Most state parks in Connecticut offer at least a little bit of hiking. Those that don’t, like this one, usually offer a ton of history. Fort Griswold was the site of the Battle of Groton Heights during the Revolutionary War. It was a brutal battle, even if it only lasted about 40 minutes. 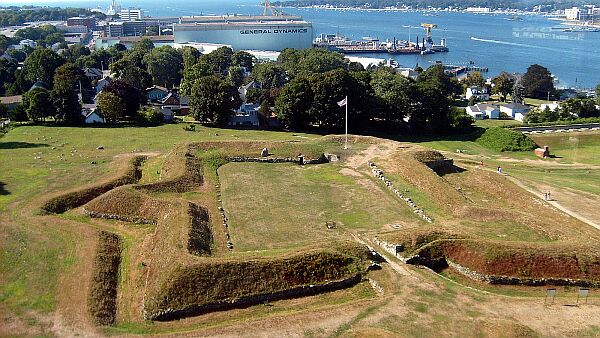 The British were led by the traitorous local Benedict Arnold. The patriot side was led by Colonel William Ledyard who ultimately died during the battle, along with 85 of his men – and about 60 British. Which is nuts for such a short fight. There’s a lot of CTMQ going on here, so let’s check it out.