Are you comfortable? Good.

You have clicked on what is one of my most favorite places in all of Connecticut. Large outdoor sculpture parks are always high on my list, but Hogpen Hill has the added bonus of being created and owned by none other than Edward Tufte. 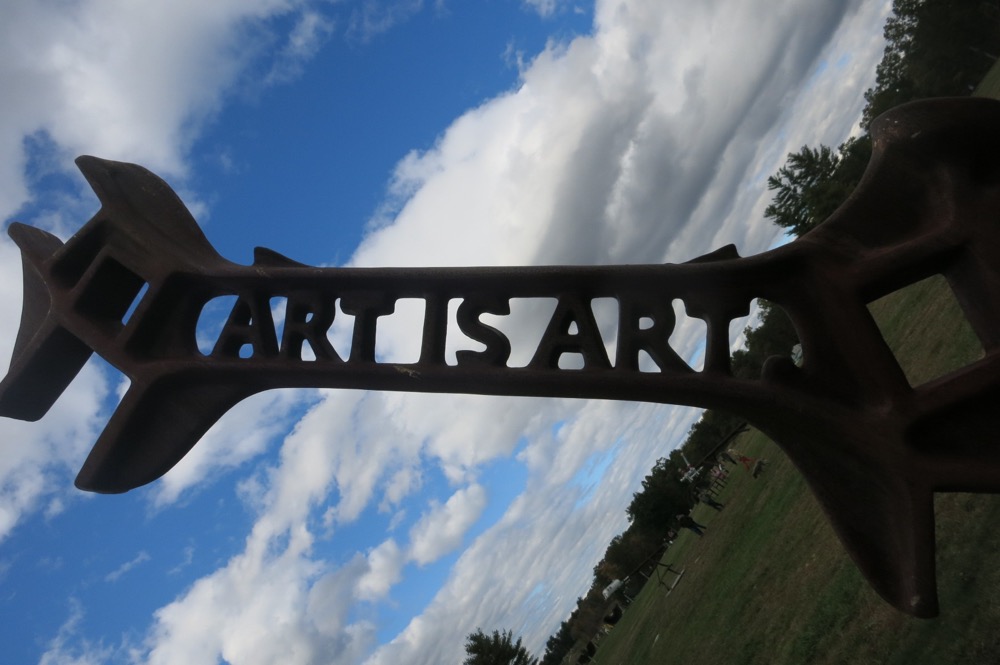 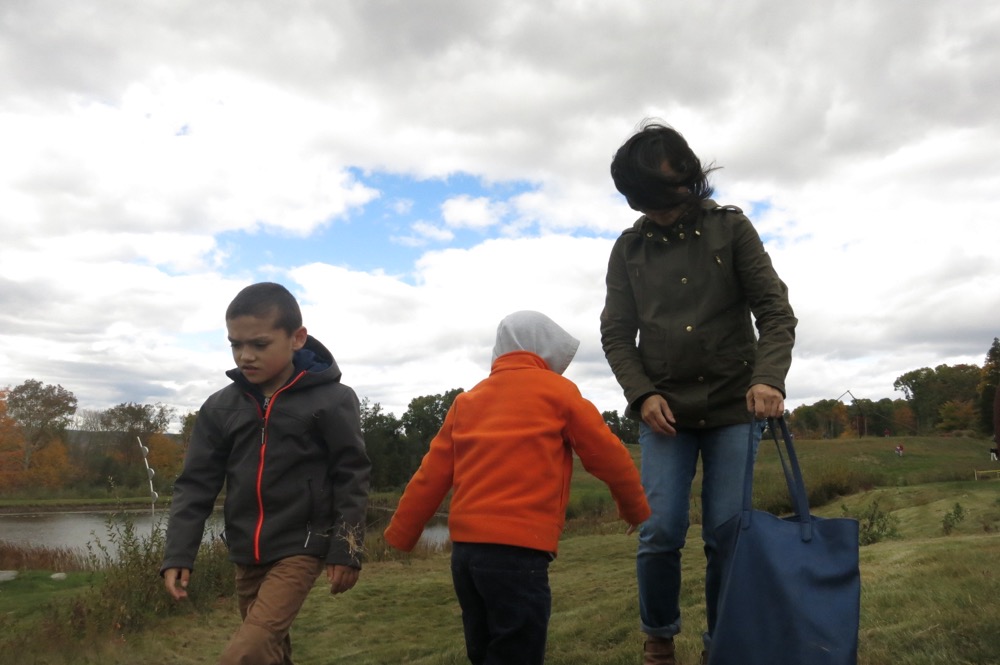 I know that name likely doesn’t mean that much to you, but in my particular corner of the professional world, he’s a legend. ET, as he is known (possibly not just because of his initials, but also for his otherworldly genius and creativity), is a statistician and professor emeritus of political science, statistics, and computer science at Yale. He is noted for his writings on information design and is a pioneer in the field of data visualization.

You want books? Tufte’s written books. And I own those books. I love these books. They are my friends. 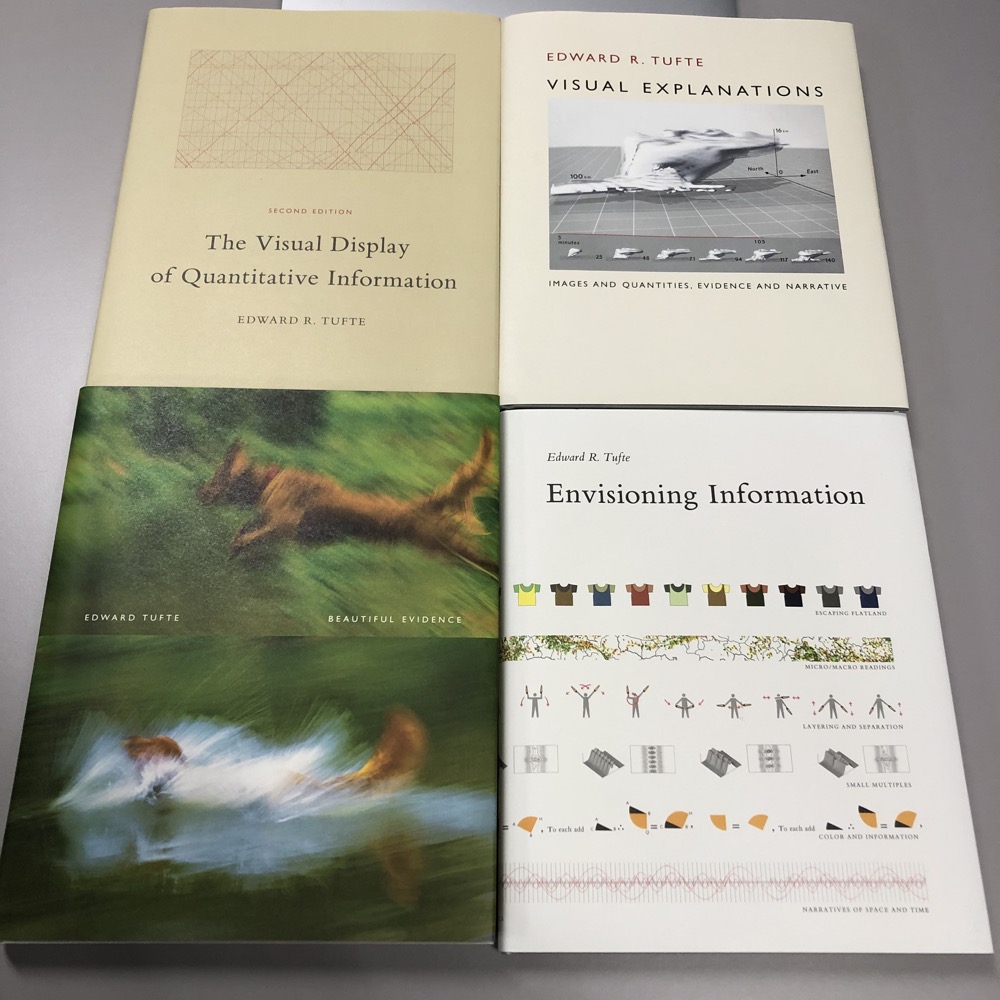 Imagine my glee when I started watching “The Social Dilemma” on Netflix, which explained a bit about the terrifying world of social media and online giants tracking our every click and search and how they created the online bubbles we all live in which ultimately led to the 21st century rise of the real world alt right and eventually the Q idiots and…

Sorry. Anyway, the documentary starts off with this: 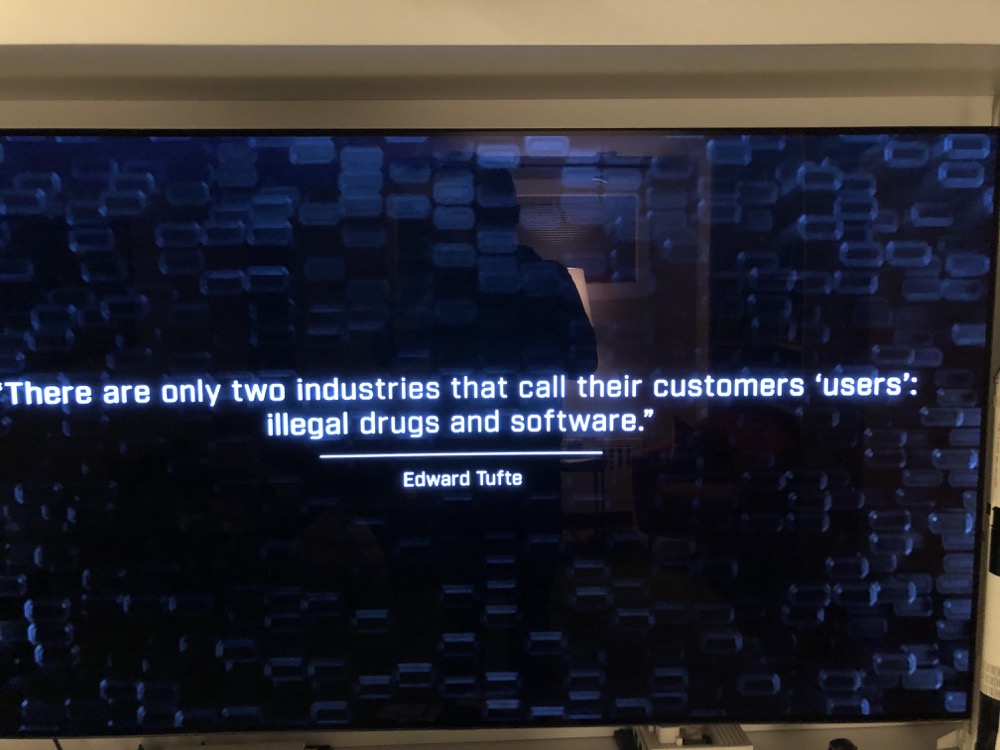 Edward Tufte! On Netflix! Yeah, I got a little excited. Excited enough to leap off my couch and take a picture of a TV screen instead of just typing it out apparently. As this page is about Tufte’s sculpture and art and my experience with it, and I don’t want to bore you all too much, I’ll try to limit my fanboyism to just two or three paragraphs.

Tufte revolutionized data visualization by actually thinking about it beyond pie charts and bar graphs. He’s approached the discipline as a cognitive science rather than just sloppy Powerpoint templates. From a 2004 interview in Technical Communication Quarterly, surely one of everyone’s favorite publications:

His emphasis on identifying design principles that support cognitive tasks has led him to distance his work from other arenas that also deal in design, such as marketing, propaganda, and commercial production for mass markets. Rather than spending time thinking about how design works in arenas such as these, Tufte opts to study designs that are primarily meant to help people reason about data and how the data may be used. As he said, “At their best, graphics are instruments for reasoning.” 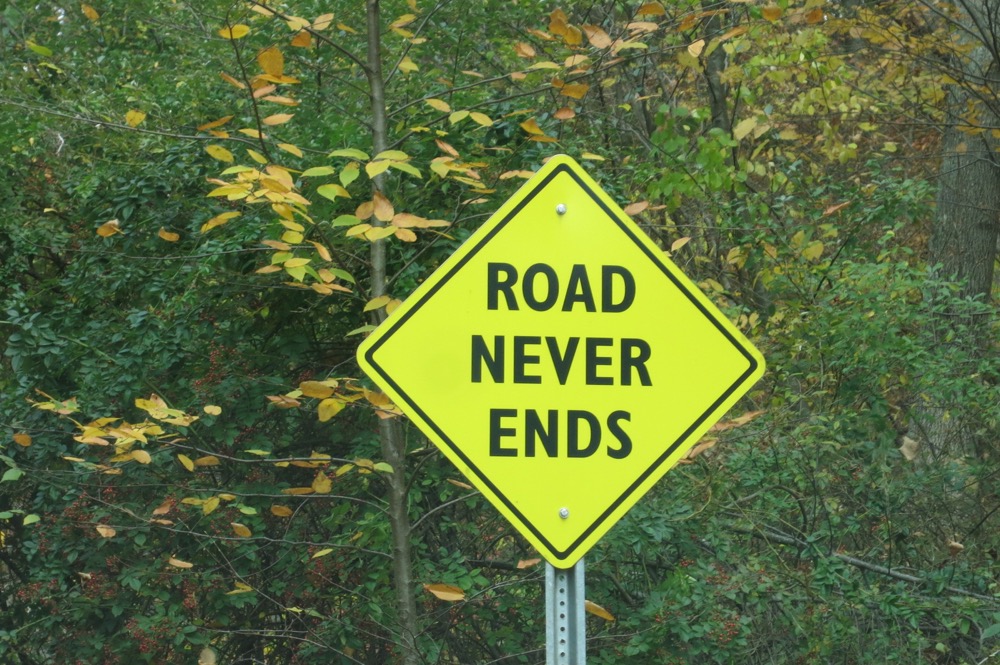 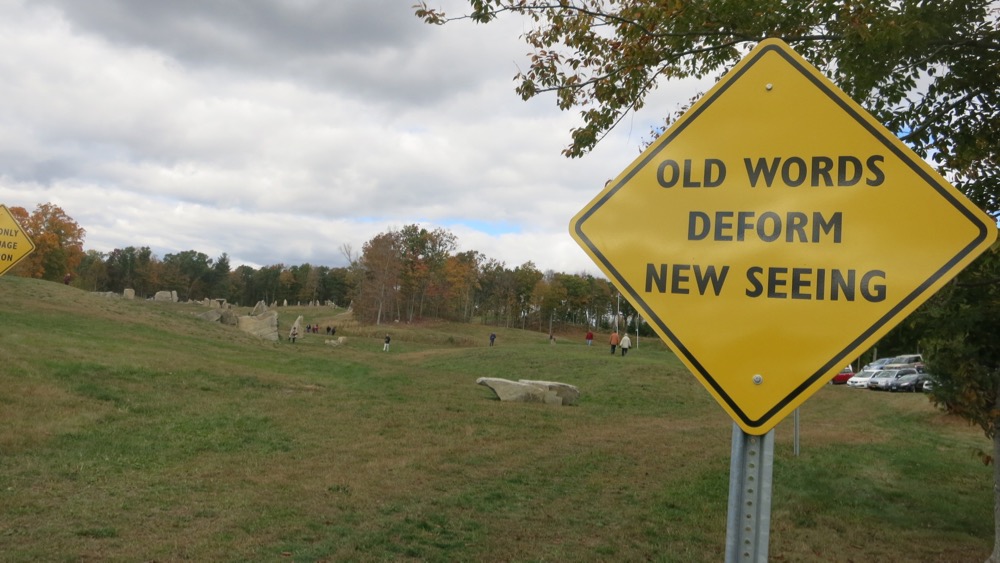 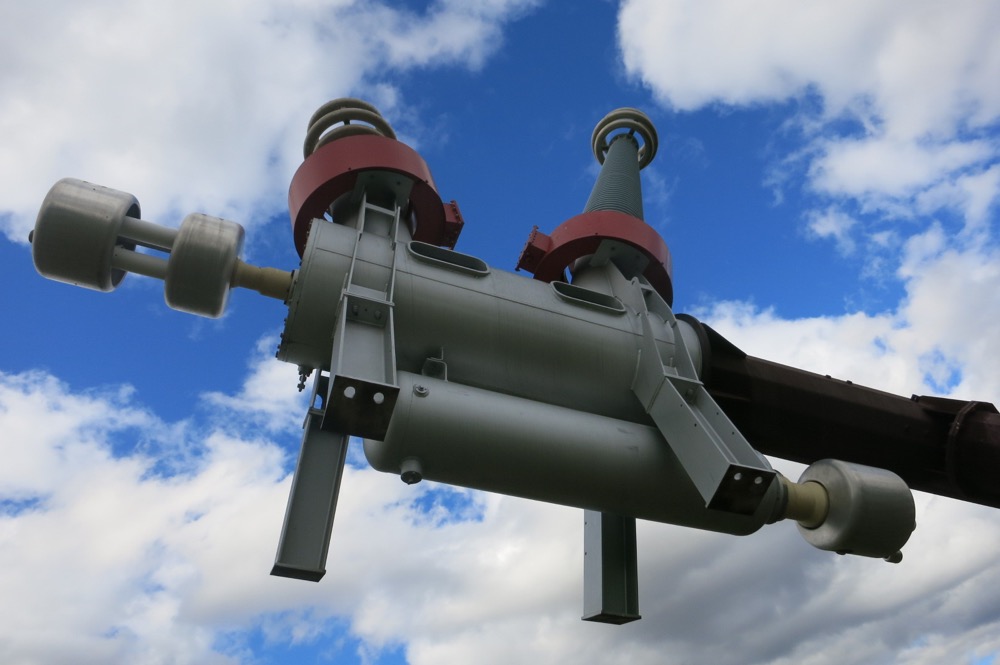 This focus has led Tufte to become a harsh critic of design practices that obfuscate rather than reveal. He is noted, for example, for coining the term “chartjunk” to label graphic design elements that decorate thin data or complicate complex data. The value he places on eliminating superfluous design elements, however, should not be confused with an overarching emphasis on simplicity. Most of the examples he deals with in his books are sophisticated designs that exemplify rich, complex data and ideas. For example, he examines how graphics can best represent multivariateness in time and space…

Oops. I’m boring you after all. Sorry. But hey, I know some of you have had to work with, oh let’s say a consulting firm named… let’s call them “McBinsey”… and their endless pages of “chartjunk” that only “obfuscate rather than reveal.” I swear it’s part of their modus operandi. 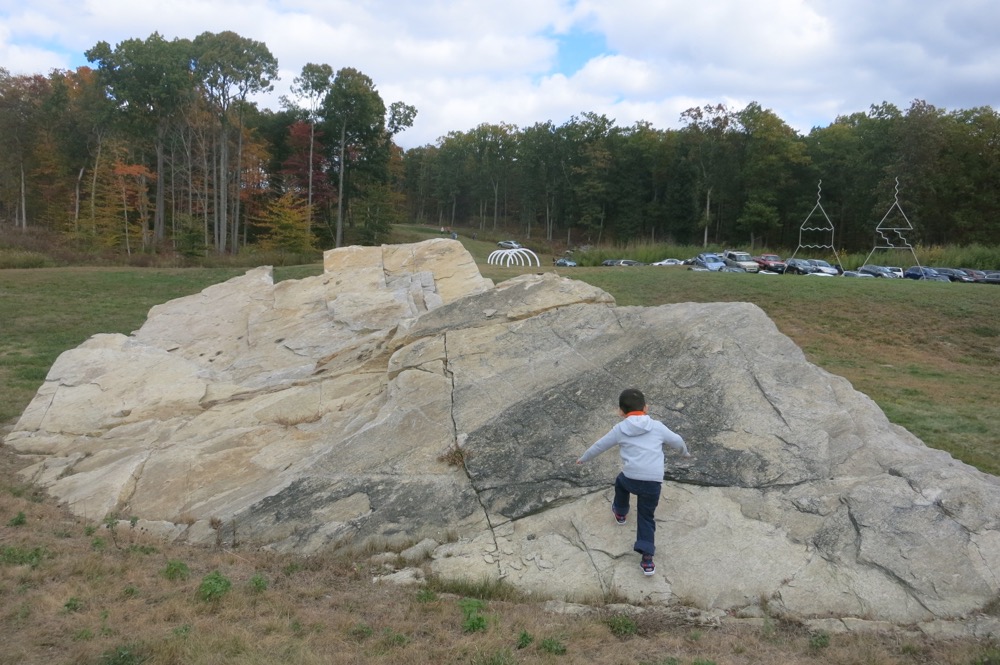 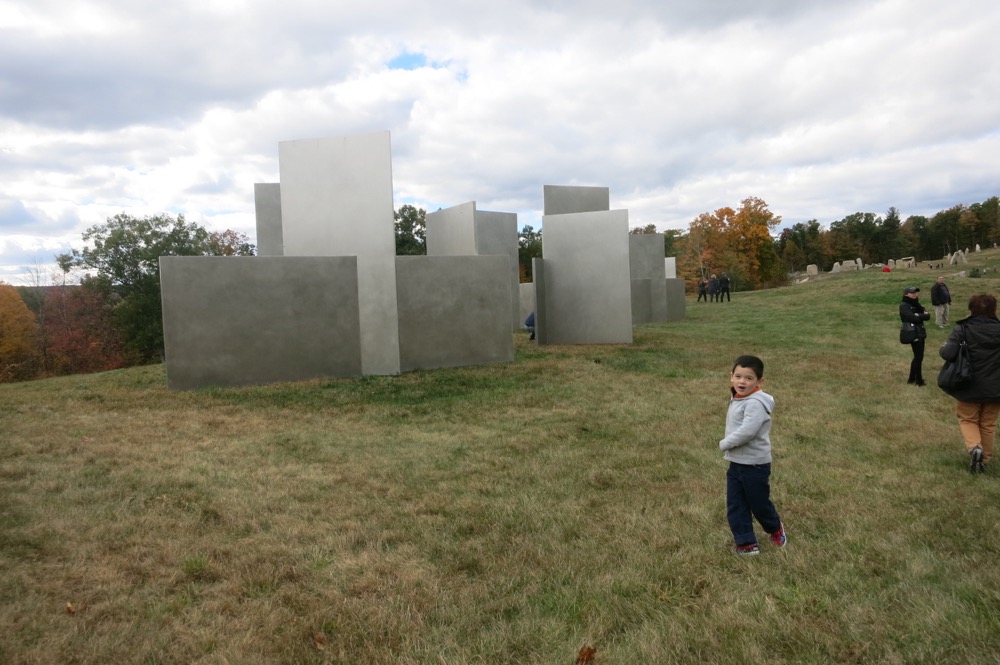 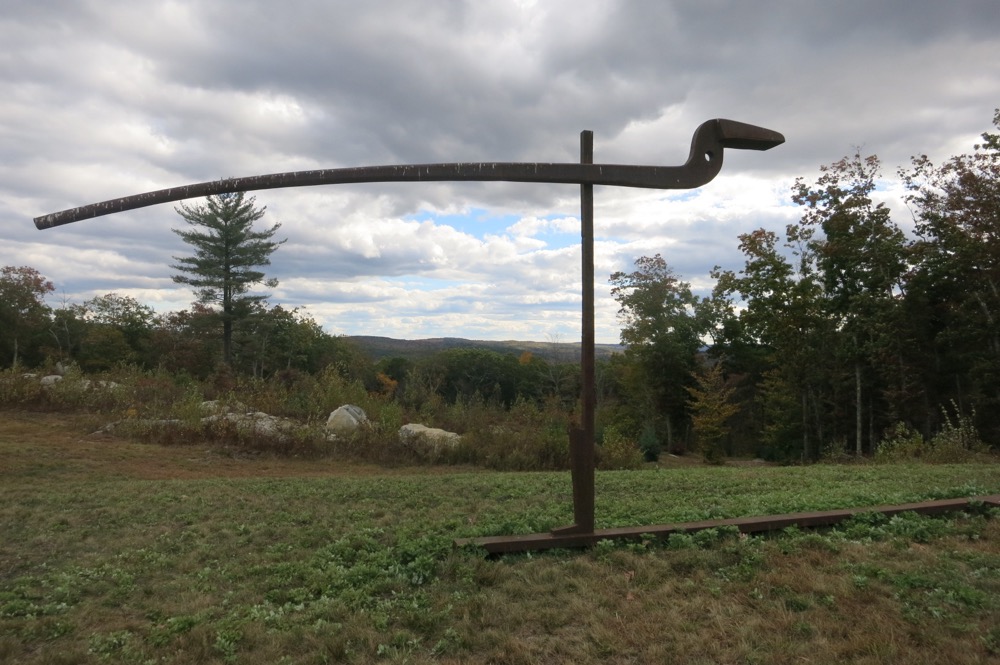 Tufte retired from teaching at Yale in 1999 to his home in Cheshire. He bought the land in Woodbury with the intention of making it an outdoor art park featuring… his own sculpture. Even though he had barely begun sculpting at the time. Bold. Egotistical? Oh, sure, but don’t you have to be to do something like this? Pretentious? At times, yes.

He opened Hogpen Hill to visitors about ten years after beginning to create it. In 2021, the entry fee for a car is $80. Egotistical? Pretentious? Well, a visit to Storm King in New Windsor, New York would cost about the same if you showed up with four people in a car. However, Hogpen is $80 bucks if you show up alone in a car, whereas Storm King would be $20. And Storm King is over twice as large (500 acres to Hogpen’s 234.) 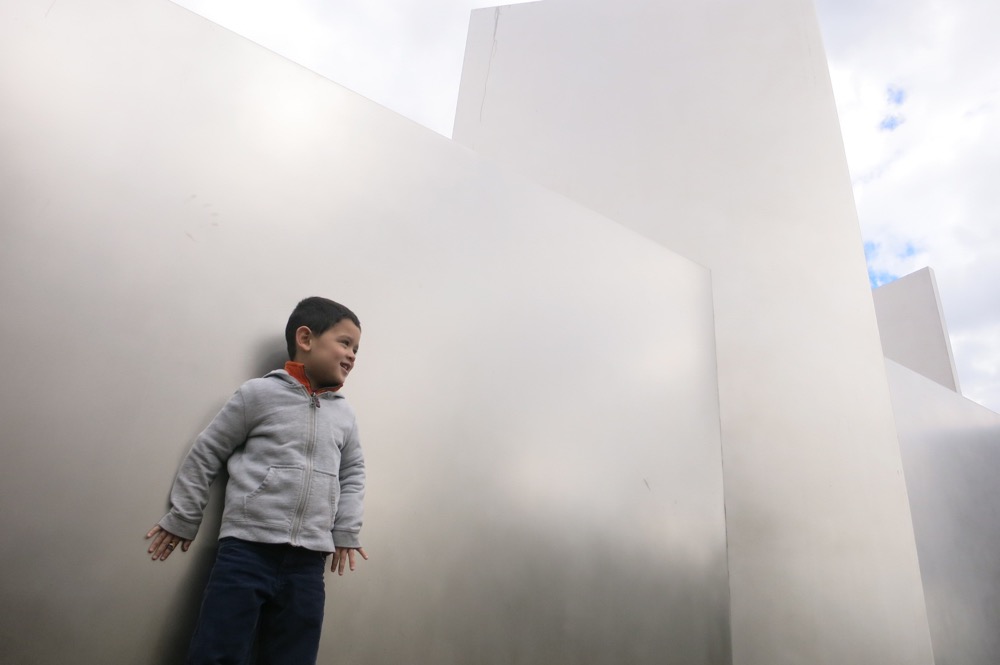 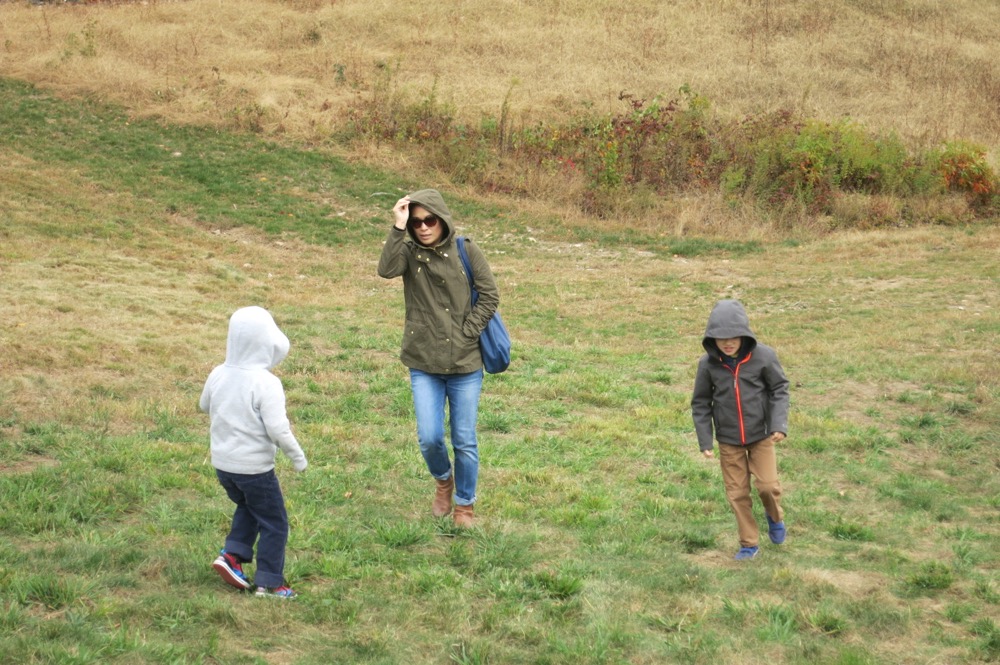 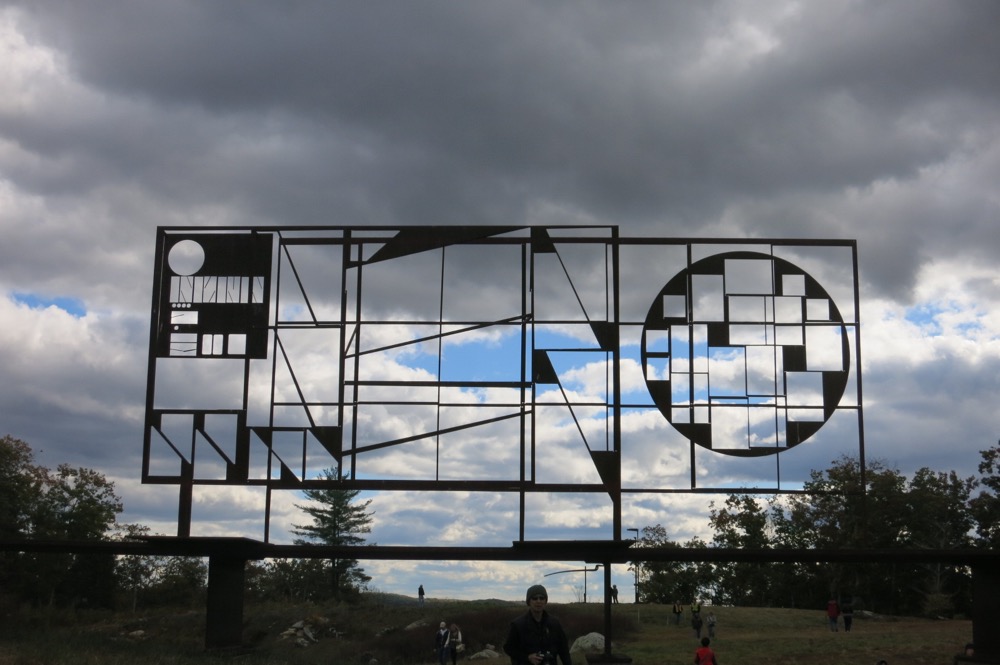 It’s an interesting pricing scheme; by car rather than people. There’s more than enough room for the people, but not for the cars, so I could make Tufte’s argument. And hey, it encourages carpooling and perhaps exposing your friend to something they didn’t think they wanted to see.

Because you’ll want to see Hogpen Hill. It’s fun and whimsical and cool and interesting. Tufte places his pieces “just so” within the landscape to best highlight whatever it is he’s trying to highlight. He seems fascinated by the fact that one piece might look one way on a bluebird June day and completely different on a rainy October morning. 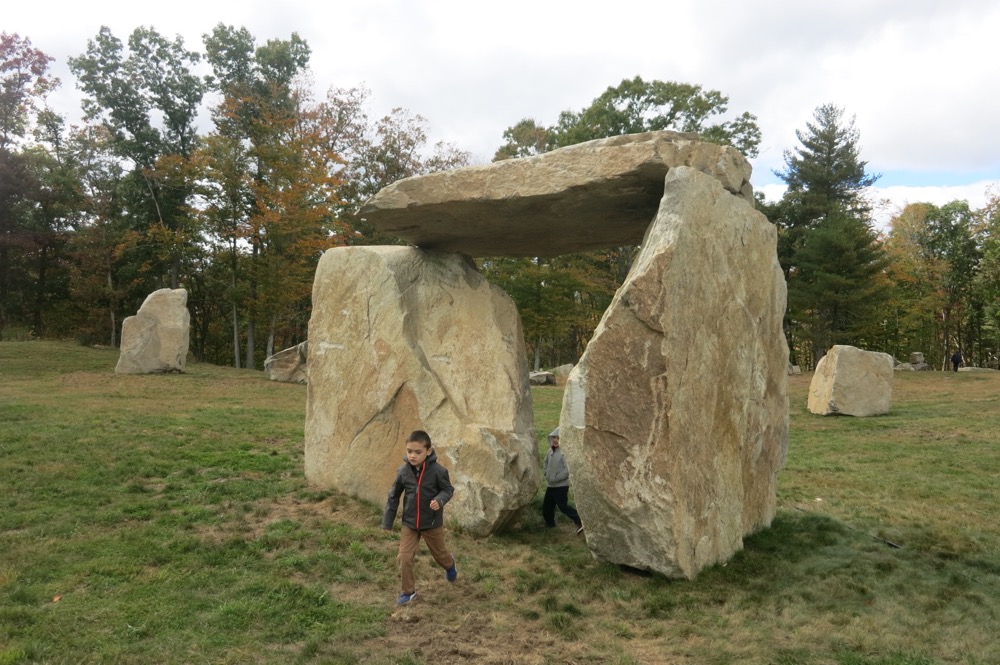 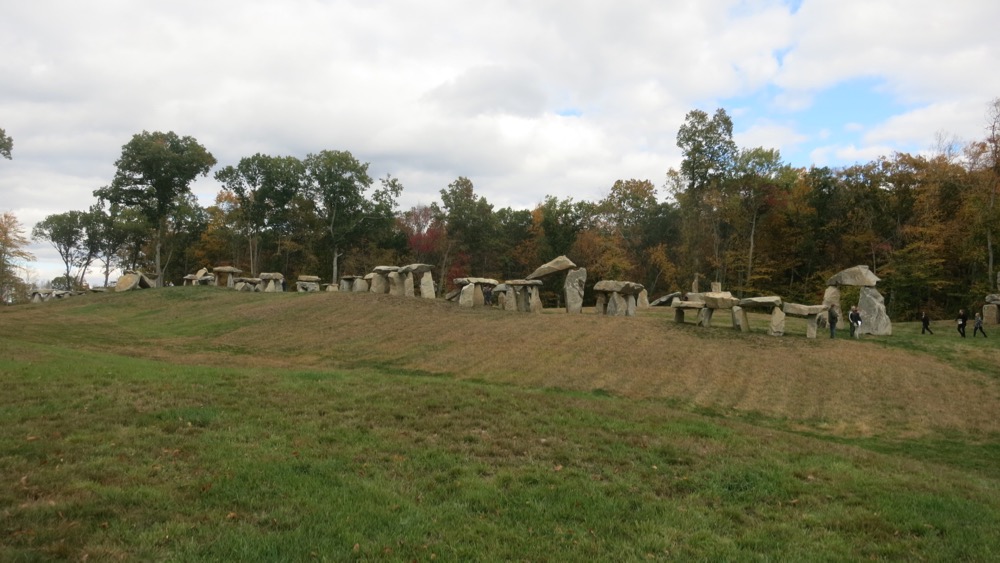 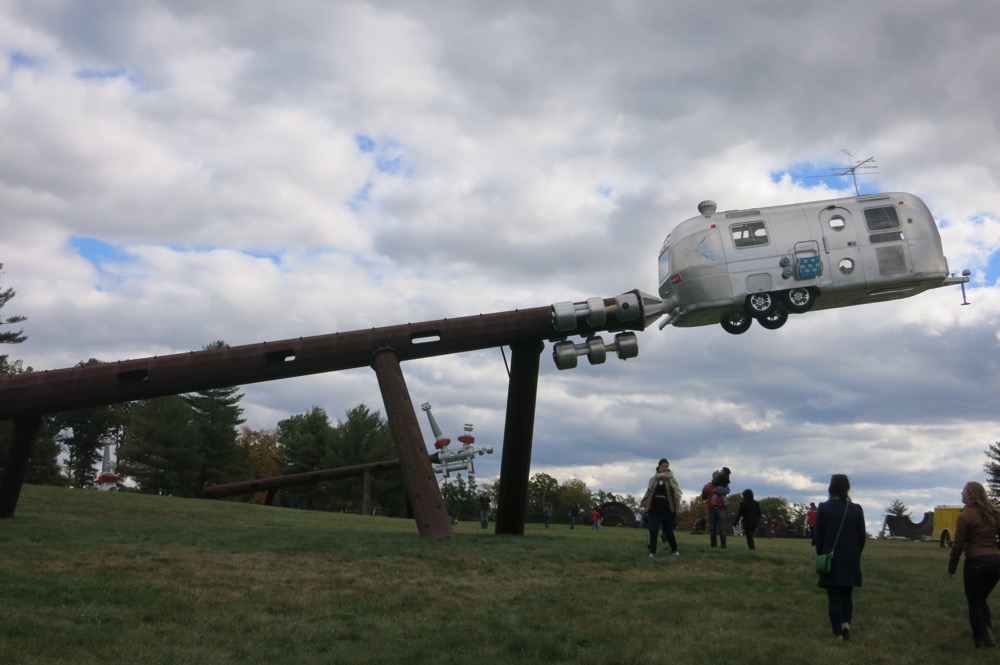 I don’t disagree with that notion at all; as a frequent hiker four season hiker in all sorts of weather, I experience this regularly. And perhaps it’s why I’m so personally drawn to outdoor sculpture parks. The placement of the art is just as important – if not more so – than the sculpture itself.

I’m a notoriously bad and rushed photographer for this website, but look! Even I was able to take some cool pictures here. Tufte knows that when he places a tall oil derrick sized sculpture on a hill that people must walk up towards, their line of vision will often force them to see the art with white clouds on blue sky as a background rather than the greens and browns of the landscape. 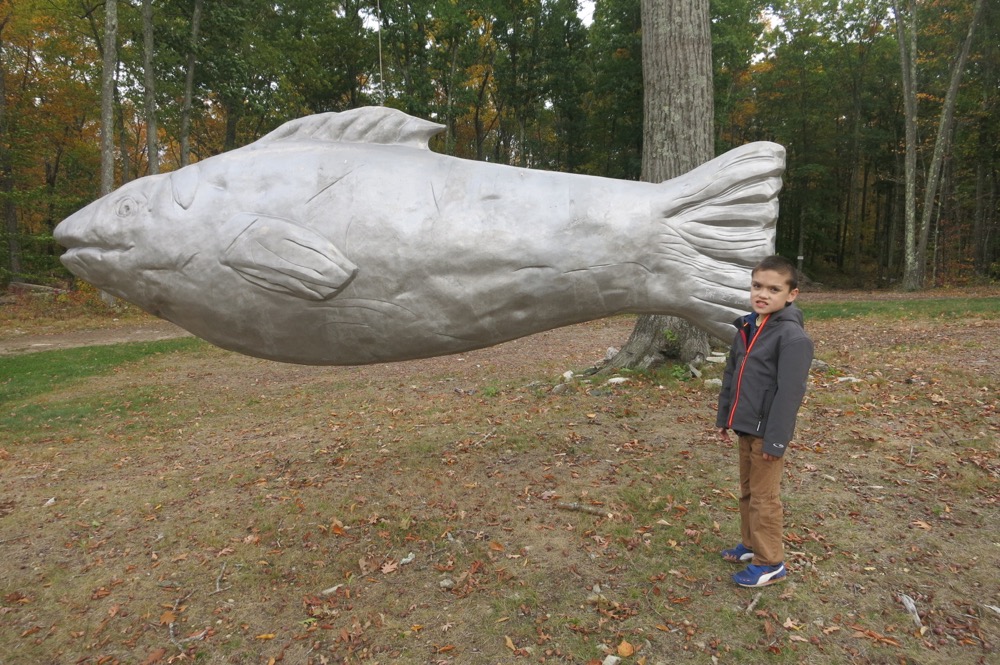 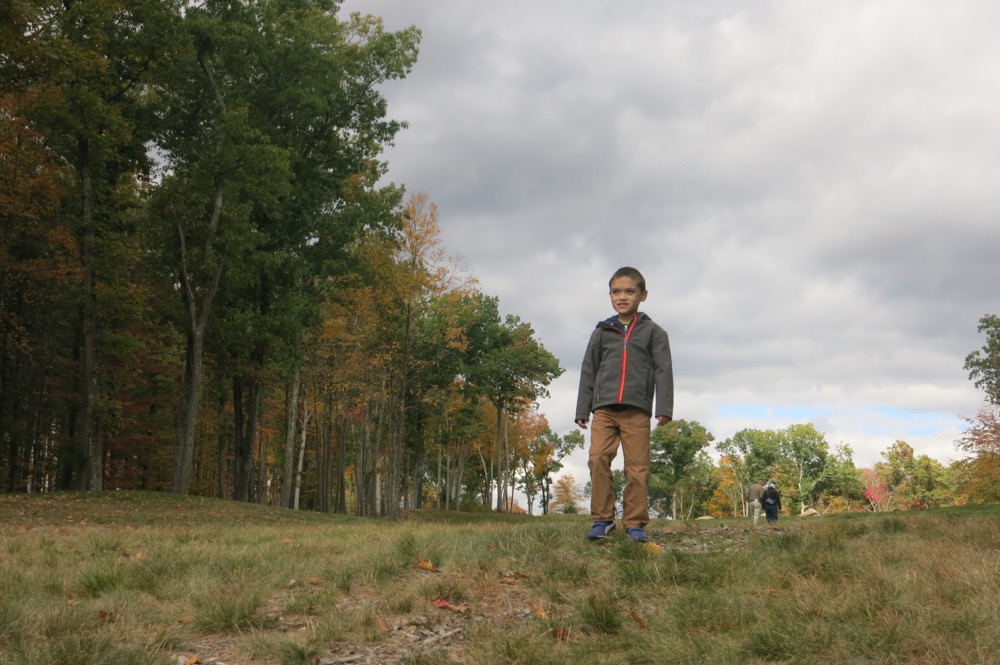 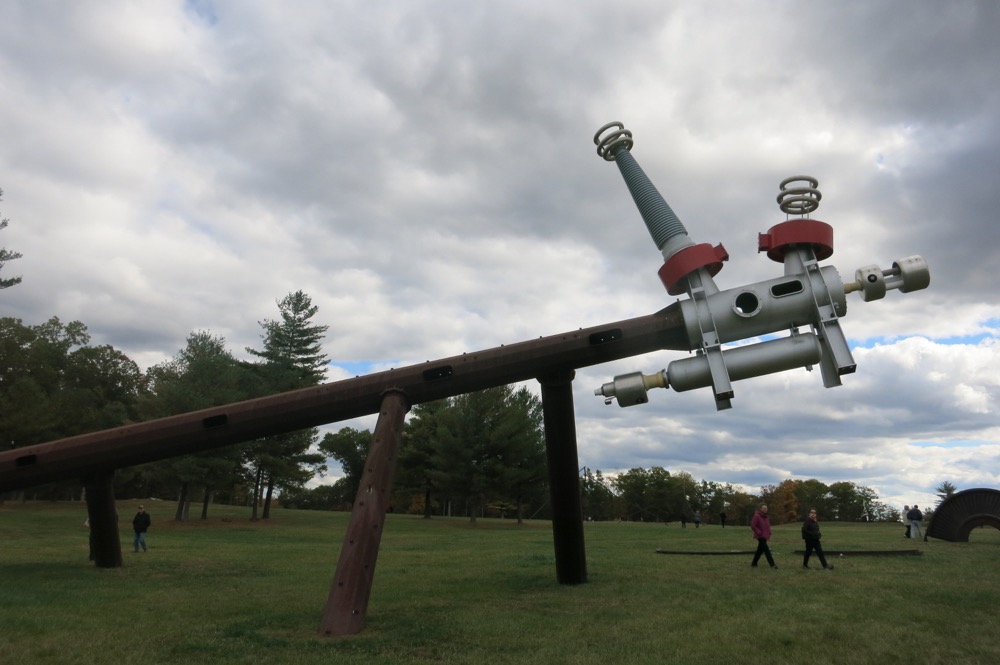 Since our first visit in 2015, Tufte has added several sculptures and signs. He’s also moved some pieces that he saw fit to move; at least those that could be moved. Several are massive stone monoliths that might be here as long as Stonehenge has been around.

Each piece has a long explanation and discussion forum dedicated to it on Tufte’s expansive website. You’d think the “funny yet provocative” fake road signs on the winding entry driveway would be fairly self explanatory. Well, if you’d like to learn more about the philosophy behind each, Tufte’s other ideas for similar signs, or forum contributors’ thoughts about them, here you are. 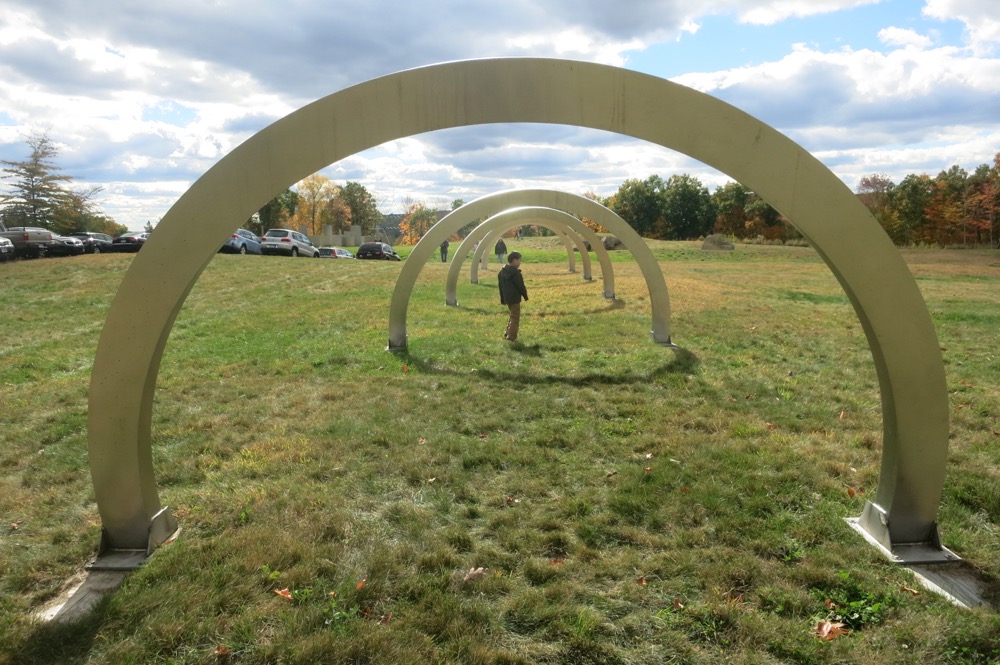 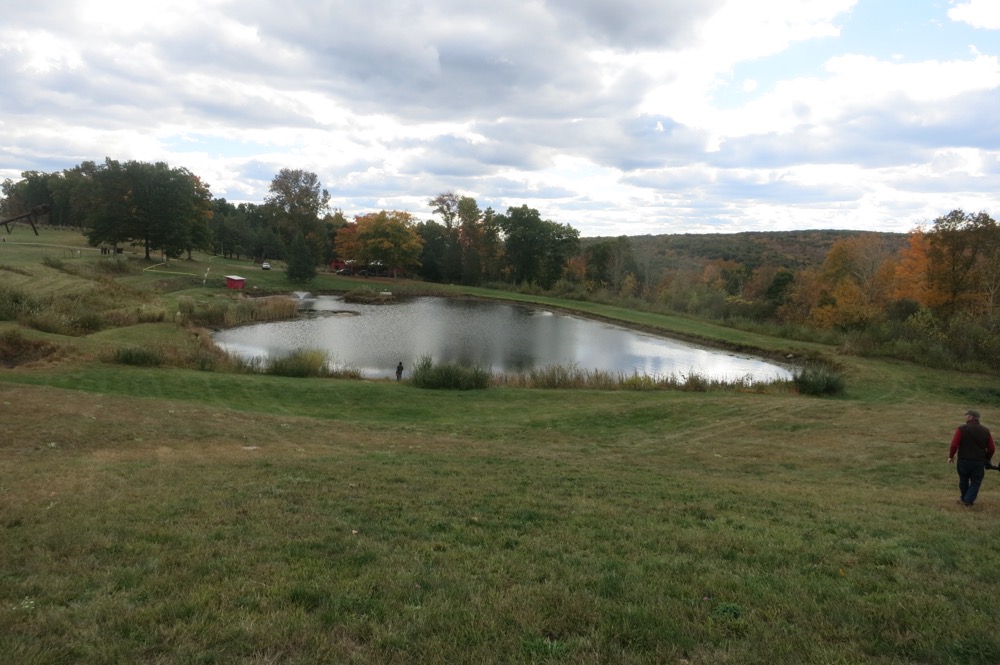 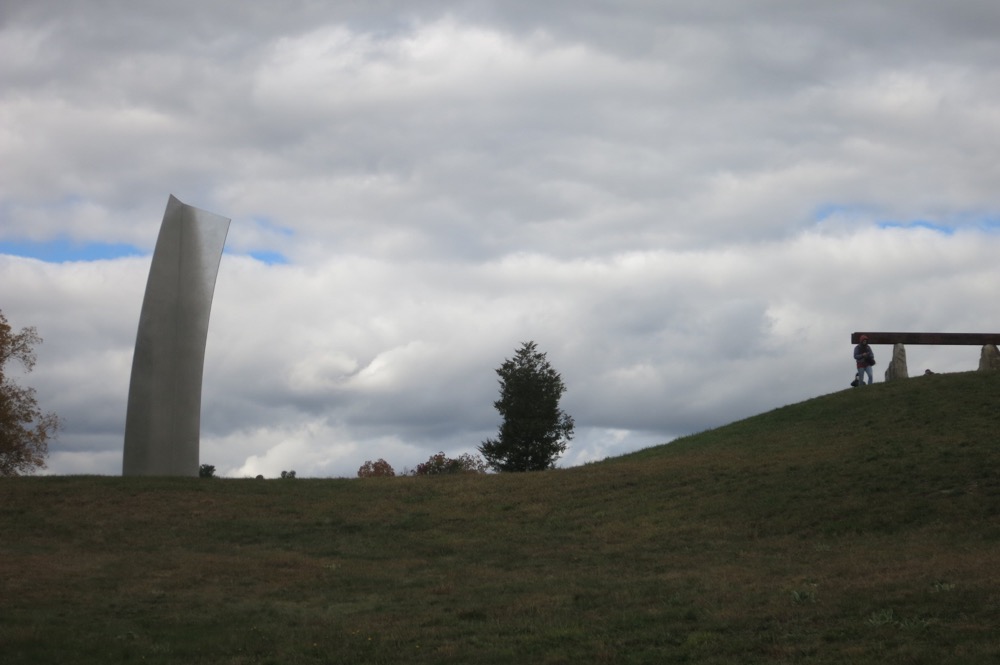 Each piece has a forum page. Online artist statements per work so to speak. I rather like the idea of visiting Hogpen Hill and having that experience unencumbered by pithy or wordy explanations of what you’re seeing. To borrow a Tufte sign phrase, “Shut Up And Look.” Form your own experience. Laugh at what you find funny, answer your own internalized questions about why there’s a fish floating in the sky, and form your own opinions as to why a piece is placed where it is.

Then, if you feel it necessary, spend the time to read what the artist’s process was to create, form, and place the piece and what he thinks it means. Take, as another example, Tufte’s first sculpture, The Twigs. “This piece is 32 feet or 10 meters tall. With 99%+ air by volume, it has a lightness, a non-monumental quality, a large presence. It is about airspace, torqued steel lines, shadows.” 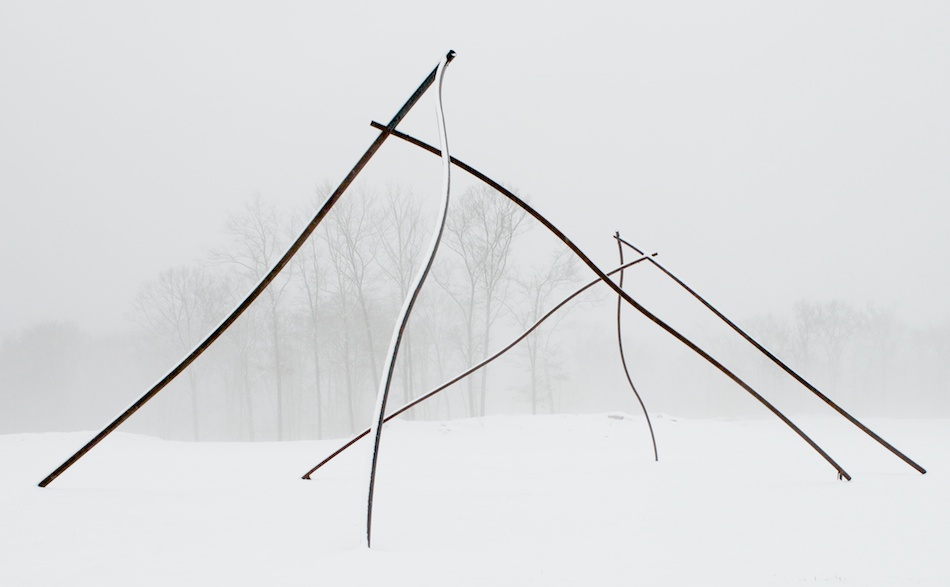 You can stop there… or you can continue reading the thousands of words about what this seemingly fairly simple sculpture means to Tufte and others. It’s creation, models of it, photos and videos of its installation, etc. It’s fascinating, really. You can go down the Tufte rabbit hole for hours with this stuff. Especially as there are about 100 works on the property.

The wide range of sculpture here means that there’s something that will appeal to everyone. My four-year-old had a blast here as did my nine-year-old. At their level, this stuff is just fun. Hoang and I took a more contemplative approach and appreciated the placement of the pieces and the expansive views Hogpen’s hillsides afford. (We also appreciated the fact that we can walk for miles, up and down slight hills, as this place is not exactly easily traversed by the less mobile.) 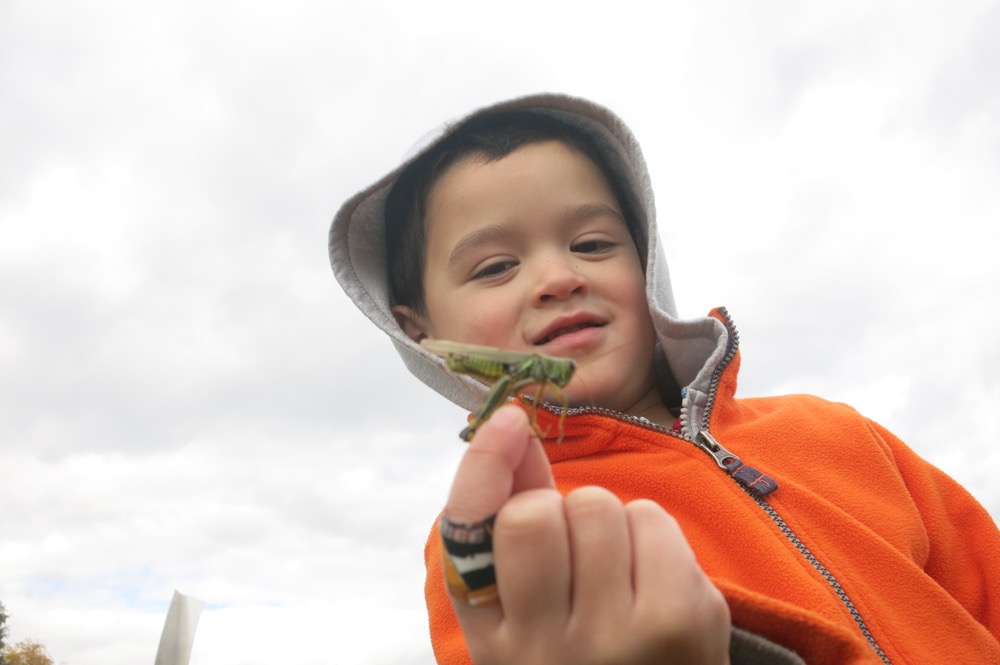 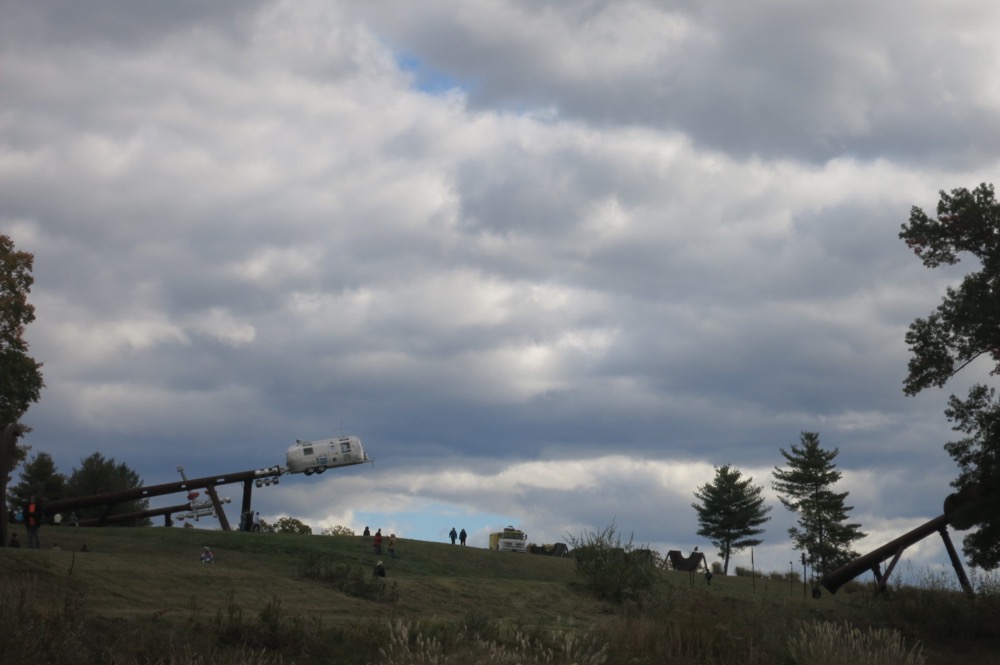 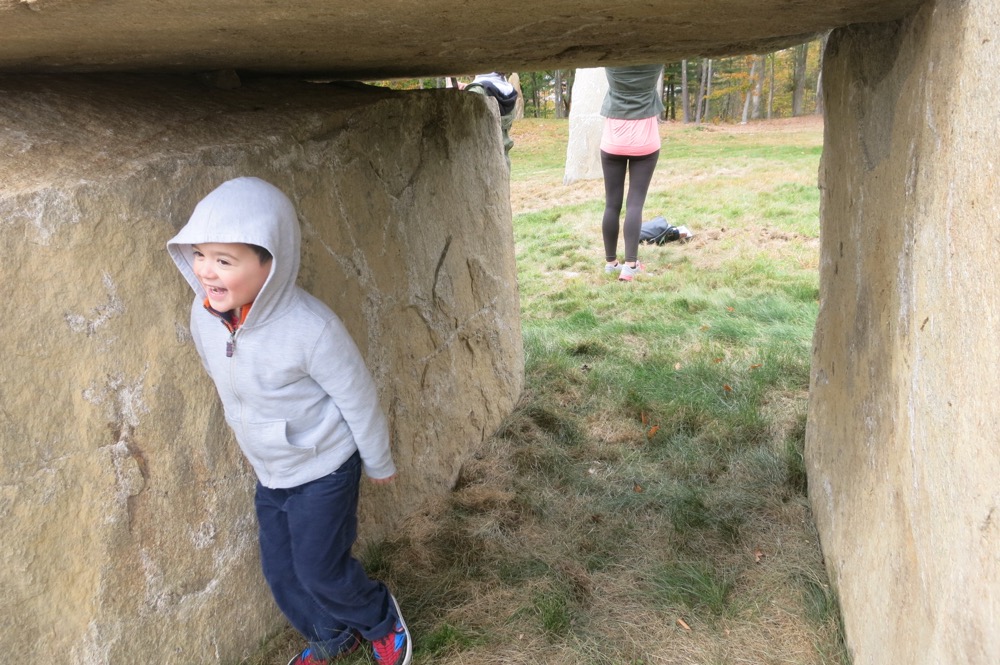 I think I’ve said enough. Hogpen Hills needs to be experienced in person, ideally more than once and in different seasons and/or weather. Edward Tufte is a brilliant and complicated man and his work – both academically and artistically – needs to be contemplated and chewed upon by your brain, not mine. (Please, don’t use my brain for anything.)

Bring a picnic lunch, and bring your kids. Take your time. Many of the sculptures are tactile and can be touched and a few can be moved. The artworks will remain in open space in perpetuity, managed by a foundation after Tufte is no longer able to do so. This is a gift to Woodbury and Connecticut and when all is said and done for me here on CTMQ, Hogpen Hill Farms Sculpture Park will very likely be one of my top 10 instate destinations. 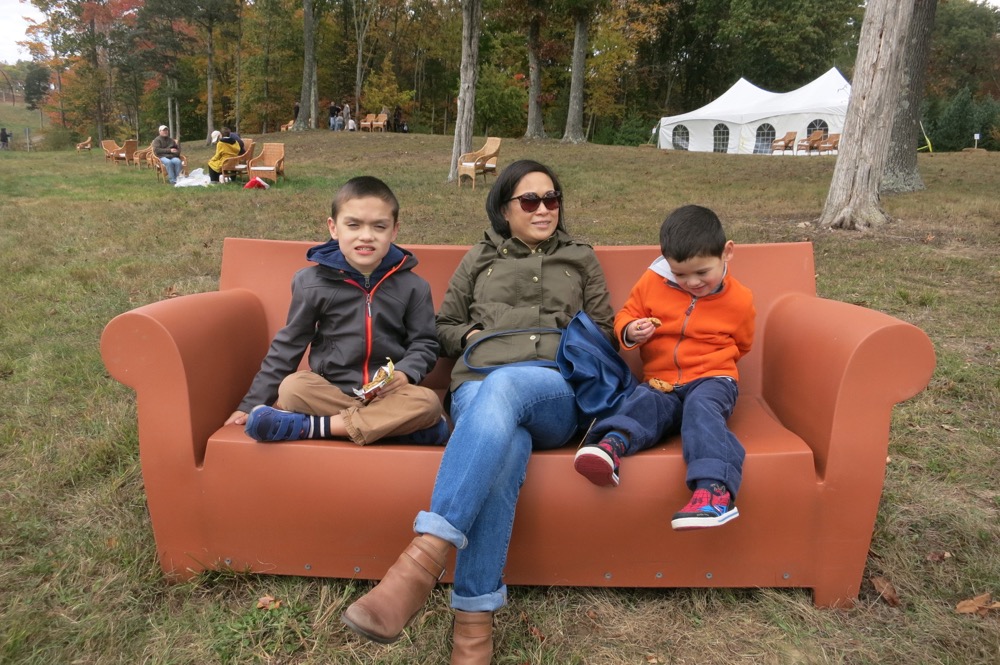