Downtown Bristol, baby. Certainly one of the favored whipping posts of state residents. Not quite a big city, not a suburb, Bristol falls somewhere in between; a post-industrial small city that never regained its footing after several large businesses left. 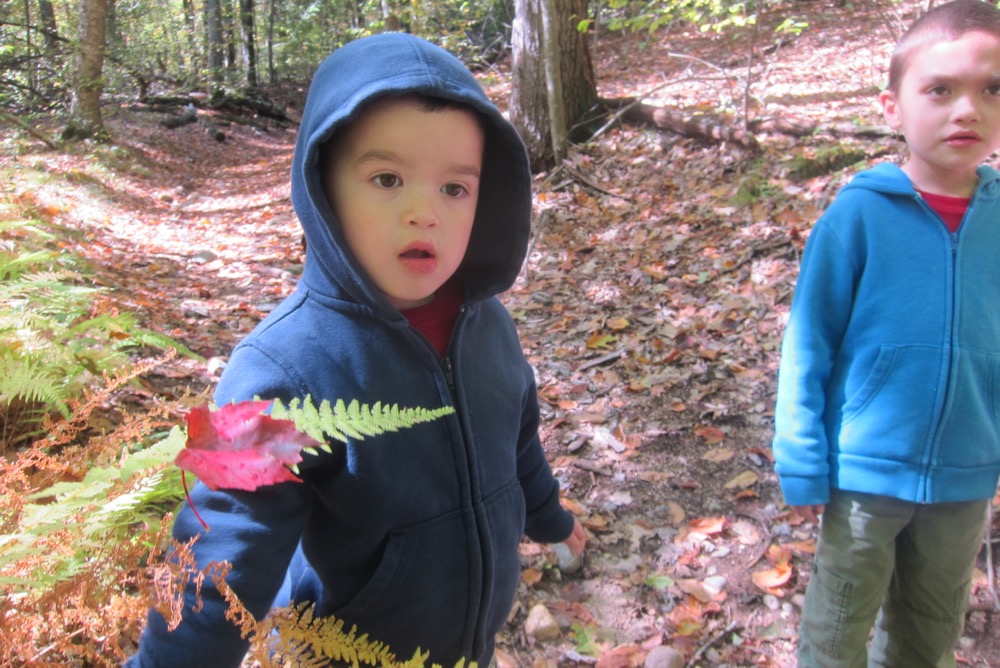 But goshdarnit, I can’t think of another town or city that promises revitalization more than Bristol. And for good reason – it’s the home of ESPN of course, but it’s location is certainly prime for a rebirth. If there was a race between New Britain and Bristol, two very similar municipalities, I think New Britain is winning in the early part of the 21st century.

New Britain has Walnut Hill Park close to its center and Bristol has Hoppers-Birge Pond. (The name of this place changes wherever you look, so I’ve picked one version and I’ll try to stick with it.) Every city – big or small – needs a “central park” so to speak. In fact, they need more than one, but we’ll take what we can get. 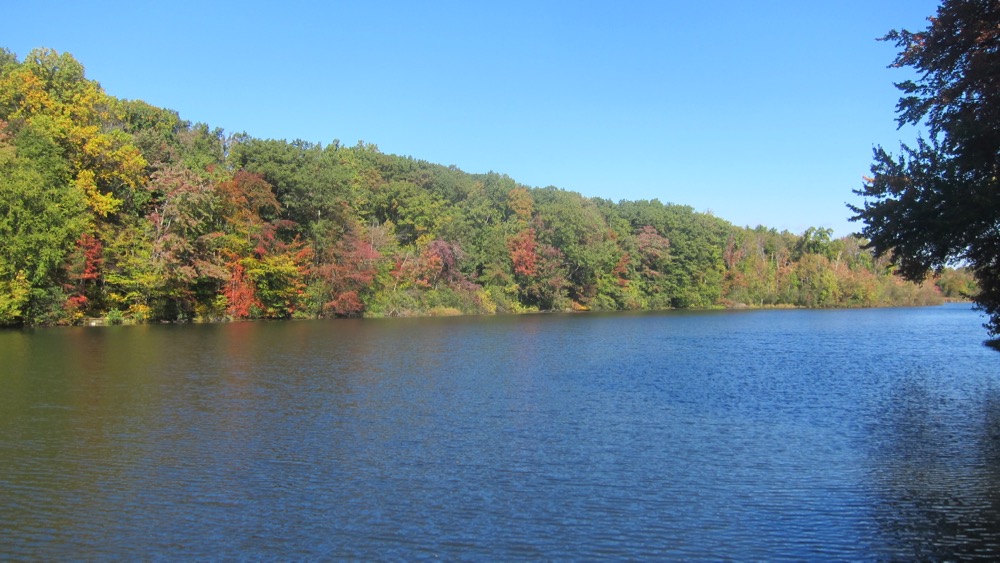 The Birge in Birge Pond is just some guy’s name I think. The Hoppers are apparently a term for the geologic term, kettles. I have never in my life heard or read kettles called hoppers, but here we are. And kettles, of course, are depressions in an outwash plain formed by retreating glaciers. And with kettles we often see eskers – winding, narrow ridges of sand and smoothed rocks formed as streams flowed in or under the melting ice.

Up at the northern end of Bristol at the Barnes Nature Center and Pigeon Hill Preserve, there are other fine examples of an esker and kettle. But this place is better for these things. 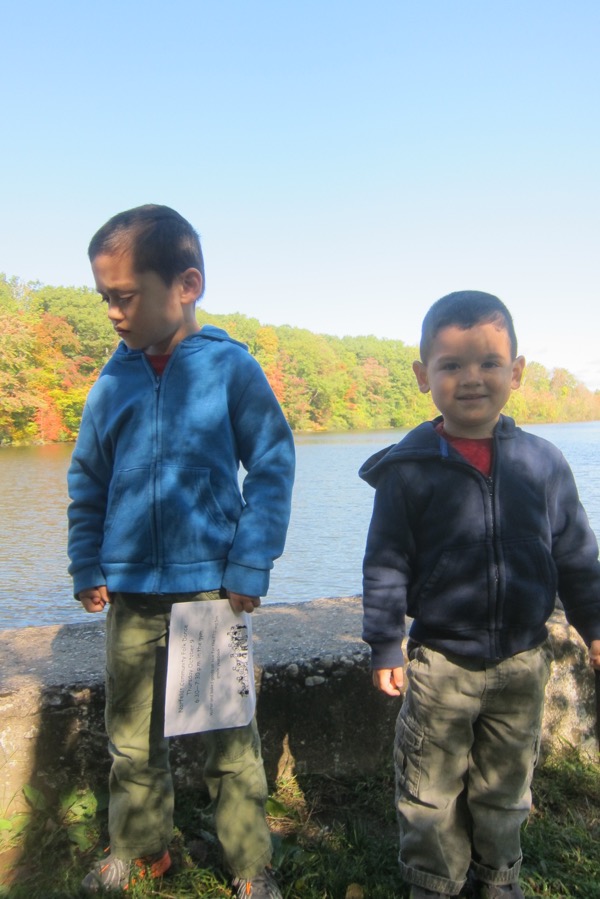 Only a mile from downtown downtown, the property was purchased from Bristol Savings Bank in 1973. Fishing and canoeing are allowed on the pond and there are many walking paths and hiking trails. It’s a pretty great resource for locals.

They even try to maintain explanatory signs here. Of course they get scribbled on and broken, but kudos for trying to educate folks on geology and municipal water sourcing history. I appreciate it! 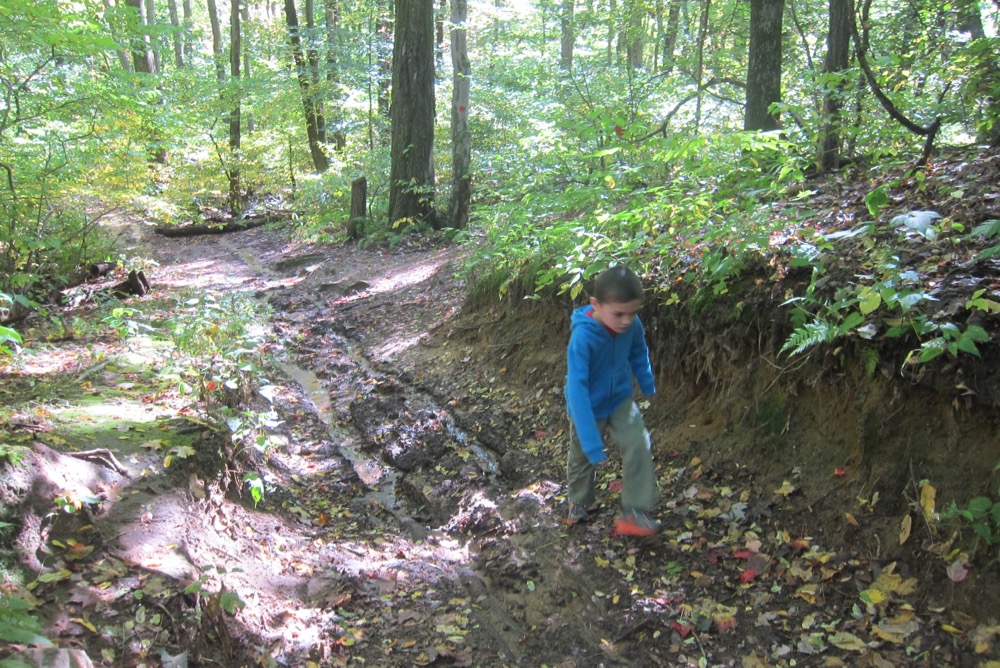 I had my sons with me on a beautiful fall day. As soon as we left the more popular pond area and entered the woods and its hills and sandy trails, we hardly saw another person. These old tote roads and trails date back the Colonial era, and supposedly some trails are old Native American pathways.

Which I tend to believe, because the “hoppers” and eskers here do make for a bit of a maze. Since they date back 20,000 years to the melting of the Laurentide ice sheet, which at one time covered present-day Canada and most of the northern United States, someone certainly sorted the best path through here 5,000 years ago. 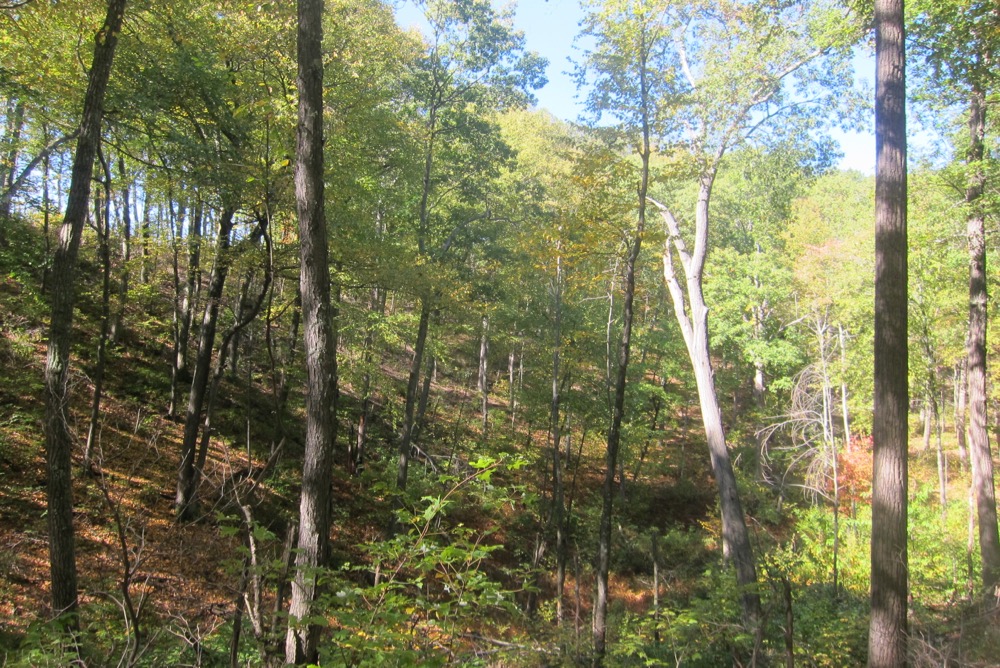 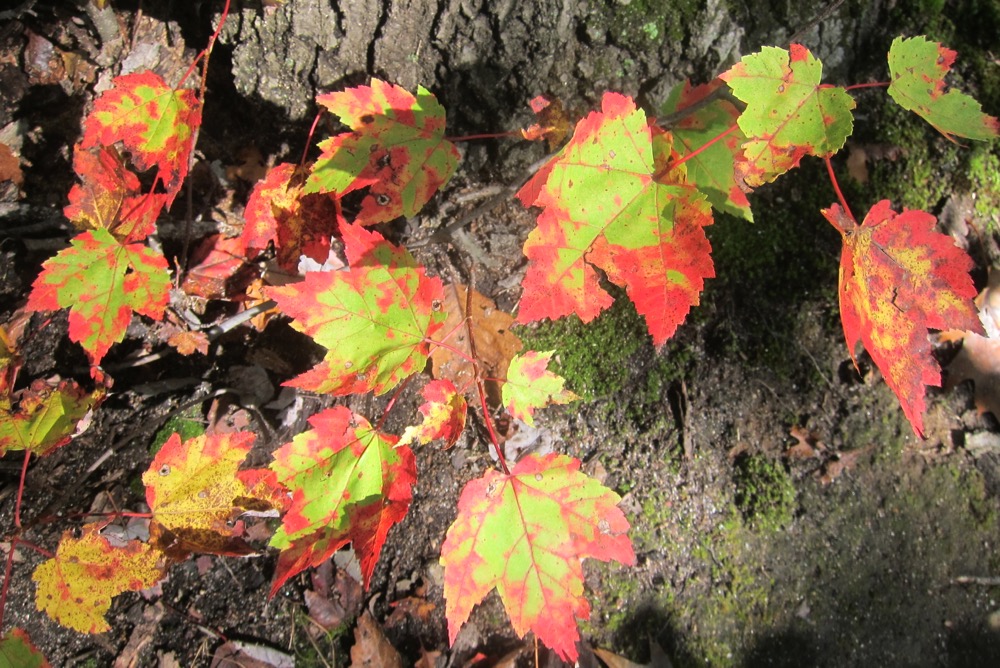 The old woods roads are deeply worn into the land. Since so much of the soil here is sandy from the glacial action, that’s inevitable. There are several trails here and we walked all or most of each one.

The trail around Birge Pond is one of course, then there are several short connecting trails north from the pond which ultimately take you to the Colonial Road and then the Glacial Trail. That’s where you want to be, as that’s where the action is. The “hoppers” and the eskers and what they call “Lookout Point.” 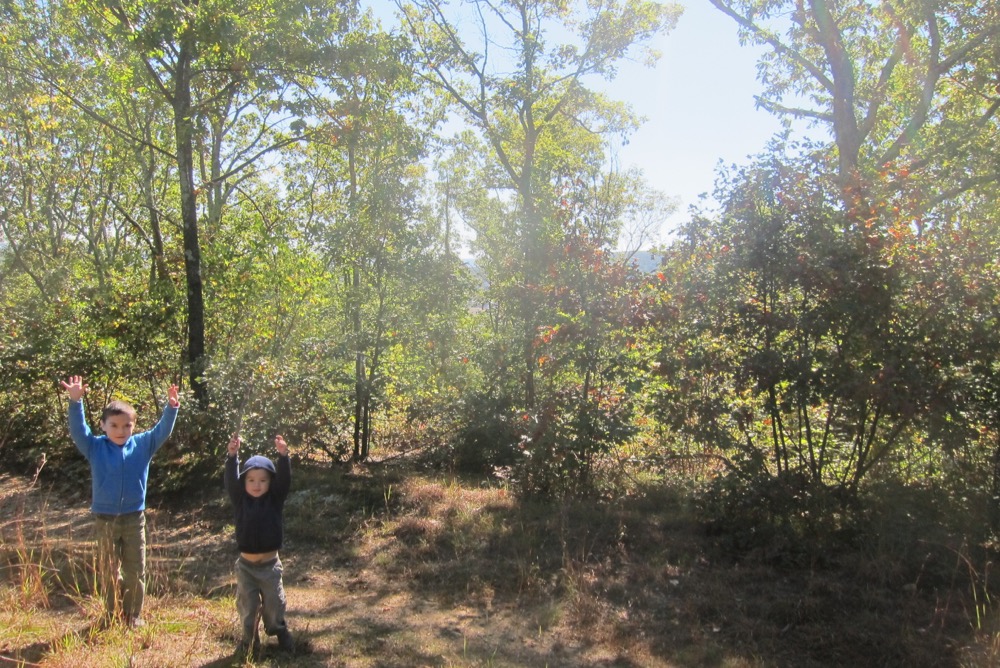 We trudged up the trail to the lookout and… couldn’t see anything but trees in front of us. Rumors say it used to provide a nice view of downtown Bristol and beyond. Oh well. Back down the hill, and – Calvin! Slow down, dude! 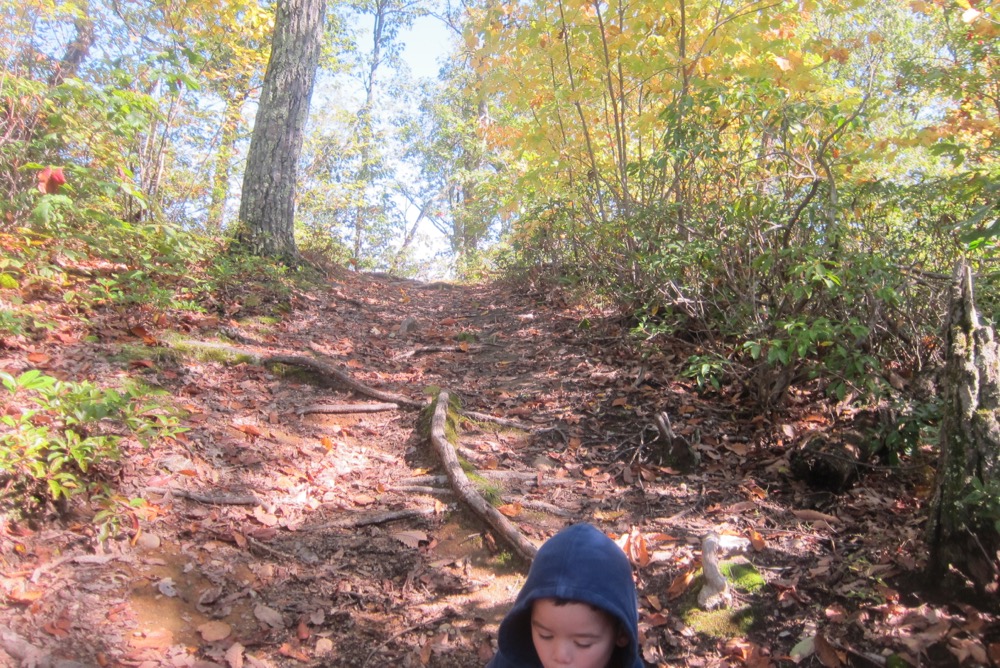 This was to be a picture of Calvin running down the hill. This was just as he was falling forward.

New parents take note: your children often won’t learn you’re right until you’re proven right. Running down an esker is fun! Even if you have little three-year-old legs. Well, it’s fun until you fall I guess. 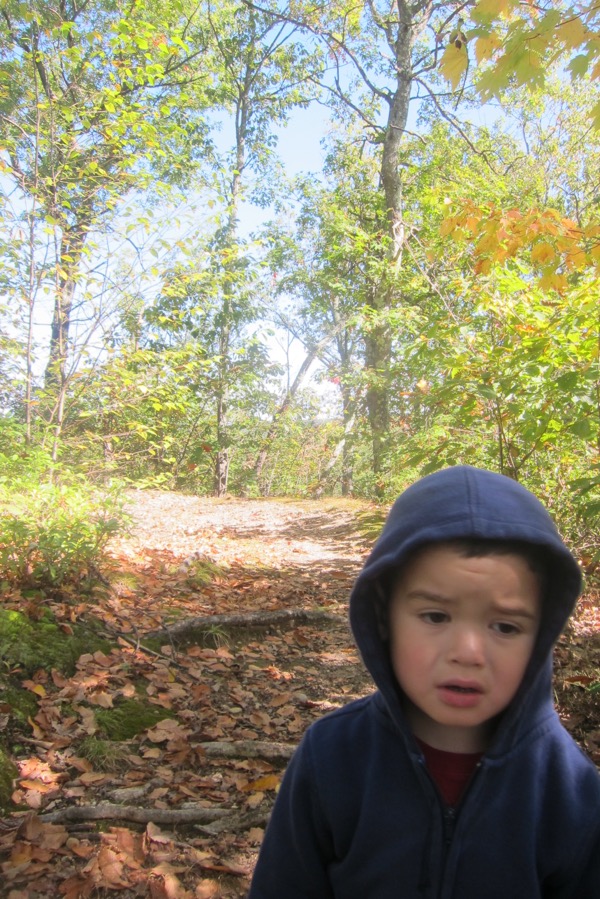 Everyone survived and we marveled at the size of some of the trees here; clearly saved from Colonial times. Speaking of Colonial times, Stephen Graves, a monarchy supporter who made the Tory Den in Burlington famous, once hid in an area of the hoppers known as Pine Hollow. 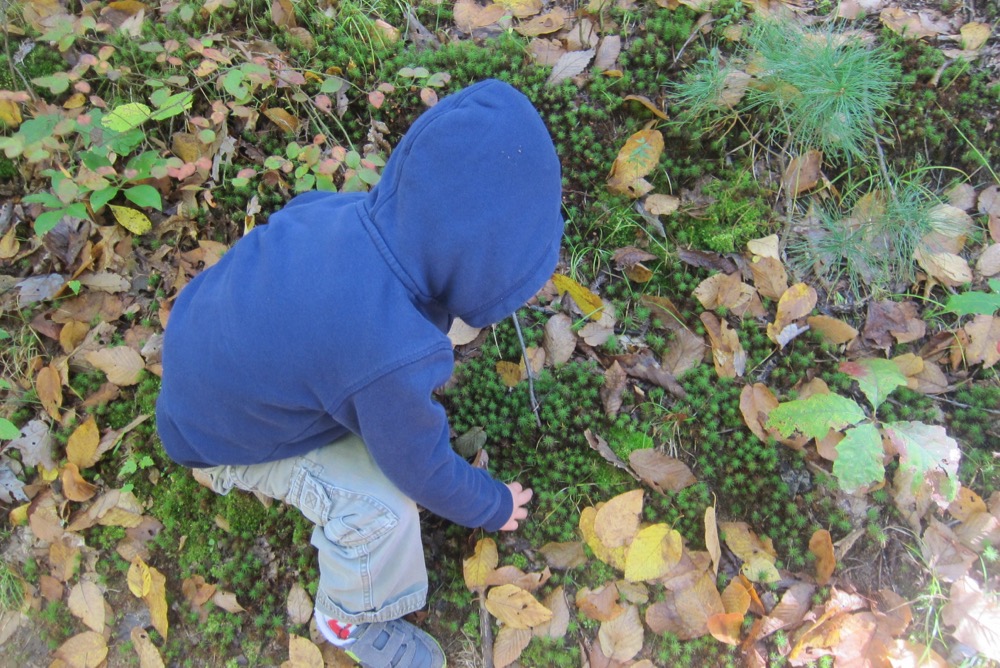 It definitely is a bit of maze here, especially with full thickets of laurel. Which, of course, makes it all the cooler that it’s so near downtown Bristol.

After 45 minutes or so of wandering around, we made it back to Birge Pond. The boys needed a rest and a snack, so they plopped down and that’s when Damian noticed something. 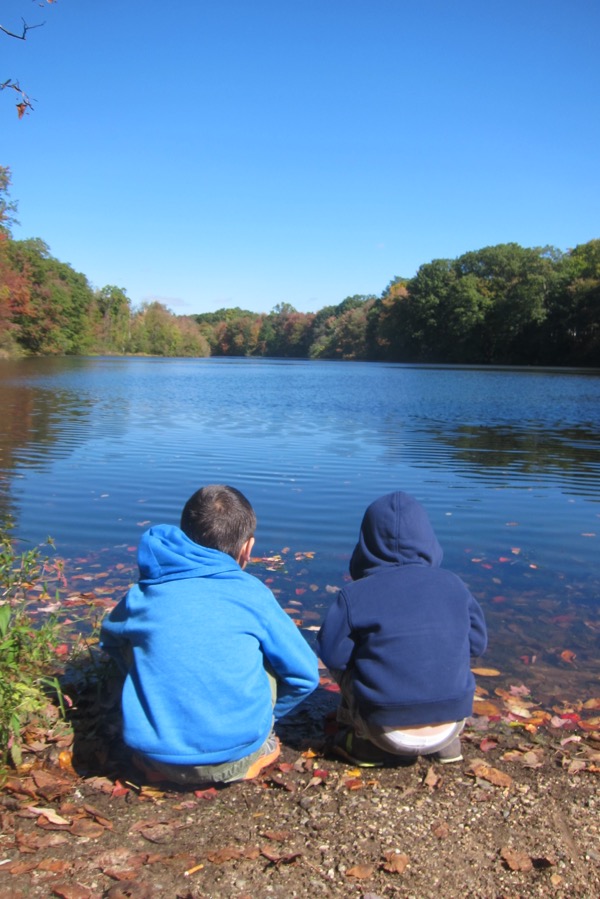 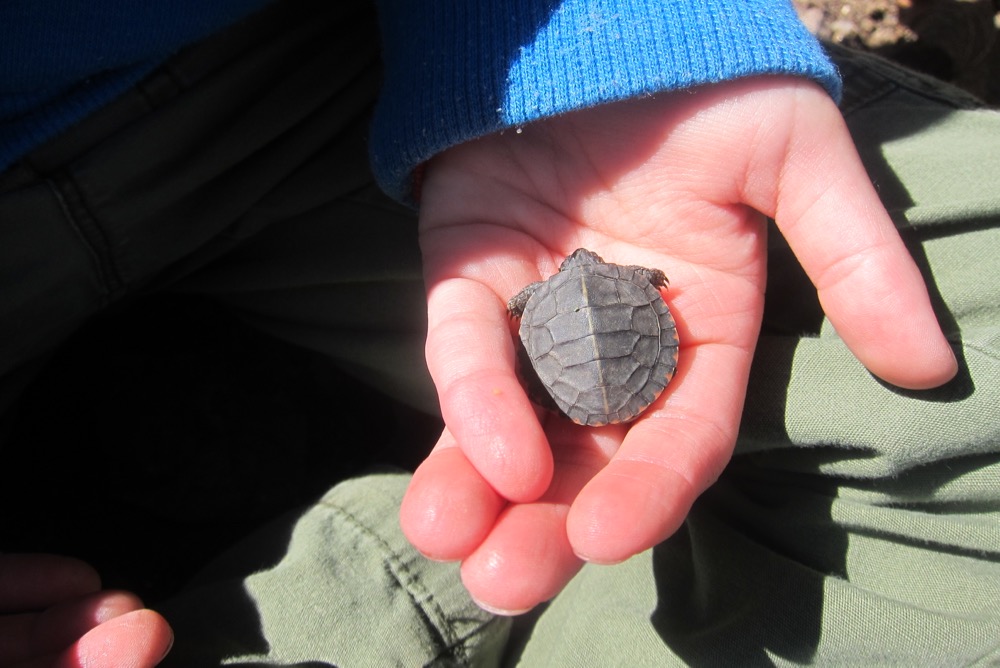 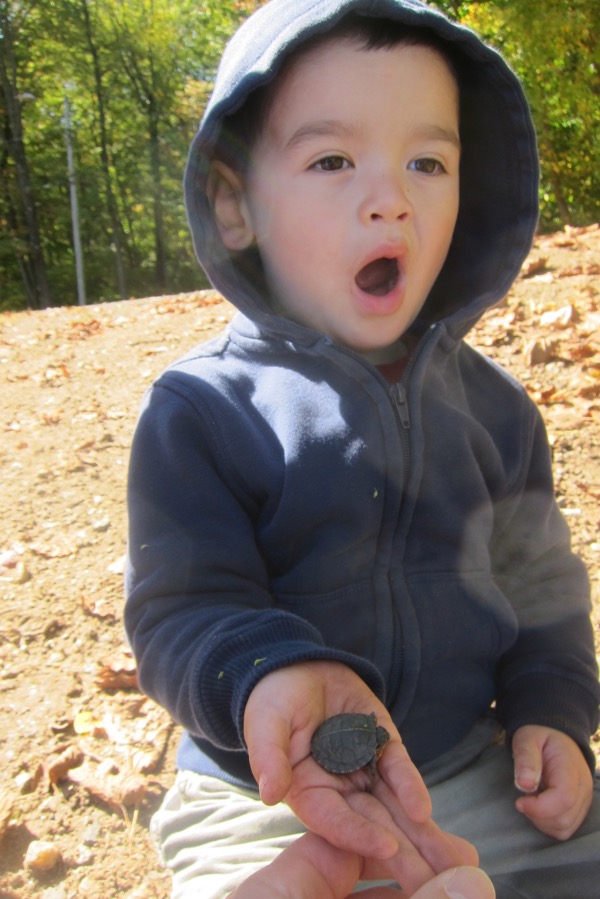 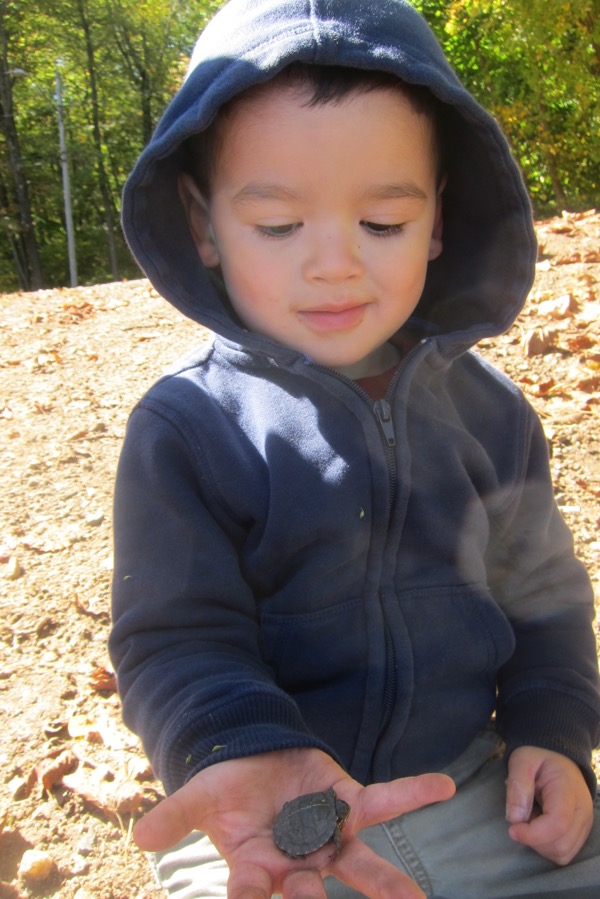 Both boys were very worried about the turtle’s well being and decided that floating it out on a leaf would be best. So that’s what they did. I’m not sure what they were expecting to happen, but they watched it just sit on that leaf for ten minutes doing nothing. So I made sure it was in a place where it could go onto the land or into the water away from where people would be, and we made our way back to the car. 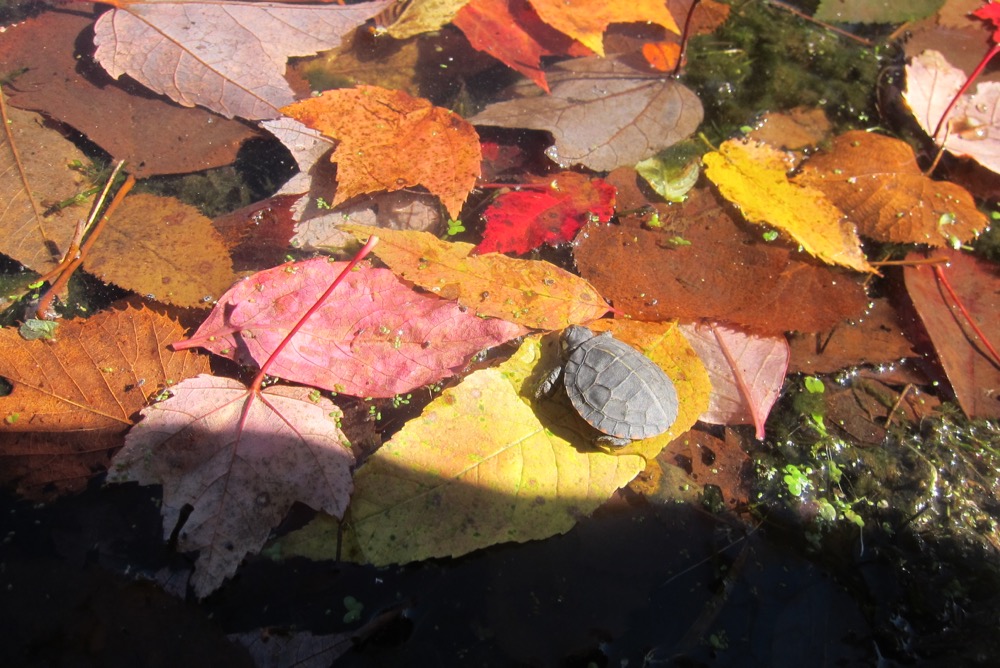 Hoppers-Birge Pond is a rather beautiful diversion for anyone from anywhere. Off the top of my head I can’t really think of anywhere with more clearly defined dry kettles and eskers snaking around them in such a small space. It may not sound interesting to you, but you may be surprised.

So hoppers off your couch and go check it out. 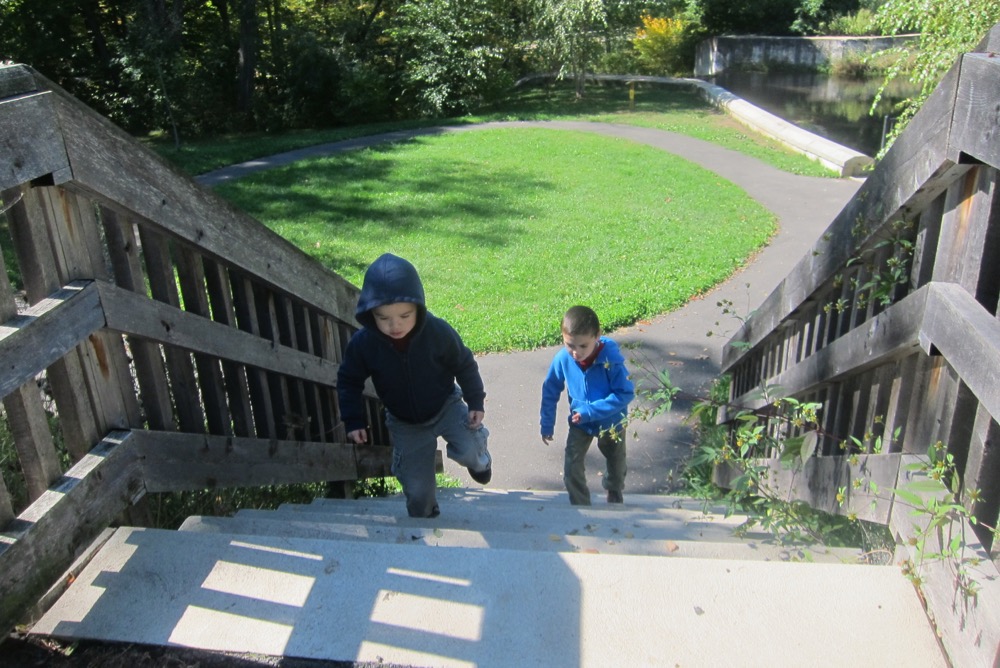