The super fun thing about pursuing my ridiculous goals for this website is keeping on top of things in towns which I’ve “completed” previously. Take Burlington. I “completed” Burlington in 2018 and it’s Burlington, so surely I could feel comfortable, right? 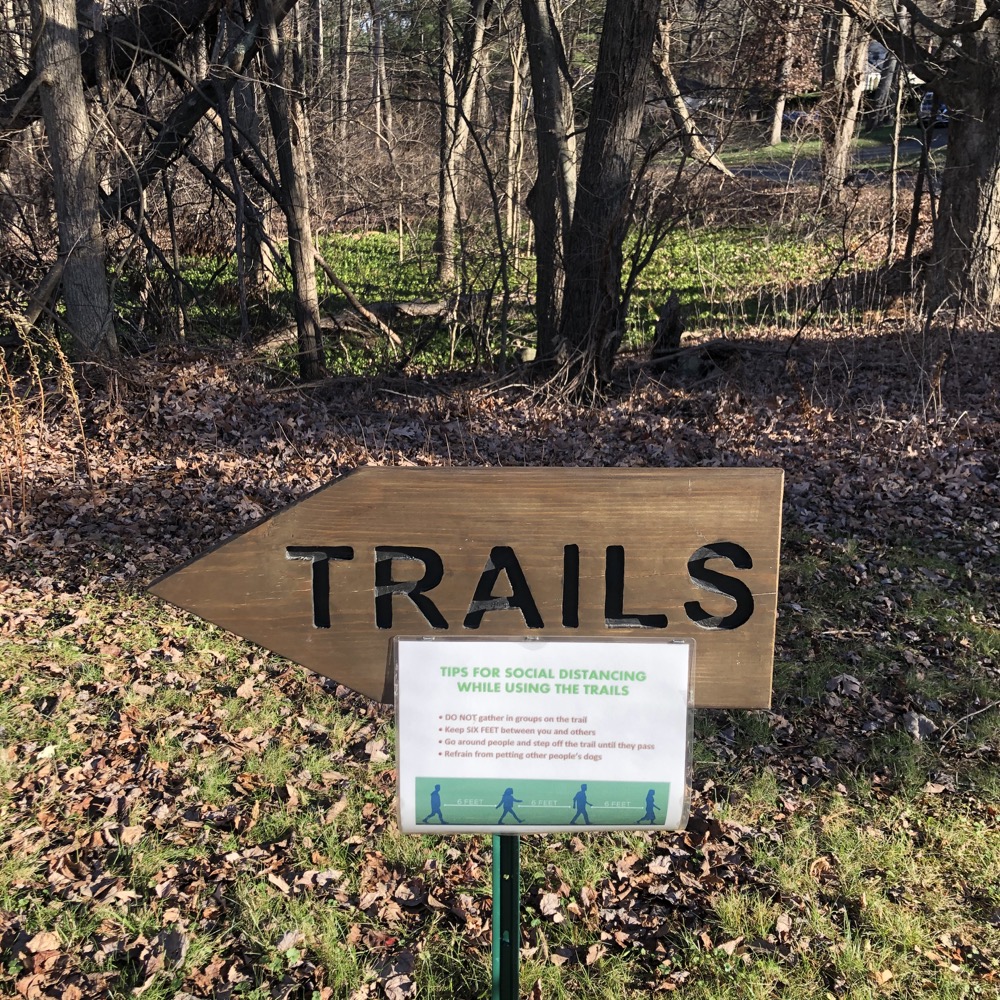 I’ll try not to confuse the fairly simple situation further but must mention that the wooded property is managed by the Environmental Learning Centers of Connecticut Trust. The ELCCT has a bunch of property in Bristol, Burlington, and Southington, but only a couple are trailed as of 2021. 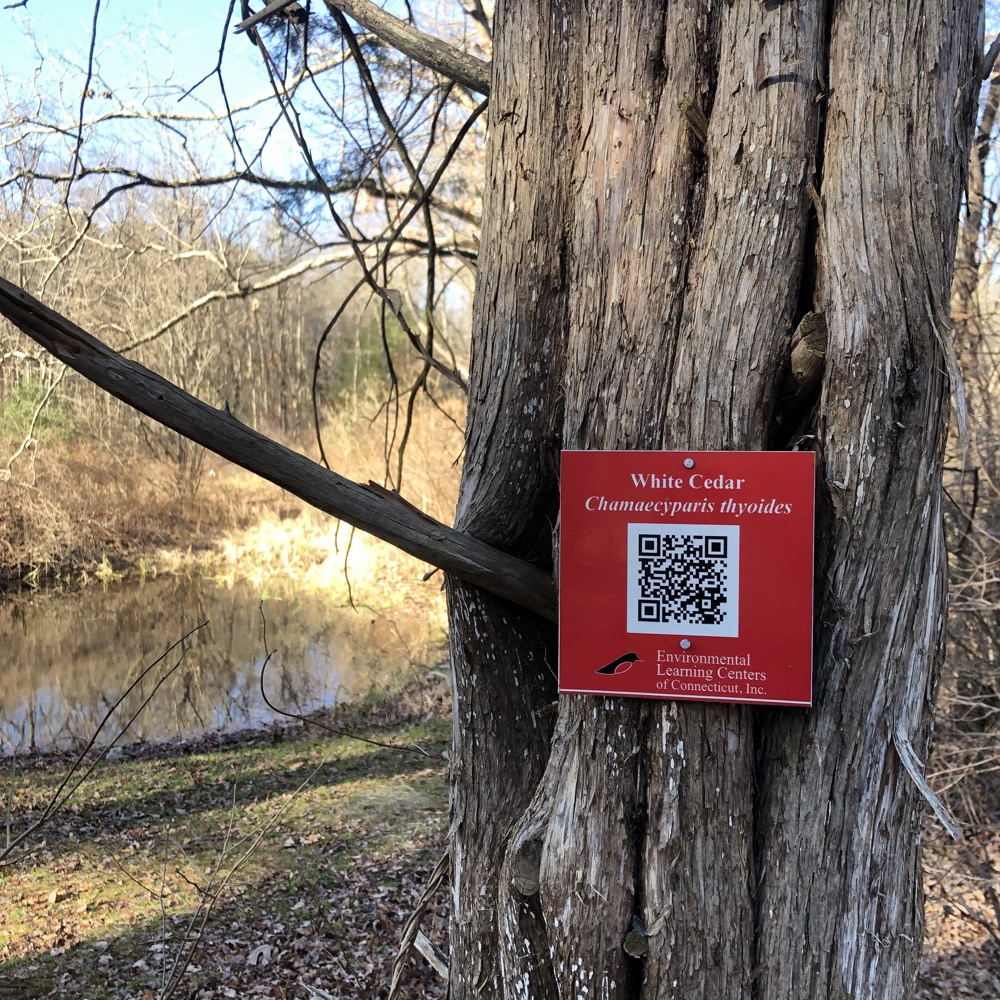 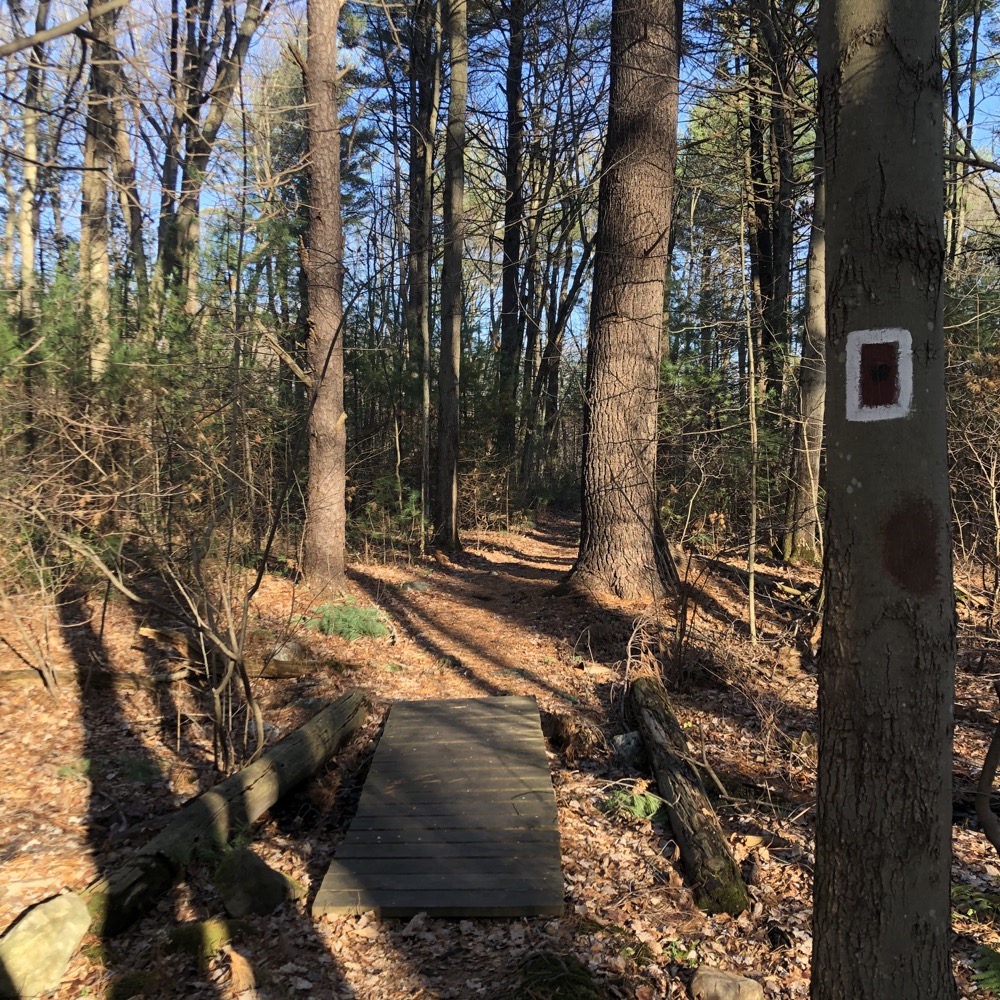 The ELCCT’s first landholding was the Barnes Nature Center property. And the latest is Pigeon Hill, with a whole bunch in between. The Barnes Memorial Nature Center was built in 1972 and additional property was acquired in 1974 increasing the property to 68 acres.

The original goal of the nature center, and one that continues today, was to be a community center where people of all ages learned about the importance of the natural world. I’d seen the inside a while back and now it was time to check out the outside. 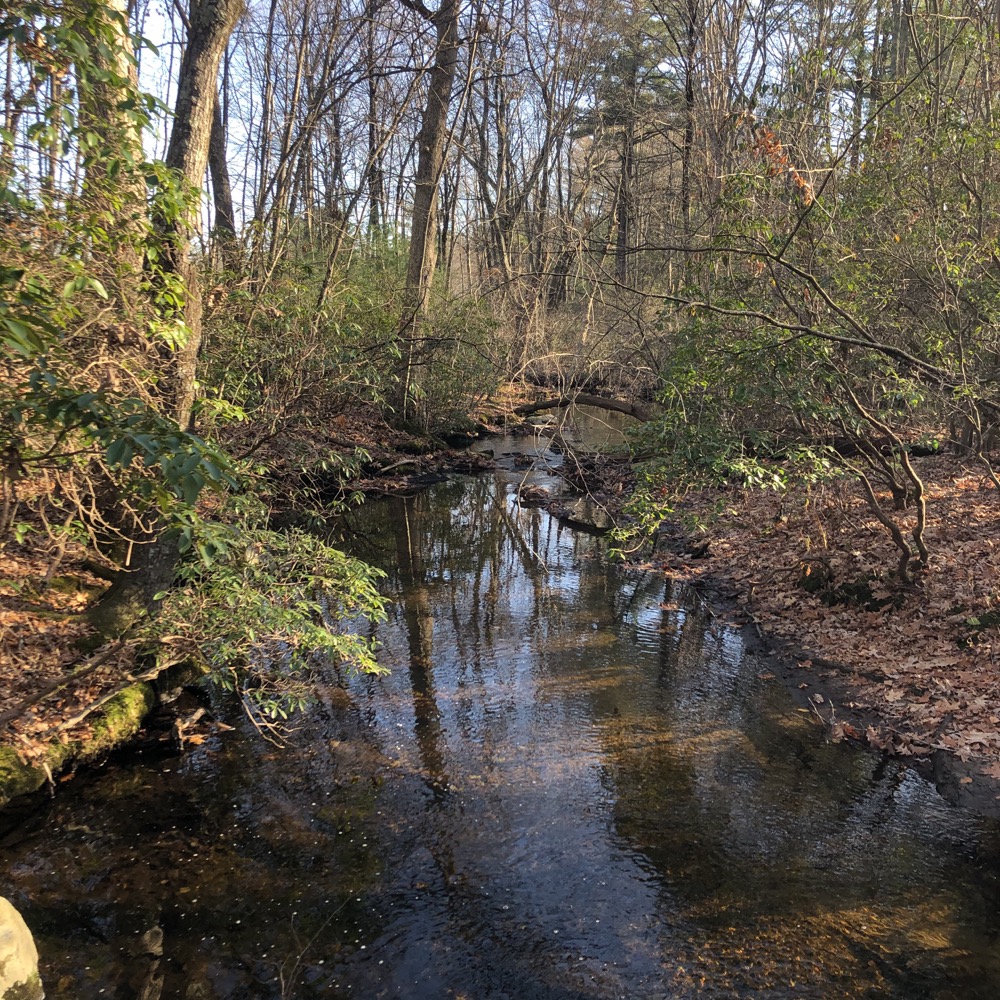 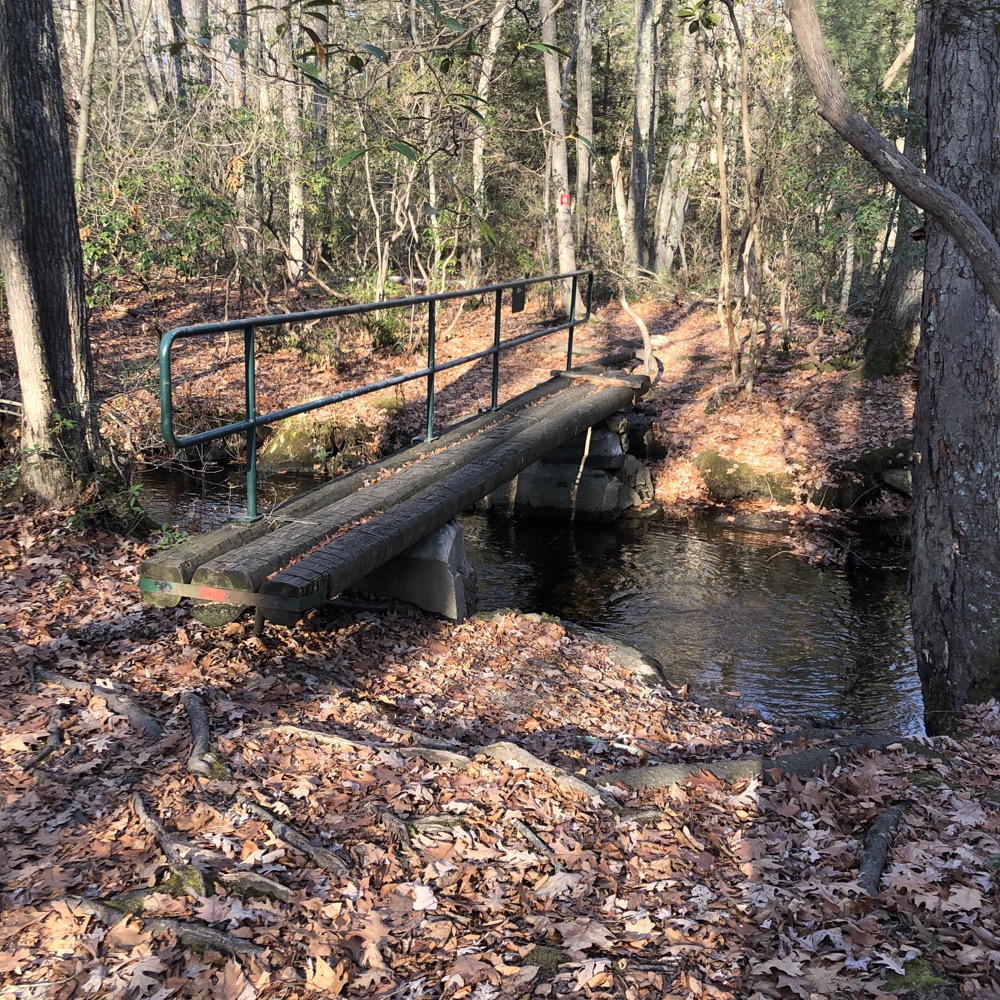 Actually, I’d hiked through here many years prior when I was completing all the tentacles of the Tunxis Trail. (The branch Tunxis Trail is called the Nature Center Connector and joins Sessions Woods in Burlington to the Barnes Nature Center.)

In addition to the Tunxis nature center connector, there are 3 radiating loop trails: Red, Yellow, White. None are very long. The Red Trail is closest to the center and has the typical explanatory signage about invasive plants and succession and habitat and the like. These signs appear to be fairly worn and are likely to be replaced soon.

A small stream courses through the property called Negro Hill Brook – at least that is what it used to be called. The yellow trail has an optional “Cardiac Bypass Trail” that is deftly marked on a tree like so: 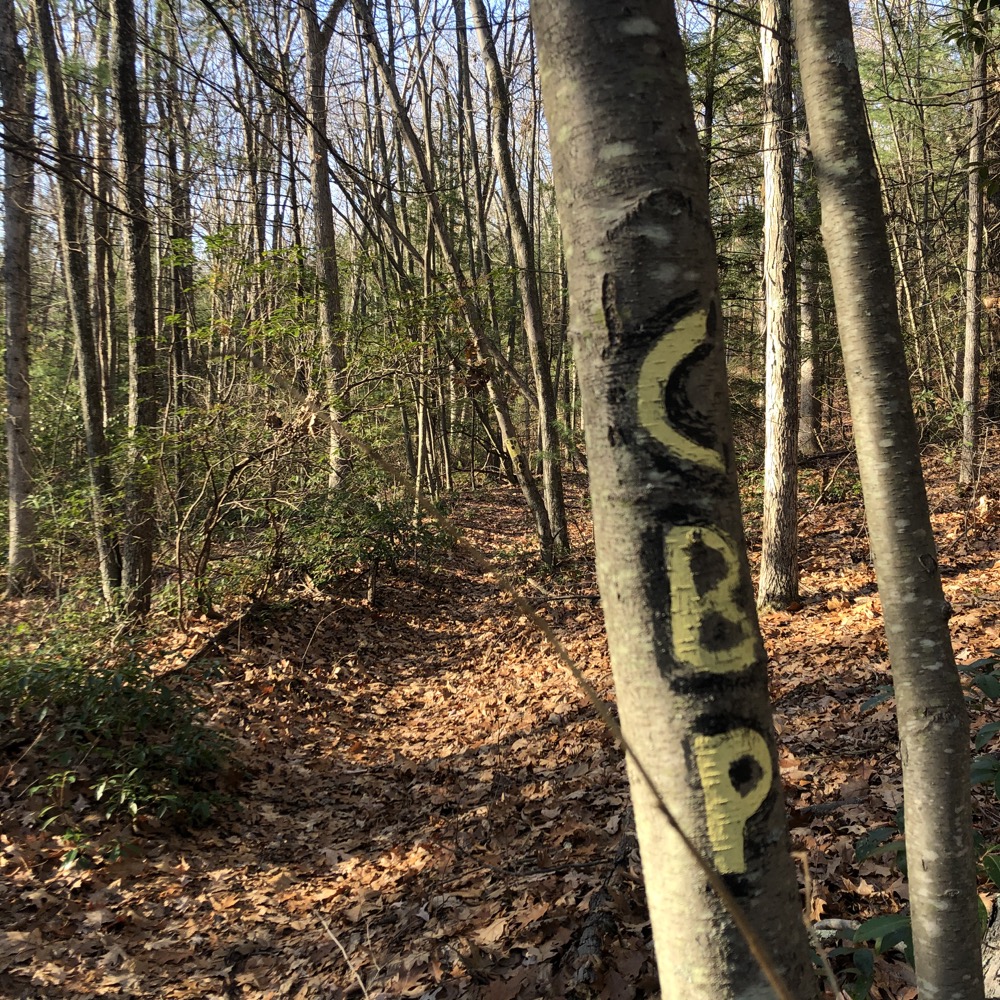 I think the climb up the hill is supposed to be steep enough to cause cardiac issues. It is pretty steep but also quite short. And if you’ve walked to the back of the property, you might as well make the climb up the esker.

That’s right, this is a classic esker; a ridge composed of sand and gravel deposited by a glacial meltwater stream. Once on top of it, its long and curving shape is easily discerned, even though the woods. There’s even a small view north, at least seasonally. 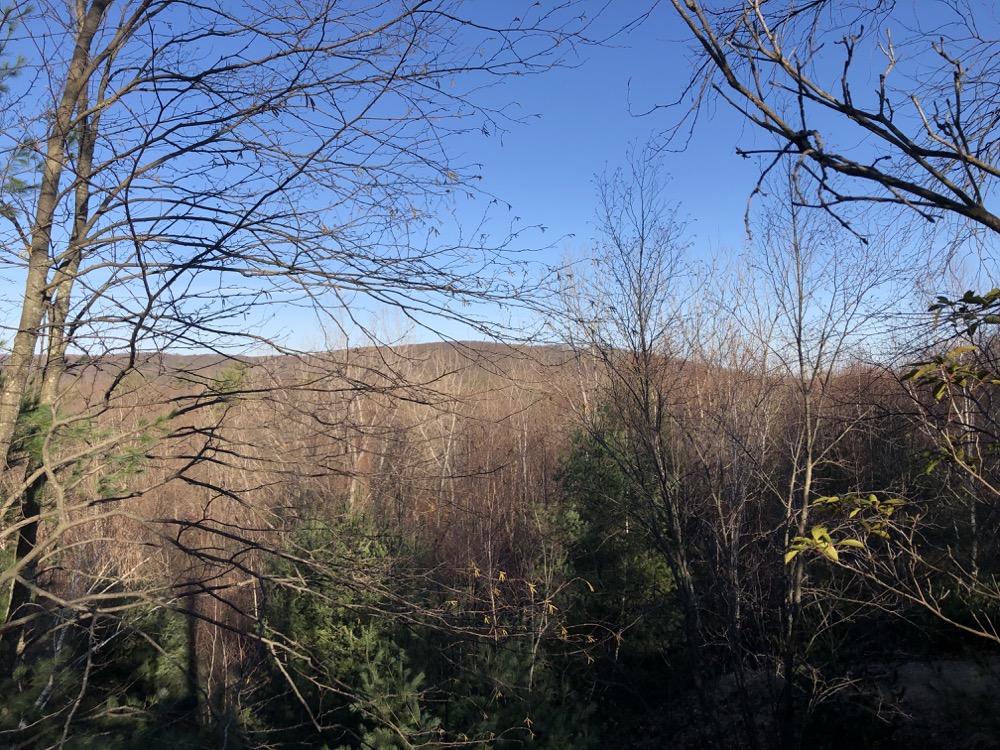 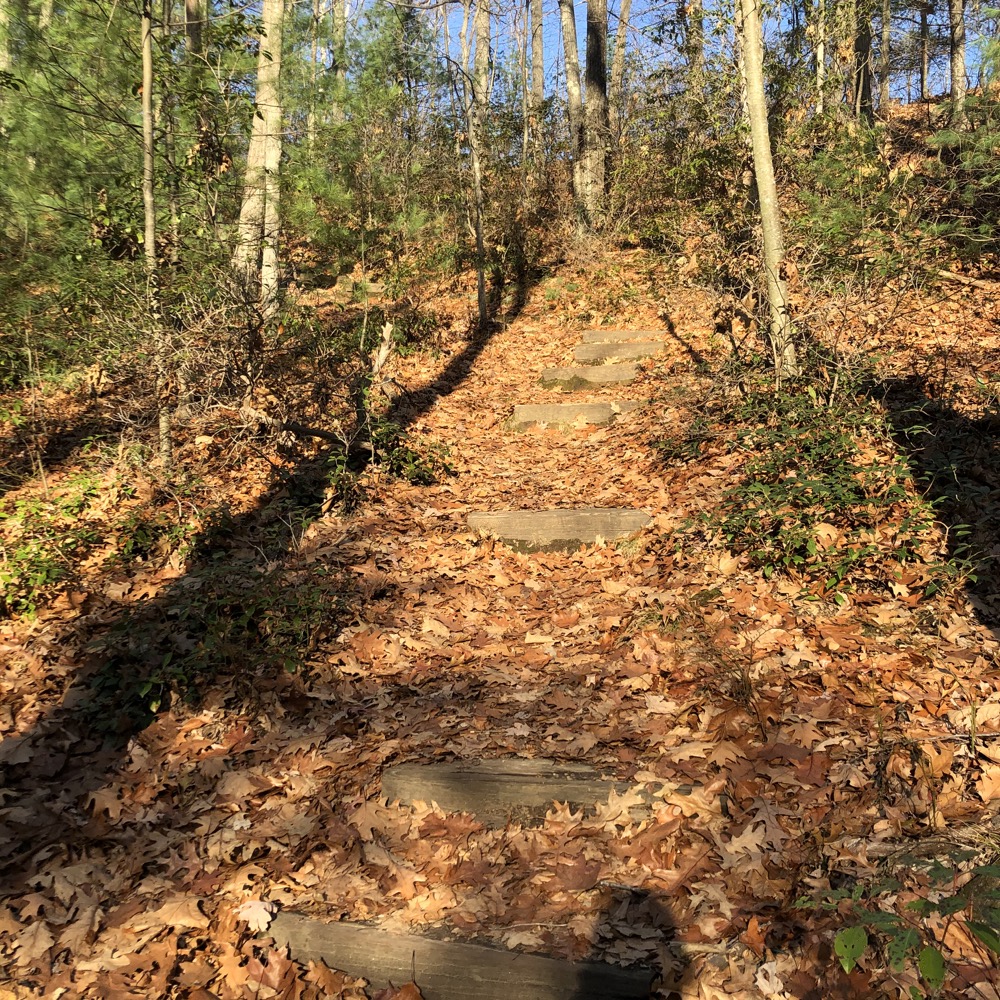 There used to be billions of the birds, but they were wiped out through hunting. Good job, humans. This esker is called Pigeon Hill as this used to be a massive roosting site for the birds back in the day. I’ve no reason not to believe that. 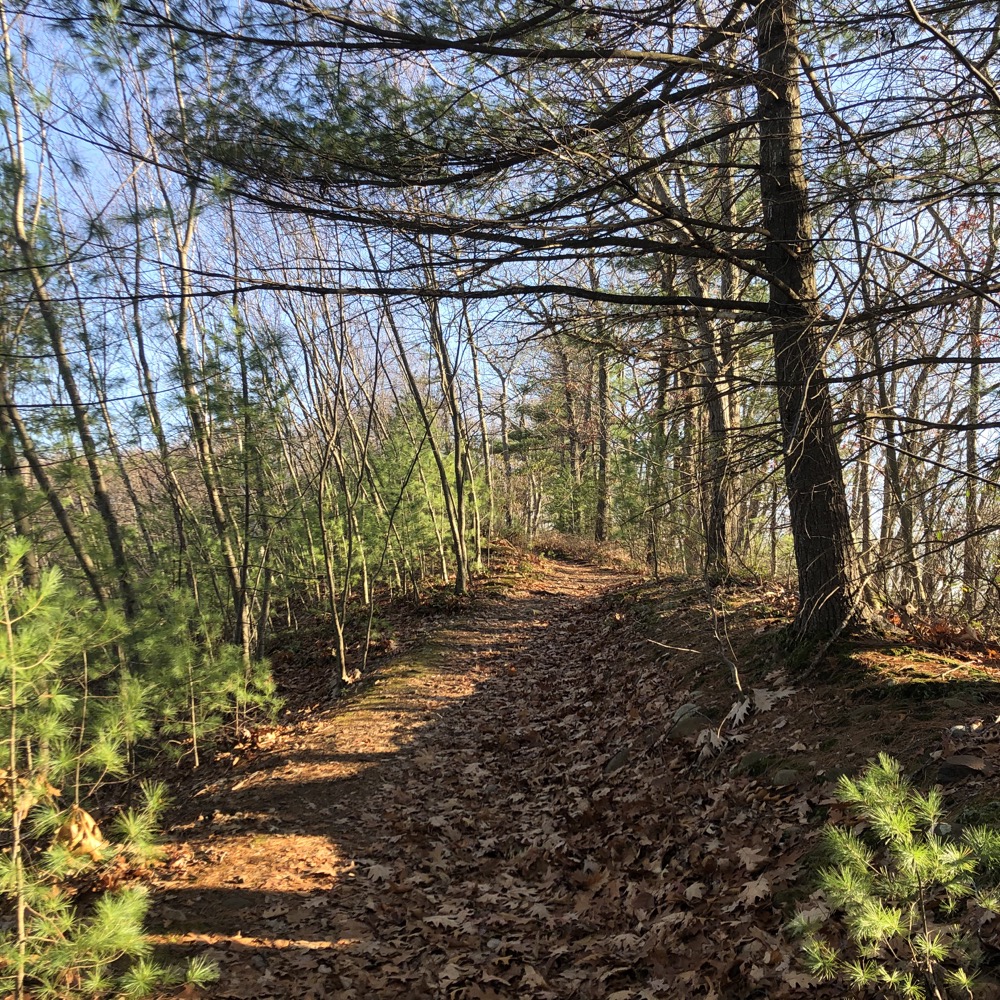 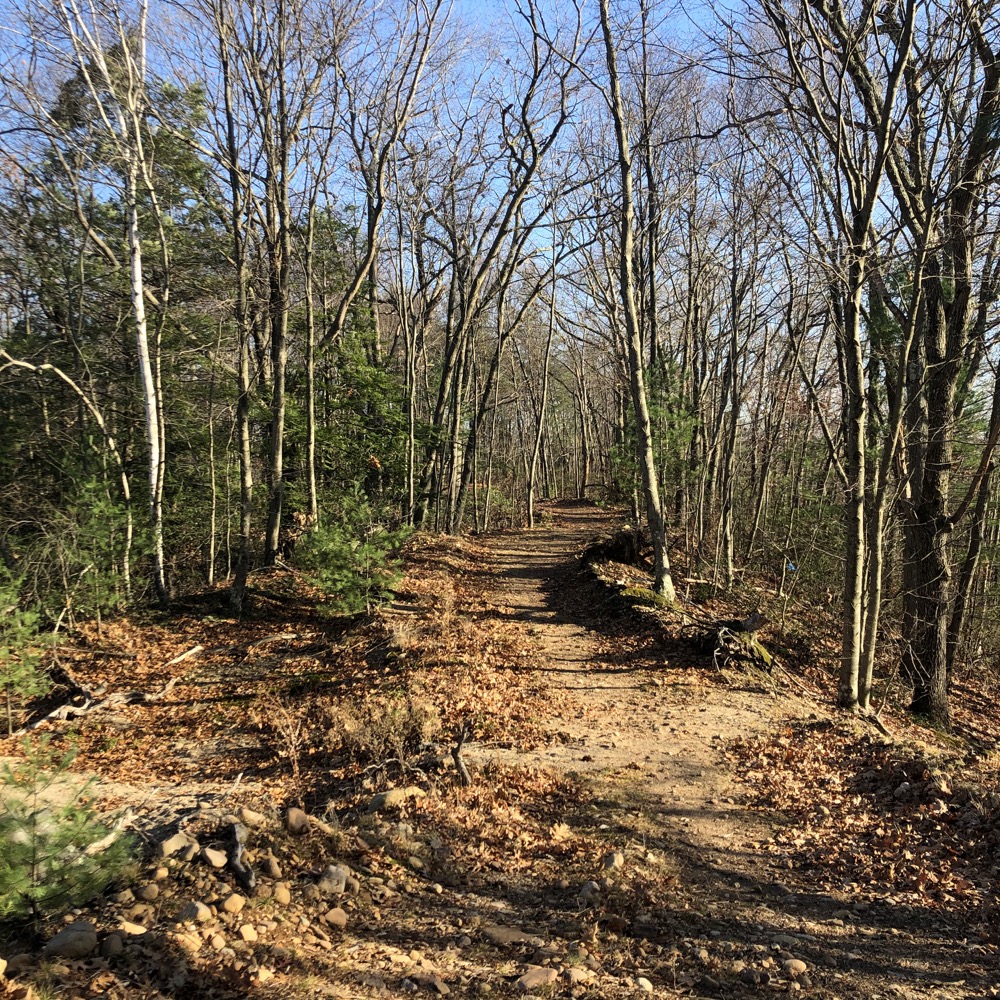 From the top of the esker, I kept heading east, beyond the yellow trail. This area is the actual Pigeon Hill Preserve that will, I believe, have official trails at some point. The trail I followed was fairly clear and descended the hill and headed northeast a bit around the former quarry.

After returning up the hill, I headed off northwest along the white-blazed trail which descended the western end of the esker through a hemlock forest. From the white trail, I headed off east into the Pigeon Hill Preserve again along an unofficial yet well-cleared trail through pines and birches. 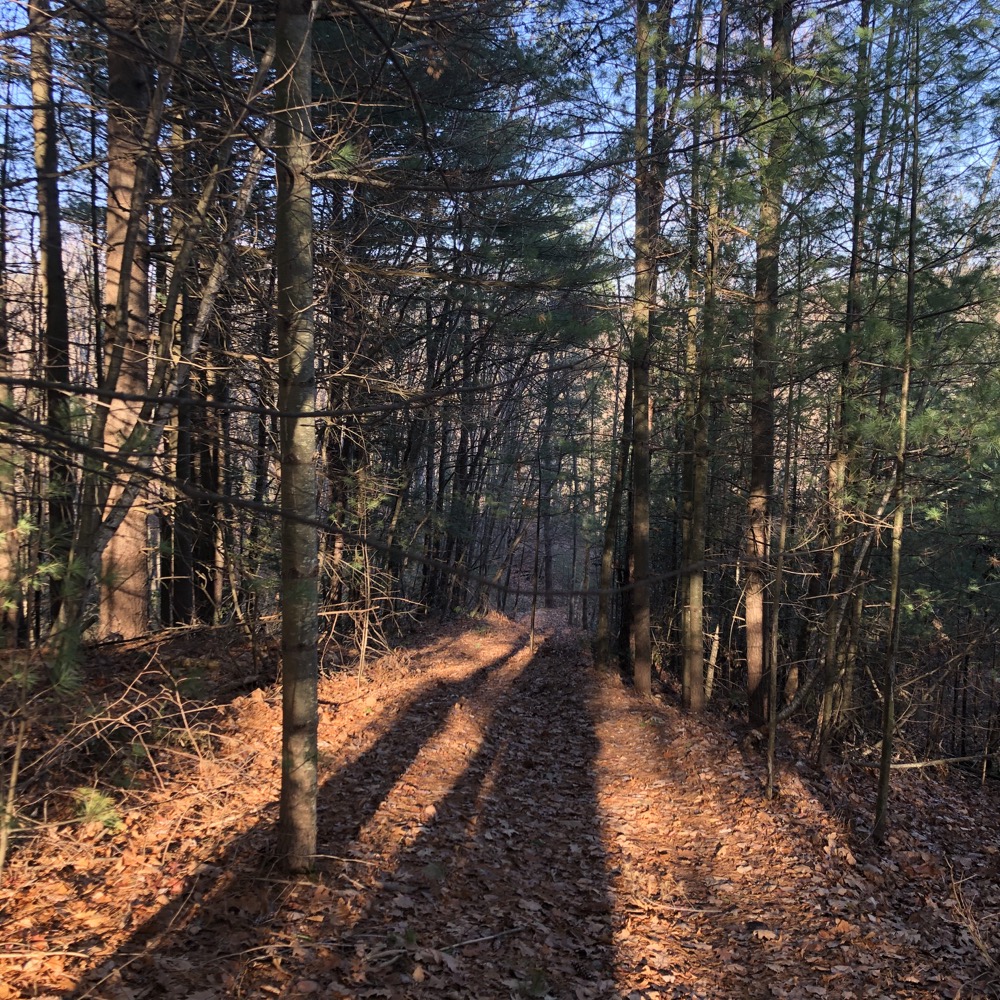 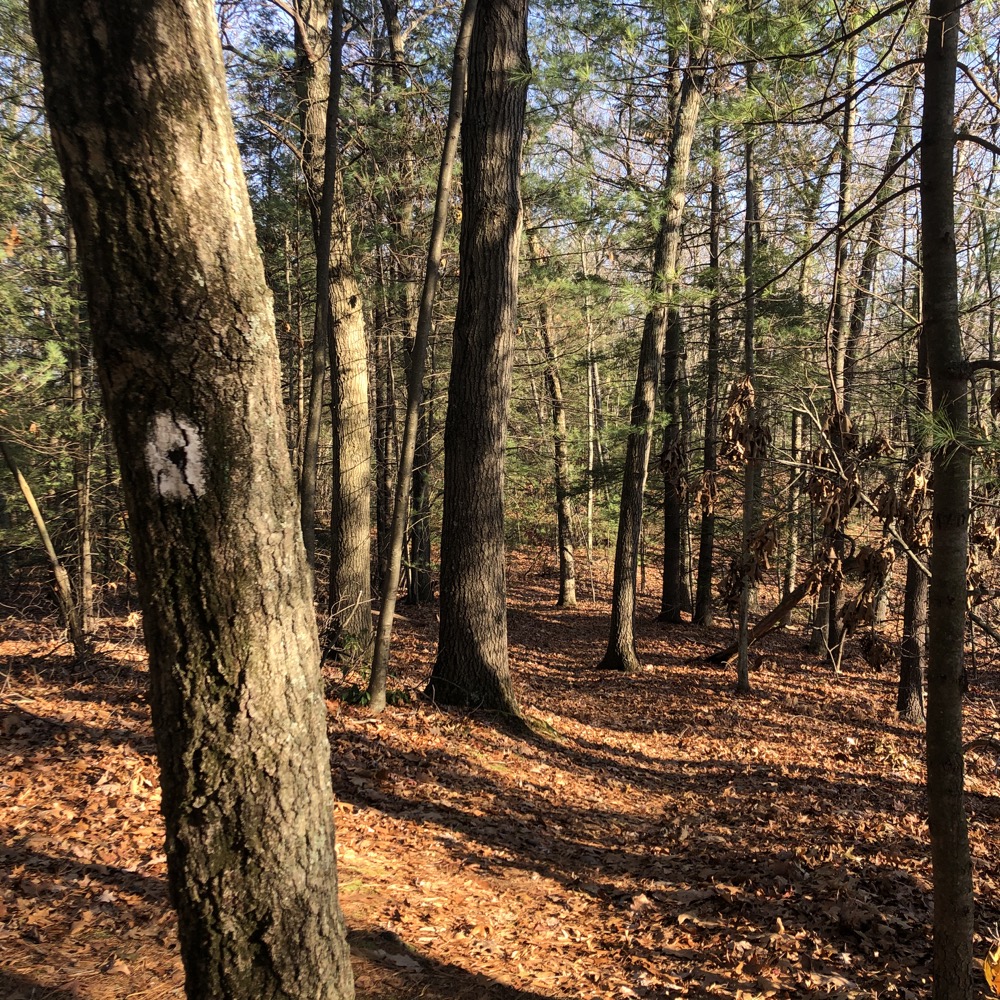 It’s a really nice property and I could see that the two rogue trails I took will likely connect in a loop around the quarry. (There’s really not that much room to do anything else here.) Back to the white trail to connect to the Tunxis connector and south back towards the nature center. I veered off to check out the rest of the red trail and was happy I did. 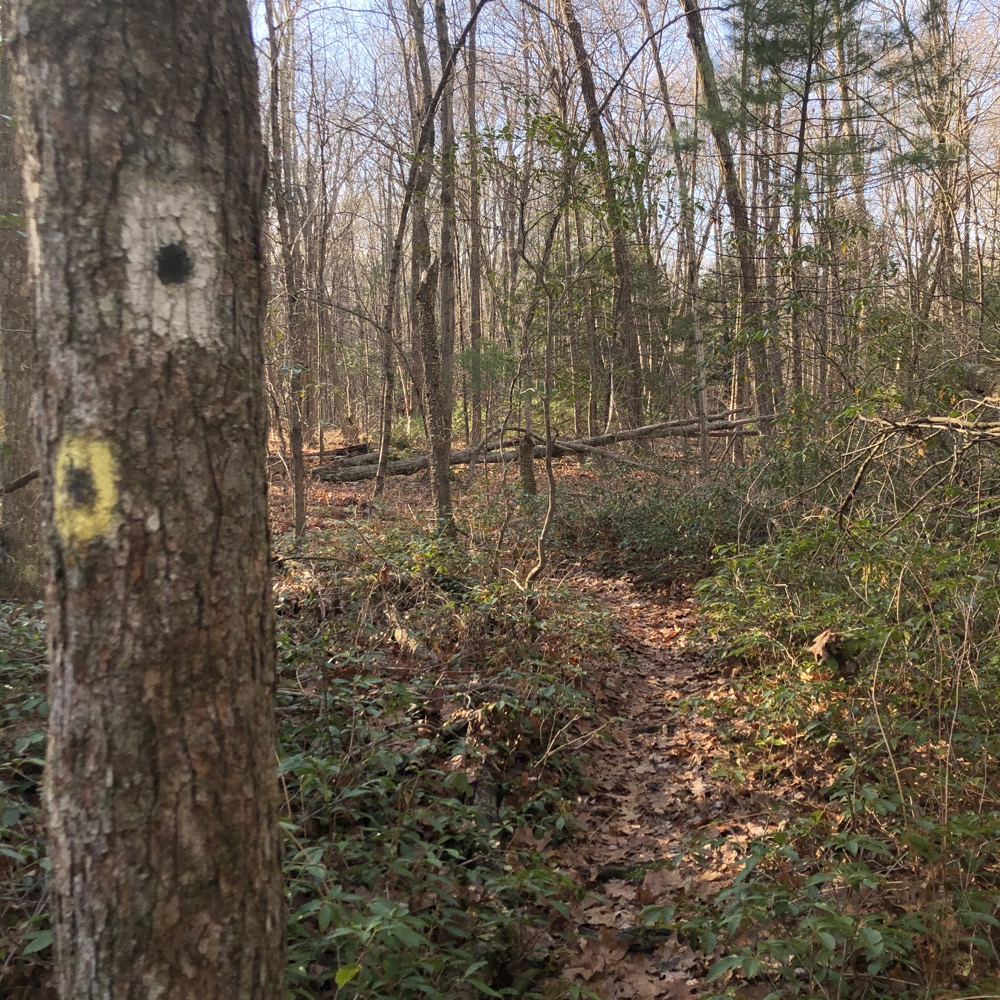 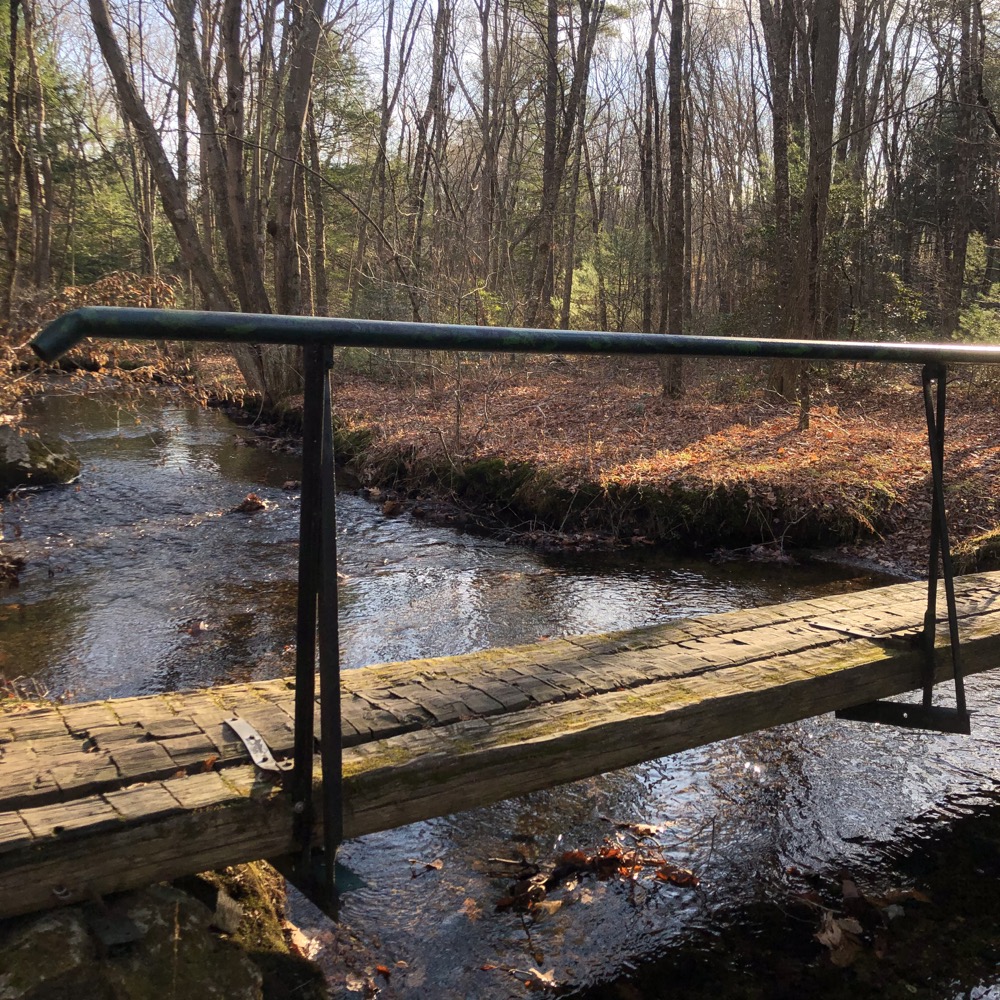 It took me through an entirely different ecosystem of marshes and riparian zones. It was a nice change. And returning to the nature center via a walk through a small open field was also a nice change. As I walked behind the building, I was happy to see some raptors hanging out in their cages. (Happy to see them, and happy knowing that nature centers typically house injured birds that can’t survive in the wild.)

The nature center itself was closed for many years for renovation. Then the pandemic closed it down again in 2020, so it’s had a rough 21st century. Through it all, the trails have remained open and likely will in perpetuity. So if you’re ever bored in Bristol, you might as well take a little walk where the pigeons used to roost. 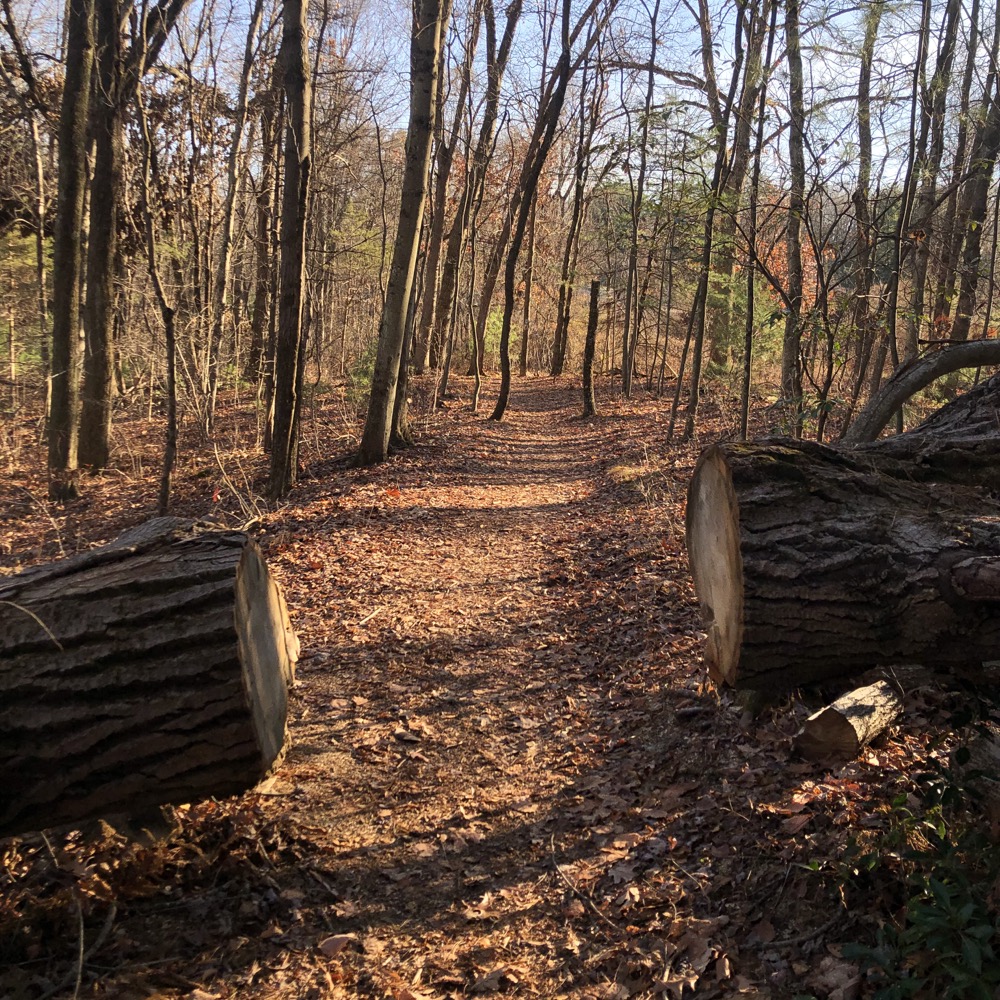 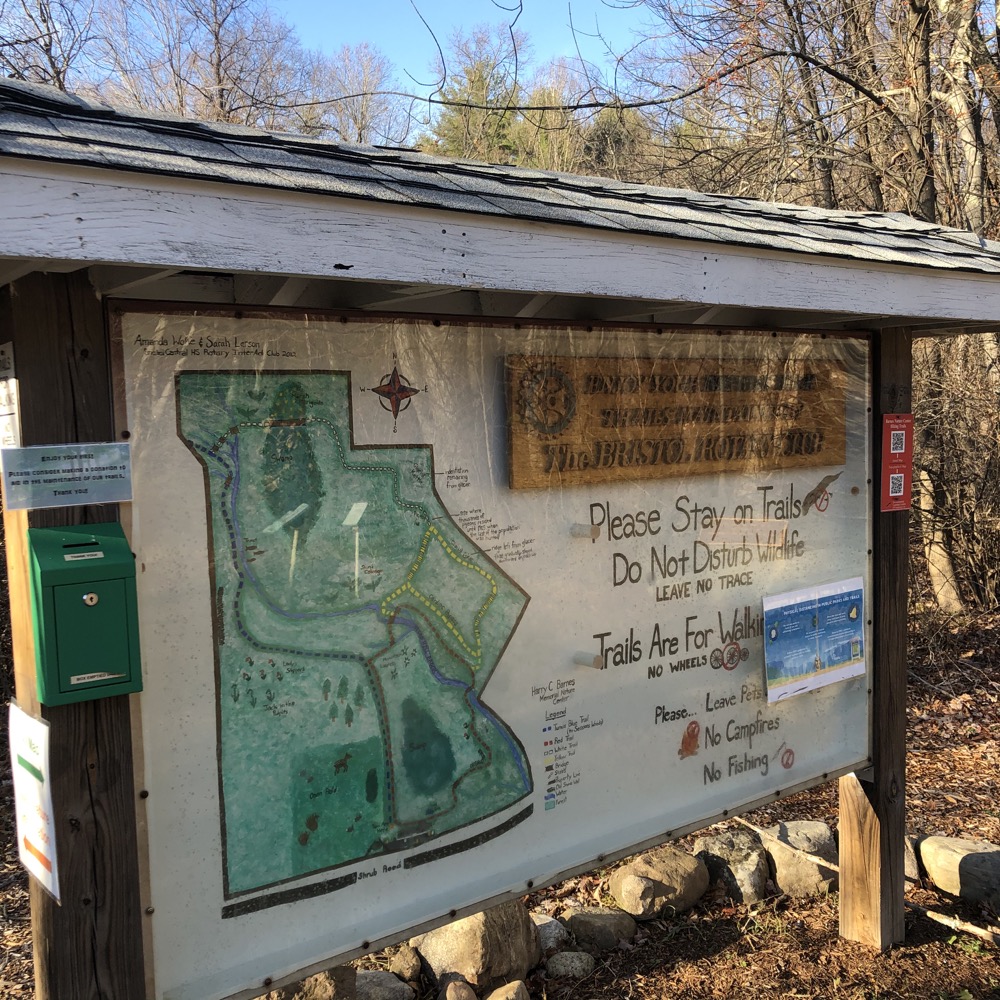