In 2015 the Tunxis Trail – the mainline trunk and the slew of regional trails – were changed, swapped, and extended in 2014 – mostly in Burlington. I hiked the extension and have made the effort to rework my pages to reflect those changes.

The funny thing about the Tunxis is that it’s hardly just “a trail.” It includes a rather vexing “trail network” but what makes the Tunxis unique is, all the trails are still called the Tunxis for the most part. It’s an odd thing, this Tunxis Trail. Broken up into four sections, there is the straightforward Mainline Trail which travels south to north from Southington near the Bristol border up through Hartland and ends just across the Massachusetts border. There are two gaps along the way is one gap in Bristol. 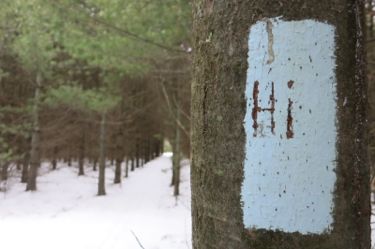 The truly funky thing is that in the southern 3 sections (mostly in Southington and Burlington, but with forays into Wolcott, Plymouth, Harwinton and New Hartford as well), there are 17 other trails that are also called “The Tunxis Trail” even though they often have other names – and just as often don’t. And it is these other trails that add up to the 83 (or so) miles of what then can be called the longest trail in Connecticut. The Mainline Tunxis itself totals to about 40 miles. 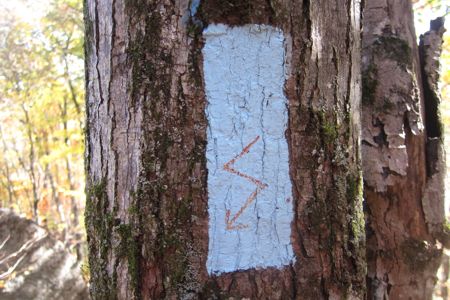 Funny and accurate blaze in Barkhamsted

Got all that? It is rather convoluted but I’ll sort it out. There are a lot of cool things along the way – Tory Den, nature centers, a trout hatchery, a sugaring shack, some nice waterfalls, the Indian Council Caves, the “steepest mile of blue-blazed trail in the state” (I doubt that claim), great views, a ski resort, as well as places called Devil’s Kitchen and Satan’s Kingdom.

The Tunxis is easily one of my favorite trails in the state, for lots of different reasons. I’ve separated the Mainline pages from the Tunxis Regional Trails. Enjoy! 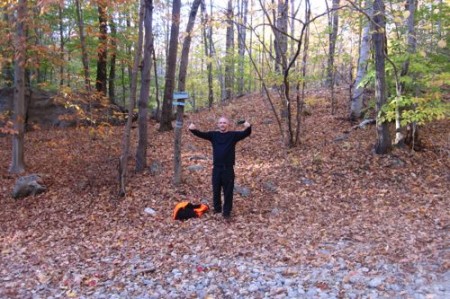 As these hikes were done a long time ago, some of the early pictures when viewing on a desktop are tiny and bad.