Calvin and I arrived at the backwoods trailhead for The Joshua Trust’s Bernard Church Woods property at the end of several hours of Chaplin exploration. Yes, it’s truly possible to spend a few hours exploring Chaplin – and we didn’t even see everything! 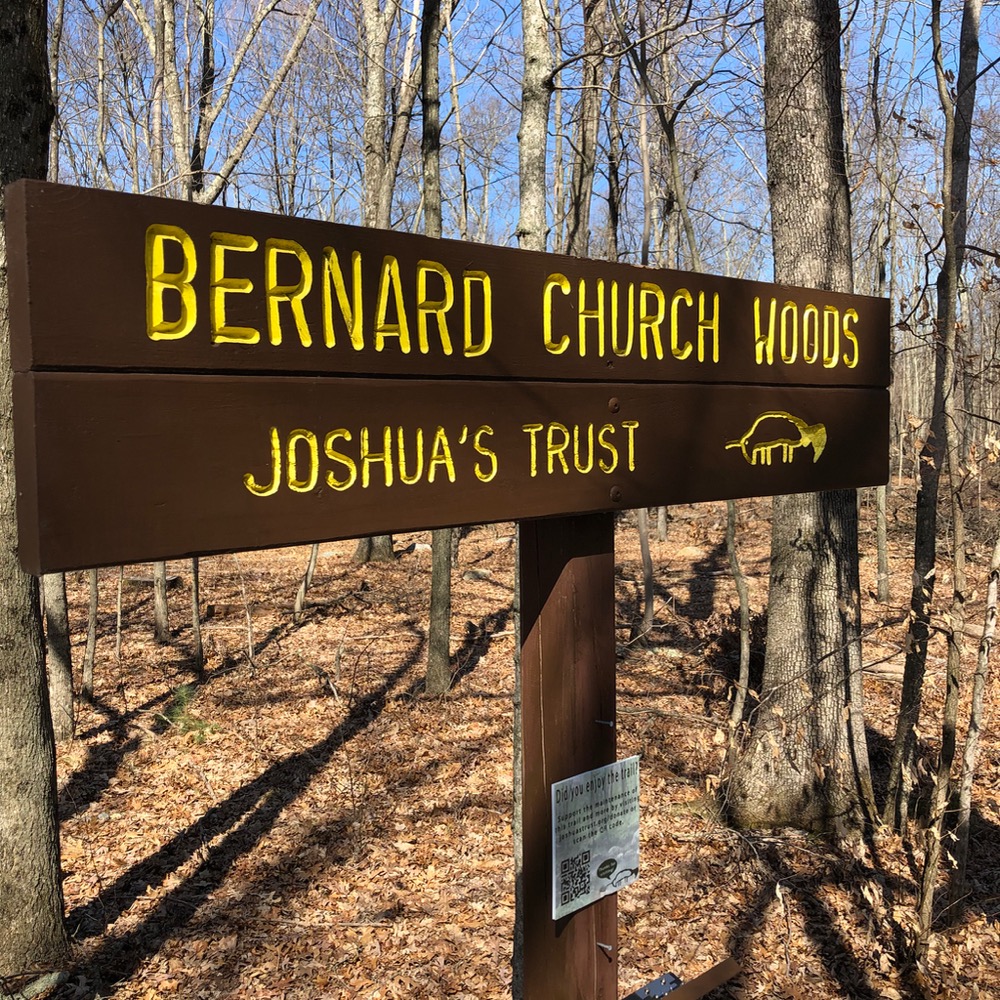 Calvin had grown a bit tired of our adventure, but I promised him Bernard Church would be short and sweet – I generally try to order hikes in such a way that the easiest and shortest one is always last. And this place was a very short hike up until 2020 or so. If you could find and follow the trail, it was a simple out and back affair.

Things were overhauled though, and now we were able to enjoy a well-cleared, well-blazed full loop of the property. Much to Calvin’s chagrin. 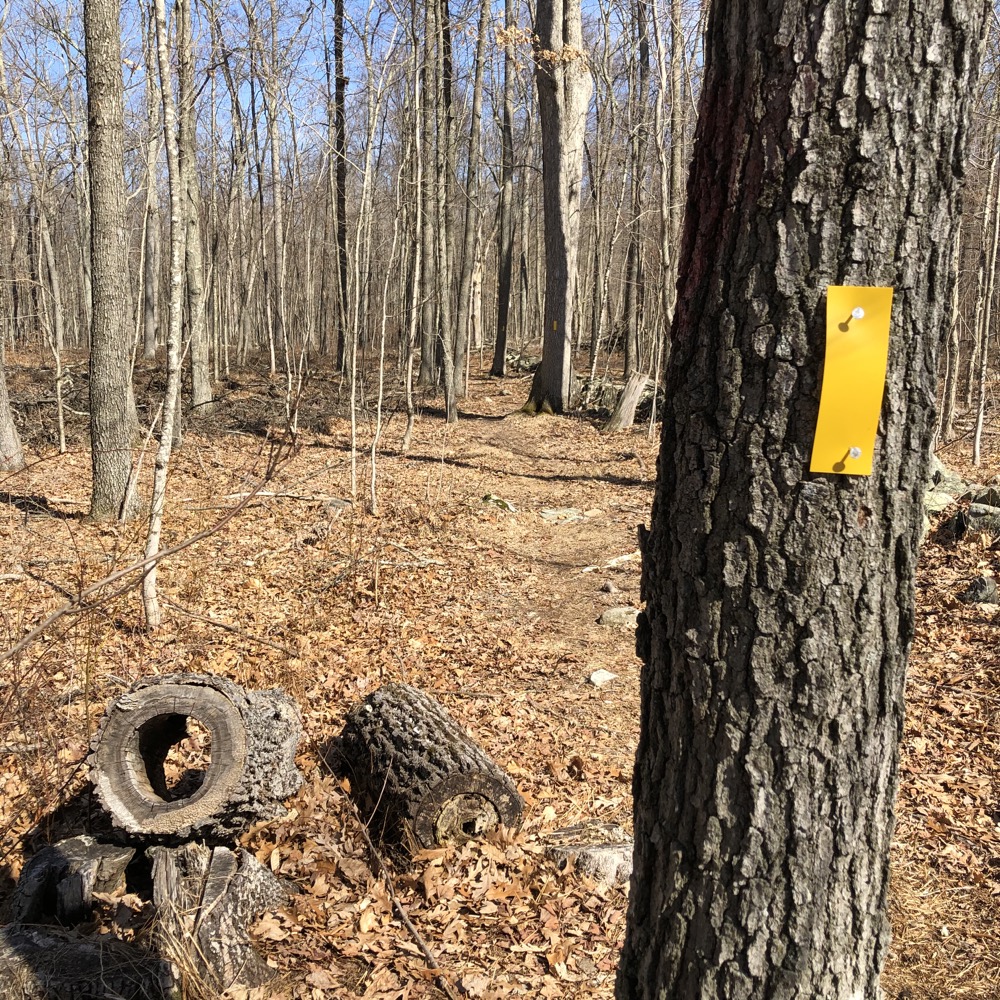 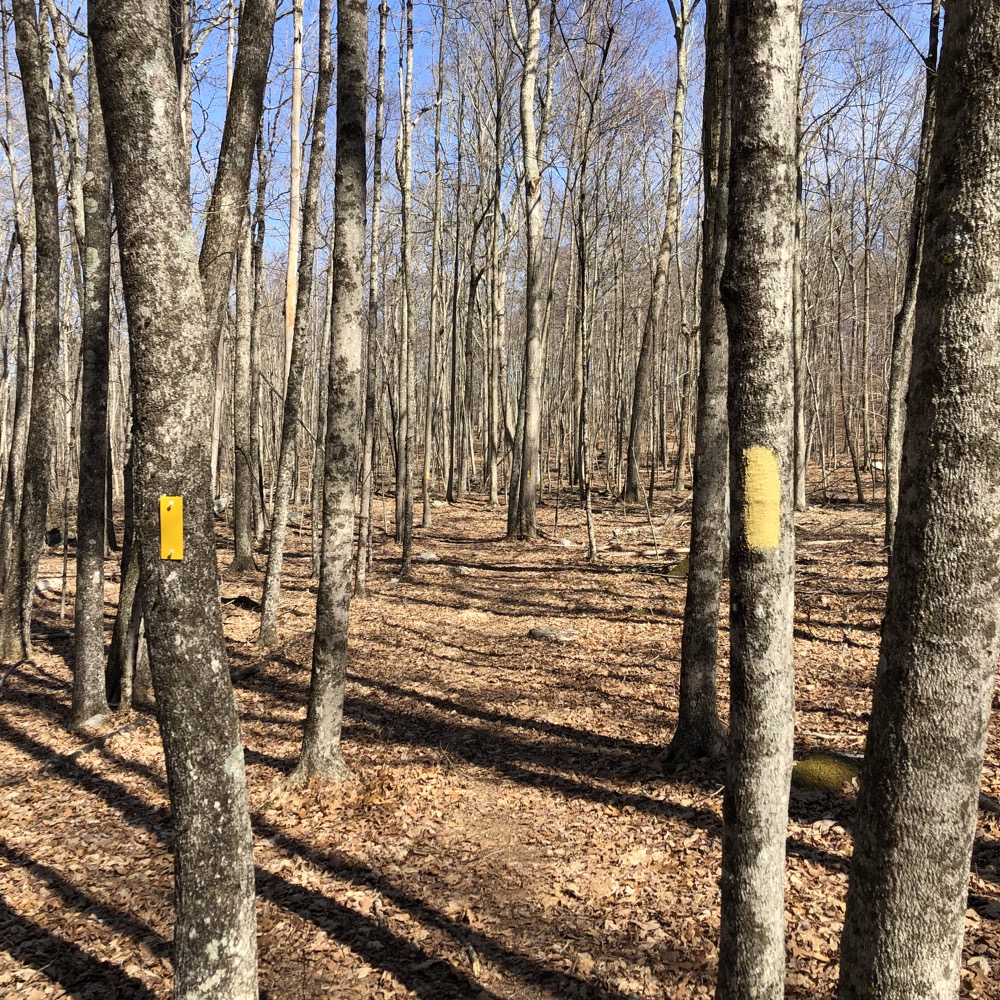 We did the loop counter-clockwise and it makes no difference here. First of all, it’s only a mile, if that, and it is generally flat. In fact, aside from the fact we experienced woods, stone walls, a wetland area, and a field… there’s really not all that much to the property. But I don’t want to take away from the parcel, which was the gift of Mildred W. Church, the widow of Bernard Church, and of her two daughters and her son. Bernard Church was Town Clerk of Chaplin for 52 years.

Church was apparently Mr. Chaplin and we thank his family for the preservation of the land. But since the trail through the land isn’t very exciting, let’s turn to Joshua’s Trust for something else to talk about. 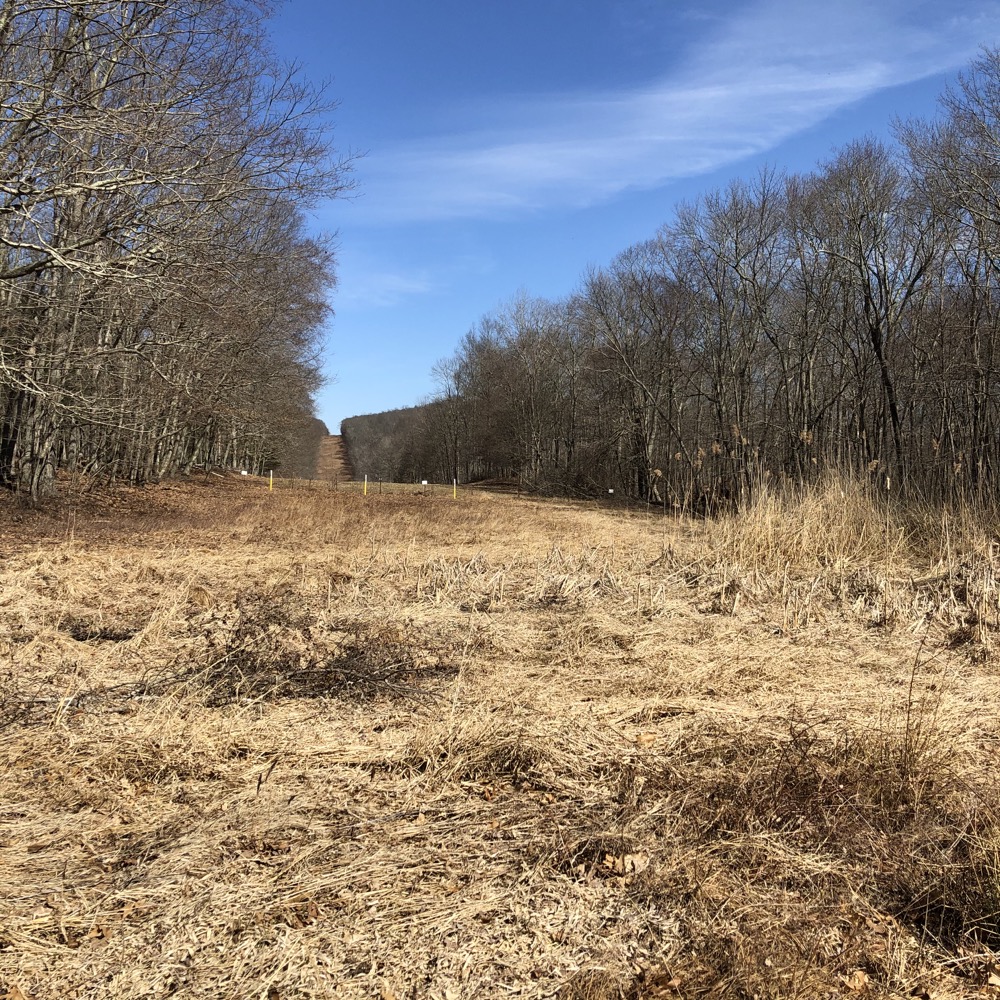 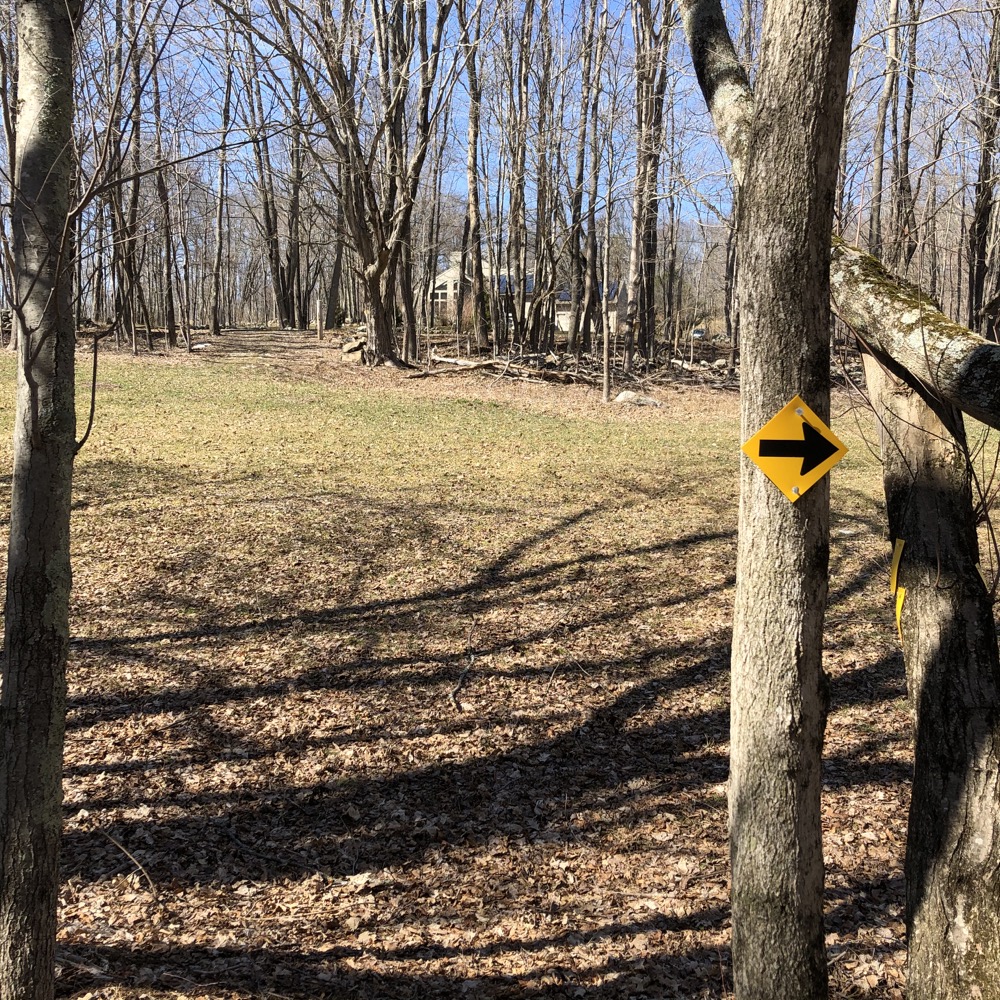 Folklore says that the original farm on this property was built during the Revolutionary War and since the men were all off fighting the British, the women had to finish the farm.

The barn site on the northern end of the property (the stone wall for the barnyard is intact) was part of a farm which was located on both sides of Bujak Road. The cellar hole for the house can be found across the road. At the time of the Revolutionary War the property was owned by Judah Storrs. His brother owned the adjacent property to the west where he and his family lived in the “Storrs Mansion.” (The cellar hole for this home can be found at the end of Tower Hill Extension.) A search of the Revolutionary War records shows that none of Judah’s family served in the war, although he had three sons between the ages of 19 and 23 in 1776. A number of Judah’s brother’s family did serve so perhaps the women were needed to help finish the farm. 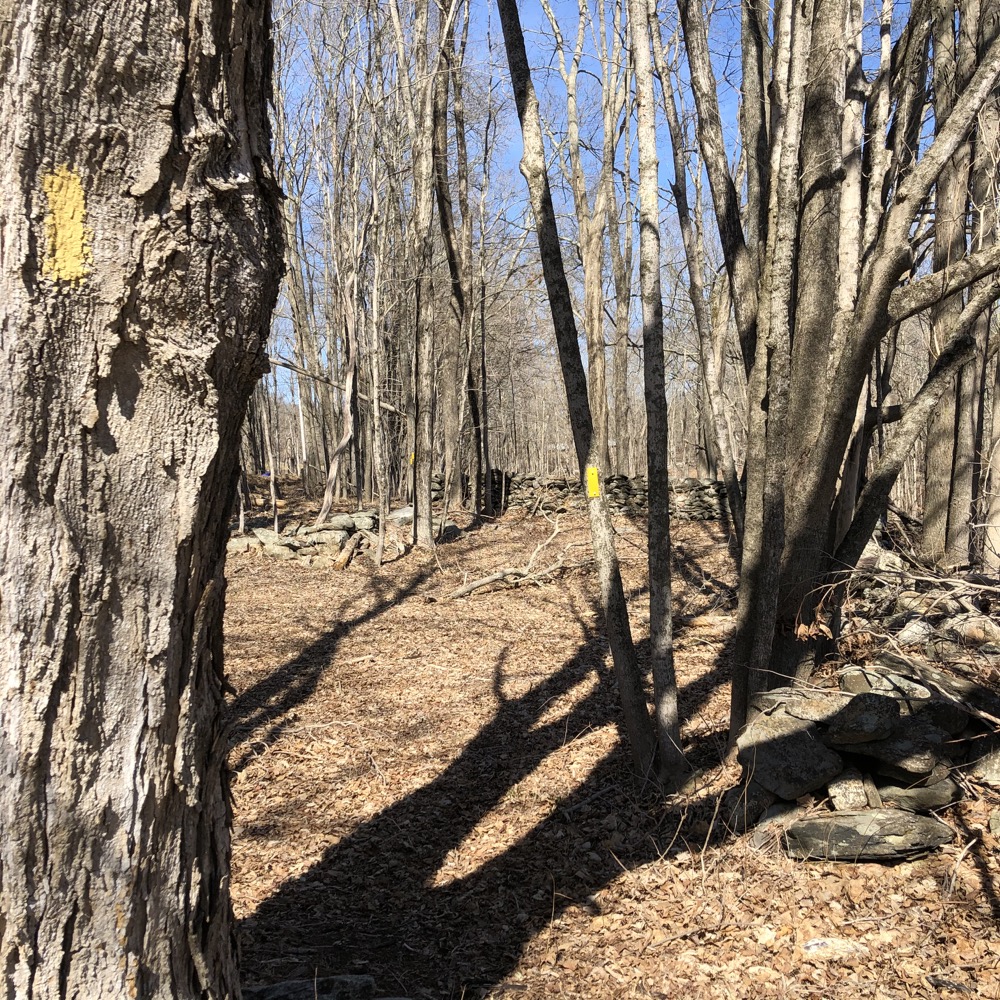 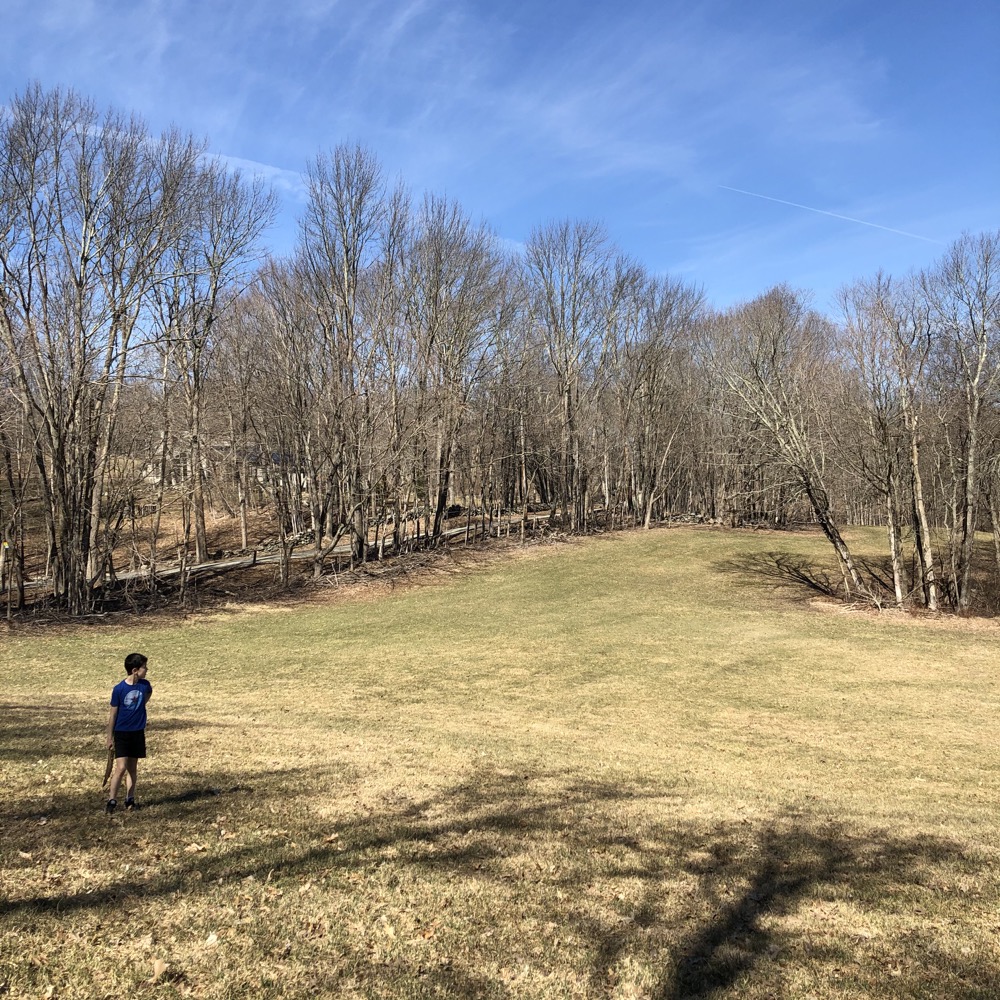 Hm. That didn’t really pep up this page too much at all. But the Trust has more! Let’s see…

Folklore also claims that Sarah Cary known now as Widow Cary who lived on the farm east of this land near the Stone House Brook in the late 18th century, had an affair with Andy Hartshorn who lived with his family on a farm to the west of this property. In addition to his farm Andy harvested lumber in the woods between the two properties, including part of Bernard Church Woods. The story goes that after the death of Sarah’s husband, that she raised a second family fathered by Andy.

In reality, Sarah’s husband, Ebenezer died when Sarah was 75 years old. She and Ebenezer had 4 children born between 1758 and 1765. there is no record of any more children from this union. It is very unlikely that Sarah raised a second family after the death of her husband, but an affair with Andy Hartshorn cannot be ruled out.

Wait. So the rumor was that this woman started a family at 75 years old? Okay, that’s pretty spicy. And certainly not something I thought I’d hear about a Church property. It’s certainly the most exciting thing that was said to have happened here, then or now, so I’ll leave it at that. 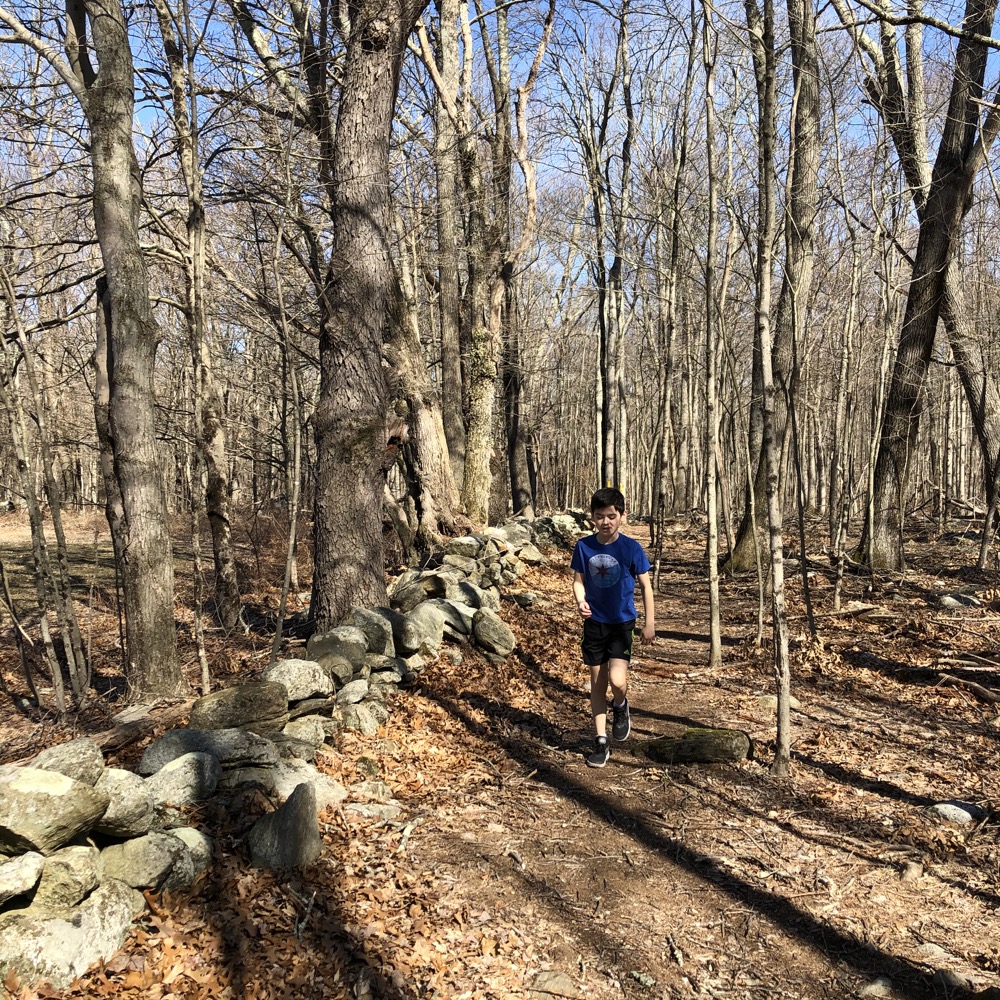