I know you don’t care a whit about the following sentence, but I’m going to type it anyway. I didn’t learn about Langhammer’s existence until after I “completed” everything in Ashford. 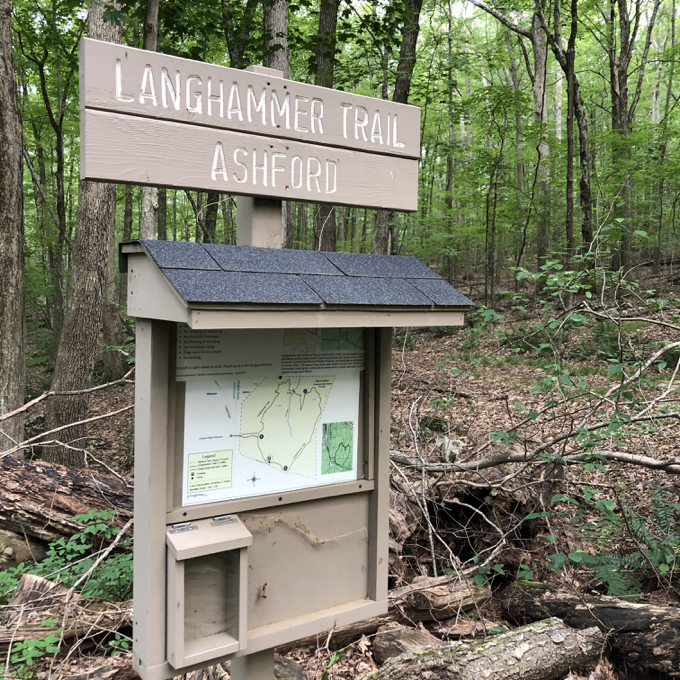 I’ve always been very clear that when I “complete” a town, other stuff will open. I haven’t been too clear on the bit where I say, “or I’ll become aware of things I previously overlooked.” But it happens. It happened here, with Langhammer.

Great Mjölnir! How did I let that happen? 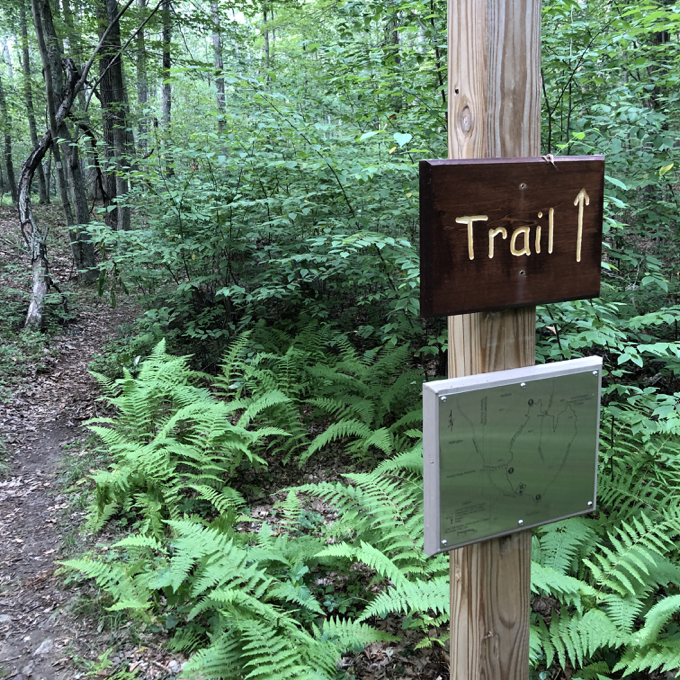 I don’t know, really, but at least I rectified the oversight as quickly as was feasible – with a trip up to Ashford and a hike of the 1.2 mile mostly flat wooded loop.

The trail itself is almost entirely forgettable. And yet, the experience hiking it is indelibly memorable. You’ll see why in a moment. 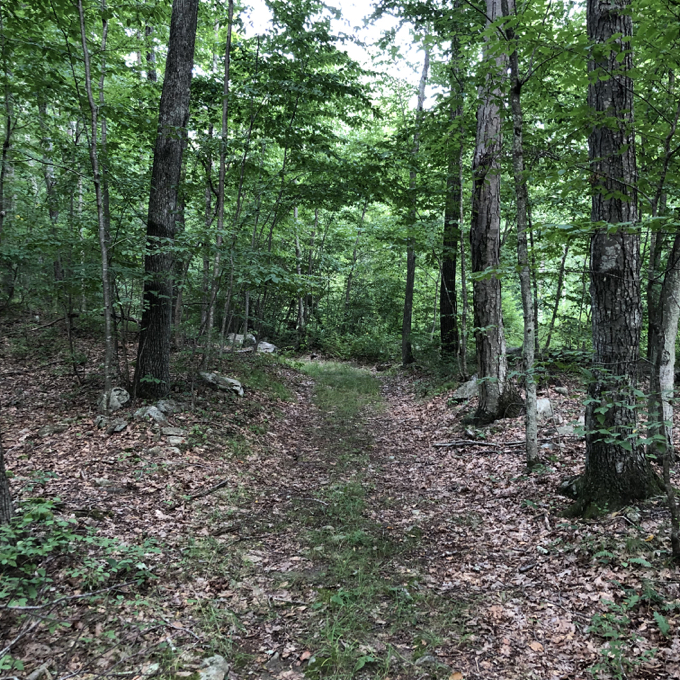 I began the loop in a counter-clockwise direction, first heading up an old woods road which was part of the Old Connecticut Trail – the historic route taken by Thomas Hooker from Boston to establish the new colony in Hartford in the 1630’s. Out of curiosity, I continued along the path, past the Langhammer Trail turnoff. I hit some private property “No trespassing” signs and quit, but the path continues and becomes Howey Road which continues to Joshua Trust’s Fliegel Farm Woods property.

I returned to the Langhammer Trail and headed north. 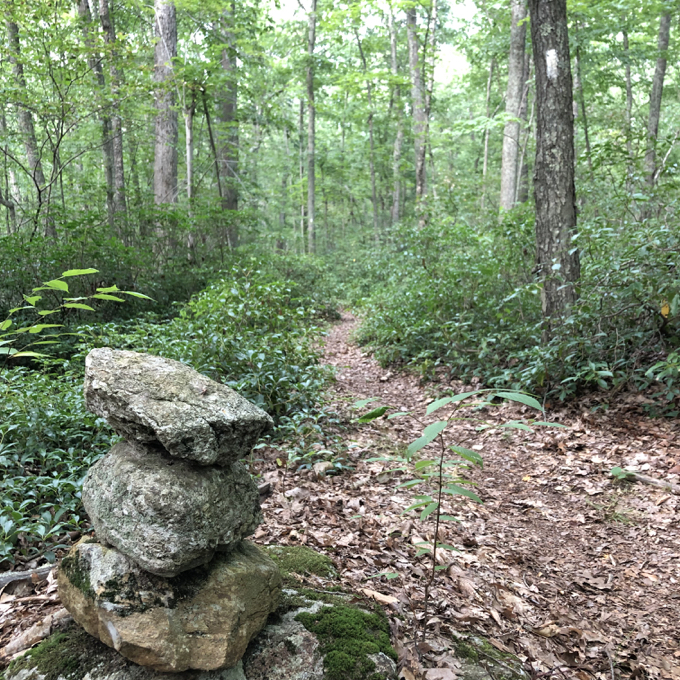 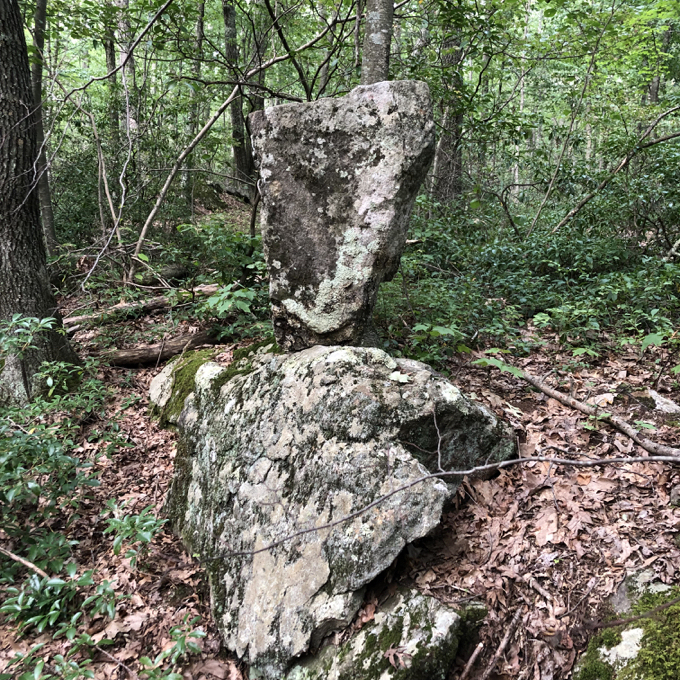 And that’s when things started getting weird. Someone, or a group of someones, has spent a LOT of time out here stacking stones in artful – and at times – physics-defying ways.

The craziest part of all of this is that a ton of them aren’t even on the trail, but off in the woods. (Of course, that means they were stacking and balancing them where they lay rather than carrying them across the forest. Which means that’s not crazy but actually smart.) 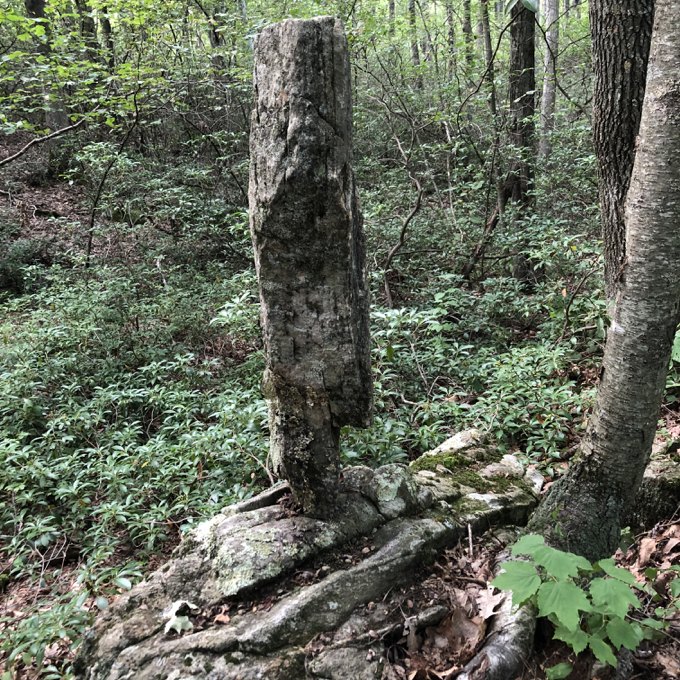 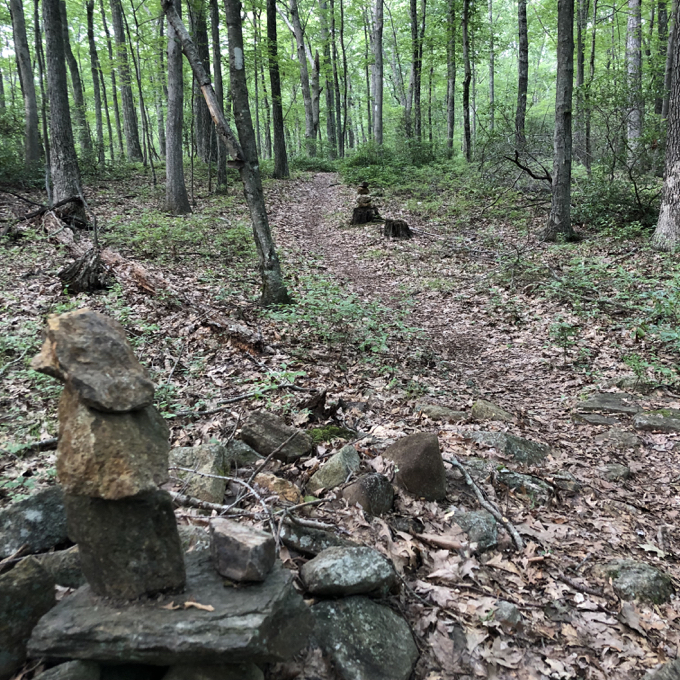 There are dozens and dozens of these… we’ll call them sculptures. There are a bunch in other places like Penwood State Park, but nothing rivals what’s at Langhammer in terms of volume per acre.

My friend Matt wrote on his ExploreCT site:

After crossing the bridge I began to see carefully piled and balanced stones. Just a few at first and then many more along the whole eastern side of the loop both along the trail and off in the woods. So many in fact, that it actually made me uncomfortable, like I was intruding on someone else’s space. It was a strange feeling. 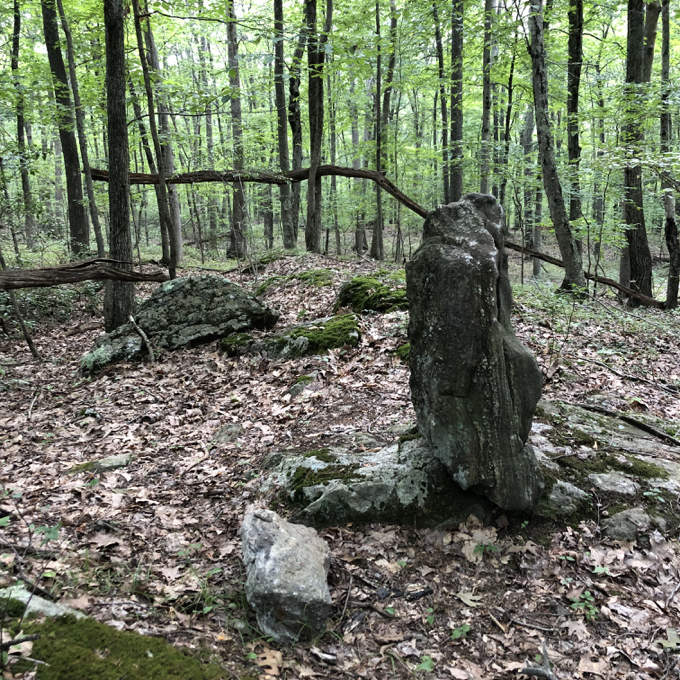 Indeed. Like I was being watched by whomever spent many hours on these things. At least I took comfort in the fact that this isn’t private property. In fact, this property has been owned by the town of Ashford since 1959 and the trail was completed in 2016.

I continued around the loop, crossed Eno Brook and climbed the one little hill of the property. Hilariously, there has been a rusty folding chair on top of this tiny bump for a few years. It’s in pictures of the space before the trail was built, and it was here in my August 2019 walk. 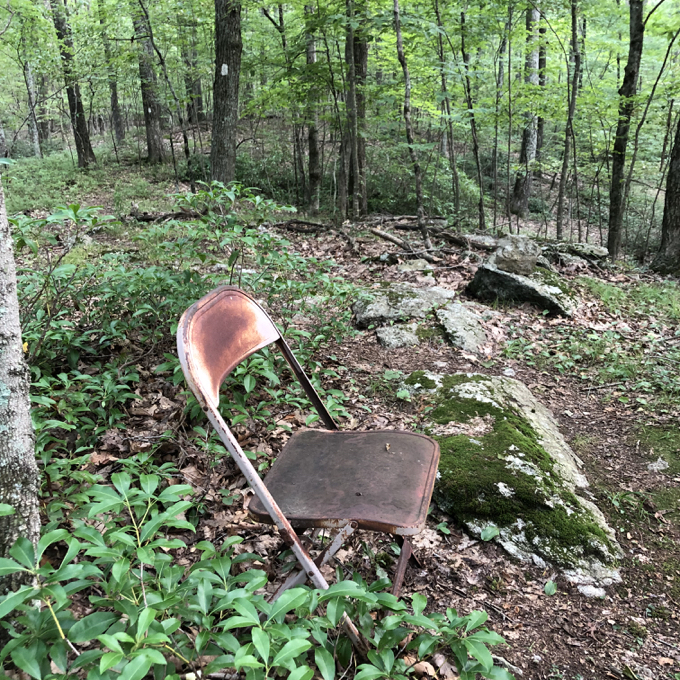 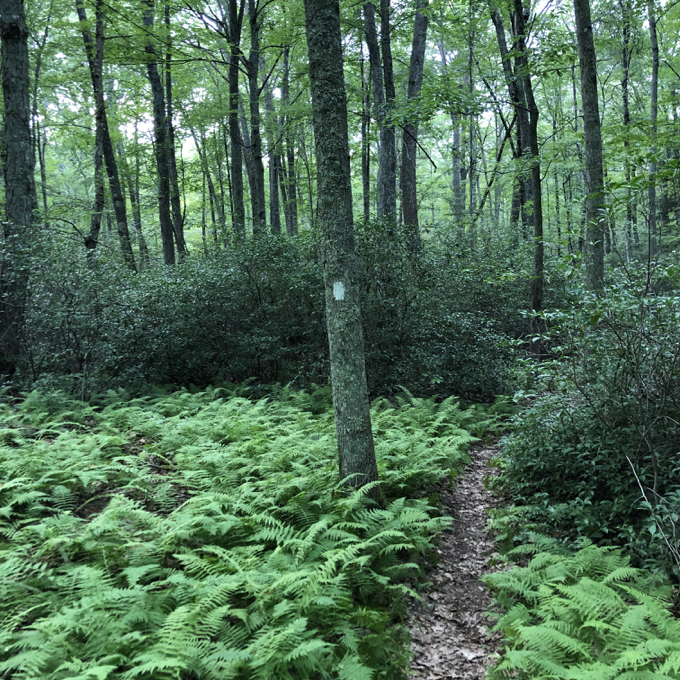 The western side of the loop traverses some lovely fern glades on its way back to the trailhead. Near the end, there is a side trail that connects to Willington’s Fenton-Ruby Park. In provincial Connecticut, where each town is its own fiefdom, it’s rare that two town conservation commissions agree to link property with a town border crossing connector. 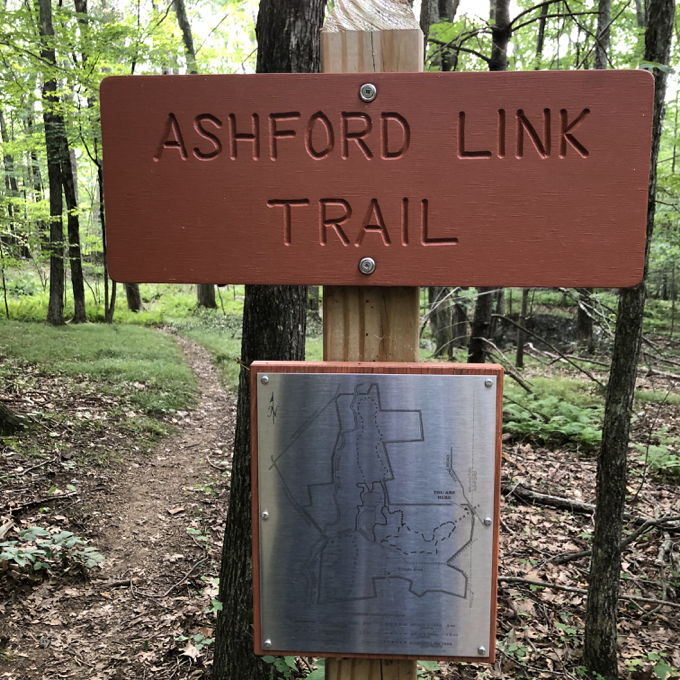 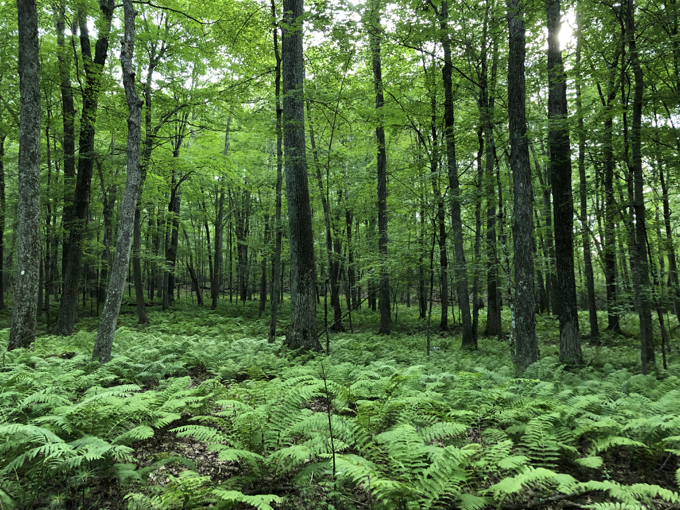