“Instead of the gym tomorrow morning, I’m going to the beach.”
“Um. What?”
“Yeah, I’ll be home usual time, don’t worry about it.”
“Um. What?”
“I just want to hit the sand in the early morning light. It invigorates me.”
“Um. What?” 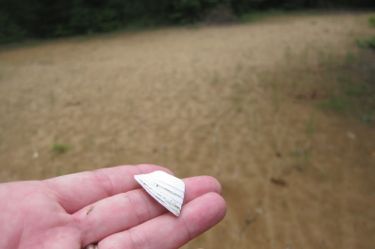 I made up that conversation, but that’s exactly how it would have gone had I told my wife my Matianuck plans. Because who thinks of “sand dunes and sea shells” when you think of Windsor, Connecticut?

Wait. Who thinks about the extreme southeastern Windsor right near the I-91/I-291 interchange just above Keney Park and the north end of Hartford? 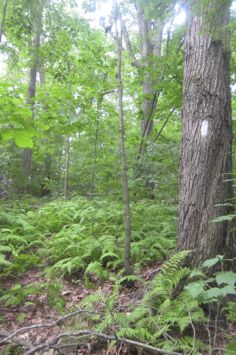 Well you should. For one, I happen to work in Windsor and there are a bunch of cool places and things to do in Windsor. Hiking in Matianuck Sand Dunes Natural Area Preserve is but one of them.

Yup. Sand dunes. In Windsor. Just northeast of the highest violent crime area of Hartford. (In fact, on the morning I checked this place out, a man was murdered just south of Keney Park at Jumoke Academy. And knowing the half factual, half urban legendy stories of murder victims turning up in Keney Park over the years, this isn’t really the ideal place to go for a hike I suppose. However, I’m not really concerned about murderers hiking into the wilds of this place too often.) 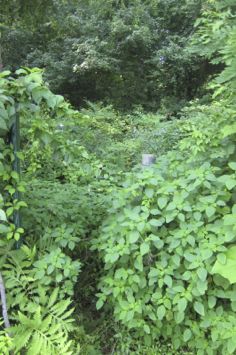 Are you sold yet? No? Well, I’m not sure the first part of my adventure will convince you, but read on…

There are several ways to get to the sand dunes. I took the generally accepted way in ­ from the back of the commuter lot on Cottage Grove Road (route 218). It is not an inviting trail head to say the least: 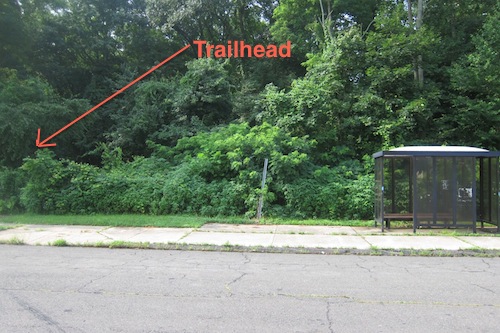 Once past the initial mess, the trail is cleared better than you’d think it would be here. Sure, you have to climb over a few blowdowns and trudge through several streams and swamps and muck, but the trail is actually blazed (white) and I only lost it a couple times.

Hey, we’re looking for sand dunes in Windsor people, you can’t expect this to be an easy trip. 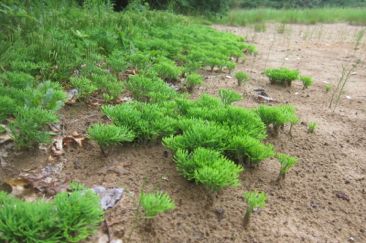 If you are mosquito bait, you’ll want to avoid this place at all costs during the summer. With the wet June and July we’ve had this year, and this trail’s penchant for skirting and/or slogging through every fetid Dagobah swamp in extreme southern Windsor, the swarms of skeeters here are positively Evergladian. I have never seen so many mosquitoes alight on my arm all at once in my life.

Fortunately, they don’t bother me at all. I know, weird.

But what does bother me, on some level, is noticing a cross memorial planted about 50 feet off the trail in the middle of a swamp. I can only imagine one of the aforementioned dead bodies was perhaps found here at some point. I mean, what else could it be? 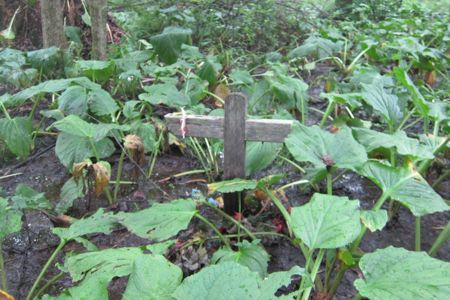 After the swamps, you’ll notice a clearing to the right. That’s the St. Benedict’s Cemetery. You’ll also notice a nice wide clear path to the back lawn of the cemetery. At that point, you’ll say, “hey, I could have just parked at the back of the cemetery and walked in here and avoided the bushwhacking and the muddy feet and the murder memorials and the mosquitoes” ­- and you’d be right. But where’s the ADVENTURE in that?!

Back to the trail, which at this point is fairly “normal” and takes you through oaks and pines and such for a quarter mile.

Then the ground beneath your feet suddenly turns sandy: 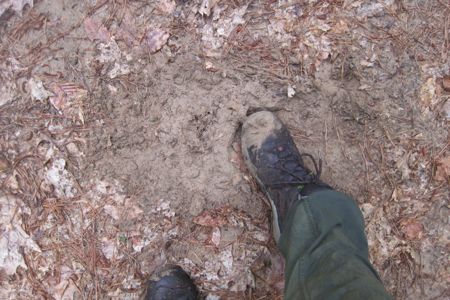 And the trail officially ends in a small patch of beach with a few towering pitch pines. However, though it’s not blazed, the trail continues south to the dunes. (Ironically, the trail is easiest to follow at this point.) 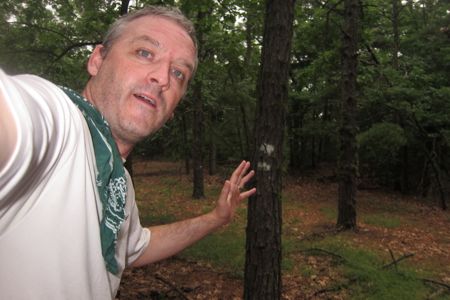 It really is a bit startling to happen upon the dunes. There are two dunes beyond the first one you encounter, so continue southwest to the much larger one. For geology geeks like me, this place is fascinating. I loved it. In case you missed it, there are ancient sand dunes in Windsor, CT!

I spent some time on my hands and knees looking for any of the three rare insects that live here: the big sand tiger beetle, the ghost dune tiger beetle and a rare species of trap-door spider.

Stupidly, I didn’t bother looking up with these guys looked like before my little hike, so when a fairly boring looking beetle alighted on my sweat-covered forearm while I was looking for the trap-door’s trap doors, I brushed it off and didn’t think about it. 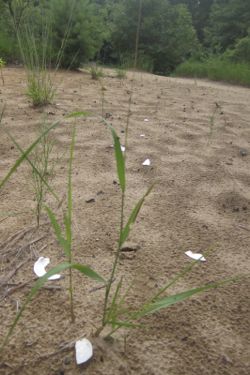 Until right now, when I looked up what the ghost dune tiger beetle looks like and, HOLY CRAP! I HAD A GHOST DUNE TIGER BEETLE* ON MY ARM!

*Maybe. I can’t be sure. But I swear, it sure looked like it.

I poked around in the sand for a good 15 minutes before the absurd humidity and mosquito clouds did me in. I found no trap doors, but I really enjoyed finding all sorts of antediluvian clam shells and other assorted ancient artifacts.

I also found a few Star Fungi. I picked one up, remarked to myself that it seemed weird, threw it on the ground and walked away. I’m getting the feeling I should return to the dunes soon.

So how did this place come to be? The 270-acre preserve contains ancient sand dunes lying on the bed of what once was the glacial Lake Hitchcock, a huge body of water that, 15,000 years ago, reached from Rocky Hill north to Vermont. I’ve heard and read about other tiny little dunes in the state – Enfield to be exact – but the Windsor ones get all the glory.

These dunes are just cool. Period. The unique (to central Connecticut anyway) vegetation, the shells, the rare species potentiality, the clarity of bobcat tracks in sand: 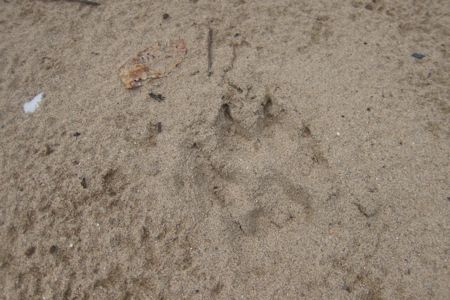 I really enjoyed it. You can access the dunes via Keney Park from the south as well, via an unmarked trail. If you come that way, you’ll pass through a not-so-ancient abandoned go-kart track which is interesting in its own right. In 2013, an Eagle Scout project got underway removing the hundreds of tires leftover from the old track.

My return trip was uneventful. No matter which entrance you choose, the out-and-back walk is never much more than a mile. 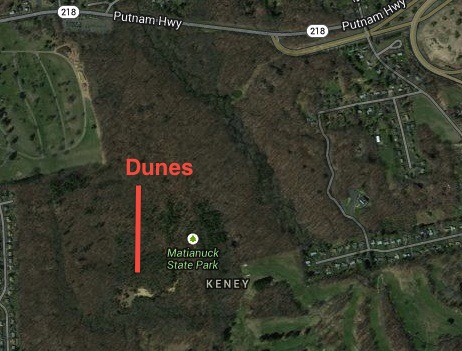 The dunes from space