First, let’s take a moment to recognize the fact that New Canaan has an active land trust and that they are involved with preserving forests and fields in a town where land is a tad bit expensive. Shout out to them. 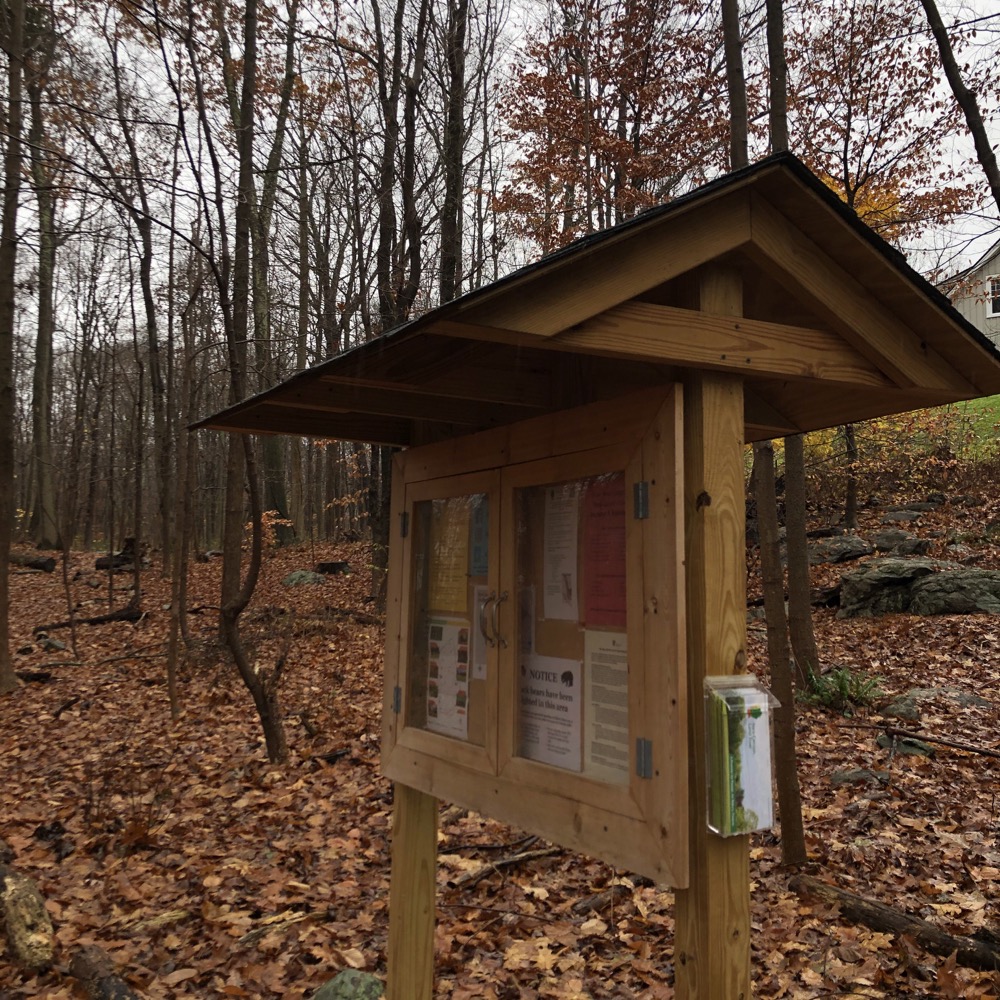 Nevermind that their preserves are mostly all very small and are often within sight of very expensive houses and/or roads traveled by very expensive luxury vehicles. The NCLT are fighters and survivors and I think they’re pretty great.

Nevermind also that a member of the NCLT once emailed me to say that their trails are probably not worth my time because they are so short. Nay, said I, it’s those short trails maintained by organizations facing immense development pressure that I so often enjoy the most! 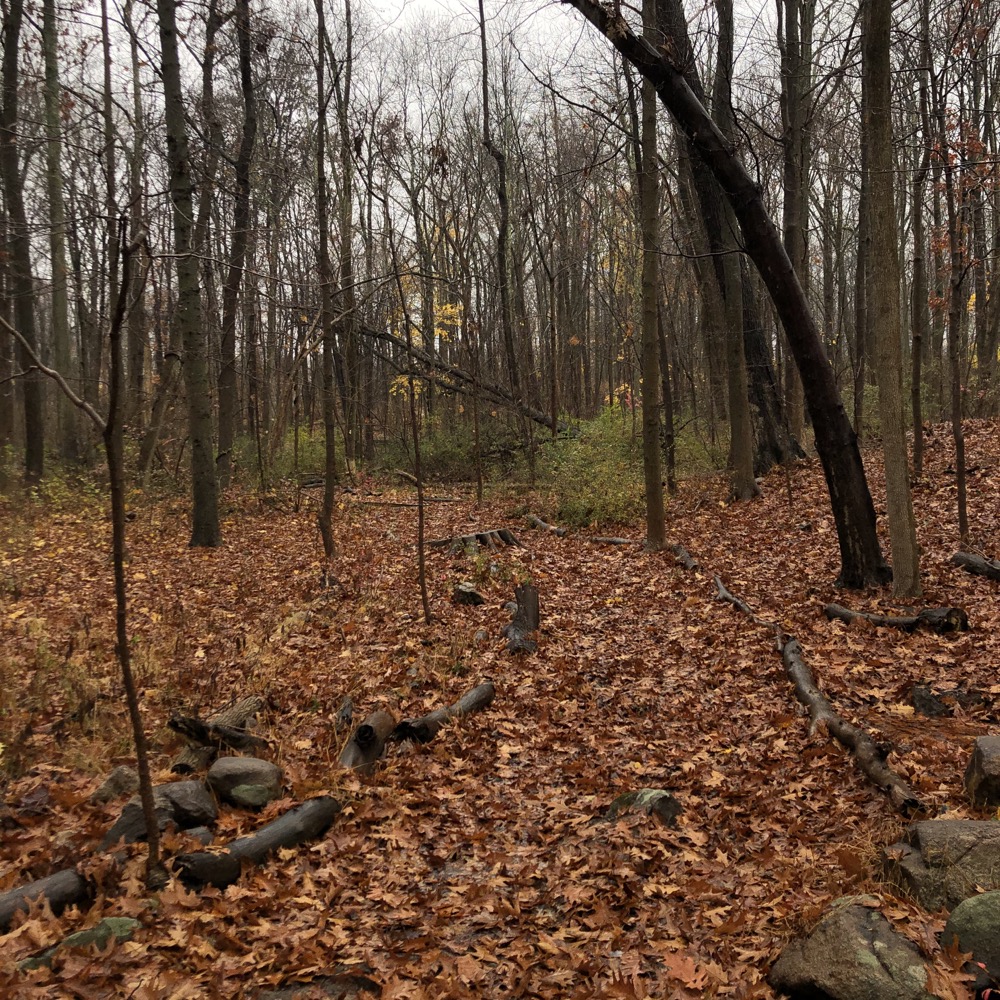 Which brings me to the Marvin, Massarella, & Friends Firefly Sanctuary, a small parcel of woods and field that everyone refers to as simply, The Firefly Sanctuary. I was excited to take a short detour here with Hoang in the car to hike the trail. (She was dressed nicely and, well, she didn’t need to see this place like I did.)

A very short trail. On a chilly and rainy November afternoon. When there would certainly be no fireflies flitting about. To me, that didn’t matter. We’ve all seen fireflies – though speaking for myself, I am seeing far fewer these days than when I was a kid. For this place is special! New Canaan’s Firefly Sanctuary is the only dedicated firefly sanctuary in the United States! Very cool. 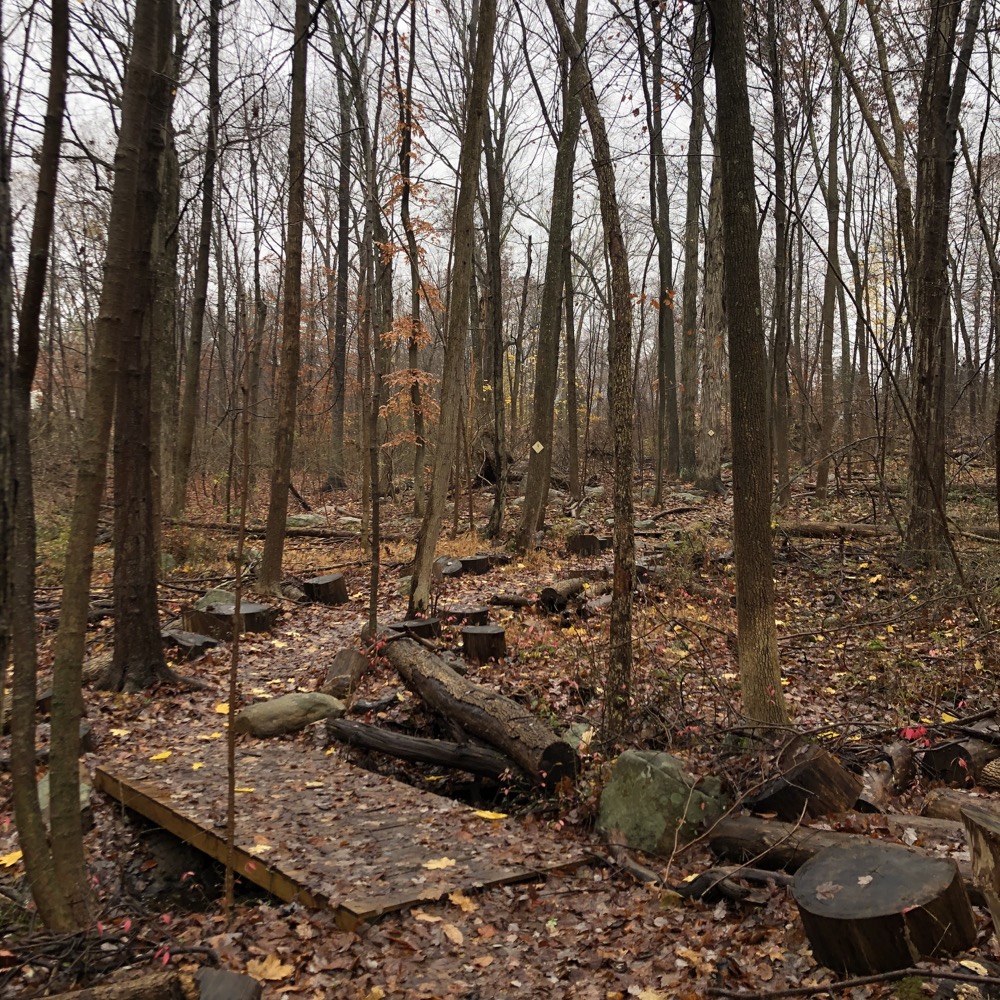 A trail and a Connecticut superlative?! Away we hike!

I crossed a small bridge from the road and made my way up the slight incline along the very well maintained trail. The woods were… nice. The trail was fine. The bridges were slippery. After about a third of a mile, I reached the firefly field; the reason this trail exists. One Dr. Christopher Cratsley wrote in The New Canaanite:

I have traveled the world studying fireflies for over 20 years, and while the United States boasts many beautiful nature preserves where fireflies can be observed, New Canaan’s is the first dedicated Firefly Sanctuary I have encountered in the United States. The firefly show was magical that evening, and included at least three different species of fireflies.

I congratulate your community for the farsightedness of preserving habitat for the beautiful, bioluminescent courtship displays of adult firefly species and their glow worm larvae that serve as an important apex predator of the woodlands and meadow soils. 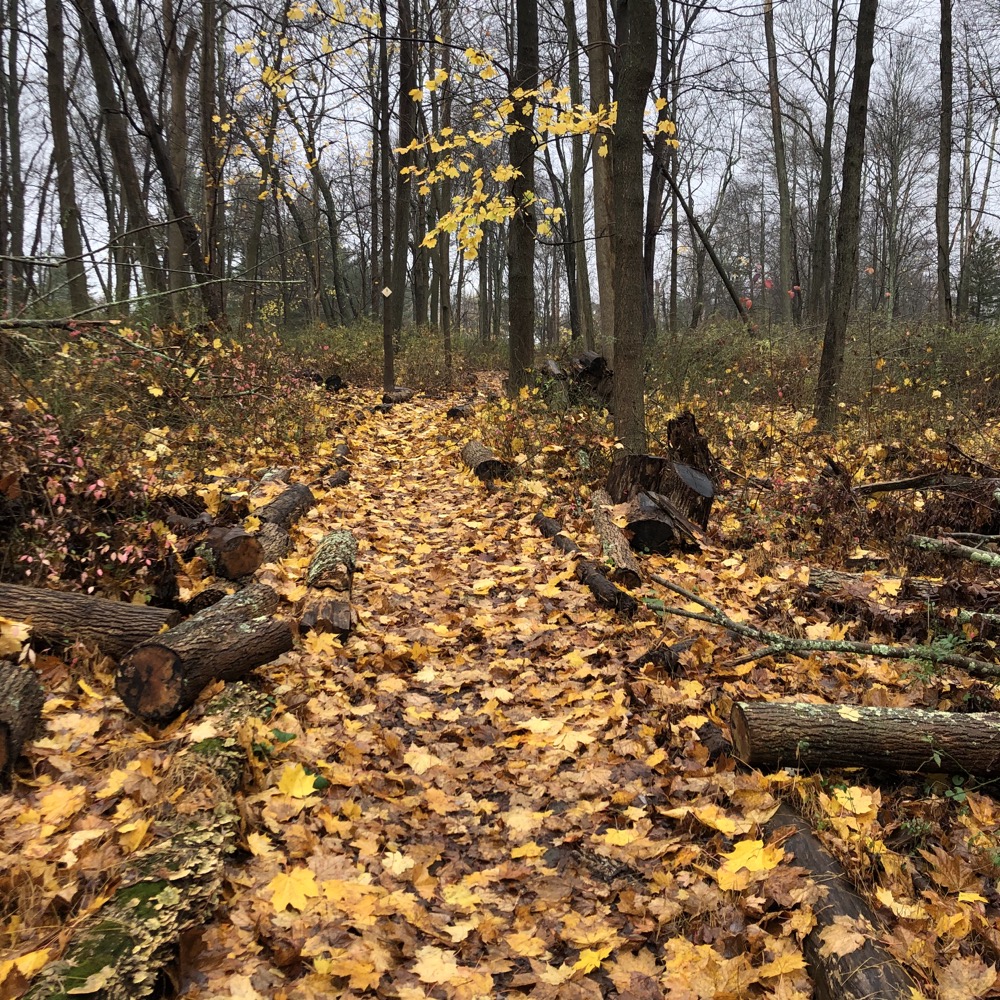 Huh. I had no idea that glow worm larvae are the apex predators of meadow soils. To hammer the point – and hedge on at the same time – of this preserve’s uniqueness, the NCLT says, “The Land Trust’s Firefly Sanctuary is likely the first dedicated firefly preserve in the United States.” Eh. We’ll go with it until someone from Idaho tells me they’ve had one since the 1960’s or something. 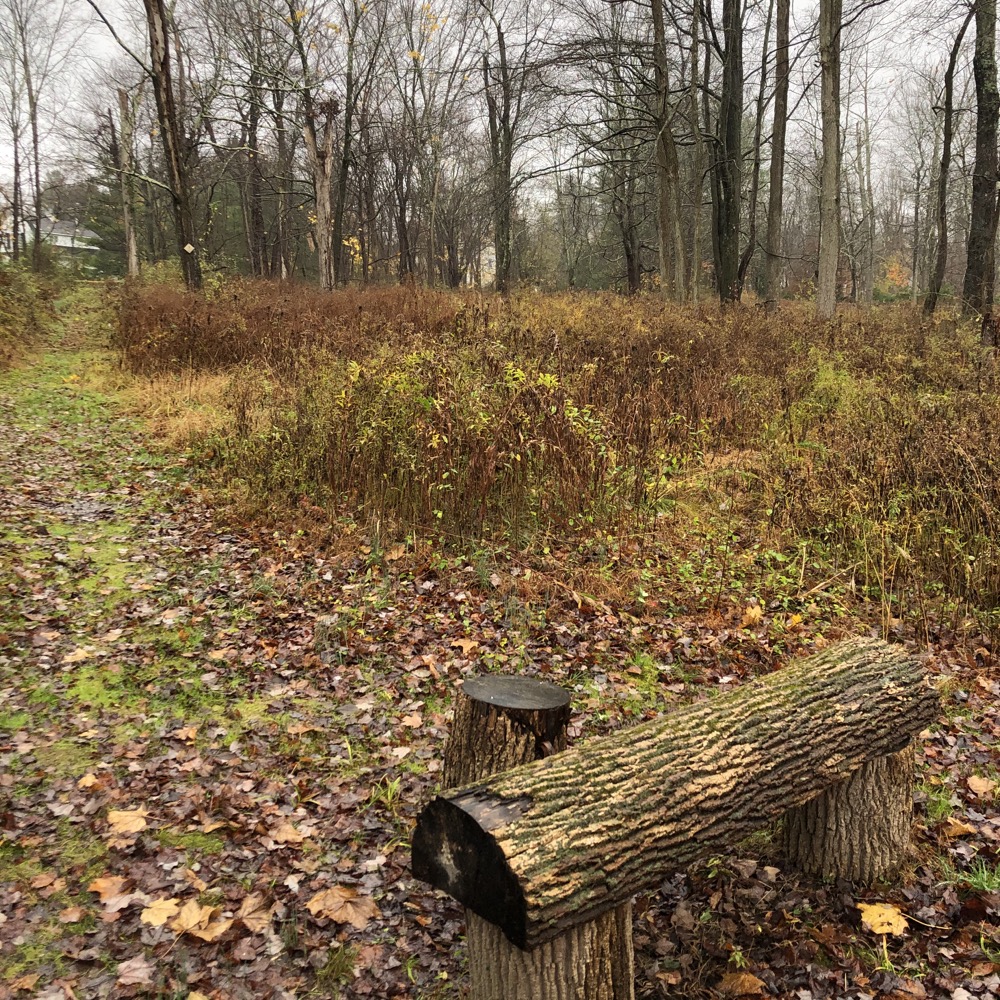 I reached the end of the trail in the field, turned tail, and picked my way down the wet and muddy trail back to the car. Perhaps the most startling thing about this place is that you are allowed to trudge through the woods of New Canaan at night. Yes, you, you very non-New Canaanite.

Visitation Hours: Dawn to Dusk, except during the firefly viewing season, when visitors are welcome to stay through the evening. Please plan to finish your visit by 10:30pm and be courteous to neighbors on your departure. 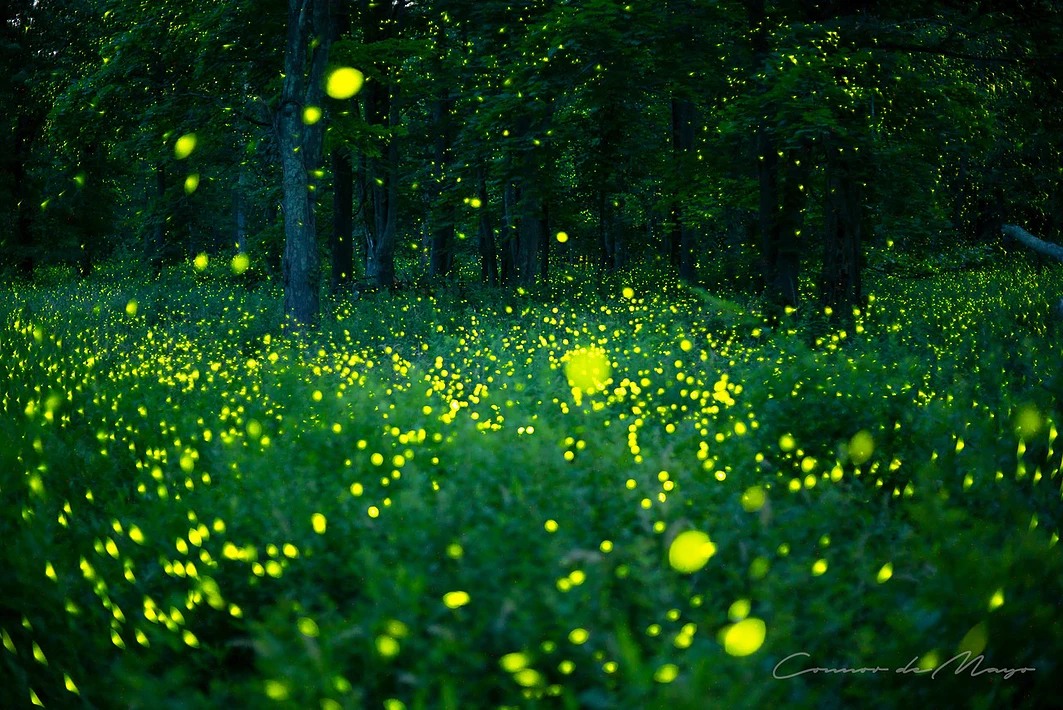 Photo from the NCLT. While lovely, it appears to be a bit, um, enhanced

I very much suggest you are courteous to those neighbors at 10:30 PM, making noise in the woods behind their houses.

This is a cool little preserve and my very obvious jealousy towards those lovely folks who can afford to live in New Canaan’s woodsy backroads notwithstanding, I really do appreciate what the NCLT does and how it allows for all of us to enjoy the fruits of its labor. 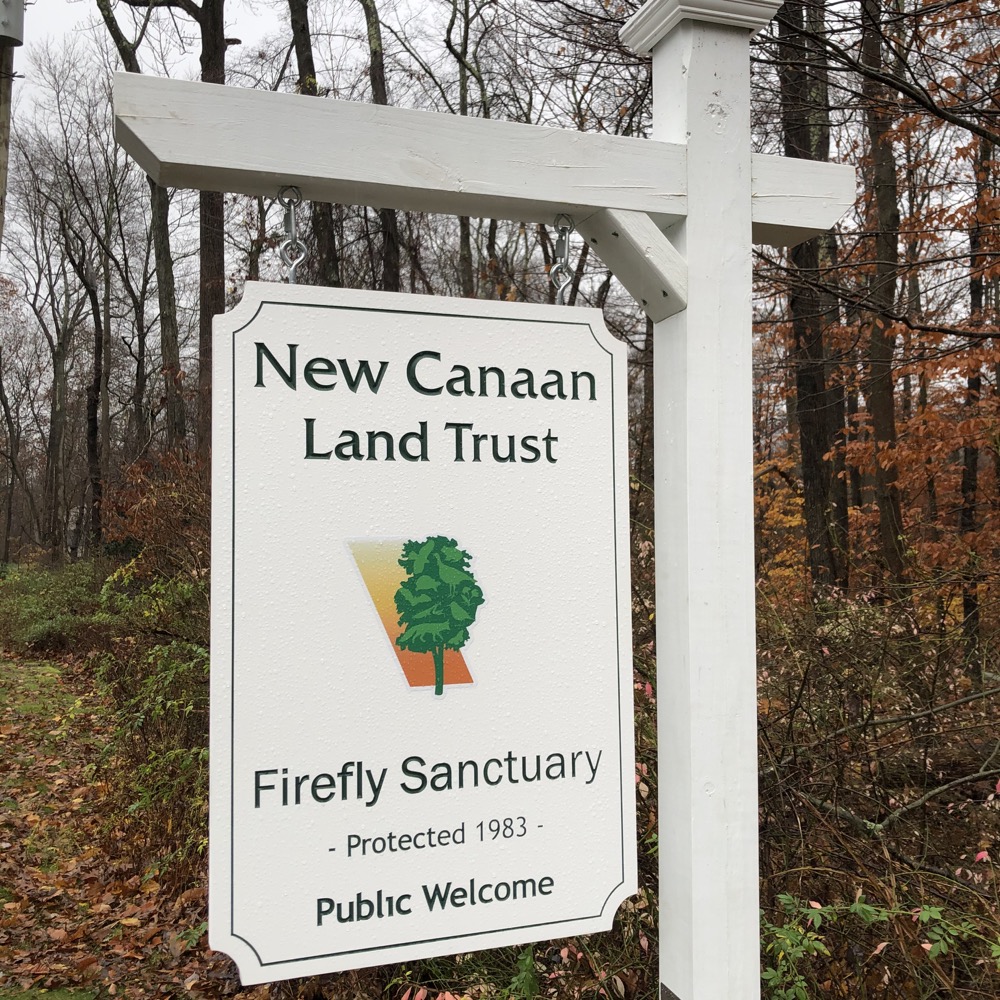