Every brewery’s rise from idea to actual production and patronage is different. Some quietly open on a random Tuesday in February and only friends and family even knew they were trying. And then some others announce their arrival in 2014 and have their grand opening in 2019. 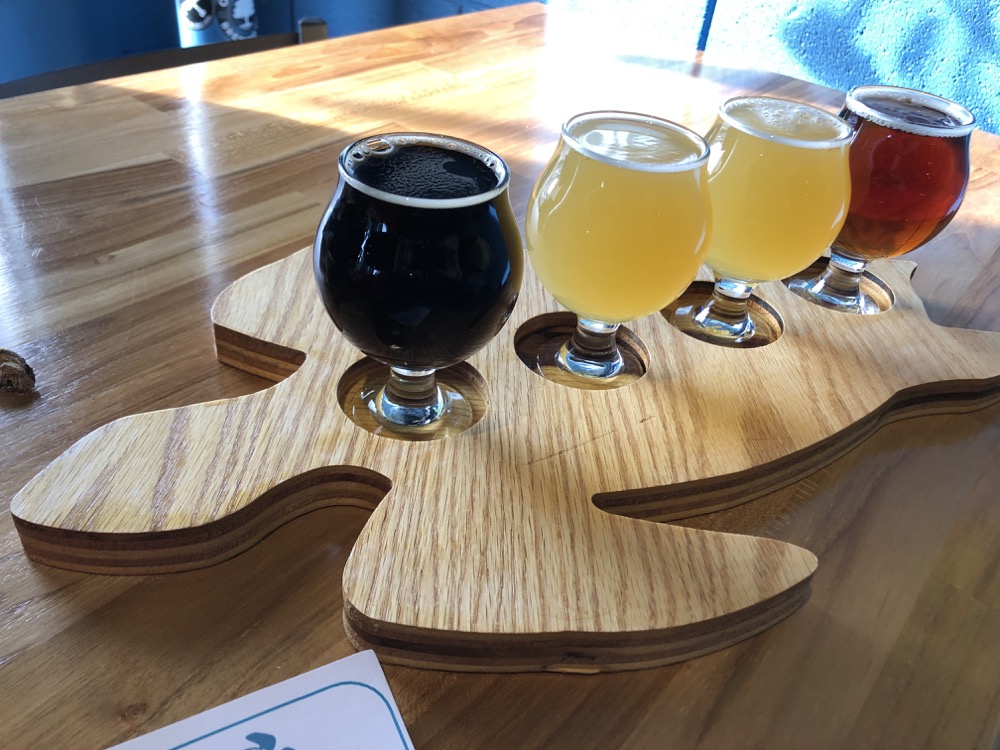 Such was the case with Niantic Public House (NPH). Now, surely the Niantic section of East Lyme put some hurdles in their way over the years. But c’mon. For years I’d follow their rarely updated social media and all anyone knew was that there would be turtles involved and it would be a brewpub. And then a full scale restaurant. More turtles. Then more of a brewpub.

Nah. Just a brewery. Which is fine with me. 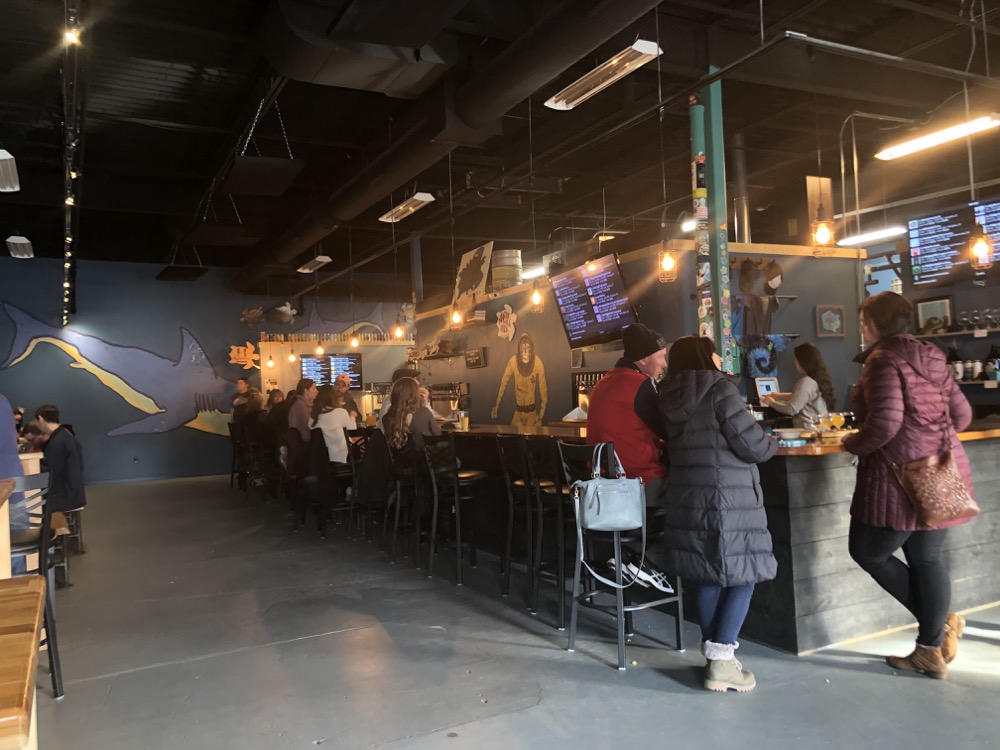 (If you don’t get the title reference, NPH is an oft-used nickname for Neil Patrick Harris who starred as Barney in “How I Met Your Mother” and one of his catchphrases was… wait for it… sigh. Explaining jokes is terrible form. Just watch the compilation with the knowledge that the wait for the brewery was years-long.)

I wasn’t sure what to expect upon arrival, but was fairly well impressed by the massive tap list and the murals. NPH is a brewery, yes, but it’s also a bit of a neighborhood bar as well. Their website claims “there are always 22 beers and two ciders on tap” I just checked their website and I only see the in-house beers listed, but they always have some other locals available as well. Maybe it’s different during pandemic times. 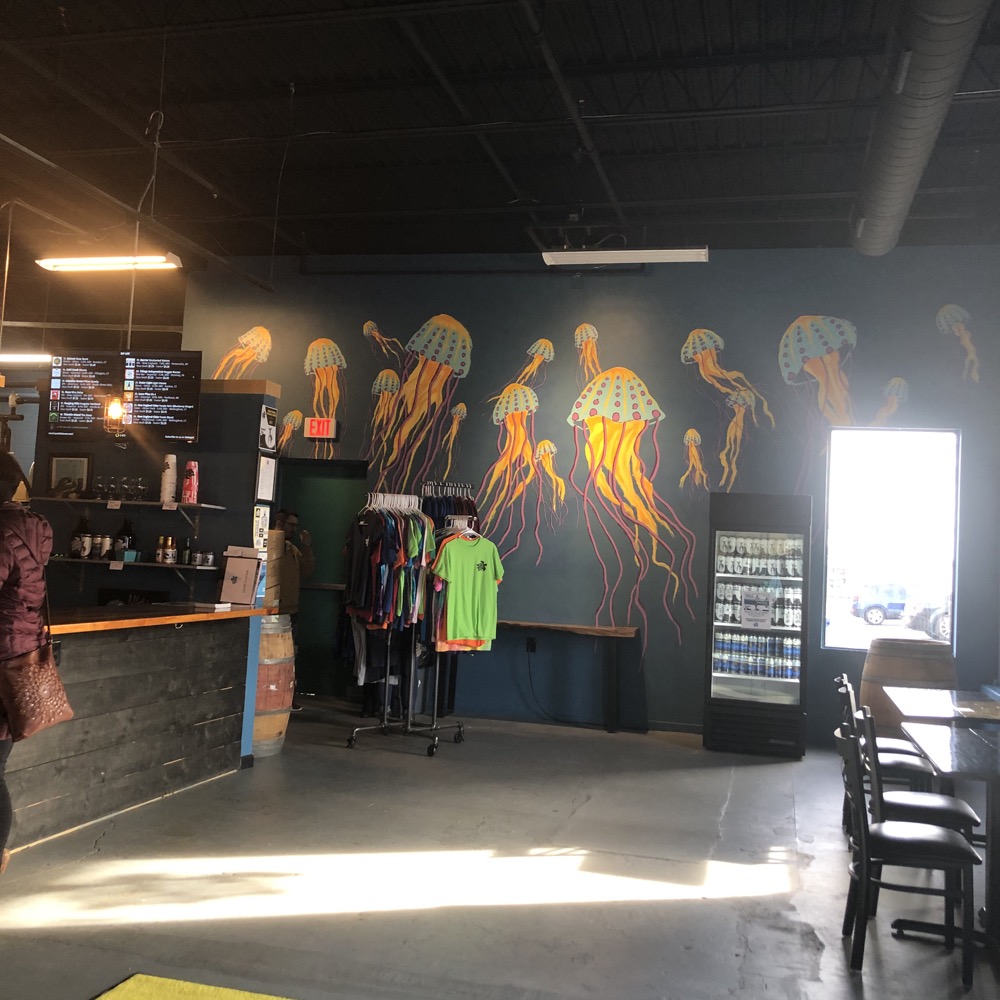 Of course, I wasn’t there to have non-NPH beers. Let’s see what you’ve got NPH – where I guess the motto is: BEHOLD THE TURTLE, HE ONLY MAKES PROGRESS BY STICKING HIS NECK OUT.

In 2002, Todd Sakowski began home brewing with the assistance of his Mentor, Paul Zocco of Zoks Home Brewing & Wine Supplies, in his parent’s home. Eventually, Todd’s experimenting led to a small house fire (no injuries, phew!), a busted stove and one angry mama. In an effort not to replace another stove, Todd’s mom purchased his first ½ barrel home brewing system (Thanks Terry!) that led to the creation of many unique and flavorful brews over the next 12 years. 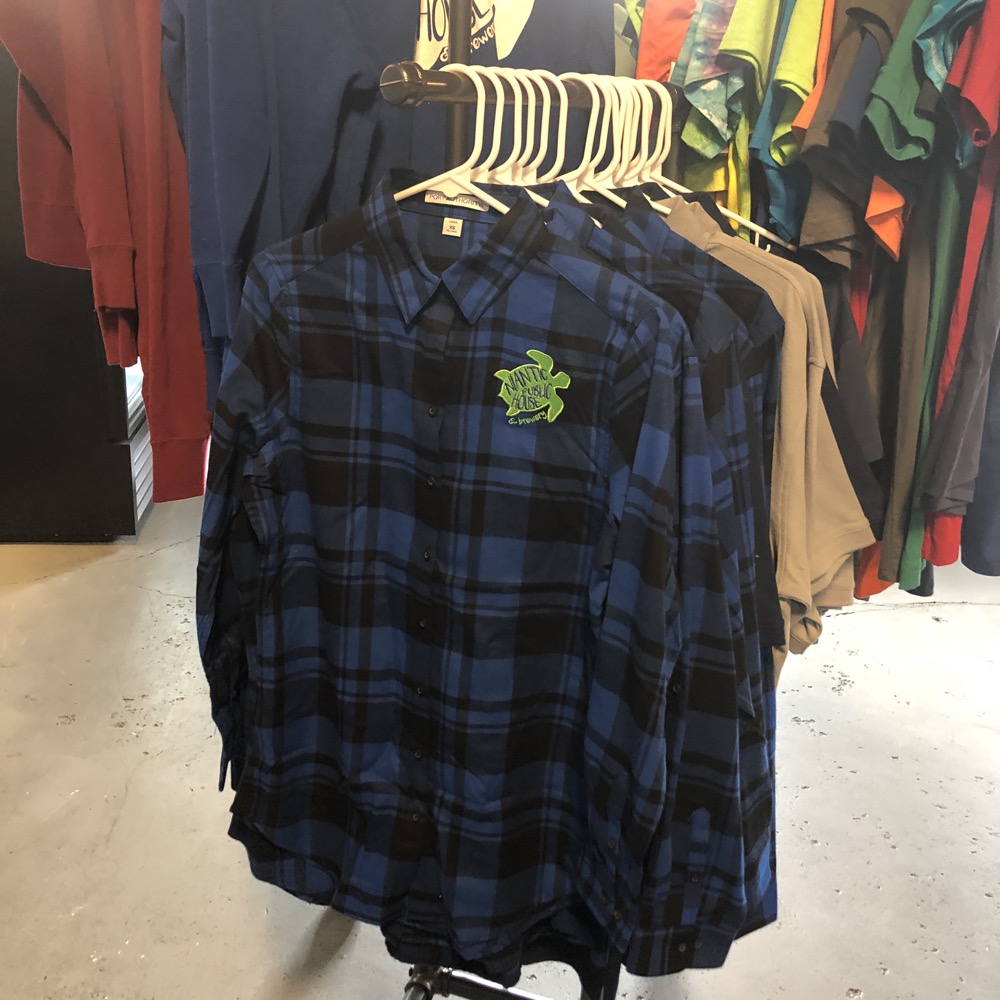 Which, yeah, takes us to 2014. I’ll remind you again it opened in late 2018. Okay, now I get the turtle thing. Sorry, I’m a bit slow too. I ordered a flight of an amber ale, a NEIPA, another dang NEIPA, and a stout. I don’t know why I got two NEIPAs, but I’m thinking my options were limited at the time.

While waiting, I checked out the mural work by local New London artist Jacob Cullers. It’s pretty awesome. Cullers teaches at Three Rivers Community College and is an Iraq veteran. He apparently raps as well. Something tells me he’d make for a fascinating drinking partner. His work at the brewery is fun and bright and the men’s bathroom needs to be seen to be believed. (I assume the women’s bathroom is similar. At least I hope so.) 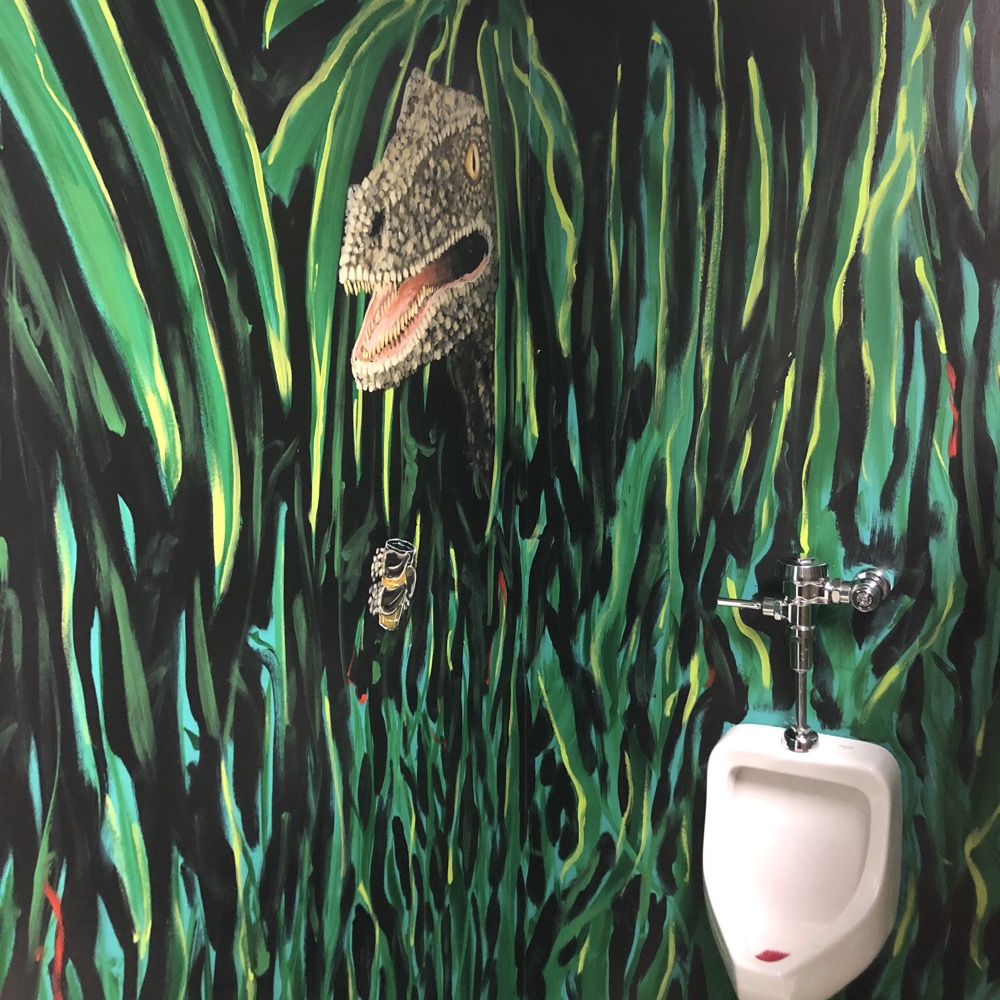 Hm. That reads like an ADHD mess, but here’s the thing: NPH more or less shares a parking lot with the downtown outpost of the Legend -wait for it – dary Book Barn! Very few breweries would get me more excited than the Book Barn, so that’s not really a knock on NPH. (And it goes without saying that in the end, I wound up spending more time at the used book store than the brewery.) The Book Barn rules and quite frankly, its proximity assures future NPH visits from me.

Even if the amber ale was “thin, lame, and watery.” 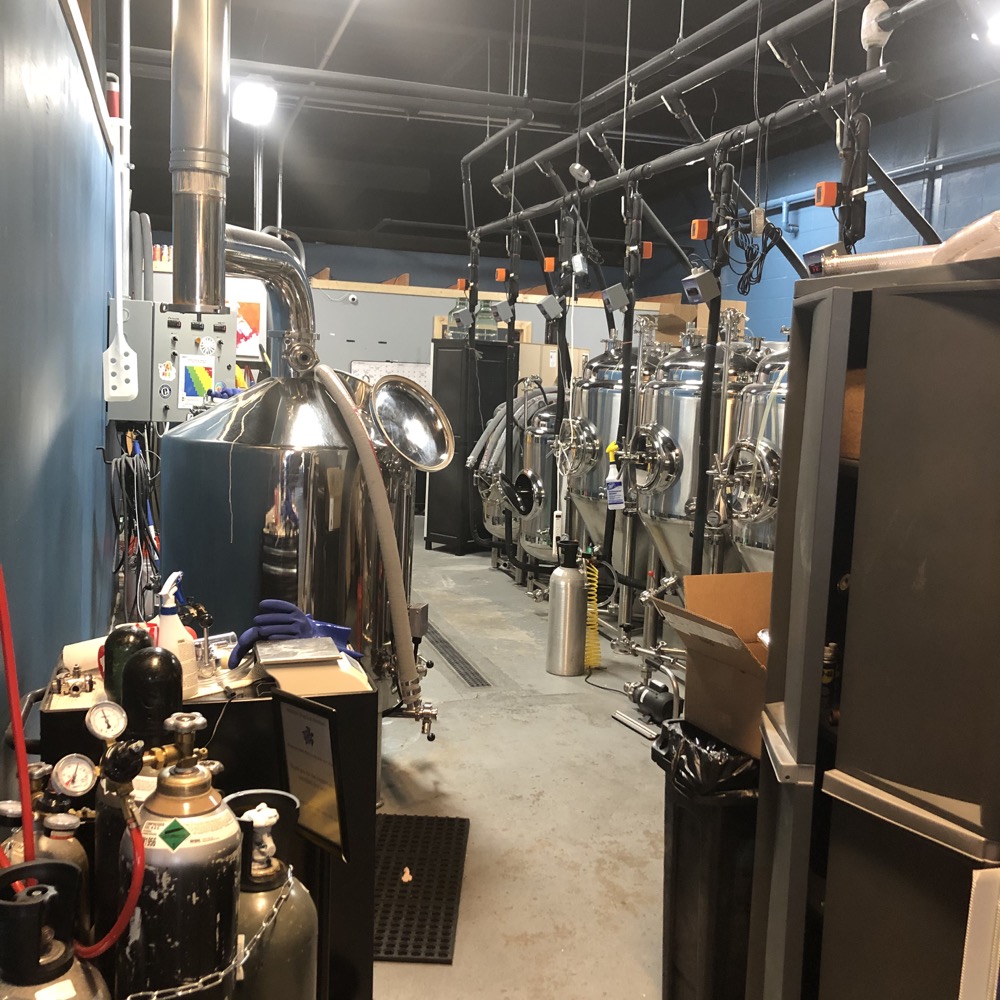 I’m sorry I don’t take detailed tasting notes, but apparently the first NEIPA I had was not good. I believe it was a case of NPH trying to nail the new hot style at the time and refusing to let go of proper DIPA roots. So what I got was a sort of confused old school bitter DIPA (good!) with new school hops and it hadn’t yet found its footing.

The “Mystery of Juiceboxin'” NEIPA was a full-on true-to-new-style effort with too much Citra and Mosaic. Which is exactly what they wanted it to be. I’m sure people love this beer. As for the stout, I deemed it “okay.”

But then my notes conclude with “really not that bad.” And it wasn’t. Trust me, I’ve had far, far worse than what I drank at NPH. Perhaps I was a little cranky at the outset; itching to get to the book store or something. Perhaps the looming pandemic was weighing me down, as I was trying to get to as many of the new breweries as I could before the March shutdown… I don’t know. 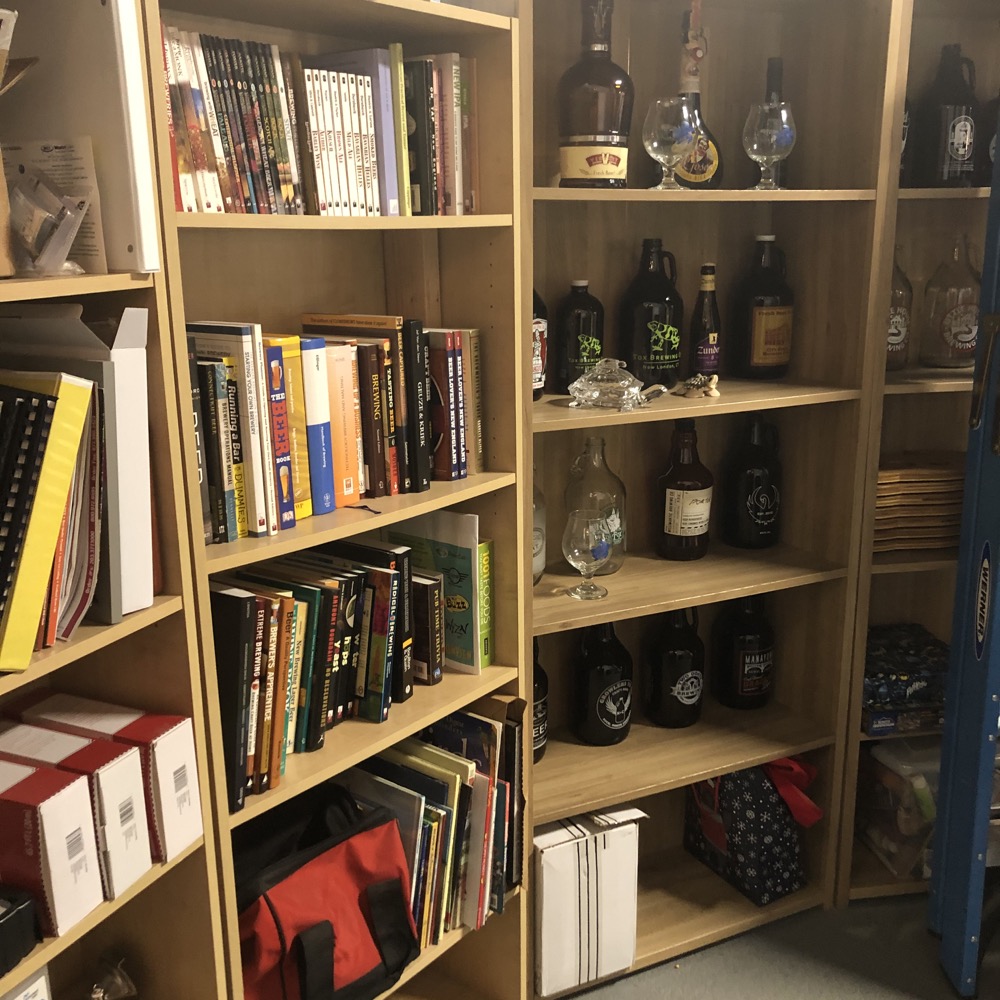 Inspired by the Book Barn!

The servers all seemed to be having a good time and there was a decent crowd for a February afternoon. None of my preferred styles (pales, lagers, normal IPAs) were on tap, and that seems to be a function of my poor timing luck rather than anything else. I see that as I write this, there are normal IPAs, a pilsner, a bock, and even an English Mild(!) on tap.

I’m happy to see those styles on tap and it’s great because I could always use some new used books. 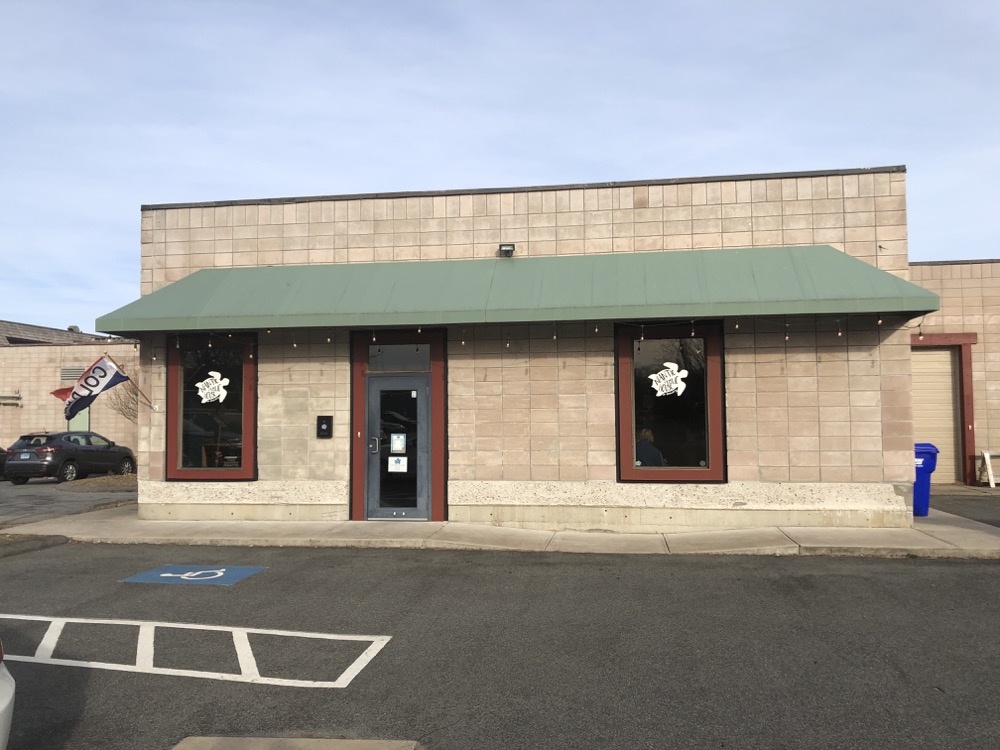