On the surface, I live a pretty normal suburban married dad life. Minivan, yardwork, soccer games. But lurking beneath that veneer of normalcy is a weirdo who aims to go to every museum in the state. Many hundreds of them. And not only that, I’m attempting to essentially visit and write about everything in all 169 towns. 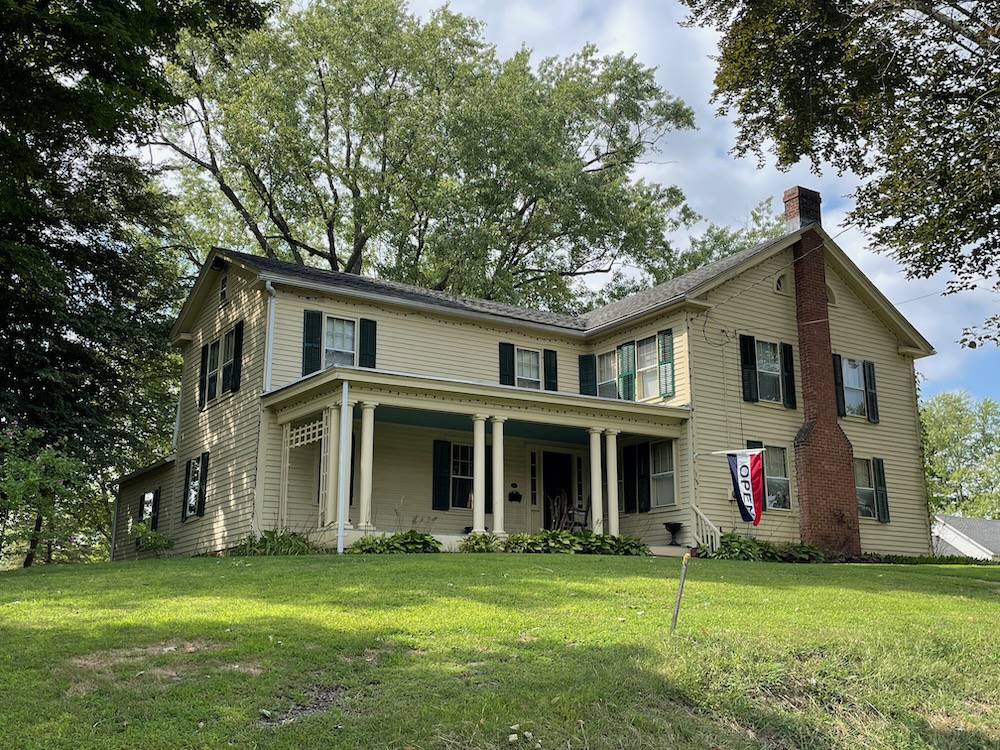 Take Windsor Locks here. A town you never think about unless you’re flying in or out of Bradley Airport or visiting the excellent New England Air Museum. Not too far from my hometown and very near my workplace. It’s small – the fourth smallest town in the state! – and, well, doesn’t really have too much CTMQ content. I should have “completed” it years ago!

Alas, I did not. All because of this place: the Noden-Reed Museum. And a little COVID-19 I guess. 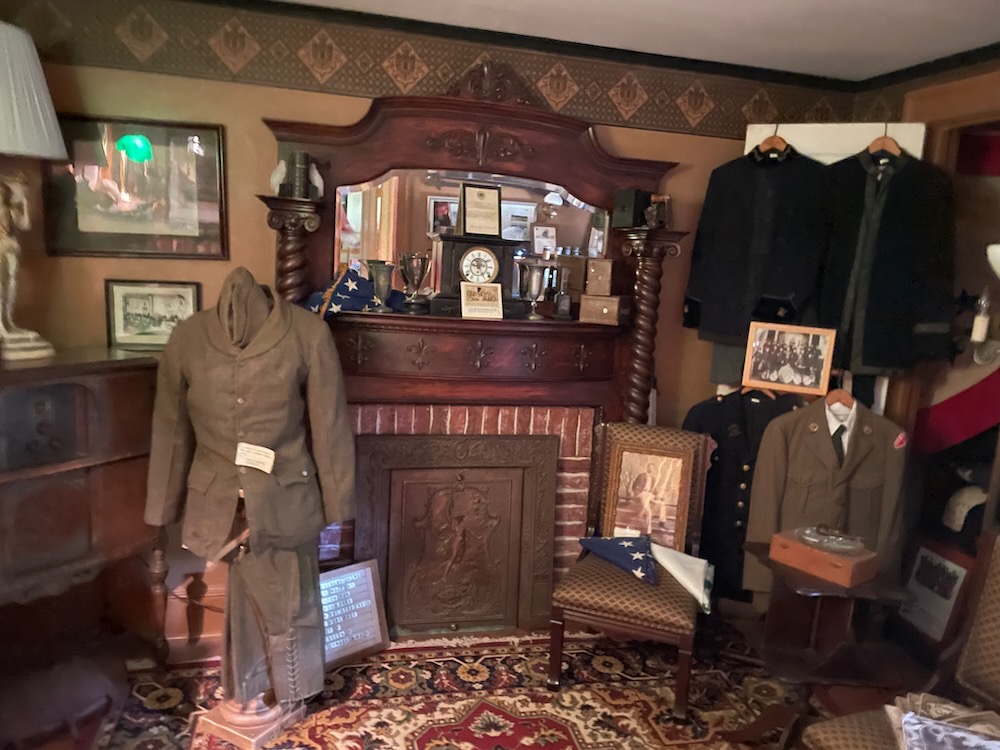 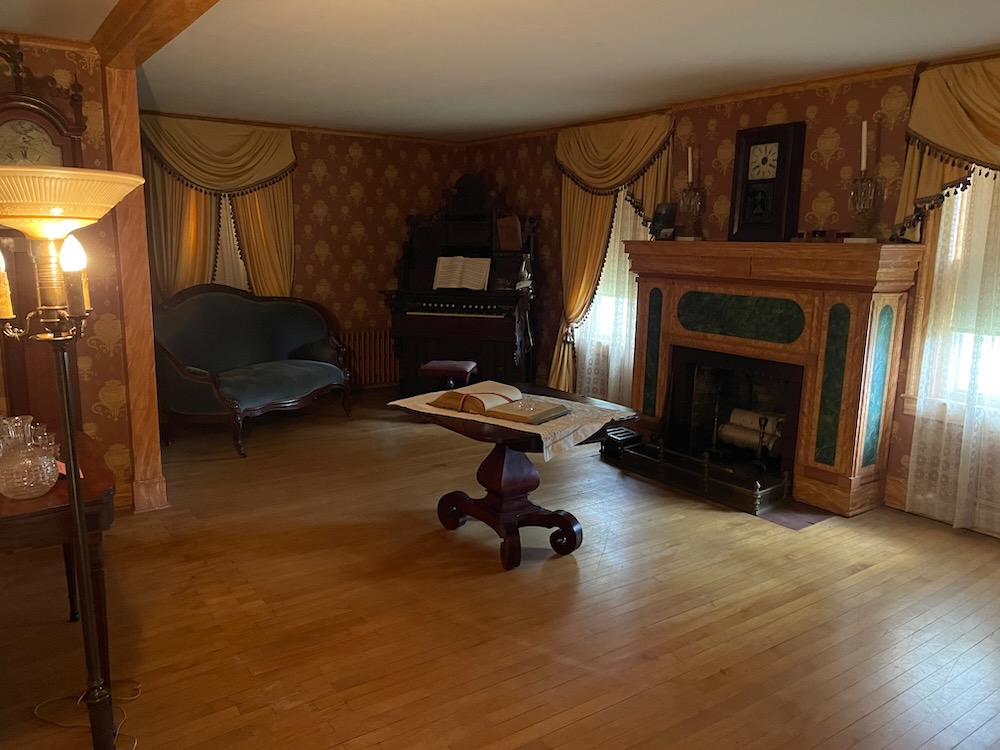 It has never been easily accessible, due to it only being open a few times per year. (In 2022, it’s only open for a few hours on the last Sunday of the summer months – though you can probably book an appointment if you’re really into Windsor Locks history.) I tried to visit at least a couple times when I thought it was supposed to be open pre-pandemic, only to find that it was not.

Then the pandemic happened. During which, a brewery opened in town (went there), and a town trail became known to me (hiked it), another American Society of Mechanical Engineers National Landmark was bestowed (wrote about it)… and I still couldn’t get into the town historical society’s singular museum. 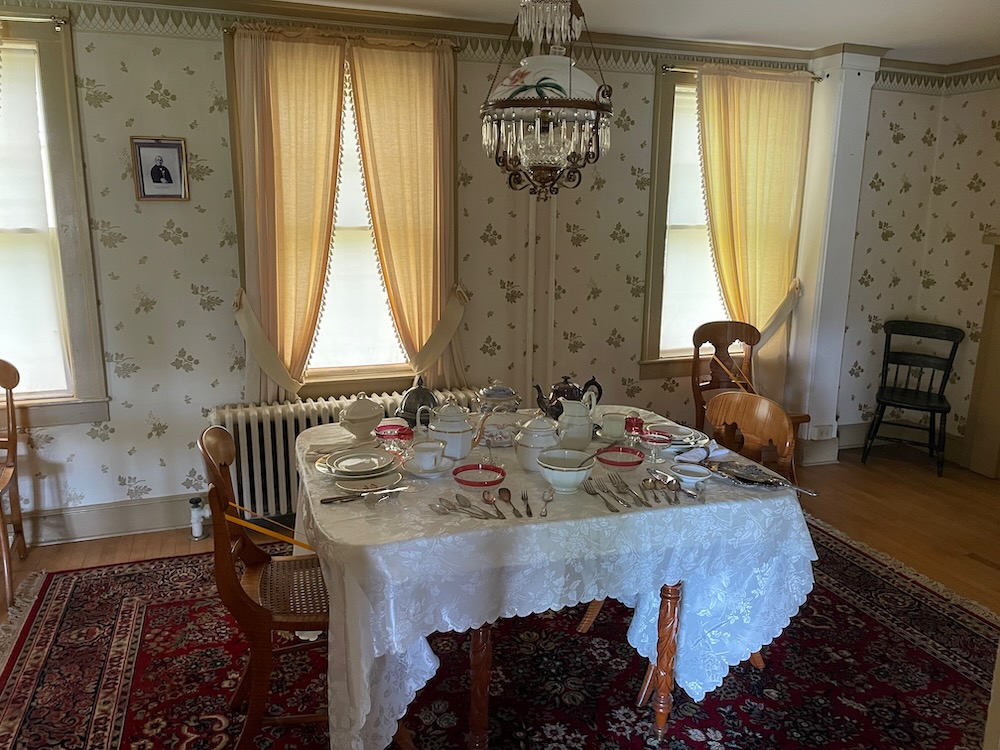 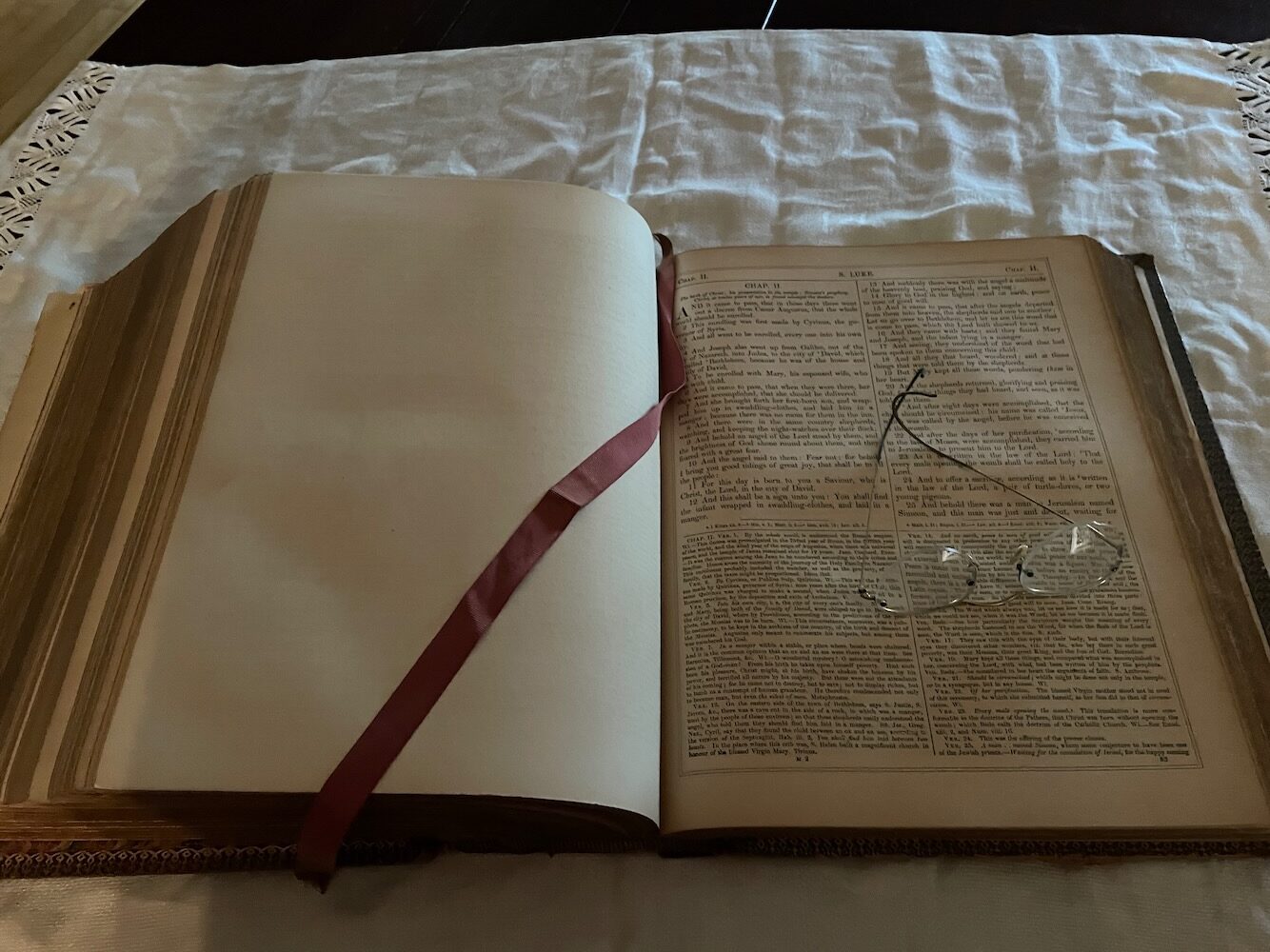 And then… it happened. The stars aligned. In the midst of shuttling my son about, grocery shopping, unpacking from vacation, and preparing for new school years, I was able to scoot up to Windsor Locks and visit the museum. To be honest, I wasn’t confident it would be open until I saw that lovely “Open” flag flapping in the late summer breeze. Huzzah!

The Noden-Reed House and Barn stand with beauty and dignity as they have since the 1800s. Each embraces treasures and mementos from the earlier days of this riverside town. Built in 1826, the barn is one of the few remaining brick barns in New England. Inside, handsome carriages look ready for a Sunday ride. Fine old farm tools include the hatchets and spears once used to cultivate tobacco. In the 1840 farmhouse, hand-stitched quilts and blankets adorn antique beds. Vintage clothing, uniforms and accessories are on abundant display. An array of jugs, bottles, tin and wooden utensils line the country kitchen shelves. As one of the town’s nine homesteads at the time of the Revolutionary War, Noden-Reed Park was the site of Hessian soldier Hendrick Roddemore’s cabin. By legend, this was the home of Connecticut’s first Christmas tree in 1777. With great pride, the Windsor Locks Historical Society welcomes you to see and savor these 19th-century highlights at the Noden-Reed House & Barn. 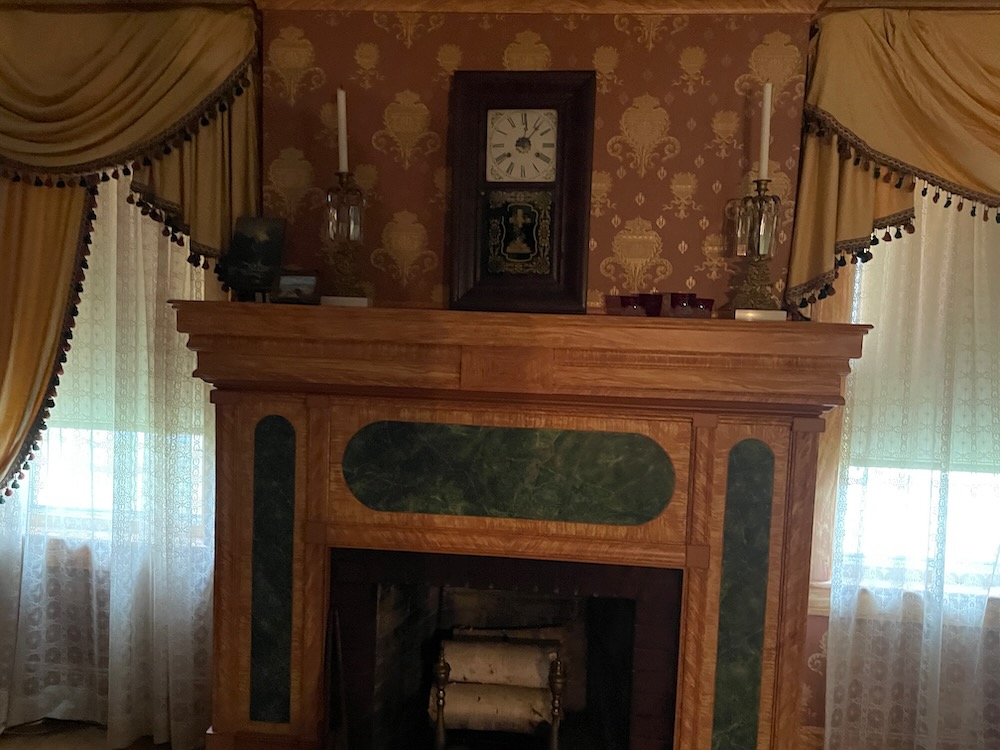 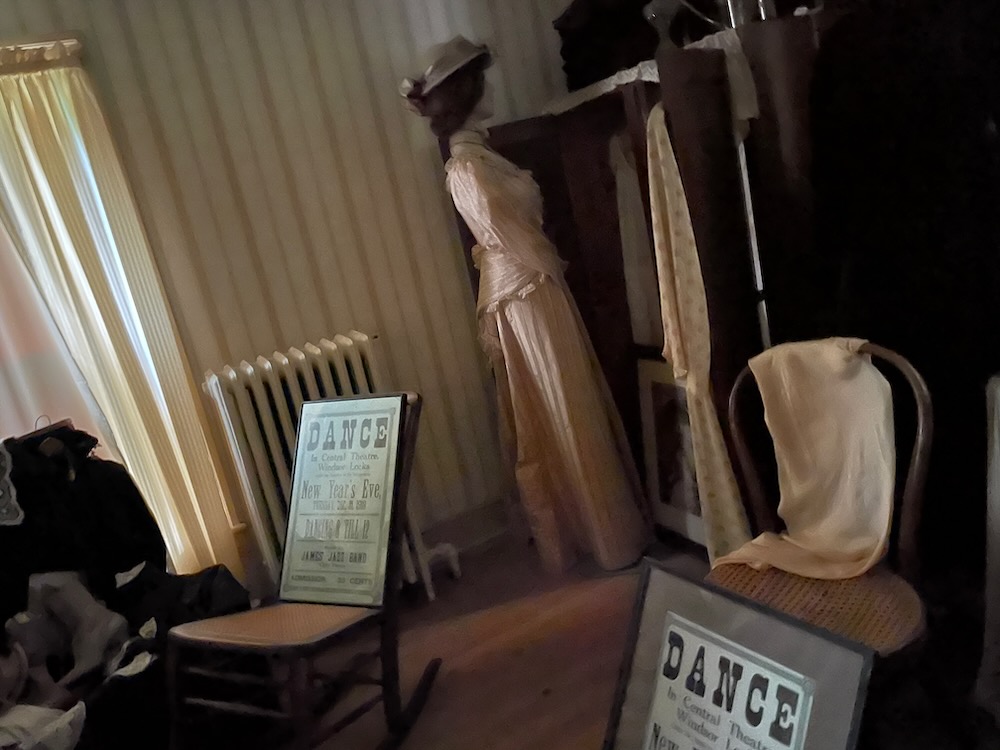 Sigh. The Barn. The barn is closed in 2022 and for the foreseeable future, as apparently it’s a right mess. Birds and water have ruined the joint, but at least the carriages in there are protected. No, I will not be getting back up here just for the barn… I’ve seen enough barn museums to last a dozen lifetimes. Old tools, musty smells, poor lighting, and a carriage or two. Got it.

I entered the house and alerted the man inside. We exchanged hellos.

I was invited to take a seat in the living room. The man pulled up a chair and sat directly across from me. We were alone. This was weird.

My man just launched into a history of the house and town. Just me and him… alone in this nice old house. Facing each other like a priest and an altar boy. I was mildly uncomfortable… but the man was very pleasant and nice. I never did catch his name, but he is the town historian and I thank him for his service. 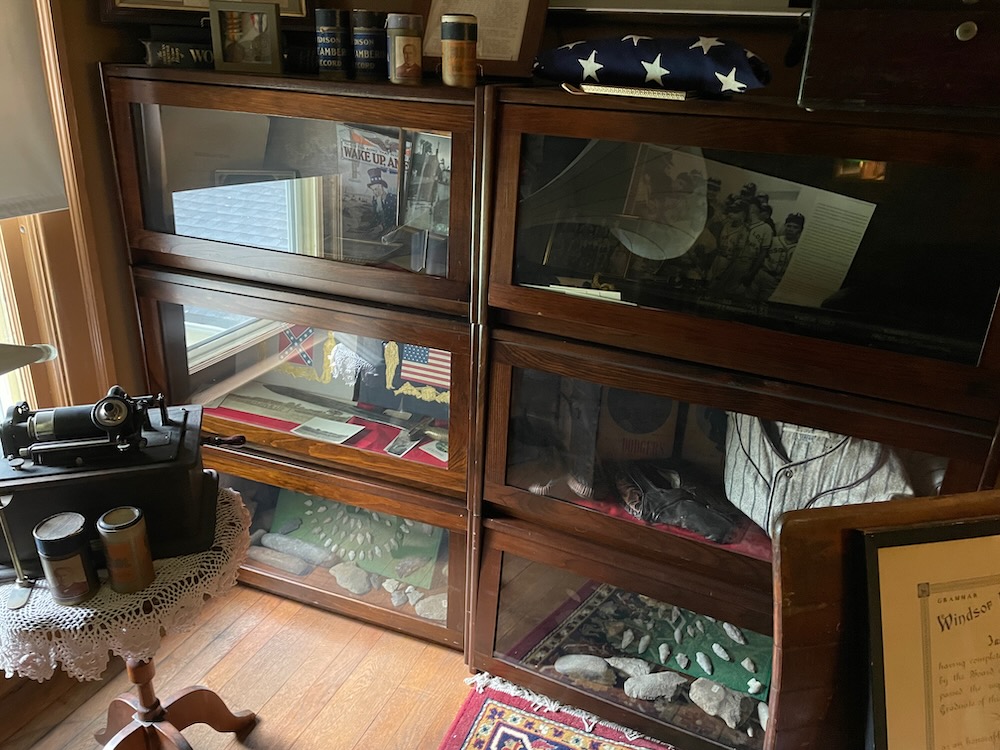 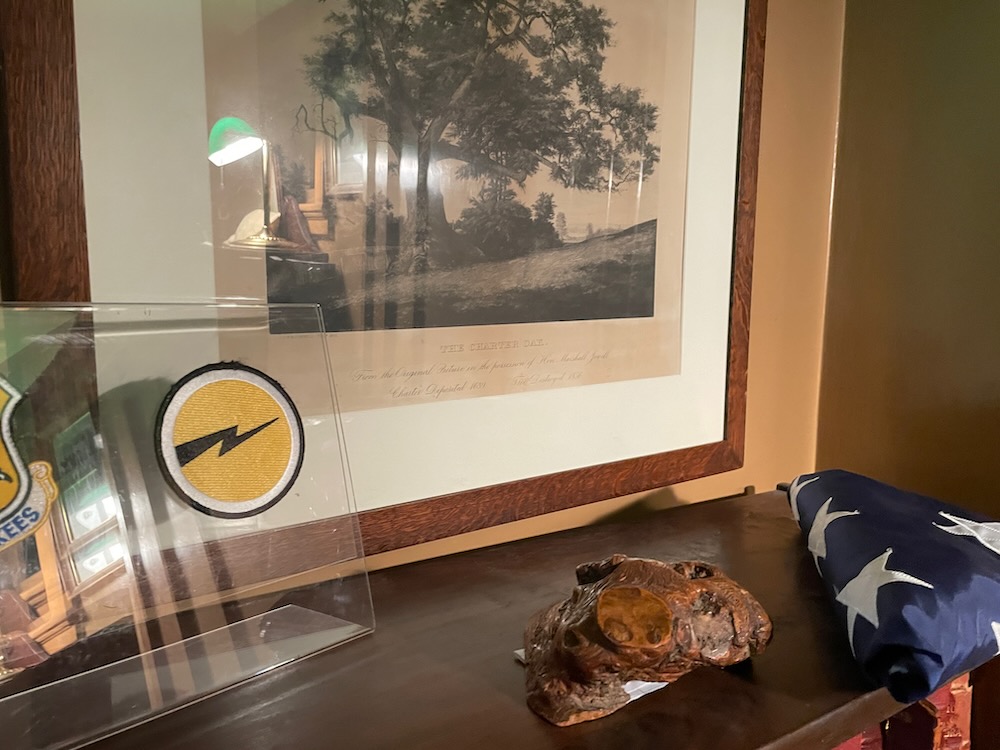 I learned the Noden-Reed House and Barn is also called the David Pinney House and Barn. I learned that the town of Windsor Locks was originally part of Windsor, and was separately incorporated in 1854. Its economic activity was dominated by agriculture, with a boost given by the industrial and transport activity surrounding the Enfield Falls Canal, which allowed freight traffic to bypass rapids on the Connecticut River. David Pinney was a farmer working lands up from the river, about whom little is known. In 1826 he built the brick barn I didn’t get to see, and in the 1840s he built the Greek Revival house. The choice of brick for the barn was extremely unusual, because it was comparatively expensive for what is normally a utilitarian farm building. His farmlands were donated to the town in 1974 by the Reed family, most of which are now managed as a public park.

Quite a ways into the tour I realized I’d never heard the name “Noden.” So I asked why. It has something to do with Gladys Reed – the woman who ultimately donated the house and land to the town – wanting to honor her mother. Noden was her maiden name. 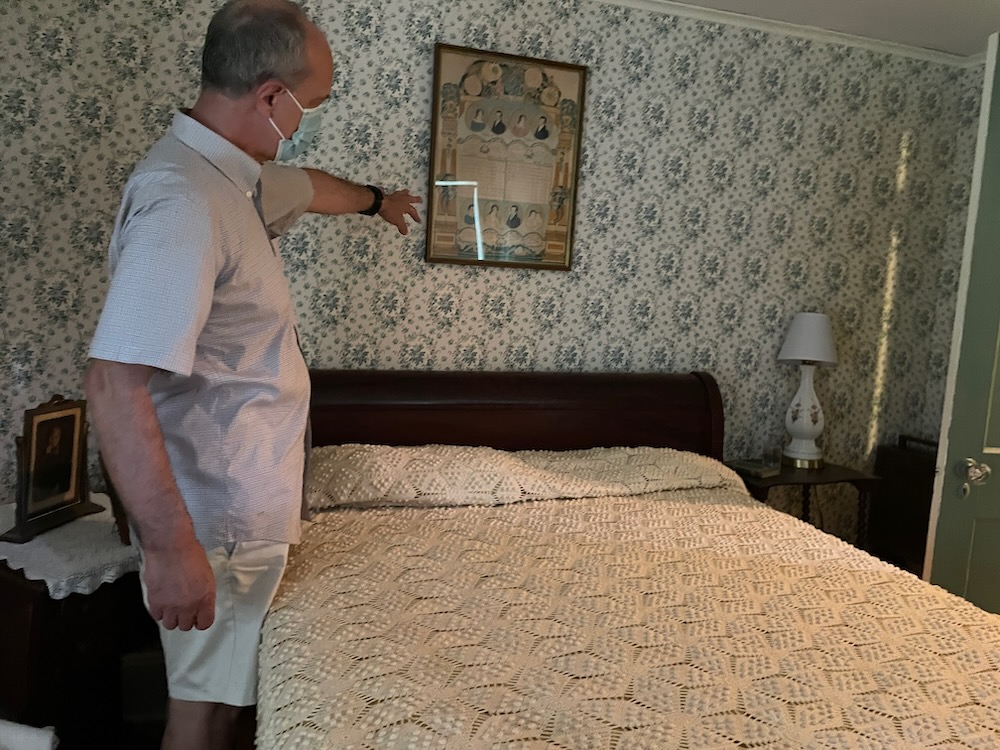 Two other names are mentioned a lot here: the Denslow and the Dexter families. Samuel Denslow was the great grandson of Henry Denslow, who was the first settler in what is now Windsor Locks. Samuel owned the land the house is on in the 1700’s and ultimately sold it to Pinney. The Dexters are Windsor Locks. So much so I even wrote a page about them, their company, and their bridge.

The historic house museum is decorated in the style of the mid-19th century. There are lots of authentic period pieces of furniture and the usual knick-knacks. There are paintings of various Reeds and Denslows. The historical society is especially proud of some highboys they have from modestly famous people I forget. About halfway through our tour, I was asked if I had any actual interest in Windsor Locks. 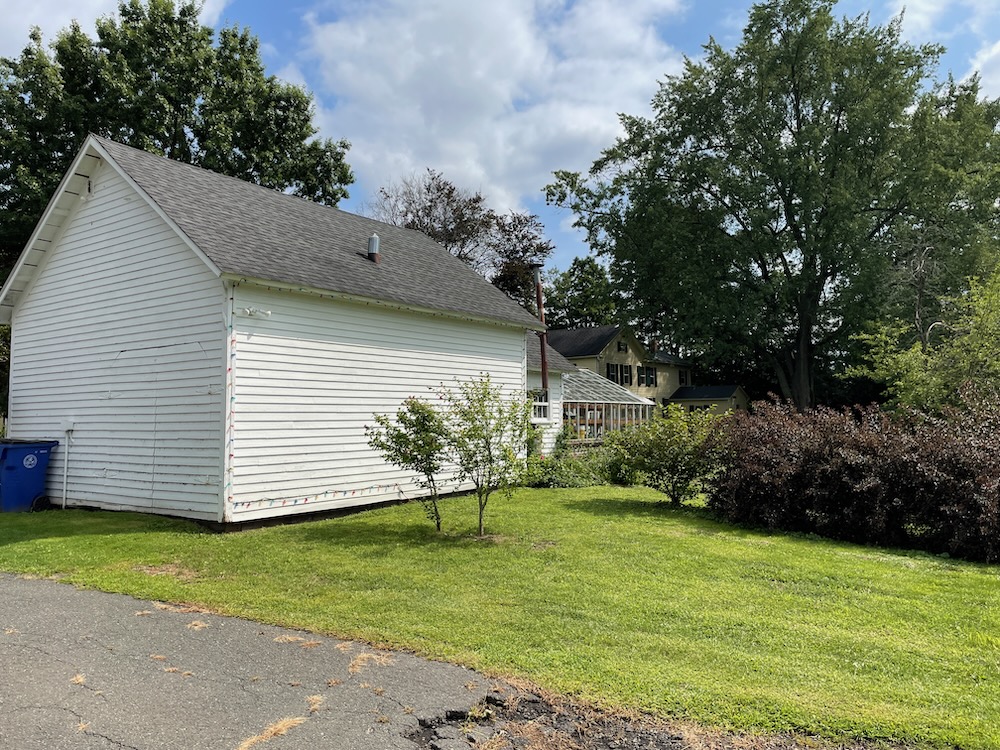 As it turns out, I don’t. At all. This confused my gentlemanly guide who said, “Usually, the people that come here have some connection to town or some interest in furniture or someone connected to the family.” Nope. Not me, sir. Just keep going.

One room was deemed “The Man Room.” Sports stuff and old arrowheads found on the property. A piece of the Charter Oak (of course) and some other miscellanea. Once my host realized I had no questions (other than who Noden was), he began ripping through the usual tour. And I didn’t complain one bit.

Before I knew it, I was down in the kitchen (“Here’s an old milk bottle someone found in a dump”) and ushered towards the front door.

If I sound like I’m glossing over this place, please know that I was happy as could be. I’d finally seen the Noden-Reed House Museum and I could finally call the town of Windsor Locks “CTMQ Complete.” 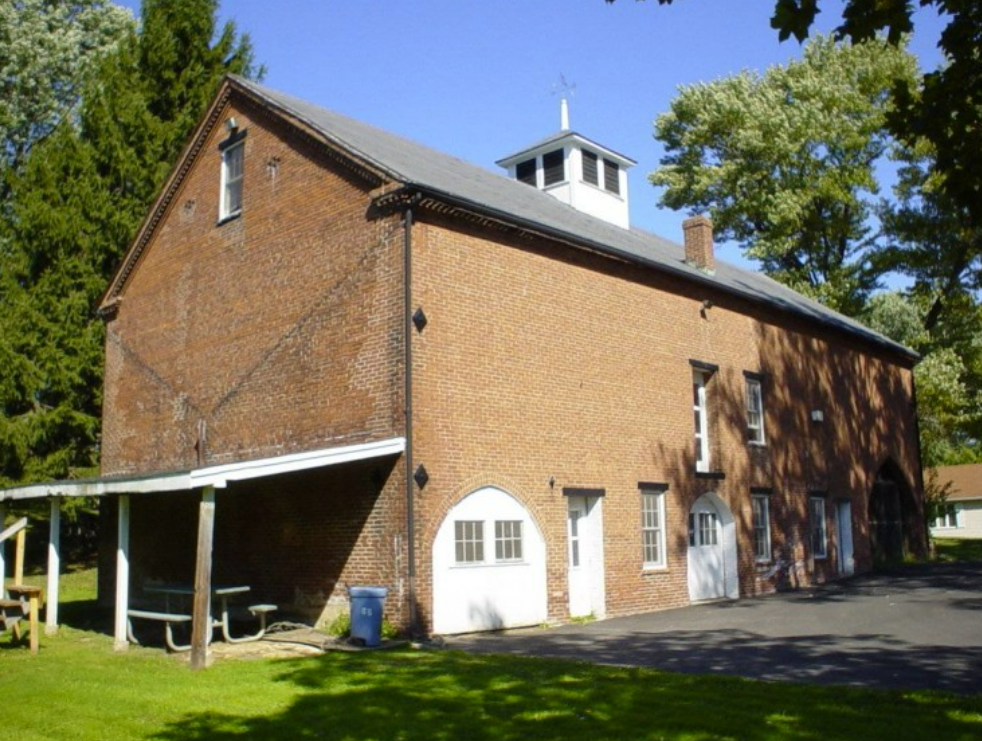