There have been over 100 breweries in Connecticut for for a few years as I write this in 2022. There had never been a museum inside a brewery – or a brewery inside a museum – in Connecticut before 2020. (I write that having no idea how true that statement is, but I’m going for it.) 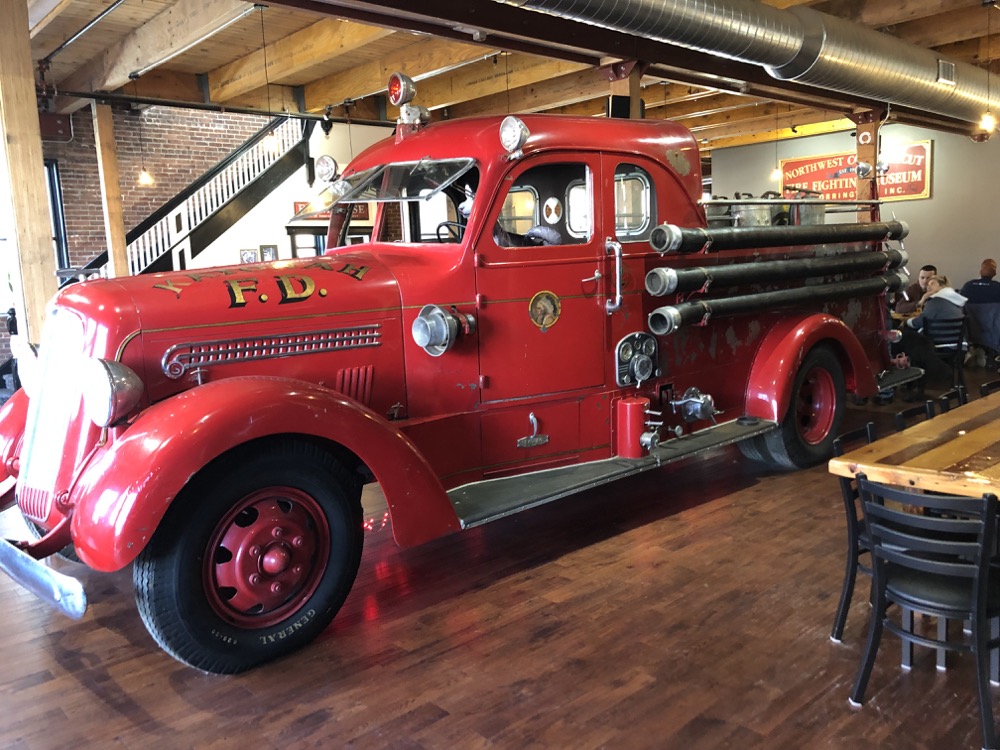 Then, all of the sudden, we had two. This one at Bad Dog Brewing Company in Torrington, and the absurdly tiny Clocktown Museum at Thomaston’s Clocktown Brewing just a short ride down Route 8. And it appears as though when New England Brewing completes its move to West Haven, they may have one as well. What is happening?!

I don’t know, but I like it. The cynical part of me, which is an admittedly too large a part of me, thinks some of this is some clever non-profit tax avoidance tactic, but the nicer part of me knows that in all three cases, the breweries simply inhabit historically important buildings wherein artifacts remained to cherish and celebrate. 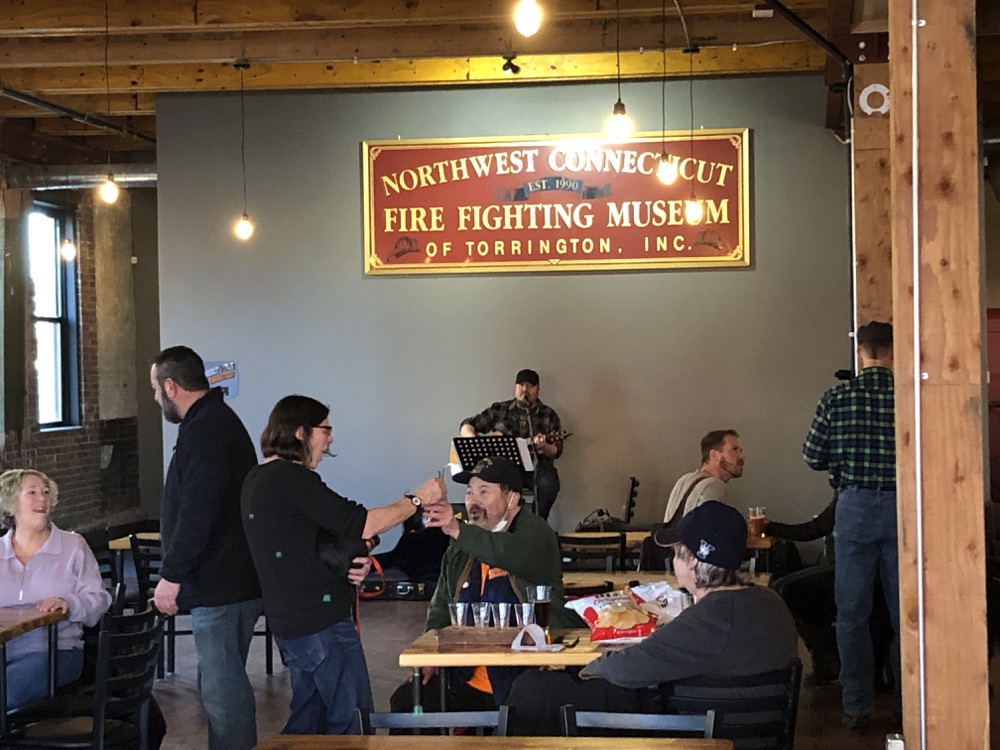 And it’s great that the breweries have done (and hopefully will do, in NEBCO’s case) just that. Displaying historic items from local history in breweries isn’t a new concept at all… calling it a museum, however, is.

The owners of Bad Dog knew what they were getting with the historic fire station from the get go. Their initial proposals to the town including plans to save, salvage, and repurpose as much of the building and its contents as possible. They wouldn’t just save the building, they’d save as many bits and pieces of it in new and creative ways. And, they’d create some firefighting history exhibits, including and actual firetruck. 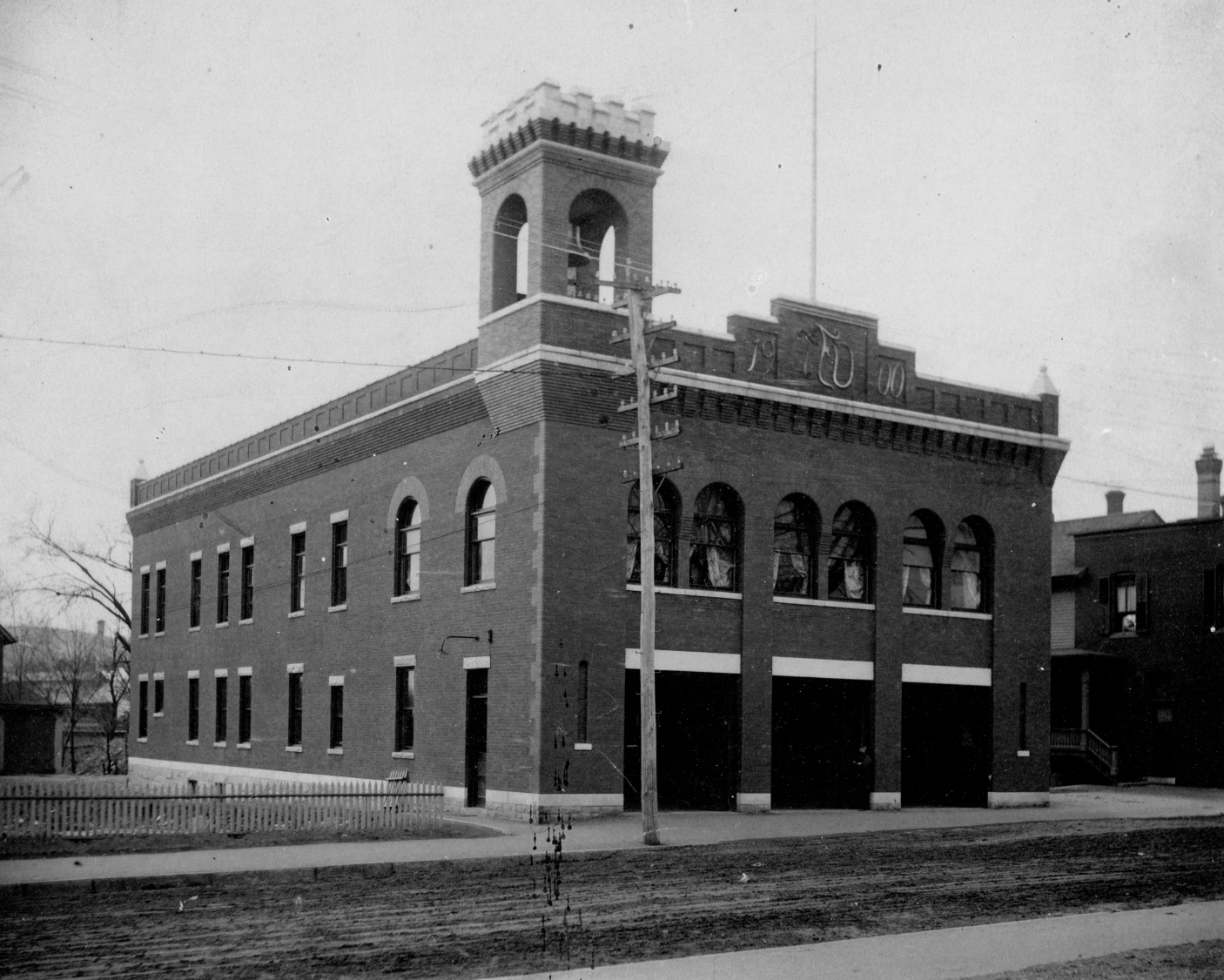 And oh yeah, Bad Dog’s Mike Tkac, his wife, Michelle, and the couple’s son, Chris would build out a brewery in there as well.

Which is interesting, because the idea of housing a restaurant or similar business here goes back decades. But let’s go further back… like over a century back, to when this building was built.

The two-story Romanesque Revival-style structure, designed by Charles S. Palmer, built in an era when the fire engines were pulled by horses, was the original location of the Torrington Fire Department from the dawn of the 20th Century until the late 1970s. In 1980 after the current Torrington Fire Department opened – located right next door on Water Street – a number of city firefighters formed a committee with the goal of preserving the old building. And guess what? They made it into a museum. 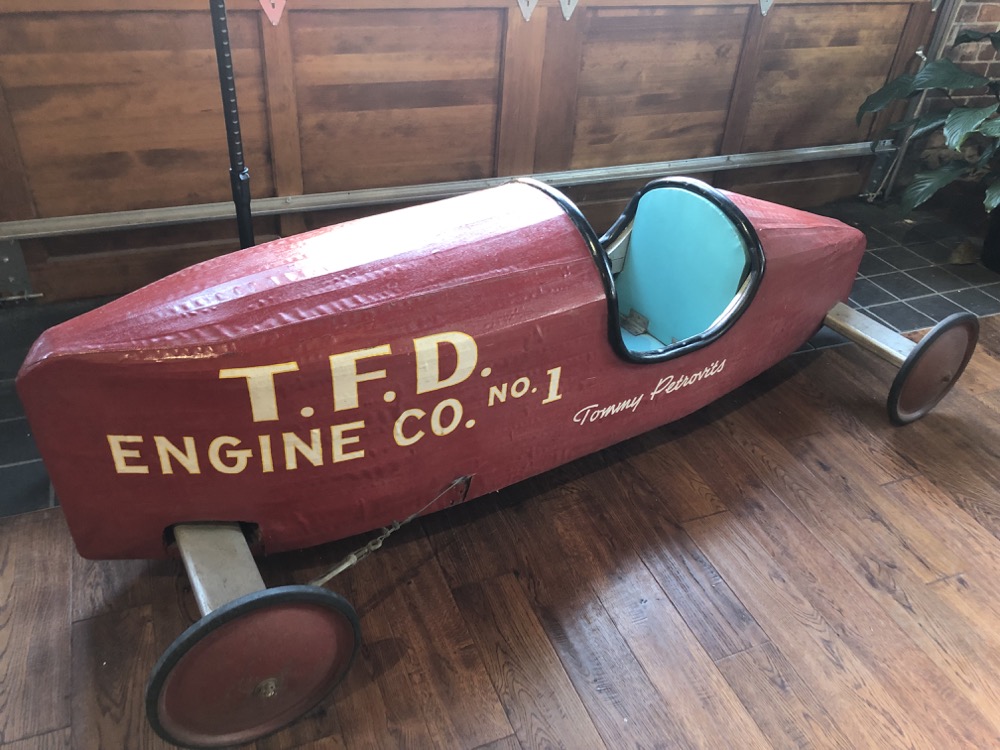 Yes, the original Northwest Connecticut Firefighting Museum of Torrington existed here in the 1980’s and early 90’s. When the museum dissolved in 1995, the directors said they’d hoped the collection was somehow preserved. I’m not sure how much of it I saw at the new version of the museum, but I’m guessing only a small percentage.

This original museum just didn’t have the money to keep up with promised improvement to what was and is Torrington’s oldest municipal building. It needed a lot of work. (Oh dear. I just read that a planned fund-raising concert in 1994 failed to attract enough people and ended up costing the museum’s treasury $9,400. Oof.)

The 20th century museum featured a 1954 Seagrave firetruck and the city’s second motorized fire engine, a 1918 American LaFrance pumper, as well as firefighting tools, protective gear and some other trucks. 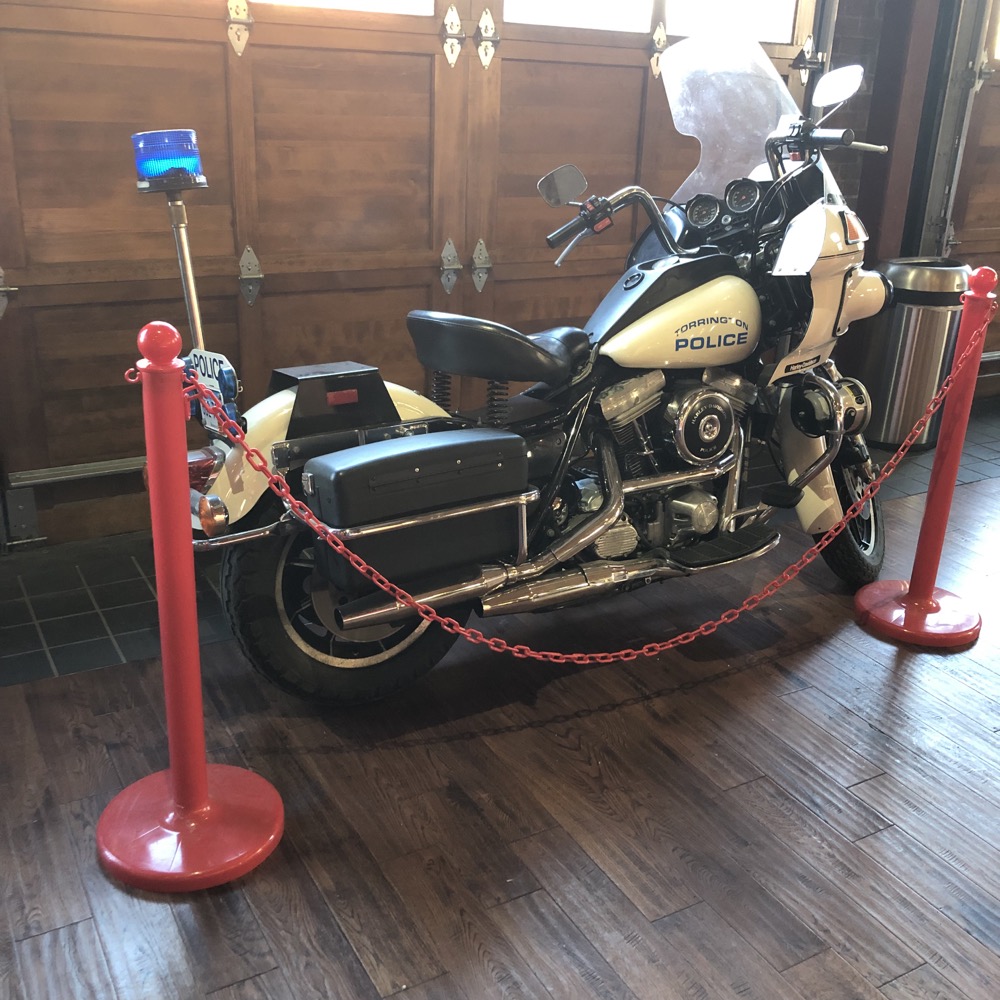 The building sat vacant for two-and-a-half decades. A real-estate firm owned it and saw its potential. So they invested in the building with a new roof, a renovated facade, rear maintenance, an asbestos abatement and new structural beams. Then they waited. And waited.

And waited. Torrington had some lean years to say the least. The owner always kept a bunch of the museum’s contents and the hope was that it would become a destination restaurant or nightclub. This was pre-brewery madness of course. Here’s a quote from 2004 or so:

“[The building’s owner] will make (the memorabilia) available to the tenant, it could be put on display at a restaurant or a nightclub.”

That dude had vision.

And in January 2021 that vision became reality when Bad Dog Brewing opened. The owners, a local father and son duo, did exactly what former firefighters, museum board members, and town council members wanted: they preserved the firefighting stuff. Not only that, they repurposed a ton of the original materials in clever ways. In a very real sense, the building itself is the museum. 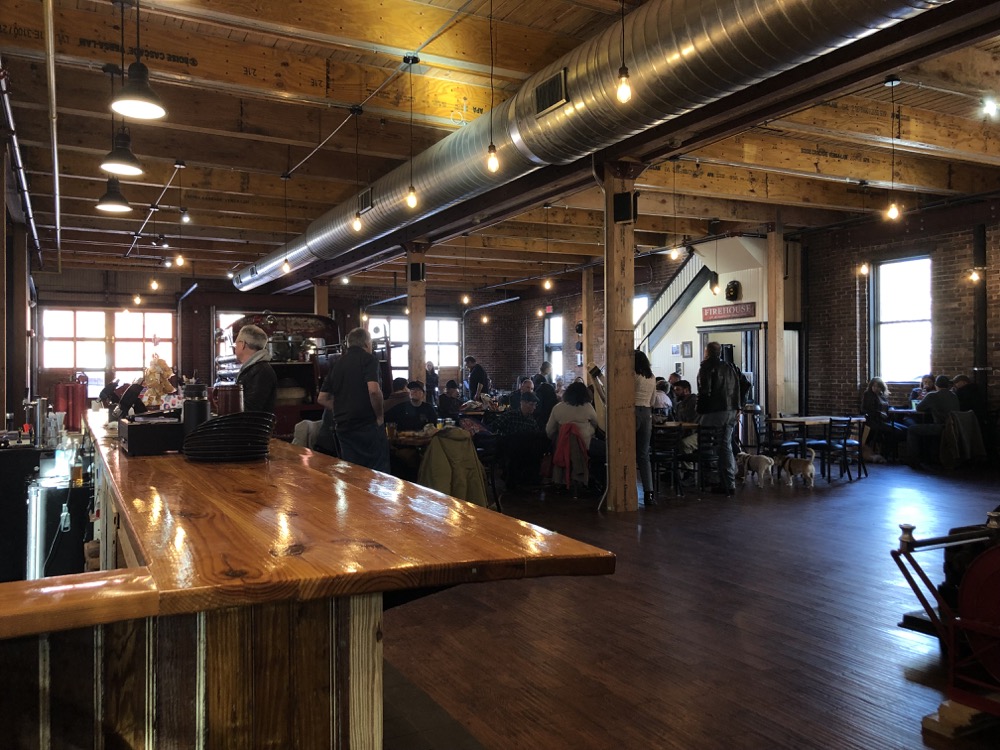 And where they had to replace old with new, the owners aped the original styles like with the large firehouse doors. Window trim colors were matched to the original. The exceptionally long main bar is made from reclaimed beams that originally supported the second floor. The front of the bar is made from boards which actually made up the second floor. The bead-board used on the sides is the same bead-board that once covered the brick walls.

I’m sure the old firemen and Northwest Connecticut Fire Fighting Museum version 1 crowd are over the moon. I like how the original “card room,” a place for the firefighters to relax, is now the Xbox Room. In fact, the second floor is broken up into several smaller rooms, retaining the day rooms and such of yore.

Pretty much everything “new” made of wood is actually made from reclaimed wood from the original structure. The Tkacs may just lease the building, but have put a ton of work into it. And it is huge. Heck, there’s an entire historic fire truck in the middle of the taproom and its not even in the way of anything. The brewery and museum offer about 12,000 square feet of space. That’s… really large. Like, up to 360 patrons at any one time large. 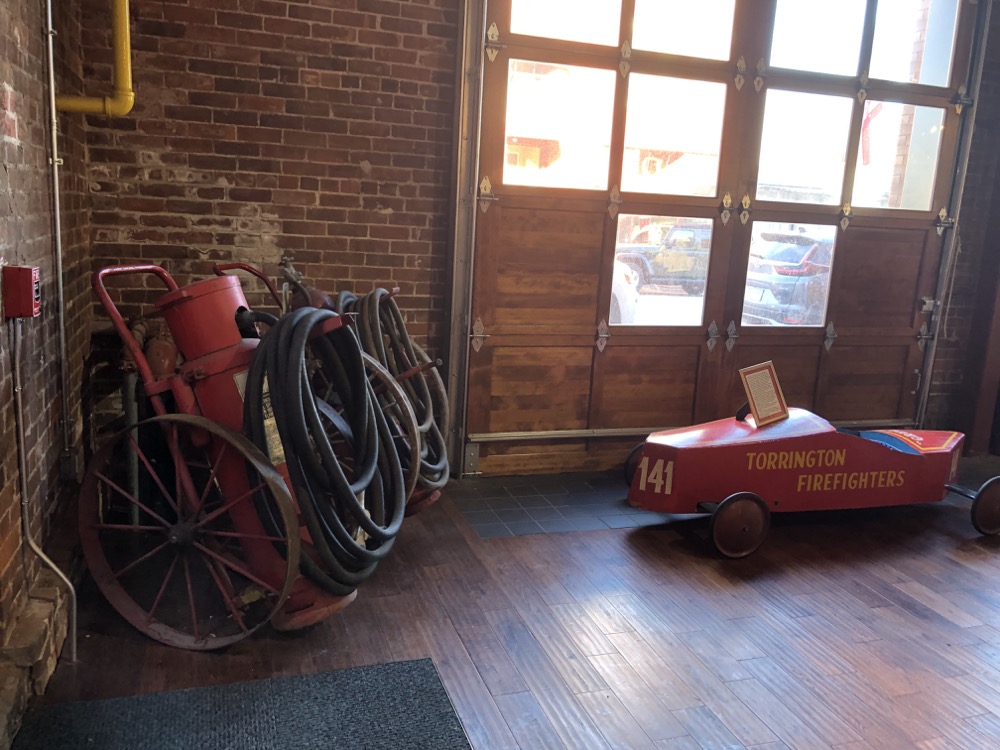 The Tkacs, of course, display some of the old artifacts in their museum. If you’ve read this far down the page, you may be disappointed to learn that aside from the showpiece 1939 restored fire truck, there’s not much else to the current Northwest Connecticut Fire Fighting Museum. (Again, the building itself and the restoration efforts are the most impressive things here.)

There are some photos sprinkled about, an old soap box derby car sponsored by the fire department, a jumble of old equipment shoved into a corner, and a police motorcycle.

And a sign above the little stage announcing the museum’s existence… from 1990.

Which, as you know, is all it takes for inclusion on CTMQ. 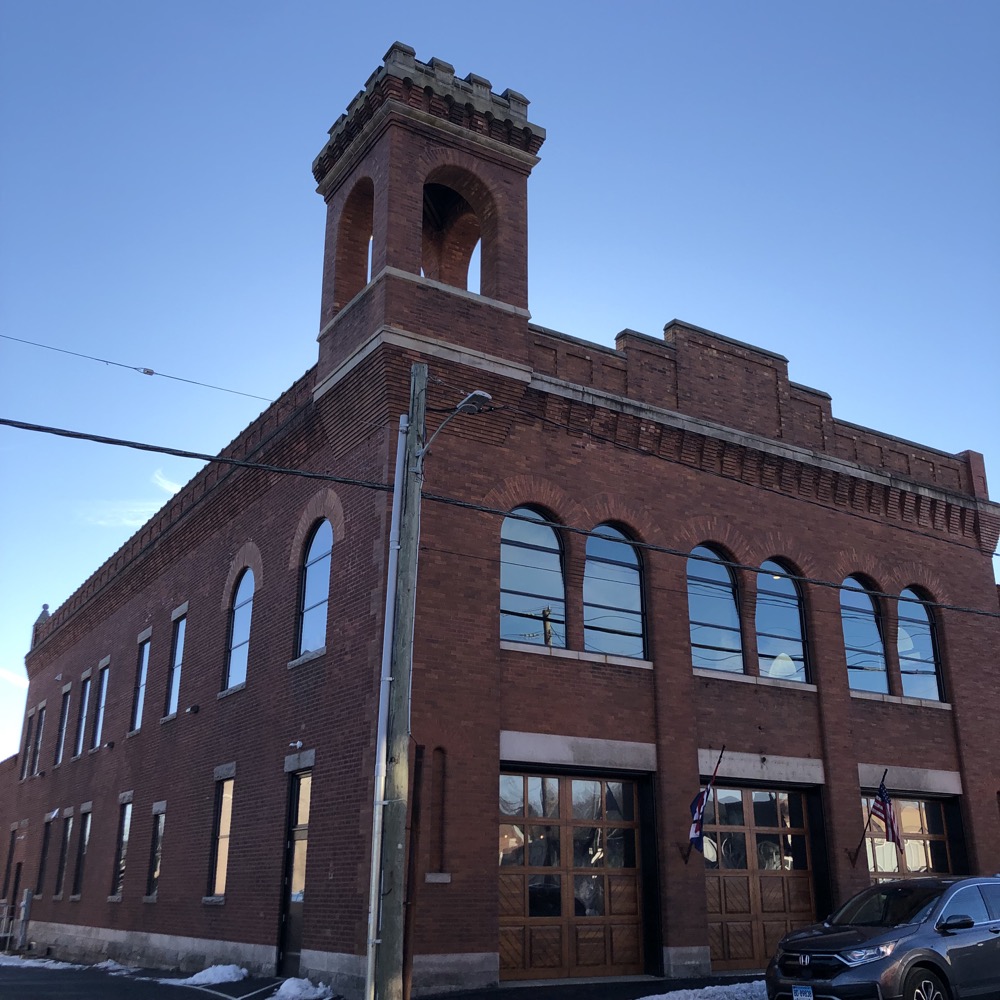