Not Bad. Could be Spruced up a Bit
Orchard and Spruce Glen, ~2 miles, Wallingford Land Trust
January 10, 2015

On the last day of a very long Christmas break with my children, I had to get out of the house. I had to hike. My random choice of Wallingford Land Trust trails was only slightly random: WLT can be “completed” in an outing or two. 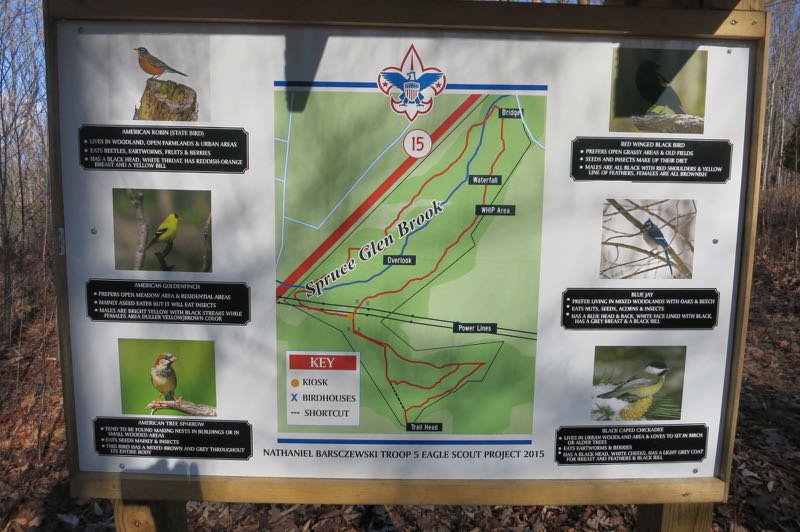 For me, and about 3 other people out there like me, being able to say, “Yeah, what’s up. I’ve hiked every mile of the WLT trails,” is a fantastic feeling. So let’s get to it.

My first WLT hike was at their star property. This may come as a bit of a shock to you, since it abuts the Wilbur-Cross Parkway. In fact, the trail takes hikers within fifty feet of the highway.

(Hey, don’t forget that the mighty Appalachian Trail hikes over, along, and very near tons of interstates. And our own Shenipsit Trail takes hikers right up close to I-84 in the Tolland/Vernon area. And who doesn’t love the Regicides Trail going over Heroes’ Tunnel in New Haven?) 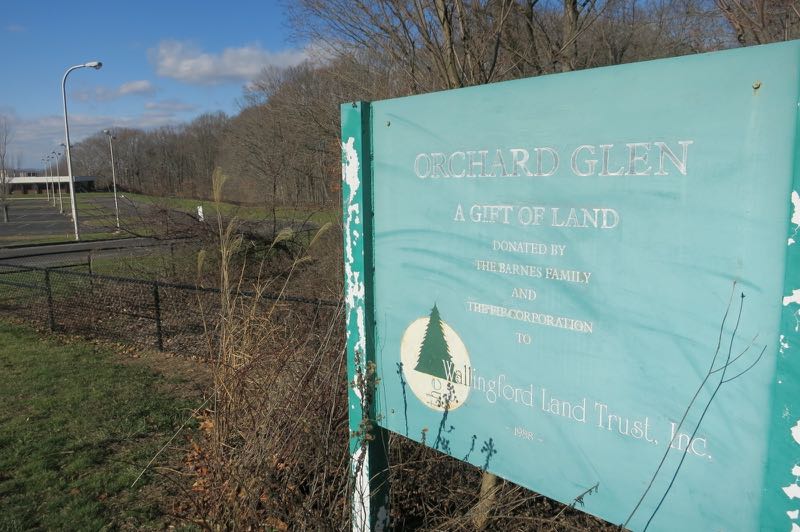 The trailhead is at the end of an industrial road in between I-91 and the Wilbur Cross (and Route 5, while we’re at it.) There’s enough parking there for about 2,000 cars on a weekend, so don’t sweat that.

All hikers begin on the Charlie Uznanski Trail. The WLT site doesn’t really care to tell us who Mr. Uznanski is, but I will. He has passed away after a long, productive life. He had a cool job (designing industrial molds for plastic bottles and such), and a large, loving family. He was a tireless volunteer.

He also had the rare honor of having a trail named after him while he was alive. My man even got to hang up “his” trail’s own sign: 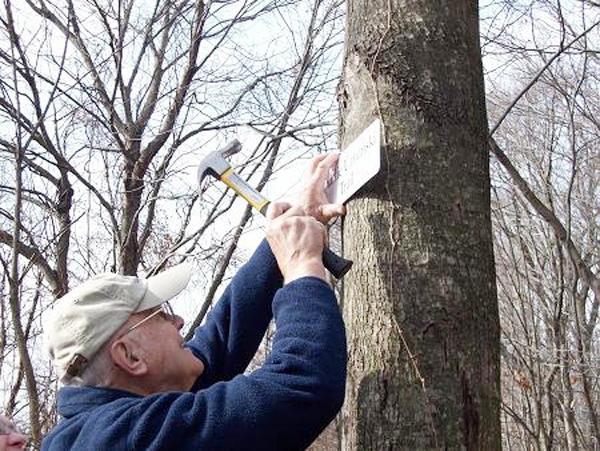 As this trail begins in an industrial park in Wallingford, and is named for a guy who worked in industry in Wallingford, it just makes sense that this is what greets hikers shortly after beginning: 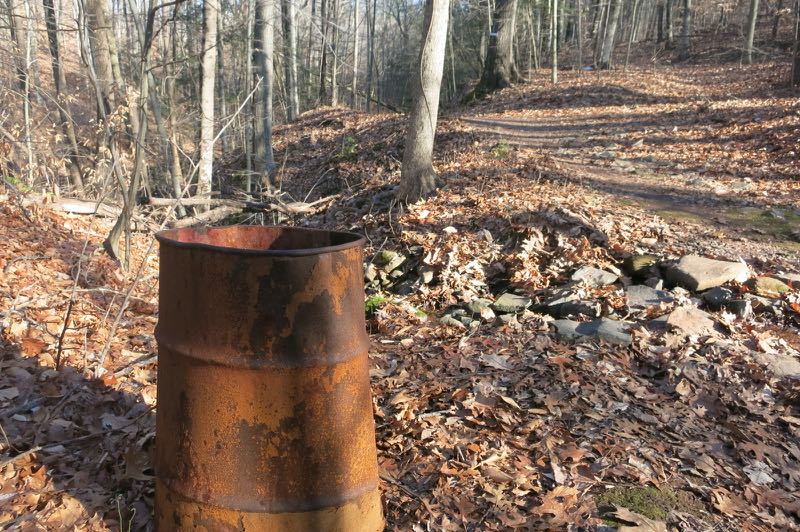 To be fair, this was pretty much it for eyesores over the course of the the trail’s two miles. But really, someone should cart this thing away.

The trails here form one loop of the property, with a few options for short cuts and side trails. There are also a few unmarked trails here and there. The WLT doesn’t blaze their trails, but rather nails up WLT diamonds. You can’t really get lost, but you should remain vigilant, especially up in the northeast corner where the unmarked trails head off into the unknown. 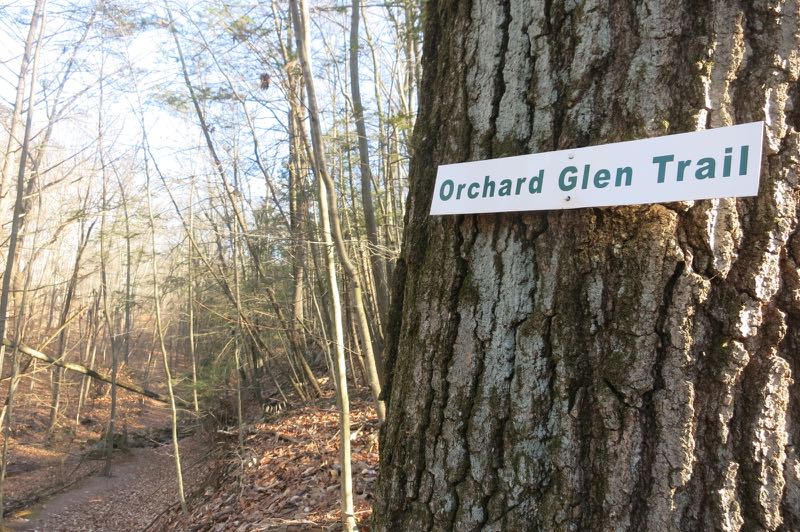 I hiked the loop counter-clockwise, which took me from Charlie’s trail onto the Orchard Glen trail. I crossed a power-line cut, which includes some craftwork by an Eagle Scout. There are benches and bird houses and a huge kiosk with a map and some birding information. This is all quite nice, even with the highway down the hill.

I walked through something called the “WHIP,” which is an acronym for “Wildlife Habitat Improvement Area.” I’m not sure what that entails, but I found the sign there somewhat ironic: 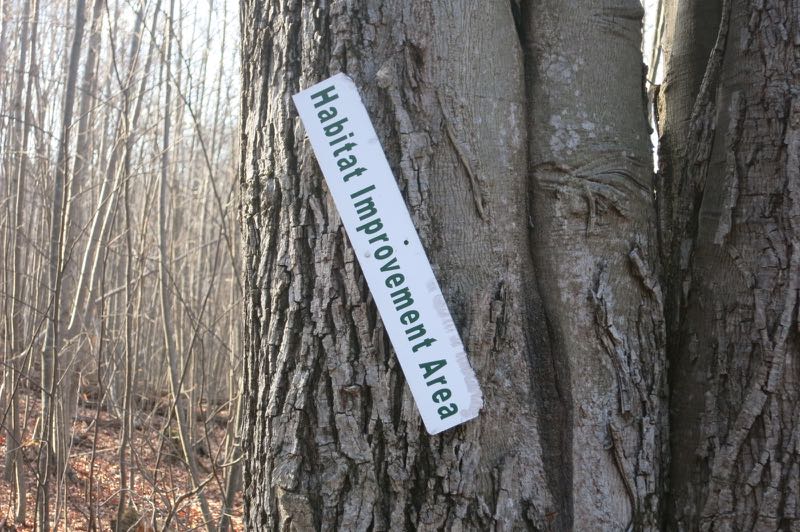 There’s another kiosk there with important updates from 2009. 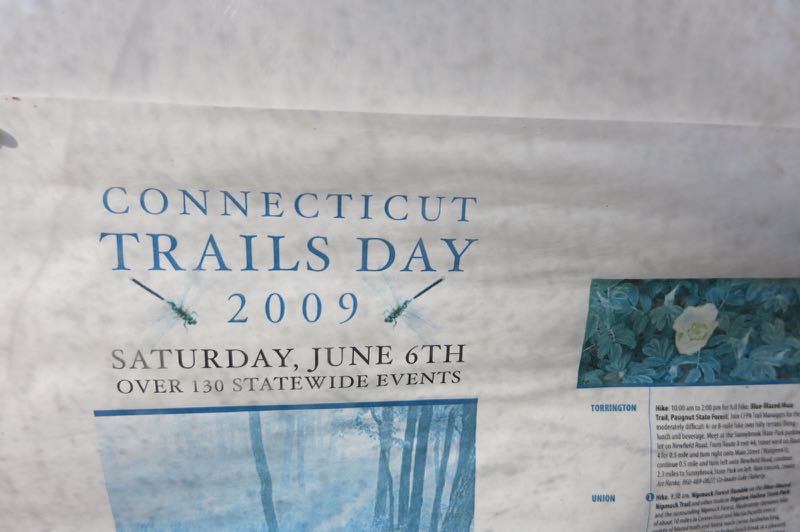 Anyway, I kept following the signs pointing me towards “Waterfall.” The waterfall seems to be the gem of the WLT. They never name it, but it is called Spruce Glen Falls.

Before the falls, the trail took me over an old bridge and dam structure. At this point, the Wilbur-Cross was within sight. For the next third of a mile or so, the cars whizzing by were close enough to hear what songs the drivers were listening to. 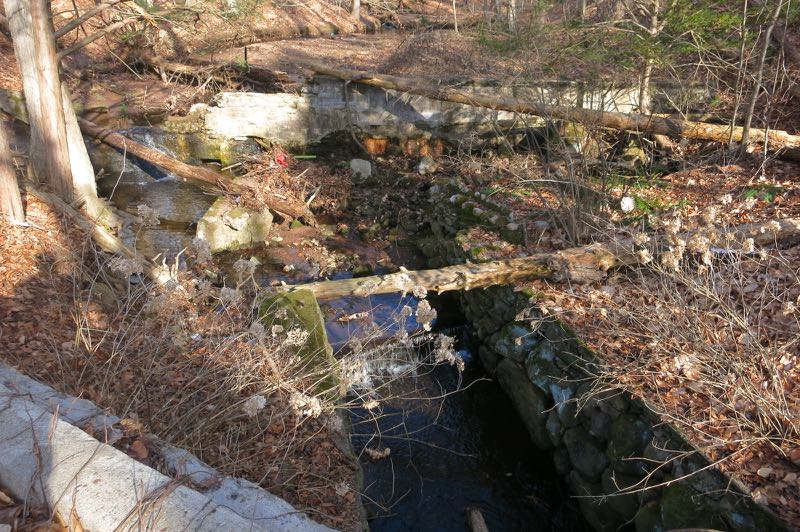 Again, I have no issue with this and I think it’s kind of cool in a weird way. From now on, when I drive that stretch, I’ll be looking for hikers in the woods.

I arrived at the waterfall and was somewhat surprised at the willy-nilly non-trail down to it. It’s steep. 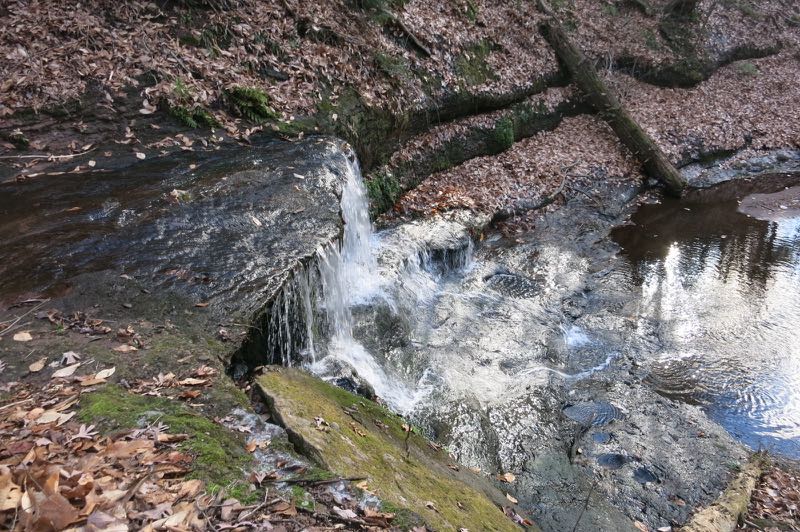 I think I read somewhere the WLT claims this is a “30-foot high waterfall.” It is not. It is, however, located in a deep glen with some spruce trees. Once down by the falls, you can no longer see or hear the highway, which is pretty neat. 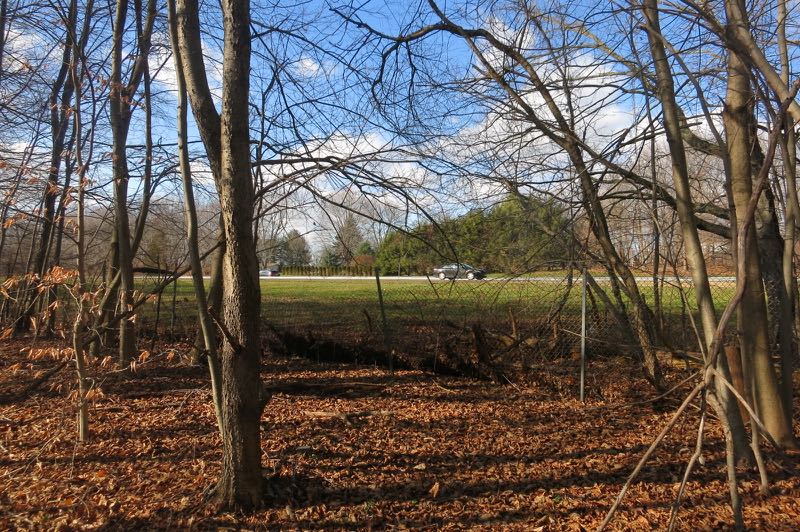 A quick scramble back up to the trail, another short walk near the highway, and then a harrowing (relative to Wallingford, CT hiking) descent back into the ravine.

This meant, of course, a steep ascent up the other side in the powerline cut and then a retracing of my steps back to my car. (There is a nice little short cut, even denoted by the black dashed lines on the kiosk map, which I did take advantage of.) 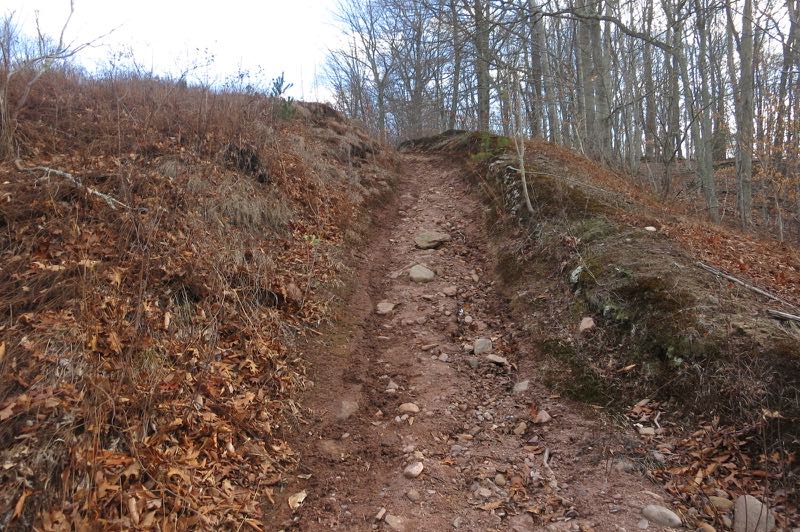 I enjoyed my first WLT hike. The trails were well-cleared and decently marked. They can’t help it that the highway is right there. The falls were nice, and it allowed me to check off another one from the list of them I maintain.

And for you fast food fans, you have everything you could ever dream of just a few minutes’ drive from the trailhead. Even rarities in Connecticut like Sonic and Duchess. 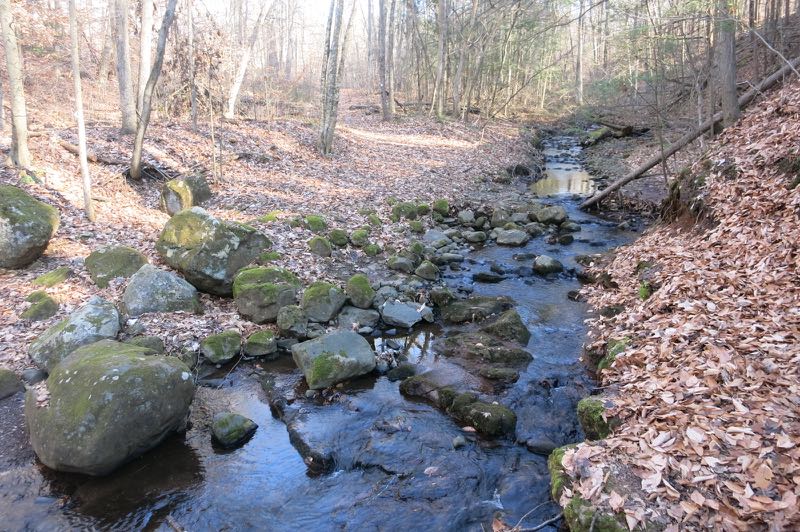