***Warning!*** Not the usual CTMQ content. You can guess from the title of the page where it’s going. You’ve been warned.

Alright, look. This page has to exist on CTMQ, okay? I really don’t have a choice. This is just one of those things that most people don’t know about and this page will make them more knowledgeable about the important historic relics of the fifth oldest state in the union. 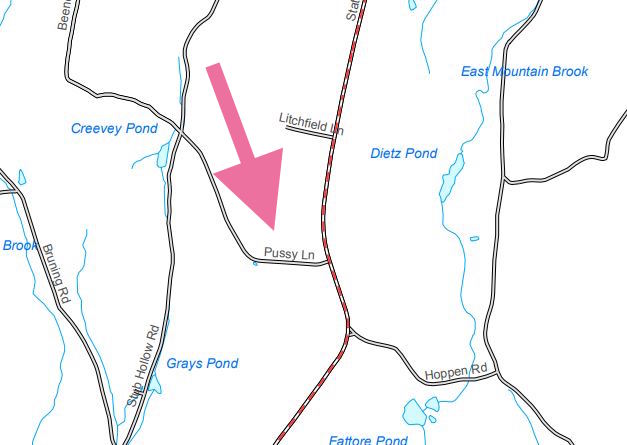 Yes, there’s a Pussy Lane in New Hartford. The same town that boasts Satan’s Kingdom Road. You now have no reason not to love New Hartford, Connecticut. I set out one day to experience Pussy Lane myself, and this is my story.

It is a dirt road, maybe a mile long at most, that courses through close woods. Ridiculously, it is unnamed on Google Maps in October 2019. It is proudly named on Bing Maps. To learn that, I just opened Bing Maps for the first time in my life. Shout out to Microsoft. 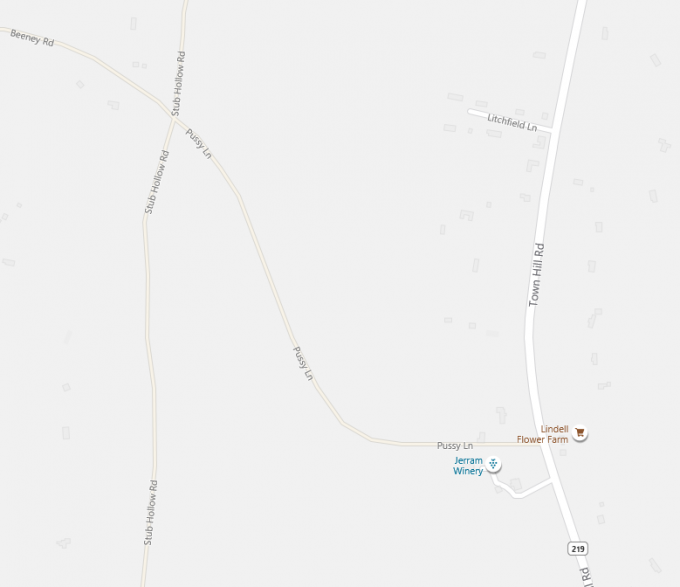 It is also named on official USGS maps and other important maps. I love maps. In fact, I learned of Pussy Lane’s existence simply by looking at a map of New Hartford one day. It’s what I do for fun. I was surprised to learn that I’d been at the eastern end of Pussy Lane a few times before – Jerram Winery’s property abuts the country lane.

No one lives on Pussy Lane and there are no businesses there. I drove from east to west and found it to be in fairly good condition for a dirt road. Smooth with no hairy turns or anything. Not having had enough of it, I turned around and drove it again. 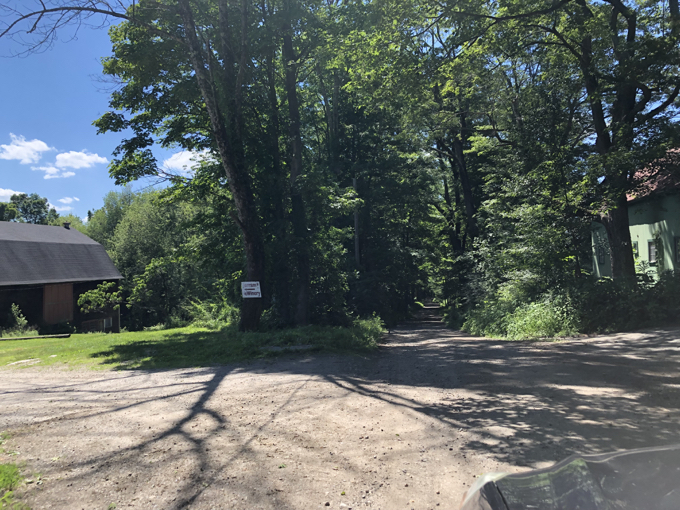 For whatever insane reason, some New Hartford residents have taken up the Pussy Lane cause over the last couple of decades. I guess there was a small push to rename the road and that didn’t sit well. In fact, there was a full-length Hartford Courant article about the road in 1996. My guess is that someone just thought it was great to be able to publish the following – even though it’s absurd and I can’t imagine anyone cares – or cared then – to retain the name of the road. The entire premise of this “preservation” simply must be because the guy thinks it’s funny/cool to live near Pussy Lane.

When it was first established in the mid-1700s, Pussy Lane was one of three major roads serving the village of New Hartford.

Today, the narrow dirt road, just barely a mile long, has been forgotten by most. The town still maintains the road, but there are no houses along its sides, and few cars use the connector from Town Hill Road to Stub Hollow Road, also a dirt road.

But James Hall, whose family has lived at the corner of Pussy Lane and Town Hill Road for more than 120 years, sees the road as a preserved link to the town’s roots, and is looking to have the quiet thoroughfare protected as a local scenic road. He’s also looking to preserve his historic home. 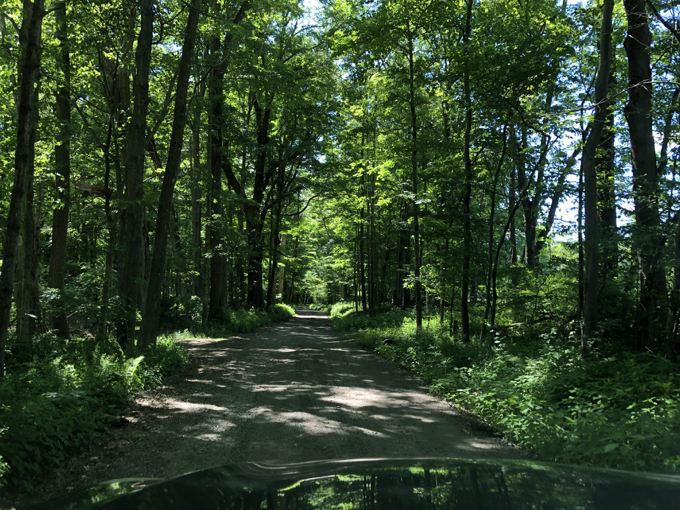 “This is one of the original three town roads,” said Hall, whose father, Newman Hall, is the town’s historian. Town Hill Road, now also known as state Route 219, and Hoppen Lane were the town’s other original roads, he said.

Of the three, only Pussy Lane remains in its original state, said Hall. Town Hill Road’s path was changed drastically when Route 219 was built and Hoppen Lane has since been paved and widened.

Hall has written a letter to First Selectman Bruce Gresczyk requesting that Pussy Lane be considered for scenic road designation in order to provide some protections for the tiny road.

“The pressure on the town to develop and improve roads like this is enormous,” said Hall. Scenic road designation would help the town resist attempts to straighten, widen and pave Pussy Lane, he said.

Gresczyk said last week that he will discuss Hall’s request at the board of selectmen meeting on Tuesday, but that any action would likely have to come from the planning and zoning commission first. A scenic road designation would require the commission to review any proposed changes to the road such as widening or paving.

A town meeting would likely be necessary to designate the road as scenic, Gresczyk said.

Hall admits that his motivation to seek the scenic road designation is not only because of an interest in history but it also is a personal one.

“Frankly we like it dirt, we like the rural feeling,” said Hall. “It’s just the way it was when my family moved here.” 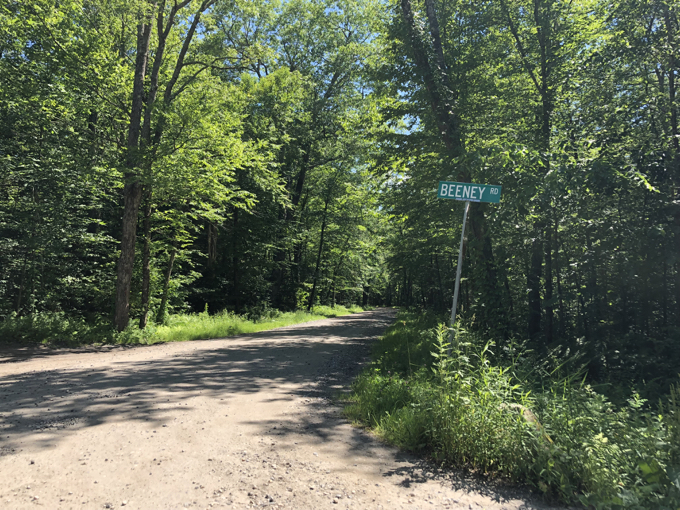 …Place names often out last the culture or country that created them. Perhaps with the rise of Google, sweeping changes will begin to occur; but for the most part names take generations to shift. Nonetheless they do shift. The fastest to shift are roads. The slowest are hills. Which perhaps says something! In New Hartford….Shepard’s Pond becomes Lake Wonsunkamunk becomes West Hill Pond becomes West Hill Lake. Skunk Hollow turns into Maple Hollow. Puddletown into River Run. N—-town into Farmington River Turnpike

Hold up. That last one’s a good thing, right? Right?! And lest anyone thinks the ‘N’ was the milquetoast ‘N,’ it was not. Apparently, the area in question was referred to as “Negro Town,” many of which unofficially existed all over the place. 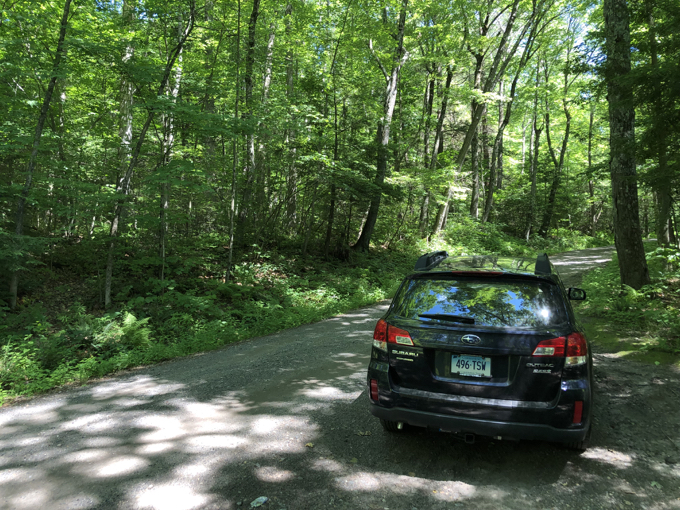 From a 1946 newspaper (again, according to the New Hartford Historical Society):

More and more matters of interest are coming to light relative to the old New Hartford Bicycle or Club. We have just learned that at the town meeting held in October, 1898, the town made an appropriation of $100 for a cycle track or path leading from Satan’s Kingdom to the Barkhamsted town line, the wheelmen themselves giving $75 towards the project. This cycle path was evidently on the easterly side of the Farmington River, up along the N#ggertown Road and perhaps was advocated for the express purpose of seeing the bicyclists and other wheel men safely through that region known as Satan’s Kingdom. We can find no record of the cycle path, as such, having been constructed, though the road was improved. 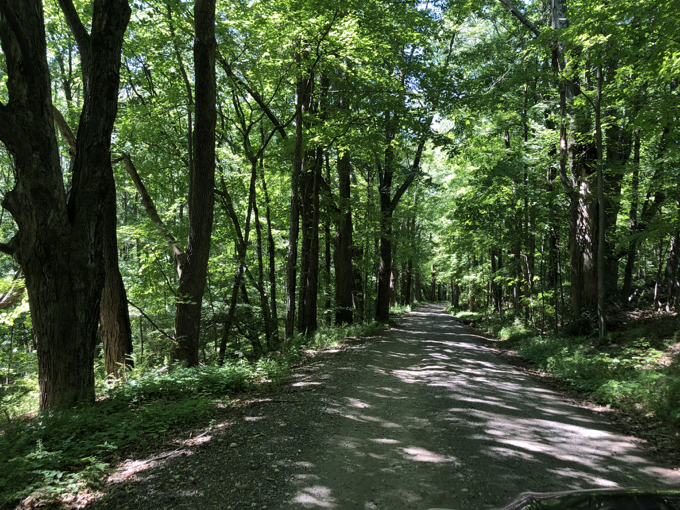 Okay then. But let’s get back to Pussy Lane. I love this last bit from the historical society:

The changes reflect the sensibilities of the times during which they change, what offends, concerns, or should be memorialized. Equally important are those that don’t change. Town Hill, Pine Meadow, Pussy Lane, Steele Road, Baker(s)ville, North End, Cedar Swamp, Litchfield Turnpike, Cotton Hill.

Yes, I think we can all agree that it is “equally” important to change the name of N#ggertown Road as it is to retain the Pussy Lane name. Both of which are near Satan’s Kingdom Road.

After all, you can’t spell New Hartford without “ew fart.” I just wish I could get a comment from the person in Burlington, fairly close to New Hartford, who made this sign selling something… can’t quite tell what though. 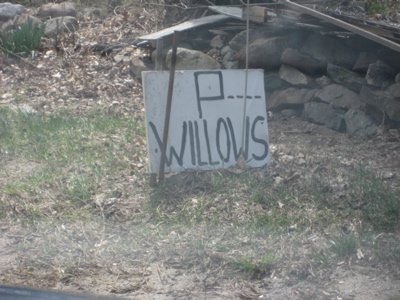 If you read this far, you may also like when I had a wiener in Mianus
CTMQ’s Roads & Tunnels