Connecticut has eight counties. (Actually, our counties are officially “pseudo-counties,” but let’s ignore that.) Each one has a highest point. Only one is worth visiting (Litchfield’s on Mt. Frissell) and several are unremarkable humps on private property. 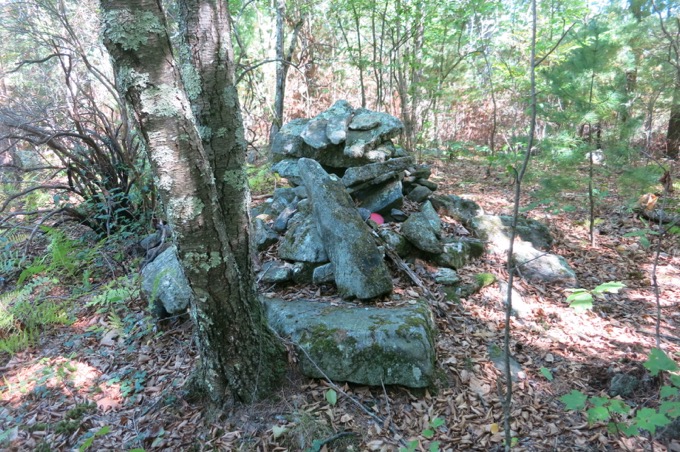 Hartford County’s is somewhere in between. South Johnson Hill is a real hill and there is a real summit. There are no views and the hike up it is boring, but some dedicated county highpointer has built a nice cairn in the woods and currently, in September 2016, there’s even a canister and register.

In other words, it is almost sorta kinda worth summiting. It’s also in the Tunxis WMA in the Tunxis State Forest. The former is pretty much… this page. The latter is much larger and includes some cool stuff. 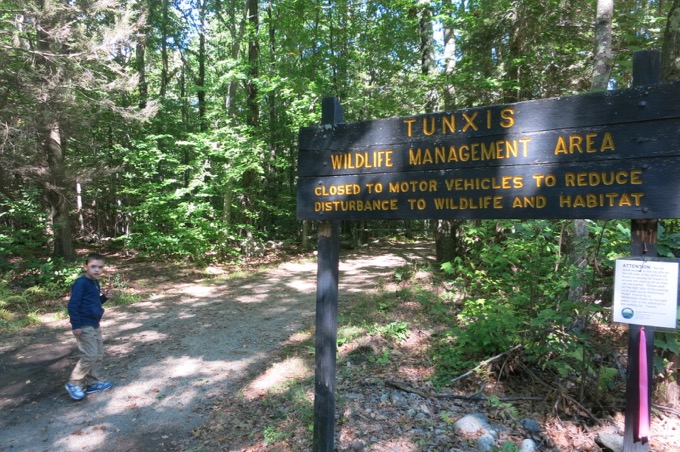 Damian and I wound up in the hinterlands of West Hartland after being thwarted from checking out something else entirely in Colebrook. And Calvin wasn’t with us for this important ascent because he vomited all over my car on our first attempt to get to Colebrook that morning, necessitating a return trip home before Damian and I were thwarted on Route 8 before settling on summiting Hartford County in West Hartland instead.

Hopefully, your itinerary will be smoother. 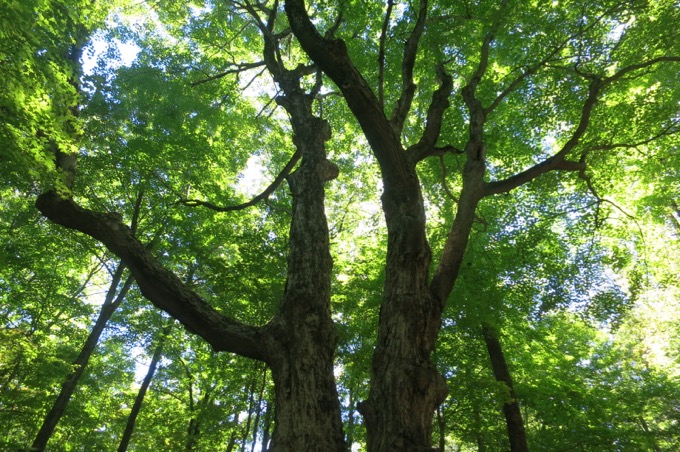 All the roads out to the dead-end Wilderness Road have been freshly paved, which is surprising when one travels the backroads of backwoods towns in northern Connecticut. Just set your navigation device to Wilderness Road, Hartland and you’ll wind up at the lot at the end of it.

The woods here are mostly Tunxis State Forest land – a state forest that is currently being actively managed. This probably makes this hike a pain on a day they are logging, but on a Sunday, it actually makes it much easier than it ever has been. 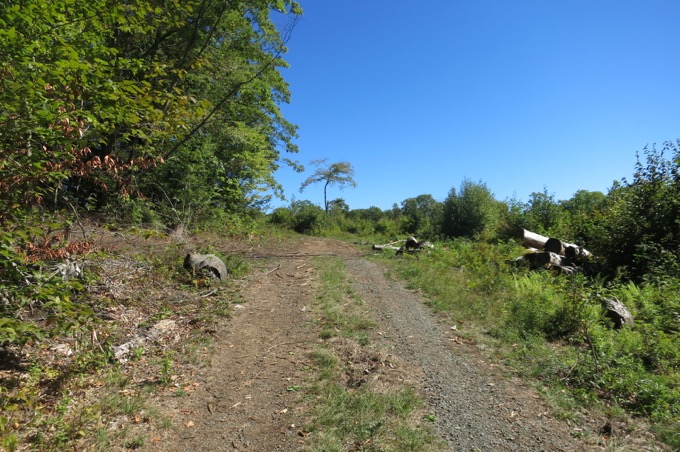 The “new” cleared road up the hill

And the “trails” to the top are now large, cleared, logging roads.

If you’re reading this as a guide any time after, say, mid-2017, I have no idea in what condition the route up will be. Sorry. 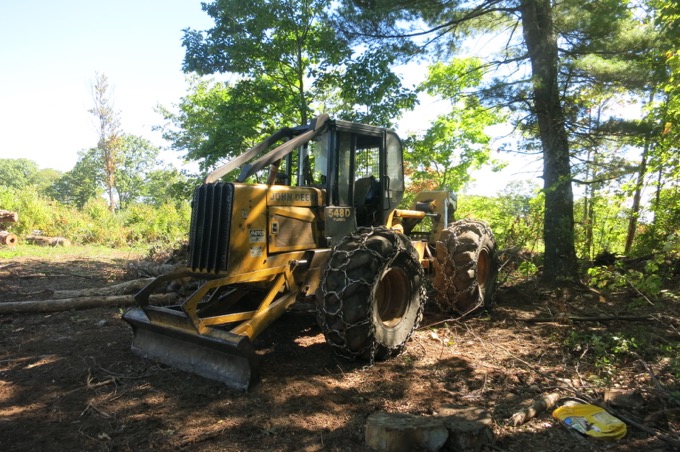 Hike down the woods road past the gate. Bear 90-degrees left at the split (you can’t miss it) and ascend for a few minutes.

Pass the cleared area of brambles on the right until you reach the woods line and the new logging road up the hill to the right. Hike up this “road” along the forest/field line. (Again, who knows if this description will make sense in the future.) 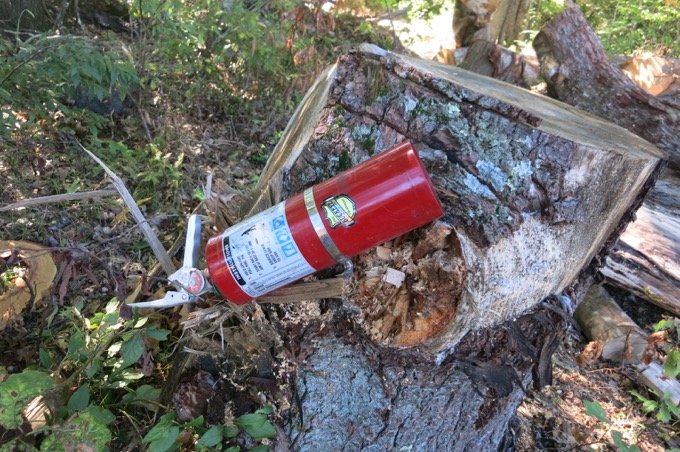 Incorrect red canister. This is a fire extinguisher.

Hike to the top, almost to the back of the cleared area.

(We passed some logging equipment and I found a “red canister” next to a machine. This is not the correct red canister to be found at the summit.) 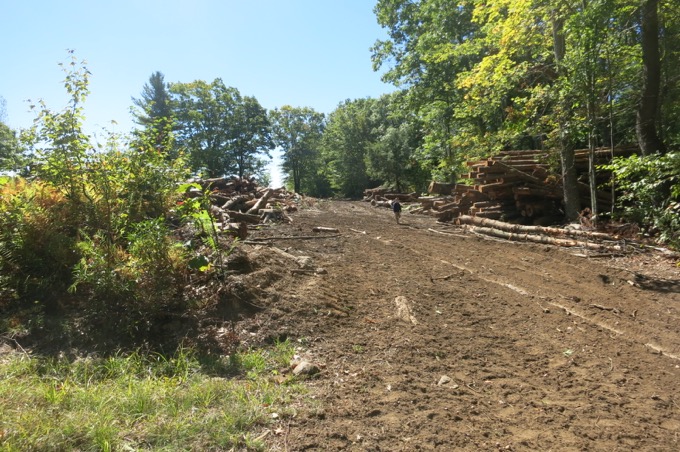 Find the herd path that 4-wheel drive vehicles can still drive along. It curves 90-degrees left and approaches the woods. There are evergreens to your right just before the end of the cleared area.

Note that the land in the woods to your right is slightly higher than the trail you are on. 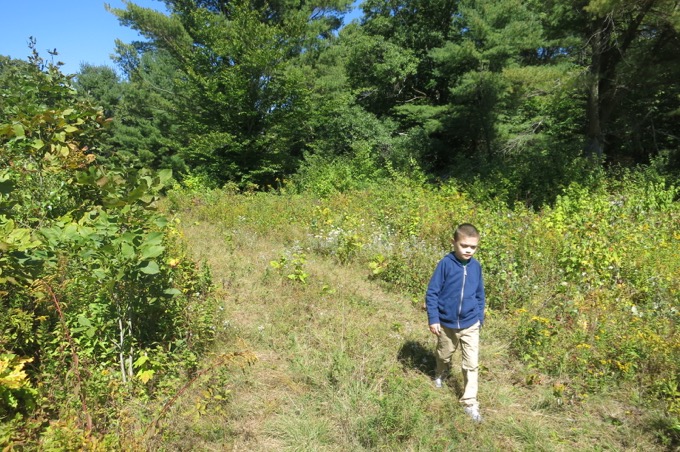 The last trail/road near the summit

Walk into the woods, looking for higher land. 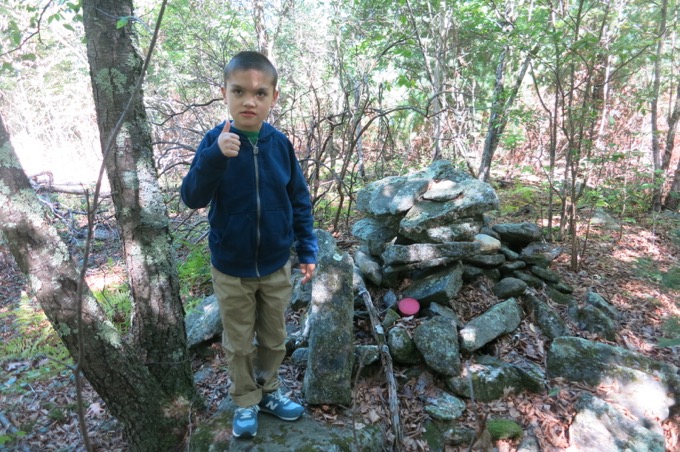 He’s getting good at these pictures!

Marvel at the entries from other people who felt the need to find the highest point in Hartford County. 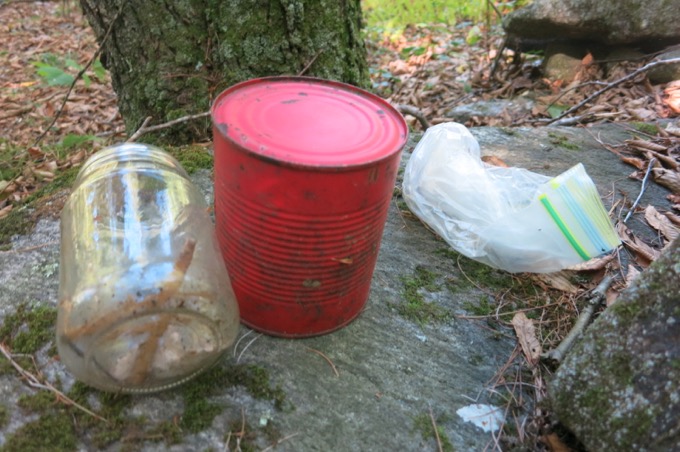 Any summit with a register is an important summit. Fact.

Go back to your car. 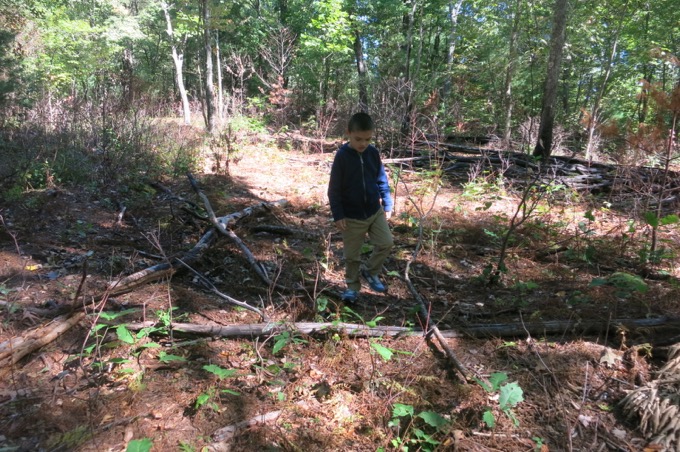 Actually, don’t go home. Go out to route 20 and head north and do the Falls Brook Trail. It’s a fun little trail.

I have now summited two of Connecticut’s eight county highpoints. It took us an hour or so, but you must understand that Damian is a very, very slow hiker. Without him, I’m guessing this hike takes maybe half an hour? Do it – if only to be able to shout to the world that you and only you are on top of Hartford County! 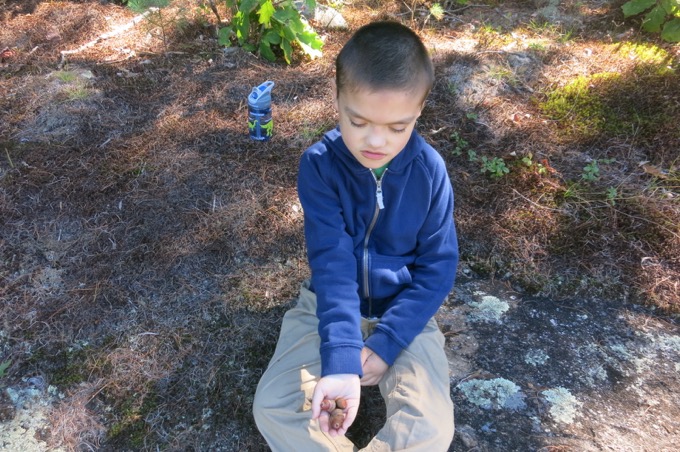 Oh yeah, collect some acorns too.