True story: Back in 2006 when I first started putting together the framework of this ridiculous website – back in the “Connecticut MuseumQuest” days, I had a museum listed named the Lt. Walter Fyler House in Windsor. I don’t remember when I realized such a house museum no longer existed, but at some point I deleted it and years went by. 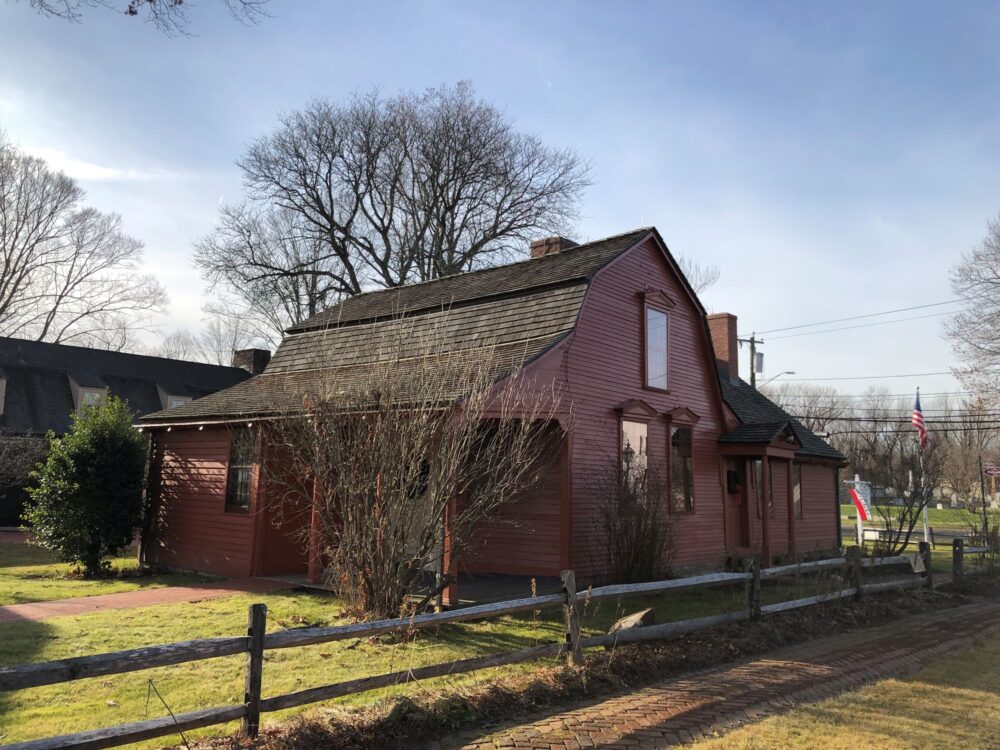 So here I sit in early 2022 beginning to write about the Stong-Howard House in Windsor and turn to the excellent Windsor Historical Society for background information and voila! The Lt. Walter Fyler House was a thing. In fact, it was a thing here from 1925 until 2000 or so.

And that thing is this thing!

The Strong House was long thought to have been built in 1640 and was known for many years as the Lt. Walter Fyler House. Fyler came to the Massachusetts Bay Colony from England in 1630, settling in Windsor in 1634. He received the land on which the house now stands in 1640 for his service in the Pequot War. Recent research has shown that Fyler’s house actually stood on a different part of his property than the house that was latter attributed to him. The area where this surviving house now stands was later owned by Henry Allyn, who sold it to John Strong, Jr. in 1758. When Strong later sold the property to Alexander Allin in 1762, it contained a dwelling which had not been there before. This is the house which is now called the John and Sarah Strong House. 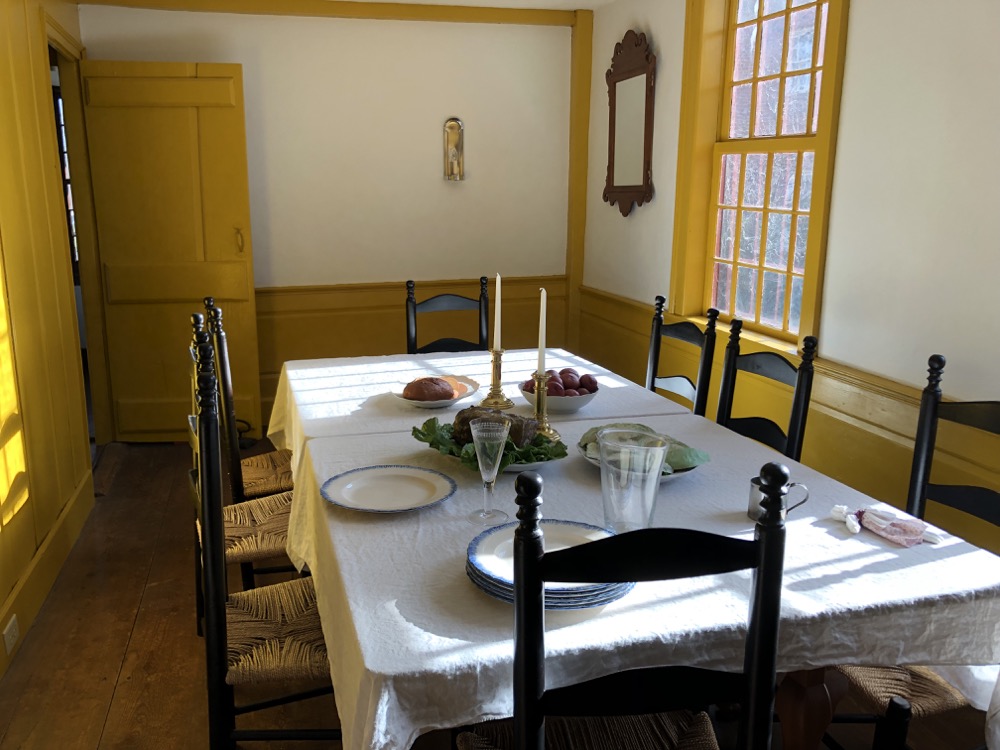 The historical society has a very long and very thorough explanation of how they came to learn that they’d been wrong since forever and how the name change process was handled. This isn’t the first historic house museum name change since I began this website. Heck, one in East Lyme springs to mind… it was the Thomas Avery House, then it was the Smith-Harris House, and now it’s the Brookside Farm Museum.

The idea behind the presentation of the Strong-Howard House, is not to shame previous historians who had the name wrong all along, but to show what life was like for the middle class Americans in the 18th-century. It is juxtaposed with the Dr. Chaffee House across the street, as no one just tours one house and not the other. 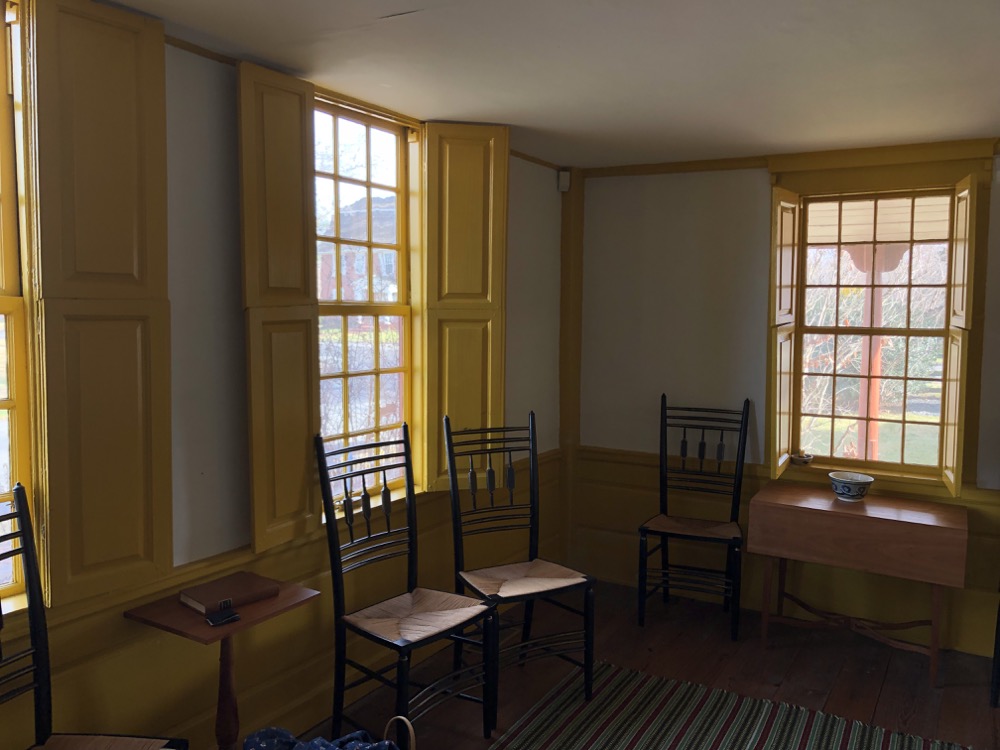 John and Sarah Strong built (part of) this joint in 1758. It was originally only four rooms in total. Then a guy named Captain Nathaniel Howard bought it and added several rooms to it before marrying Ann and living here for quite a while. Both the Strong’s and the Howards were surrounded by wealthier families and I’m sure that is used as a conversation starter among the school groups that visit here. (That is mainly who visits and the house is set up for the younger set to “gather ’round” and learn things through discussion and action.)

Upon entering, I was immediately struck by the bright mustard yellow paint color. I was assured that an analysis of the original paint flecks informed the historians that this was an accurate representation – and that it made sense to have a bright color in pre-electricity times. I guess I buy that. 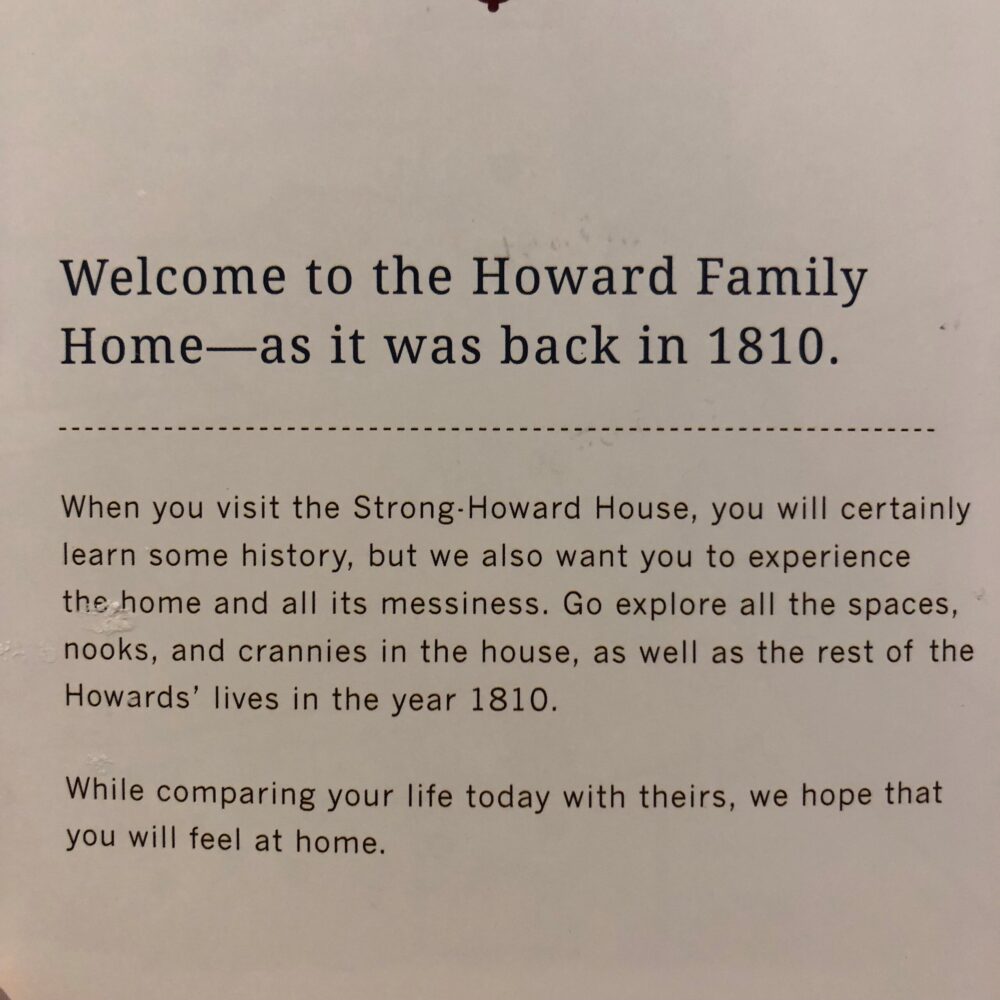 “Messiness?” Yeah, that makes me feel at home.

My guide gave me a fantastic high-quality little guidebook to this little house. Certainly one of the most professional guides I’ve ever received at any museum in the state. That, coupled with the WHS’s excellent website provides a ton of Stong-Howard background. Even if it bums you out, like this:

Once inside the Howards’ 1810 parlor, the complications continue. It is decorated with their best furniture – new painted chairs, a mahogany desk, a tilt-top tea table – ready to entertain friends, family, or store patrons. And yet the fancy décor contrasts sharply with the humbleness of the architecture. The bright paint also masks the family’s sadness since Nathaniel and Ann’s son and grandson passed away the year before. Their widowed daughter-in-law, Nancy, and surviving granddaughter, Annie, returned from New York, bringing vitality to the home, but the mourning continued. And to complicate things more, the Howards’ 23-year-old son, George, and his bride, Sarah, moved in as well. The New England merchant economy was still lagging after President Jefferson’s Embargo, and many young adults did not have the financial means to support themselves yet. Does this sound familiar in our post-recession world? So with three generations in the same home, the Howards tried to make the best of a complicated situation.

Okay then. Thanks. Like the Society’s Chaffee House, the upstairs here is off-limits. 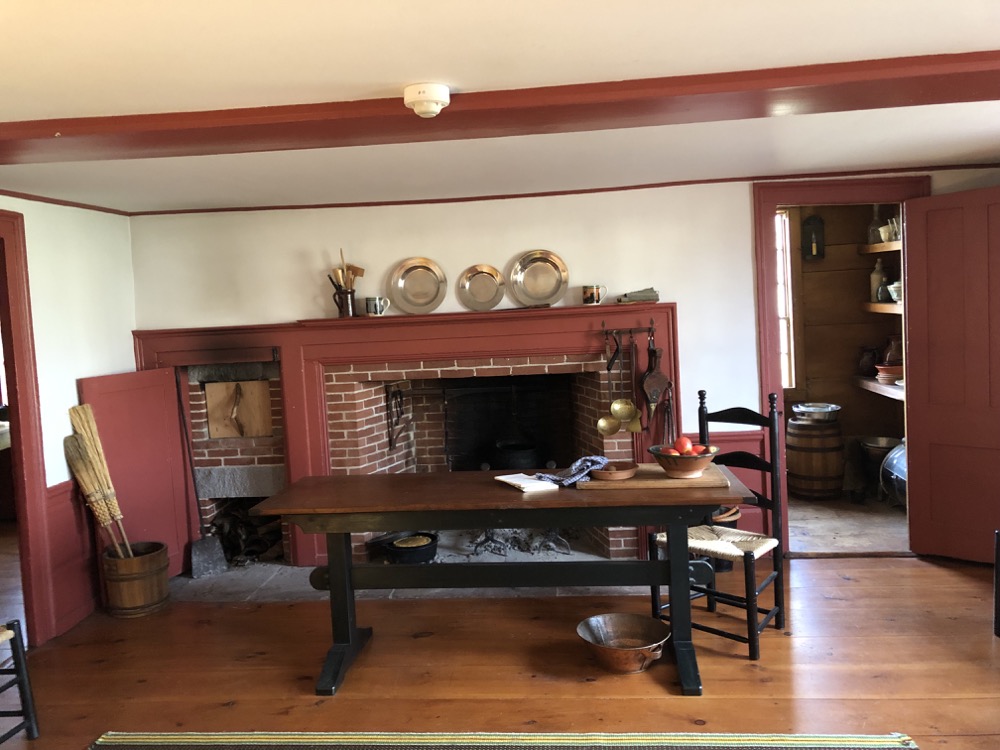 The tour here only takes in four rooms – the parlor, a bedroom, a dining room, and an office. Furnished with reproduction artifacts instead of antiques, the home replicates the life of the Howard family in the year 1810. Which I actually kind of like. The onus is on the interpreter; telling stories of Capt. Howard’s travels and its negative effect on his family.

Since everything here is a replica, and the bulk of their visitors are grubby little kids, the whole place is set up to be handled. The programs actually cook food in the open hearth and all the dresser drawers are filled with fake old clothes and such. I have a feeling the Society puts on a great program for the kids. 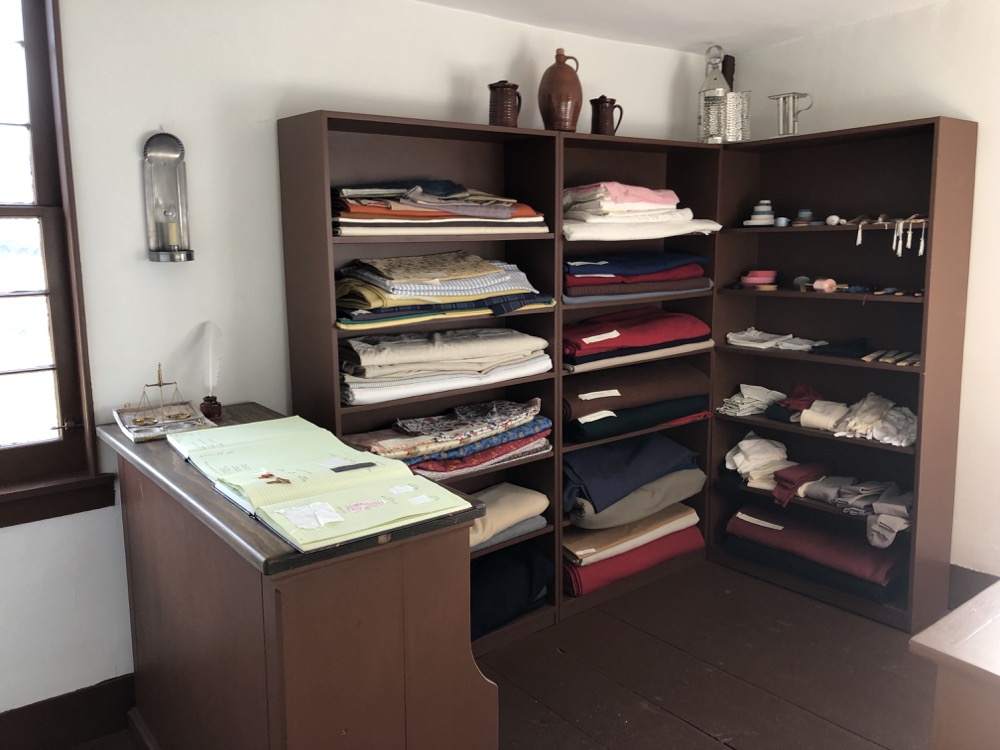 The last little room we poked around in was Capt. Howard’s office. After years of sailing the seas, he settled down here and started up a fabrics business. “Fineries,” I believe it was called. The goods, not the business. The business was probably called Retired Captain Howard’s Lace & Silk & Stuff. They were very literal back then. He sold to the wealthier families nearby on Palisado Avenue. Again, I could tell the whole thing was set up for kids to learn about how such a business was run back in the day with ledgers and such. It’s all kind of neat.

The Windsor Historical Society has three museums, and all three are different enough to make for a compelling couple of hours. This one with its hands-on immersion thing, the Chaffee House with its somewhat progressive black vs. white experience in slavery times, and the Windsor History Center that focuses on the town’s long history. Definitely one of the better historical societies in the state. 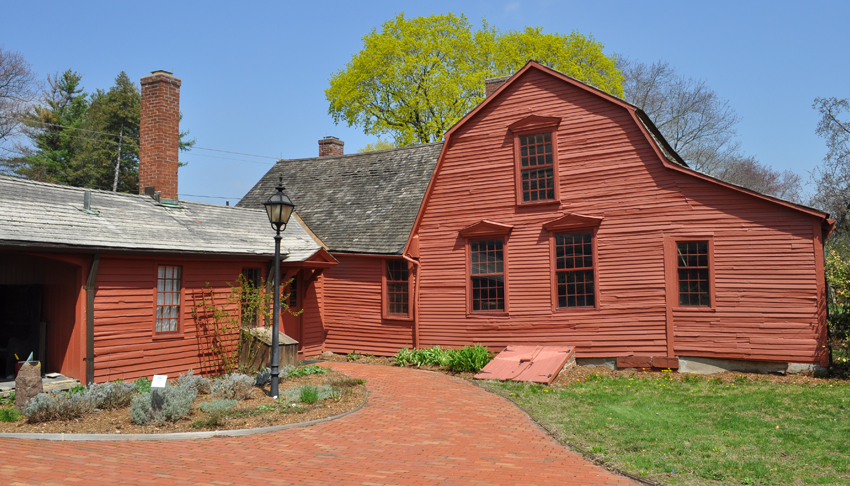