A Singing Bridge” is usually any bridge with a steel grid deck. These used to be fairly prevalent, but most have been paved over for health and safety reasons. Surely many of you remember the old Sikorsky Bridge on Route 15 across the Housatonic River down in Stratford. That thing was terrifying.

And that thing was also referred to as the Singing Bridge back in the 1980’s and 90’s. Then they paved it, people stopped crashing and motorcyclists stopped dying and that dark chapter of Connecticut highways has nearly been forgotten. 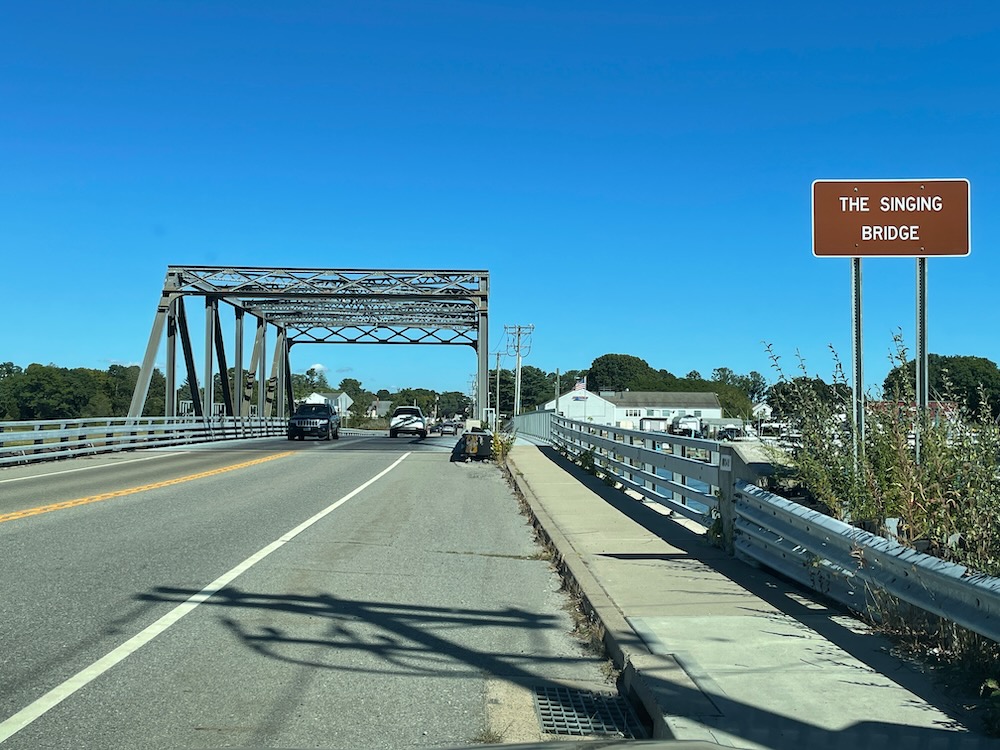 And so, we’re left with quaint, short, simple Singing Bridges. A section of the East Haddam Swing Bridge, some others I forget right now, and this little guy in Westbrook. But this one is special, because it’s officially The Singing Bridge. It even has a state-sanctioned brown sign and everything!

The bridge, opened in 1925, spans 117 feet over the Patchogue River. It got its name shortly after it was built by the Chapman Holbrook Co. of Westbrook. According to the builder’s grandson, Bruce Holbrook, “It’s been called the Singing Bridge since the 1930s.”

The bridge’s setting is very pretty. A marina filled with handsome sailboats is just south, and lobstering businesses with their buoys and pots stacked like a framed picture. Bill’s Seafood, one of Connecticut’s most venerable restaurants sits in the shadow of the bridge.

But does it sing? No. Not really. I recorded my most recent crossing:

Weak. So what’s going on?

What’s going on is that the state decided in the early 1990’s that these steel grid bridges were horrible. Impossibly slippery in rain, and incredibly costly to keep them safe. So they planned to replace the dang singing thing with an actual road surface.

But man, people loved how the bridge sang with traffic! I mean, they really loved it! They packed public meetings and hassled public officials. Tom Callinan, then the state’s troubadour, wrote a protest song, “Save the Singing Bridge.”

Cowed by the pitchfork-wielding Westbrookers, transportation officials relented and promised the new design would include a steel deck. After 1 1/2 years and $4 million in construction, the new span was reopened in 2004. It is a few feet wider and now includes a pedestrian walkway.

But the bridge’s voice has changed. Officials say the difference is caused by the use of galvanized steel, which resists aging. Hence, my recorded tip over the Patchogue sang about as well as I sing. A dull tuneless dirge.

But hey, it got that brown sign! Which… was another fight! Hartford bureaucrats were all set to name the bridge after some person no one’s ever heard of (like 95% of Connecticut’s bridges) until State Representative Devin Carney and vocal locals went bonkers.

No way was this bridge going to bear the name of some Hartford area resident. This bridge is the Singing Bridge! So the proposal was fought and shot down and in the end, in October of 2017, this short little Route 1 bridge in Westbrook was officially christened The Singing Bridge.

(There were some claiming to see Jesus’ face in one of the bridge’s concrete abutments in the early 1990’s, but c’mon. The true stories about this bridge are silly enough.) 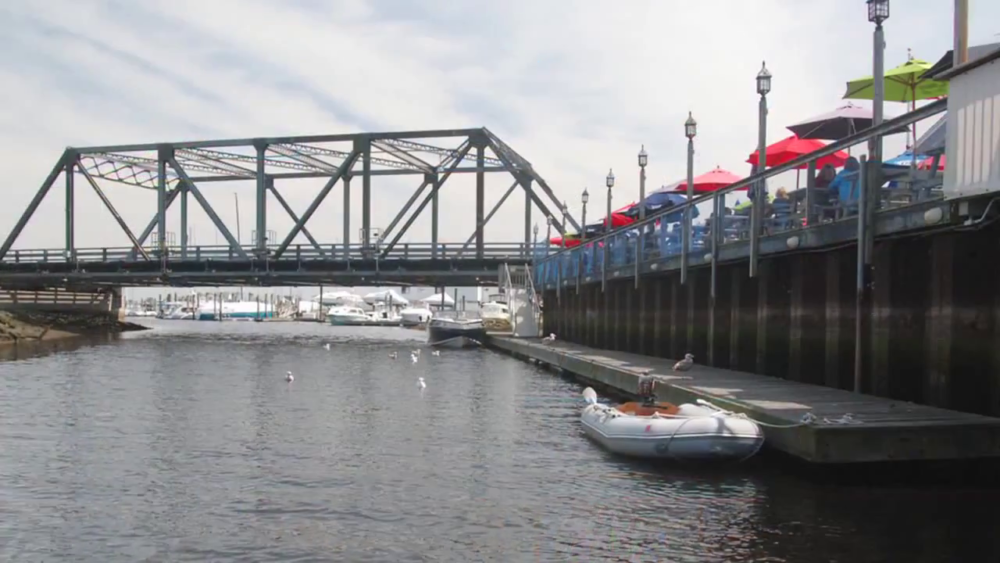 Bill’s Seafood deck and the bridge