CTMQ > Everything Else > Superlatives > The Yalesville Underpass

Just Truss Me On This One
The Yalesville Underpass, Wallingford

Truss me, truss Wikipedia, truss Wallingford’s town website… truss the circle of claimants who all claim the same unverifiable thing: Built in 1838 for the Hartford and New Haven Railroad by William MacKenzie, it is reported to be the first skew underpass in America. 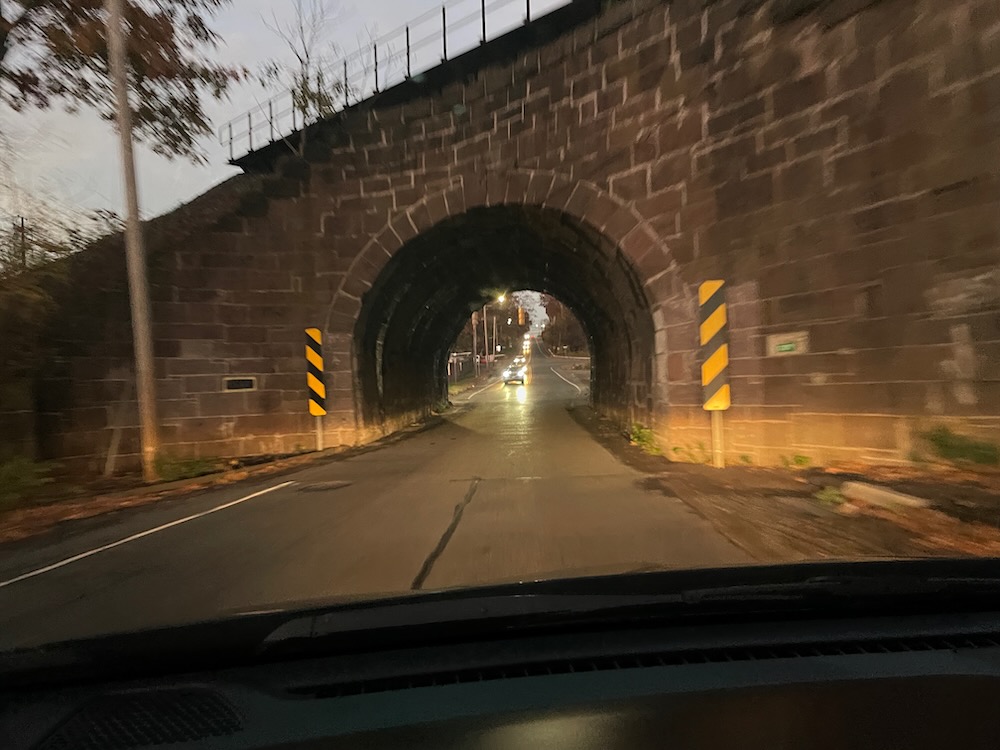 Yes, the Yalesville Underpass is a 30-degree skew arch bridge carrying the railroad over Routes 150 and 71 in Wallingford. The arch was designed to allow tall horse-drawn hay racks to pass through but it is not wide enough for modern two-way traffic, thus necessitating a one-way traffic light.

It’s height is the only reason it was never changed, as most traffic can still pass through it today.

As it turns out, skew arches are apparently rare, because they are not easy to engineer. To build the structure at such an angle, the builders had to measure and cut each stone individually. There is, of course, lots of “controversy” about the arch’s age and its claim to fame. Wallingford’s website claims 1838, but newspaper archives place it at 1841. The state’s log of bridges also dates it to 1841. 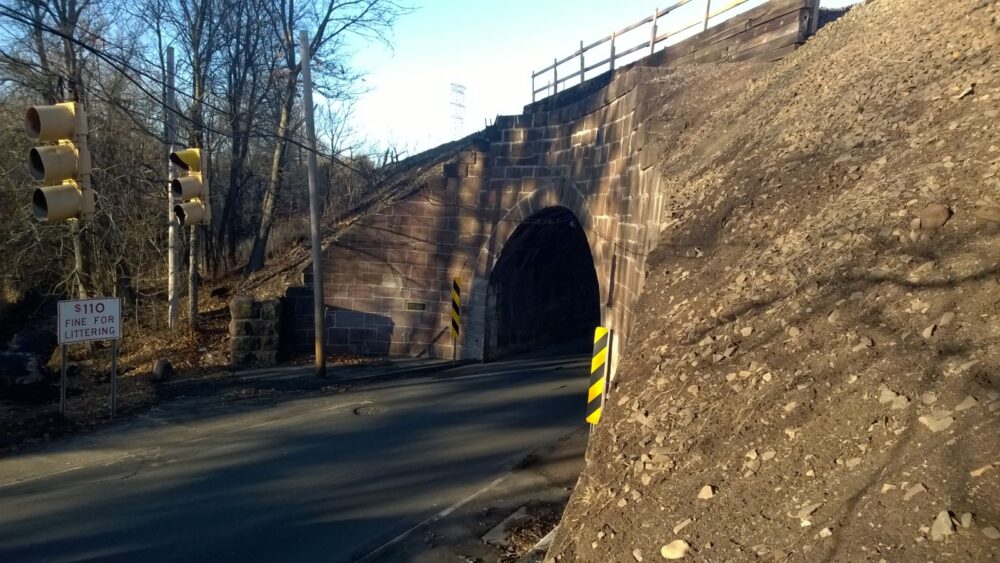 Photo showing that skew from Bridgehunter.com

That may still give it the “earliest” title, but enter historian and friend of CTMQ Bruce Clouette, author of “Connecticut’s Historical Highway Bridges.” He thinks the bridge was built in the 1870s, arguing that the railroad was constructed in 1838 with only a single track. He found in an 1873 Connecticut Railroad Commission Report that double-tracking was completed in 1872, “which is probably the date of the bridge,” because it’s wide enough for two tracks.

If built in the 1870s, the thing would not be the first of its kind in the country. For example, in 1857, construction of a skew arch railroad bridge was completed in Reading, Pennsylvania.

Me? I can comfortably say that “it’s reported as the first skew arch bridge and underpass in the country.”

It has been fixed up by the state a few times over the years, most recently in 2019 or so. The work is always overseen by the state’s Historic Preservation folks, as no one wants to mess up the (reported) oldest skew arch underpass in the country. Let’s take a drive through it!

Especially since it has another odd historic footnote : On Oct. 2, 1920, baseball legend Babe Ruth was driving a new roadster to Springfield when he collided with a truck at the Yalesville Underpass.

“He landed in a field with his car wrecked, even to the steering post, but he and a friend, who was his passenger, escaped unhurt except for scratches from the broken windshield,” a Morning Record article states.

According to the account, Ruth was driving through the area from New York City, where hours earlier he had picked up a new Packard roadster. In this account, Ruth was unable to negotiate the sharp turn at the culvert, which has since been straightened, “and crashed into the concrete abutment.”

And there we have it. a dubious claim, a bad video of the one lane underpass under an old skew arch bridge holding an Amtrak line up mostly by gravity. And Babe Ruth. 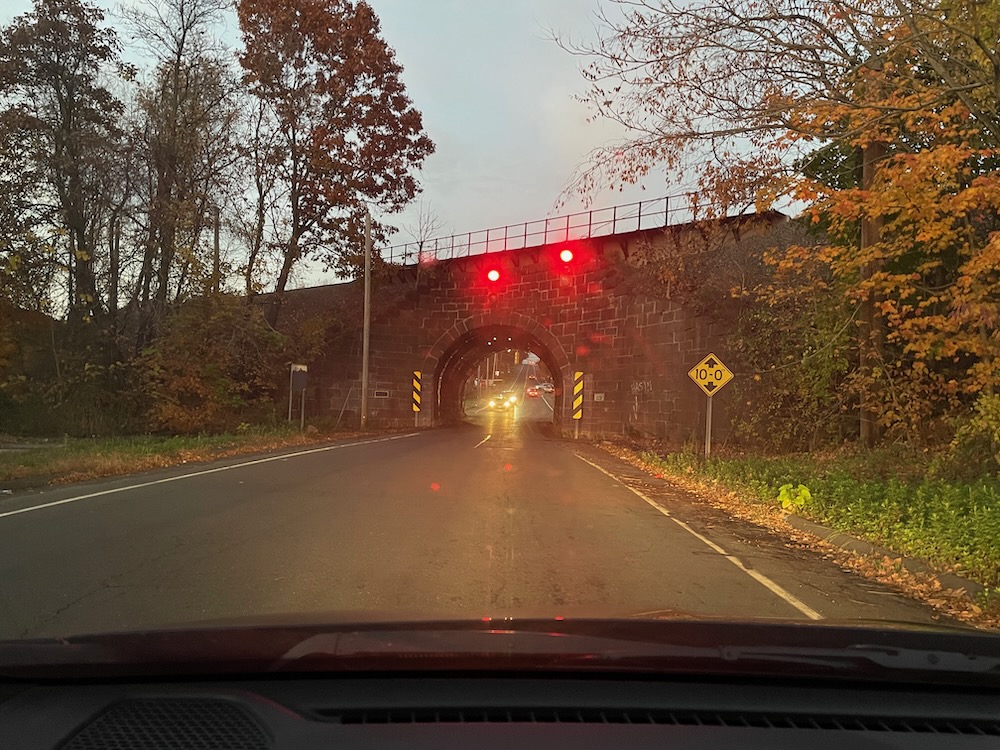