I’d be Aaren’s Beer’d, If That Made Any Sense
The Beer’d Brewing Company, Stonington

This was written in 2013 and now needs a serious update in 2020. Beer’d is still great, but they’ve grown quite a bit since I wrote this – and have a second location in Groton now in 2020. I’ll leave his page as is, but if you’re reading this italicized statement, I still need to put in work on this page.

There are two things I absolutely hate about Beer’d:

2. I have to write a page about Beer’d now and anytime I want to make the company a possessive, it’ll look like this – “Beer’d’s” – and that is just awful. 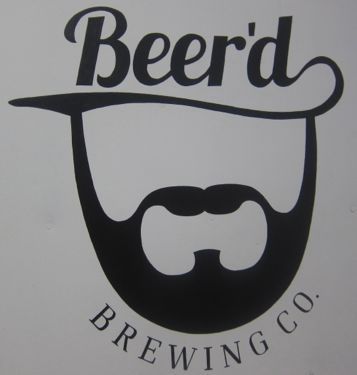 In other words, there is nothing at all to dislike about Beer’d. Quietly, Aaren Simoncini developed one of my favorite breweries in just one year. In fact, I like his beers so much that I keep trying to come up with “normal” non-Beer’d reasons to drag my family to Stonington just so I can get to the brewery. “Going to Beer’d” alone works great for me, but it doesn’t work so well on the rest of the family.

(Yes, it could be worse – I could live in, say, Salisbury, but we’re not talking about those people. They just go up to Massachusetts or over to the Catskills anyway.)

And not only is the beer at Beer’d great, everything about Aaren and his wife Precious and the physical space they occupy have been great for me to come to know. Well, I suppose there may be terrible dark secrets the couple keeps, but until I know them, I stand by my opinion.

Though honestly, both are so nice and personable I just can’t imagine… Perhaps I gravitate towards Aaren because he’s a bit of a nerd, who was a accountant and CFA after graduating from Rochester) Institute of Technology. My bit of a nerd wife (who went to the University of Rochester and Aaren gave each other that look that only those who spend time in Rochester can give each other. It’s called “The Frozen Rochester Buried in Snow” stare. And it’s scary. 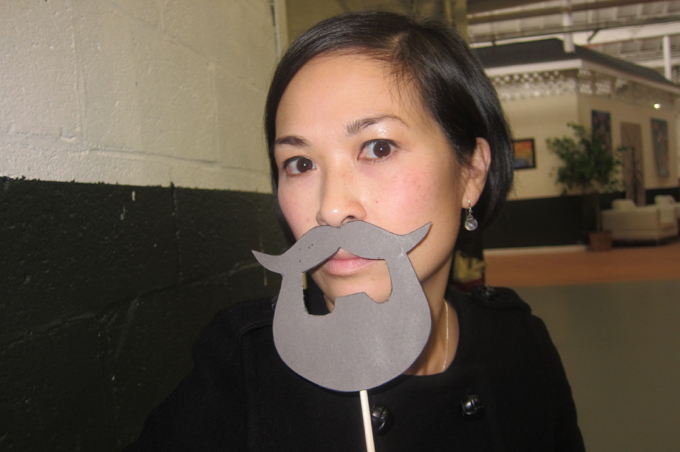 I love this woman.

Bust on Rochester all you want, but it was at RIT that Aaren was exposed to a course called “Beers of the World” and – Oh come on now. Really? I had that course at UCONN too, but it was held at Ted’s at 11PM on Friday nights, not in a lecture hall. Freaking Rochester. You see what I mean with those people?

Anyway, so hometown boy Aaren comes back to the Stonington area and did some accounting but ended up apprenticing over at Cottrell Brewing in Pawcatuck. Which is a part of Stonington but not Mystic Stonington. Or Stonington Borough Stonington. But you knew that.

All the while he home-brewed and somewhere along the way he realized he knew what he was doing, saved up some dough, started a brewery, and here we are. 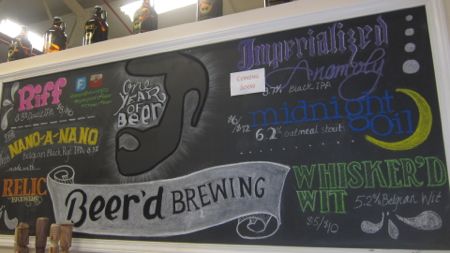 Beer’d is deep in the bowels of the old Velvet Mill. They made actual legitimate velvet here and I have no idea why, but that’s interesting to me. Once you find your way back to the brewery, you’ll almost always find a small crowd and a very helpful and happy Precious with a very busy-yet-also-happy Aaren doing growler fills.

If you’re lucky, you’ll also find a basket of Beer’d beards with which to make your small children and wife look silly/cute. (Precious sits at home and makes these herself while watching TV. Insider tip.) The blackboard of the day’s offerings is beautifully rendered and while the “tasting room” itself is a bit cramped, it doesn’t matter because you have hundreds of square feet of Velvet Mill in which to mill around. 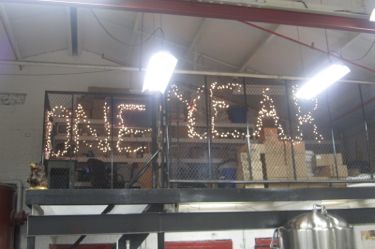 This was their one-year anniversary. Now in 2016, they are in their 4th year and expanding quite nicely

Which brings us to the real reason you’d ever go to Beer’d: The beer. Now, I’ve been talking up Beer’d since I first had some of it many moons ago. I’ll admit, I love a good IPA and I love a good Stout. And guess what? Beer’d specializes in such things. I noticed one day on Facebook it seemed like Aaren had 3 different double IPA’s on tap at the brewery. As ridiculous as that is, I was jealous of all those who could just hop over to Stonington. Jerks.

So there’s my bias: I love the styles Aaren loves. While everything I’ve had from Beer’d as of this writing has been fantastic, I’m certainly partial to a few.

I’d be remiss if I failed to mention Beer’d’s (see how stupid that looks?) 2013 collaboration with fellow CT (at the time nano)-brewery Relic. Called Nano-a-Nano, each brewery more or less followed the same recipe, but the output was slightly different. I love that they did this – and love that Beer’d has gone on to collaborate with Night Shift up in Boston and rumors in 2016 abound about another in-state IPA-heavy hitters collaboration. 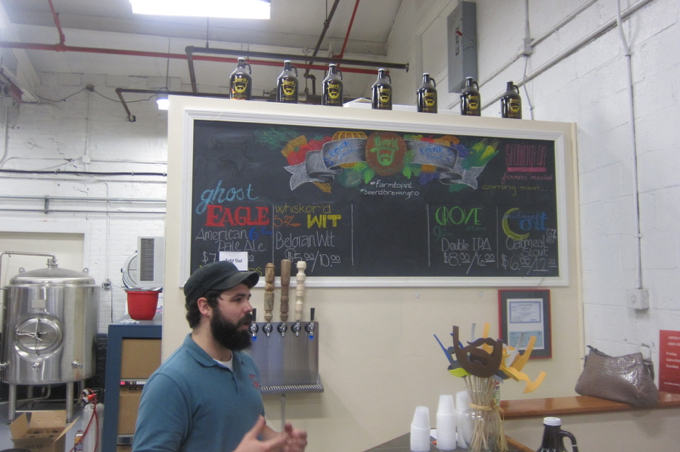 That’s our hero Aaren there, in beard

I’ve sent anyone who is in that area to Beer’d. There are sometimes waits for growler fills, but that will change as they figure it out a bit more. The triple shot of BF Clyde’s Cider Mill, Saltwater Farms Vineyards and Beer’d – mixed in with some other Mystic fun or other Stonington vineyards – make for one of the most perfect fall Saturdays you could do in Connecticut.

2016 Update – Beer’d now distributes a bit around the state, and appears on taps fairly regularly at noted beer bars like J. Timothy’s, Eli Cannon’s, Westbrook Lobster, etc. In other words, you don’t necessarily have to drive to Stonington anymore to get a taste. I love progress! 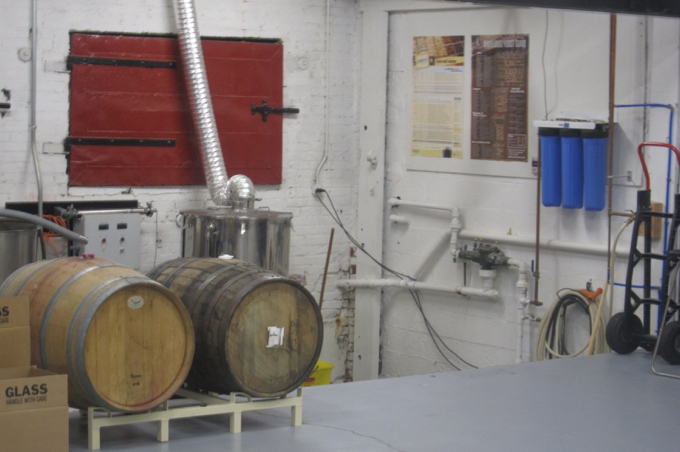 With the rapidly expanding landscape of Connecticut breweries and beers, I’m confident in saying that Beer’d is – and will continue to be – in my top 4 or 5 beer destinations in the state. Great people, great beer. 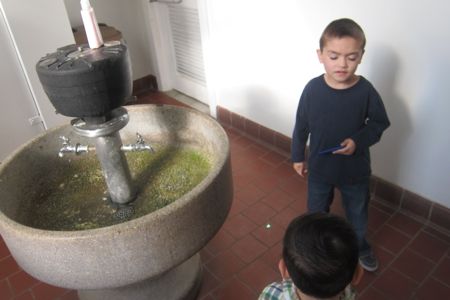 The boys at the “sink” in the Velvet Mill’s bathroom. A true mill wash sink. Interestingly, a similar sink can be found at Two Roads Brewery in Stratford.