Careful, They May Have a Grass and Root Vegetable Flavor
Grass Roots Creamery, Granby
September 2, 2014

As of today, in September 2014, Grass Roots’ website is the most basic of websites. It is merely one page, noting the address and hours of the fairly new shop, as well as its simple philosophy. 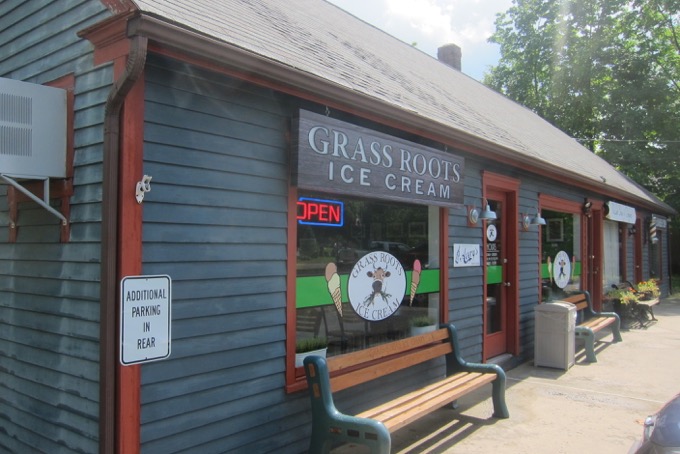 That philosophy is “Lovely ice cream made from real food (like strawberries, peaches, berries, nuts, chocolate, and coconut. No artificial dyes or colorings. Natural and organic toppings.”

And that’s it. And that’s great. After all, why bother with wasting time with a fancy website when Grass Roots has ice cream to make? And not just any ol’ ice cream, mind you, but some of the most fanciful, creative, and delicious ice cream in the state. This place has only been open for a year or so, but it has vaulted into the upper echelon of Connecticut homemade ice cream joints already. Easily. 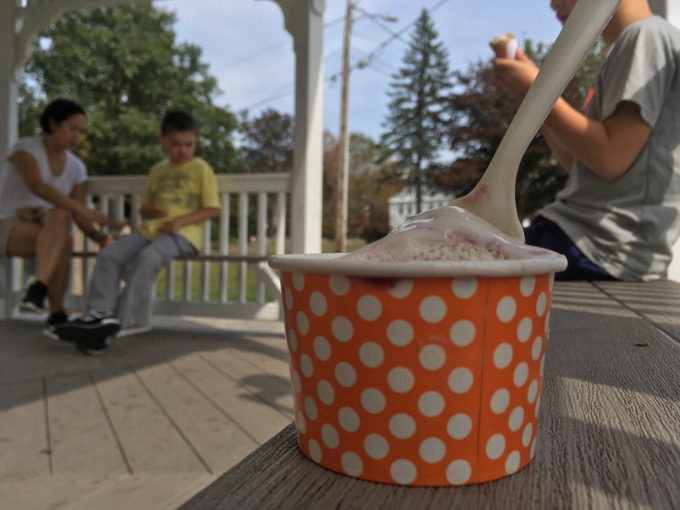 The gazebo out front

I first heard about Grass Roots via an article my friend Leeanne Griffin wrote about them for the Hartford Courant. “Hm,” I thought, “that’s not too far from my office and when I take the boys hiking up in Simsbury or Granby, it makes for a perfect post-hike treat!” 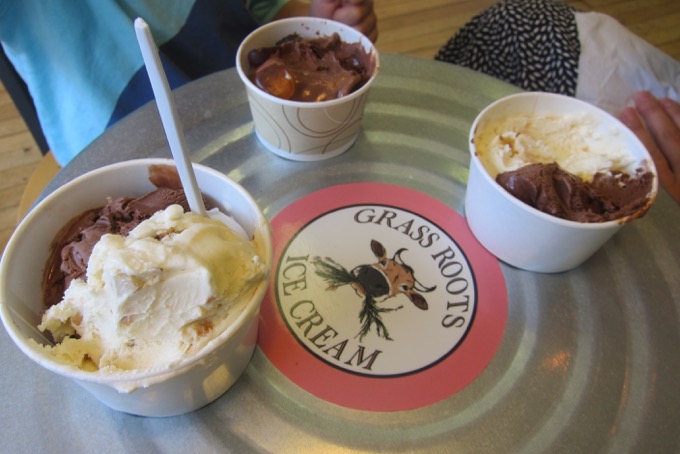 Just one thing – Grass Roots isn’t open on Sundays. And I pretty much only take the boys hiking on Sundays. I can only surmise the wonderful owners of the shop are religious, whereas my boys and I are not. Oh well, there’s still Tulmeadow and J. Foster’s in Simsbury for us I guess. Though both are a bit of a let down from Grass Roots.

[A few things on this – while we were there and talking to the owner, I said, “I wish you were open on Sundays!” to which she replied, “Well, we’re not,” and that was that. Just yesterday, a Sunday, I hiked in North Granby with my sons and drove right past Grass Roots at 1 PM. It would have been perfect. Instead, we ended up at J. Fosters in Simsbury. On their facebook page someone just wrote today, “I wish you were open on Sundays” and their response was the same. I imagine they’d get far more customers on Sundays than they do Monday-Wednesday, but whatever. That’s their prerogative. They aren’t alone in this, by the way. Wentworth’s Homemade Ice Cream in Hamden does the same thing – and that place literally abuts Sleeping Giant State Park! Imagine the lines they’d have on Sundays there!] 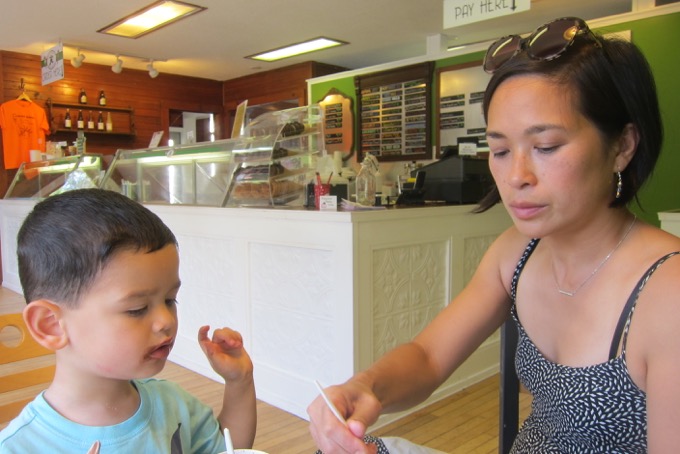 So instead of a post-hike treat with the boys, my wife Hoang and I took our younger son Calvin here as a post-summer, pre-pre-school treat. Although at three, he’s too young to appreciate the import of our Grass Roots visit, he enjoyed it all the same – much more than he enjoyed starting school the next day, that’s for sure. (I mean, think about it… if he goes to a 4-year college, the poor dear has 18 years of schooling ahead of him.)

Upon entering, we were greeted by one-half of the husband and wife ownership/ice-cream geniuses team: Eliza Florian. She was as sweet as her concoctions and very welcoming. You’d sort of expect that from a small independently owned shop of any stripe, but I can tell you that’s not always the case. 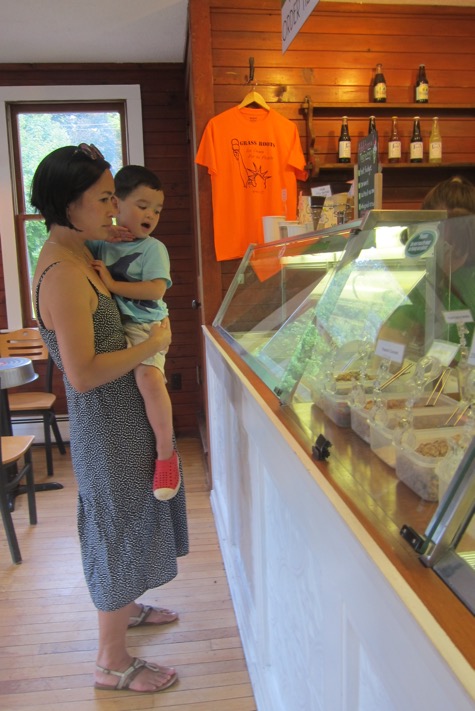 We were initially overwhelmed with all the ice cream choices. The array of new-to-us flavors and combos was incredible. But how do these “wacky” flavors taste?

In a word – delicious. If you are curious about the Grass Roots menu, they have a huge array of flavors.

Apparently this whole “let’s just come up with our own new flavors” thing started with a little boredom and a lot of creativity and experimentation. An early experiment, a lavender-honey ice cream, went through a few iterations before it was nailed – and it sure was nailed. That first batch sold out in a day and is now usually available. 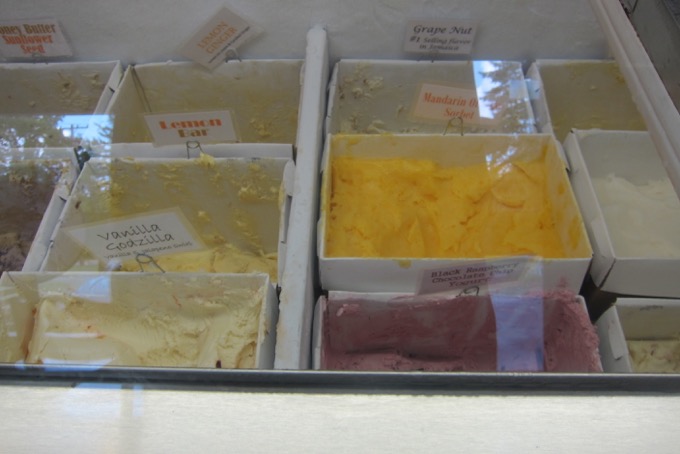 You can expect around 20 flavors that are unique and of them, you’ve most likely never heard of, let alone tasted, about 10 of them. And of those 20, I’m willing to bet 20 of them are perfectly made. Of course, your personal preference may not like all 20, but that’s not the point.

For his part, Calvin demanded the deepest, darkest, chocolatiest chocolate flavor. I don’t recall what it was called exactly, but it contained some serious cacao and bitter chocolate. He loved it – and Eliza noted that he “must be a true connoisseur.” Why yes, yes he is. Just disregard the (“all natural”) gummies he demanded on top. 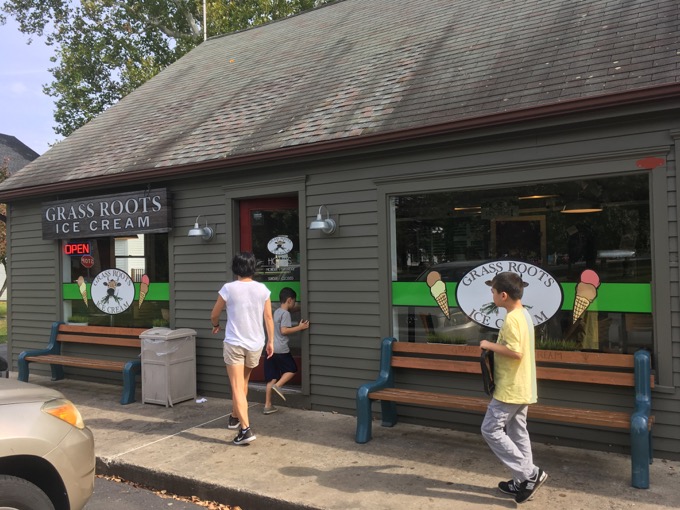 For my second scoop, I had Cardamom Cashew. Just because it was “cardamom cashew.” I know, right? It was also delicious. What I found was that with all the inventiveness, there is much care taken not to overwhelm each flavor with wackiness. The flavors are all there, yes, but they don’t dominate you at all. 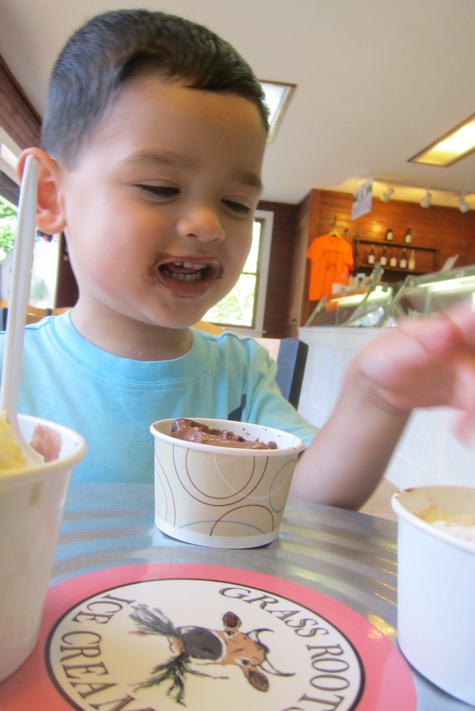 I love this place. Eliza watched us enjoy our first Grass Roots experience like a mother duck watching her ducklings swim for the first time. At first I found it a little annoying, but I immediately realized she simply cares about her baby. And she wants people to give her honest feedback about it. (And, frankly, she was probably leery about Calvin eating an “adult” flavor.)

The name of the business came from the following heartbreak:

The owners’ 2 year old son suddenly passed away due to an un-diagnosed disease, Adrenoleukodystrophy. This could have been treated if there was newborn screening for this disease. With other affected families, they fought to have a newborn screening bill passed in the CT Legislature. The politicians thanked them for our “grassroots effort” to pass the bill. 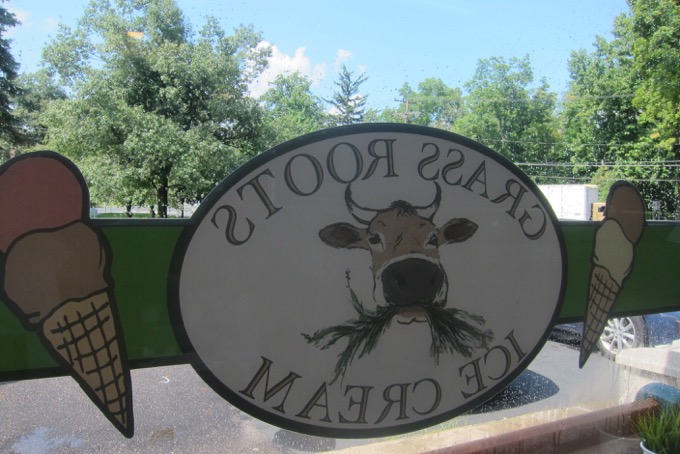 You can tell how much I love this place by the word count on this page. There usually isn’t all the much to write about an ice cream shop. In the case of Grass Roots, there is simply too much.

And I haven’t even (yet) had the Blood Orange Chocolate Chip, the Chai Tea, the Lemon Ginger, the Butter Rum Brownie, the Honey Butter Sunflower Seed (?!), the Lime Chocolate Chip, the Molasses Oatmeal Cookie, the Cerveza and the Cinnamon Churro, the Pumpkin Oreo (nope, never will), the… you get the point.

Go. Get to Granby’s town green and Grass Roots Creamery ASAP. It’s much more rewarding than reading this page, I promise. 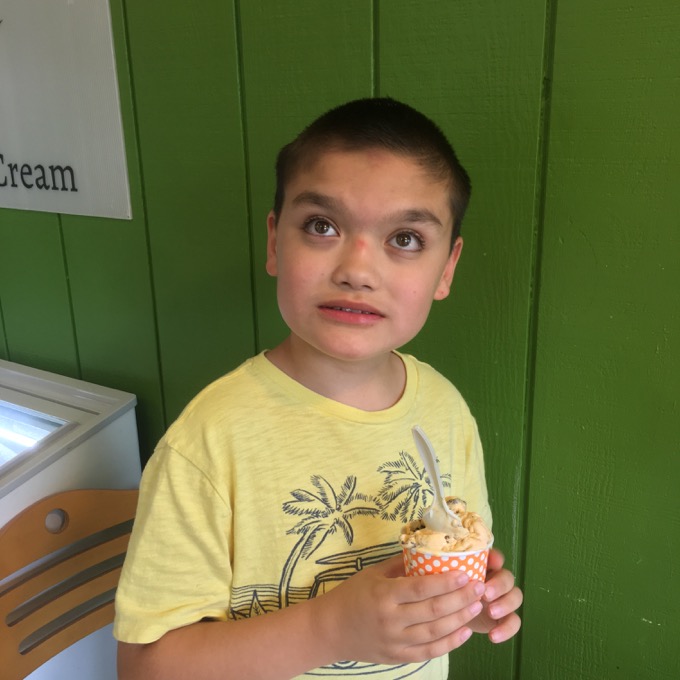 I’ve taken my advice and have revisited Grass Roots many times since our 2014 introduction. They are still closed on Sundays, but in spite of that, they have developed a bit of a cult following.

A cult to which I am proud to belong. In the 4 years since I first visited, Grass Roots has thought about expanding beyond Granby a few times. Through conversations with the owners and with other friends, I believe they thought about West Hartford Center (prohibitive rent, tons of competition) and perhaps something at the wonderful Get Baked bakery in Windsor. I’m sure there were other ideas of the years as well. As of today, they are still just in Granby, but… 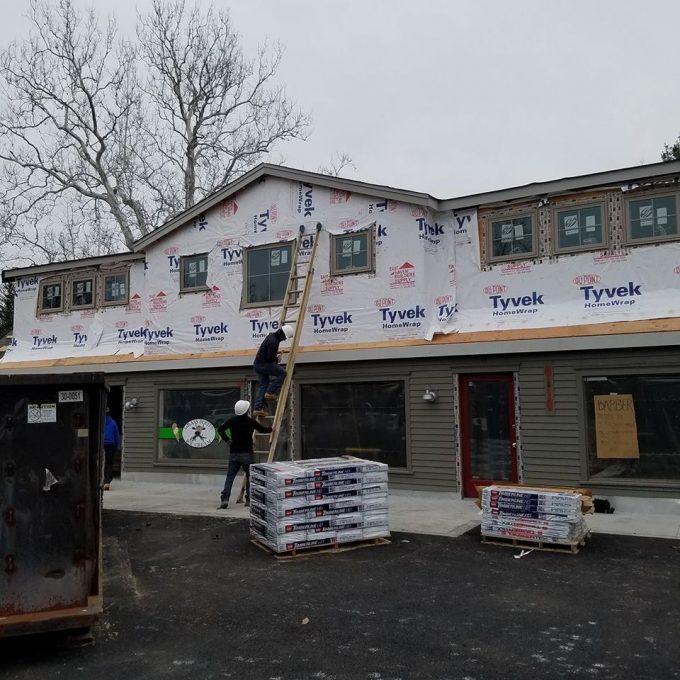 But they have expanded! Hugely! Bigly! They have added a full upstairs floor over the winter of 2017-18. This is excellent news for the business. After all,

We have a unique product and an almost cult-like enthusiastic customers that eagerly await the newest ice cream creations. At times customers wait in line before the shop opens so that they are sure to get a taste of a debut flavor.

Hey! I wrote my cult quip before I read this.