When I began writing about Connecticut breweries in 2009, only Hooker in Bloomfield was between my workplaces in Windsor and Enfield. Since then, Back East, Powder Hollow, Broad Brook v.East Windsor (now Problem Solved) all opened. Then along came Luppoleto. (And a year later, Broad Brook v.Suffield.) 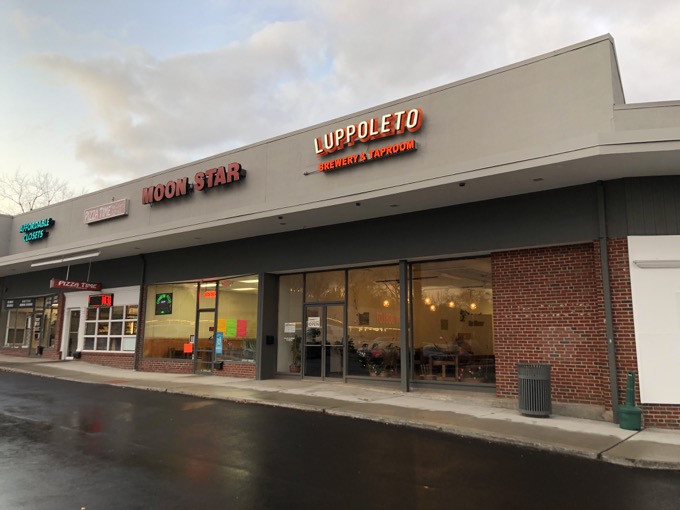 So many options for an after work beer now! I’m happy to have choices now for those rare times I can enjoy such a thing. And Luppoleto in Windsor Locks is in a decent location for my selfish purposes. It is located in a strip mall along with an Ocean State Job Lot and the epicurean destinations Moon Star Chinese Restaurant and Pizza Time. Classic Windsor Locks.

Man, for the sake of all of Windsor Locks, Luppoleto needs to be good. The town deserves it. So let’s hope the long wait for its first brewery was worth it as Luppoleto’s run-up to existence was looooooong. Not the longest, but still pretty darn long. One would hope that during those two or three years of expectations, the brewer(s) honed their craft. 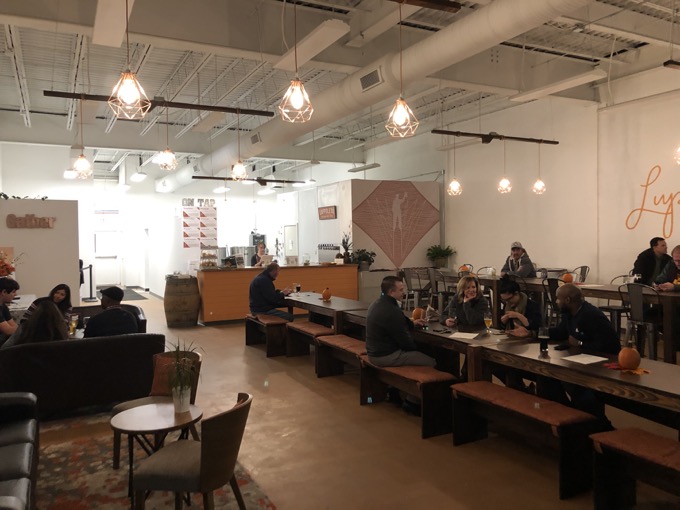 We’ll find out in a minute, but first we need to know what a Luppoleto is.

Luppoleto means hop farm or hopyard in Italian. It pays homage to James’ Italian and agricultural heritage…and the craziness we both inherited that led James & Jen to plant 60 hop plants nearly ten years ago and set in motion a series of events that would lead to opening a brewery!

Oh yeah? That’s cool. Their website has a lot of good writing on it – a very unique thing in local breweryland. There are many references and allusions to Italy and Italian heritage. Of course, Italy is known far more for its food and wine than for its beer, but there are some Italian standouts. Odd fact: at any high-end craft beer store, you’ll find some of the Italian weird format bottles to be among the most expensive beers you can buy. I’ve never understood why. 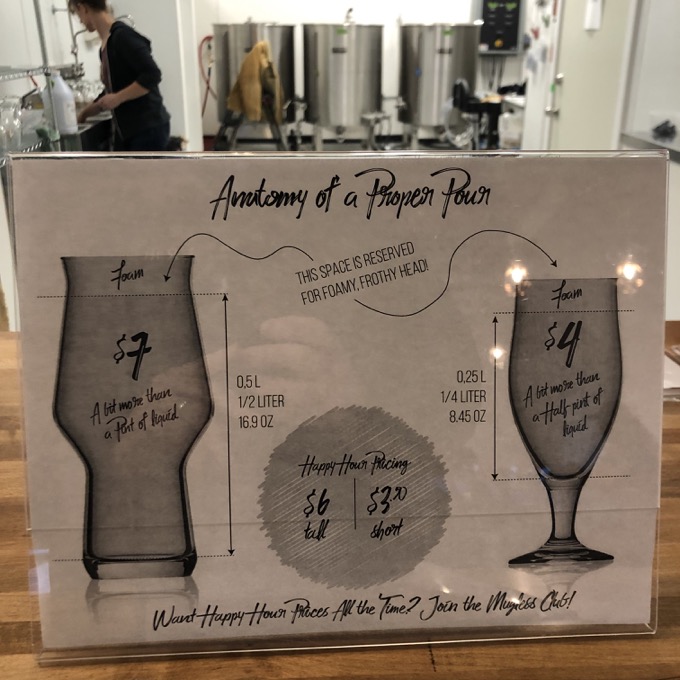 I wound up going to Luppoleto twice within two weeks. It was the run-up to Thanksgiving and as a result, I was able to scoot out of work early – the second time to meet up with a friend. The holidays, conversation with a friend, Ocean State Job Lot shopping trip, and a brewery? What could make this better?

I’ll tell you what: Happy Hour pricing! Yes, out of the 100 or so Connecticut breweries, there are only a handful that run happy hour specials. Luppoleto is one, and I immediately gave them points for that. If breweries are becoming the new neighborhood bars – and they certainly are – they need to recognize this and start acting more like bars. Happy hours are one easy and much appreciated way to do that. 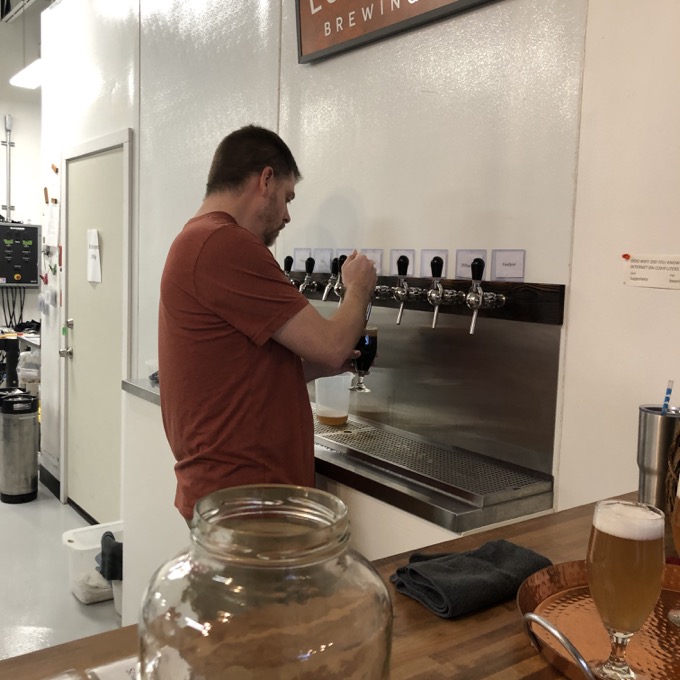 Happy hours are even better with good music. And no, I don’t mean a guy on his guitar with a drum track belting out Stone Temple Pilot covers… I mean cool music. Luppoleto was rocking some sort of jazzy break beat stuff; like Gangstarr without rapping. I don’t know if it was a one-off or a mistake, but I was loving it. Such a great change of pace from the brewery-norm.

I ordered three short pours: a grapefruit wit, an IPA called Stiltwalker, and a stout. I’m not sure what I was expecting from the grapefruit wit, but I loved it. Like a well-made witbier with a nice bitter bite to play off the sweetness of the wheat. Right up my alley. The IPA was solid; not too much of this or that. And the name Stiltwalker is a reference to their logo…

Hops are a climbing plant which have been commercially propagated for many centuries. Most varieties don’t produce flowers on the first few feet of growth so they are traditionally trained up strings – typically 2 or 3 per plant – attached to very tall trellises. The star pattern in our logo is a stylized version of these strings. 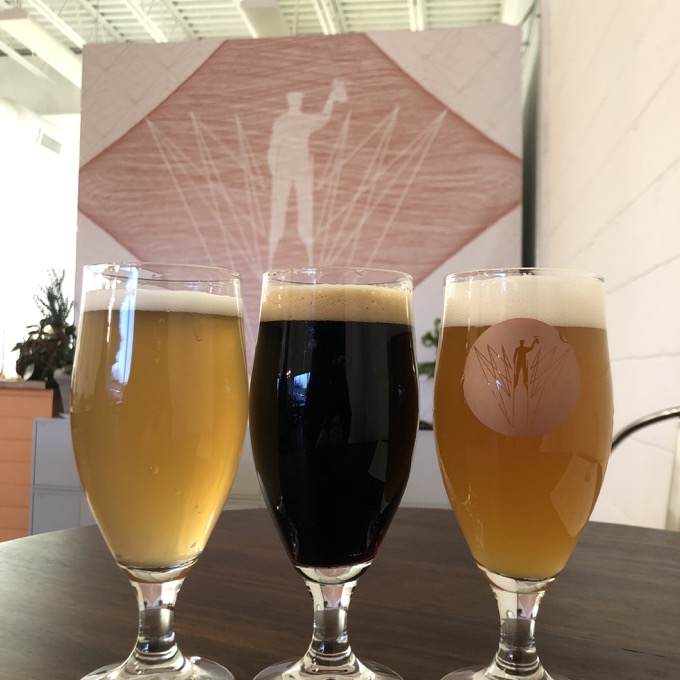 As for the jolly fellow on the stilts; he is a hop harvester. In the days before modern farm machinery, men would use stilts to chop the top of the strings from the trellis and drop the bines to the women and children below who painstakingly plucked the hop cones off one by one. Would they be drinking a beer from a stein atop their stilts? We can’t rule it out.

Sounds a bit apocryphal to me, but who can deny a romantic child labor exploitation story? 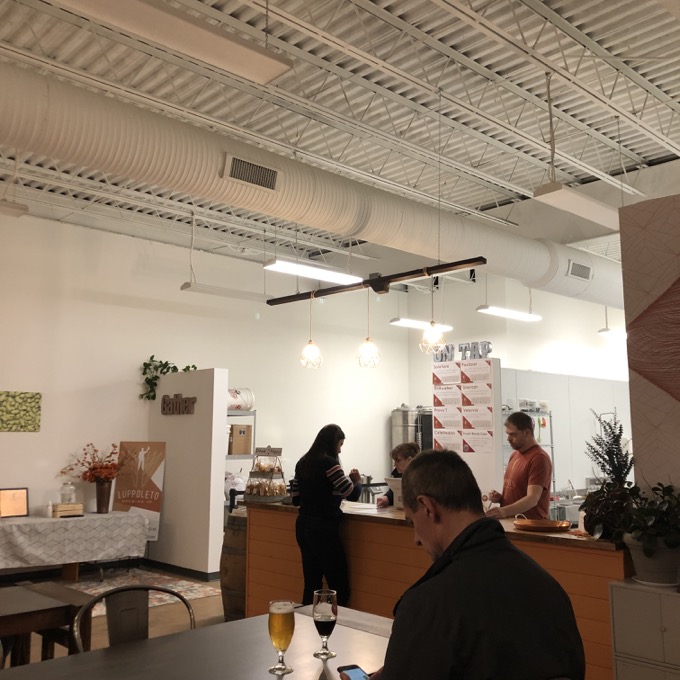 The stout during my visit was Cafefreddo, a “velvety smooth cold brew coffee infused milk stout.” Again, like the IPA, it was very good – not too much coffee, not too much lactose, just the right amount of everything. It was nice to see the place attracting patrons as I sat and enjoyed the music and beer. The crowd was more diverse than a typical Connecticut brewery sees as well. Black people, Asian people, old people, young people, men and women. We can all try to pretend this is the new normal – and it is at a few breweries – but it’s simply not remotely commonplace. The fat white guys with beards and hoodies memes became memes for a reason. 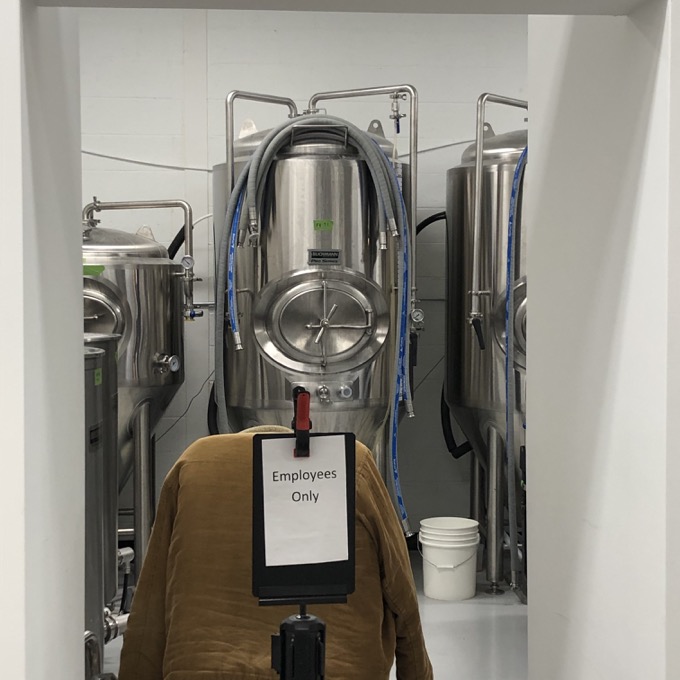 So there I was, a (slightly) fat (totally) white guy with heavy five o’clock shadow in a hoodie back at Luppoleto for a second time in as many weeks – a fairly solid compliment to a newer brewery. I ordered the Vesuvio – an Italian-named German altbier “with a wisp of smoke.” Do you see that, other newer breweries which I didn’t visit two weeks in a row? Sense a theme here? A “wisp.” Not a 5-alarm fire’s worth of smoke. A wisp.

And it was good. A witbier and an altbier done pretty darn well at a newer brewery with an Italian naming theme next to a Job Lot in Windsor Locks playing spacy acid jazz with lots of comfortable seating? I’ll take it. I often have mild concerns about all of these little breweries coming on line; working at them is almost never the sole job of the owners and brewers. Do they have the time and dedication to make their little brewery work in a sea of breweries? 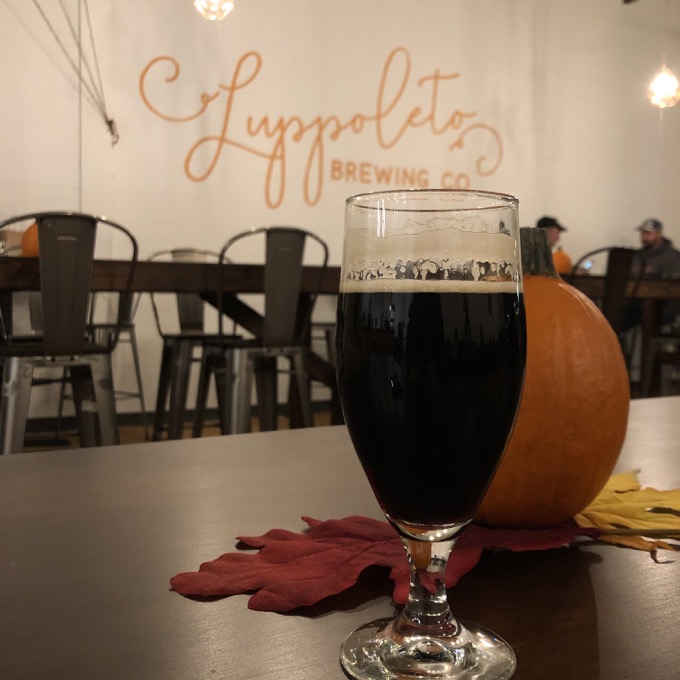 I do know there was some of that expected concern for the Luppoleto crew and that there were times in the first few months they questioned if this was going to work. I’m happy to read that they have purchased some more equipment and are actually growing now, less than a year after opening.

Keep up the good music and good beer and I’ll be back to see how things are going. Arrivederci! 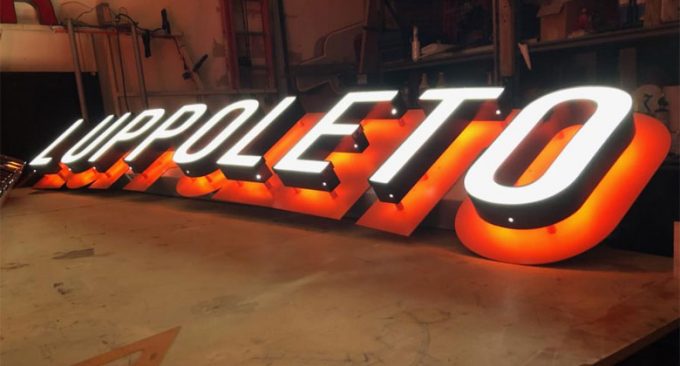