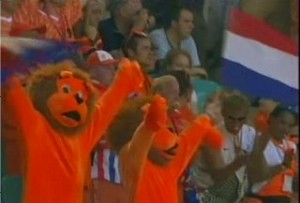 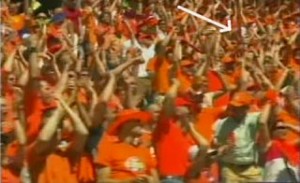 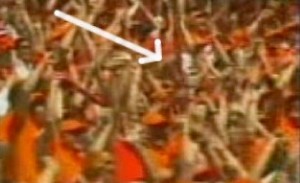 Can’t make it out? Using my CTMQ Photo enhancement tool, I was able to pick out one fan in particular… 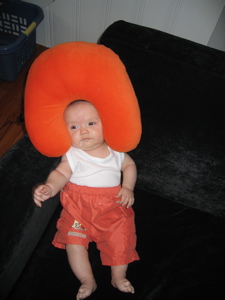 Damian got his way and we hit the road after 2 and a half hours. This left enough time for me and EdHill to pick up our Tour again; this time to a Portuguese bar in Hartford. We sped over to the Cambrense Cafe at the corner of Park and New Park. But hey, if we survived Nazis on Friday, how bad could a bunch of Portuguese people be? 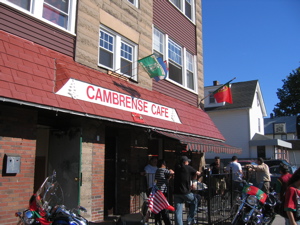 The bar was crowded but actually somewhat subdued. I learned that this was because despite the winning tally, they played like bums and everyone was upset about it. Eh, what the heck. After the game, we mosied up Park Road to O’Porto, an upscale Portuguese restaurant which I highly recommend. (Closed in 2013 or so) Ed and I ordered up some delicious appetizers (squid, shrimp, and clam dishes for me) and called it a day. 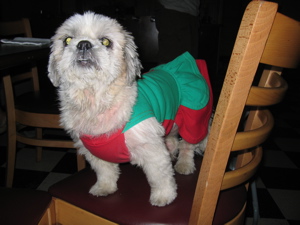 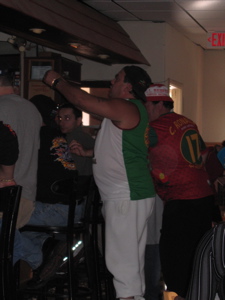 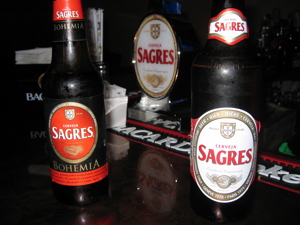 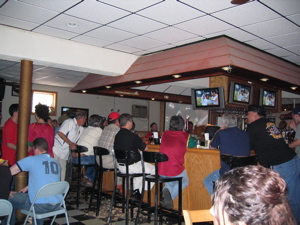 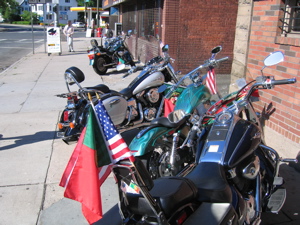 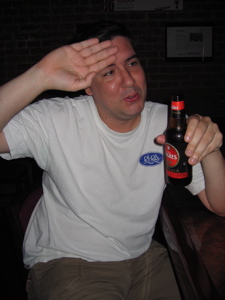