I used to live in Manchester and always thought Wickham Park was in East Hartford. Only part of it is. Wickham Park is a non-profit, private foundation whose property extends into both towns. The park contains 250 acres of gardens, open fields, woodlands, ponds, picnic areas, sports facilities, and other attractions. I’ve lived within 20 minutes or so of Wickham and had only been there once or twice before this visit with Hoang and Damian. Perhaps because they charge money to get in, I’m not sure. Okay, sure I’m sure… and I’m sure that’s the reason. But even though they charge a few bucks, it’s definitely still worth an afternoon visit. And heck, if you’re a cheapskate, I’m sure you can park and walk in from somewhere. 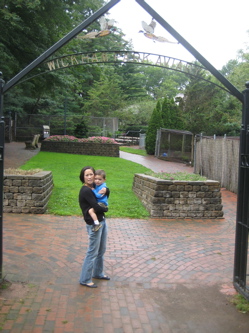 The gardens and park setting are great, especially the hillside views of Hartford. There’s a nice Asian garden and other themed areas throughout the park. One of the coolest things here is the top notch disc golf course. Now that’s a sport I could get pretty good at I think. I’ve played this course once (about 15 years ago) and it was a lot of fun.

I should note that much of the information on this page comes directly from the Wickham Park website. 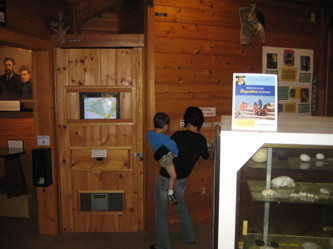 One of the least traveled areas of the Park is the Bird Sanctuary. So after you play a round of disc golf, enjoy a picnic lunch and a walk through the bird sanctuary, it’s time for the nature center and aviary. I had absolutely no idea about Wickham’s aviary until I started digging around online for CTMQ. It’s worth the price of admission alone. Add to that the small but very good nature/history center and your day is complete. Which do you want to read about first? The aviary? Okay, so that’s why I’ll start with the history and nature center. It’s called, “keeping you wanting more”.

The nature center is new – expanded in 2006 to include a nature classroom, numerous interactive nature exhibits, historical information about the Wickham family and their estate, Wickham Park’s Nature Center is a facility designed to educate visitors about plant and animal wildlife in the area. The unique thing about it is that it really does focus on the history of the park and the Wickham family almost as much as the typical Connecticut nature center stuff. 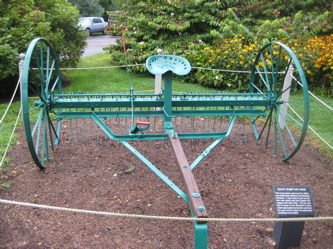 And just because you’ve never heard of the Wickham family (outside of, perhaps, Wickham Park) doesn’t mean they weren’t really cool. In fact, if you’re reading this at a desk, I can almost guarantee you have a Wickham invention within arm’s reach. Intrigued? You should be.

There are some farm implements outside the building, each telling the story of what once was in these parts: a farm. I particularly enjoyed the name “sulky dump hay rake.” I can’t be alone in that. Once inside, the center offers a lot of hands-on exhibits and interactive fun little quizzes and such. My favorite one was one which tested our ability to smell. Needless to say, I did terribly. So let’s move on to the animals. Damian always loves the animals and I can’t pretend I don’t as well.

I have always been a fan of pheasants but had never known a common species is the Melanistic Mutant pheasant. Here he is: 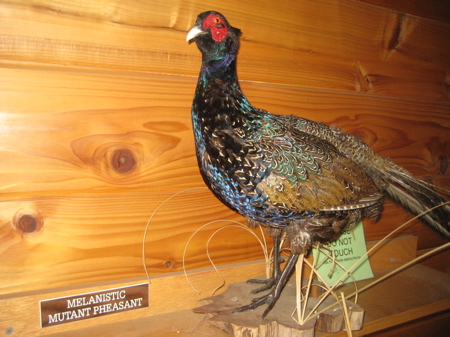 I looked it up and yeah, that’s a common pheasant and not some lab created monster. Odd. Anyway, the center has all the usual central Connecticut suspects on display: 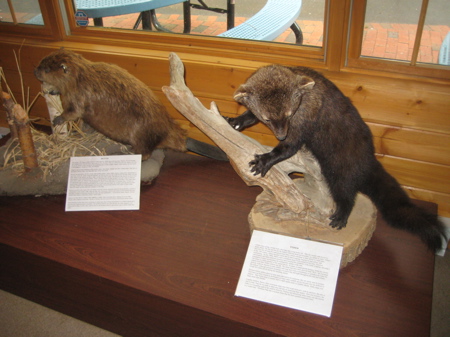 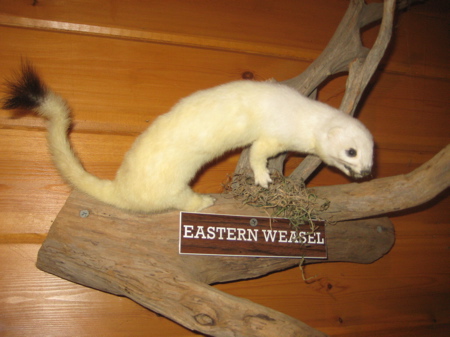 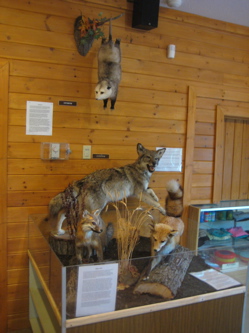 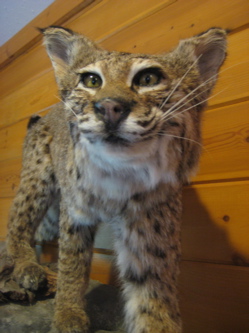 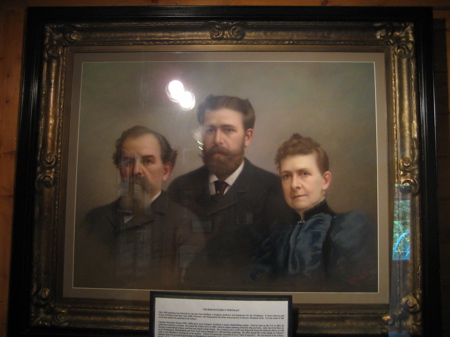 What? That’s wrong? That’s the Wickham family portrait? I’m sorry. That’s Clarence in the middle there; the guy who donated the land for the park. And check this out – the little sign under the painting tells us about the painter, one Charles Alexander Stuart. The Scot was known for painting ships and maritime type stuff and this is his only known portrait work. He was a drunk and a “man of mystery” according to the signage. I also learned, again from the little nature center, that Stuart practiced gynecology in Florida for a while without training or license. So there you go. 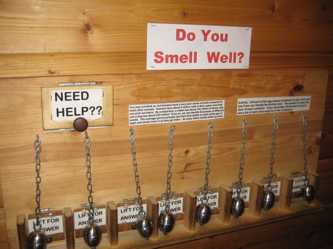 Thus begins the side of the building about the history of the Wickhams and the park. The majority of the land, 130 acres, was a gift from Clarence H. Wickham, whose will mandated that the property become a park following the death of his wife, Edith Wickham. Upon his death in 1945, Clarence Wickham also left the bulk of his financial estate to fund Wickham Park.

Olmsted Associates, the famed landscape architects, created the park’s original design. The plan called for the mansion on the property to be used as the home for the park superintendent. Extensive maintenance costs, however, led to the home being torn down in 1964. The maintenance building, which now houses the park’s offices, was originally the Wickham’s carriage house. The log cabin, built in 1927 as a meeting place for family and friends, burned to the ground in 1989. A replica now stands on the original location, which overlooks Hartford. The park opened officially in 1961, one year after the death of Edith Wickham. 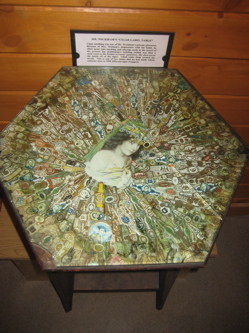 Mr. And Mrs. Wickham wanted the public to enjoy their estate, named The Pines, and while occupying the property, “derived supreme satisfaction in unselfishly, and in the spirit of sincere hospitality, permitting others to enjoy their privilege.” Now that’s pretty cool. Clarence also enjoyed smoking cigars. In fact, this table hers above contains 1000 wrappers from around the world smoked by Clarence himself. 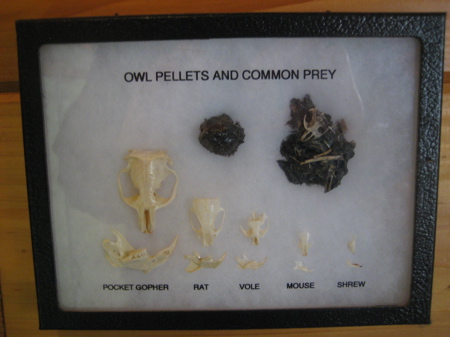 The Wickham men had an inventing streak and apparently they reveled in the mundane – but still important. Clarence’s dad Horace found the most success with the production of a machine that cheaply made stamped envelopes. Through this invention, the Wickhams secured a contract with the United States government from 1874 to 1907. Horace Wickham also invented a machine to reduce the cost of manufacturing newspaper wrappers. He ended up with about 40 patents, mostly in the printing and mailing realm.

So remember up the page when I said that Clarence invented something you have nearby? Get ready… Are you sitting down? Clarence Wickham is credited with inventing the window envelope. I love this fact so much I can’t even tell you. So much so that I shall now share with you the window envelop display: 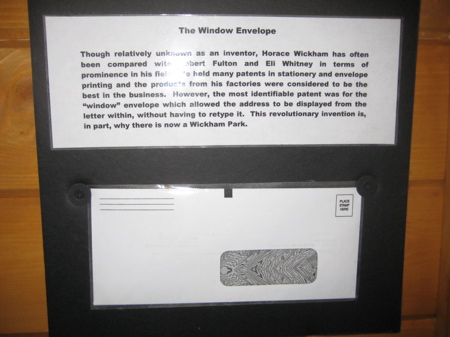 The center houses some of the Wickam’s personal effects from back in the day but it was time to go outside into the misting rain to check out some birds in cages.

Wickham Park is home to a variety of display birds, in addition to the natural wildlife in the park. The birds include turkeys, pheasants, peafowl, owls, waterfowl, and exotic chickens. The park also shelters turkey vultures, Red-Tailed hawks, Canada geese, and a Great Horned owl, all migratory birds are not releasable to the wild due to injury. All of the many birds are kept in the park’s aviary where the public can view and learn about them. 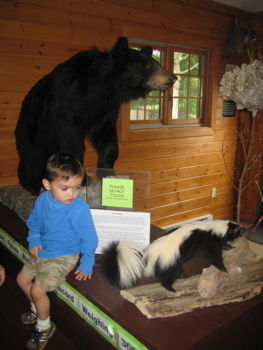 Now, I know I wrote down the names of the birds I took pictures of somewhere, but that was well over a year ago at the time of me getting around to writing this so I’m not going to bother looking for it. There are also a lot more birds here than I took pictures of, as it started to rain pretty heavily once we were outside. But the aviary isn’t huge by any stretch, so don’t plan on hours of birds in cages watching. And if it’s wet, watch out. That mossy brick gets darn slippery in flip flops, trust me.

Each well-kept cage had a sign on it telling us what the birds were and where they were from. Like this guy: 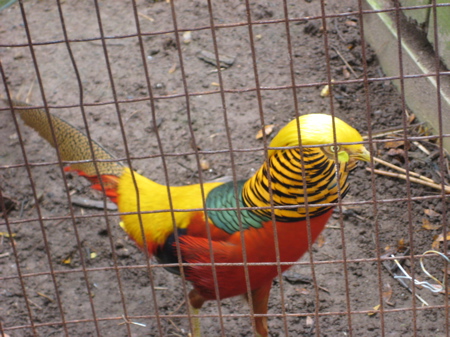 That’s the Golden Pheasant from the mountains of central China. He eats roots and low-lying bamboo and spiders. Lovely bird, isn’t he? The aviary is a bit pheasant-heavy, but that’s okay. It has the required cool owls and raptors as well. It’s the beautifully striking pheasants that make Wickham’s aviary unique. 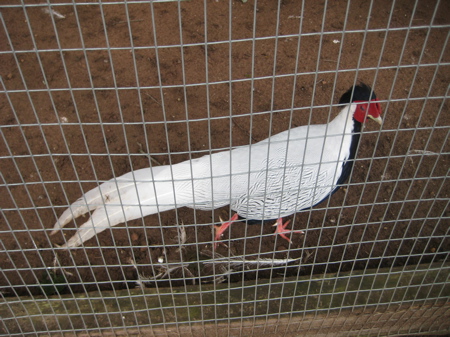 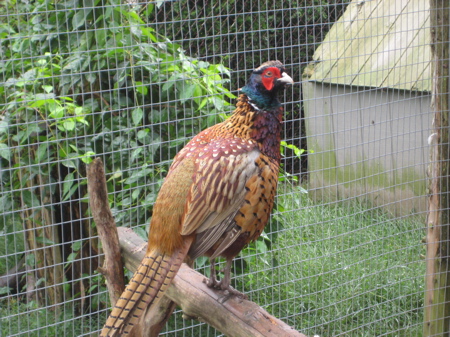 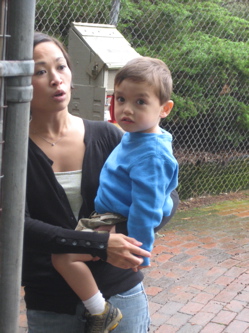 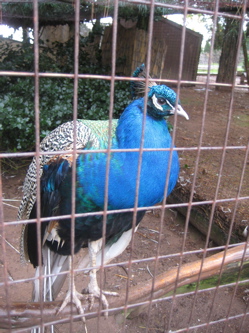 Okay, so that’s some sort of peacock I guess. Damian always thinks ostriches and emus are hilarious: 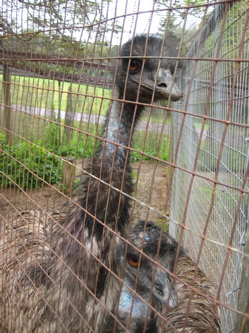 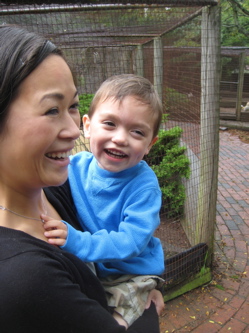 All three of us enjoyed our day up at the Wickham Park Nature Center and Aviary. Damian got to feed some crazy chickens, Hoang got to prove she can smell better than I can and I learned who invented window envelopes*. Perfect.

*Online sources tell me that window envelopes were invented by some guy named Callahan in 1902. Hm. 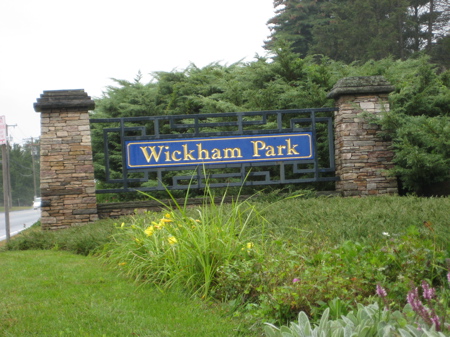