Shouldn’t It Be Called “Viewblein Tower?”
Simsbury (Google Maps Location, even though you must hike to it.)
October 21, 2007

Yes, there really is a little museum in the tower. I don’t know (yet) but I’m guessing this may be the most physically inaccessible museum in the state, seeing as though it requires an uphill mile-plus hike just to get to it. We visited in the middle of our 10th section hike of the Metacomet Trail but I’ve been there multiple times in the past. The tower’s museum portion seemed much more beefed up from past visits, however. Not that I’m complaining. 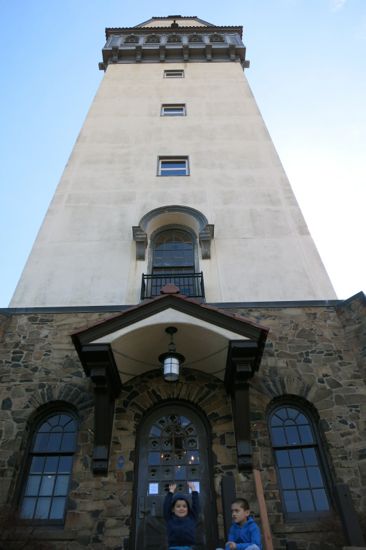 The Heublein Tower is 165-feet tall and is located in Talcott Mountain State Park. Everyone around here calls Talcott Mountain “Avon Mountain” for some reason… everyone but me, that is. There are basically three different trail approaches – The Metacomet from the North or the South and the Tower Trail. Most going to the tower take the Tower Trail and probably don’t even know about the Metacomet or what it even is. The Tower Trail is almost entirely uphill but is graded and has some spectacular cliff-top views to the West of the Farmington River Valley and beyond. It is one of Connecticut’s most famous viewpoints to be sure. 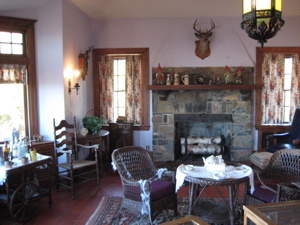 Designed by Smith and Bassette to survive 100 MPH winds, and built by T. R. Fox and Son in 1914, the Heublein Tower served as Gilbert Heublein’s summer home and retreat. Truly an architectural marvel, Mr. Heublein modeled this structure after buildings in his native homeland of Bavaria, more specifically the town of Dinkelsbuhl, considered one of German’s most beautiful medieval towns.. The structure consist of a steel frame of 12-inch girders achored into the bedrock of the mountain ridge. The four columns in the four corners extend up to the second level and are made of reinforced concrete. A system of cross-girder braces adds strength to the shaft and cross-beams support the floors. 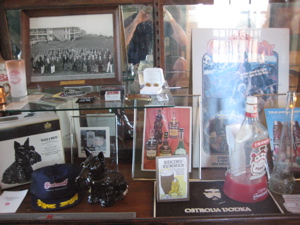 Wait – Gilbert Heublein? Where have you heard that name before? Oh I don’t know… maybe Heublein was co-founder of G.F. Heublein and Bros., which later became Heublein Inc., an international food and beverage importing firm? Heublein’s company history is impossible to follow, but they have been responsible/owner/creator of things like Grey Poupon, Smirnov Vodka, A-1 Steak Sauce, Brass Monkey, Kentucky Fried Chicken, on and on and on. From what I gather, they were bought by RJR Reynolds (which became RJR Nabisco) and then at some point was bought by someone else, and then by Diageo brand and… you know what? CTMQ isn’t about corporate mergers and takeovers, it’s about history, darnit, so let’s get to it.

After our very quick hike up from Reservoir 6 to the southeast, Hoang and Damian rested outside while I toured the museum. Entering through the gift shop at the bottom, there are about 5 floors of stairs to take to the beautiful lookout room at the top. Along the way, various displays are set up; a sort of natural history display mixed in with Heublein company history as well as the history of the tower itself. I’ve lifted much of the following from (a now long gone) Leonard Felson article on the tower. 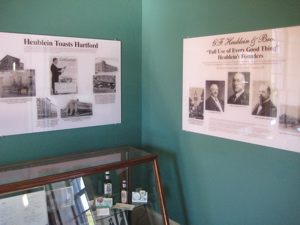 “Someday Louise, I’m going to build you a castle on this mountain.” Gilbert Heublein announced that promise to his fiancée, Louise Gundlach, on a day in 1875 as the couple hiked up Talcott Mountain, a spot they relished visiting whenever they could get away. Like Gilbert, Louise was from a prominent German-American family whose members lived in Hartford, so when the two got married later that year, it seemed a natural match.

Gilbert kept his promise to Louise, though he was 65 years old by that time. Still, in 1912, construction began on what would become known as Heublein Tower at a cost of $250,000 and two years time. When the “castle” was finally completed, just as World War I erupted, it became Gilbert and Louise’s summer retreat, though it was built as a four-season home. 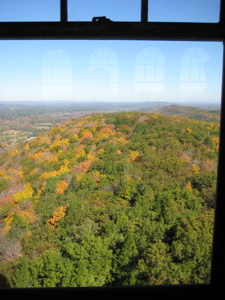 Besides the first floor living room and writing room, each of three additional floors contained a bedroom. A fifth floor featured a room where men would smoke cigars, and the sixth and top floor included a ballroom with the best views around. A cupola on top of the tower capped the structure until it was weakened by the hurricane in 1938 and eventually disappeared sometime during World War II. A new one was installed in 1998 as part of a $600,000 restoration project funded by the state of Connecticut and the Friends of Heublein Tower, Inc., a non-profit corporation dedicated to the restoration of the building and its surrounding grounds. Gilbert’s was not the only tower or castle built at the time on Talcott Mountain or in Connecticut. Gilbert had become friends with the actor William Gillette, who built his famous castle that same year in Lyme. 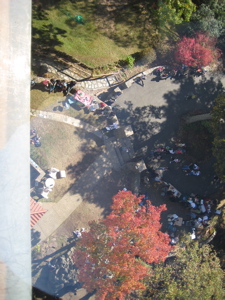 To get to the top observation floor, one of the first Otis elevators for private residences was installed and because it was the Victorian era, Gilbert and Louise had separate bedrooms. Each bedroom had a private bathroom and fireplace, even though the house was equipped with radiator heat. Maids would turn down the beds every afternoon around 4:30, and pots of hot chocolate were put beside guests’ beds to warm them at night. 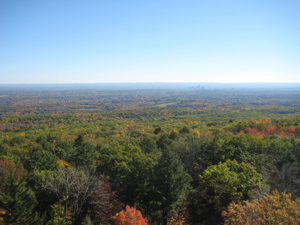 By the early 1920s, in need of more room, an annex house was built next to the tower. It included a dining room that seated 12, oak paneling, a soapstone fireplace mantle, and an upright china cabinet. Additional bedrooms, a larger kitchen, a maid’s dining room and servants’ quarters were also added. Such was life on top of the mountain until March 31, 1937, when Gilbert died at the age of 88. 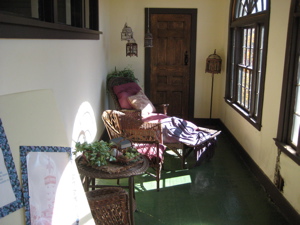 Later, owing some back taxes, Heublein’s son sold the tower to The Hartford Times, then Connecticut’s leading newspaper. Heublein Tower became known as the Times Tower, and the spot transformed from a retreat to a place for grand parties and meetings. Jane Wyman and Ronald Reagan, then head of the Screen Actor’s Guild, all dined and visited the tower as guests of the newspaper and its publisher Francis S. Murphy. So did architect Frank Lloyd Wright and General Omar Bradley.

At one event in the early 1950s, the tower was packed shoulder to shoulder with guests to meet World War II General Dwight D. Eisenhower, who was then president of Columbia University. It was that day at the tower that a group of leading Republican politicians pressured Eisenhower into running for president in 1952. The general agreed and made his announcement from one of the tower’s wood and leather chairs. 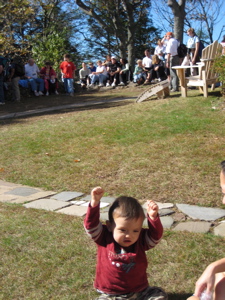 The building was sold again in 1960 to private developers who wanted to convert it into a 75-seat restaurant along with apartments and houses along the ridge to be called Times Tower Estates. But thankfully, residents fought the project and in 1966 the state legislature approved a plan to purchase the land and buildings from the developer. It sat idle until 1973 when the state mounted a huge renovation project. 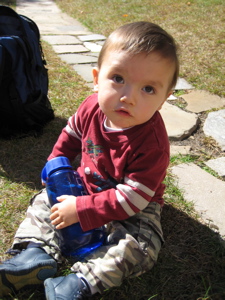 Today, visitors can not drive to the tower at all; they must hike. But as I mentioned, it’s totally worth it. The 1,000-foot high promontory provides a splendid view of the Connecticut landscape. On the horizon, Mount Monadnock, eighty miles away in New Hampshire, is discernible. To the northwest, the Berkshires dominate the horizon. Long Island Sound is revealed as a thin blur streak to the south. Those with sharp vision can see an area estimated to be 1,200 square miles.

The trails are always open. The tower is not, so be sure to double check its times if you wish to get the full experience. We visited on Family Day Oktoberfest weekend, which happens every year, but all that meant was more crowds to be honest with you. 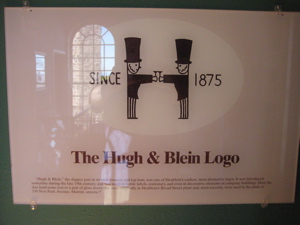