Traditionally, Fair Haven has always been the forgotten polyp that hangs on to New Haven. It’s an island, of sorts, in many ways. Fair Haven is bounded by the Mill and Quinnipiac Rivers that separates it from it’s daddy New Haven and it’s kooky uncle East Haven. Much of the southern end is post-industrial wasteland and it is not considered one of New Haven’s brightest lights. 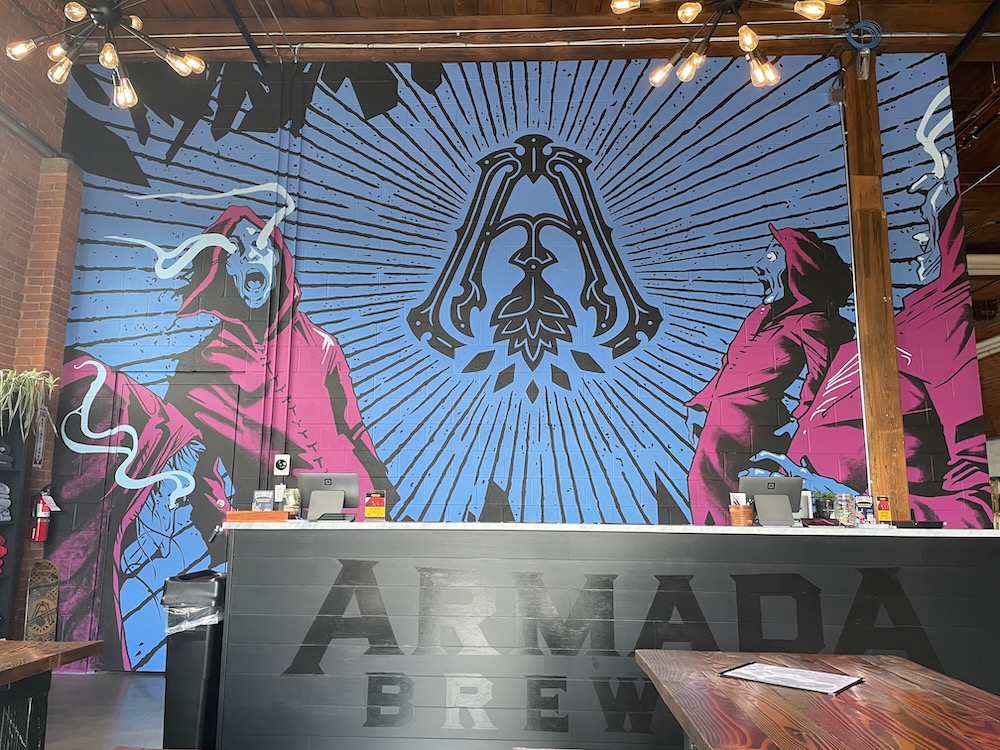 It needs help. I’m not sure a small satellite brewery will be the savior of this place, but some people are saying Armada Brewing on River Street is a linchpin to the revival of this section of town. It feels a world away from the New Haven of the brochures, but Chapel Street runs all the way out to here. You can walk a mile west and pass the Pizza Holy Land and a short while later, the New Haven Green and Yale.

Armada, the brewery owned, helmed, promoted, and personified by John Kraszewski (a.k.a. Johnny Armada) has had an interesting journey. From a back corner in what was Overshores Brewing just a hop, skip, and jump away in East Haven to putting up with all the craziness over there before the whole thing was reorganized into The Beeracks Brewing Collective to opening this outpost in a former boiler factory. 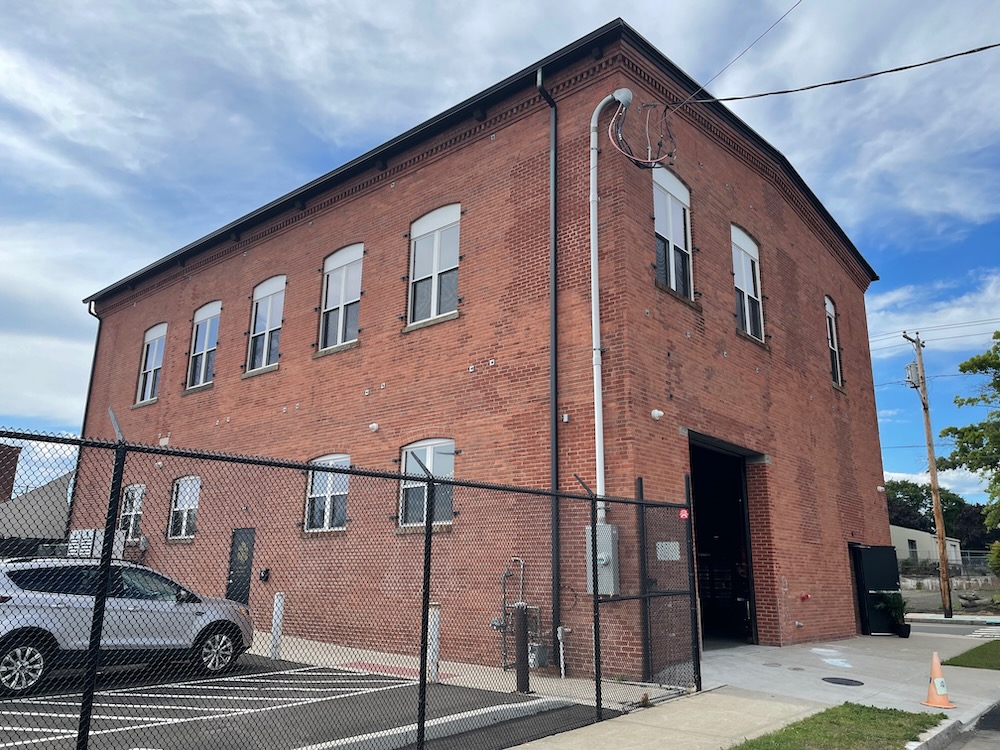 No beer is brewed in this 1800’s brick building yet, but the plan is to do so in 2023. There is space and some equipment appeared to be in place when I visited, as well as a nascent barreling program. Also, Armada is trucking over wort from its original East Haven home and starting to brew mixed fermentation beers on site. In other words, in its early days Armada River Street is a bar that serves nothing but a stellar line-up of Armada beer.

I’m cool with that. (Okay, they have several excellent Athletic Brewing non-alcoholic choices as well as the legendary Foxon Park Soda.) Food? You can get Zuppardi’s pizza here. Whoa, beered brewed at Beeracks in East Haven, served on River Street in Fair Haven, with pizza from West Haven. 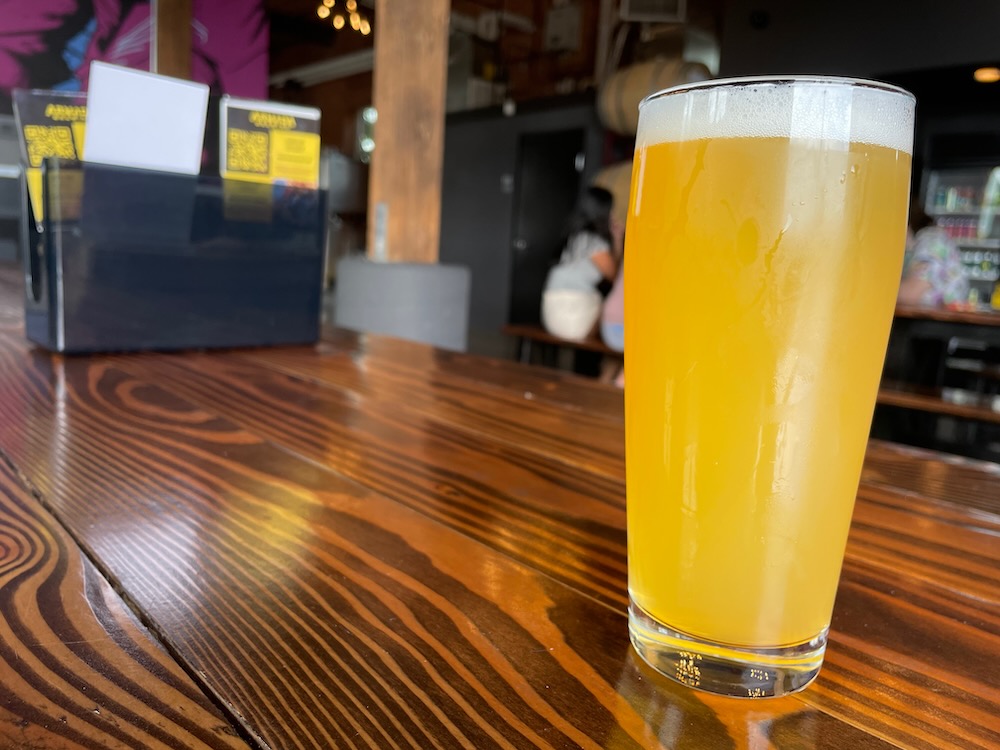 All that’s missing is something from North Haven… Can we talk about town consolidation please? Connecticut is so dumb.

Not dumb? The awesome graphic art of Alexandra Ivanova that lines the interior walls. The focal point, of course, is the massive mural behind the taproom bar – oh wait. Sorry. This is a Johnny Armada creation. It’s not a tap room, shame on me… it’s The Throne Room. 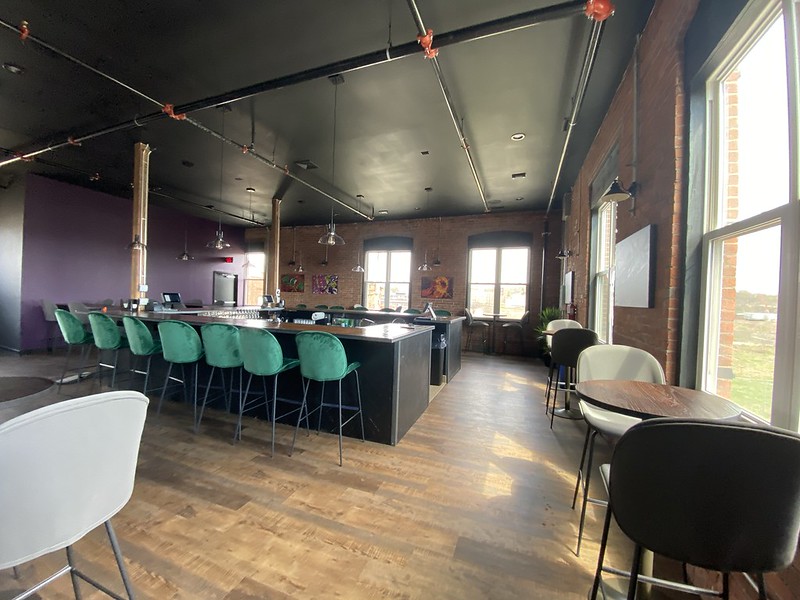 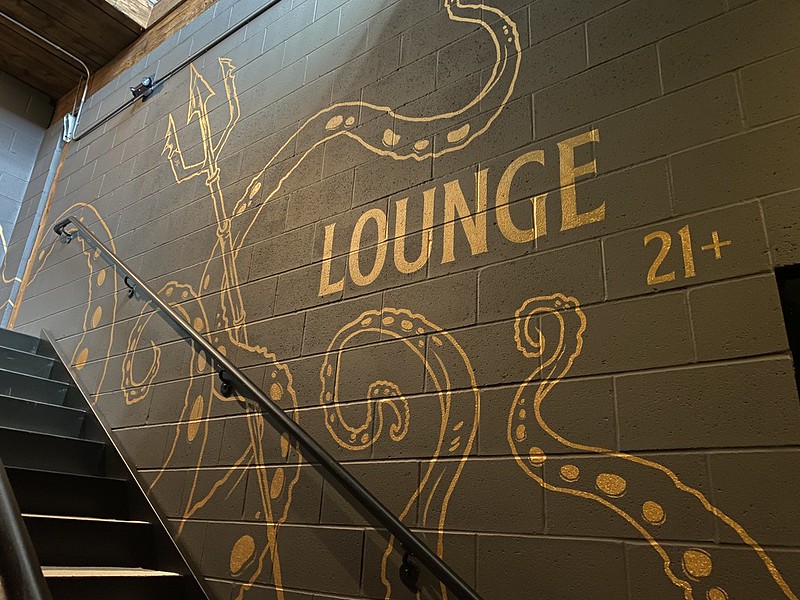 Alongside the back of the building, Armada has done the best it could do in creating a welcoming outdoor space. Its property is bounded by a scrap metal yard and some weeds and some other abandoned buildings, but – what’s that? They call the strip of shaded tables outside “The Castle Grounds?” 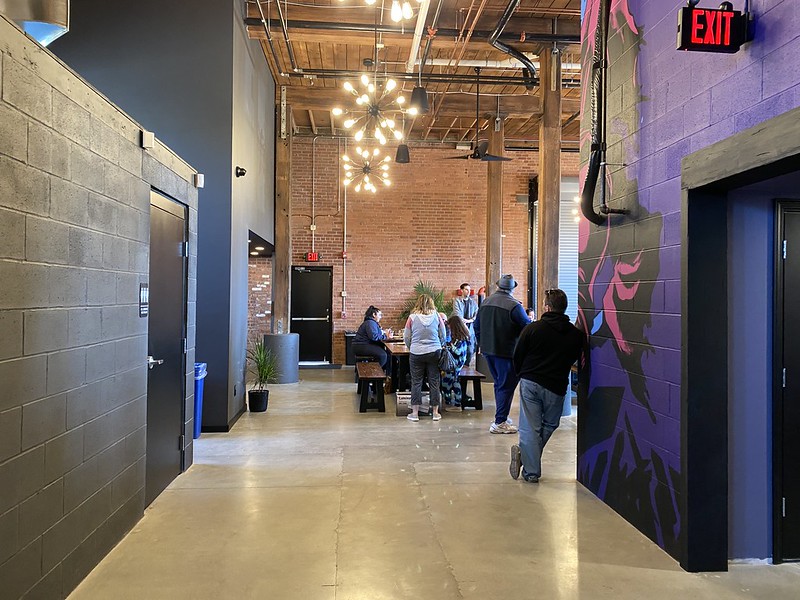 In 2022, the derelict district east and west of Armada is… not pretty. There’s trash and graffiti all around the many abandoned buildings and empty lots. But my man calls his building The Castle. There are plans for a movie studio – a real movie studio – to come to this section of Fair Haven. I know its run into some issues, so I’m not sure it will happen, but I hope it does. It’s riverfront! It could really be a vibrant area with entertainment district and lots of ethnic diversity and cool stuff.

Armada’s beer has always been very good. I very much enjoyed my Neptune’s Dagger Pale Ale, but if you’re into higher ABV IPA variants, Armada has always nailed them as well. Johnny has stuck to his thematic guns when it comes to naming his core beers… Savage Queen, Mermaid’s Cove, Serpent’s Crypt, Passage to the Underworld, etc. And y’know, good. 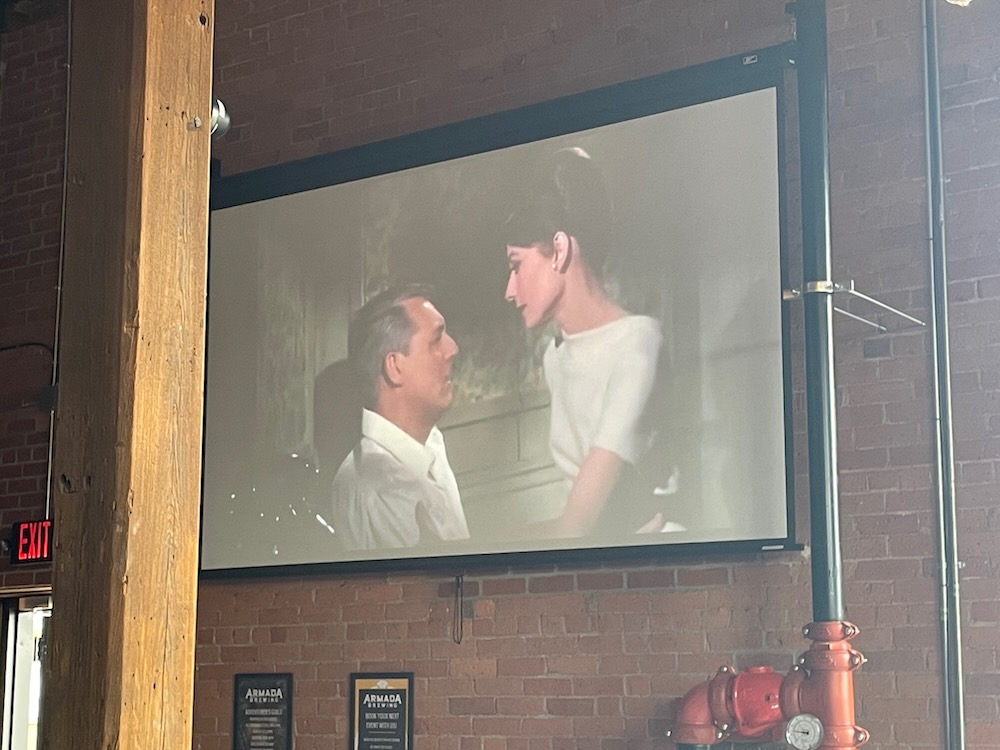 Good strategy in a derelict area: Show “Roman Holiday” with two of the most attractive humans that have walked to earth.

I think he’s always needed a little fantasy. Surviving the death and resurrection of Overshores, building up The Beeracks, and then coming here to a long-forgotten run-down strip of Fair Haven, where the only Daggers are used to rob people and the Cove is filled with garbage, not mermaids.

Can this be successful? Yes. Can it be the start of something more here? Possibly, yes. Why not? As Johnny told The New Haven Independent, “I’d love to see River Street cleaned up and redeveloped with new restaurants and other attractions. People will come here so long as there is something to come here for.”

Amen, brother. I want this to work. 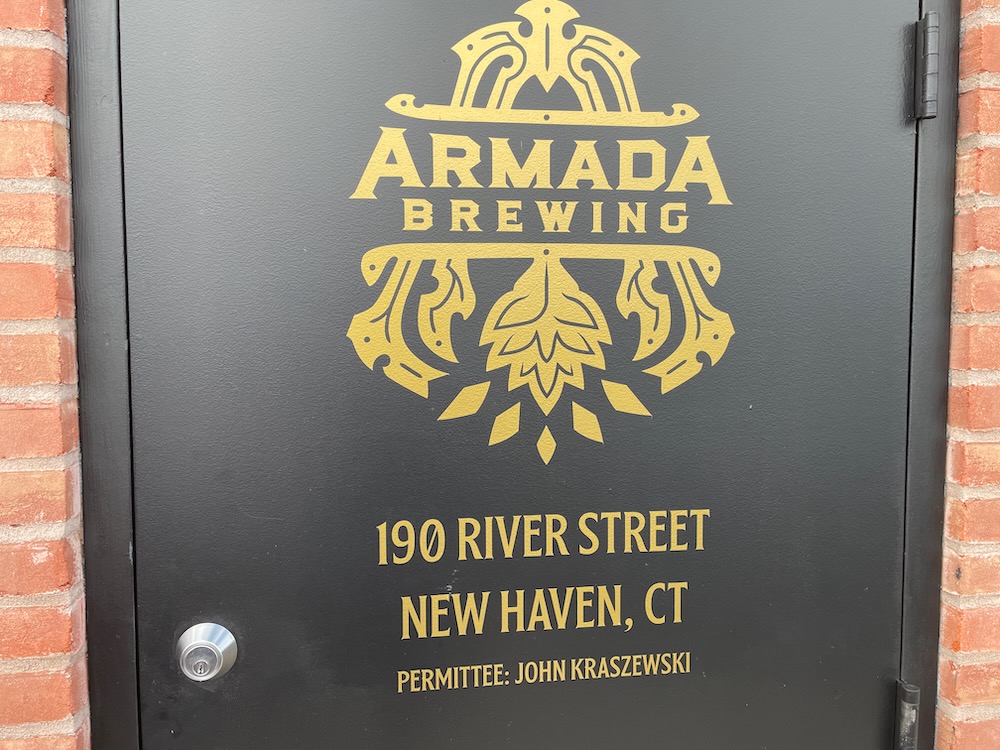