I Give a Hoot About These Places
Canton Land Conservation Trust, Canton & Barkhamsted
August 2021

In case you were unaware, there are some hills in northwest Canton. One of the bigger hills is Ratlum Mountain. There are several hills just to the west of Ratlum: the one where Ski Sundown is located, and the two the Smith Tree Farm Trails summit. (Ratlum Mountain’s summit is private property… you may have seen the fire tower on it from Route 44 East in New Hartford. And I would never (technically, maybe) trespass to check out a tower in Connecticut. Nope… never ever. 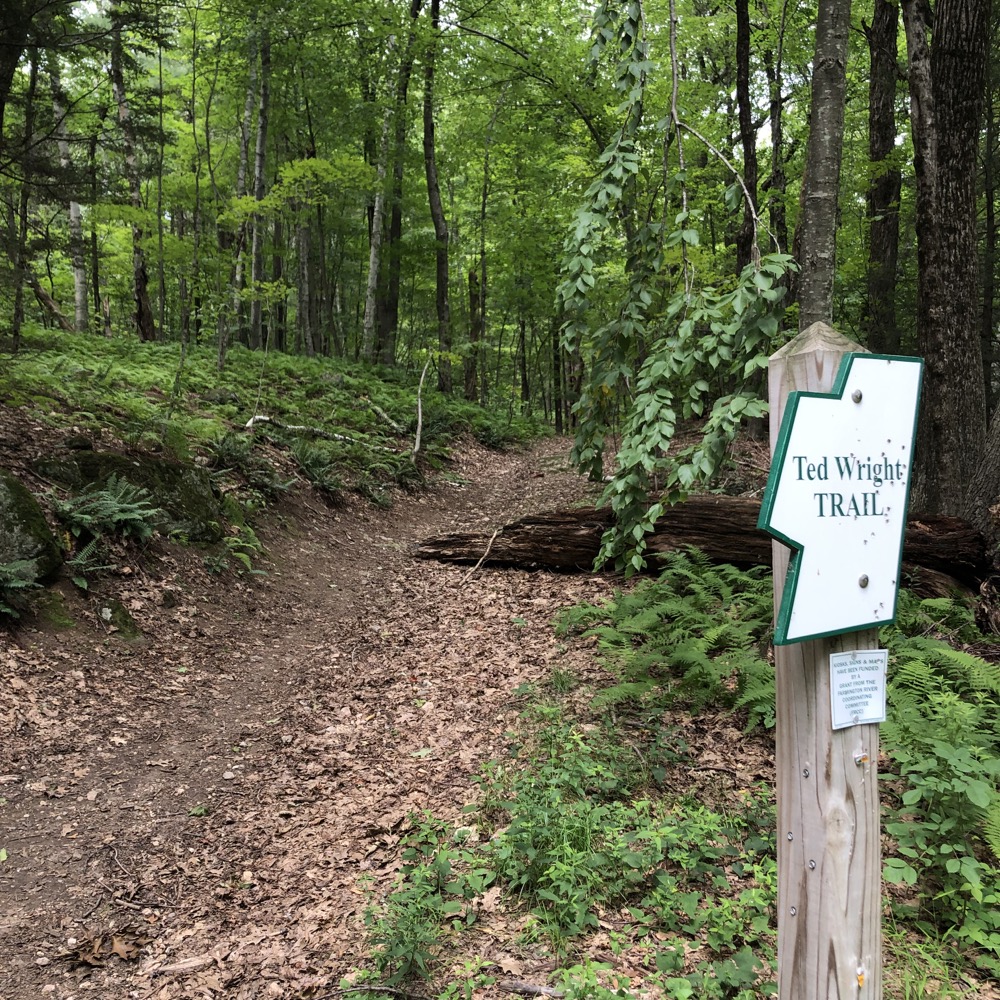 There are two trails in this preserve: The Ted Wright Trail and the Charlotte Craig Trail. You can park at the farmhouse on Doyle Road (the CLCT leases it to a tenant) which is a slightly sketchy dirt road. From here, you can go north (Craig Trail) or south (Ted Wright). You can also park along the unpaved Breezy Hill Road near Capen Cabin and have the whole of the preserve north of you.

Or you could hike up Breezy Hill Road from the Sun, Wind, and Woodlands Trails just a half mile or so down the section of that road which is closed to cars. I parked on Breezy Hill near the cabin. 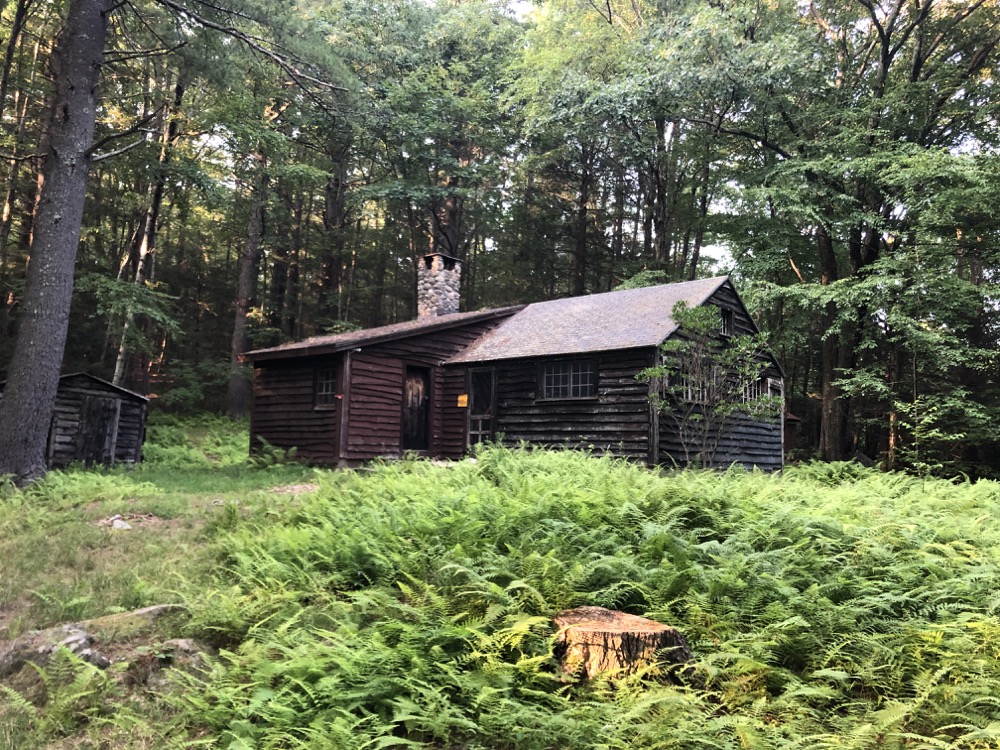 I checked out the cabin first. The Capen Cabin is a rustic cabin, once used as a hunting lodge, that looks and feels as though it’s in the middle of nowhere, but in reality it is a few hundred yards from the road and maybe a quarter of a mile from a house.

Locked up tight when not in use, the cabin has one room about 20′ x 30′ and another room that is approximately 10′ x 10′. There is a small fireplace, wood stove, cold cellar, and an outhouse. There is potable water on the site. The cabin can accommodate 12 people sleeping on the floor. It looked decently furnished through the windows. I believe you can reserve it through the CLCT. 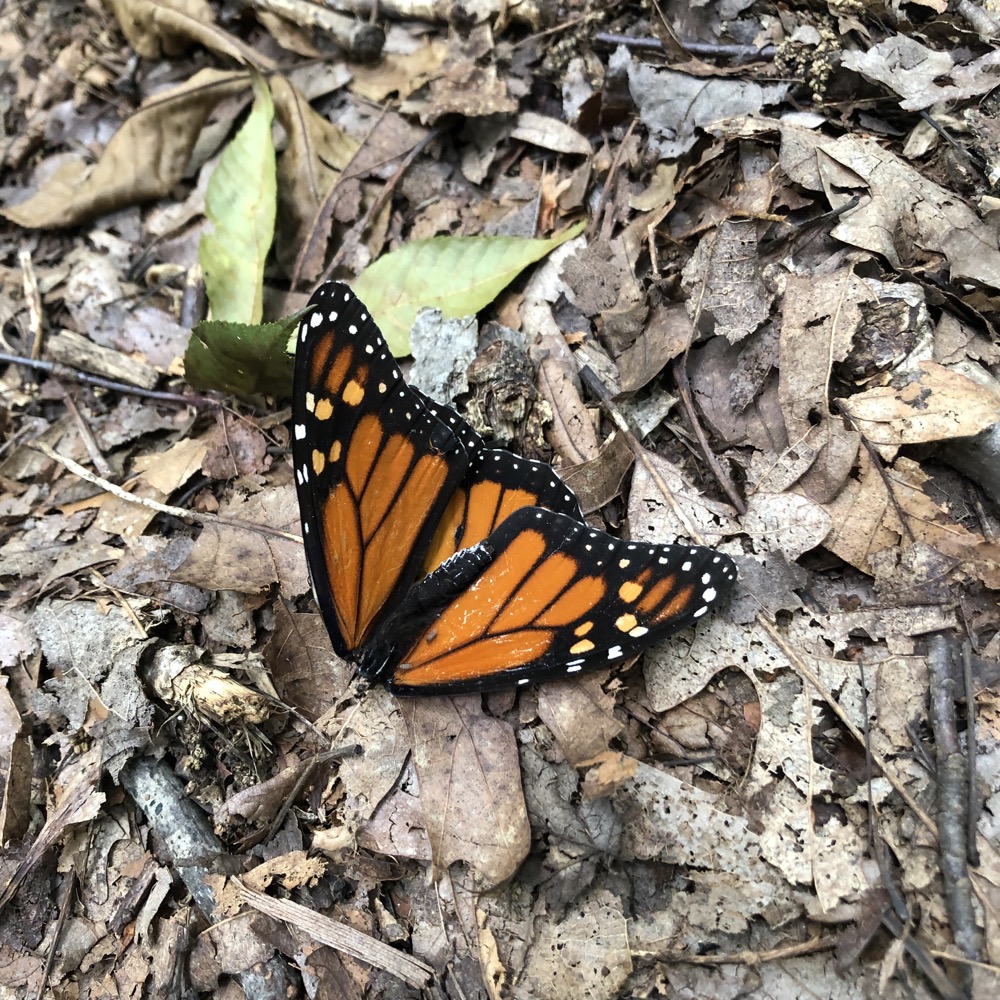 The Ted Wright trail is one of the longest trails in the CLCT network. And unless you have a car spot, it will also require one of the steeper climbs in Hartford County – the north face of whatever hill this property contains.

Heading north from Breezy Hill Road, it begins pleasantly enough along an old woods road before veering west. It was here I got my first taste of the landowner urging people to stay off Ratlum Mountain proper. Fair enough, for as I’ve said, I would never let my curiosity about that tower I’ve been looking up at for years get the best of me. 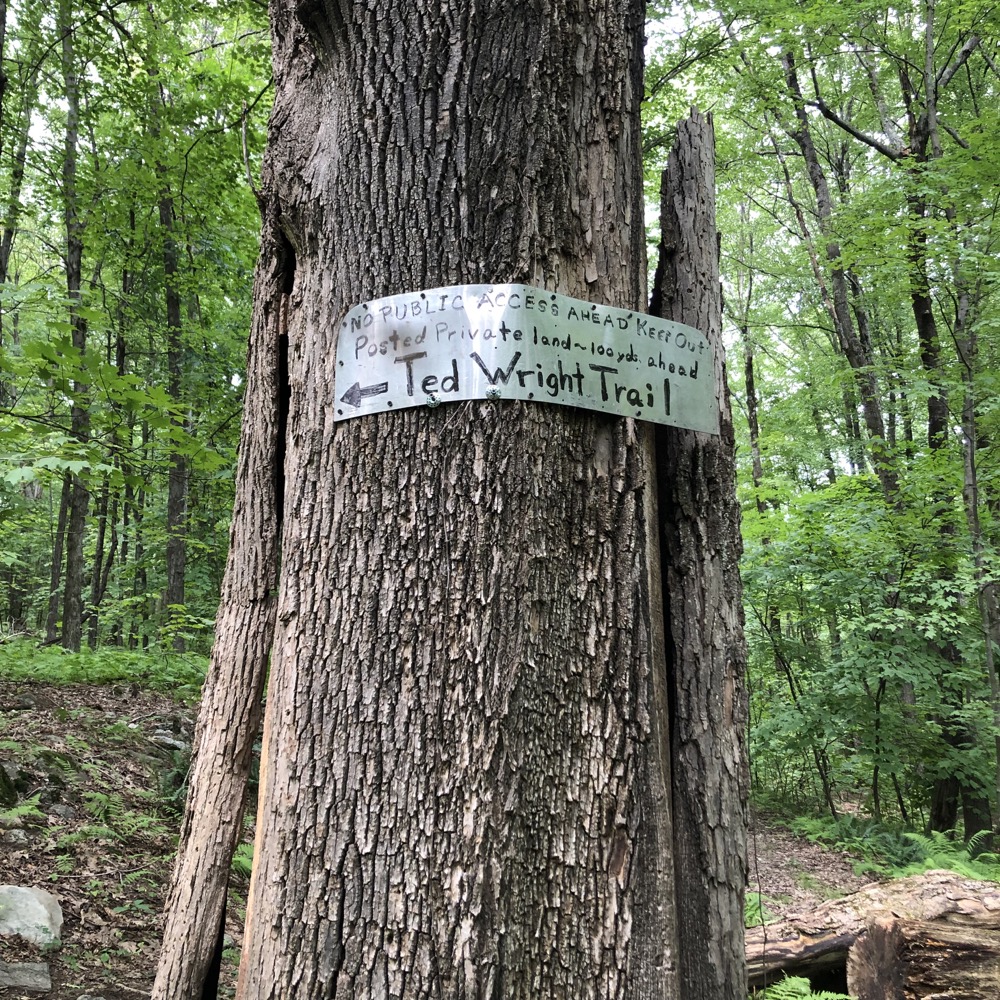 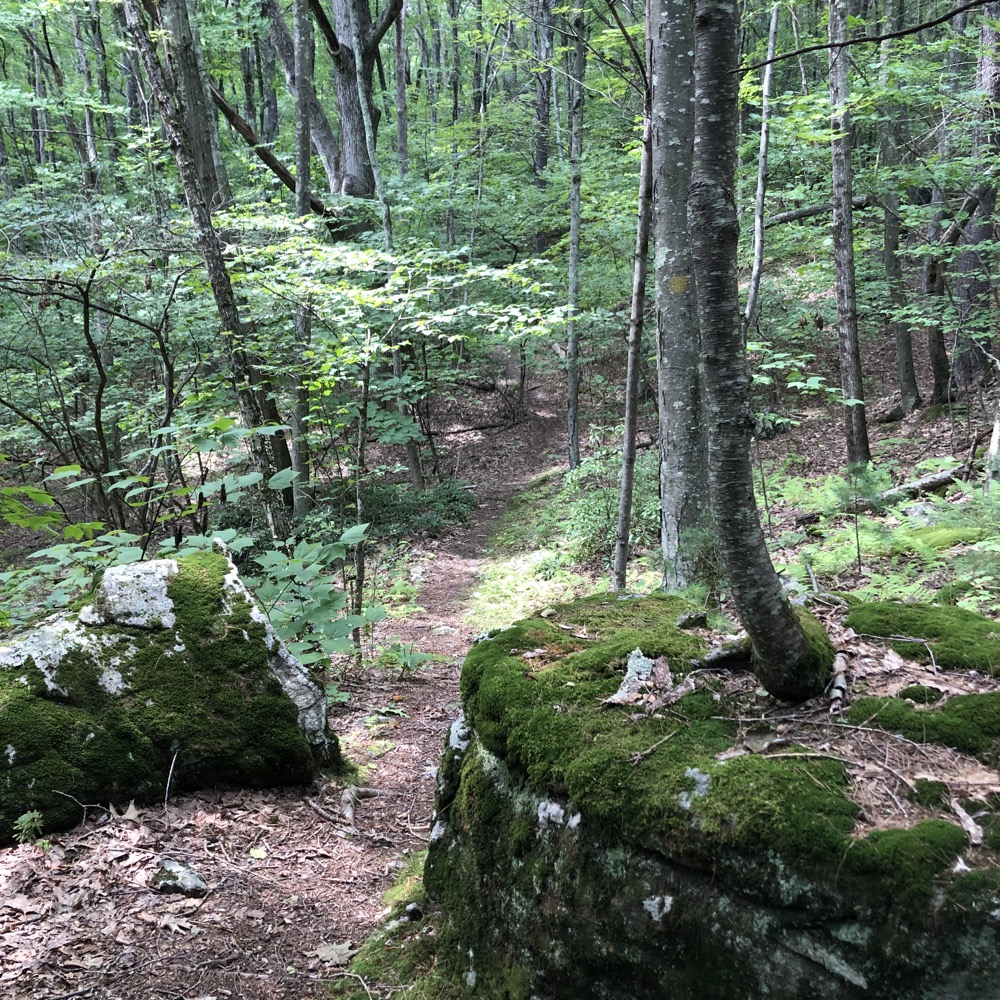 The trail across the ridgeline is quite nice and remote. Mossy, dark, quiet… it’s funny to think Ski Sundown is “just down over there.” More or less. I crossed another woods road and began walking it towards Ratlum Mountain. There were fewer No Trespassing signs here. Nearly few enough to almost completely miss.

Especially if one was looking up in a tree at an unafraid barred owl, perched on a branch maybe twenty feet above the ground. 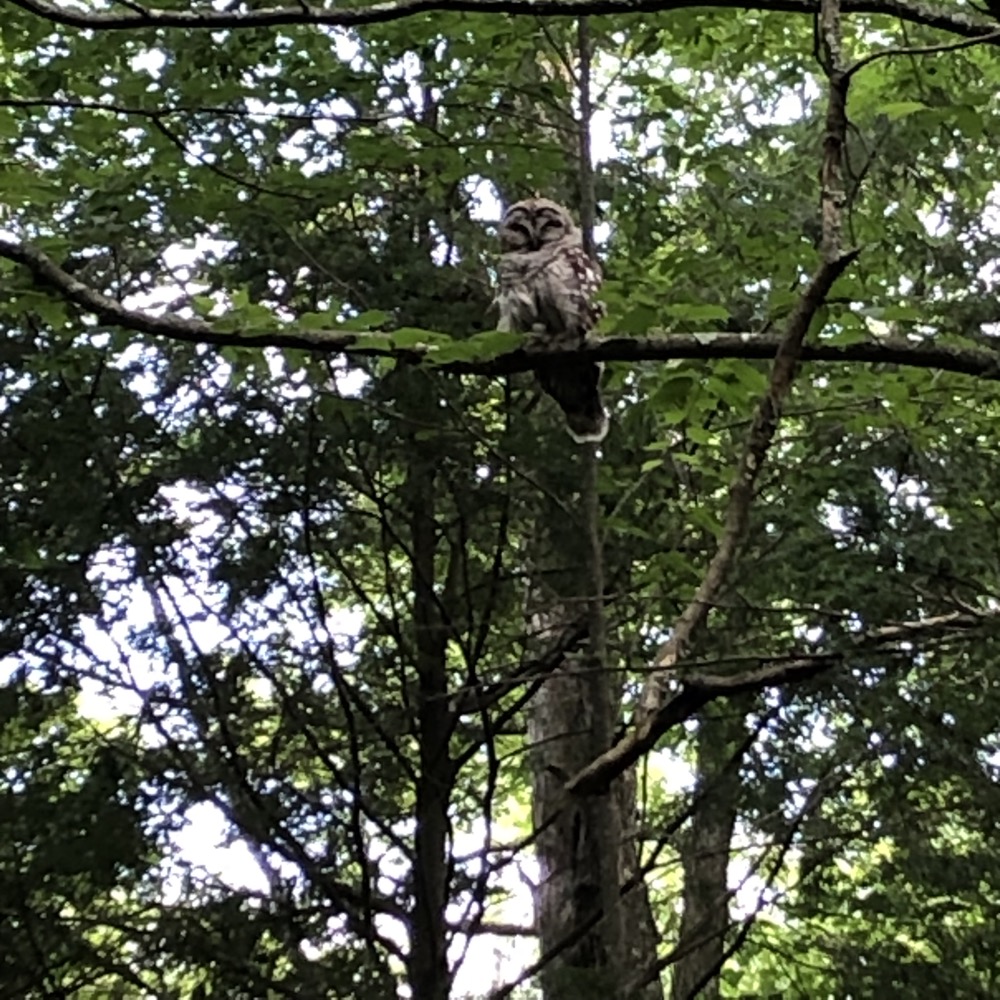 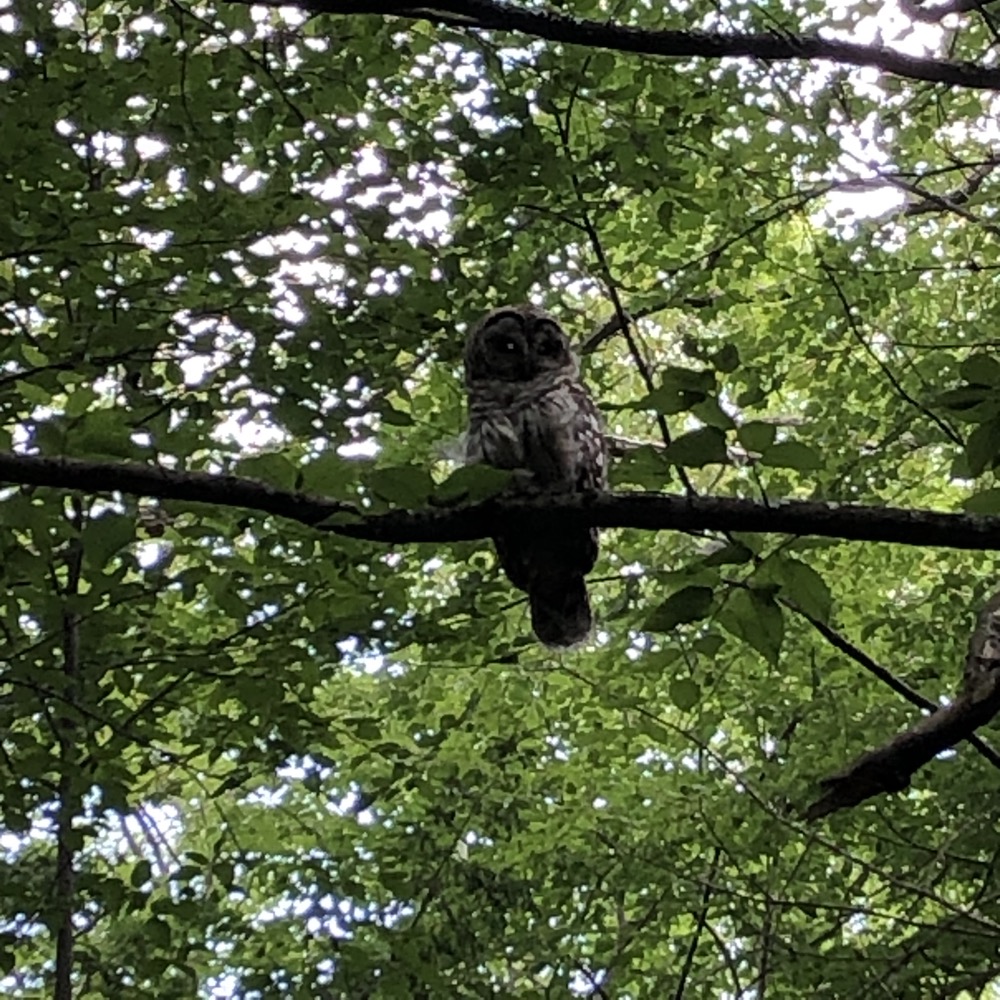 I had the thought that the owl was guarding the private property, so I returned to the trail and continued north. I came to the viewpoint west, which is pretty decent. The CLCT clearly has cleared trees to improve the view, which is a practice I’m generally fine with. Especially out here in a place like this. 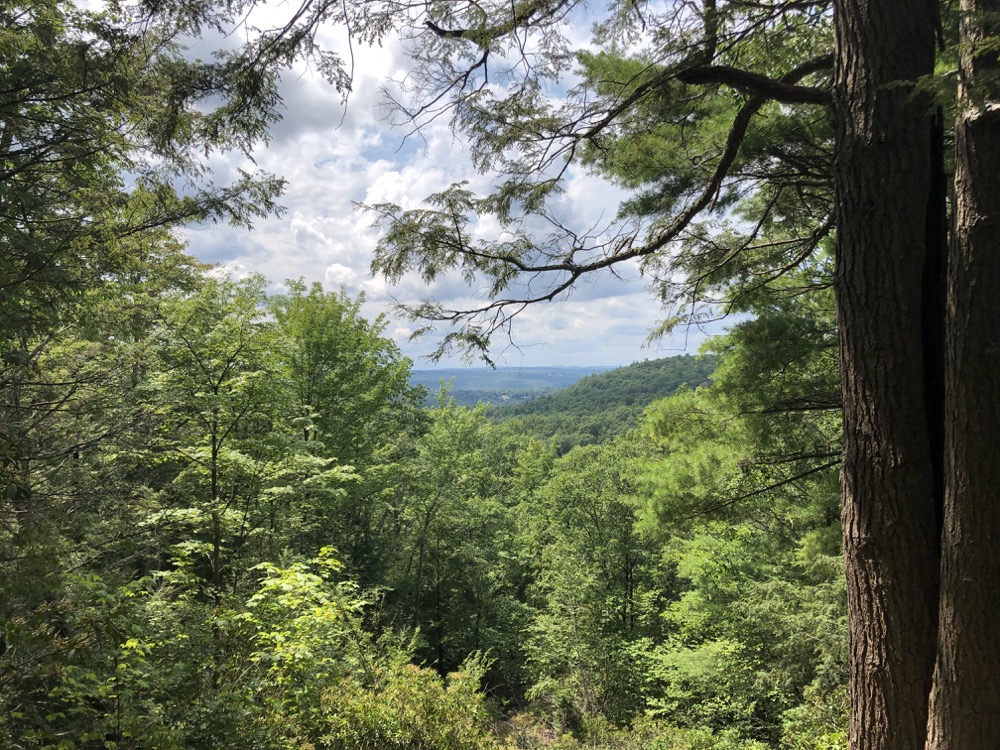 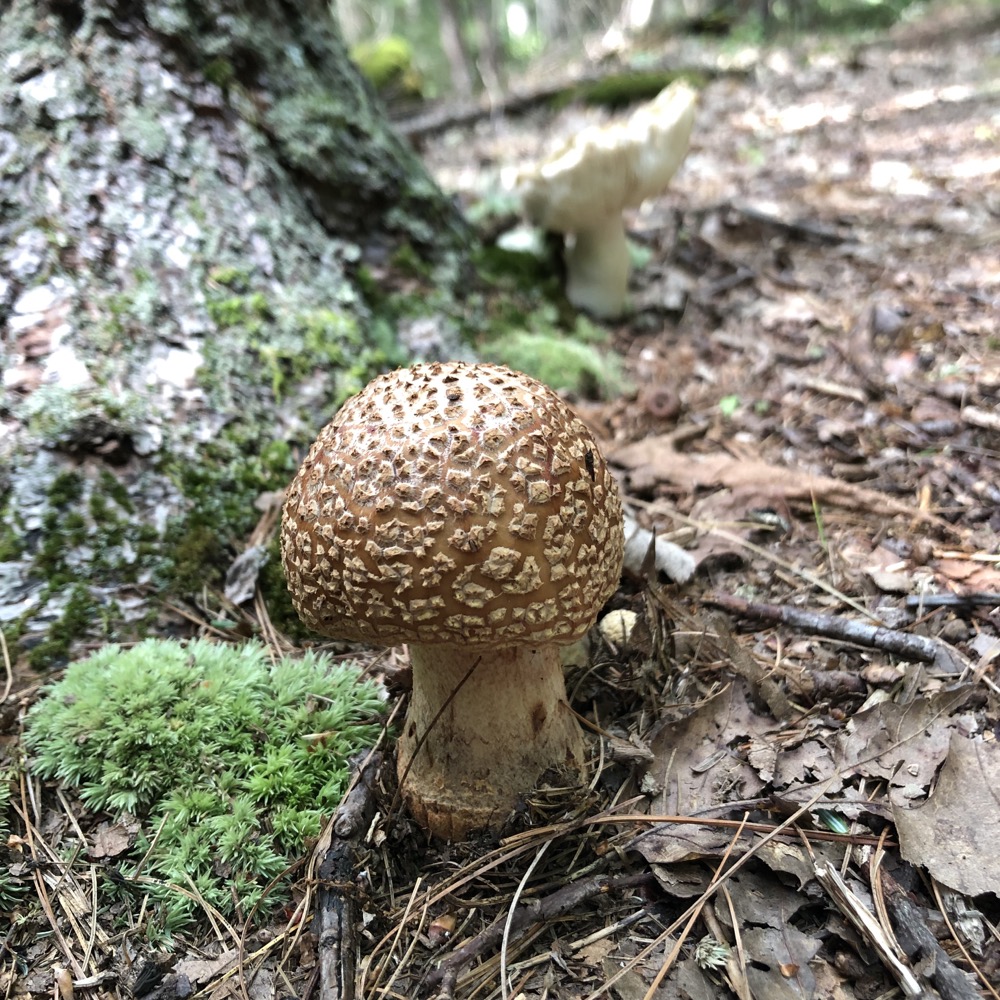 After a one minute break, I began the descent to Doyle Road. The CLCT has shown me before that while they are capable of building switchbacks into their trails, it’s not their forte. This is a very steep descent – even with a a few switchbacks – and with each step I was reminded I’d be climbing back up this hill on my way back to my car.

Once down in the valley, the trail takes on a completely different feel long Ratlum Brook. Tall pines and hemlocks guard the pristine (looking) brook and ushered hikers out to the rugged road. This is a beautiful area and we’re fortunate it was donated to an organization like the Canton Land Conservation Trust. In fact, this was the first major land holding of the organization. 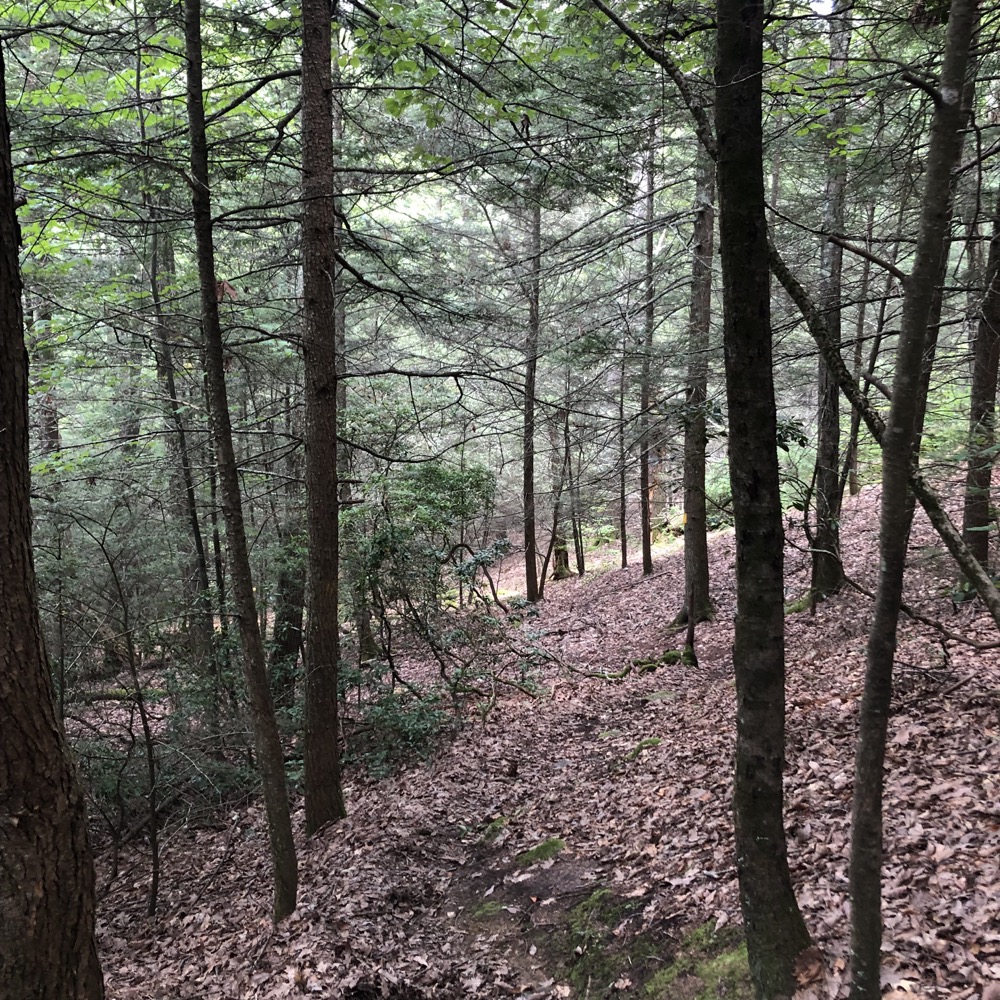 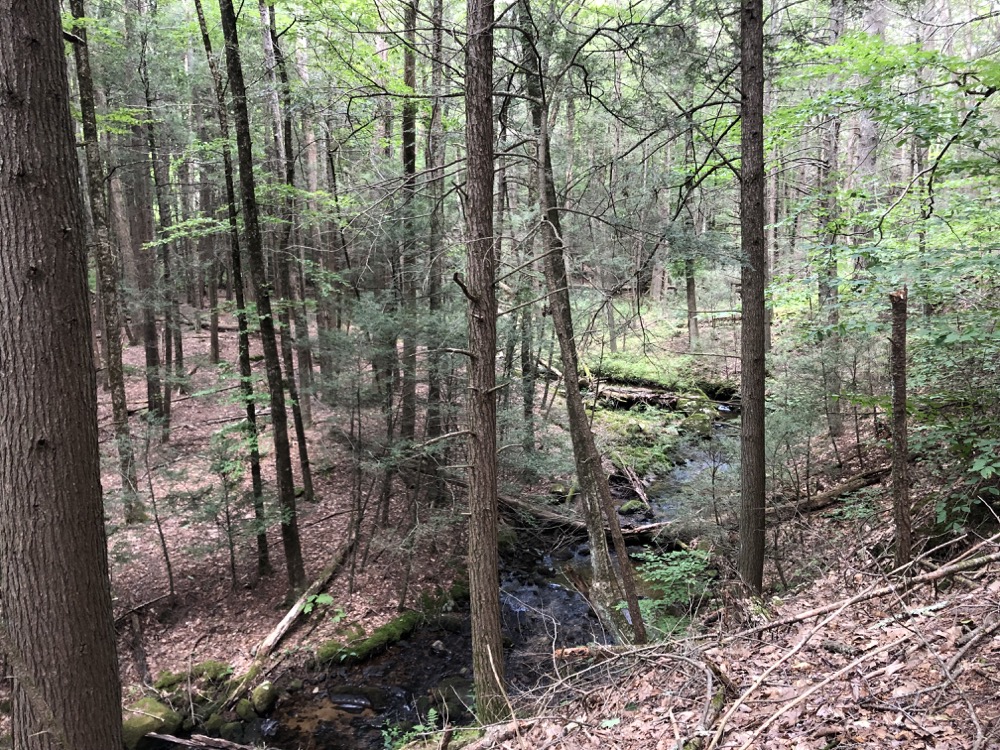 In 1975 Dr. Wilson Smith gave to the CLCT a parcel of over 64 acres in the northwestern corner of Canton and southern Barkhamsted where the towns of Canton, New Hartford and Barkhamsted meet. The area of the preserve was later augmented with grants and boundary agreements from neighbors – this area near Doyle Road includes easements through private property by the way.

Once I was on Doyle Road heading east, I followed it about a quarter mile to the other parking area at the farmhouse. The house itself was donated to the CLCT in 1989 by Hannah Smith, who was probably Dr. Smith’s wife? I guess? 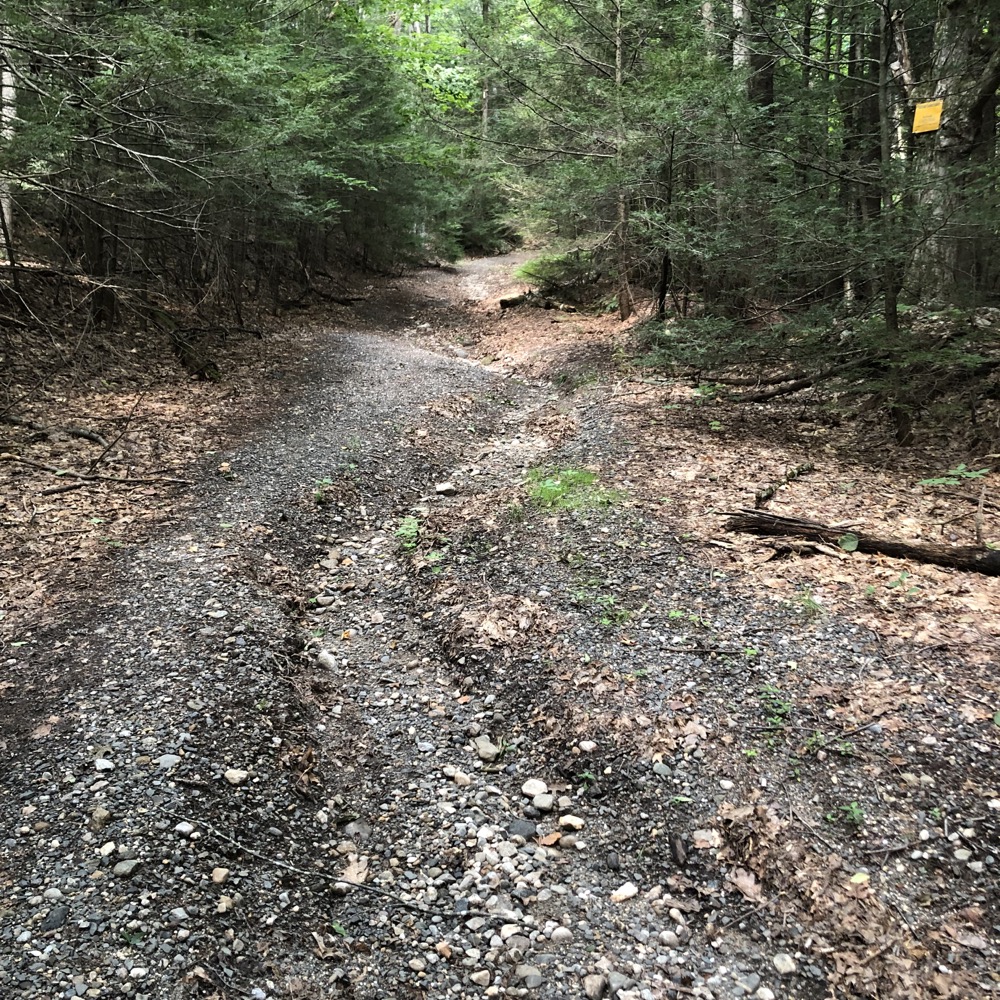 Dr. Smith had devoted a portion of his property to raising Christmas trees, and the CLCT has assumed management of and continues that operation to this day. Approximately five acres remain under cultivation as a Christmas tree plantation. A tree sale is held each year which provides funds for the land trust. Replanting takes place by CLCT volunteers in the spring and field maintenance is performed throughout the summer.

What a wonderful family these Smiths were. I walked up the driveway and began next trail. 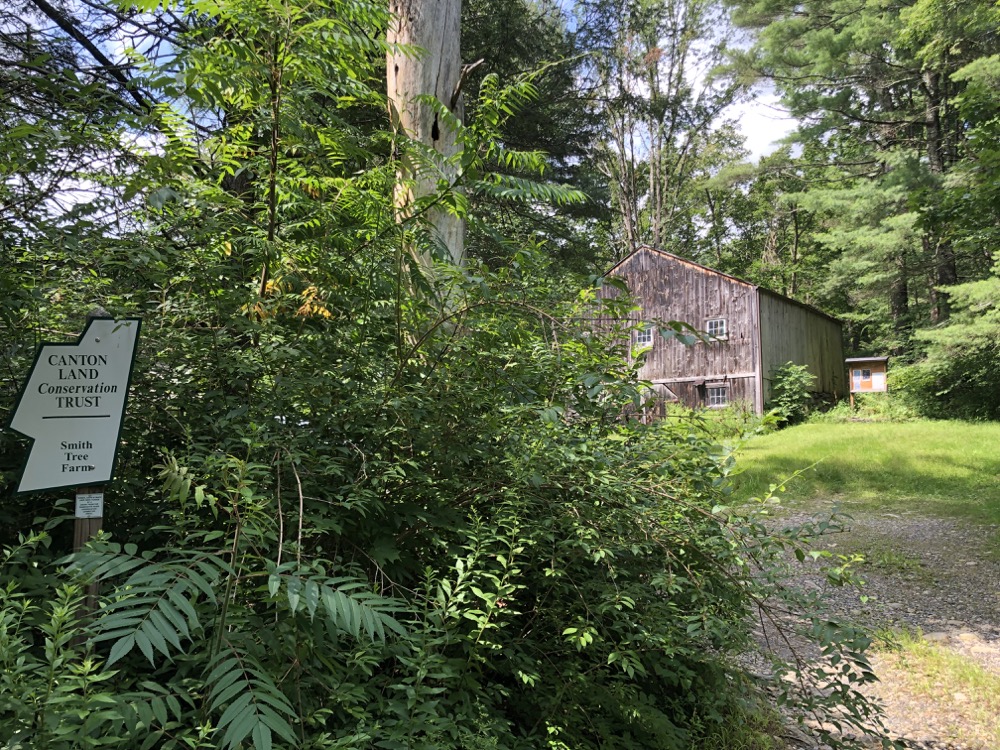 The trail was named, unsurprisingly, after Charlotte Craig who donated the first piece of property to the land trust in 1973. The lollipop loop trail begins and ends in Canton, but is mostly in Barkhamsted.

Behind the farmhouse, I ambled uphill through a fairly unkempt field with little Christmas trees. Pro-tip: Look for the trail split off to the right near the top of the field and take that route! Hiking this hill counter-clockwise is probably half as hard as doing it clockwise and the split is easy to miss, at least when the grass is long. 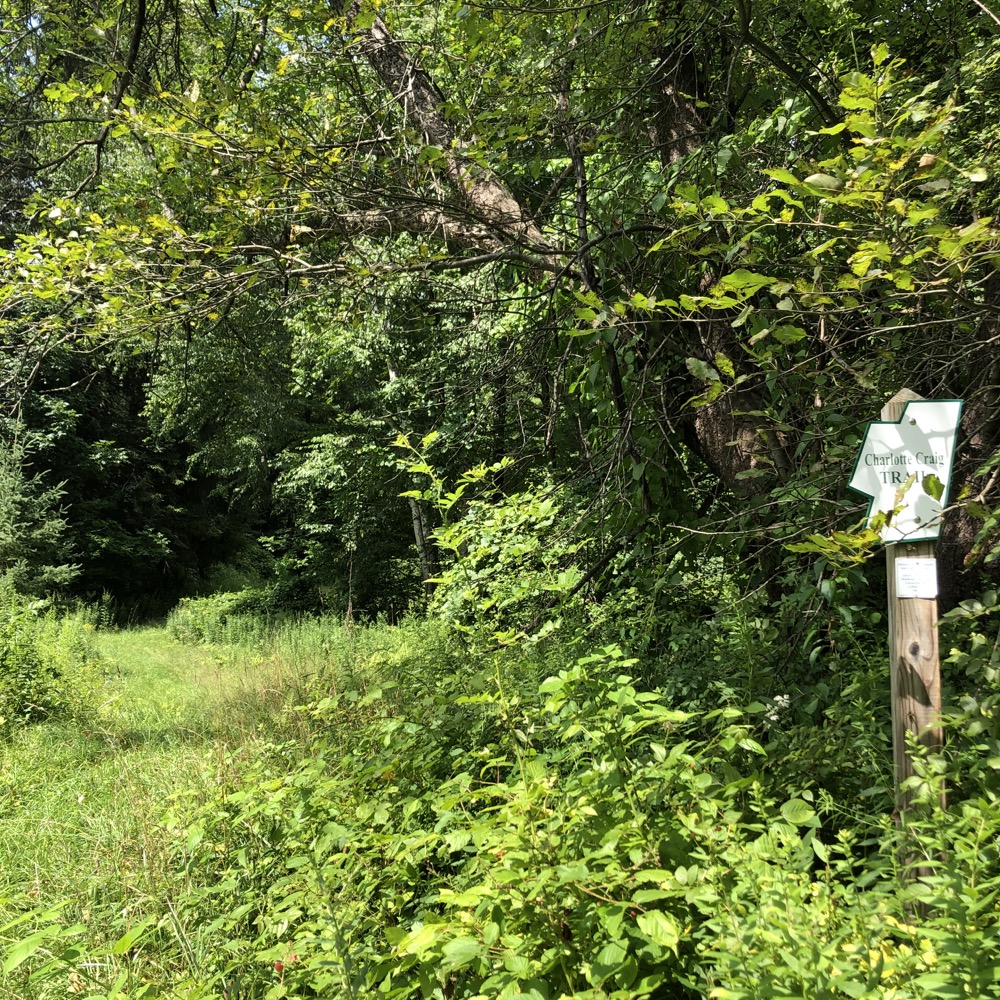 I had no such warning and continued straight through the back of the field and into the woods.

And straight up the hill. Holy cow, man, I’m getting old. I was feeling it as I trudged up to the viewpoint – which is essentially the same exact viewshed as the previous outlook. Ugh, I hate facing my own mortality. For real.

I would be turning 49 a few months after this short little steep hill and I felt all 49 of those years in my legs and my chest. Blergh. I need to get in better shape. 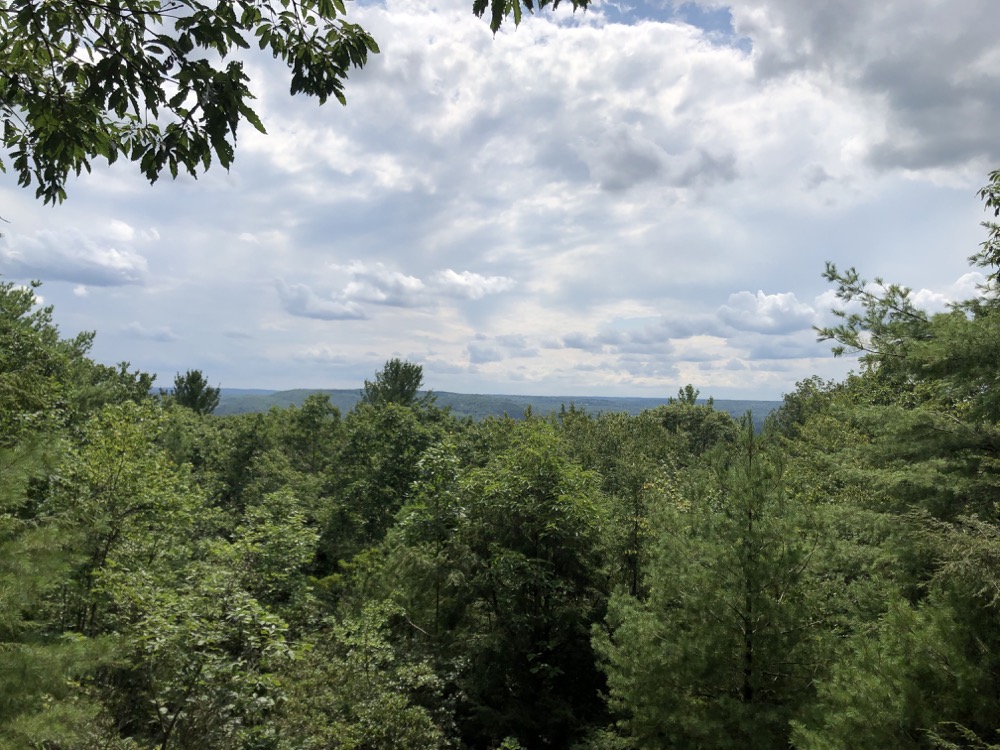 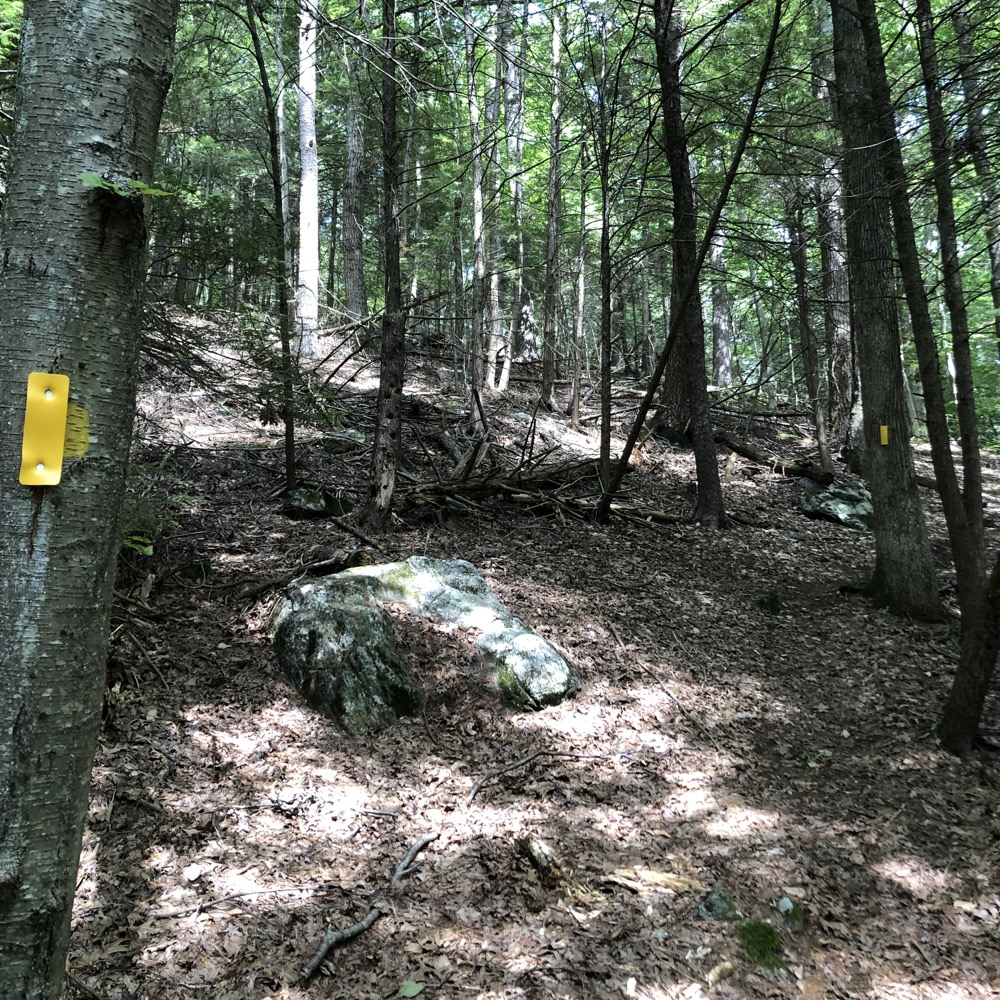 After beating myself up for a few minutes, I reached the top of the hill and began the much gentler descent back to the farm and farmhouse. I had physically recovered quickly, but once I was back on Doyle Road, it occurred to me I would be climbing back up to the Ted Wright Trail viewpoint in short order. Double blergh.

There were options though. Some of the woods roads are mapped, and these roads do not ascend steep hills. But they are also private and signed as such. I walked up Doyle Road the wrong way scouting the area, but never really saw any other viable options to return south to my car. (Okay, yes, I was looking for a route to the fire tower more than anything else. If there was just a clear way up to it without a dozen signs telling me not to do it, I could feasibly tell the arresting officer I was totally ignorant and innocent.)

I wound up back down Doyle Road and on the blazed and legal Ted Wright Trail. Along Ratlum Brook, up the gentle part, up the steep part, and hey! When you’re slowly climbing, you notice things you miss bounding downhill. Things like purple mushrooms! 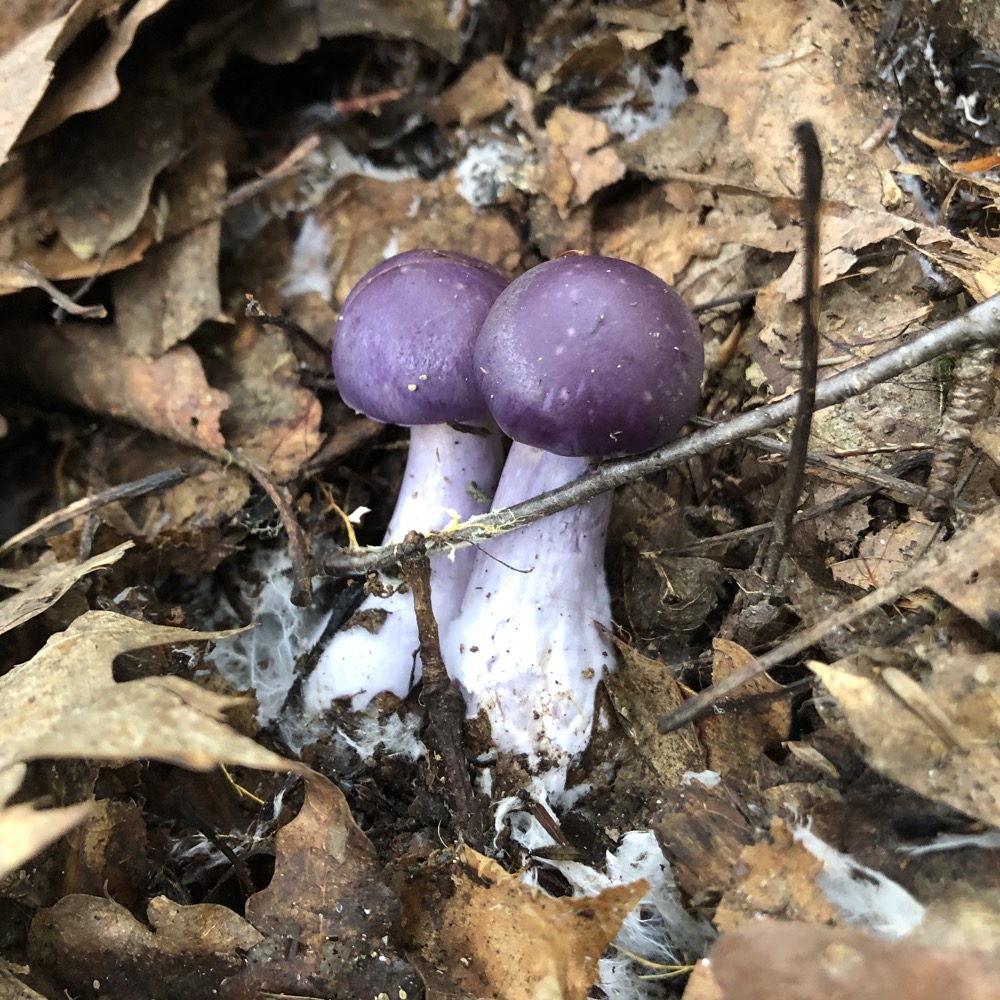 I had never seen purple mushrooms before. Neato… continued up the steep part, past the viewpoint, though the cool mossy and rocky areas, back across the woods road, and hey! The owl was still there! He had changed trees and didn’t allow me to get as close this time. Perhaps I looked more threatening now that I had climbed two steep hills.

He silently took flight through the thick woods and I marveled at how evolution guided these large, thick birds to be able to glide so quietly through trees. Just beautiful… back to the forest road with the no trespassing signs that led to my car and… hey! if I “accidentally” cut across to the road north of those signs I could “accidentally” get turned the wrong way and “accidentally” find myself on the way to the Ratlum Mountain tower.

But I would never do that… 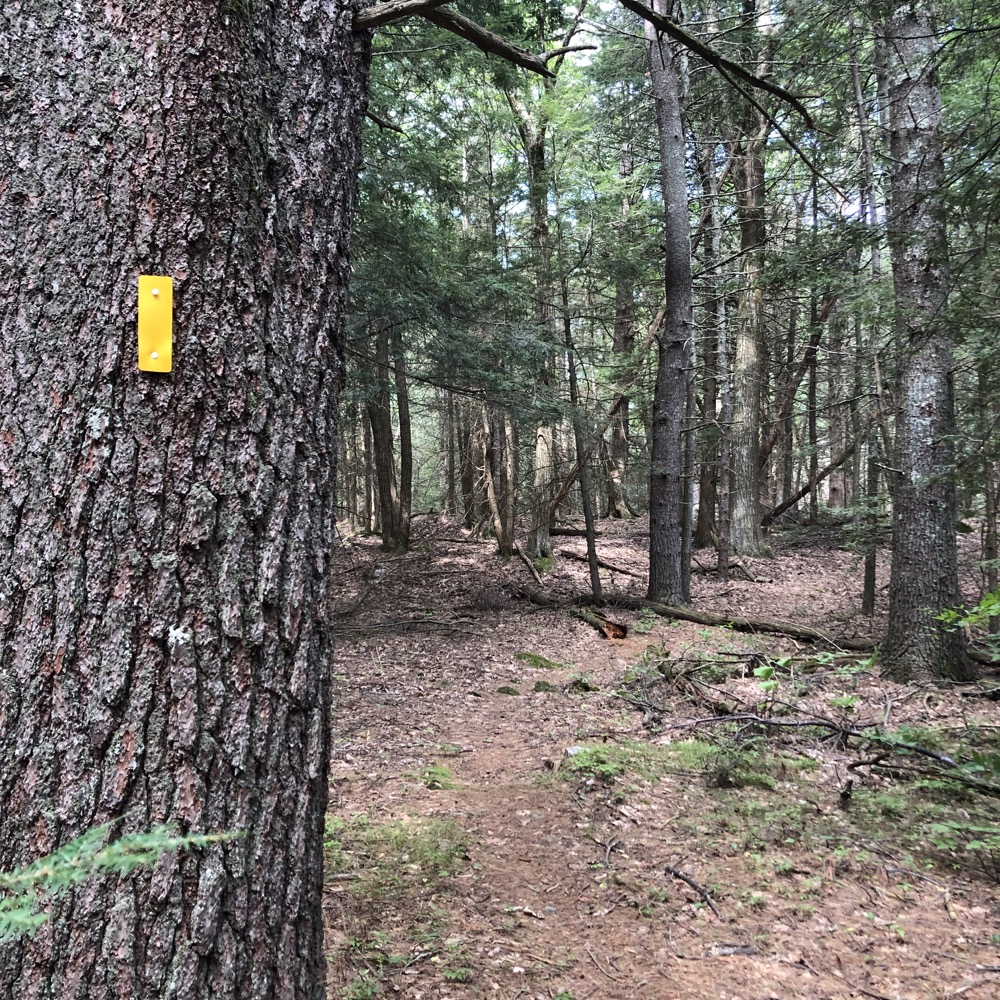 This is a rugged and beautiful duo of trails that complement the series of CLCT trails in this western and northern section of Canton. The Tunxis Trail, almost strangely, parallels these preserves down below Ski Sundown and nearer the massive Barkhamsted Reservoir. The Smith Tree Farm Trails completed my hikes of CLCT properties and all of the trails in Canton.

I leave the town’s woods as a huge fan of them. Even the private property sections that may or may not lead up to the Ratlum Mountain fire tower. 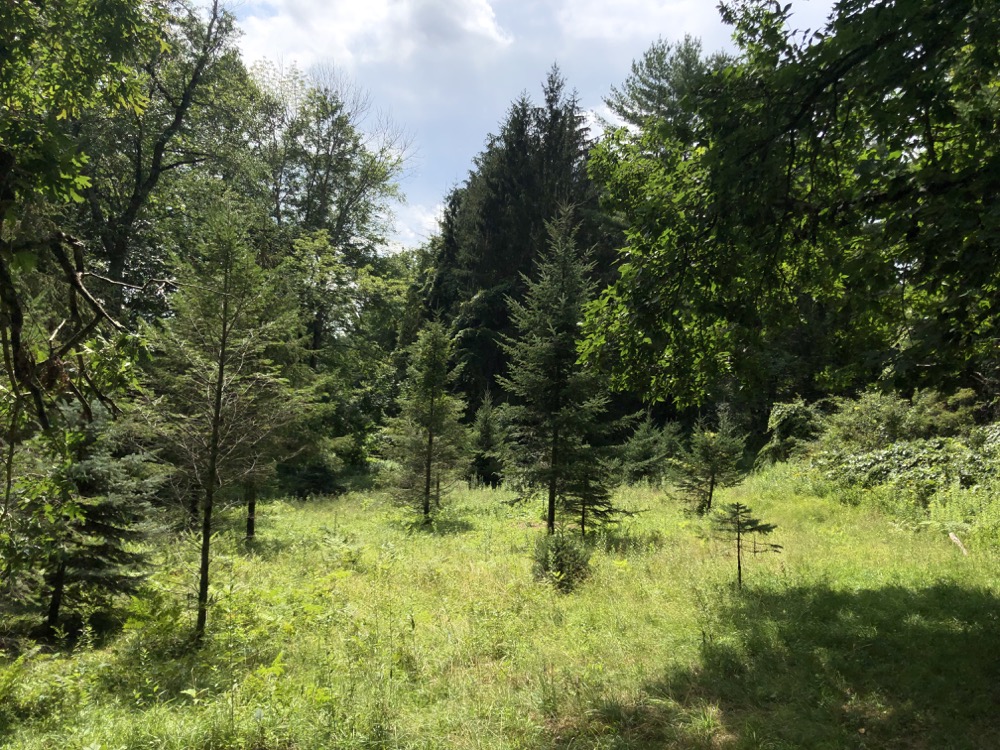