Some pictures are from a 2013 revisit.

What would compel me to get Hoang and Damian up and out the door early on a Saturday morning to drive all the way down to Guilford for what would amount to a 10 minute visitation? As you can see, that something would be a bunch of neon colored turkeys. 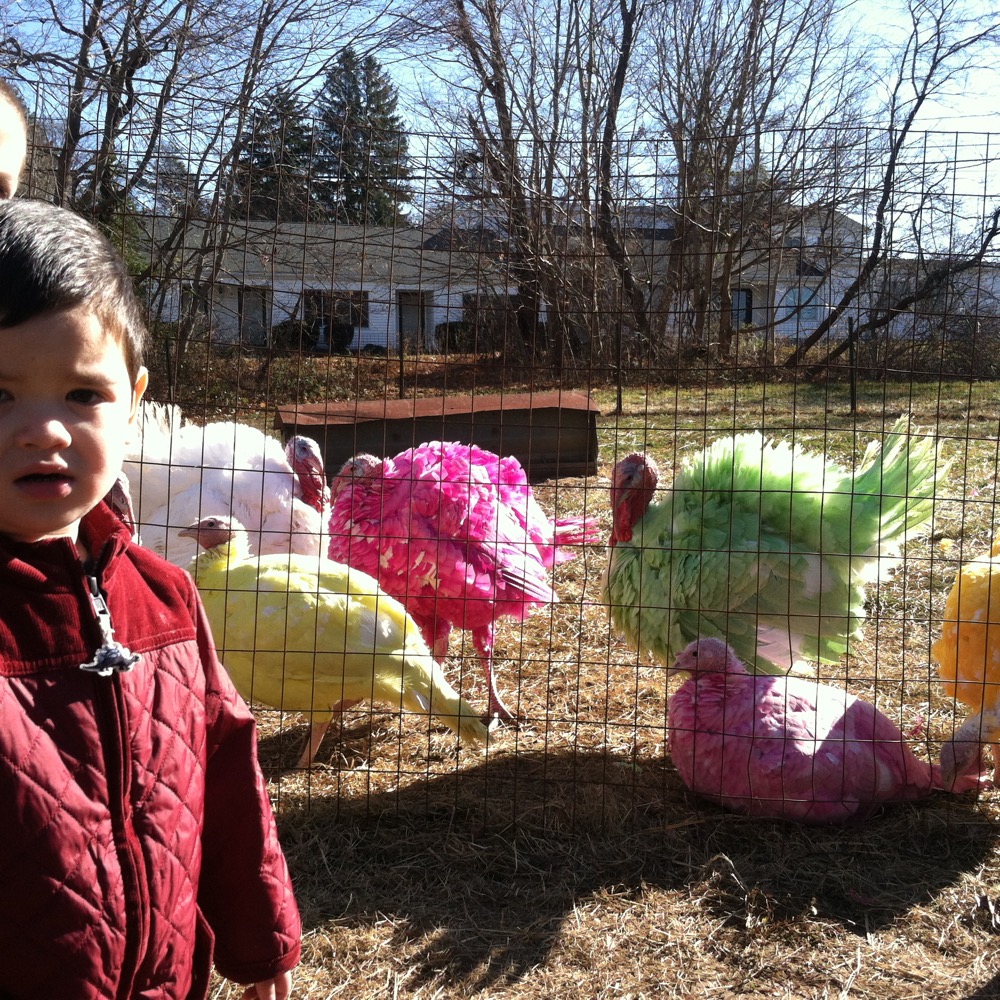 I’ve been wanting to get down to Gozzi’s Turkey Farm for a few years now, but this year was the right year to make the trip. That’s because we – well, mostly Hoang – would be preparing and hosting Thanksgiving at our house this year, for the first time ever. And instead of the bland and mushy frozen grocery store corporate farm turkey, we’d be proudly serving a locally raised Gozzi turkey from Guilford. 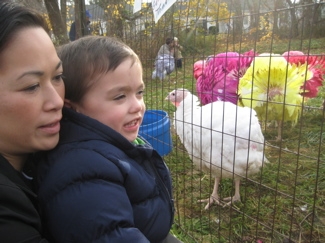 I had read up on non-factory farmed turkeys and was excited to be able to serve a bird with more flavor, a bit more natural fat which was naturally created and allowed to freely range turkey to my in-laws. But first things first, we had to check out the farm itself.

Not too far off of I-95 on Route 1, Gozzi’s is hard to miss. No, not because it’s some huge farm, but because – of course – they have a pen of a dozen or so brightly colored turkeys walking around. Awesome. Instead of “gobble-gobble,” they birds say, “gobblé, gobblé.” 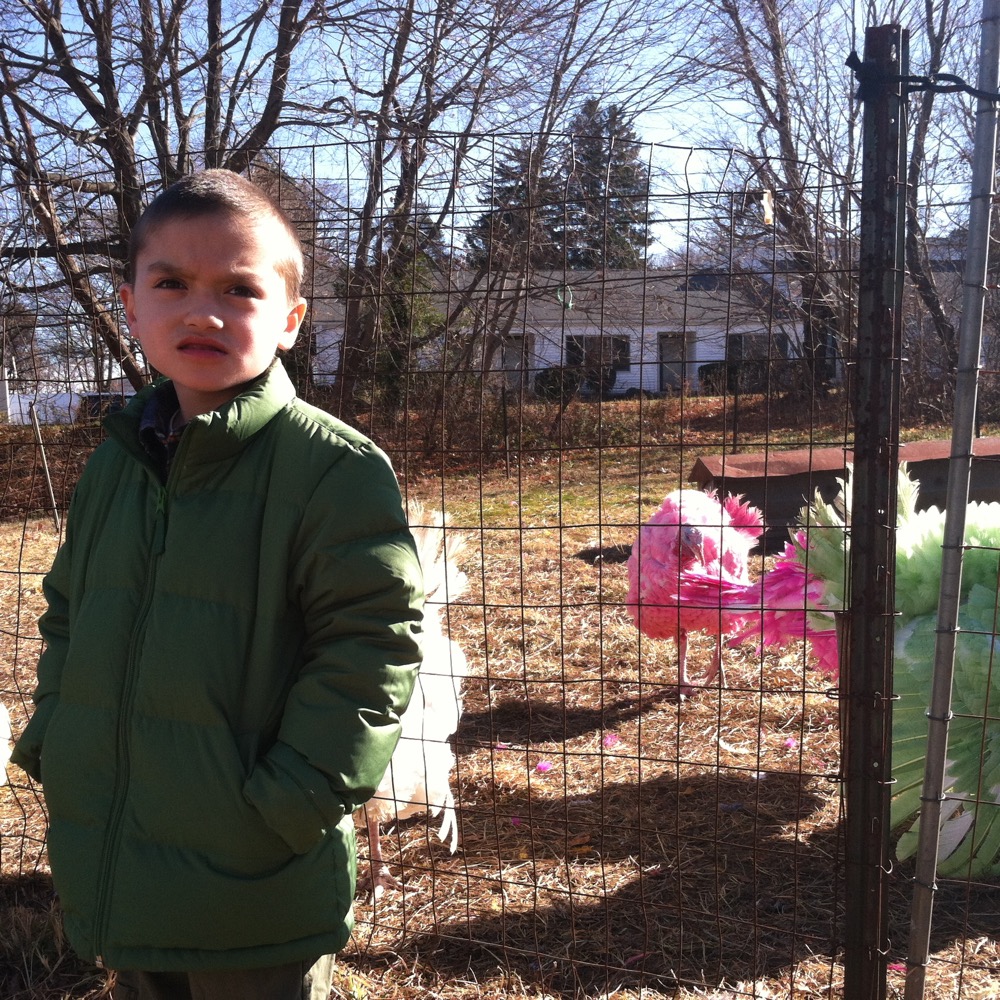 We got there right as they opened the retail area, and there were other families with kids marveling at the turkeys. Damian really enjoyed them, mostly because he allowed them to peck at his feet. Of course, he also let them peck at his fingers a couple times, but only his genius father actually got “bitten” for real. (Much to Damian’s delight.) 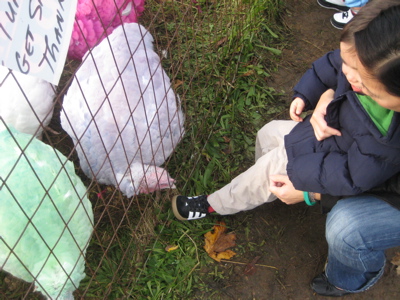 Here Damian taunts a light violet bird with his tasteless shoe to nibble on.

While Hoang and Damian enjoyed the crazy turkeys outside (as the crowds began to gather), I went inside to pick up our reserved modest 13 pounder. I had read a few accounts of people waiting in line for an hour here to get their turkeys. We were 5 days ahead of Thanksgiving, so it wasn’t that crazy for us. The retail area is old school and Spartan. There’s nothing more than some scales, a cash register, some Old Tom Turkey posters printed by the American Poultry Association, and shelves of state fair trophies and ribbons awarded to the Gozzis’ white turkeys. But really, what more do you need?

Once paid for, I plopped the fresh bird into the car and rejoined my family (and now about 10 more people) out with the turkeys. Lest you think they are somehow inhumanely dyed, all the dyes used are vegetable based dyes that are said to be 100% natural. I find that a bit difficult to believe for obvious reasons, but I choose to go with it. 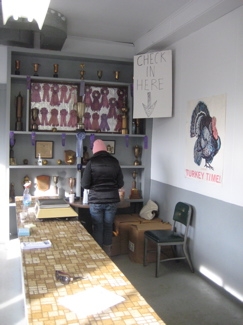 Before we get to cooking our bird, here are some choice excerpts from a 1989 New York Times article about Gozzi’s:

[…]The Gozzi family has been in the turkey business since Bill Gozzi’s grandfather, William, started selling them from his farm on Route 1 in Guilford 50 years ago. In the early days, he raised about 50 turkeys and sold them only to neighbors and friends. It was not until a few years later that he developed one of the first strains of white turkeys on the East Coast, the Guilford Gozzi White, which was grown without chemicals or growth-enhancing hormones. The Gozzi White became famous for its thick breast and moist meat. 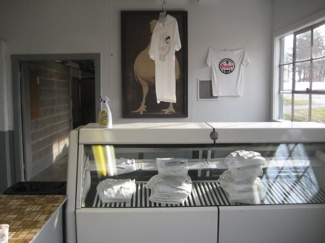 Because of the Gozzi White’s popularity, the Gozzi name has become a household word for thousands of loyal customers, some of whom have been buying the turkeys for decades. Bill Gozzi recalls traveling through the South a few years ago when a stranger asked him where he was from. On being told Connecticut, the man said, “Then you must know the Gozzis.”

Around 1975, with the rise of large turkey producers like Swift and Perdue, the market for small turkey farmers shrunk dramatically, and many farmers had to shut down their operations or diversify. The Gozzis’ farm was especially hard hit, Bill Gozzi said, because every major producer had its own strain of white turkey. By the 1980’s, sales at the family farm had dropped nearly 80 percent. 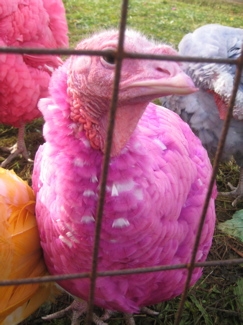 Rather than stand by as their grandfather sold the farm, Bill and Bob Gozzi, both of whom have college degrees in non-agricultural fields, decided five years ago to take over the business. ”Even though it was not as big as it used to be, the farm has always been good to us,” said Bill, who is 30. “It was hard to imagine the Gozzi family without it.”

They raise 18,000 turkeys a year – all Gozzi Whites – and sell about 90 percent in the weeks before Thanksgiving and Christmas. They intend to keep the business small. ”We’d be foolish to try to compete with the big guys,” Bill said. 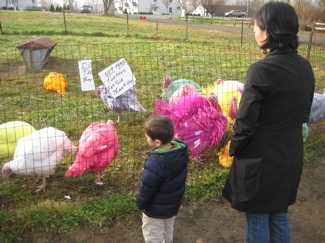 Besides operating the turkey farm, the cousins also began a small wholesale fishing business that they operate from March to November. Their entire catch – from lobster to bluefish – is sold at the Fulton Fish Market in New York.

The breeding season for turkeys begins in May, Bob said. Within 30 days each hen lays about 60 eggs, which hatch around the first week of July. The turkeys, which are still raised without the use of chemicals, reach maturity by November.

Inside a turkey barn the size of a football field, Bob Gozzi and the farm manager, Reggie Cooper, wade through 1,200 white hens, giving the birds a final inspection before they are taken to a processing plant that is not owned by the Gozzis, where they are killed. Scattered around the barn, a number of 30-pound toms, with their chests plump and feathers raised, gobble and strut through the crowd. 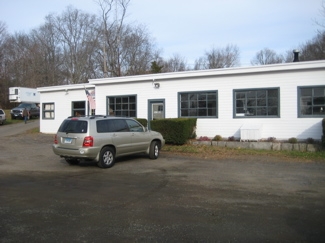 A trip to pick up the Thanksgiving turkey at Gozzis includes a view of the turkey pen outside the store, which is filled with 15 pastel-colored toms and hens. ”They sort of look like giant feathered Easter eggs,” one young customer said, which is what Bill’s grandmother had in mind 40 years ago when she took some vegetable coloring and died the first batch.

For many families, going to the Gozzis to see the colored turkeys has become an important part of their Thanksgiving tradition.

Jane Schulton of Guilford has been bringing her four children to Gozzi’s Turkey Farm every Thanksgiving eve for 14 years. ”It wouldn’t be Thanksgiving without a trip to Gozzi’s,” she said. ”It’s a very special occasion.”

Besides Mrs. Shulton and her children, some 2,500 other Gozzi turkey lovers will be visiting the store in the next three days… 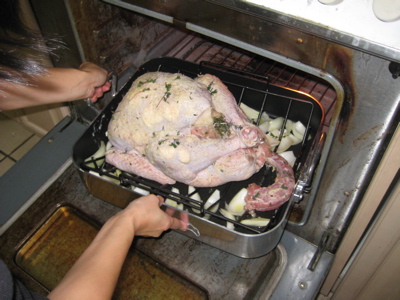 Now, I don’t think we’ll be making this a yearly tradition, but it was pretty a pretty fun little trek.

We didn’t brine the bird at all and Hoang simply prepared it with a bunch of aromatics and root vegetables. No plastic bag, and really nothing special at all… Just cooked it up for about two and a half hours and then tore it up at dinner. It was delicious… Way juicier than you’d expect with no brining and no plastic bag. 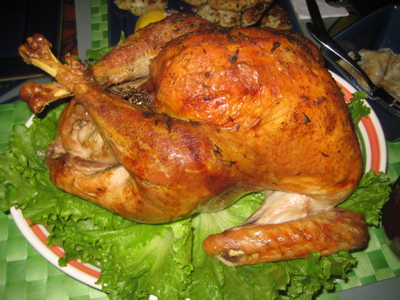 I ended up eating that thing for 5 straight days.

Note: We also served wine from two Connecticut wineries. A couple bottles were from Bishop’s Orchards which is right down Route 1 from Gozzi’s, and the other was from Taylor Brook Winery, up in Woodstock. 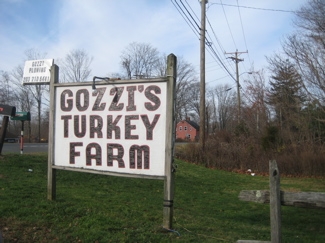