When I began putting together my list of Connecticut movies, I hadn’t heard of the large majority of them. This didn’t strike me as surprising, as I’ve never been a big movie watcher. And as far as knowing off the top of my head which movies were, like, Connecticut movies… well, I’m not a native, so that’s okay with me as well. 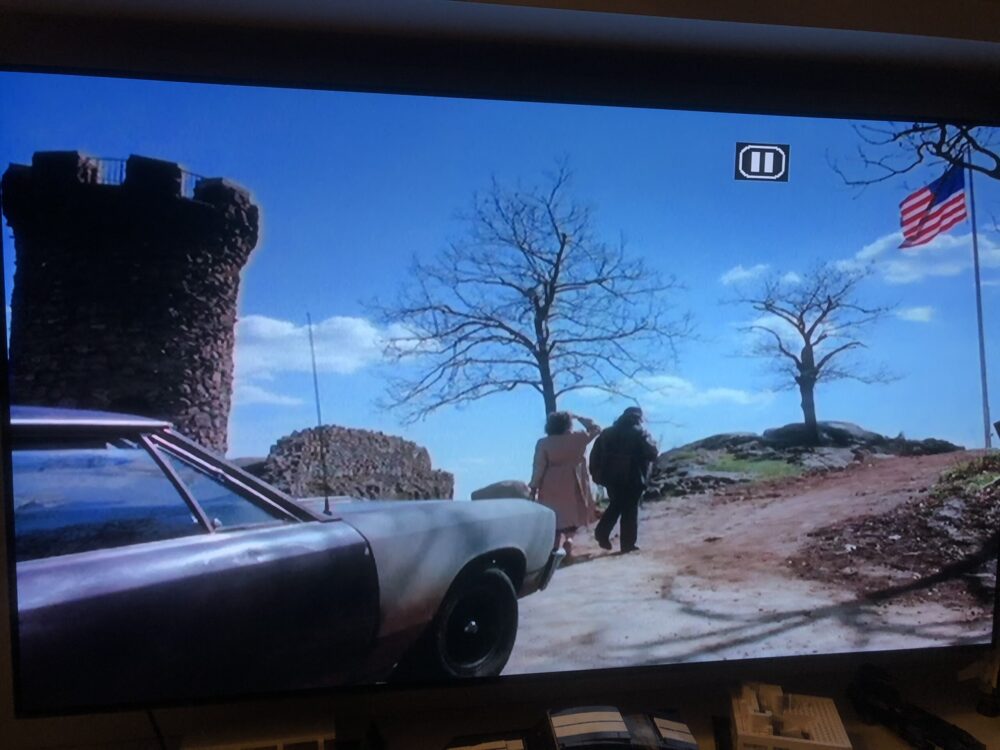 I felt like I should have known about this movie. Eh. Now I do and now that I’ve watched it, so do you.

The movie’s screenplay was written by Cheshire‘s Stephen Metcalfe. Who, it just so happens, wrote the play “Strange Snow” which is what the movie is based upon. And the movie, while pretty good, acts more like a play than a movie.

Which is probably why no one watched it except everyone who lived in Meriden at the time – the town where the large majority of filming took place.

Some residents were extras in the film, some lent their houses to be used, and one guy gave the production is sweet plum-colored 1967 Chevelle SS for De Niro’s character to drive. That must’ve been pretty rad.

The movie takes place in the late 1980’s and explores the relationships (or lack thereof) between to Vietnam War veterans (De Niro and Harris) and Harris’s character’s sister. Both men suffer from PTSD in different ways and are dealing with it in different ways. They are both struggling, but one is trying to get a handle on it while the other is in alcoholic denial. 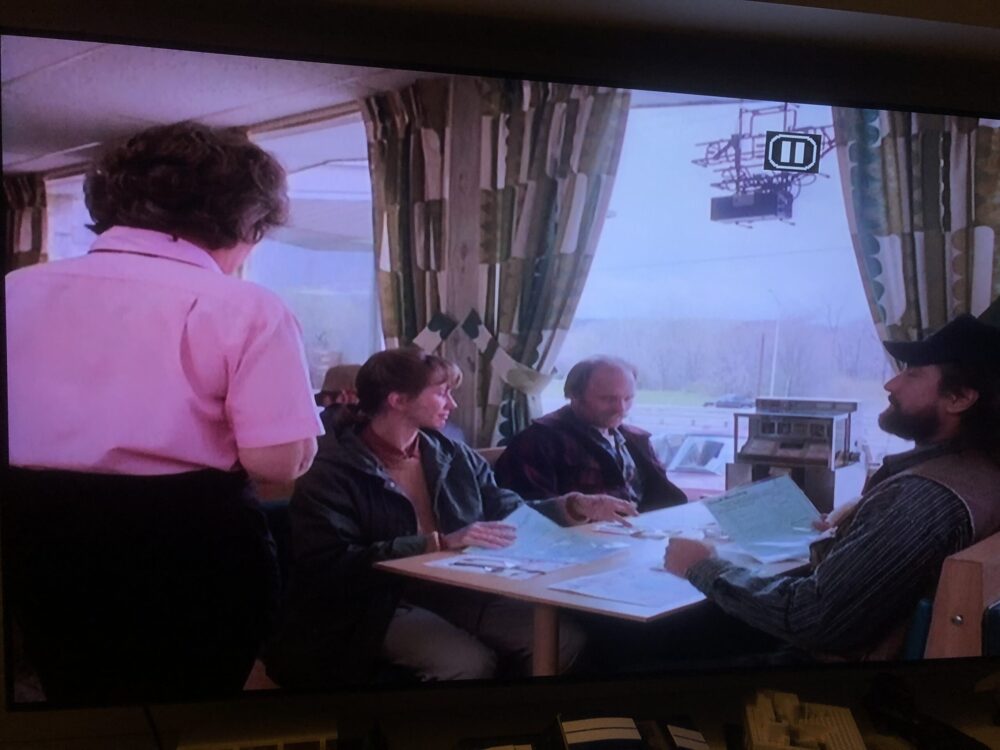 The Olympia Diner in Newington!

All three actors are excellent in the movie and as a character study of the three, it’s good. As a movie with solid plot and moving cinematography, it’s not so great. (That’s what I meant by it probably being a very good play originally.)

But I’m glad I watched it. De Niro’s character falls in love with the sister and they work it out while Harris’s character continues to struggle, but finally winds up facing his demons and joins the veterans support group.

What’s really cool is that the support group in the movie features several actual Meriden Vietnam veterans – Richard Tomczuk, Paul Porter, Clinton Jones and Frank Santiago. The realism is palpable. These guys got screwed, then they got screwed up, then they often got screwed some more. And then there was this as well:

Film crews endured some unscripted drama on May 11, when a Linsley Avenue resident emerged from his home and pointed a loaded gun at a crew member. The man, apparently disgruntled at the large flood lights set up on the street, “came out of his home and hollered to a member of the movie crew,” before loading a shotgun and pointing it at the crew member, who dove to the ground. The man was arrested. 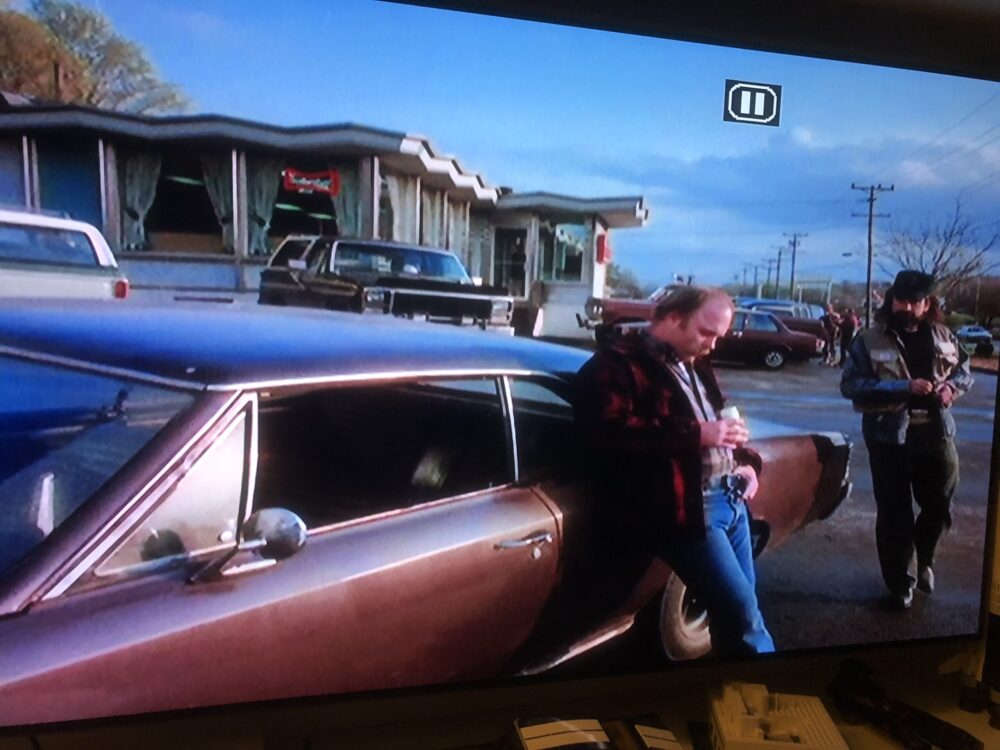 Was this the Olympia in 1988? Because it’s not what it looks like today.

Again, it’s actually a pretty good movie even if it sort of bombed at the box office. The acting is excellent and this is a story that still needs to be told over and over again. Someday in the future maybe the chickenhawks in the government will think twice about expending young lives in the Vietnams, Iraqs, Somalias and Afghanistans of the world for questionable reasons.

Jacknife shows the collateral damage created by war – how those sent off to fight often have hidden injuries that they try to ignore because society ignored them. Jacknife is about the importance of human connection, being there for others during the best and worst of times – even when some refuse that connection over and over again. War sucks.

For more local background info and pictures of the filming, this My Record Journal link exists… for now.

CTMQ Rating: 4 out of 5 thumbs up
Connecticutness: 137 out of 169 Nutmegs
Filmed in Connecticut? Yes
Wealthy Caucasian with a Big House? Yes (but not prominently) 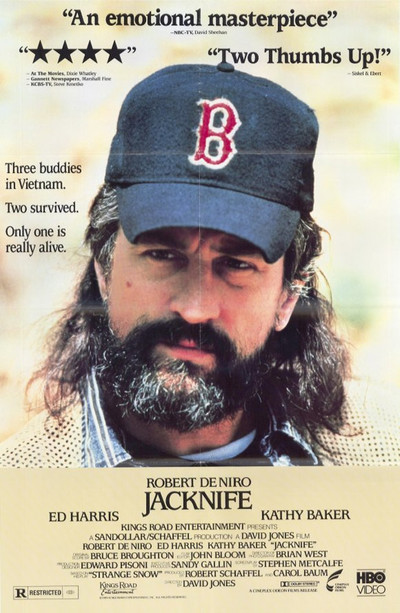