Those of you familiar with every Connecticut town, city, and borough certainly know which are the “cutest.”* They have to be small, with compact and walkable “downtowns.” They must be a bit higher-end, with moms and dads piling their MacLaren strollers into their Audi SUVs after a quick bite at an overpriced bakery or some such. 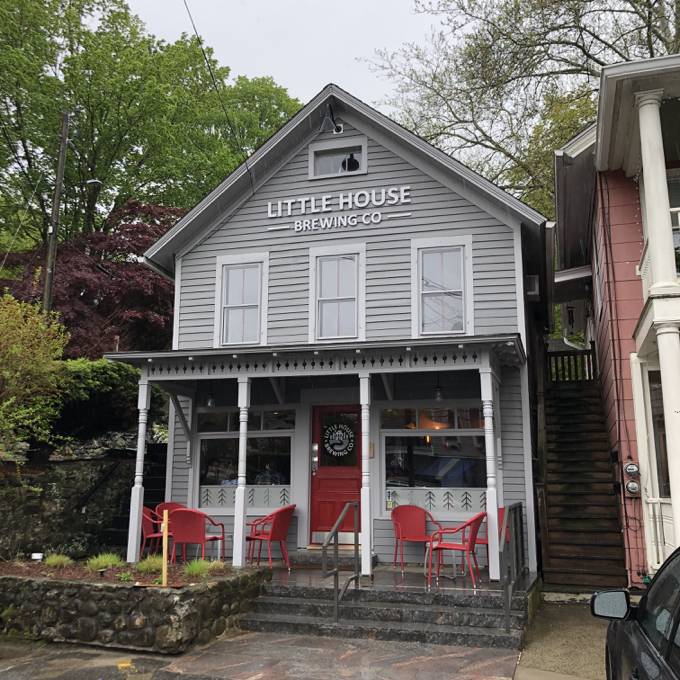 Off the top of my head, these cute* Connecticut towns would be… Washington, Essex, the Borough of Stonington, and… Chester. The little business district of Chester has some really good restaurants, a bunch of art galleries, some ridiculous curio shops, and one of the cutest darn little breweries* in the state.

Heck, it has the word “little” in its name. Just look at this place! SoOoOo Instagrammable! I could just diiiie.*

The brewery plays up its proximity to those restaurants and notes that you are welcome to bring in your own food to enjoy. River Tavern even made them a special menu, and will deliver food to you across the street. That’s pretty cool. 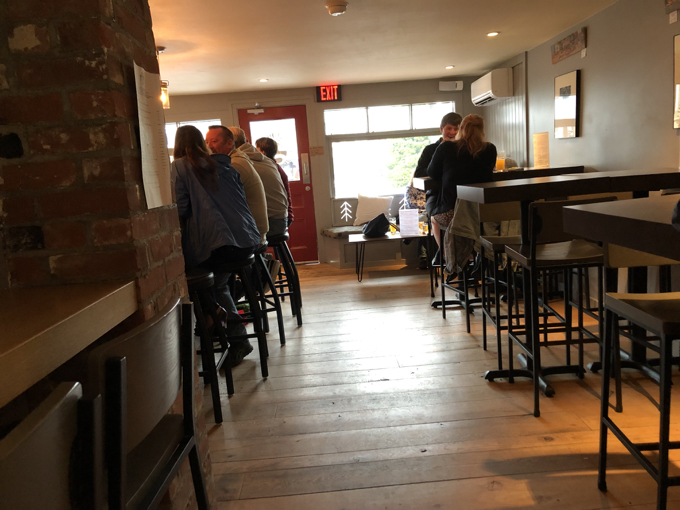 The building that Little House Brewing occupies has lived many lives: from meat-market to post-office, barbershop to bakery, the building has been here since 1836. Wow. I’ve got to say, after a decade of going to cavernous abandoned factory breweries, the fact that many newer ones are physically attractive is a welcome movement within the industry.

Sure, several excellent breweries occupy abandoned factories, but you know what I’m saying. Little House is nice. You can lie and tell your grandmother, “let’s just go in this cute* blue building, I’m sure there’s something cute* there,” and she’ll blithely follow you up the walkway not knowing she’s going to a brewery. 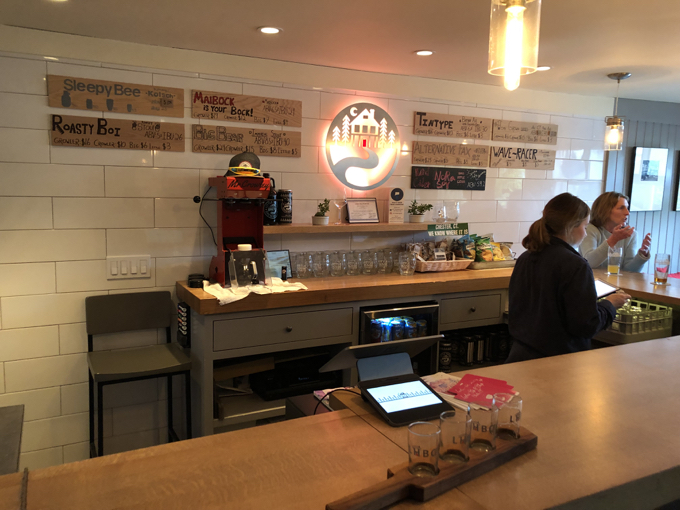 Someone please do that and report back.

The brewery says they want you to think of them as the “Cheers” of Chester – “a return to the origin of the tavern, a small taproom where locals and visitors alike can feel at home.” Well there you go, that’s pretty much how every business in Chester operates to be honest, so they fit right in. 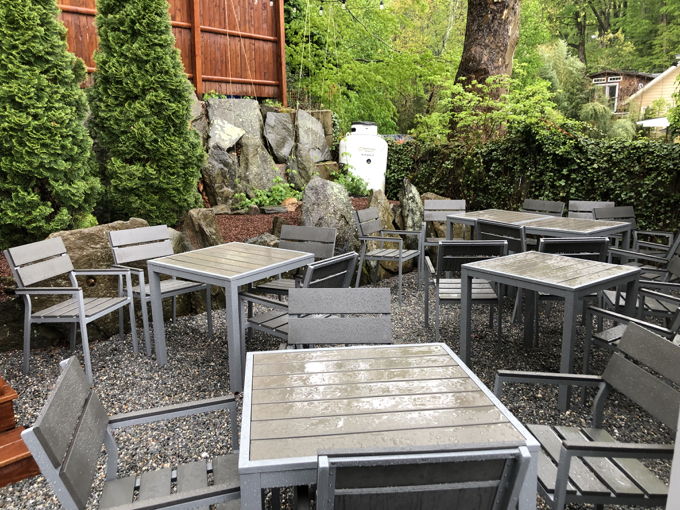 If there’s anything “wrong” with their space, it’s my perception that they can’t grow at all within it. I may be wrong, and I have no clue if they financially can or even want to ever grow. But if and when that time comes, I see that as nigh impossible here.

I think I’ve set the scene pretty well. Chester is the kind of town where kids are named Carlisle and go to college at schools like Vassar. As ridiculous as that sounds.

Little House Brewing Company was cofounded by Carlisle Schaeffer, who grew up in Chester and graduated from Vassar College, before returning home to help start up the brewery. 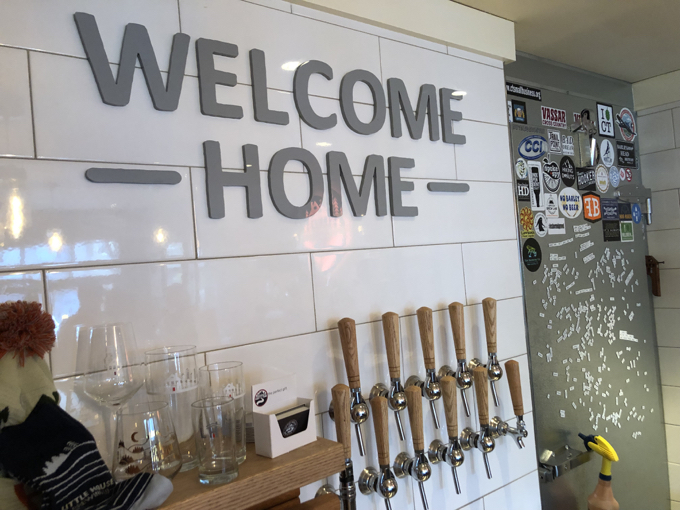 Every interview I’ve read and seen with the LHB crew, they are keen to let you know that Vassar was founded back in 1861 by Matthew Vassar, a man who made his fortune in the brewing world. His brewery was one of the largest and most successful of its time, exporting beer all over the country.

So young Carlisle met young Sam Wagner at Vassar and learned they shared a passion for brewing. They graduated, with Sam heading off to Minneapolis and Carlisle down to Cottrell Brewing Company in Stonington (which is in the Pawcatuck section of town, not the cute* part). Sam had a corporate day job, but worked at a brewery. Carlisle worked his way up to head brewer at Cottrell. They kept in touch and then opened their own brewery… Carlisle was back where boys named Carlisle should be: Chester, Connecticut. 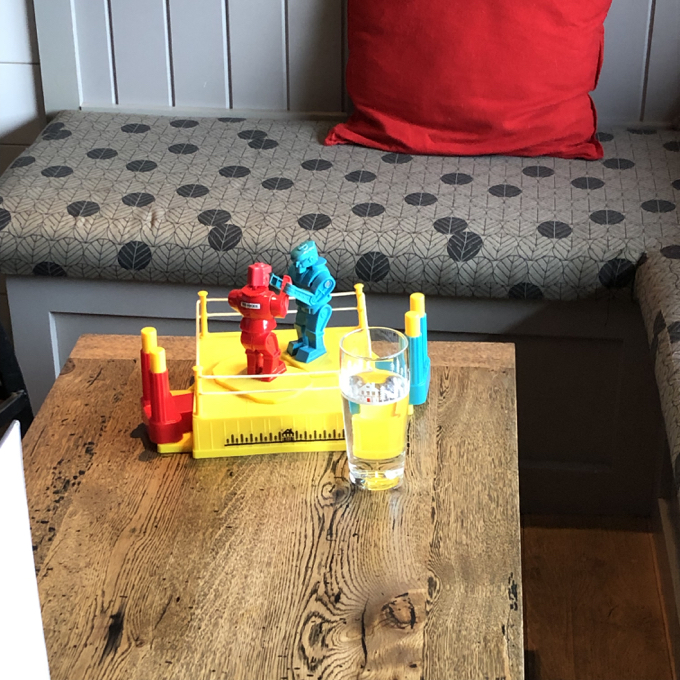 Seating is at a bit of a premium here, especially when the outdoor patio is closed as it was during my visit due to a downpour. There’s a nice mix of couches, high-top tables, low top tables, and bar seating. They’ve done a rather impressive job cramming everything into this… little house. The brewhouse gleams below and the patio is just the cutest little postage stamp.*

Oh, and there’s often a ridiculously friendly and cute* little pug with her own Instagram account that patrols the brewery too. It’s almost too much to handle.

None of this cuteness* and quaintness matters to me if the beer doesn’t stand up. So let’s get to it. 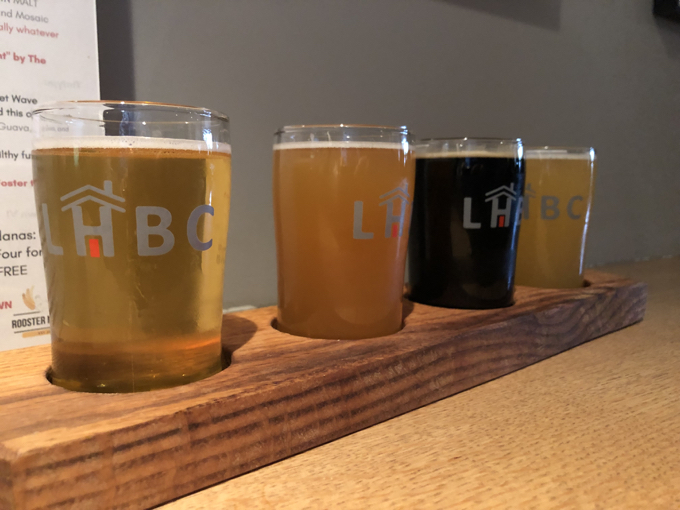 Eight beers were on tap, and I think that is what they always strive for. And get this, only one was a NEIPA! And only one was a DIPA! Kolsch, porter, stout, Maibock, brown ale… brown ale?! – Where was I?

All of the beers were around 6% too, except for the NE/D/IPAs which were 8% ABV. We were off to a good start. I ordered a flight of the honey kolsch, the pale, the NEIPA, and the stout.

Let’s pause for a moment to check out the facilities. Oh. My. GAWD. So cute.* Tiny and functional, the boys at LHB know what they’re doing. They have a cheeky little sign in there that explains the eco-friendly toilet model and take a jab at all the oafs who don’t wash their hands properly. I loved it. 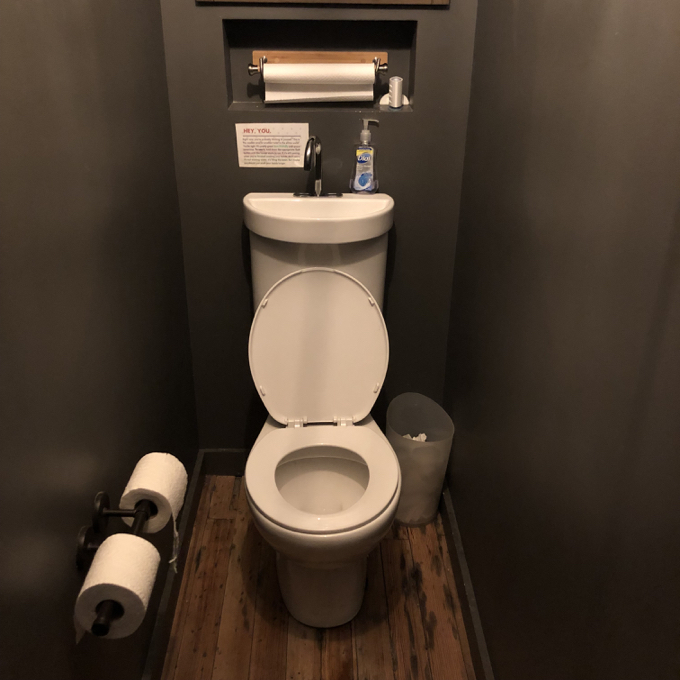 Okay, let’s go to the honey kolsch to get things going. Many brewers in America feel the need to gussy up a good ol’ fashioned kolsch. Honey seems to be a go to addition and when added in moderation, it usually works. Here at LHB, it really works… the kolsch retains all the kolsch attributes a kolsch should have; crisp, light, and clean with a hint of natural sweetness.

Up next was the all-Connecticut grown pale ale. Hops from Smokedown Farms in Sharon and grains from Thrall Family Farms. A bit earthier and dry than I’d typically go for in a pale ale, but the folks at Smokedown and Thrall are salt-of-the-earth people, so it just makes sense. This is a very well made beer. 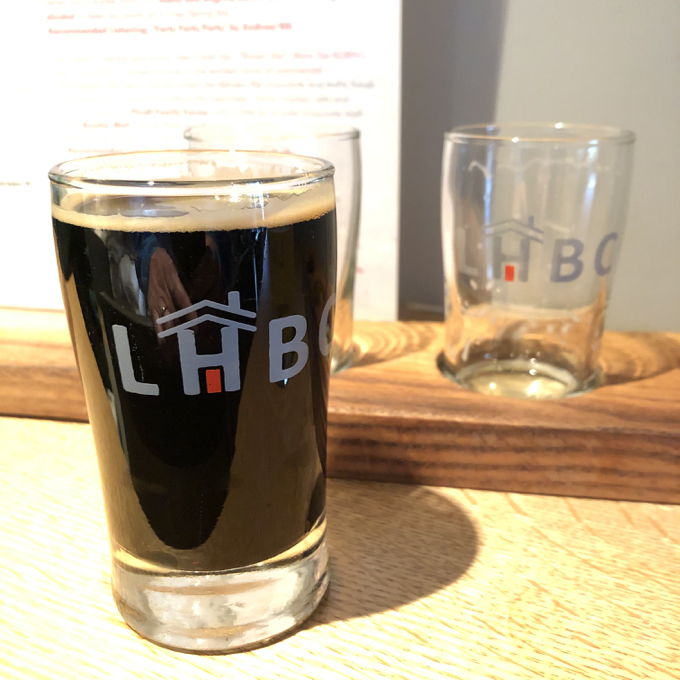 Onward to the New England Double IPA: Alternative Fax. The description includes a cute* idea about the continued existence of fax machines and how if you actually send them a fax, they may send you something funny in return. (860-322-4257). Again using grains from Thrall Family Farms, this bad boy contains Citra, Denali, Equinox, and Mosaic hops. The result is a not-too-hazy, not too sweet, not bitter at all “juicy” beer that “rides the line between NEIPA, DIPA, and IPA.” Which I like. Very much.

Lastly, I had the Roasty Boi, a straight up, old school, proper stout. And it was perfect. Again, the description is cute* but also on point:

I support that statement. In fact, I support everything these guys are doing down in Chester. It is readily apparent that they know what they’re doing in all aspects of owning and running a brewery. It just fits perfectly into the little town, the beers are very good, their website isn’t annoying, the taproom is as well-designed as the space allowed, and I really like their mildly irreverent beer descriptions.

And while we’re on the subject of their cutesy* beer descriptions, there’s one that stands out. It’s a NEIPA named, “Don’t Call Us Cute”: 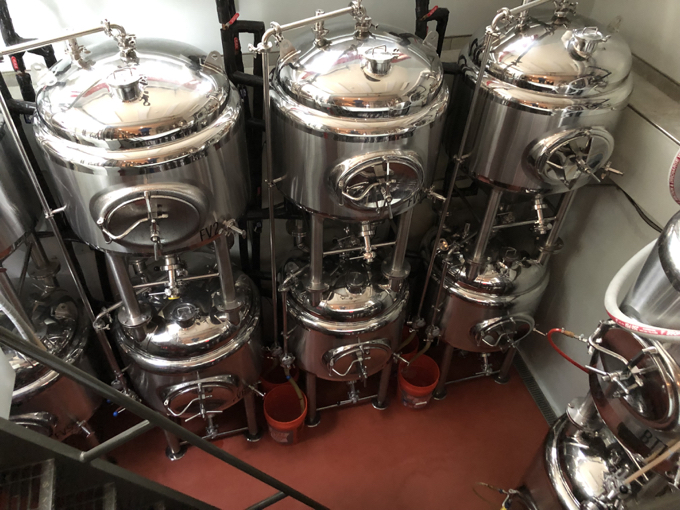