The Place That Shall Be Named
Manchester Land Cons. Trust Trails (MLCT): Pleasant/Stickney Hill
0.5 Miles, May 2017

I began with the following on the last MLCT post I wrote:

You know how you think I’m nuts? Like, “what is wrong with that dude and why does he care about doing this stuff” nuts? I hear you. 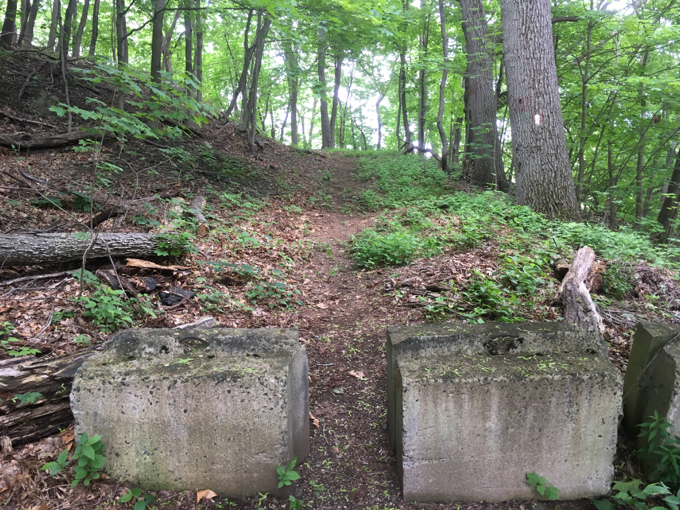 This one, in Vernon, is their latest acquisition. In fact, it’s so recent that they’ve yet to name it. It is at the end of Pleasant Street at the top of the hill (“Pleasant Hill”) at a place historically called Stickney Hill. My vote is for the historic name. 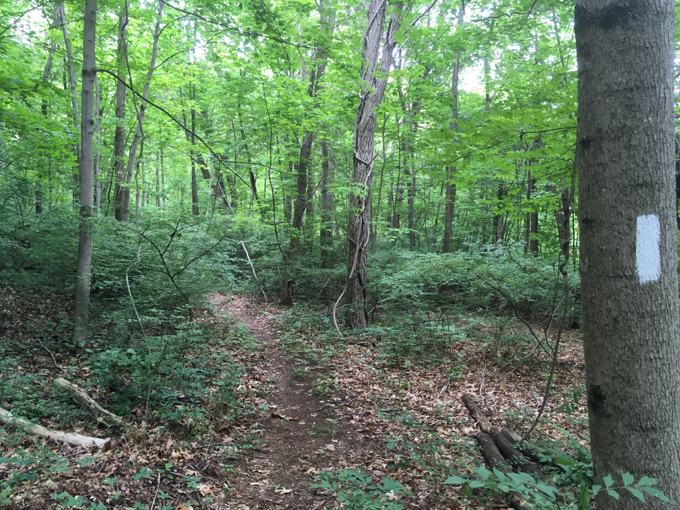 Local historian Jon Roe said, “There was a very early iron mine and foundry in the area, that goes back to the early 1700s, but the exact location is undiscovered. An 1877 map of the area seems to show houses at the top of the hill, which was known at one time as Stickney Hill.

I was surprised by the steep drive up the hill from the center of Rockville. At the dead-end, parking is a little sketchy, but certainly available. 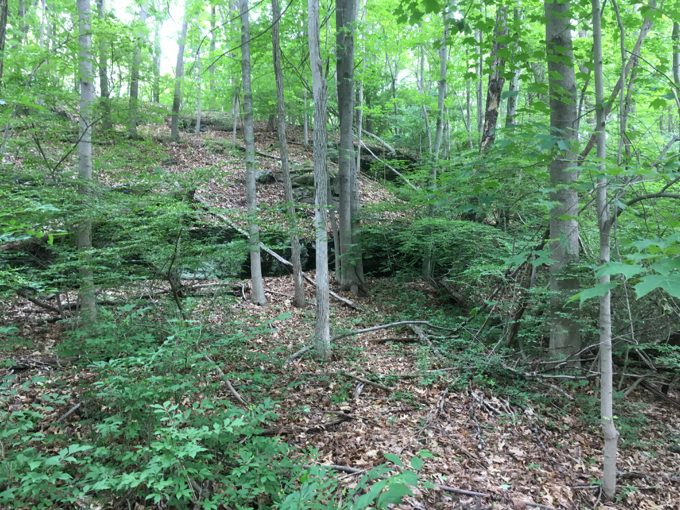 The trail is a loop and despite being brand new, it was cleared and blazed pretty well. It scales the hill, whatever its name is, and I was (again) surprised at the rocky outcrops here. Keep in mind that this is, within sight of downtown Rockville.

I don’t know how there were houses up here back in the day, but who knows. I saw no evidence of such. 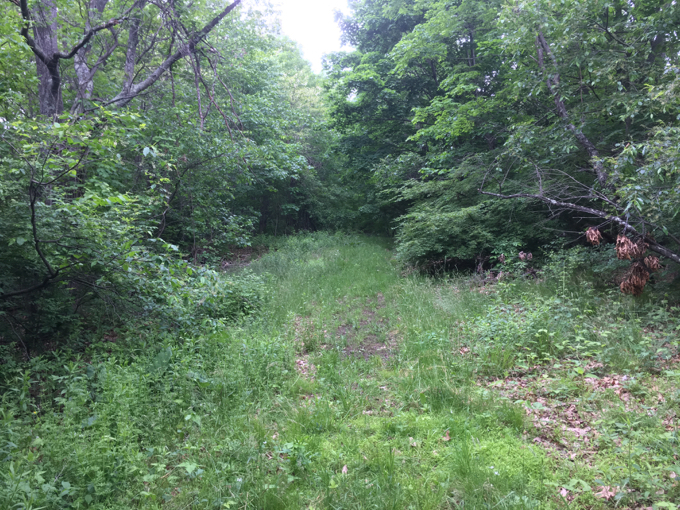 It’s a nice little trail and while I foresee some future issues with local kids back there drinking and stuff, I hope it retains its wildness and remains as pristine as one could expect here.