There it was, placed near the road as I was leaving the Windsor Public Library. I was turning out of the parking lot right next to the handsome town green featuring the large Evelyn Batchelder War Eagle sculpture and happened to see a sign advertising an upcoming open house at the Oliver Ellsworth Homestead a few miles north on the same road (Broad Street/Palisado Avenue). 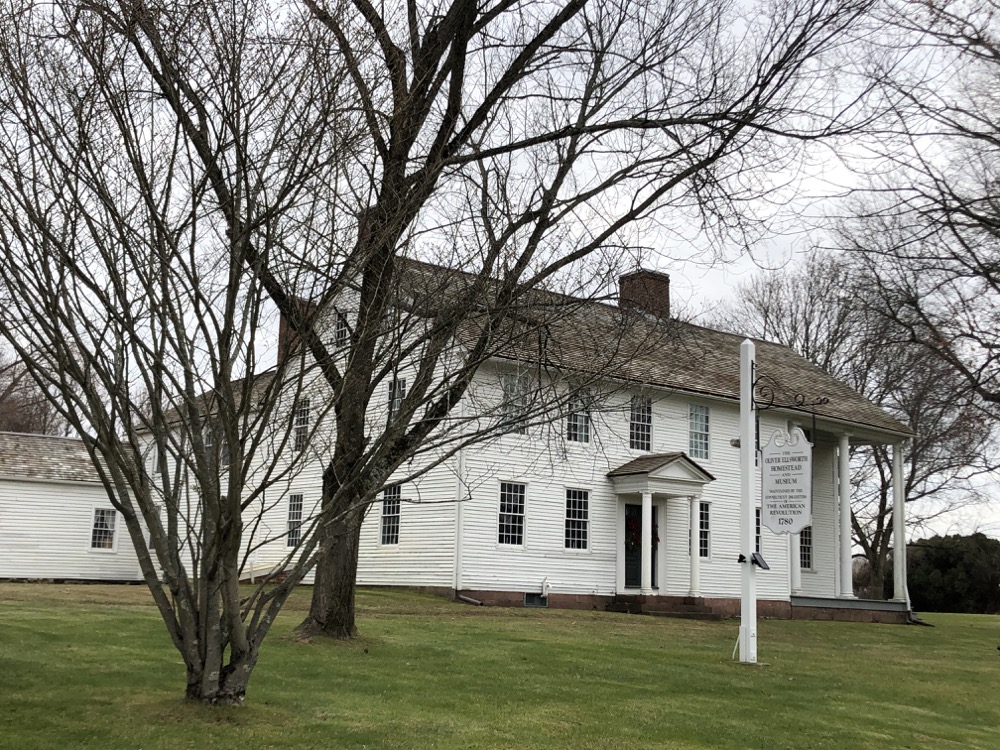 As a Daughters of the American Revolution property and not part of the Windsor Historical Society group of house museums (also on the same road), the Ellsworth Homestead hours are not aligned with, well, with anything other than DAR volunteer hours I suppose. Granted, I began trying to visit during the pandemic so they are forgiven.

Especially after hosting the “Holiday Open House” that I wound up attending. My family understands that when a rarely open museum is open, I’m going to go. It’s just a CTMQ house rule. So I went. 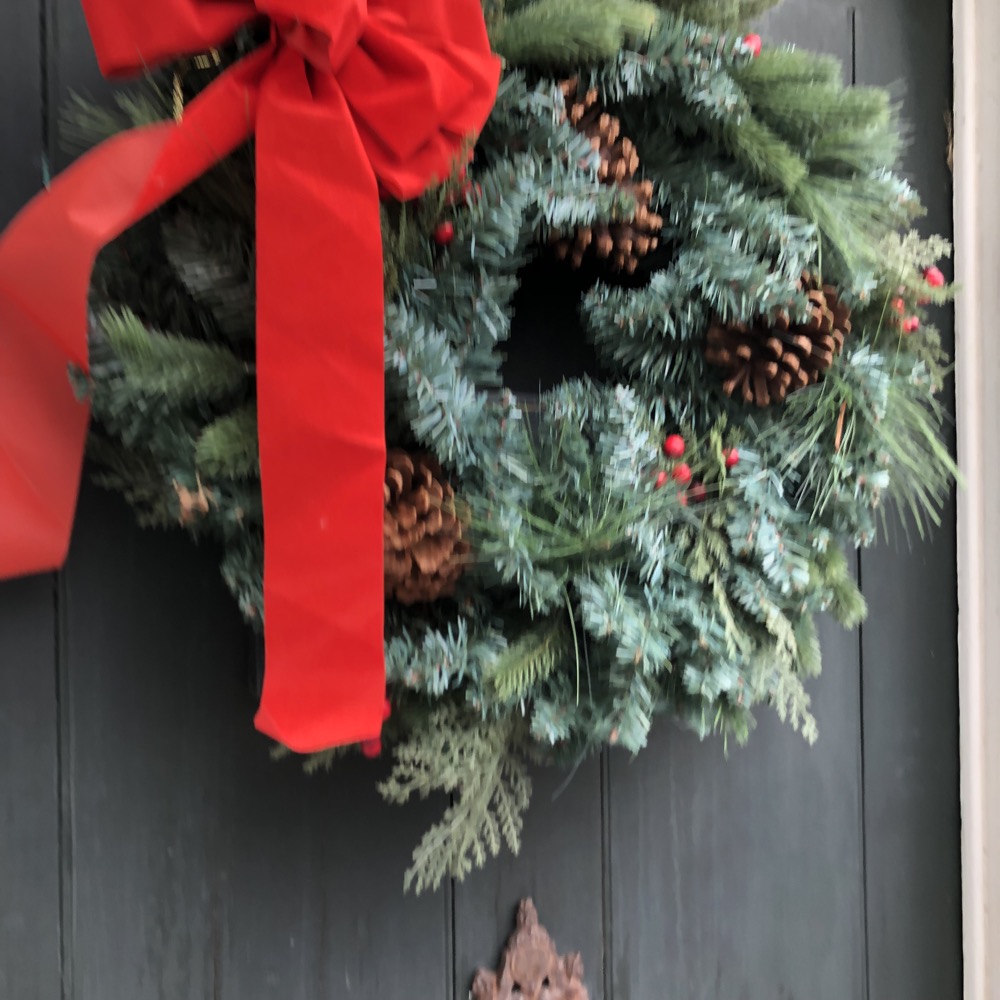 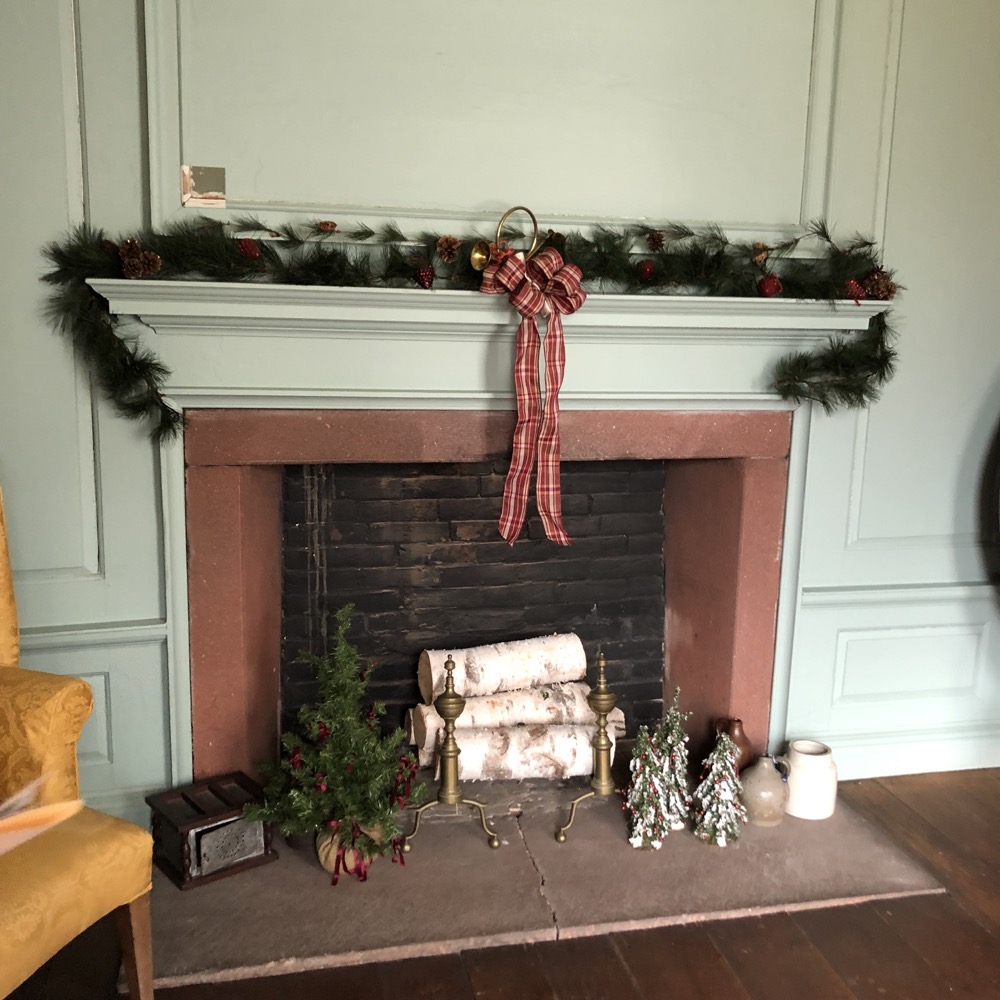 And they laid out the Christmas red carpet for me – and everyone else. And yes, there were actually lots of “everyone elses” visiting as well. And we all got a cookie in the end.

Only the ground floor of the house was included in the tour, which is fine. The bedrooms upstairs are open for viewing during other times of the year, but I’m just going to grab a picture or two from their website of up there and call it a day. Oliver Ellsworth was an enormously important figure in local and American history, but we can all accurately imagine what his bed looked like. 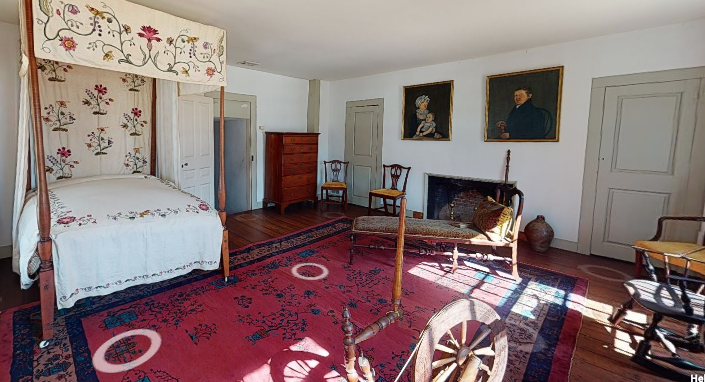 The tour was set up as a sort of relay. Six DAR docents stood sentry along the visitors’ path, armed with notecards and excitement to tell the story of the homestead and its namesake. This may sound a little clunky, but it worked really well. These weren’t local Windsor women, as I learned several drove up from Redding and Trumbull and other towns all around the state. This was a DAR event, and they turned up for it.

The Ellsworth family was as Windsor a family as a family could be, having been there since 1664. They had come down from Dorchester, MA as all the early Connecticut settlers had. They made hay for a hundred years in town and then in 1781 Oliver had this home built. 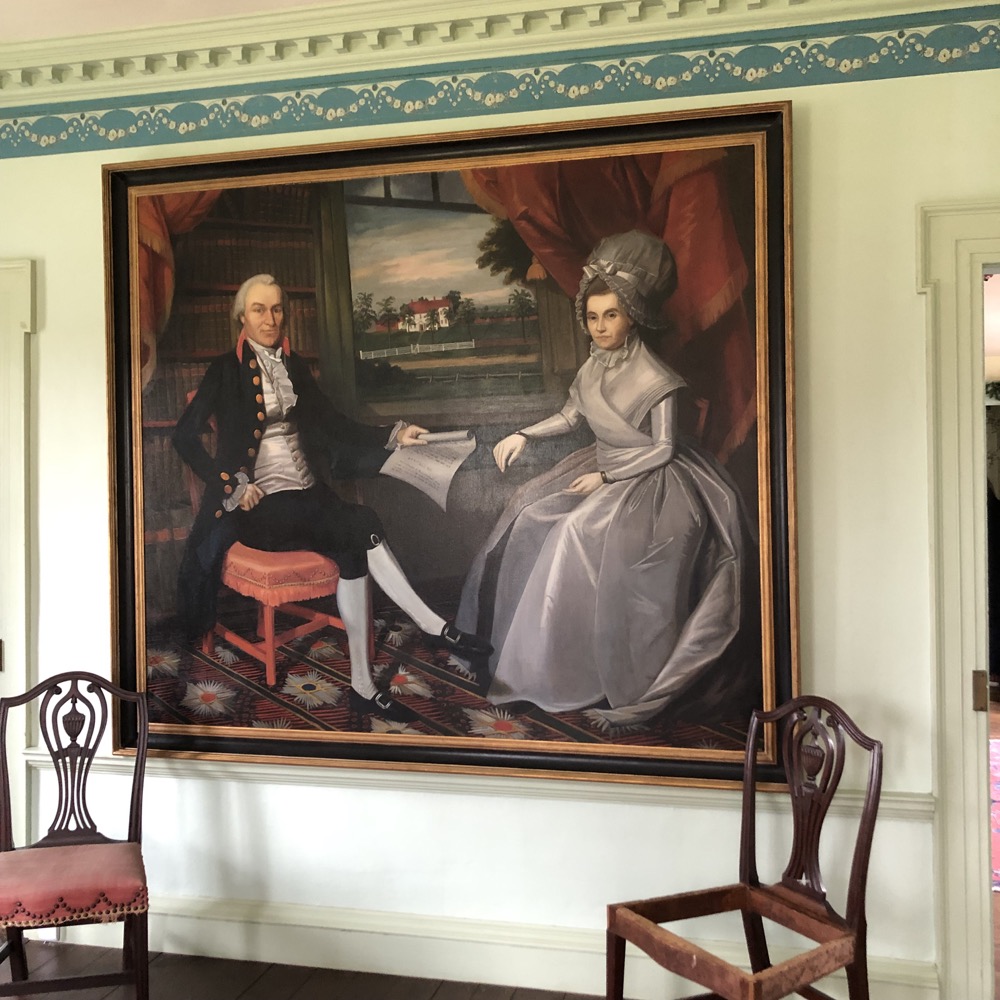 Oliver was very exacting in his specifications, all the way down to the type of sash windows to be used. The original house is a two story wood frame building on a stone foundation. It had a peaked cedar shake roof and clapboard exterior walls. My tour began in the hallway with a sort of introduction to the house and to Oliver Ellsworth himself.

Ellsworth was born in Windsor, grew up in Windsor, lived and died in Windsor. At 17 he went to Yale to study the ministry, but was expelled for “pranks”. Ellsworth graduated from the College of New Jersey in 1766 and then studied to become a lawyer. He was admitted to practice in 1771. Elected to state level office in 1773, Ellsworth quickly became one of the most powerful political figures and successful lawyers in Connecticut. He served throughout the Revolutionary War in many state and federal political positions, including delegate to the Continental Congress. 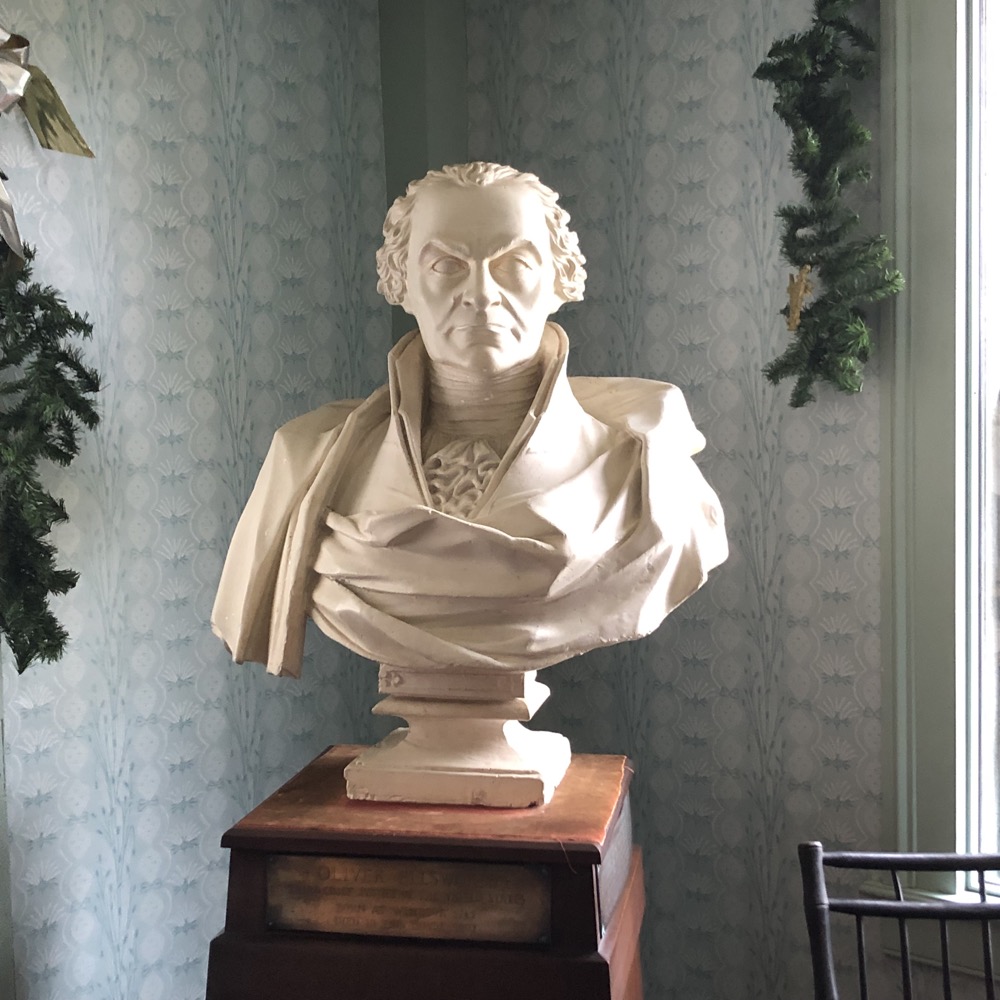 This bust is a replica of one that sits in the US Capitol rotunda. I think.

You know what’s funny? It’s really hard to nail down who helped James Madison write the actual document. It was definitely a collective effort, and the Connecticut Compromise is certainly an important part of it, and Ellsworth absolutely helped sort that out. 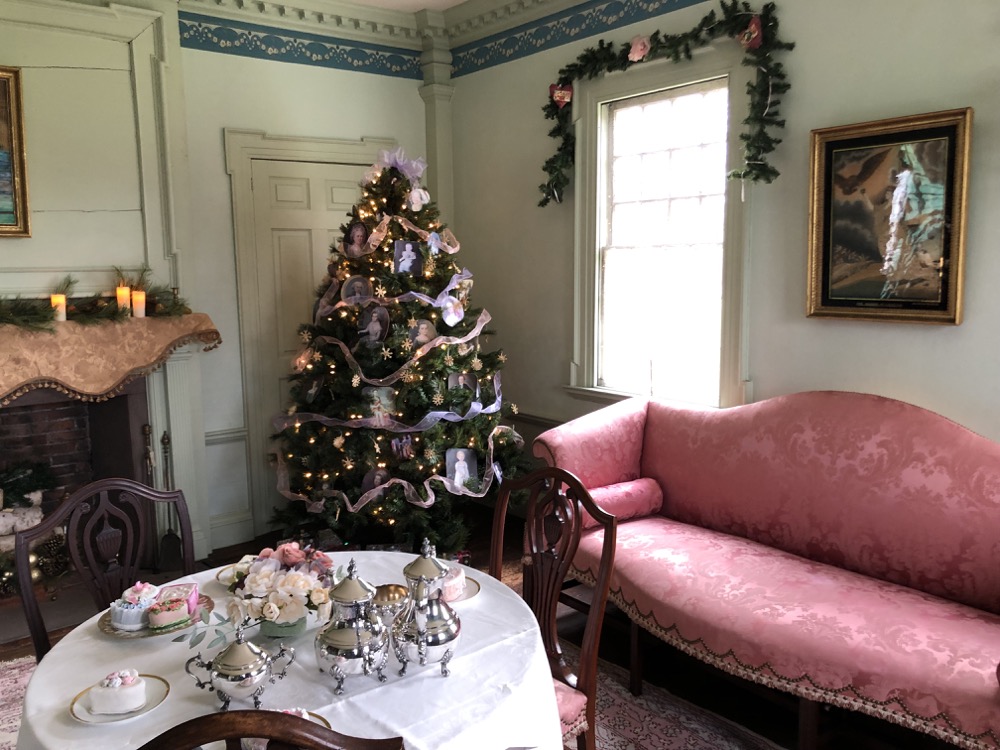 For those of you who forget your US History, you can thank Ellsworth (and Roger Sherman) for the fact that the US Senate has equal representation among the states but the House representatives is apportioned in accordance with states’ populations. That is/was, in a nutshell, the Connecticut Compromise.

But Ellsworth’s contributions to his country did not stop there. While serving a seven year term as a US Senator, Ellsworth drafted the Judiciary Act, defining our current federal court system. In 1796, George Washington asked Ellsworth to be the Third Chief Justice of the U.S. Supreme Court, which he accepted. (He was asked to run for President at some point but turned that down.) 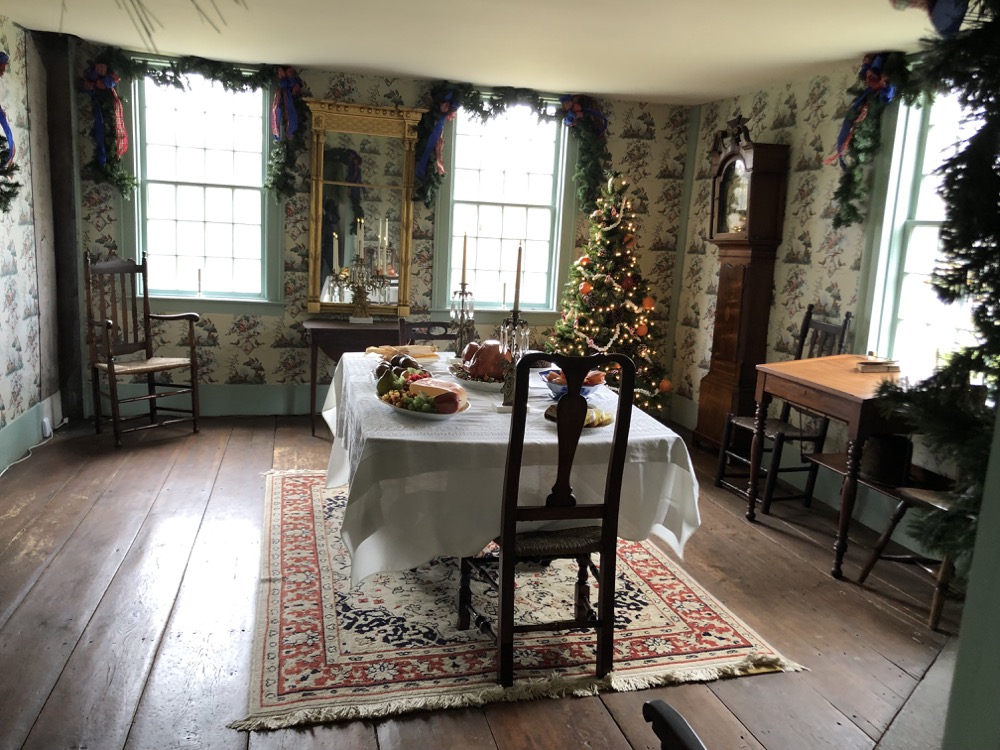 President John Adams appointed Ellsworth as a commissioner to France to renegotiate a treaty and prevent war with France. Highly respected by Napoleon, Ellsworth was successful. Upon his return from France and in poor health, Ellsworth retired from Federal service to an active service in Connecticut. He maintained a successful law practice, authored articles and served in the Connecticut legislature as a senator until his death in 1807. That’s quite a life lived.

And since I mentioned Washington and Adams above, I might as well mention that both men visited this house as sitting Presidents. I wonder how many other private homes in Connecticut can make that claim? Hm. Now I’m distracted by that question. 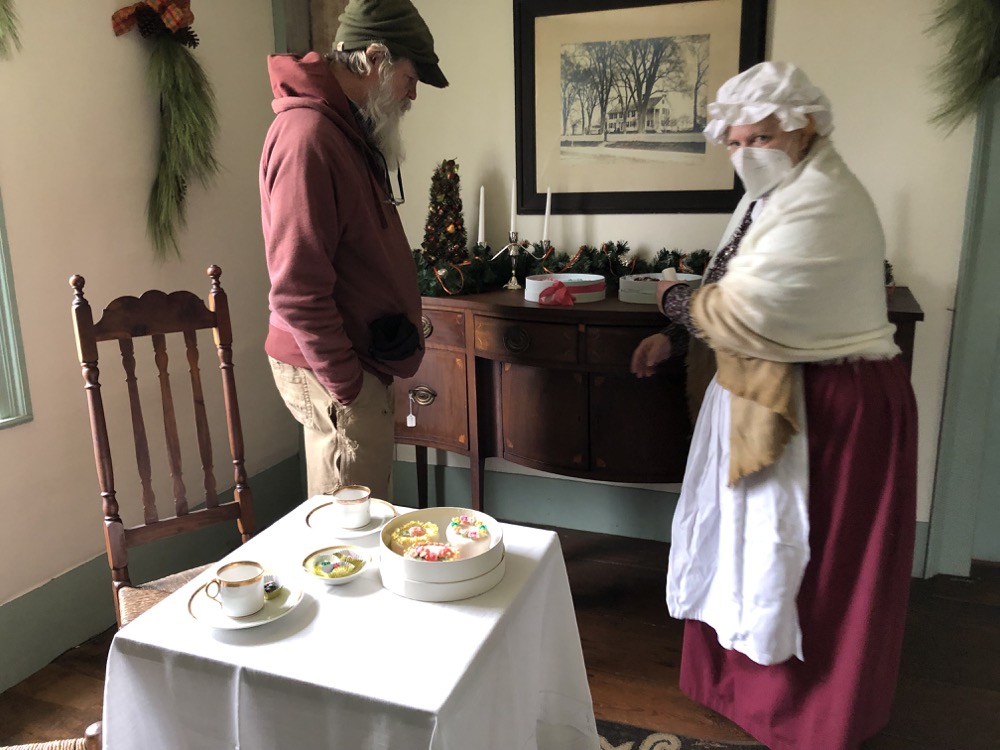 This guide was endearing and kind which makes this picture of her kind of funny.

Anyway, the house was occupied by Ellworths for another century until 1903 when it was deeded to the Connecticut Daughters of the American Revolution by the 116 living heirs of Oliver and Abigail Ellsworth. It has been open as a museum since that time.

The Ellsworth Homestead underwent massive restoration during the late 1980’s and early 1990’s – restoring it to what is historically correct for Oliver Ellsworth’s life there. And as if to reward the effort, the house was declared a National Historic Landmark shortly after the work was done.

The various women that guided me through the house were knowledgeable and fun. The focus of the tour was essentially “Christmas in Ellworth’s time.” I was told that he was a Calvinist and as such, partying wasn’t allowed. I think some of this information got a bit muddled (by me, most likely), as I got all mixed up with Puritanical notions and Calvinism and early Christmas traditions. 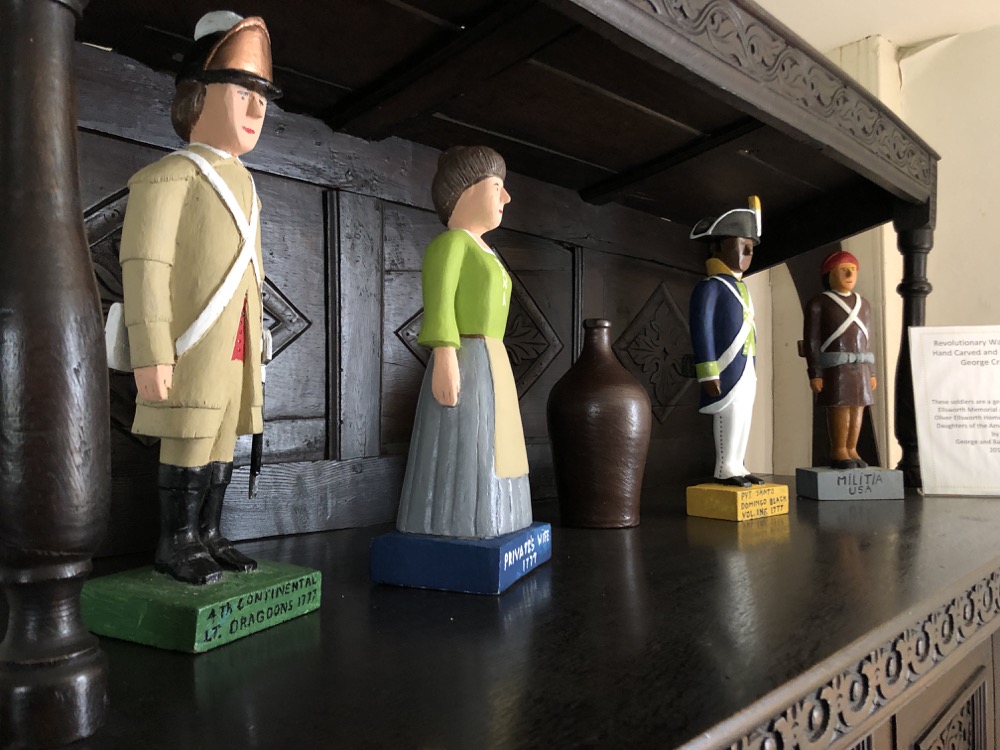 I did enjoy the stories of how singing and dancing and stuff was viewed as Pagan and Christmas should be a sort of solemn holy day and shouldn’t even be viewed as a vacation day from work. But a couple rooms later I learned of early Christmas Carols (repurposed old songs) and hanging greenery around the home (to ward off evil spirits and promoting good luck for the next year).

One Daughter of the American Revolution made her own figgy pudding and had it laid out among the plastic foods on the Ellsworth dining room table. She was very proud of it. I enjoyed that personal touch. 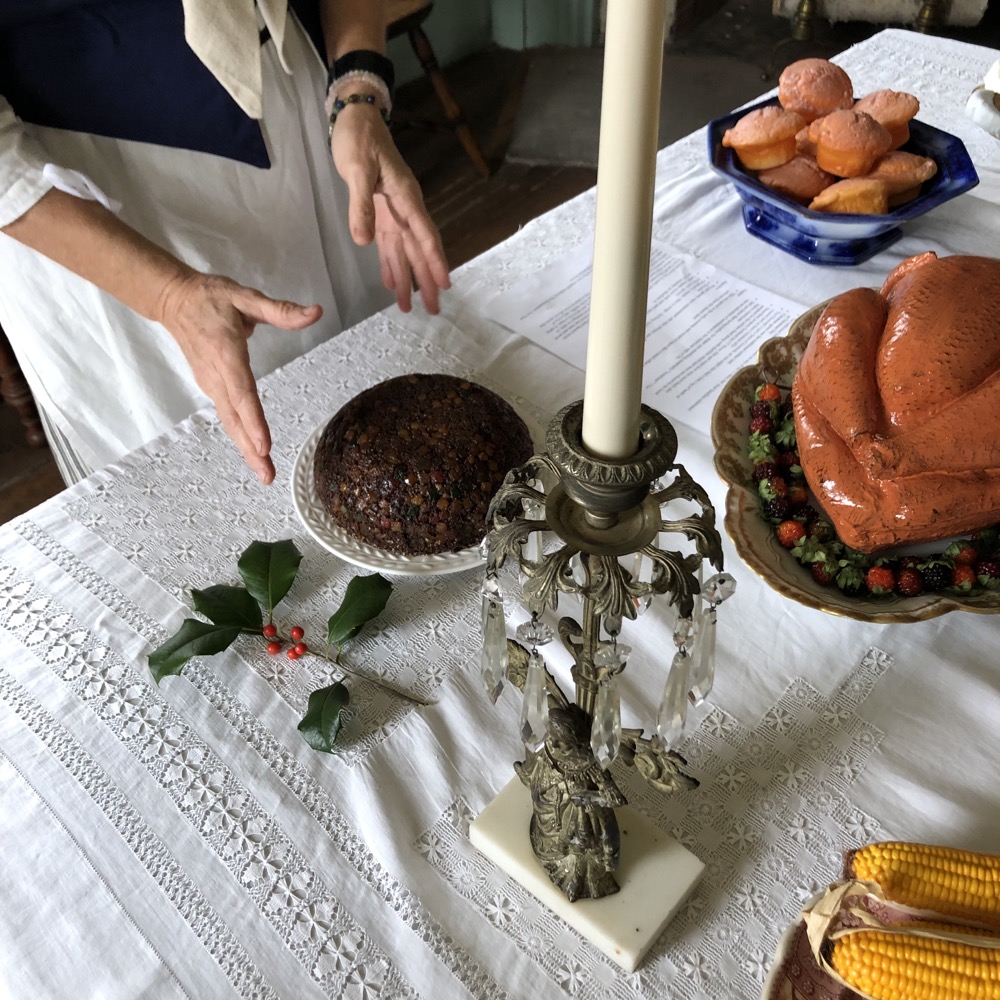 The home has been slowly collecting Ellsworth family heirlooms over the years. There’s an old grandfather clock that was made by an old timey Ellsworth (David, whose house still stands across Palisado Avenue), and a sideboard and a mirror and some other things.

The house itself is in remarkable shape, which is worthy of such a remarkable man.

Ellsworth once said, “I have visited several countries and I like my own the best. I have been in all the States of the Union, and Connecticut is the best State. Windsor is the pleasantest town in the State, and I have the pleasantest place in the the town of Windsor. I am content – perfectly content to die on the banks of the Connecticut River.”

And that’s pretty much what he did. 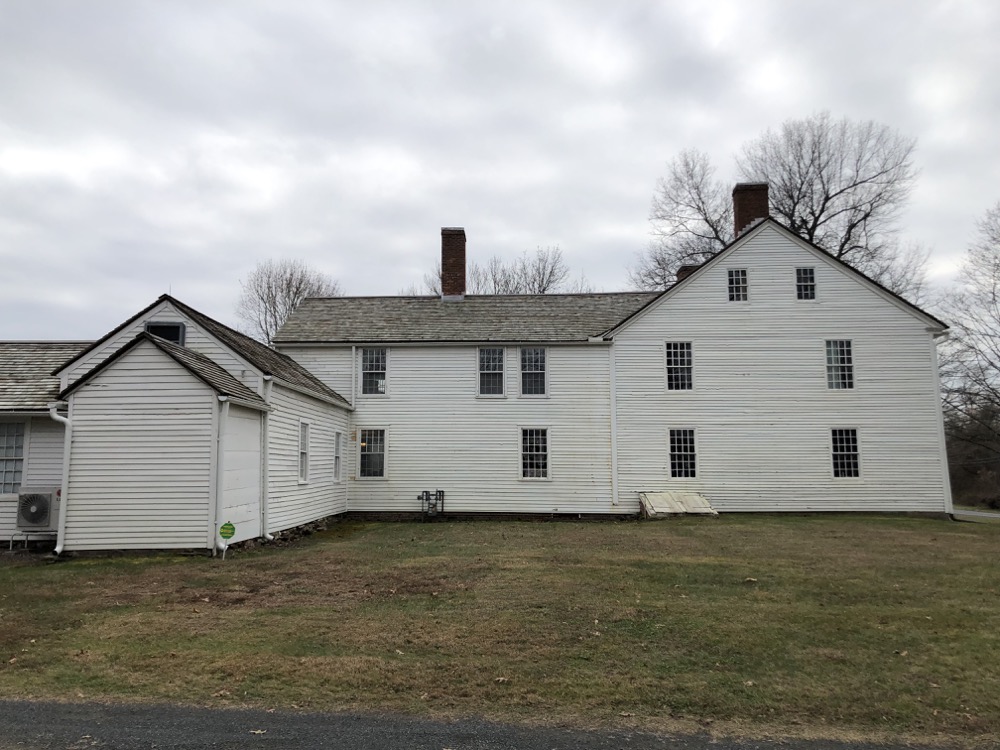