Nothing to Cry About
Onion Mountain Park trails
April 21, 2013

In 2022, the Canton Land Conservation Trust linked this park to Roaring Brook Nature Center via the Onion Mountain Trail.

I am falling in love with West Simsbury and North Canton. They have a “wildness” to them that is especially cool in light of the fact that I can get to the center of their collective nothingness in 16 minutes or so from my house. 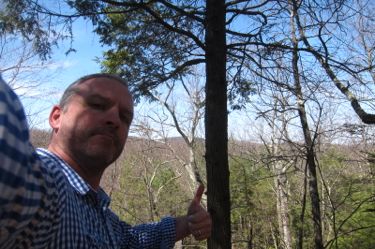 I live in northwest West Hartford – and it takes me 16 minutes to diagonally cross my town to get over to the Elmwood section of it. The difference between Elmwood and Onion Mountain are quite stark to say the least.

In the last couple weeks I’ve hiked a section of the Tunxis Trail out here (but slightly west over in Barkhamsted) and have taken my family to Flamig Farm (yet again) which is right next to Onion Mountain. And just think, Tulmeadow Farms for ice cream again soon!

West Simsbury is where it’s at. I drove out here to do some reconnaissance on some random stuff in North Canton (a painted rock, a not-totally-trespassing way to the Ratlum Mountain fire tower, you know, the typical things) and had about an hour to check out Onion Mountain. 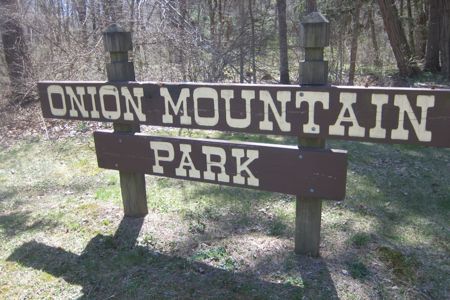 Onion Mountain is a 190-acre town park that is nothing more than about 3 miles of trails on the eastern side of Onion Mountain. The town’s description of it is very important. Solid intel:

Trails here are relatively easy on the flat but significantly more difficult on the hillside. The ground can be very wet after rains. 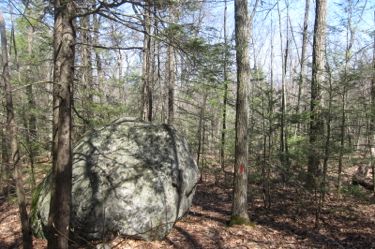 It would be prudent for me to mention too that Onion Mountain does get dark after the sun goes down and that the resident bears here do crap in the woods.

The yellow and blue trails at the base of the mountain run north-south over gently rolling, formerly agricultural land. Most trees in this area are 40 to 50 years old and are a mixture of hardwoods and evergreens, including white pine, hemlock, oak, and beech. Part-way up the mountain are several small wetlands and seasonal brooks as well as a Town-owned pond on the north side.

The 100 acres on the northern end of the mountain’s east slope were cut to open the area for improved wildlife habitat and hiking trails. The orange trail winds diagonally up the mountain on old logging roads. The trees here are 80 to 120 years old, mostly oak and hemlock, with small hemlock, low growing viburnum, witch hazel, and sugar maple in the understory. The red trail in this area is used to check boundaries and is not well cleared. The white trail at the north end of the property joins the orange and red trails. Birds of interest include the winter wren, solitary vireo, and various warblers, all northern species.” 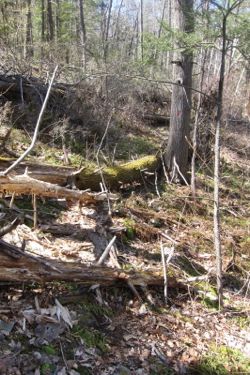 To repeat a bit of that: The red trail in this area is used to check boundaries and is not well cleared. I probably should have read that before striking out on the red trail (seen above at right). I think they are cleaning that up though.

After wondering why the town uses an Old West font on the park’s sign, I soon found myself bumbling over and through old blowdowns along the red trail. I was never fully stopped in my tracks, but I did have to think about a few route choices. Even so, I liked the red trail. It feels remote and sort of tough in a way.

I hiked it around the northern end of the park and then up the mountain. It’s pretty well-blazed for a secondary trail and I only lost my way for a few seconds once or twice. Near the top of the rocky outcrop of Onion Mountain, there was deadly plane crash in November 2012.

I didn’t know that until after my hike… and it’s pretty eerie. Though I did just learn that the fuselage has been removed… it was a pretty small plane and not too far down to the road, so that makes sense. Here’s an article about the crash and a picture: 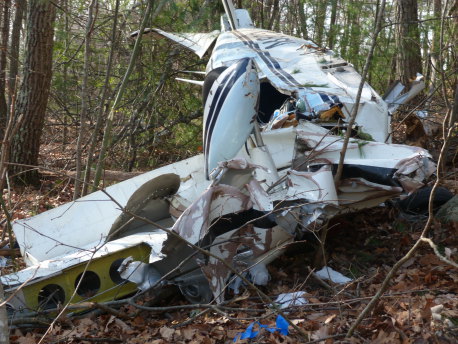 The plane, from one of those Patch sites which existed in 2013

There is a little seasonal view on the back (western) side of the red trail, but nothing to get excited about. The trail loops back east and hits the blue and orange trails. The blue trail heads out a mile or so south all the way to the end of the park. I chose not to bother with it. 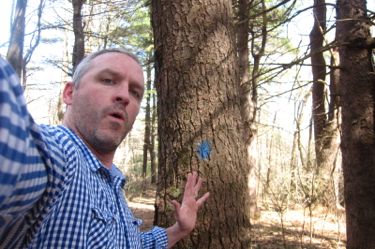 Instead, I went north on the orange trail a little bit to reach a ridgeline and a semi-view east of my beloved Talcott ridge to the east. I could see the Heublein Tower across the Farmington River Valley and once again recognized how pretty places are so near my house. 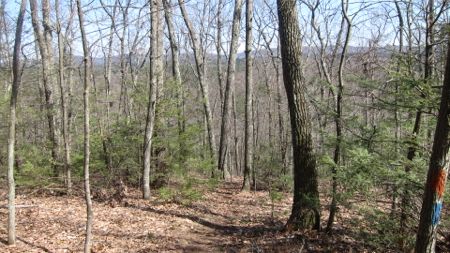 I went back to the blue trail and bounded down it back to my car, with a short detour onto the yellow trail. There was a huge group of kids and their parents around the little reservoir thing near the lot. I didn’t bother walking over there to check it out because I didn’t want to deal with all those kids.

Onion Mountain is a perfectly fine place to go for an hour or two. There are other places within 10 minutes of driving that provide better views but hey, “Onion Mountain” sounds exotic. It’s especially nice if you bring your kids to Flamig Farm and then want to go for a hike next door – just don’t take them on the Red Trail. It’s not worth it. 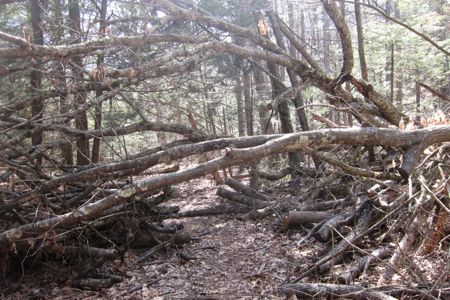 Some serious trail clearing here. Why leave those 2 branches though?