Powder Hollow has opened an outpost in Middletown and one at Yankee Candle in Massachusetts. R Dee Winery and East Coast Cider both operate out of the same building.

Is it true that when a guy says, “I’m a nice guy” there is a good chance that he’s actually not a nice guy? This question has always plagued me.

Because I’m a nice guy. 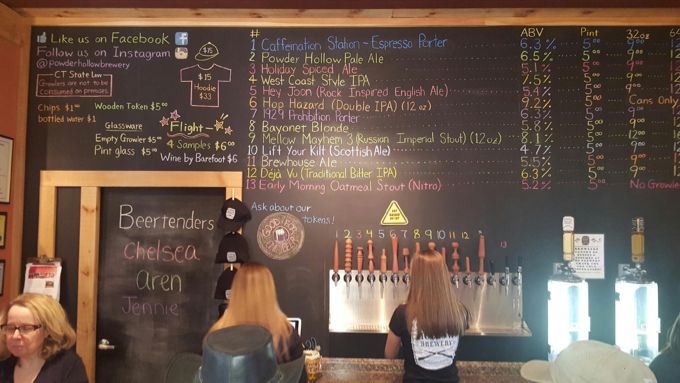 An opinionated, honest, nice guy who has an interest in disseminating his observations and opinions via a fairly popular website about stuff to do in Connecticut. But you know all that.

I’m writing this in late 2016. Powder Hollow just celebrated their second birthday a month ago. From all appearances, young brewer/owner Mike McManus’s brewery is successfully humming along. And that’s impressive. Mr. McManus opened this place when he was twenty-four. What were you doing when you were 24? I sure as heck know I was in no position to fund, build-out, create, manage, and operate my own business.

And you probably weren’t either. 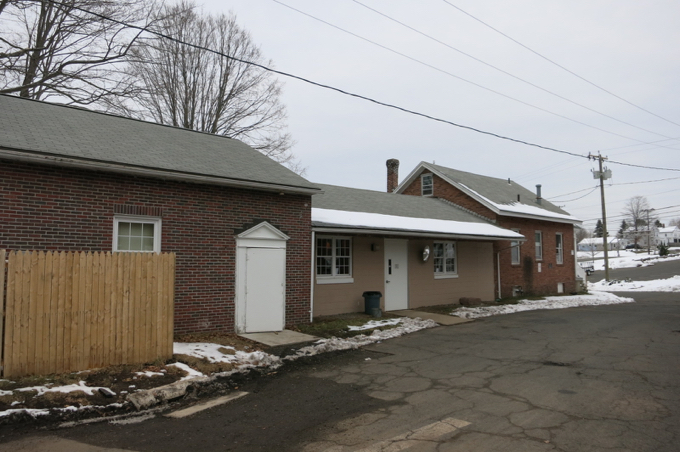 Powder Hollow exists in a beat-down old factory complex that he reclaimed himself. The tap room is very well done. It’s homey, inviting, and comfortable. The bathrooms are nice. There are historic pictures and maps of historic Enfield. The bar itself is nice and even the lighting is above average for a brewery.

As for the brewery’s name… Powder Hollow is in the Hazardville section of Enfield. This sounds nuts, but Connecticut History says that “40% of all the gunpowder consumed in the Civil War came from Powder Hollow in Hazardville.” 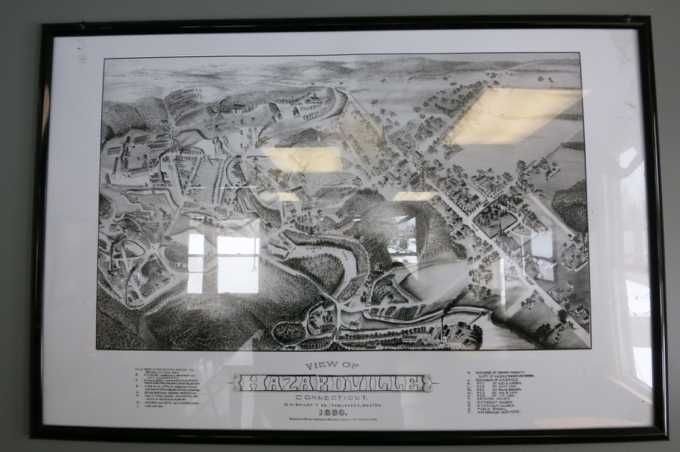 Not only that, but during the attack on Fort Sumter, the opening engagement of the war, Confederate artillerymen actually used Connecticut-made powder. Far from characterizing the dangers inherent in gunpowder production, Hazardville was named after Colonel Augustus G. Hazard, the gunpowder manufacturer who established over 100 separate mills on 400 acres of land in Enfield. 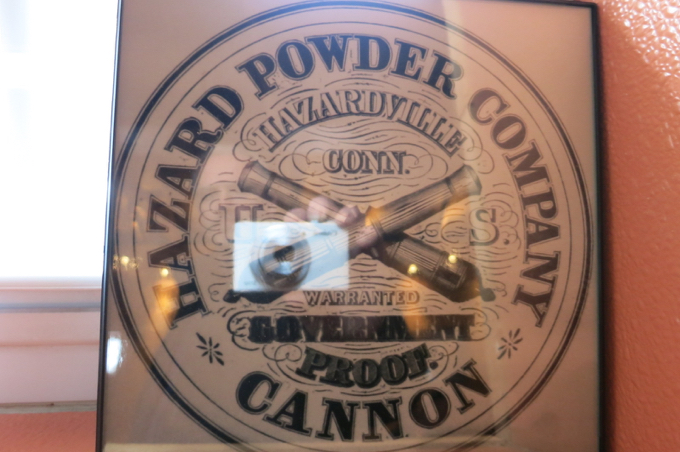 LOL at the reflection in this picture. I’m the worst.

I first visited this place on Powder Hollow’s opening weekend – something I tend to avoid, but I was in the area – and was initially impressed with the set-up. Not to mention that when Powder Hollow opened, their business model was somewhat new in Connecticut.

Powder Hollow is one the breed of breweries pioneered, in a way, by Firefly, perfected by Broad Brook, and nicely copied by Powder Hollow. That is, it is a neighborhood brewery. It’s a local pub where the beer is brewed onsite. Powder Hollow built a local fan base of an after work crowd and weekend locals. (This model is now prevalent all over the country, but back in 2014, it really wasn’t here.) 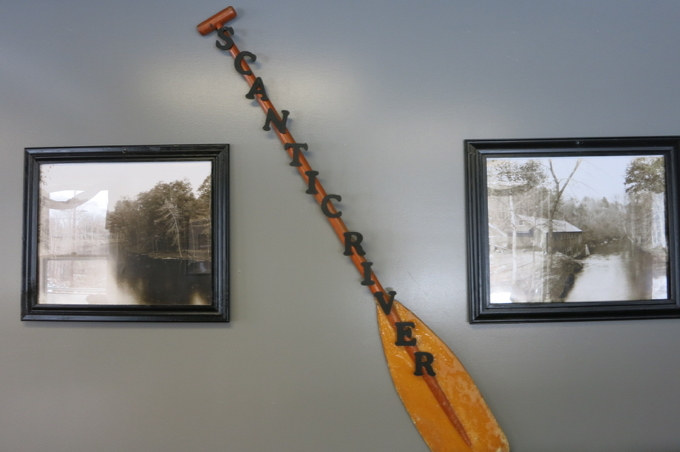 It’s always interesting to me how divergent new brewery set-ups can be these days. McManus had a plan, he put it together, and got it done. And it’s working.

I revisited during the brewery’s second birthday part and it was pretty well packed with people I never see at other breweries. Scores of patrons were wearing Powder Hollow sweatshirts and tee-shirts. Powder Hollow and Enfield seem like a great match. 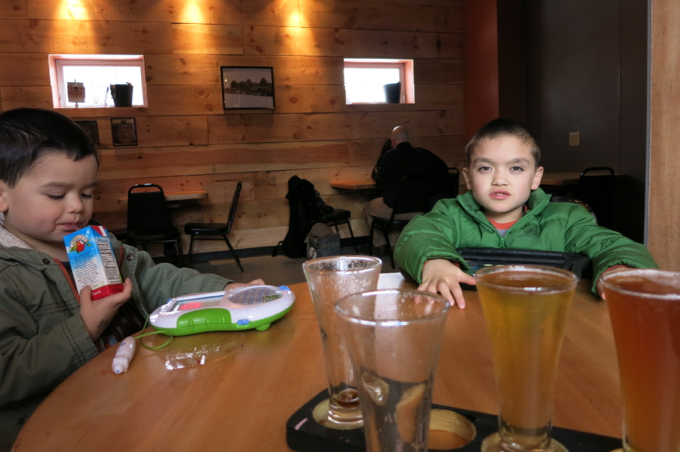 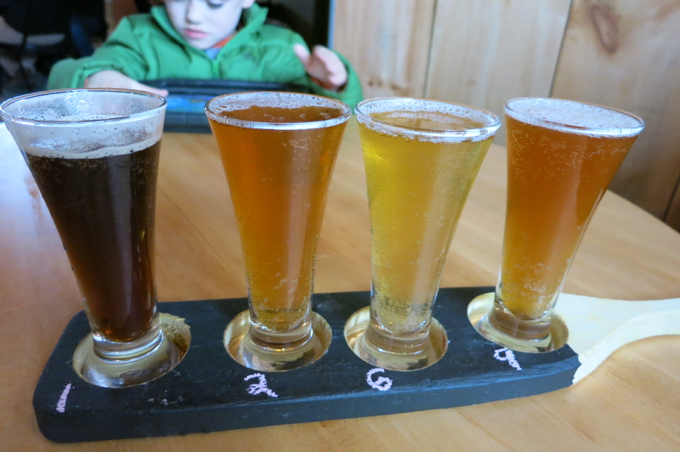 Imagine my shock upon finding 9 beers on tap during opening weekend. NINE. That’s just… crazy. And frankly, somewhat off-putting. Two Roads didn’t open with 9 beers on tap. They are also open seven days a week, which is also bonkers. And only Two Roads (I’m guessing) matches that. 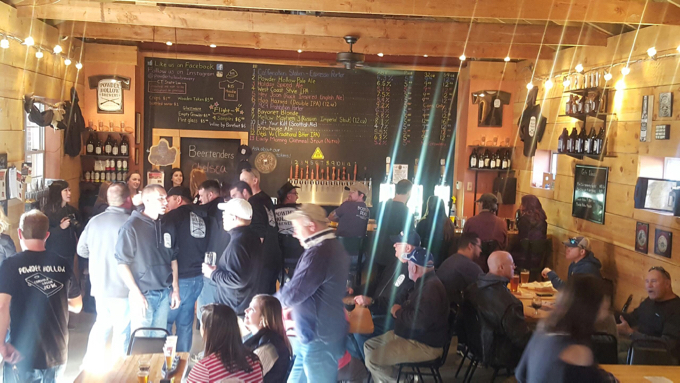 Probably unfair on my part, but I just can’t believe a tiny new brewery run by an (at that time) unknown quantity can put out 9 decent beers right off the bat. Well, my fears were realized as the flight I had at opening was… let’s say… not a flight I want to repeat. There was major turbulence, you could say. Powder Hollow’s website states:

Each of our beer recipes uses only the finest hops, wheat, barley, and other ingredients to combine for a fine tasting brew. The smoothness of each swallow is unsurpassed.

Yo, I’m not a brewer, but I am a writer. I could help y’all out with that. Let me know. 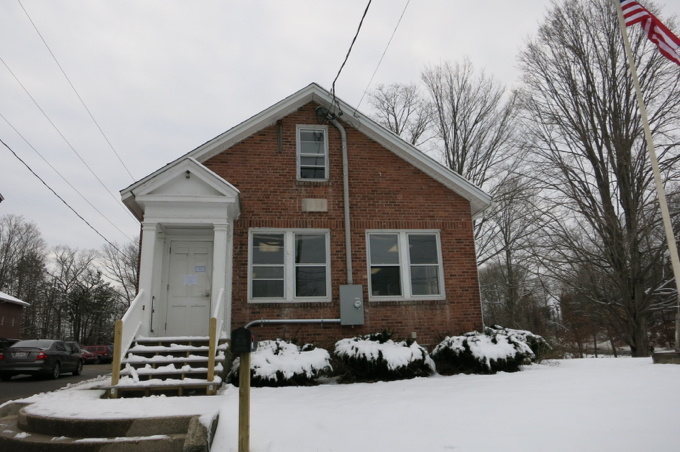 It looks like a house from the main road

The beers were thin, unfinished, boring, staid, and almost tasted like they were brewed from extract. They weren’t – or at least I don’t think they were, but damn, 9 beers at opening in 2014 raises eyebrows – but I wasn’t too high on this brewery right out of the gate.

Over the next two years, the brewery grew; from five employees to 15. They moved to canning and signed a distribution deal with Cellar Fine Wines and their beers are in a lot of stores now. They sit unloved at the end of lower rows. I bought a few over the years and while they were all terrible, their Strawberry Fields beer was honestly the worst distributed beer I have ever tried to drink. Holy crap it was awful. 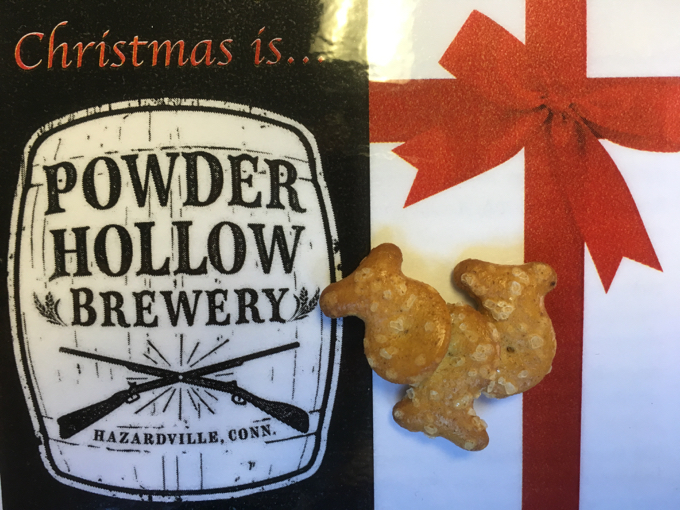 During my revisit at the two-year birthday bash, I sampled a couple more of the 13 on offer. Had an “English Ale” that was… not exciting – or discernible from other amber/brown beers on tap. Had an IPA that tasted of soap (which is weird because that usually happens from sitting in the fermenter too long and with the number of beers on tap, that seems impossible.)

Other than me, everyone seemed to be having a grand time at the brewery each time I visited. Perhaps I’m crazy. McManus reports that he can’t keep up with the demand for his “West Coast” and “Hop-Hazard” IPAs. Cellar Fine Wines sure seems confident in their account, putting Powder Hollow’s product all over the state. I refuse to believe this. 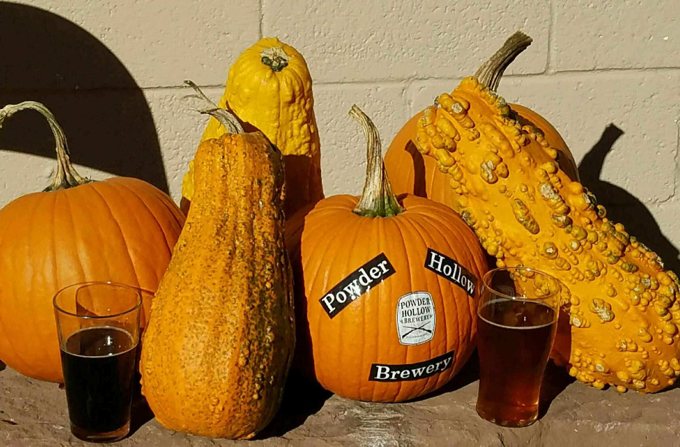 Of course I want Powder Hollow to succeed. Their space is decent, McManus seems like a nice guy, and we all love small local businesses. The “local pub” thing is working here and that’s really what matters.

With 40 operational breweries in Connecticut at the end of 2016, you need to find your niche. Whether its top tier beer, a top tier tasting room, a top tier distribution relationship, or a combination of two or all three. And despite my reservations about the beer itself, Powder Hollow seems to have found their place in Enfield.

I worked at LEGO in Enfield for a few years and therefore had the opportunity to grab a couple after work beers with coworkers. Powder Hollow always has customers. And the beer in 2017, 2018, and 2019 was never good. Enfield is thirsty, man. 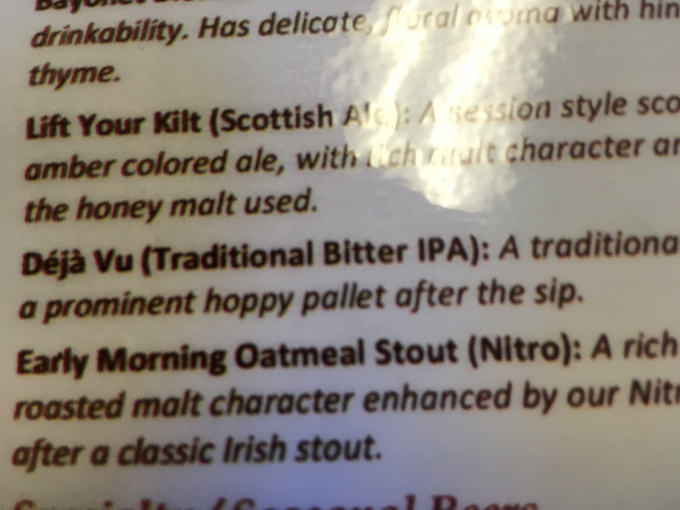