Every CTMQ reader knows about the historic importance of The American School for the Deaf in West Hartford and Prudence Crandall Museum in Canterbury – two Connecticut educational institutions that broke barriers. 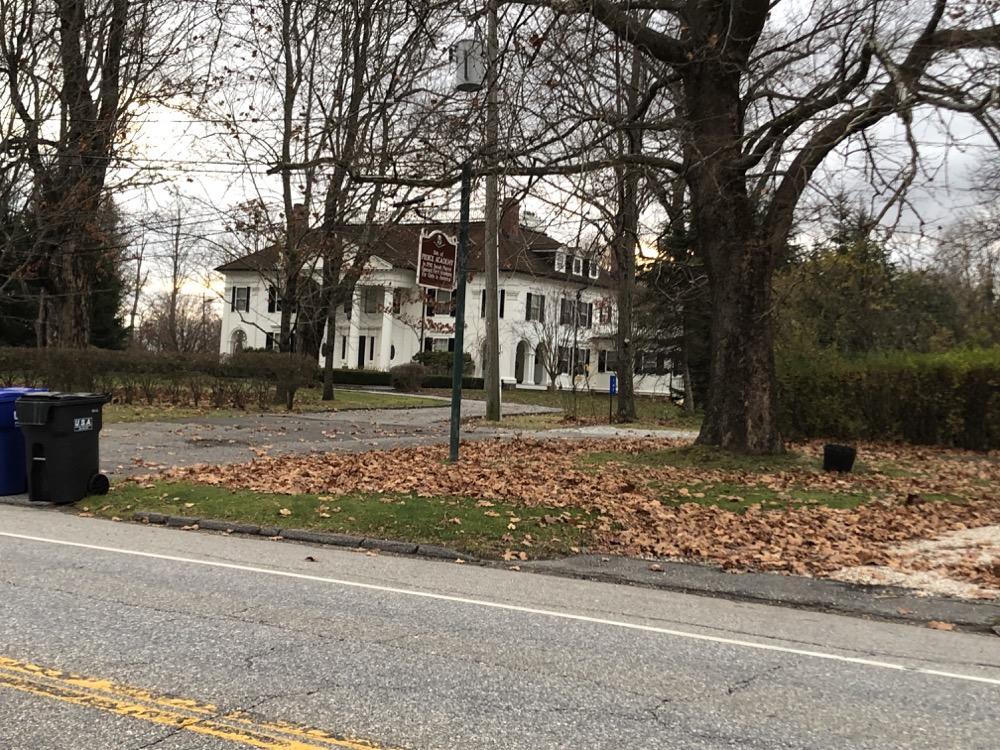 Many know that Litchfield is home to the first law school in the US, but some of you may be surprised to learn that the same town is also home to the Litchfield Female Academy. Actually, no, that wouldn’t surprise you. In fact, it sure sounds like something that would be located in Litchfield.

When I first learned of the Female Academy, which was located just north of the center of town on North Street, I was under the impression it was the “first” female academy in the US. I thought that two paragraphs ago for some reason. Oh yeah, now I remember why I thought that: 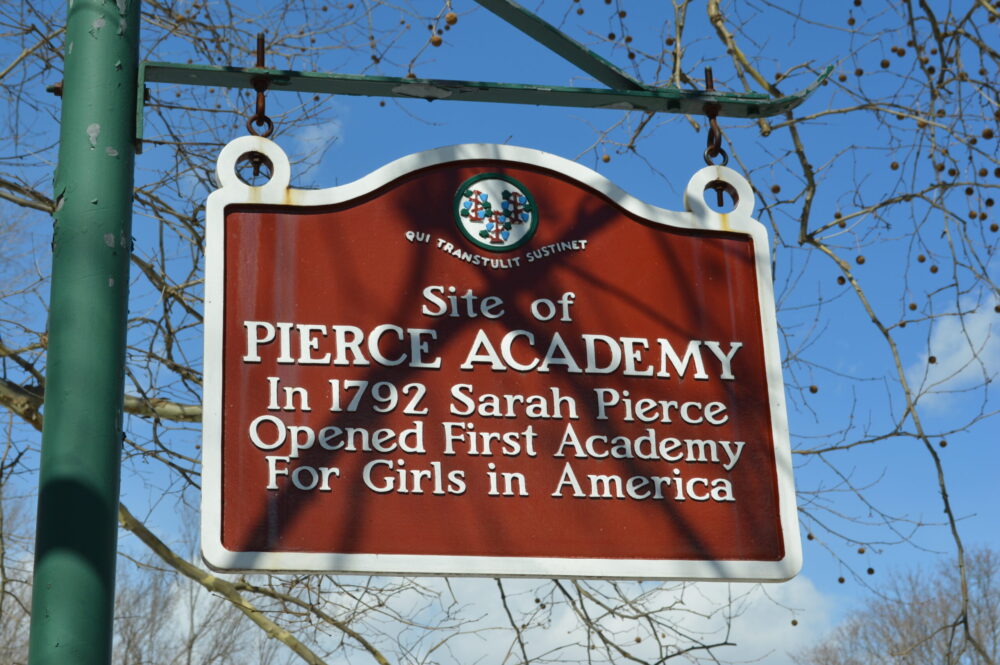 Now, perhaps the Connecticut organization that made these brown signs that dot the state had some sort of distinction with the definition of the word “academy.” Because this place, though very important and very impressive, was not the first. (My one minute of Wikipedia “research” tells me it’s not even close, really – if we include colleges and “schools.”)

But! Like I said, Sarah Pierce’s Litchfield Academy still deserves a page here on CTMQ, as it was one of the most important institutions of female education in the United States. During the 30 years after its opening the school enrolled more than 2,000 students from 17 states and territories of the new republic, as well as Canada and the West Indies. The longevity of the school, the size of the enrollments, the wide geographic distribution of the student body, the development of the curriculum and the training of teachers, all distinguish it from the numerous other female academies of the Early Republic. The young women were exposed to ideas and customs from all the relatively isolated parts of the new nation, developing a more national perspective than most Americans of the period.

The students boarded with Litchfield residents. One resident, Reverend Lyman Beecher, lived more or less next door to the school. His kids got the free education hook-up because he taught at the Academy. And with the Tapping Reeve Law School less than a mile away, the Academy girls and the Law School boys often mingled and married. 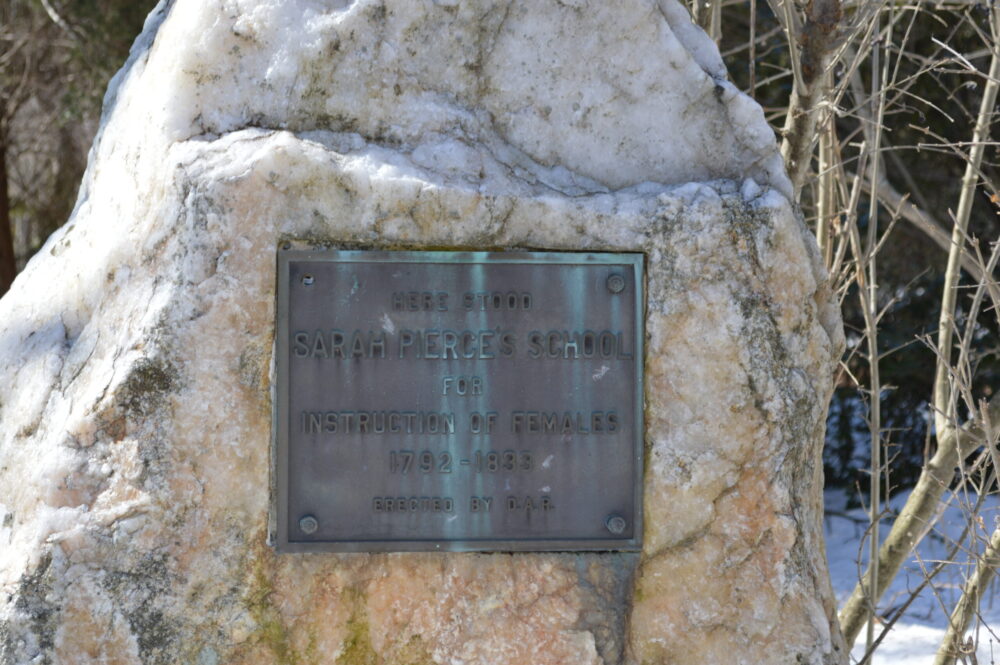 The enrollment quickly outgrew the original building and a second, larger school was built after raising funds from locals. (The building and Sarah Pierce’s home are gone, as they were razed by some magnate to build his summer home – which is in the picture at top. There’s a stone marker at the site now.)

I guess there is some disagreement about just how revolutionary Pierce and her school was. She did deeply believe in the intellectual equality between men and women, but also felt the two sexes were very different – and women shouldn’t try to enter men’s professions like law and medicine. She felt women’s work as mothers was more important than the work of men.

As such, in some ways her curriculum limited her students. Some historians argue she wasn’t all that great because the school so emphasized needlework and art, but that’s a bit unfair. Pierce did purposely hire on college educated men to beef up her curriculum, and the Academy served as a model for Catherine Beecher’s Hartford Female Academy – where Harriet Beecher Stowe attended. 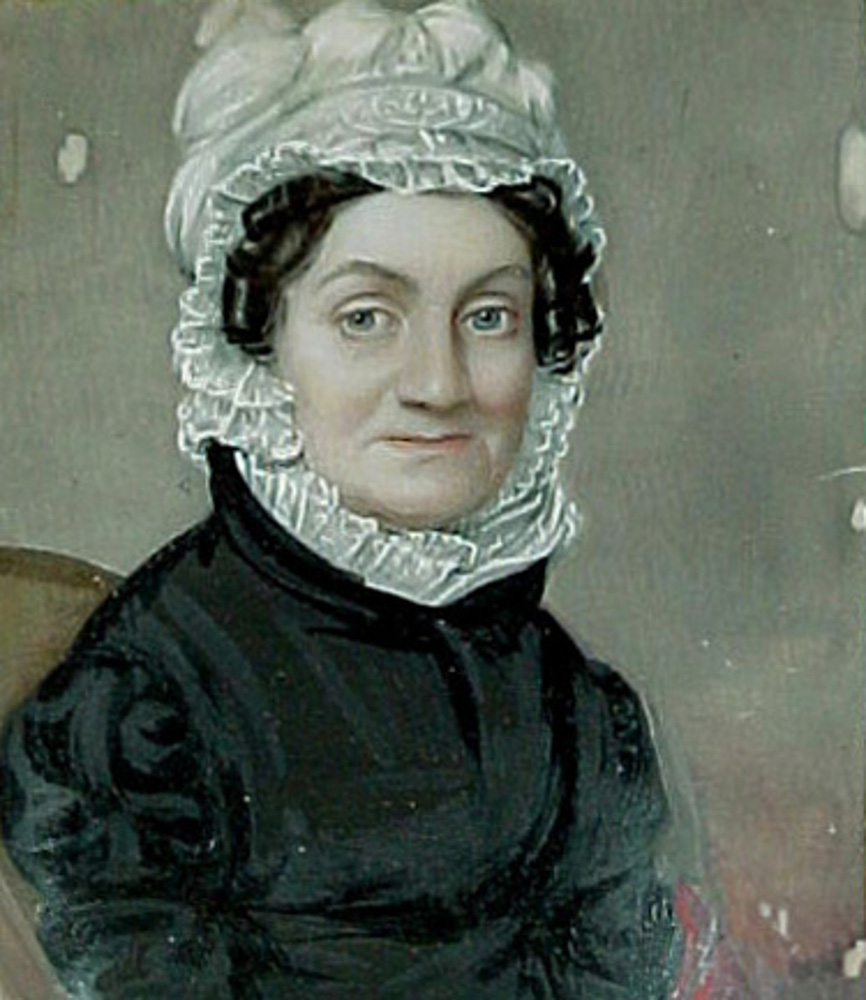 The school offered courses in Latin, Moral Philosophy, Logic, Rhetoric and Natural Philosophy, and other subjects whose suitability for women was debated well into the nineteenth century. Diplomas were awarded to girls completing a full course of study. These young women were aware that they were receiving the highest level of education then available to women in the United States.

And a lot of those young women weren’t just from the wealthy families. The Academy accepted well-rounded middle class students as well, many of whom went on to become teachers after graduating. Several started their own schools all around the young country.

Some pictures and information from Peter Vermilyea and ConnecticutHistory.org