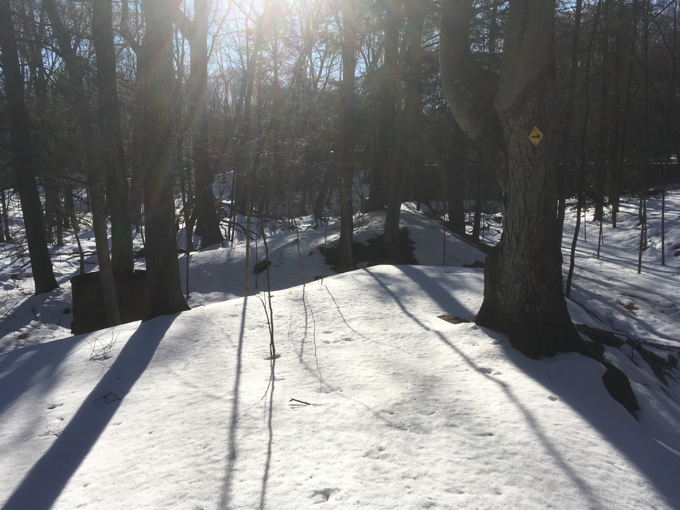 Scitico is a section of Enfield on the eastern border with Somers. In fact, this easternmost section of the park is partially in Somers. This section is often referred to as “Scantic River Park East.” There are two main entrances; one is on Hazard Avenue (route 190) and one is on Bailey Road – at which the sign says “Scantic River State Park South.” 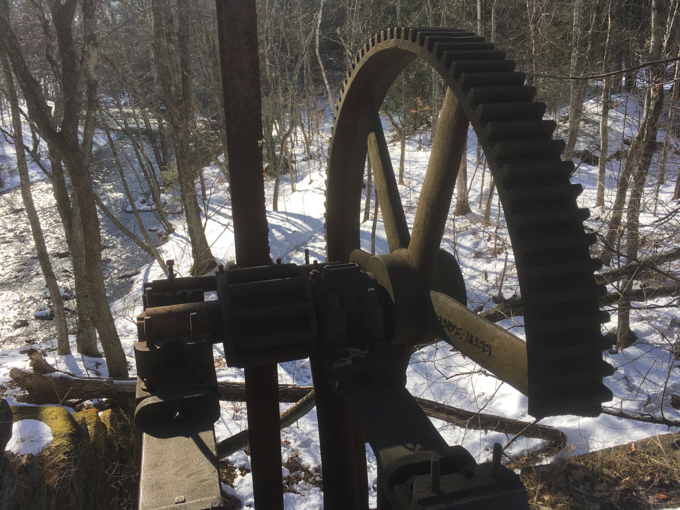 Let’s first around the “northern section of the eastern section” of Scantic River State/Linear Park. In other words, from the main entrance on 190 near the Somers border. I had Damian with me.

The parking lot is ample here. I mention that because the trails kind of aren’t. Sure, the main trail starts off straight and bold; cleared well through the brambles and forest, taking the hiker down to the Scantic River. This is known as the Chief Scitico Trail and the entire lollipop loop is 1.2 miles long. 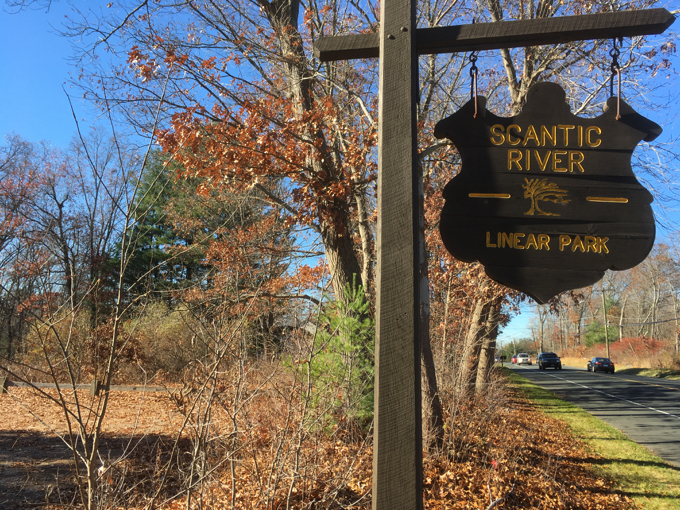 After a few minutes, the trail fades a bit, but is certainly still passable. Damian and I took some detours east onto some side trails.

I was rather surprised at how high above the river we were on some rather steep slopes. With Damian, I became worried, as he is not the surest of foot. I wound up more or less carrying him for a bit to get back to safer ground. 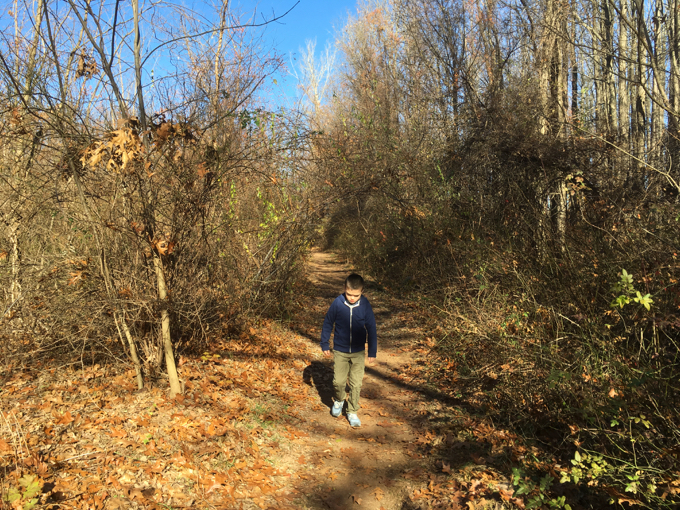 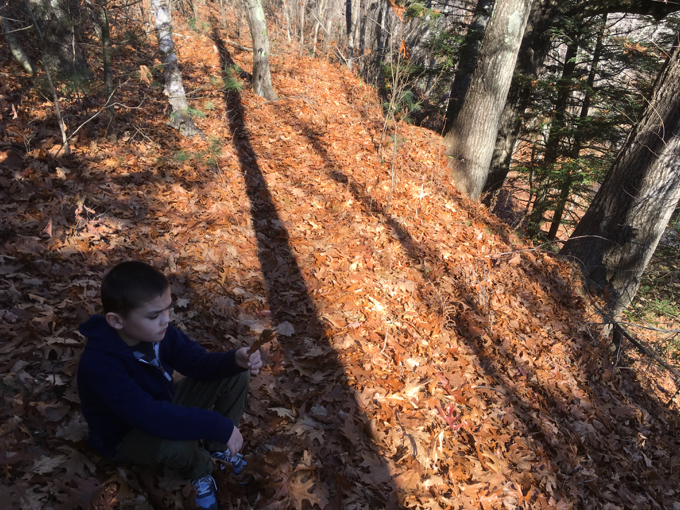 Through pure happenstance, the name comes from Augustus Hazard; the businessman who built the hugely successful company in Enfield. You can learn all about it here, via the Enfield Historical Society. 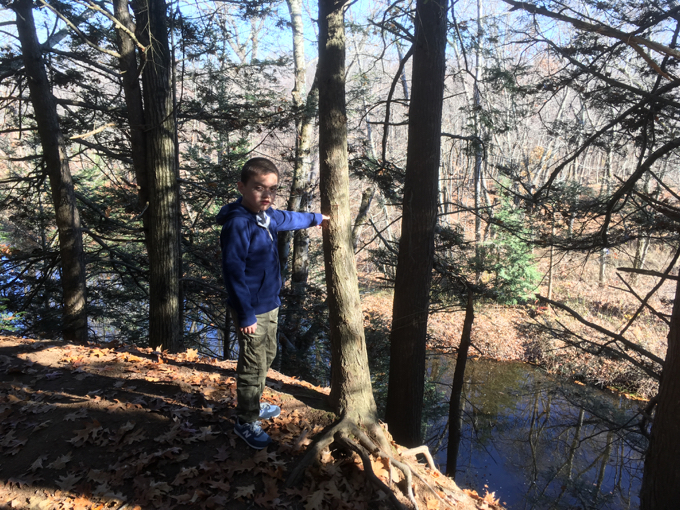 This is, of course, how the area also got the name Powder Hollow… which lives on at the Powder Hollow Brewery very near where Damian and I were hiking.

Aside from the main loop trail, there is a side trail that head out and back east into Somers. This is called the Keeney Mill Trail and is not cleared very well. It heads over to the site of the old Keeney Mill, which I’m sure is fine and dandy, but we skipped it. 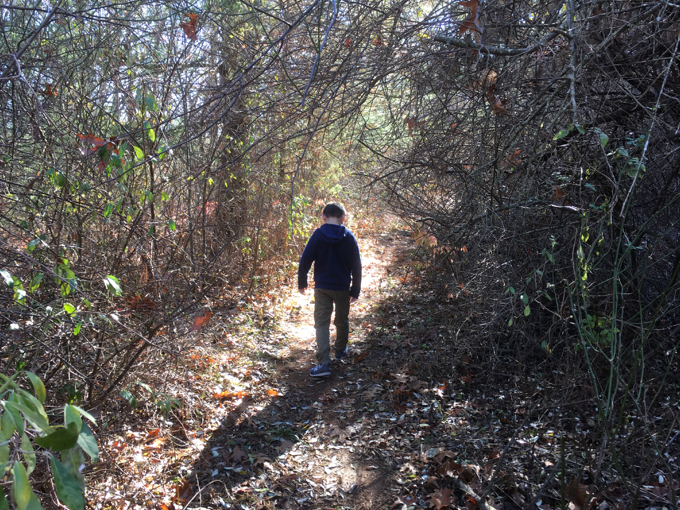 Later, as you can tell by the snow, I visited the south section of the Scitico (eastern) section of Scantic River State Park. There is a little parking lot here as well (though it was inaccessible to me due to a wall of snow.) 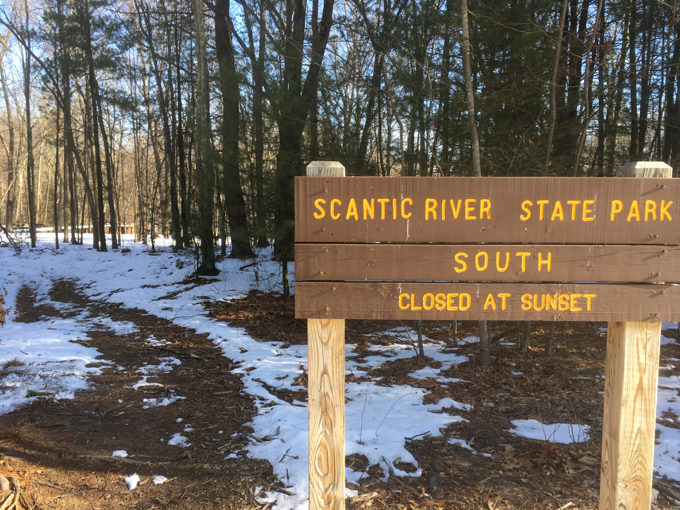 Oh. There’s a “south” too, apparently

If you have a hankerin’ to hike this section of the park, I’d recommend this southern area. There are a few explanatory signs along the way and lots and lots of cooler-than-usual factory remnants. 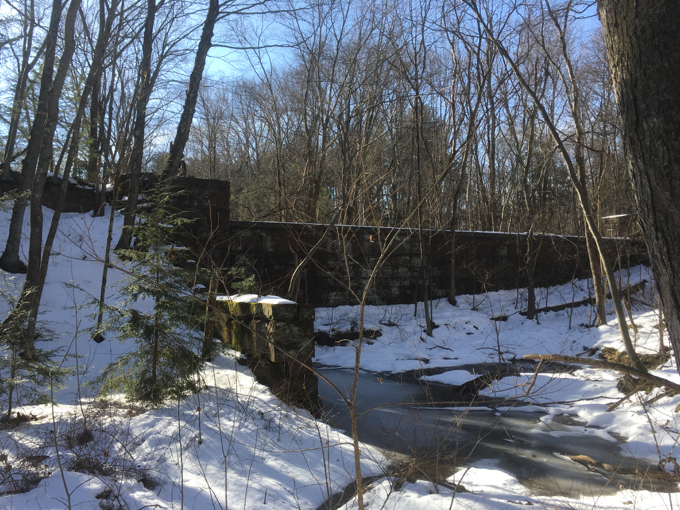 Hazard Powder Company consisted of 400 acres, 3 dams, 200 buildings, 4 miles of canals, several storage ponds and 14 miles of carriage roads. I love this sign I came across on my hike. Perhaps they were running out of room, but the unceremonious end to the Hazard Powder story cracked me up.

The little loop west from the hiker’s lot takes in bits and pieces of pretty much everything the company built. A raceway canal, a giant dam, huge iron gears and such. 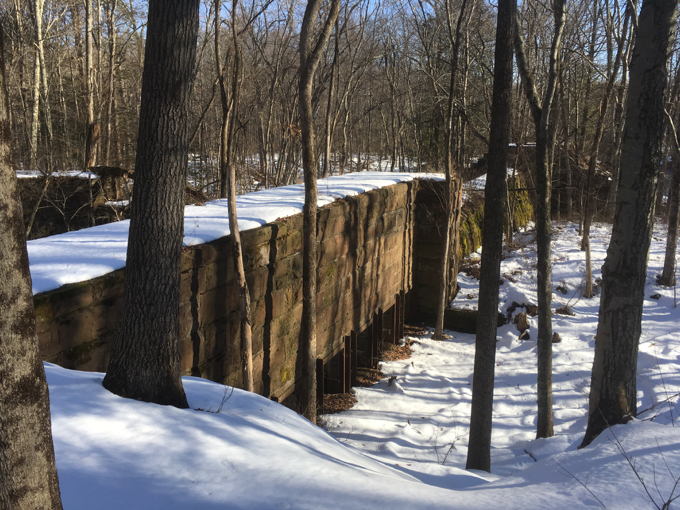 I imagine it’s probably better to hike here in the spring or fall, but I rather like being the lone wolf, breaking trail through the snow. In the summer, the park is sort of overrun by locals who apparently like to drink and skinny dip and everything else associated with such activities. 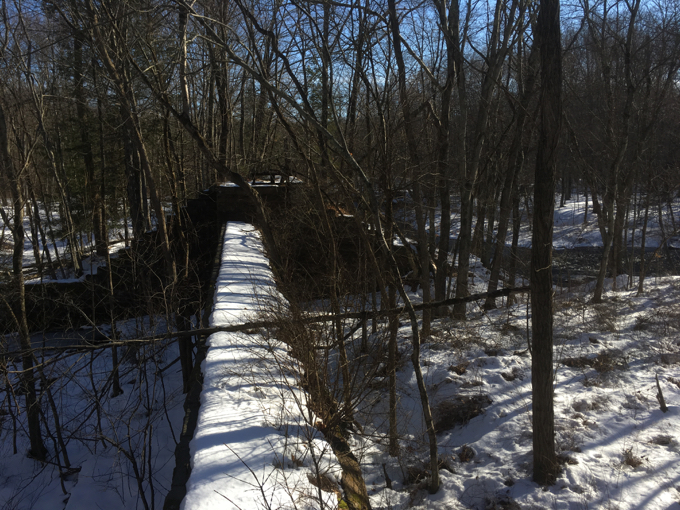 There have been news stories about the activities and how the locals rather hate it. I can report that I found some underwear myself, and there are signs alerting visitors that they cannot possess alcohol within the park. I’m sure that’ll stop them. Again, there are literally dozens of entrances to this place; I’ve only highlighted the “official” ones. Side trails scramble all over the park, so be sure to bring a map to be able to figure out where you are. 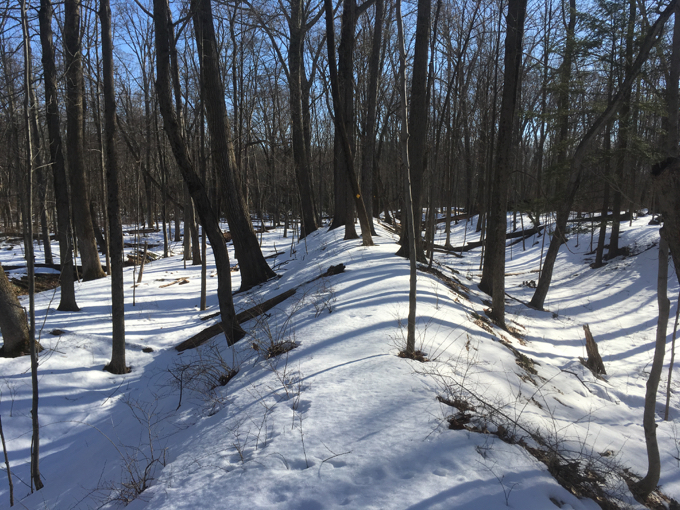 You can explore more of the Scitico section if you wish. As for me? I had to handle the Hazardville (West) section as well, so I’ll leave you to it. 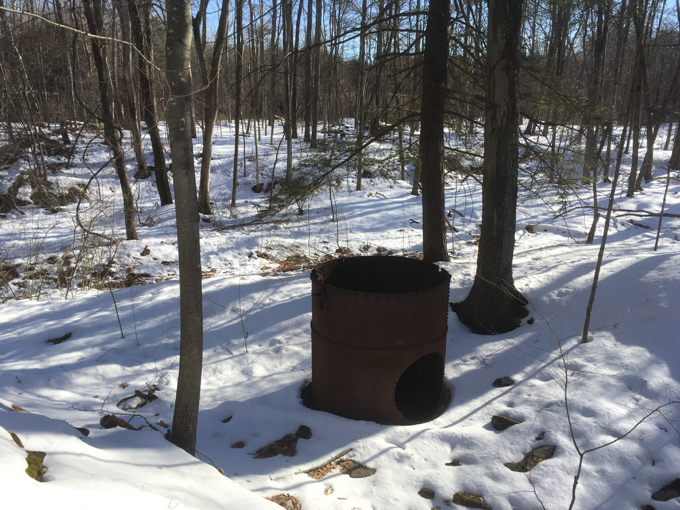 (Yes, that’s right. Despite me writing all about Hazardville, the other Enfield section bears that name. Like I said at the outset…it’s all a bit much. 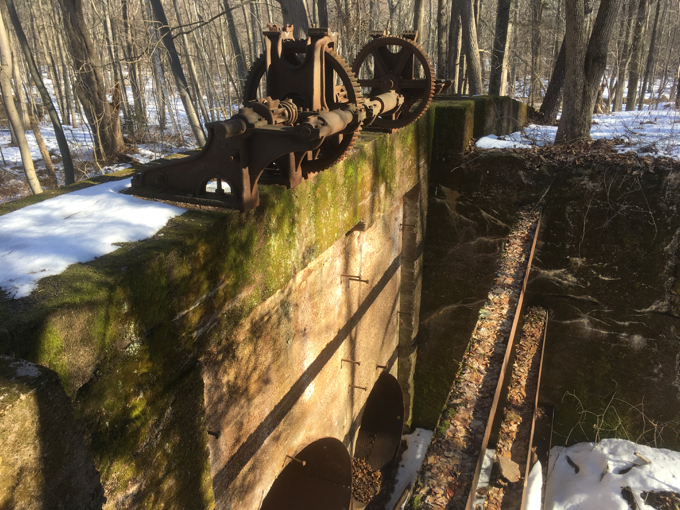