For whatever reason, people are often surprised that Subway is a Connecticut Company. Why? Every company has to start somewhere. Maybe because in Connecticut sub sandwiches on sub rolls are called grinders on grinder rolls. (And where I grew up, they’re hoagies on hoagie rolls… and having grown up on WaWa hoagies, I only eat Subway subs when in dire, dire straits.)

But why am I writing about Subway on CTMQ? After all, plenty of companies were founded and are headquartered here. I’ll tell you why: Because Subway is located on a road named Sub Way… and I love that. Mind you, Sub Way isn’t some corporate cul-de-sac. Oh no, it’s a very busy road that eventually changes names to… Bic Drive. Why? Because Bic’s international headquarters are there. 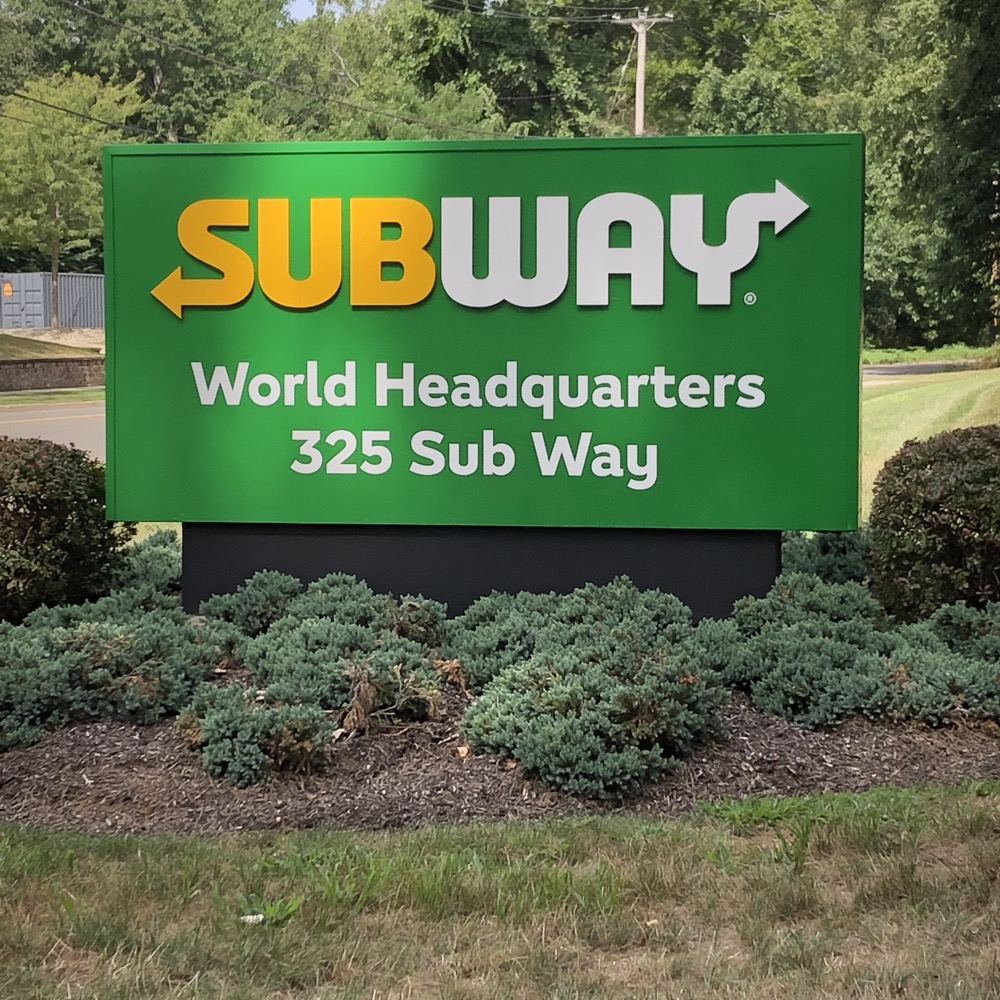 That’s right. Sub Way with Subway becomes Bic Drive where Bic is. This appears to be a Milford thing, as I can’t recall it being a thing anywhere else in the state. More fun? Bic Drive was where the infamous Quaker Oatmeal Lots where in the early half of the 20th-century. That’s a great story.

So that was pretty much the impetus for this page. Everyone loves wacky road names, including me. (Unsurprisingly, I maintain a list of them.) But when I started poking around the world of Subway, I learned some interesting things about the company. Seriously, stick with me here.

Subway was founded by 17-year-old Fred DeLuca and financed by Peter Buck in 1965 as Pete’s Super Submarines in Bridgeport. The restaurant was renamed Subway two years later, and a franchise operation began in 1974 with a second restaurant in Wallingford. It has, of course, since expanded to become a global franchise. 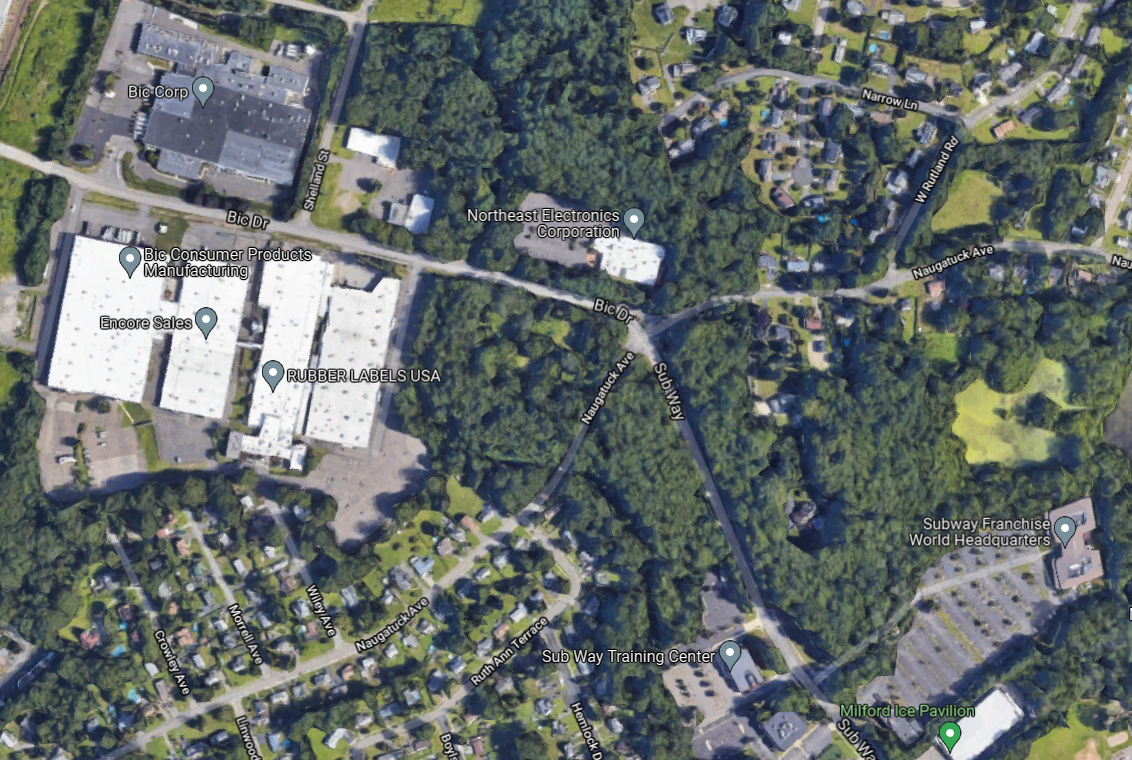 The first Subway outside of North America opened in Bahrain in 1984. Really? Not, like, Canada? At the end of 2010, Subway became the largest fast food chain worldwide, with 33,749 restaurants – 1,012 more than McDonald’s. They’re everywhere. On a drive to my brother’s wedding few years ago, I remember remarking that there was a sign for Subway every other exit in West Virginia and Kentucky. Everywhere.

The chain infamously began falling apart from 2015 onward. Founder DeLuca died that year which seems to have been the catalyst. In 2016, Subway closed hundreds of restaurants in the U.S., experiencing a net loss in locations for the first time. However, it remained the most ubiquitous restaurant chain in the U.S. In 2017, the chain closed more than 800 of its U.S. locations. In April 2018, the chain announced it would close about 500 more that year. Deep discount deals meant less profit for franchisees, who complained.

When you’re the biggest, people take shots. And they’re not always fair. Who remembers when attention-fiend “lifestyle blogger” Vani Hari got everyone all fired up because Subway’s bread was made of yoga mats? Of course, all fast food bread contains azodicarbonamide, which is used as a whitening agent and is perfectly safe as a chemical agent. Subway discontinued its use… but no other chain did. Which is LOL funny to me.

And who remembers when some other non-scientist sued Subway claiming their tuna fish wasn’t actually tuna? We all do, right? But does anyone remember how that claim disappeared and that Subway’s tuna is actually tuna? Poor Subway. 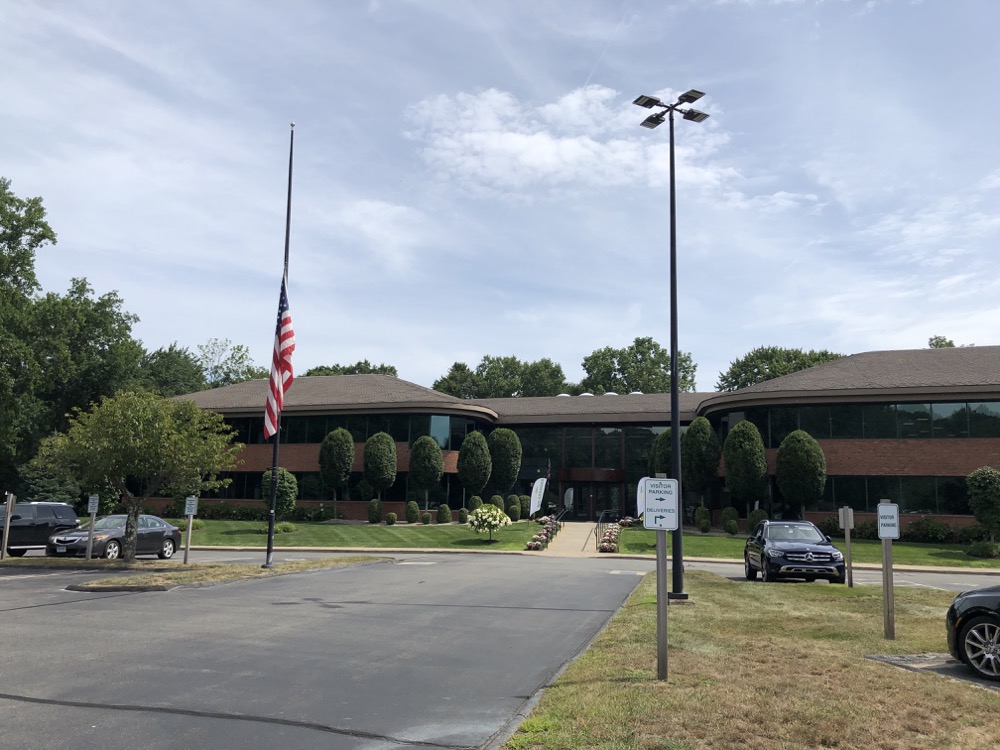 Subway World Headquarters, as seen from my car

But check this out. The Cold Cut Combo contains no pork products. I remember way back in my bartending days one of the afternoon alcoholics telling me that. And it’s still true. The cold cuts in Subway’s Cold Cut Combo are turkey bologna, turkey salami, and turkey ham. I didn’t know you could make salami or ham from turkey, but Subway’s been doing it for decades.

And then there’s disgraced former spokesman Jared Fogle, who is rotting away in a federal penitentiary for possession of child pornography and underage sex tourism and… you can Google his crimes for yourself. Fogle is a sick, sick person. The worst part is that a Subway franchisee in Florida alerted the company’s executives about his pedophilia years before he was finally arrested and charged.

Fred DeLuca was a tireless autocrat. He was a serial adulterer and noted cheapskate. But he built the Subway empire and was immensely successful. I highly recommend this Business Insider article about him and what has happened to Subway since his death.

That’s enough Subway. And hey, in 2021 there are still a billion Subway shops around the world. But more importantly, they got Milford to rename whatever the road was before to Sub Way. Which kind of rules. 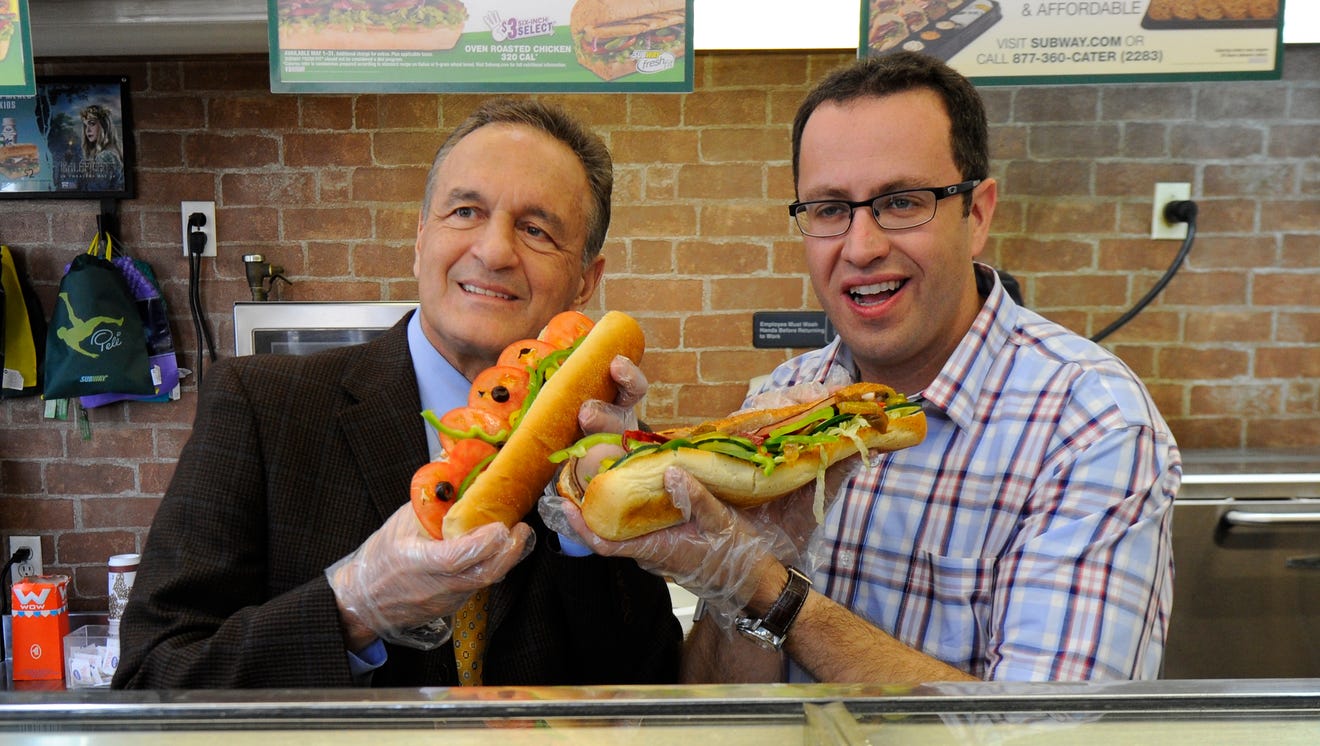