CTMQ > Everything Else > Superlatives > The Boat Building

Yes! Another page about another insurance company in Hartford. This isn’t a surprise, is it? After all, the capital city laid claim to being the “Insurance Capital of the World” for a century. (While people still say it, I believe it’s no longer technically true insofar as such a claim can be measured.) 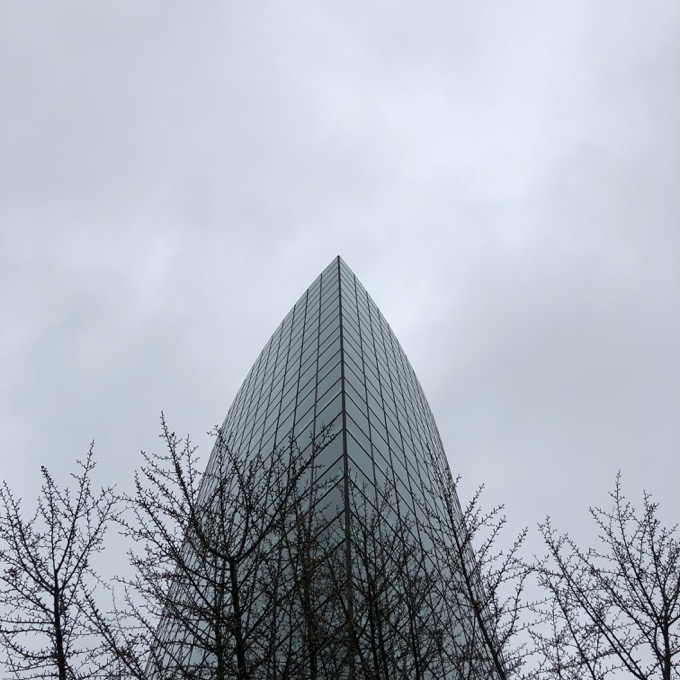 Speaking of measuring claims, the superlatives attached to two insurance company buildings are also rather dubious. The Aetna (now CVS) building’s claim as the “Largest Colonial Building in the World” is one thing… but the claim that the Phoenix Life Building is the “First Two-Sided Building in the US” is another.

And speaking of insurance companies getting bought and claims (no, not insurance claims), Phoenix Life is now Nassau Financial Group which has a reinsurance and life insurance business, and… oh you don’t care. It’s not The Phoenix anymore but no one will ever call this building the Nassau Boat Building. So I won’t either. 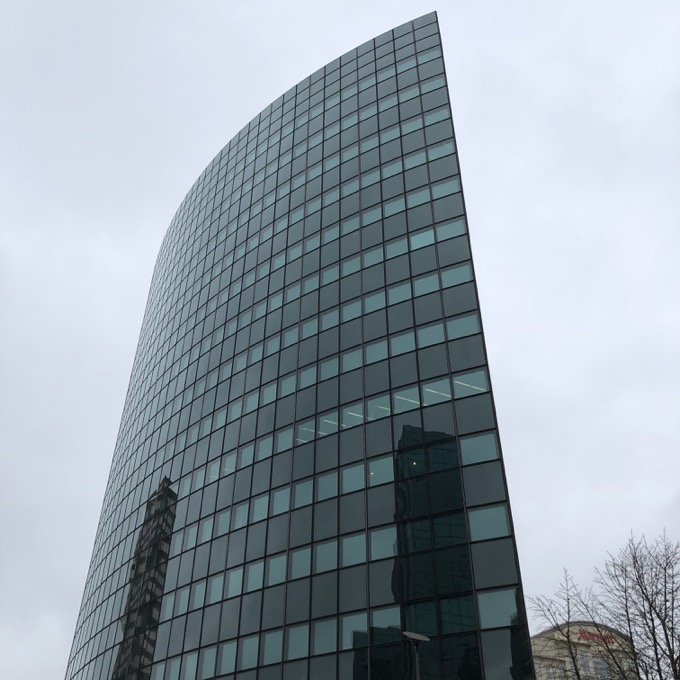 A claim that can’t be challenged is that this building, known to everyone as the “Boat Building,” is straight up cool. Its location right near the Connecticut River in between the concrete expanse of Constitution Plaza and the utilitarian block of the Travelers offices, the Boat Building is a welcome steel and glass diversion. 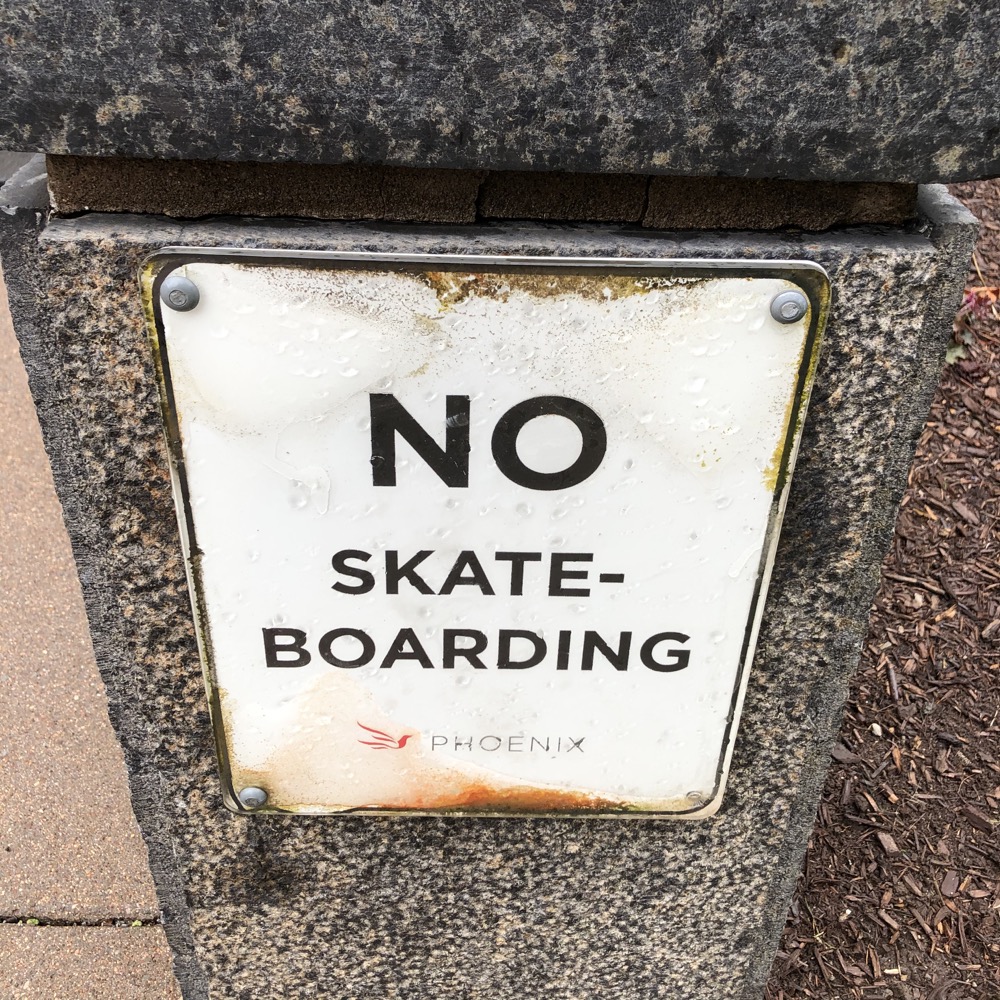 (Technically, the Boat Building was actually part of the Constitution Plaza project, but let’s just pretend it wasn’t.) It was completed in 1963, and… I’ll let the smart people at Connecticut History explain it in a bit more detail:

Known technically as an elliptic lenticular cylinder or lenticular hyperboloid, the 13-story high-rise was the world’s first two-sided building and was designed by recognized 20th-century master Max Abramovitz of the firm Harrison & Abramovitz. (Abramovitz was also known for his role in designing two New York City landmarks—the United Nations Headquarters and Lincoln Center.) Abramovitz designed the building as he envisioned it: a reflection of a daring and progressive company. Some 225 feet along its axis and 87 feet at its widest point, it is oriented so that its pointed ends face east and west and the sides face north and south. Constructed of steel with glass curtain walls, the building today looks as modern and contemporary as it did when it was built in the 1960s.

This is true. It’s such an outlier in Hartford’s skyline and if you told people it was built at the same time that the Connecticut Science Center was built in the 21st century, everyone would believe you. 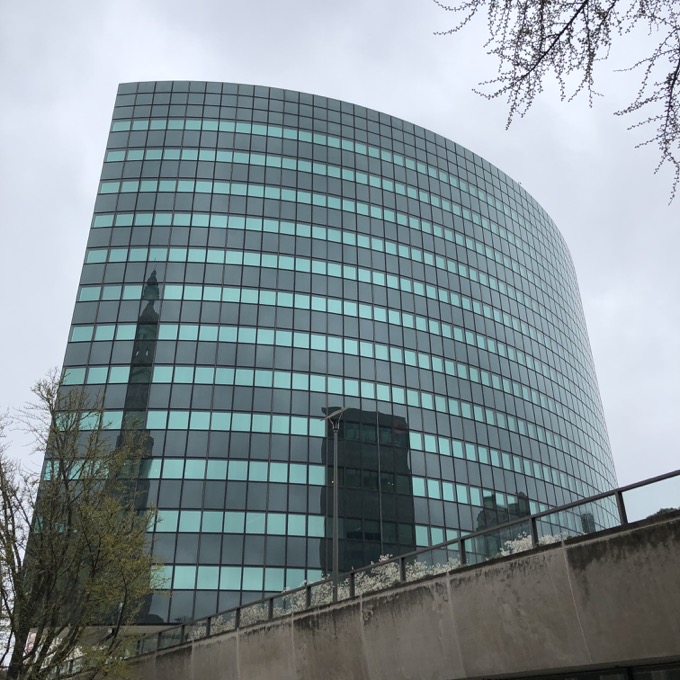 Back in the late 1950’s and early 60’s, the president of Phoenix Life agreed to stay in downtown Hartford and to help revitalize the dying riverfront plaza site. He wanted a headquarters with a bold design. The following is from Nassau’s history page:

Once the decision was made to go against the tide of urban exodus, the company’s president took it a step further. The bold and unconventional architecture of the new headquarters was going to make a statement about the company’s growing track record of innovation. At the same time, it would create a stark contrast with insurance carriers’ then-conservative image.

According to company legend, when the architects unveiled the scale model for the company’s board, there was stunned silence. When the design was presented to employees, everyone stood up and clapped the moment the artist’s rendering flashed on the screen.

The Boat Building brought the company unprecedented attention and permanently changed the company’s reputation. Now serving as the headquarters for Nassau, and home to several tenants, the Boat Building continues to inspire new ideas. 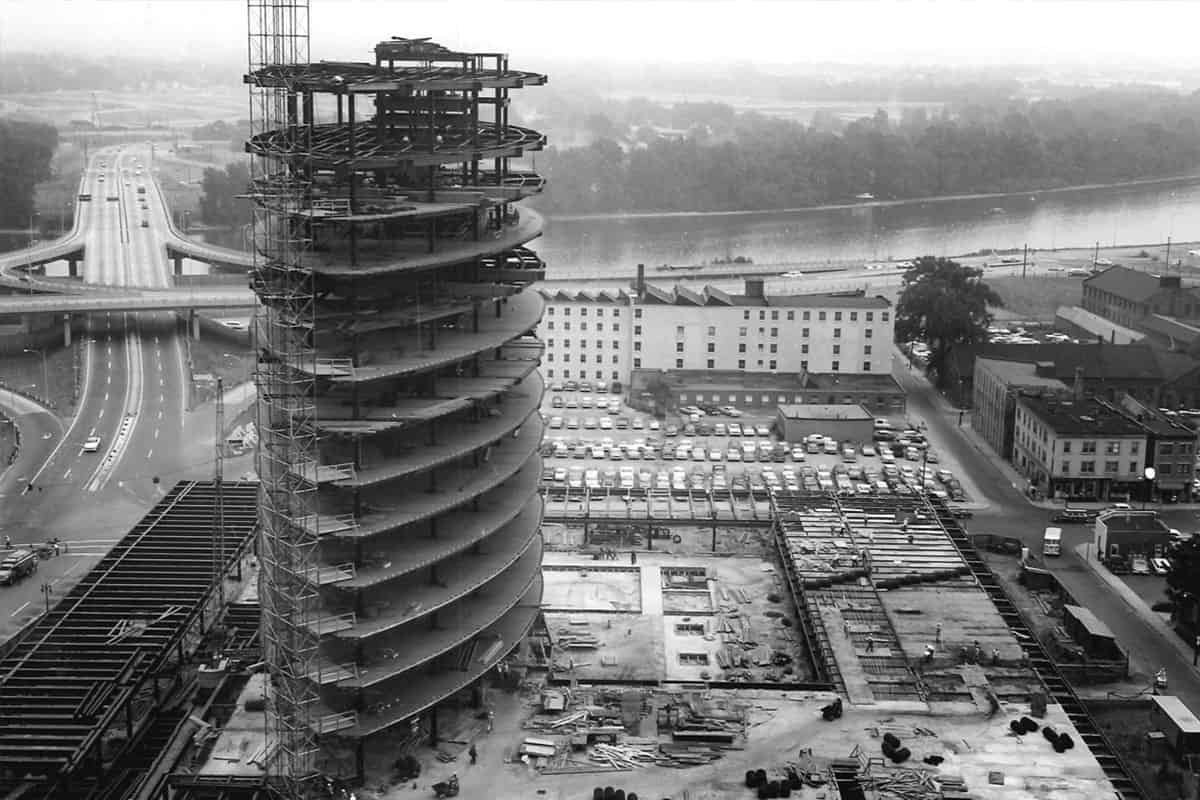 Yeah. That sounds rather apocryphal to me, but when it did open, they offered tours to the public and 12,000 people toured it in its first month of life. In more recent times, the building received a full (internal) makeover and is somehow environmentally efficient, even with all that glass.

It’s footprint is tiny, as it’s actually raised up off the ground on pillars. As part of the 2012 project, several gardens and lots of greenery were added around the base of the building which makes it so much nicer than any other part of the massive plaza complex.

The nearby Travelers Tower is iconic, yes, and the Science Center is nearly as striking, but for my money, the Boat Building is Hartford’s coolest building. So much so that I’ll agree to believe that it is the “world’s first two-sided building.” 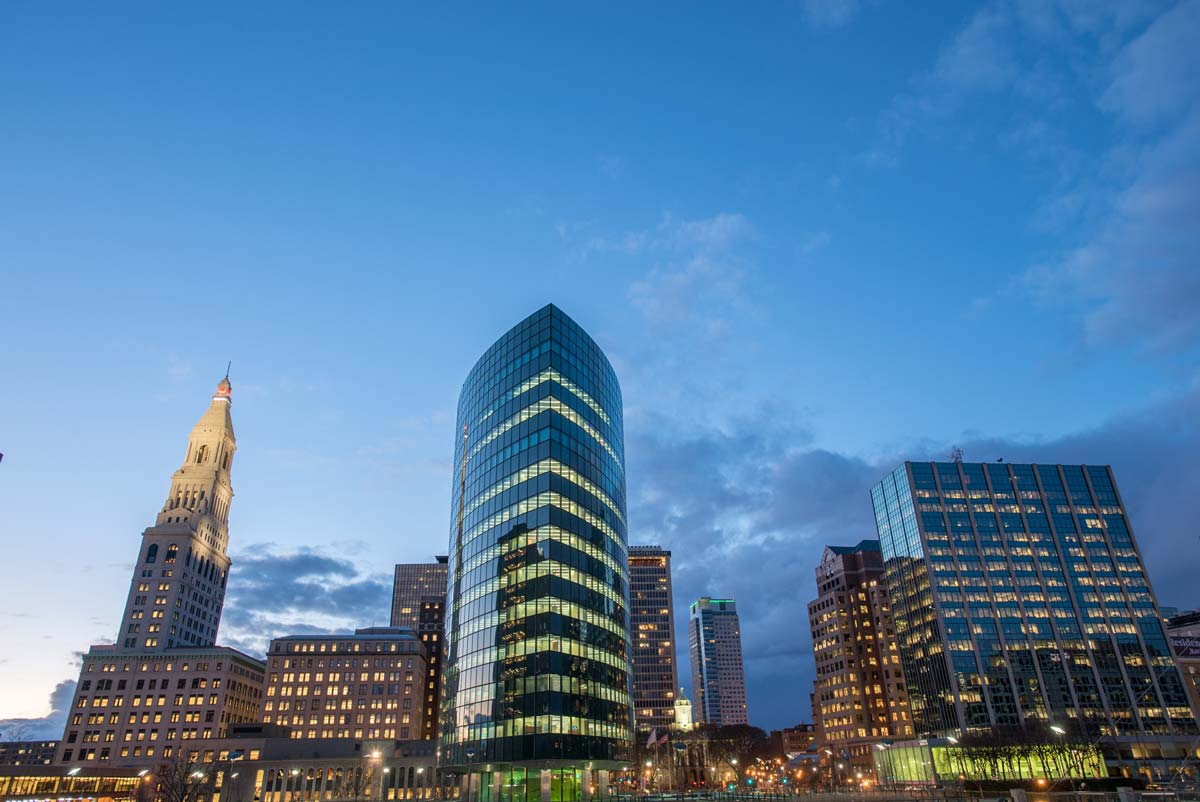