CTMQ > Everything Else > National "Stuff" > The Washington-Rochambeau Revolutionary Route

While the Shaker trail is contained in a very small area, the W3R NHT essentially traverses the entirety of Connecticut east to west. The effort to identify and commemorate this trail, which travels from Massachusetts down the coast through Washington, DC and Virginia (as well as a water trail), has been on ongoing effort for many years. 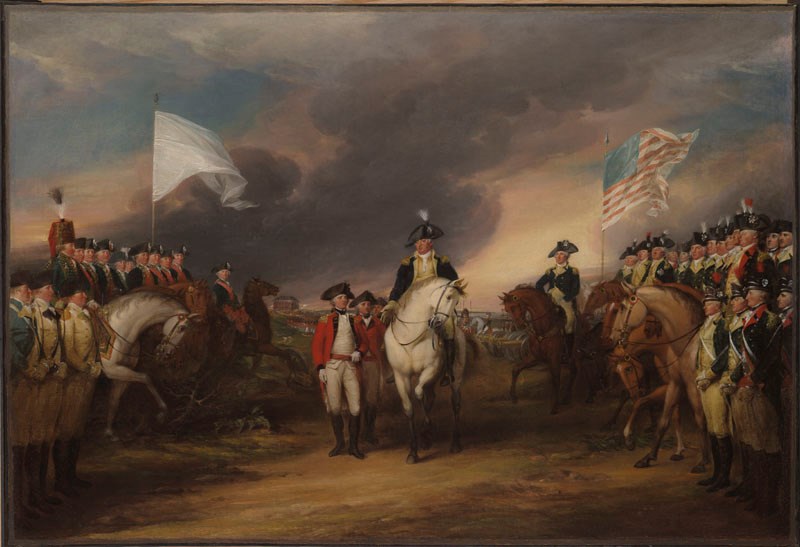 The Surrender of Lord Cornwallis at Yorktown, October 19, 1781 by Connecticut’s own John Trumbull

As such, sites may be added over time, but I’ll try to keep up with it. After all, this is a National Historic Trail overseen by the National Park Service – to some indeterminate degree anyway.

The National Washington-Rochambeau Revolutionary Route interprets and preserves the Washington-Rochambeau National Historic Trail, commemorating the allied French, and Continental armies during the American War of Independence, and the hundreds of miles travelled to, and from, the victorious Siege of Yorktown in 1781 and 1782.

The military, logistical and cultural significance of the march deserves recognition as a pivotal point in American history. Without the assistance of thousands of French soldiers and sailors, many of whom gave their lives, the outcome of the war could have been different. The W3R-US strives to educate visitors about the crucial aid provided by France to the United States during the American Revolution.

The National Park Service has a fantastic write-up of the history of the march and the revolutionary effort. I’ll only be focusing on the Connecticut sites of course, and will get into their specific histories on each individual page. Sound like a plan? Good, let’s get going.

Listed alphabetically by town to keep it simple for me.

Number represents the order of the dates of stay. FIC refers to “French Infantry Campsite.”