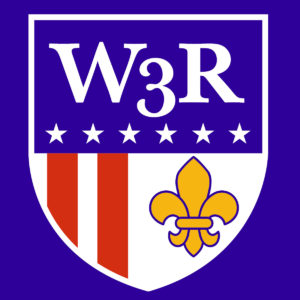 Sometimes the W3R will take you to little roads in towns like Bolton and force you to take a picture of a classic dark red colonial house. You don’t really know why, you just have the address and a list to complete. So you do what you have to do: 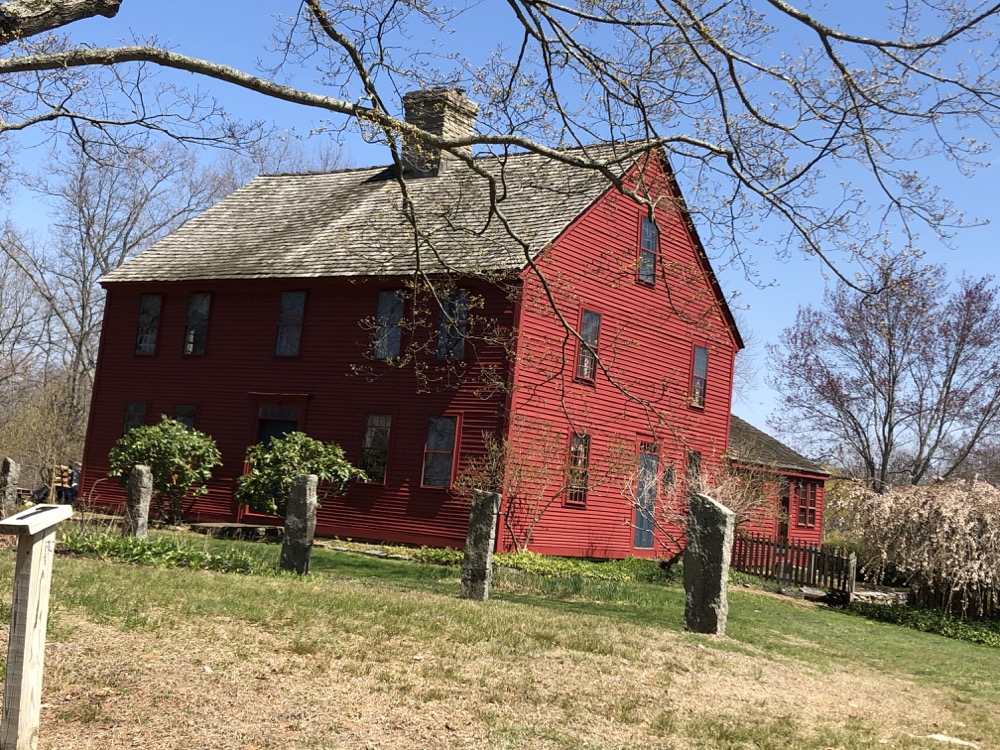 Then you look up why you did the thing you did and learn this:

The inn is located across from Camp 5 of Rochambeau’s army. Some of his officers would have stayed in this inn. An upstairs bedroom displays holes in the ceiling and walls that were reportedly made by French bayonets or sabers.

Then you roll your eyes and wonder why in the world no one has bothered to fix holes in a ceiling for the past 240 years, but you’re also happy the folks behind the W3R effort have made the extra effort to make random red colonials in Bolton a wee bit more interesting for us all.

The fifth camp along the route was here on the hill at what is now called Bolton Heritage Farm. Four regiments of French troops each spent one night at the camp between June 21 and 25, 1781.

The information about the various campsites along the route is often much richer that that for the taverns and houses along the way for some reason. The French army kept detailed journals of their march and often give us descriptions of the campsite towns. For instance, regarding Bolton:

[It is] a very small town of maybe ten or twelve houses and a church, the roads were frightful, with mountains and very steep grades… Often we have great difficulty finding a level spot on which to pitch a camp. We reached Bolton with the greatest difficulty, since all the roads were terrible… Part of [Bolton] is half-way up a hill, at the foot of which we camped. 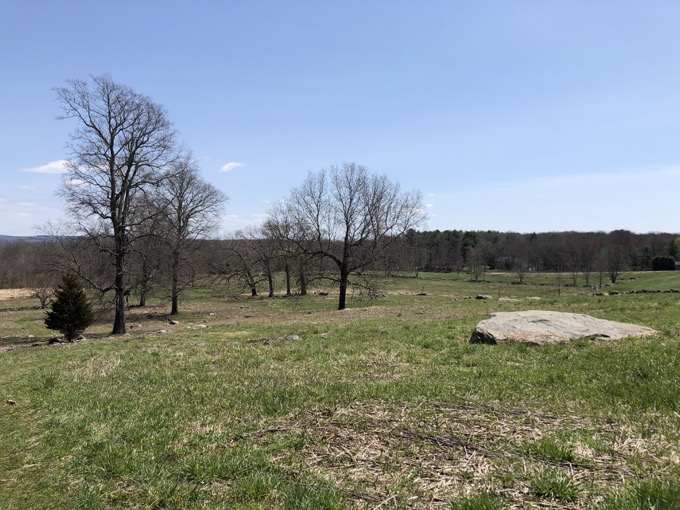 The officers, of course, stayed in local taverns like the above and the one down the hill in Andover.

For whatever reason, there was a fight at the Bolton camp because the band struck up a song and an officer was displeased. So they fought about it. That story not exciting enough for you? How about this one:

While all this [fighting] was happening on the campground, Reverend Colton, the “Presbyterian minister, in this town, a large, fleshy man, very prosperous, married, but childless, suggested to the wife of the grenadier of the Royal Deux-Ponts, that she leave him one of her daughters. He would adopt the four-year-old as his own child, in return for some 30 louis to ease the campaign for her. The grenadier, a thirty-year-old veteran with eleven years of service and his wife, who were very much attached to this child of four, steadily refused M. Colton’s (sic) offer. 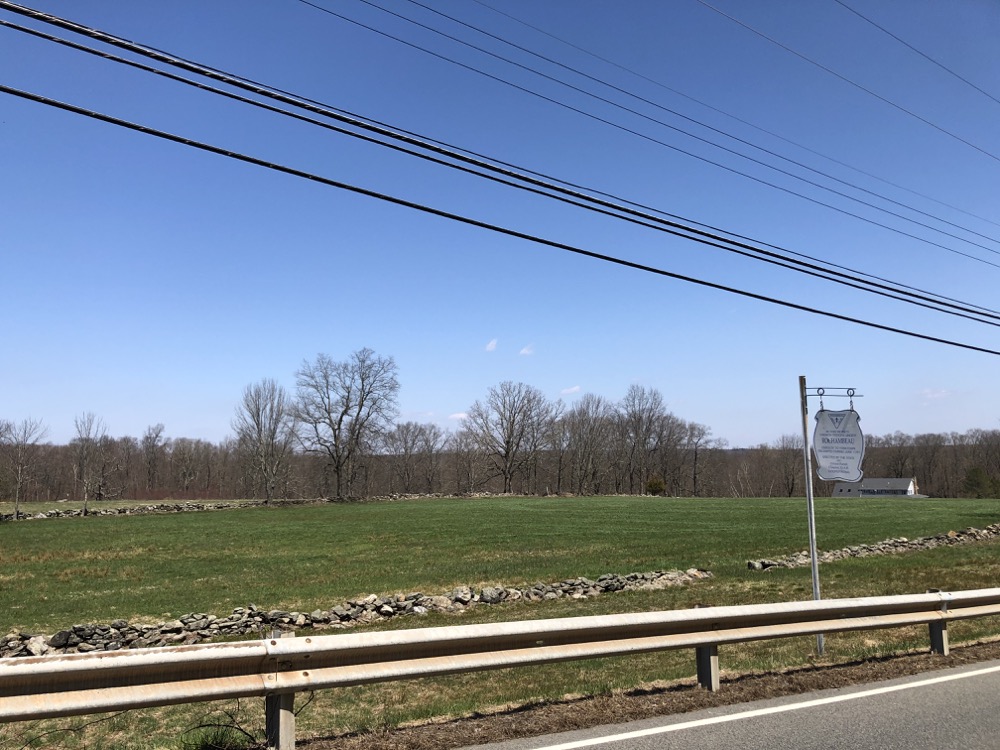 What the heck? This offer was actually published in local papers as well as in France. Later, Reverend Colton was still sore that he couldn’t forcefully adopt a random French four-year-old, so he sent an angry letter to the French forces asking for compensation for the hassle of his town hosting the regiment. What a loon.

The campsite is preserved in Bolton at Bolton Heritage Farm and it’s a very pretty area. The town of Bolton purchased the property in 2000 and have preserved it for all to enjoy. (The Rose Trail covers the property.) Today’s stone walls match the records from and hand-drawn maps from 1781, which is pretty cool. Also, incidentally, “Great Awakening” pastor Jonathan Edwards, was Bolton’s first pastor in 1723. His diary shows that he “drew inspiration from the farm’s fields” according to a Bolton brochure. 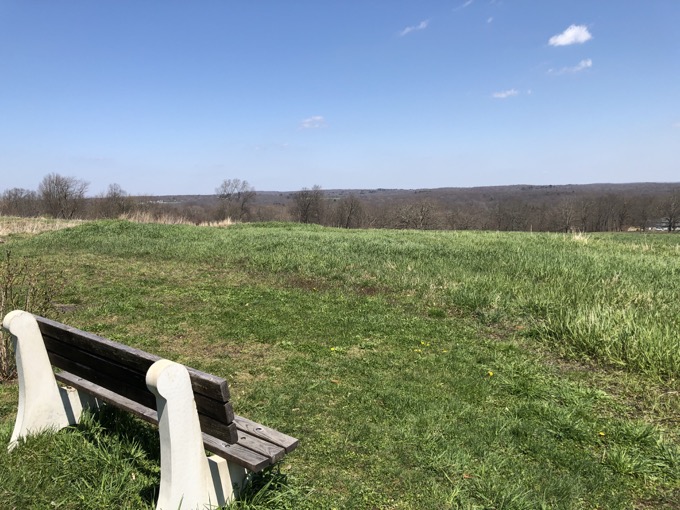