Don’t Give Me No Static ‘Bout This Museum
Windsor (Google Maps location)
February 22, 2015

This museum is really cool, but do you want to know what the most interesting fact about it is? Of course you do. The building it is currently housed in, on Pierson Road in Windsor, is its sixth location since coming into existence in 1990 on Arch Street in New Britain. 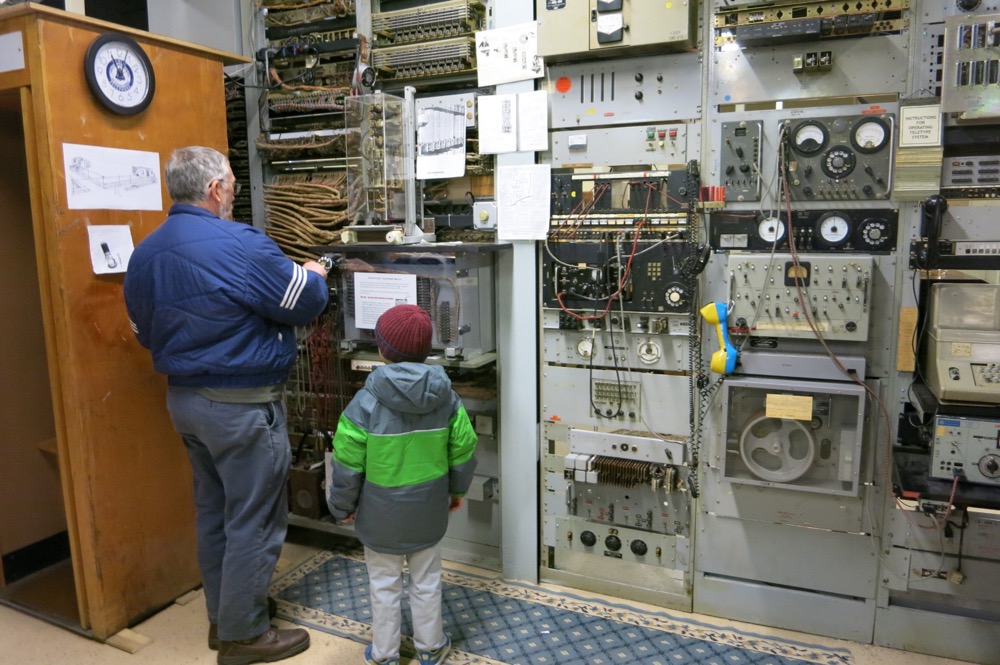 That’s a lot of homes in 30 years. They claim this latest one is its forever home, but the jury is still out on that. On the one hand, I’m sure they’re sick and tired of picking up shop and moving every few years… on the other hand, because of what this museum archives and displays, it will simply never stop growing. Each year, some sort of communication device is obsoleted it seems. Whatever they wind up doing in 10, 20 years, I’ll support them. I really dig this stuff and the volunteers in the Windsor building are enthusiastic and kind.

The museum’s exhibits are organized along a timeline from the 1800s through to the 1970-80s. I guess someone decided that was a good cut-off date. The dawn of Intel and the mass PC consumerism. Let’s keep it at the early stuff and call it a day. I think that’s pretty smart, I must admit. Pre-internet I suppose. 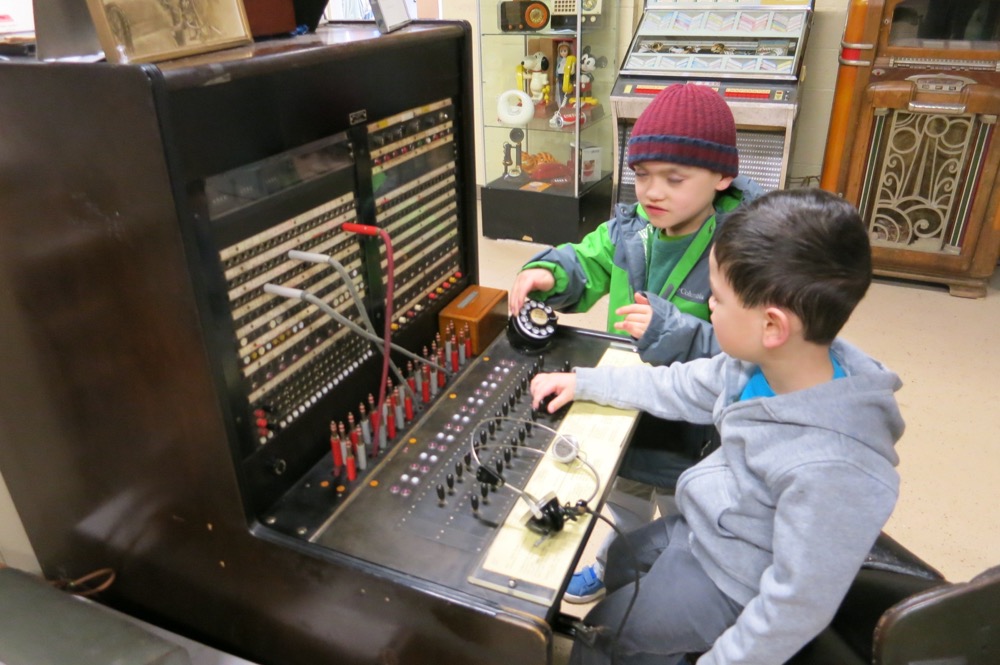 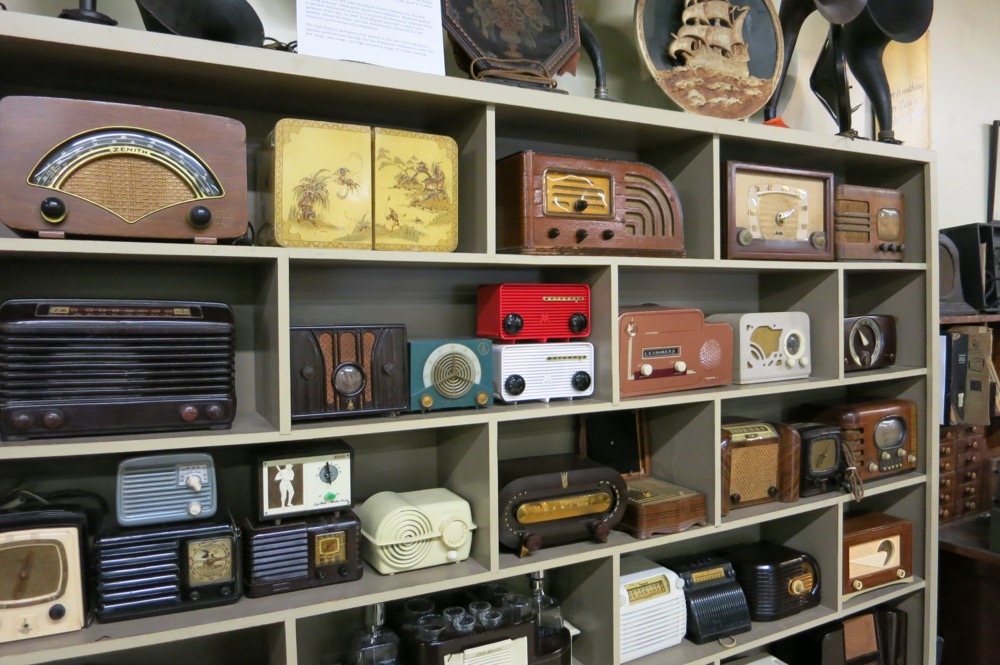 I brought my young sons, so there was no way to experience the museum in any rational or ordered way. But that’s fine; letting them discover such ancient artifacts as rotary phones and Commodore 64’s on their own is half the fun, right?

The original intent of the museum was to be “dedicated to the preservation of old-time communications equipment and to educating the public about this wonderful history.” And I think that’s still more or less the mission. The original museum housed a permanent display called “Five Decades of Radio” which featured a sampling of radios from the 1920’s through the 60’s. That still exists and has evolved into various offshoots like a vintage radio collectors club and radio repair classes and swaps. 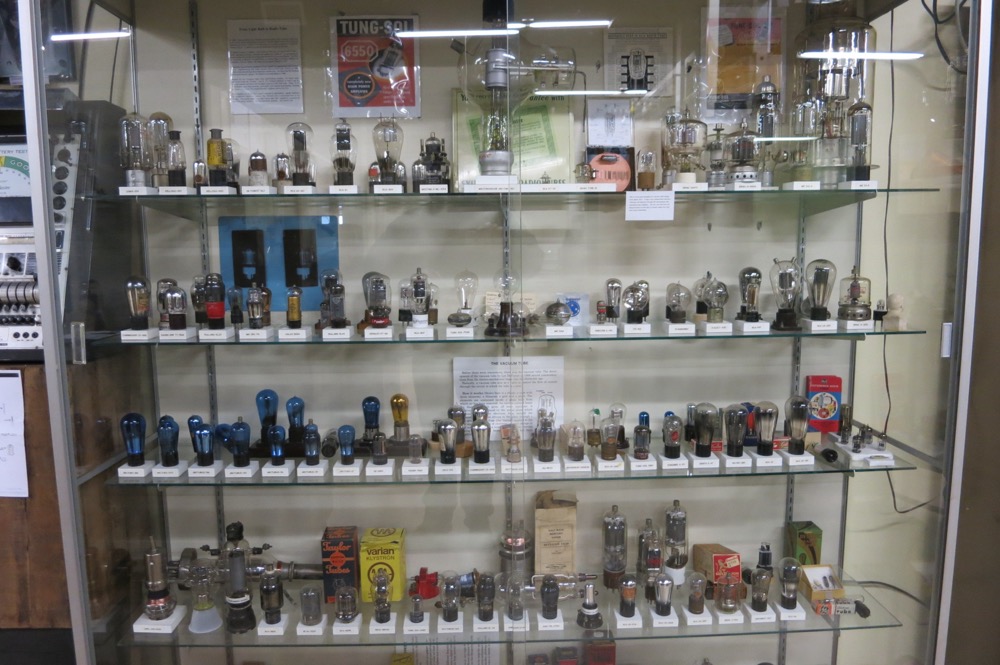 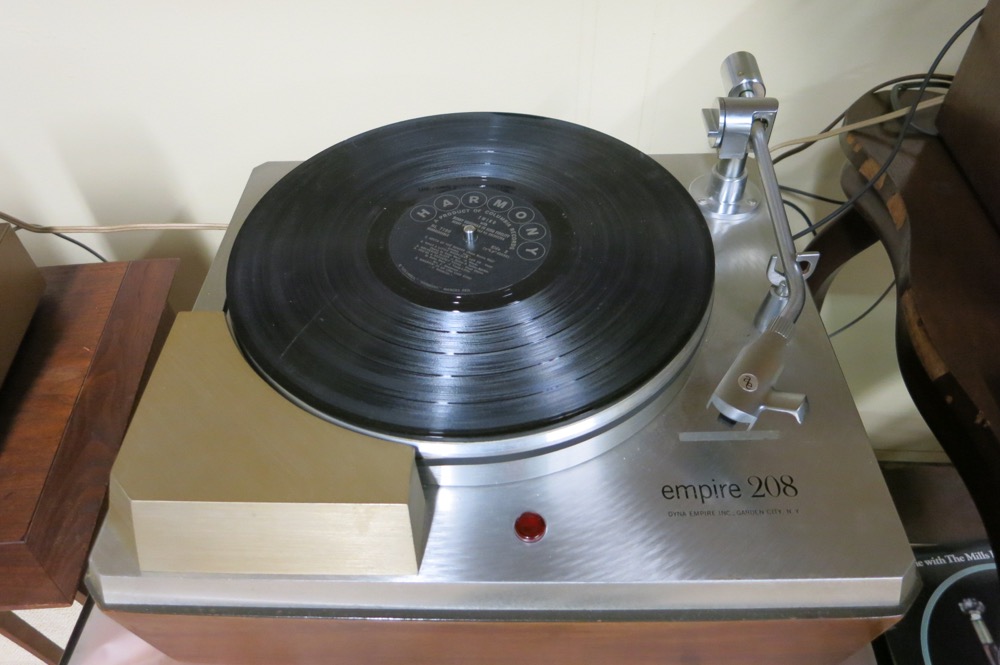 The problem was that the New Britain location was way too small and, quite frankly, the location wasn’t too great back then. There was a dark period where the entire museum was moved to storage while the die hards searched for a new space. They finally found one in East Hartford and they were back in business. For a couple years anyway.

I’ll spare everyone the multiple moves in East Hartford and Windsor over the ensuing 20 years, but the museum persevered. In fact, its collection continued to grow and people from all over the country started becoming aware of it through the Internet. They finally wound up in a large and sturdy enough space on Pierson Lane in Windsor, ideally located near the local historical society museums. With the new building came new responsibilities and a new direction. 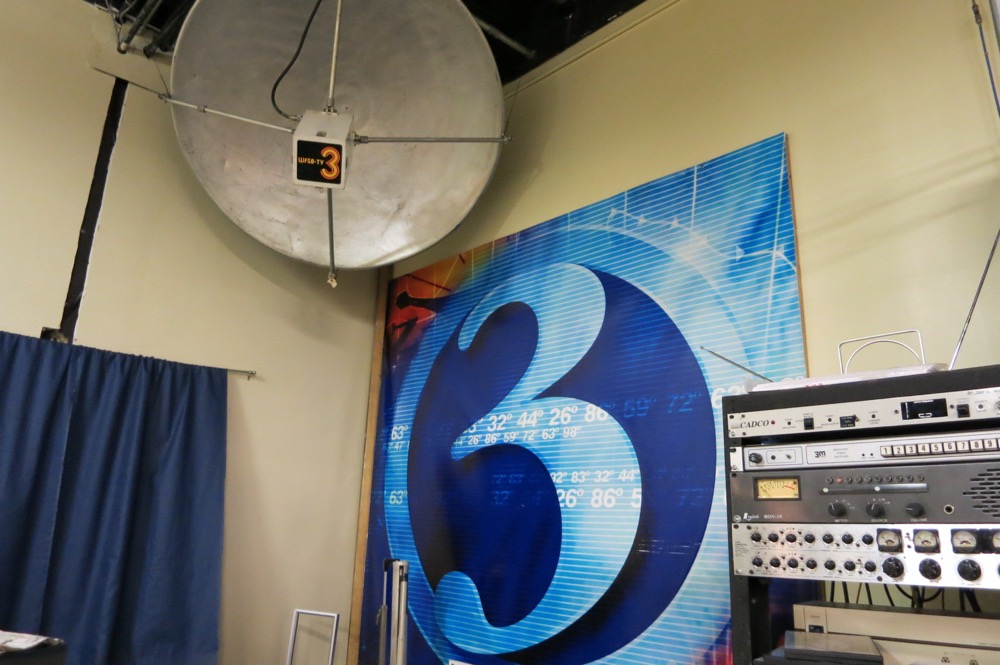 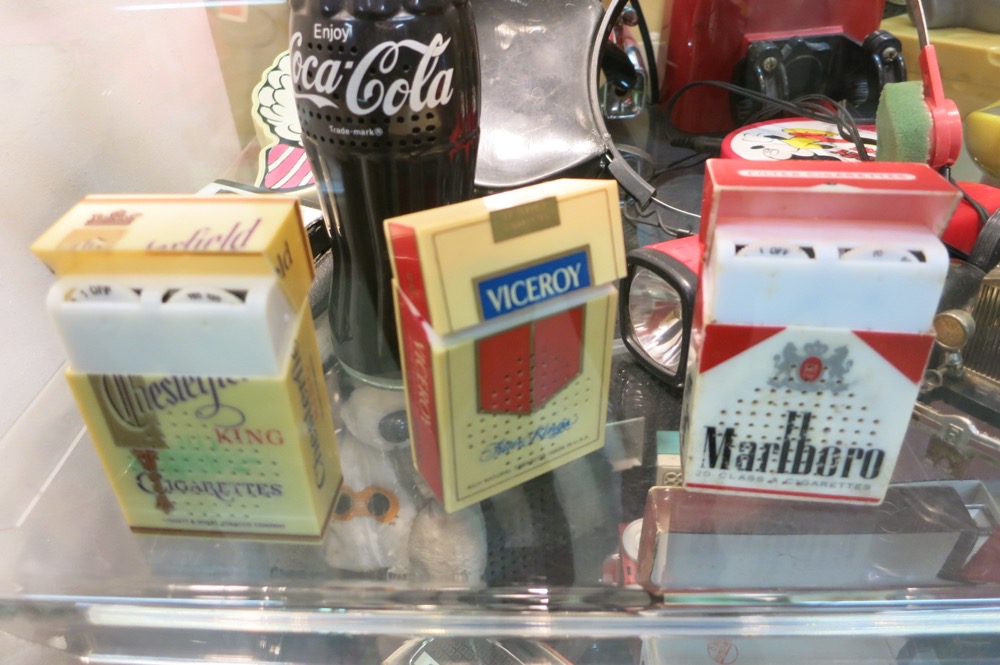 From its inception, the museum, like most radio museums, was a collector’s museum. Radios were grouped together, usually by style: all the consoles, all the cathedrals, the tombstones, etc. Radios, telephones, televisions, etc. had their own floor space independent of other display categories. Now, faced with the financial obligations imposed by having to maintain its own facility, the board recognized it needed to attract a wider audience than just collectors The board came up with the concept of showing the evolution of electric communications, starting with the telegraph, through sound recording, the telephone, wireless radio, and so on. The time line was divided into decades, from the mid-1800s through the 1970s. A mission statement was drafted: “To show how communications has changed our lives.” Besides talking about the articles themselves, docents expanded their explanation to show how one development led to another, how the invention impacted our society, and so on.

And that’s a more interesting way to think about and present the museum. Unfortunately, like I said earlier, my sons were kind of bouncing from one shiny light to the next and I didn’t get to enjoy the well-thought out plan of the place.

And neither do you through my pictures. Which is why you’re about to get pictures of an old “facsimile machine” and a ham radio studio. 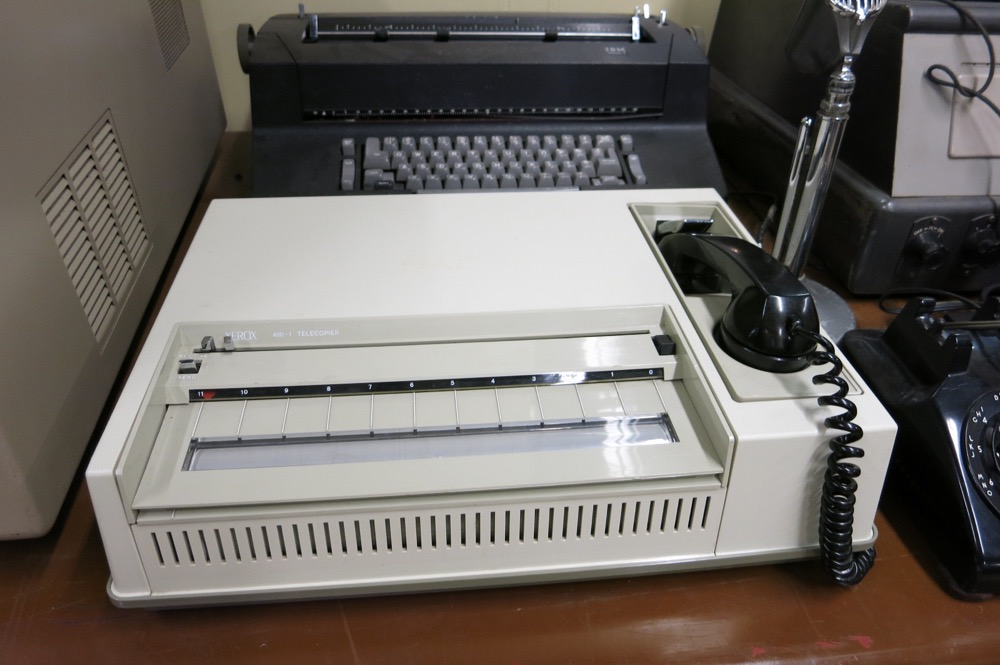 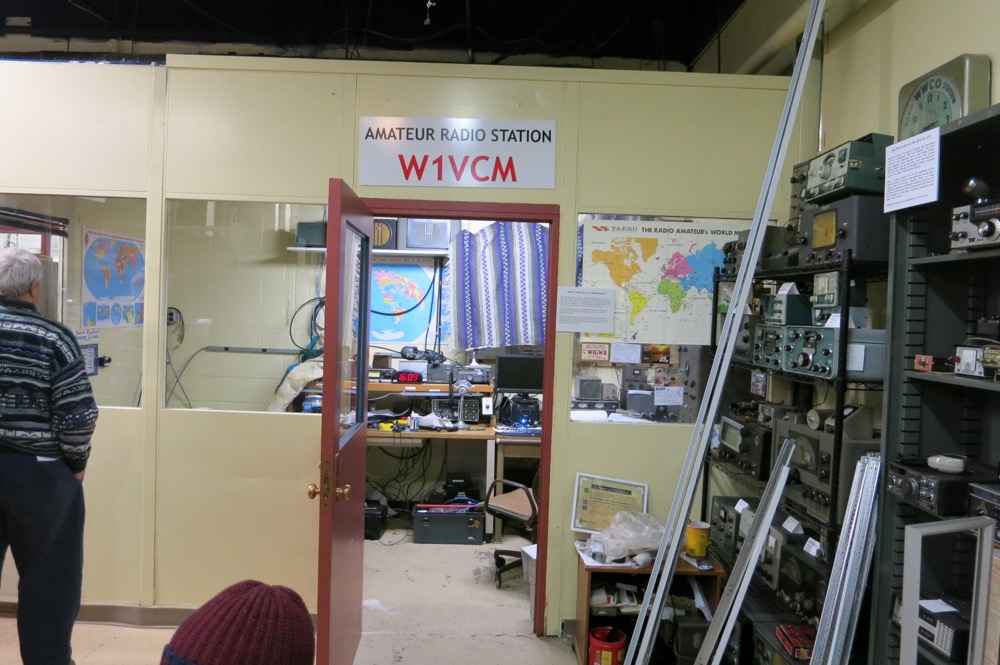 The museum’s amateur radio station W1VCM is open and you can hear ham operators from all over the world communicating in voice and Morse code. If you happen to be a ham with a valid copy of your license, you can even operate the station. They also have a fine exhibit going back to the days when hams built their own radios. I probably should look up why they call themselves hams, but I’m getting lazy.

I can tell you that the ham station here is aligned with the American Radio Relay League – just like all American hams are – and that just happens to be headquartered in Newington. There’s a cool little museum there too, which has a lot of information about the invention of, and early use of, radio. In fact, you can follow radio backwards from here to the AARL to the Marconi Museum in Chatham on Cape Cod. Who would do that? Oh, you know who would do that… yeah, I did that. 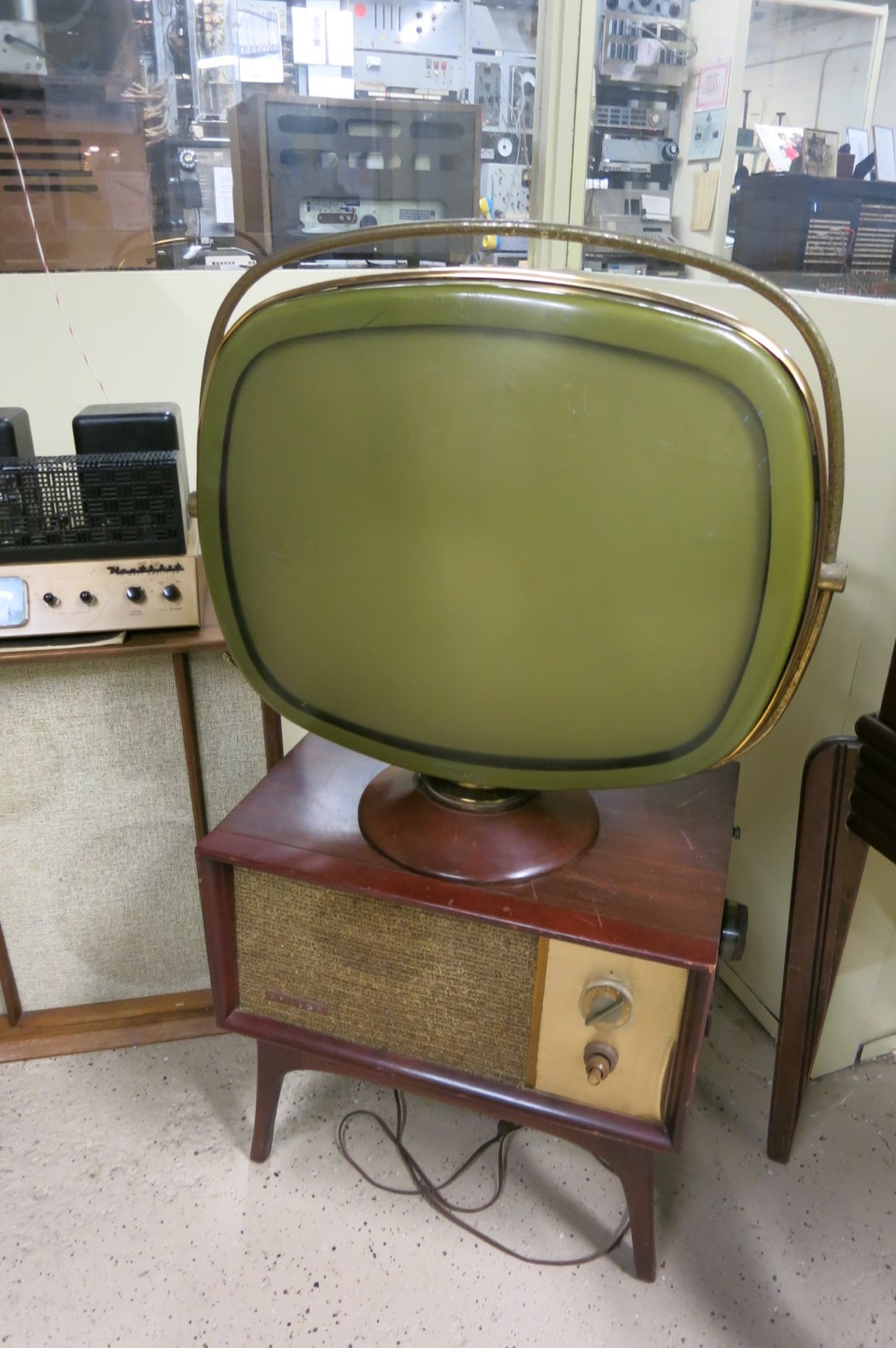 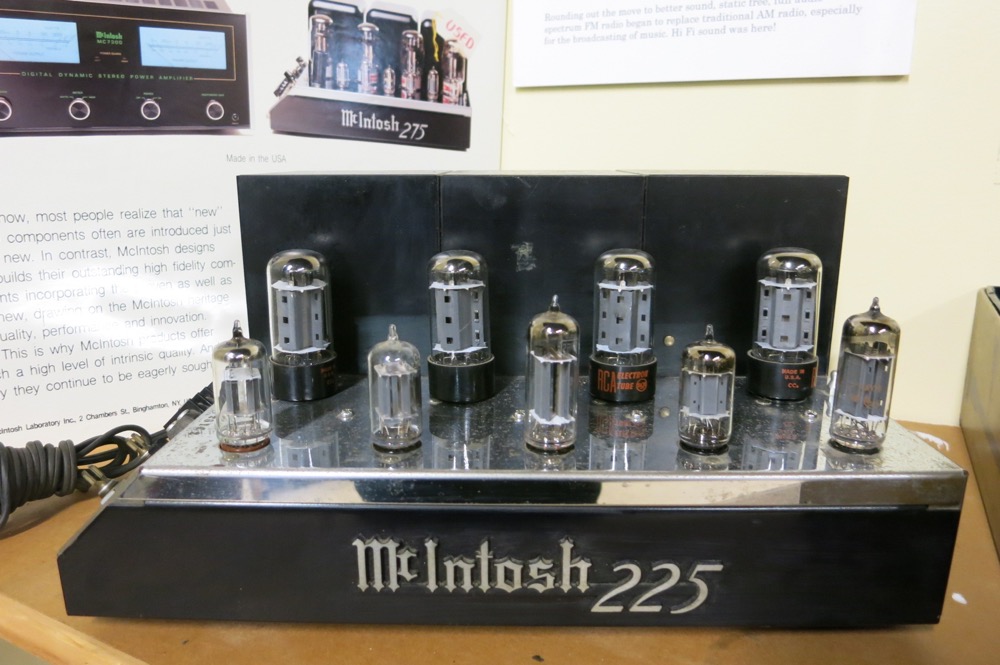 But check out that fax machine above. I didn’t realize Xerox and Magnavox rolled these bad boys out in 1966. (The one pictured is a 1970 model 400.) You could plug them into any phone line and receive a printed letter in about 5 minutes on special paper. Cool.

Oh my… the vintage computer collection. Computers from the 1980s. Early PCs from IBM, IBM compatibles, and those rad “portables” from Compaq. Early Apple computers like the Apple II that blew my mind in grade school. Early video games and early video game consoles. This is all great stuff, especially because so much of it is hands on and even my bumbling children were allowed to play with some of it and paw at a bunch of the old phones and whatnot. 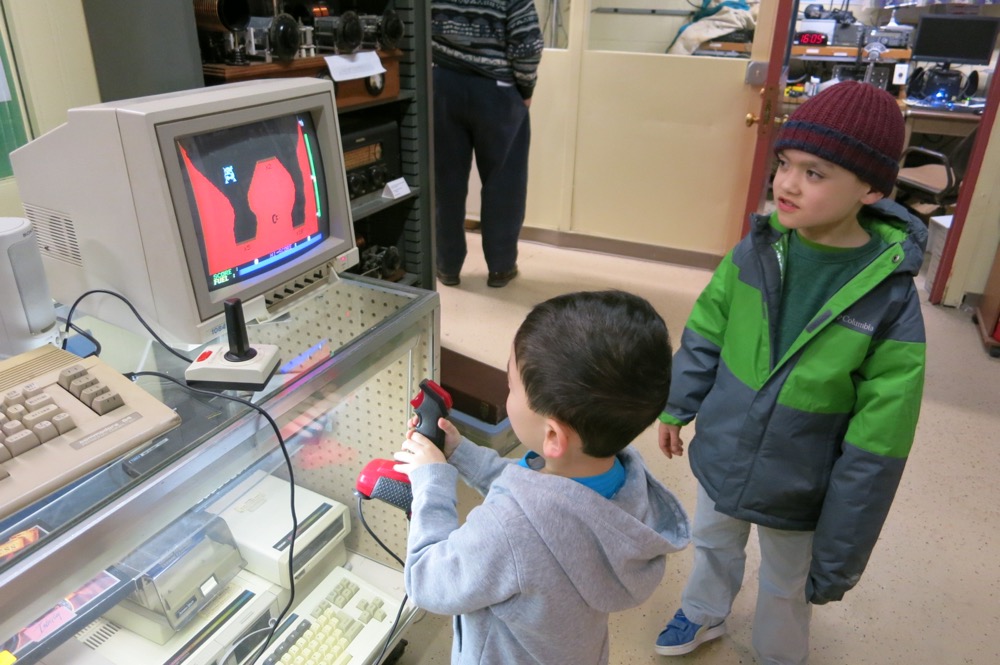 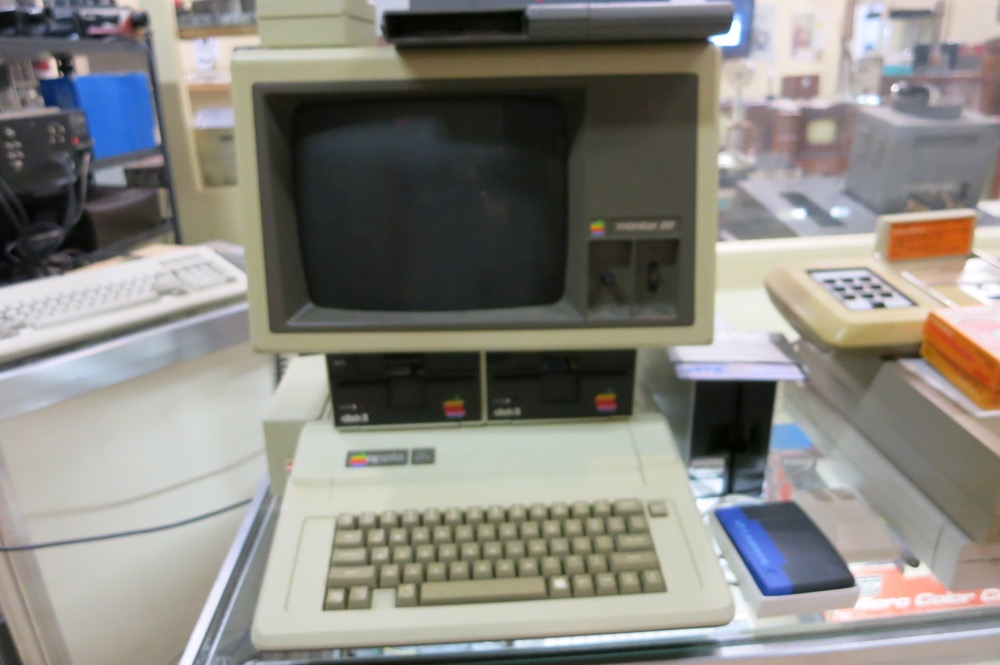 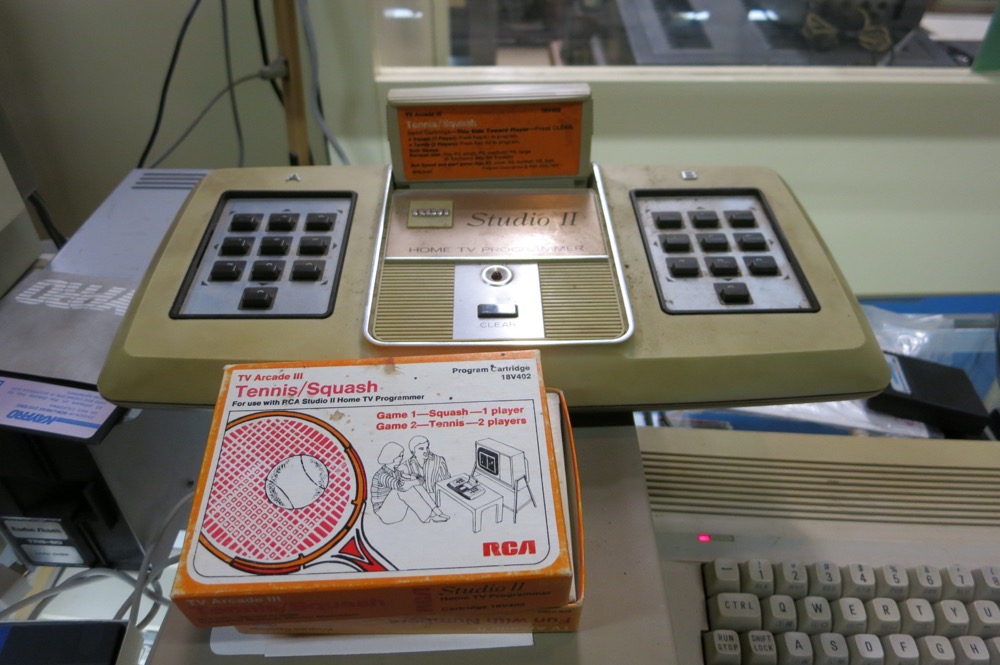 We were shown how movie-making evolved, from silent film through early 8mm. An entire “Golden Age of radio” studio is set up with period microphones and sound equipment. Coconuts for horse gallops and all that good stuff. An original restored 1940’s Wurlitzer juke box that we were allowed to play with… on and on.

The collection here is vast and impressive. It is clear that a lot of thought has gone into its presentation and the volunteers clearly love this stuff. They dealt with my precocious three-year-old and my often-difficult special needs son wonderfully. Almost enough for me to actually get a nearly full museum experience for myself! I’m skipping over a bunch of stuff here, but I think you get the gist. And if you don’t, here are a bunch more pictures. 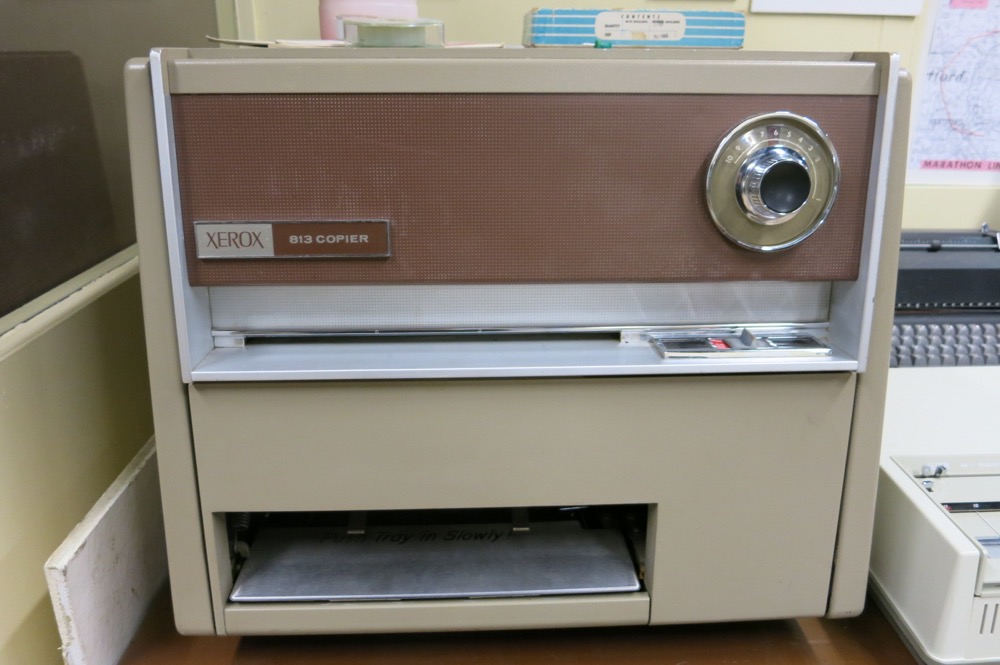 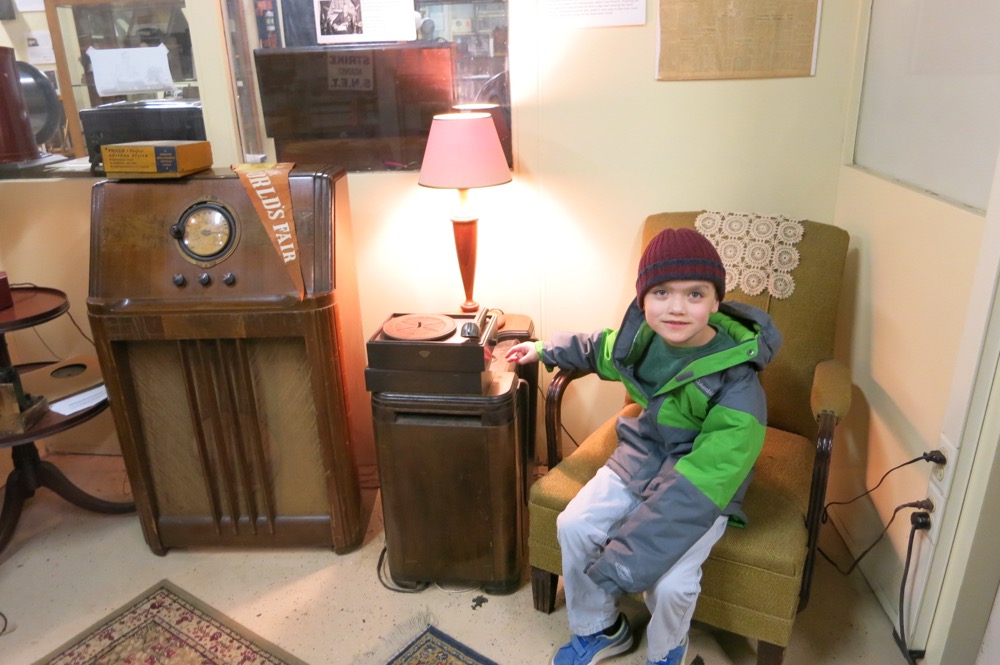 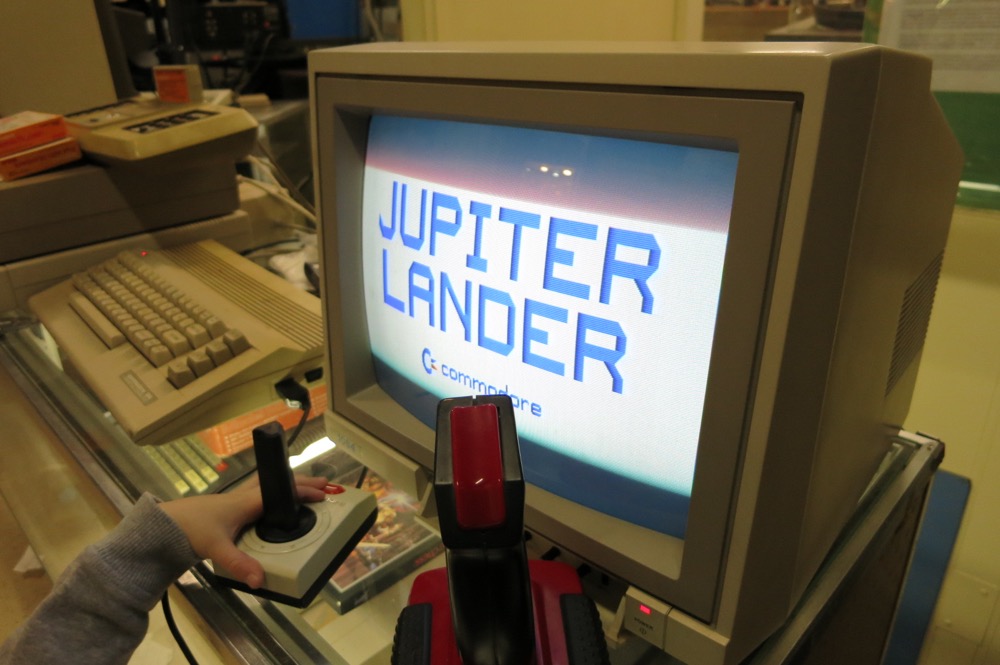 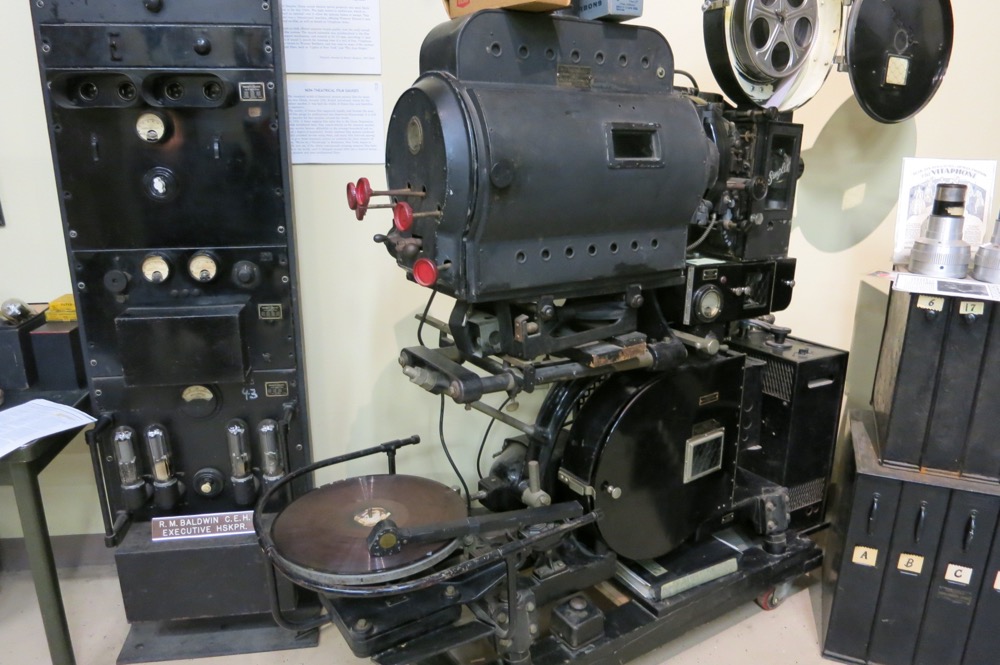 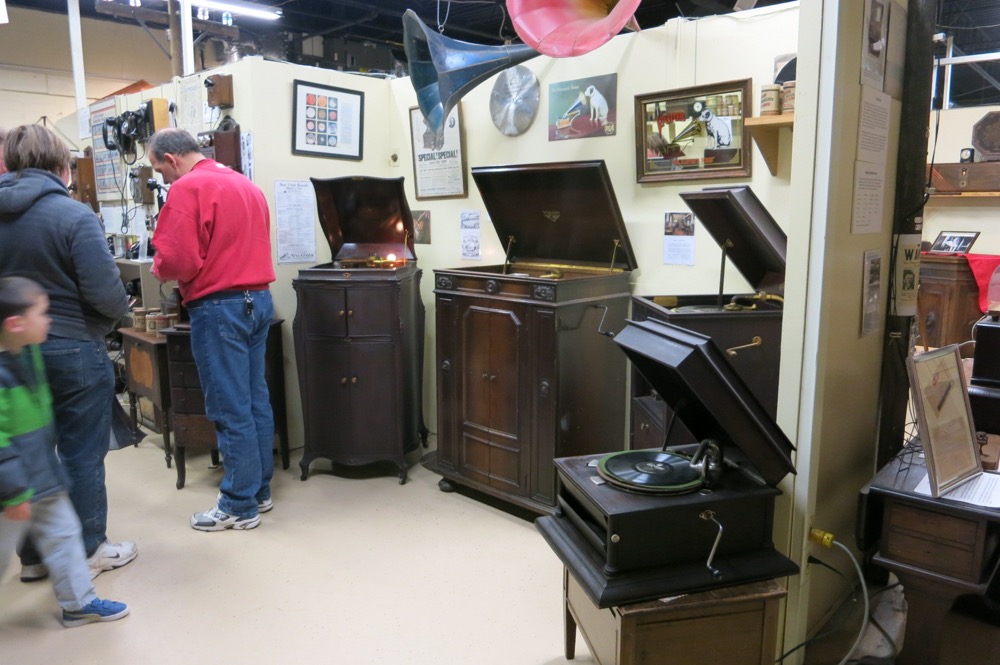 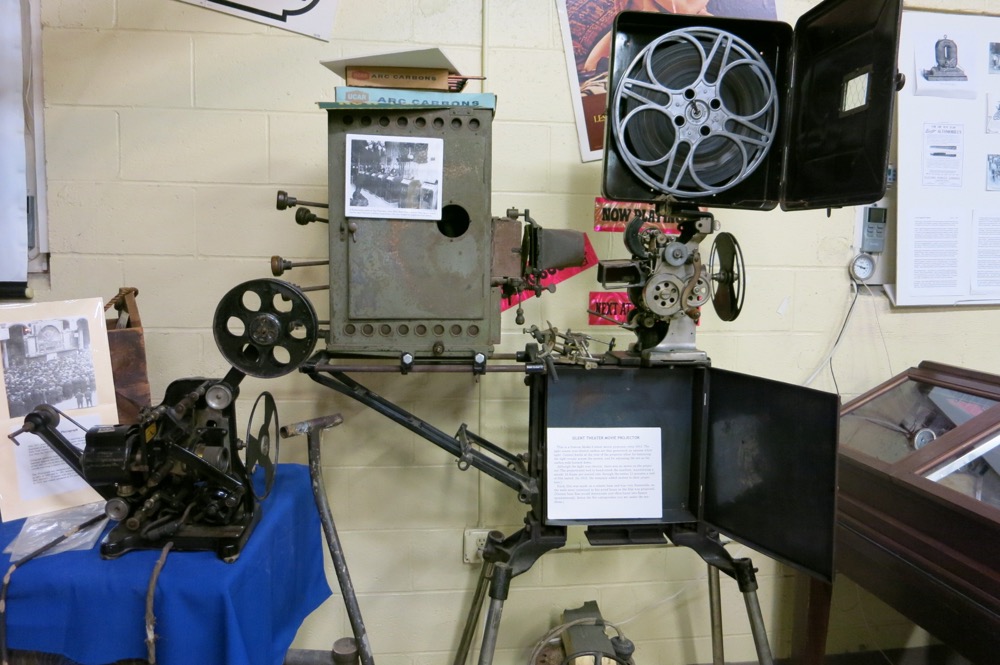 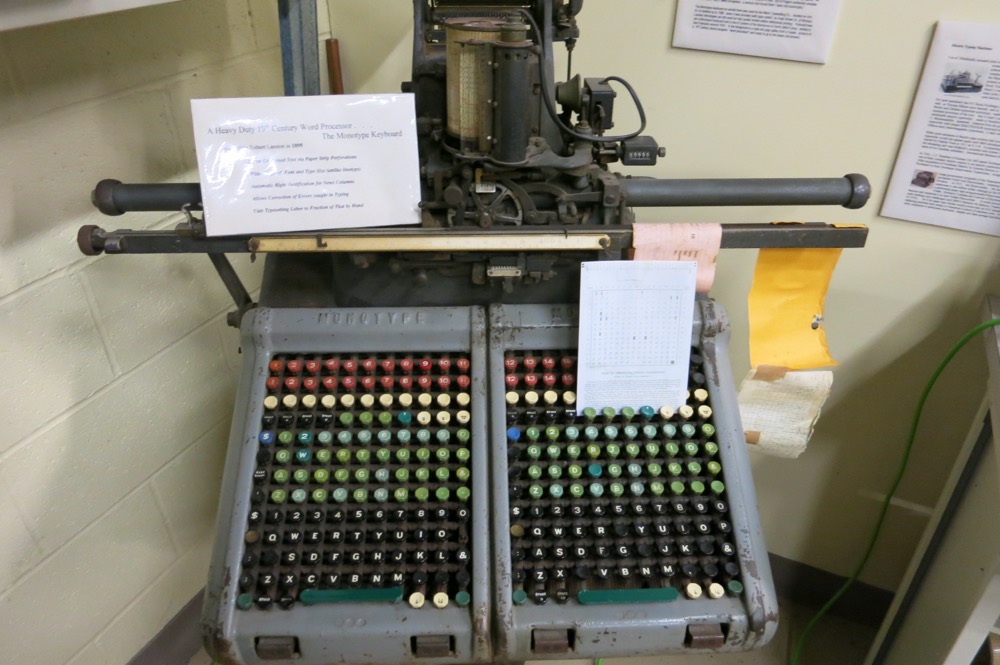 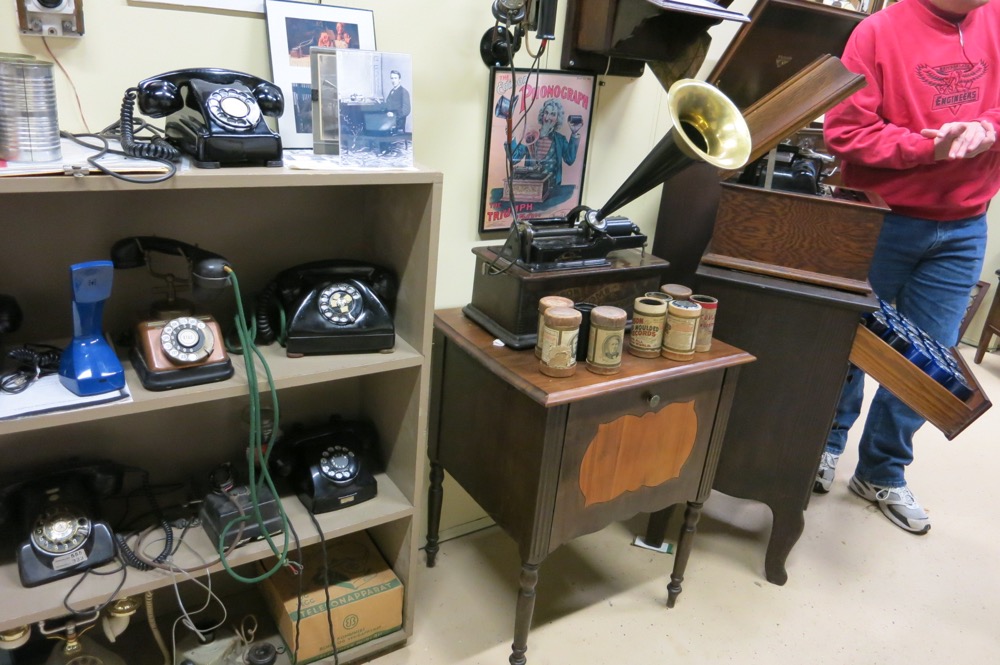 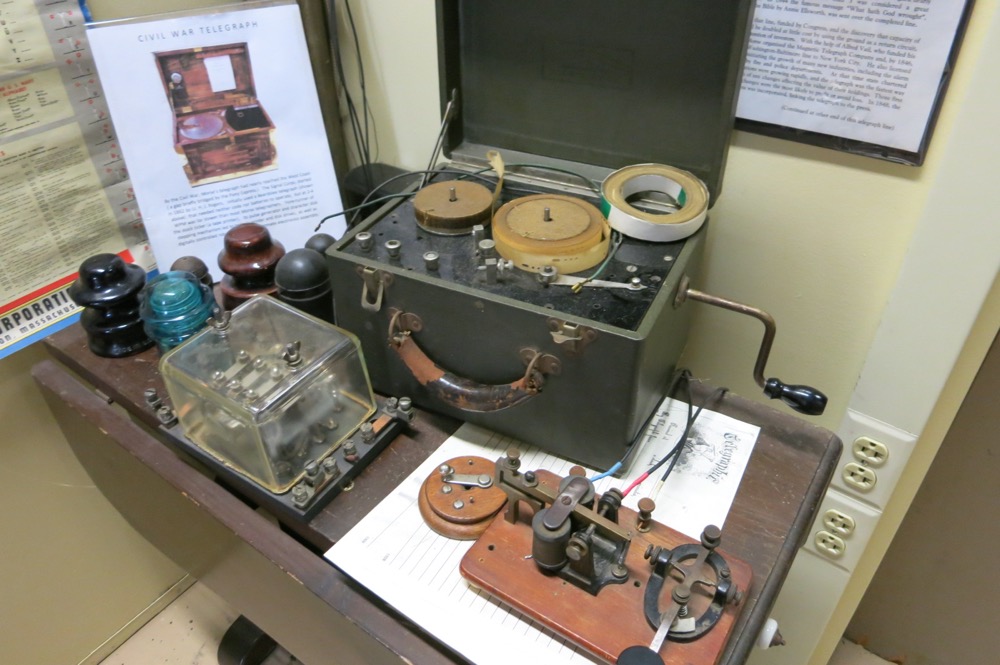 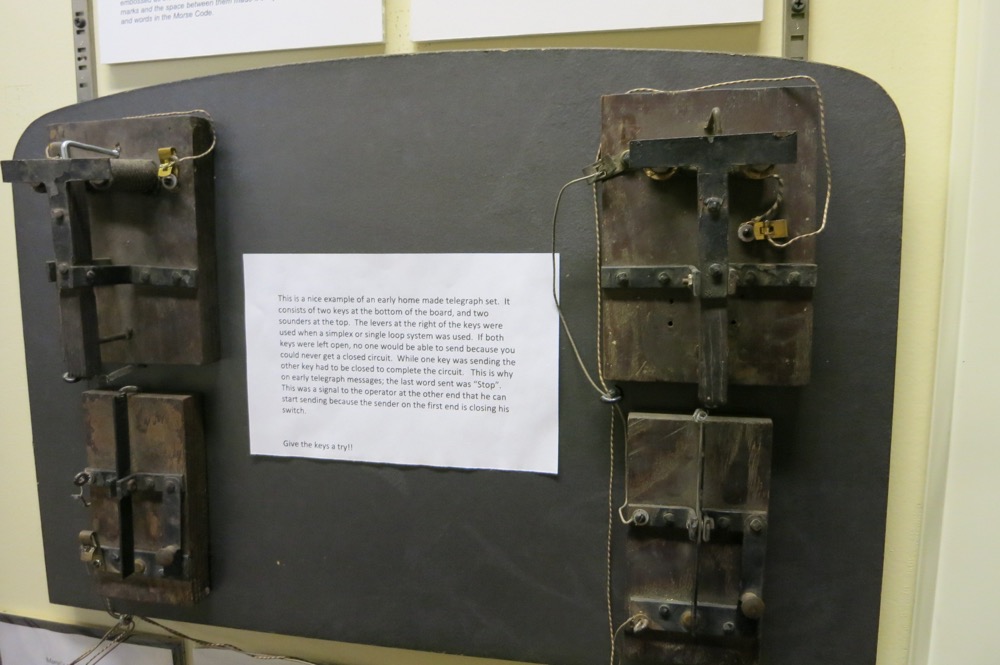 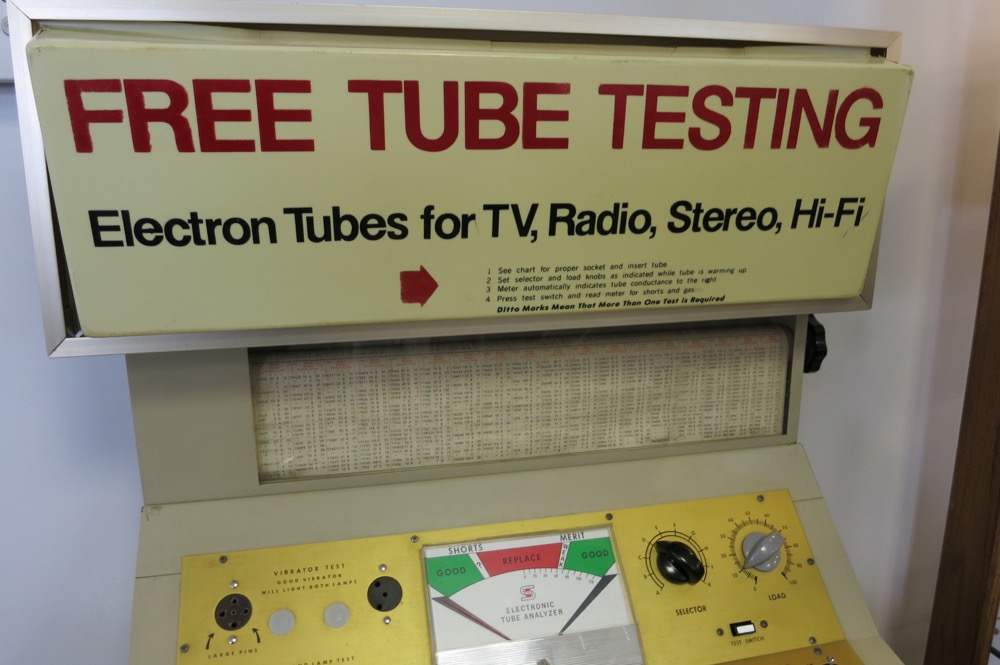 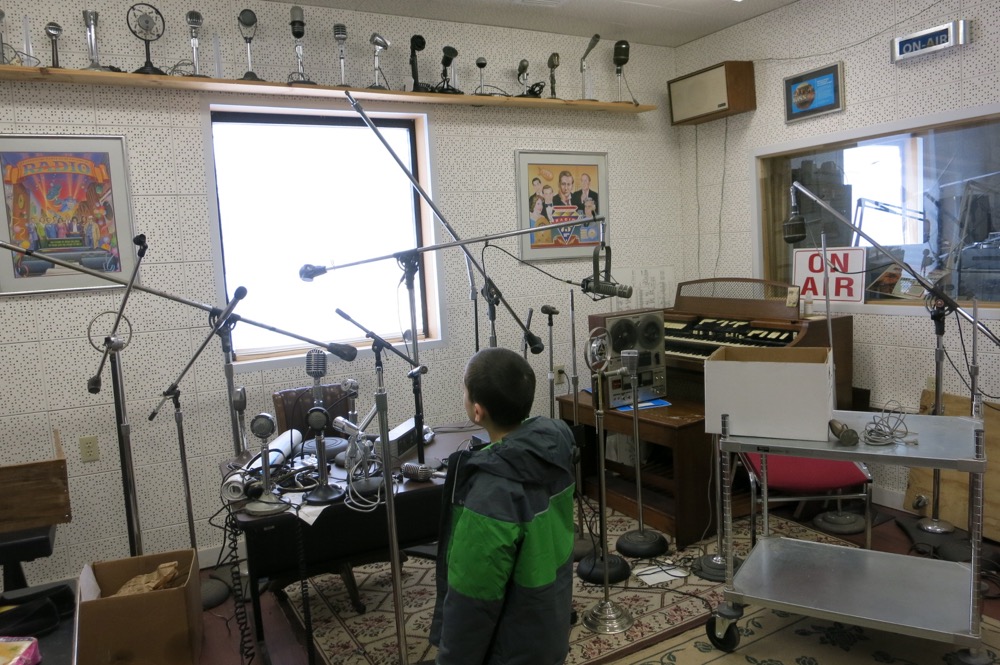 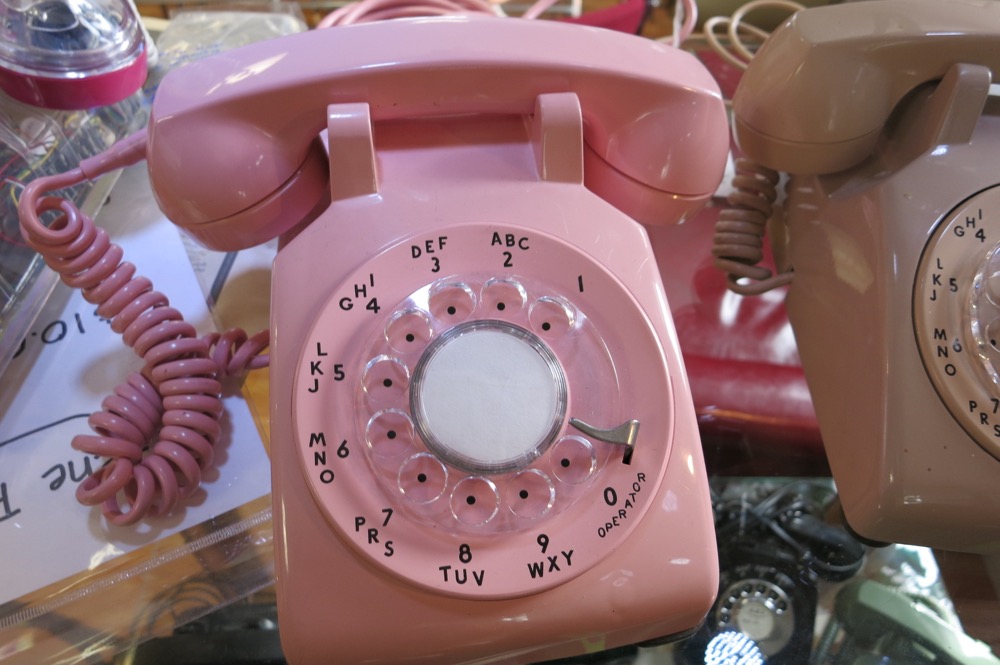 The museum smartly gets involved around the community where it makes sense. They take part in the Open Cockpit events over at the New England Air Museum, bringing along vintage communications equipment for the kids. Other volunteers still provide courses at local community colleges covering radio repair. I believe the Vintage HiFi Museum in West Hartford was at one time aligned with this joint and was kind of an offshoot.

Now over 30 years old in 2020, the Vintage Radio and Communications Museum is still evolving and creating plans for the future. A record shop! A vacuum tube room! An expanded library. And more. They are very hands on and kid friendly with a lot of their exhibits. I definitely recommend this one to a wide variety of people. 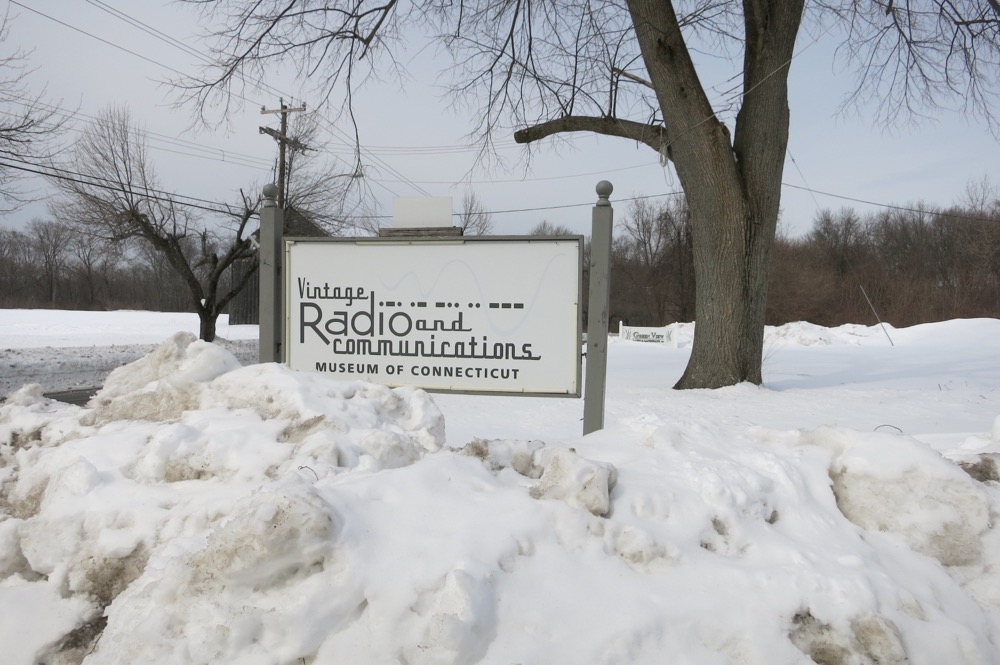 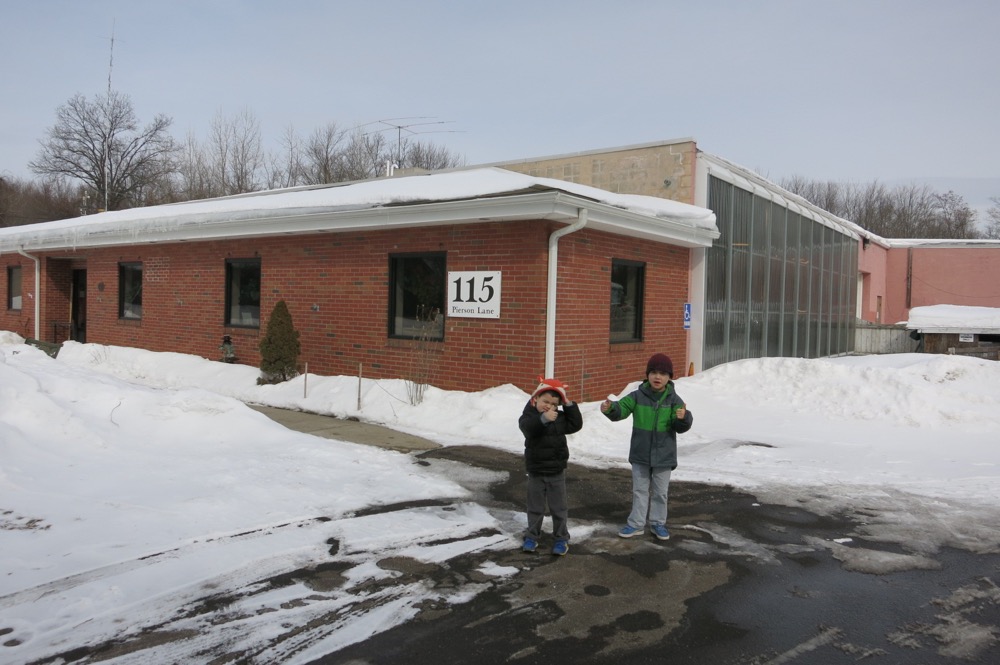