Ski-zers
25 Ski Tours in Connecticut:
A Trail Guide for the Cross-Country Skier by Stan Wass (1978)

1978 was a heady time. A fitness craze was beginning to sweep the nation. Jazzercize, Aerobics, jogging, coked up all night disco dancing… so it seemed like a good time for “two certified ski touring instructors with years of cross-country experience around Connecticut” to write and publish a guide to 25 of the states best touring trails. 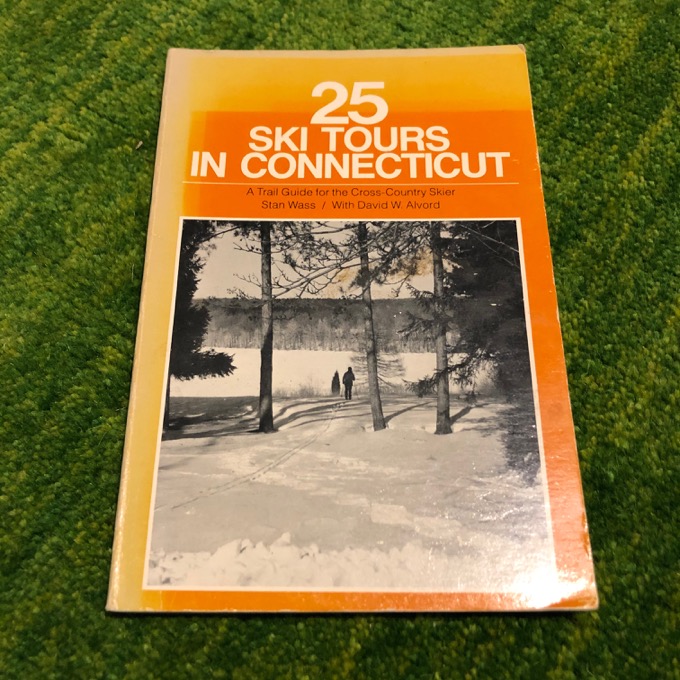 Remember also that 1978 was a time back when it snowed in southern New England as well. (I was six and living in Florida, so what did I know of snow?)

What good is a 1978 trail guide in 2020 and beyond? Pretty good it turns out, and they’ve selected places that all still exist and are all still open for hiking and skiing.

Of course, I’ve no idea where you’d find this book (I found it for free on a library giveaway cart… my favorite place to find books) and there’s almost zero chance you’ll ever see this little orange guide. But it’s a Connecticut book and I’m oddly fascinated by old maps and such, so here we are. 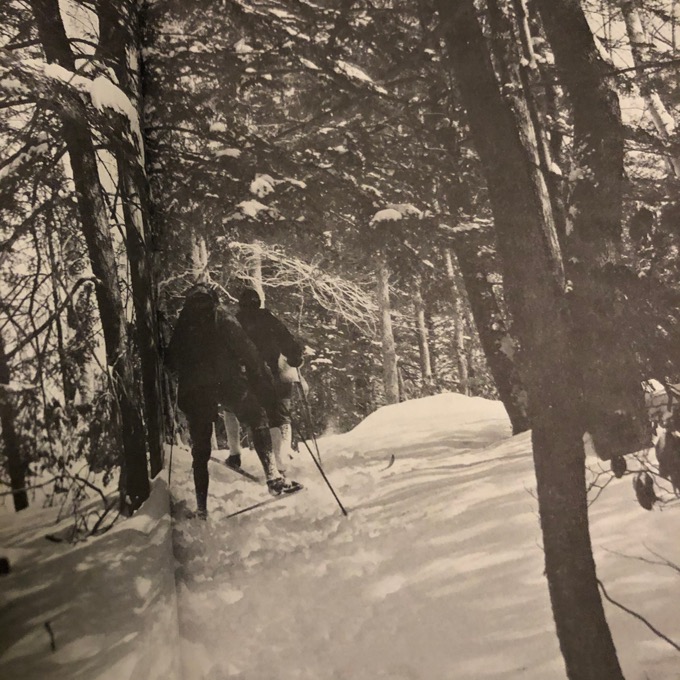 The authors take care to note that some “tours” are difficult and some are easier. Okay. That makes sense. If it’s a rocky and hilly trail, you need a lot more snow and a lot more skill and fitness. They even suggest, somewhat idealistically, you hike the trickier trails in the fall to get the lay of the land and to “clear the trail of sticks and branches to groom it for skiing later.”

Yes. Do that. That would be great.

They also suggest that while you’re out hiking and doing trail work, you should “assess your overall fitness level. If you have trouble with sore muscles or stiffness, or shortness of breath, you may want to find time for some serious work.” They then suggest their other books on training for cross-country skiing.

For clothing, wool is the material of choice in 1978 for it doesn’t absorb moisture. “Wool long underwear is the best,” they say. I say you’re lucky it’s now the 21st century and science has given us an array of synthetic wicking materials. (Although it must be said that when I hike in extreme cold, I wear this way-too-small wool undershirt that is amazingly warm. Unparalleled. I love it.) 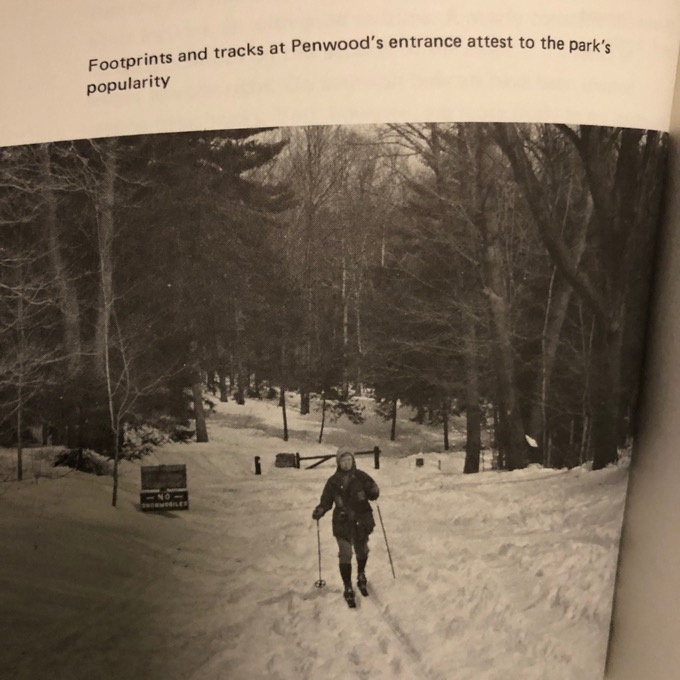 If you’re familiar with Connecticut’s woods, you could probably guess at least half of their “top 25.” The authors include a wide swath of the state, from Bluff Point and The Pachaug Trail in the east, to Soapstone Mountain and McLean Game Refuge in the north, to Steep Rock and White Memorial in the west. I’ve hiked pretty much every single one of their trails and they’ve done a good job with this guide.

Although it’s not perfect. This is from their description of the Soapstone Mountain trail in Somers:

Where in the world did they get that bit about Pine Mountain? That’s absolutely bananas. Pine Mountain in Hartland is not among the top ten peaks in the state. It’s not in the top 20. Heck, it’s not even the highest point in Hartford County! My word.

My favorite entry is the one about the Blackberry River Inn in Norfolk. The Inn still exists today, but the book claims that

“it was one of the first ski-oriented inns to operate in the state. During the 1920s and 1930s, trains brought skiers here from New York City or ski weekends, but as alpine resorts began to develop farther north where snowfall is more reliable, the inn’s ski business declined.

I had no idea. I also had no idea the Inn maintained a trail on its property; much of it along the abandoned railroad line through some (supposedly) dramatic rock cuts. I have no idea if this is accessible these days, but I aim to find out.

Below is the list of all 25… just in case you’re a cross-country skier and need to know what two guys thought were good spots in 1978. They are, in fact, almost all good spots in 2020 as well. This guide holds up. However, if you’re a casual reader of CTMQ and are now wondering why you read a book review of a rather old cross-country skiing guide, I simply can’t help you.

But I think you’re pretty cool. 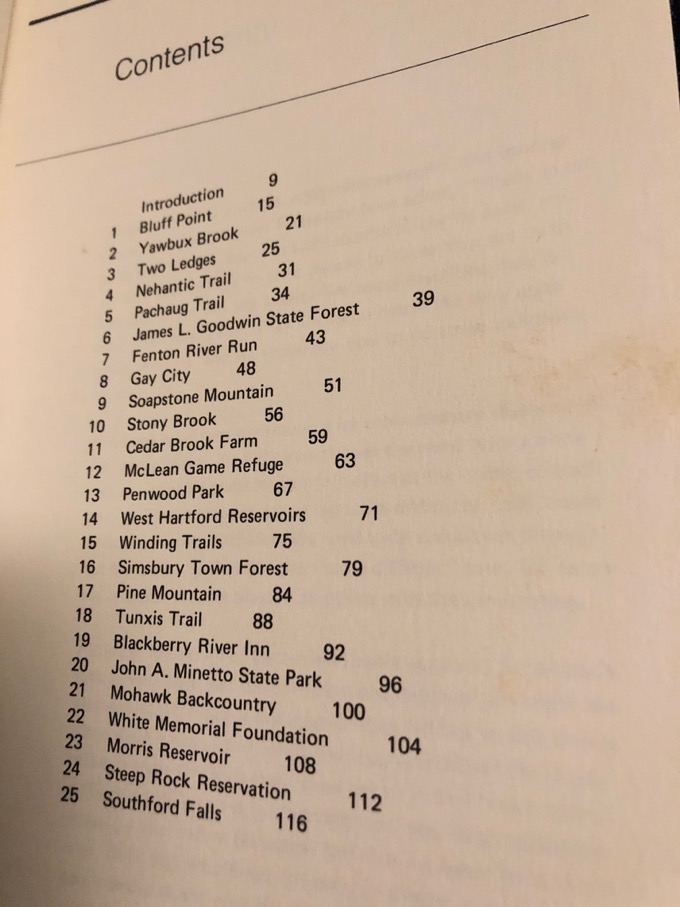