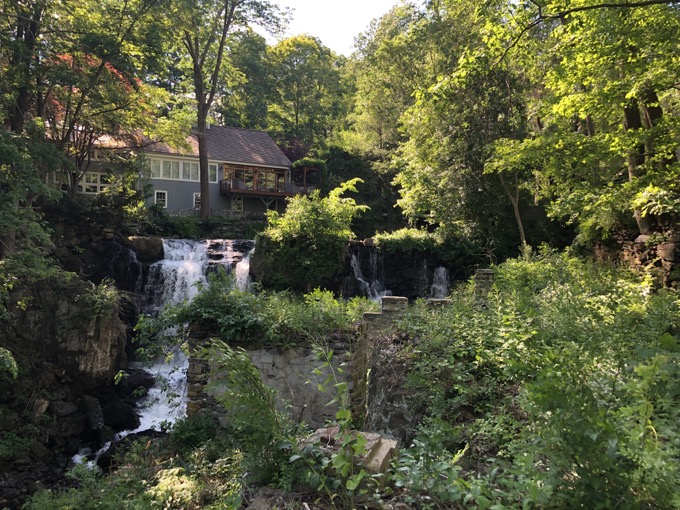 At least in the last 20 years or so. Apparently the artsy cutesy “New Preston Center” wasn’t always so artsy cutesy. That didn’t happen until the 1990’s when this lily-white enclave “gentrified,” become wealthier lily-white.

But we’re here to talk about the waterfall. Yes, there’s a waterfall right in the middle of the artsy cutesy area!

Nowhere else but in New Preston can you find Litchfield County’s most charming village filled with fine eateries and shops run by highly creative local people selling antiques, home design & clothing collections, culinary curiosities – all perched atop one amazing waterfall nestled along the East Shore of beautiful Lake Waramaug.

I think that’s true, actually. I can’t think of another place in Litchfield County with a charming village perched atop one amazing waterfall. I guess it was because of this unique situation that my wife let our son Calvin use her moderately fancy camera. Readers of this website know that I’ve certainly never used her somewhat fancy camera. 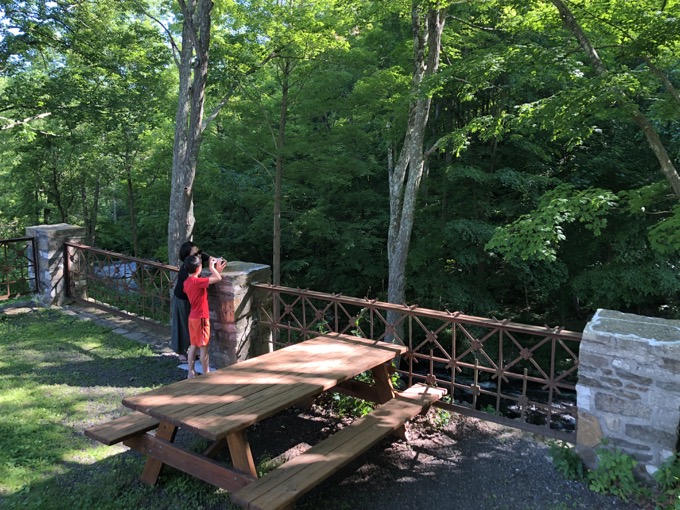 Aspetuck Falls is a 20-foot plunge that is directly in the center of the small village of New Preston. The falls are part man-made and part natural; it is suspected that the falls were roughly the same height before the dam was constructed. Below the falls, the Aspetuck River passes through a small gorge. There are some stone ruins along the side of the riverbank just downstream of the falls which add a historical feel to the surroundings.

At one time New Preston was a viable industrial center, using the power of the East Aspetuck River to run a total of 21 mills, including a tannery, forge, twine and cotton factory, cider/brandy distillery, and carpentry shop. Originally the village was known as New Purchase, but an early settler named Edward Cogswell changed the name to New Preston in honor of his hometown in eastern Connecticut.

Hm. I never thought to wonder about that. I think that’s kind of cool, as Washington and Preston are very different towns. 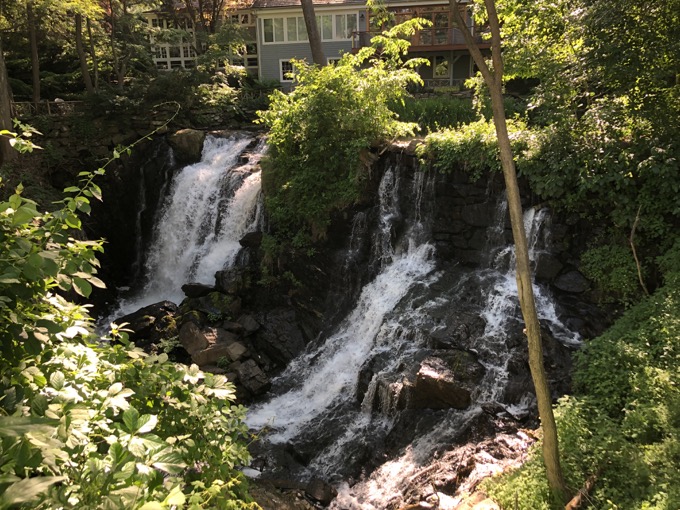 Lake Waramaug, encompassing 680 acres, is directly north of New Preston, and is the state’s second largest natural body of water. The East Aspetuck River, rising from this lake, passes through Tinker Hill Gorge where multiple dams intercept the river before it reaches New Preston and Aspetuck Falls. Lake Waramaug’s name comes from a Native American who was chief of the Wyantenock tribe.

Aspetuck is a Paugussett word for “height,” “high places,” or “fishnet place,” the former two presumably referring to the surrounding hillsides. 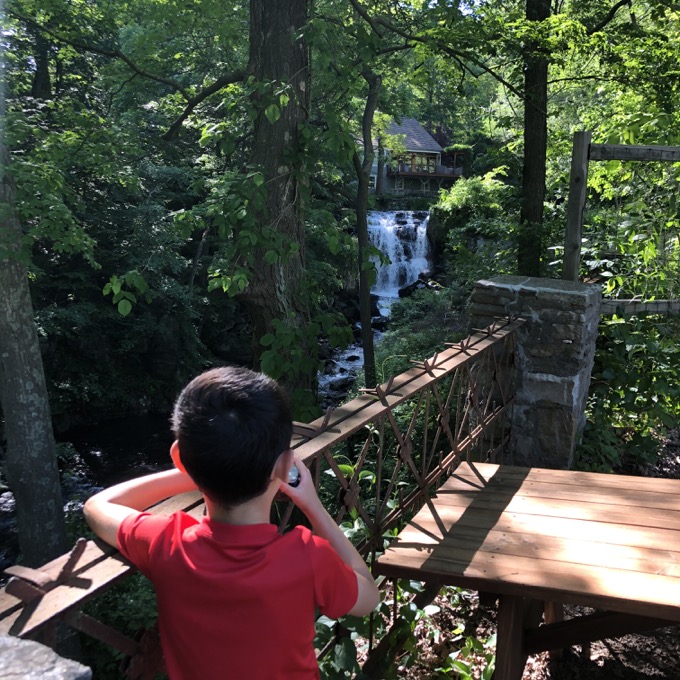 “Fishnet place?” That means something entirely different in our century. New Preston has set up a whole viewing space with picnic tables and a sort of overlook. I would love to work in the office above the falls. This is such an adorable place.

I love these falls. While you may have detected some sarcasm regarding the artsy cutesiness of New Preston, I assure you that it’s a beautiful setting. I love driving through here on my way to Kent Falls Brewing and I love that I stopped this one time to check out the waterfall with my family. 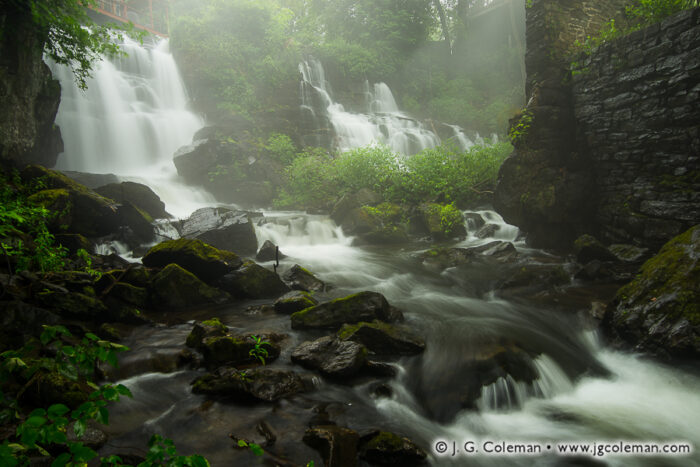