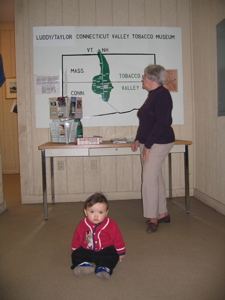 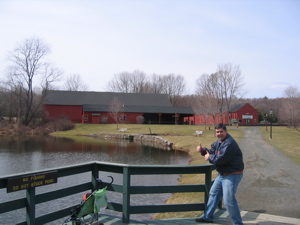 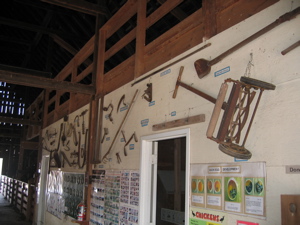 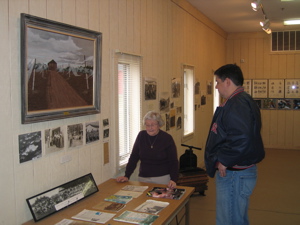 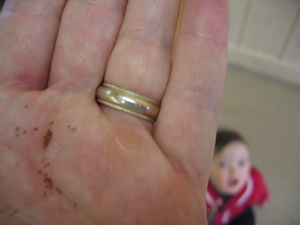 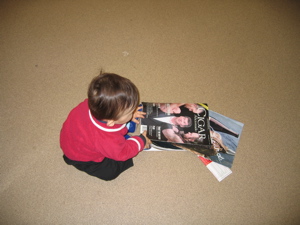 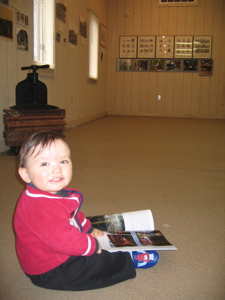 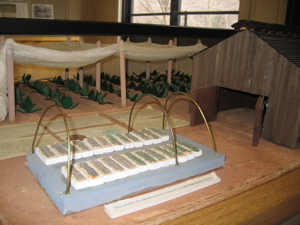 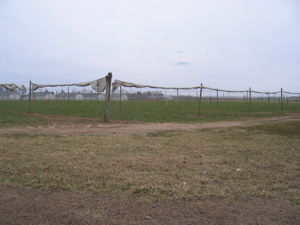 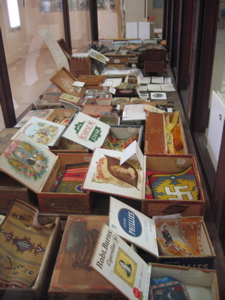 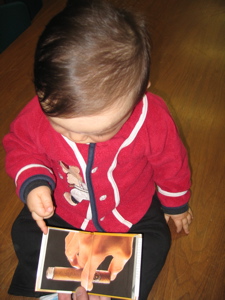 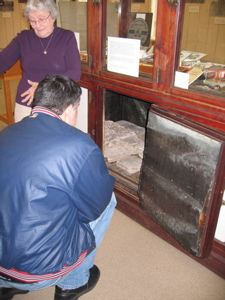 As we wrapped up the first part of the tour, we learned some of the cigar brands that use CT shade tobacco today. I wouldn’t know one from the other, of course, but I’m sure it’s an impressive list. “The best in the world,” we were told. Which reminds me… Anyone who thinks for some reason that Cuban cigars are somehow better than say, Dominican cigars is nothing more than a sucker for the cache of the illicit nature of Cubans. They are grown in the same exact climate on the same exact soil type people! And besides, the good Dominicans use CT shade, so stick with what’s legal anyway. 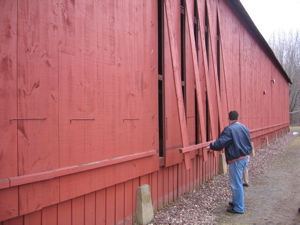 There’s only so much that can be said about old farm equipment so we quickly made our way through the barn. Not that it wasn’t impressive – it was! But it wasn’t heated and Damian was starting to get a little fussy at this point. And what do we do with Fussy Gussies? Why, we pull them in sleds and call them Li’l Tobacky Leaves, that’s what: 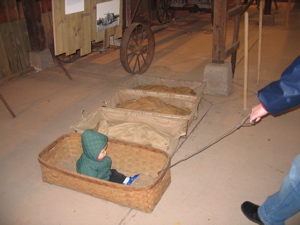 The shed had some real tobacco drying but it was from last summer. In other words, it crumbled to the touch, but it was neat to see the process and to learn that a working shed would be filled floor-to-ceiling with the giant drying leaves. The best part of the barn section was when Ed’s brother text messaged him asking about his whereabouts. Because, y’know, he lives in DC now and was up to see ostensibly see the family and all. “Where are you?” asked Kevin. “At the tobacco museum,” Ed texted in reply. This, of course, caused Kevin to reply, “LOSERS,” and that was that. Am I the only one who detects a hint of jealousy? After all, this was highly fascinating stuff, just look at Ed learning about some rickety old tractor thing: 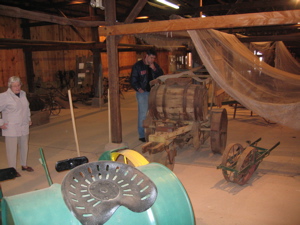 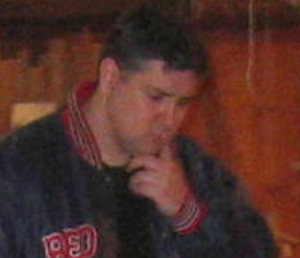 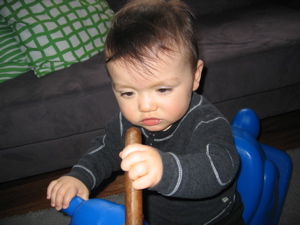