I love Salisbury. In fact, I wouldn’t mind living up there at all. Oh sure, it’s pretentious and everyone drives Volvos and Audis, but that’s no different from where I live now in West Hartford. Salisbury is just plain beautiful; nestled in the rolling hills of the Berkshires. The Appalachian Trail rambles through town, crossing Route 44 only a half mile from the town’s center. 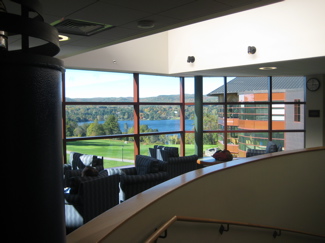 Salisbury contains many state geographical extremes, including the state’s highest point and highest summit. An autumn drive through and around town is a favorite of leaf-peepers. But it’s not all good news from our northwest corner – two of the town’s most venerable museums are no longer open for visitors. The large Holley-Williams House Museum is now privately owned and no longer a museum and the Salisbury Cannon Museum has been “temporarily closed” for many years now.

That leaves the small Historical Society Museum and this, the Tremaine Art Gallery at the Hotchkiss School. After a couple wonderful days of hiking in the Catskills – only a couple hours of fun driving west of Salisbury – I wound my way through town and made the short detour down to the sprawling private school. I don’t think I’ll ever stop being fascinated by these ridiculous private boarding schools around the state. It’s just such an absurdly different world from the public high school I went to. They really do seem to be caricatures come to life. I only really like the ones where the boys have to wear jackets and ties all the time, though – which really do still exist. Actually, I’m pretty sure the boys at Hotchkiss have to wear jacket and tie during the school week. 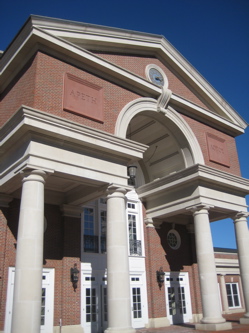 In truth, the Hotchkiss School has nowhere near the prettiest buildings at all. They are rather institutional and bland – but impeccably kept up of course. But the location… The location is one of the best in the state, in the Lakeville section of Salisbury, perched up on a hill overlooking the ponds and hills that go on and on out to the Catskills. It’s beautiful.

Also beautiful: the fact that I had no idea where I was going but parked and walked into what was obviously the main building and voila, there was the Tremaine Gallery a mere 20-feet into the building. Instead of immediately heading inside the gallery, I wondered about the rotunda and down a hallway to get a better sense of the place. 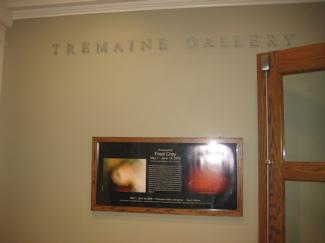 The Hotchkiss School seems really proud of their history:

In the late 1800s, at the crossing of two country roads in Lakeville, Connecticut, sat an expanse of land known for its beauty and commanding views. On these 65 acres, which at the time comprised open fields and several houses, Maria Harrison Bissell Hotchkiss chose to found The Hotchkiss School. Today, that original gift of land anchors an 810-acre campus with academic and residential buildings, playing fields and green lawns, a working farm, the deepest freshwater lake in Connecticut, and lovely vistas of the Berkshire mountains. Hotchkiss is by design a medium-sized school in a large school setting—a setting located in an area designated by The Nature Conservancy as one of 200 “Last Great Places.”

With the guidance of then President of Yale University Timothy Dwight, Maria Hotchkiss established the School in 1891 to prepare young men for Yale. Since then, Hotchkiss has become coeducational, grown in size and scope, and established itself as one of the premier secondary schools in the country… 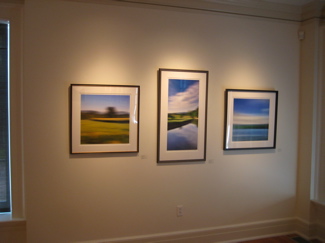 Yeah, yeah. George Thorogood went to my high school, thankyouverymuch. (The list of luminaries who graduated from Hotchkiss is a bit daunting to us all, so I’ll spare you.) I wandered down the hall past the pristinely appointed music practice rooms and the campus radio station. What, you mean your high school didn’t have a radio station? How about a world class recital hall, like the one I overlooked out to the fields and blazing orange hills beyond at Hotchkiss? 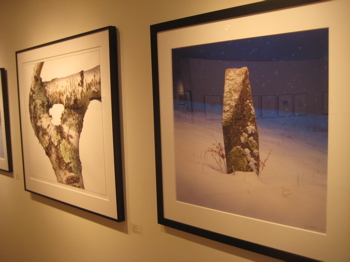 Or, for that matter, a beautiful and spacious art gallery? Yeah, me neither.

The Tremaine Gallery is a museum-quality exhibition space located in the main building of The Hotchkiss School. With education at the heart of its mission, the gallery hosts six shows a year, encompassing a wide range of artists, media, and styles. 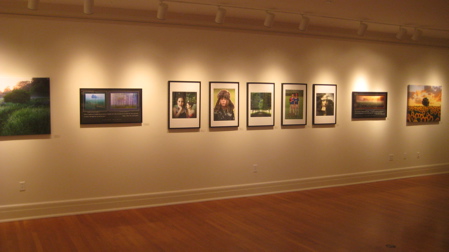 The exhibit on display during my visit was Perspectives: Where We Live and featured eleven photographers who have a body of work consisting of shots taken in the vicinity around the school. And these weren’t just some clowns with cameras, these eleven are professional photographers who live in the general area – and they are all great.

Inspired by the natural beauty that surrounds them, 11 area photographers have collaborated on an exhibit that allows a rare look into the lenses of these professionals, all of whom call the Litchfield Hills and Southern Berkshires home. Theirs is a shared affinity for the surrounding hills and rolling landscapes, and the lifestyle living here affords.

If one can afford living there, I’m quite sure the lifestyle that affords is wonderful. 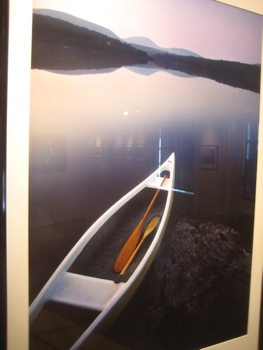 Exhibiting photographers were Bill Binzen, Fred Collins, Anne Day, Jonathan Doster, Robert Haiko, Sandra Haiko, Christina Rahr Lane, Joseph Meehan, Peter Peirce, George Shattuck and Tom Zetterstrom. All of them live in NW Connecticut except for two who live in nearby villages in Massachusetts. I was greeted by a volunteer who manned the door. The gallery itself is another in the classic traditional style of hardwood floor and white walls with high ceilings and excellent lighting.

What was especially cool about the exhibit was that I recognized many of the things in the photos. Oh look, there’s Bash Bish Falls (Fred Collins) and Sages Ravine. And there’s Riga Lake and that farm in Canaan. Strangely, I think I also spotted the Octopus Tree which Hoang and I made a pilgrimage to out in Oregon several years ago. Tom Zetterstrom specializes in tree portraits in his unique way of developing his film. I couldn’t get any good shots of his shots because I didn’t want to draw the attention of the docent and Zetterstrom’s pictures were pretty much right in front of him. 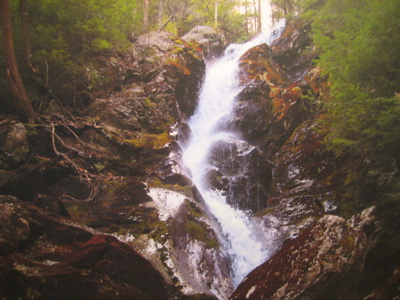 I walked around slowly, enjoying each photographers’ work. Okay, there was one I didn’t like too much, but that’s okay –who’s going to like 11 out of 11 anyway? I particularly loved the work of Bill Binzen, Joseph Meehan, Peter Peirce, and Tom Zetterstrom. Binzen has had a lifetime of work published in many books; I just spent a while Googling him and came away hugely impressed. And since I wasn’t able to get a good shot of Zetterstrom’s work, here’s a nice example. 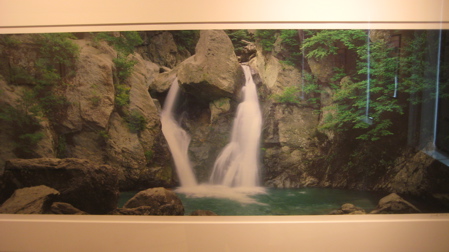 I must mention that I got a very nice brochure with a near poster-quality fold-out as well. Each artist has their own little blurb and since photographers are cooler and a little less pretentious than other artists, their blurbs are very down-to-earth. 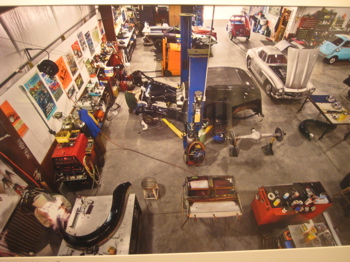 Peter Peirce’s work. This is some world-class high-end car shop in town.

It was a beautiful exhibit in a beautiful gallery. The kids who attend Hotchkiss who were all milling about (outside, not in the gallery) were all very polite and smiley. Of course, they all had that awful boarding school hair that is combed forward over their brow, but they’ll grow out of that and probably be my lawyer someday or something.

If you visit, the exhibit will be totally different of course, but the setting is timeless. 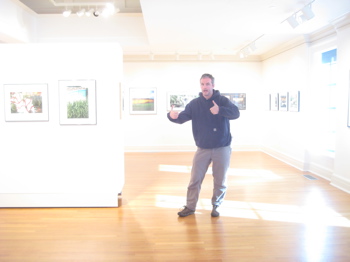