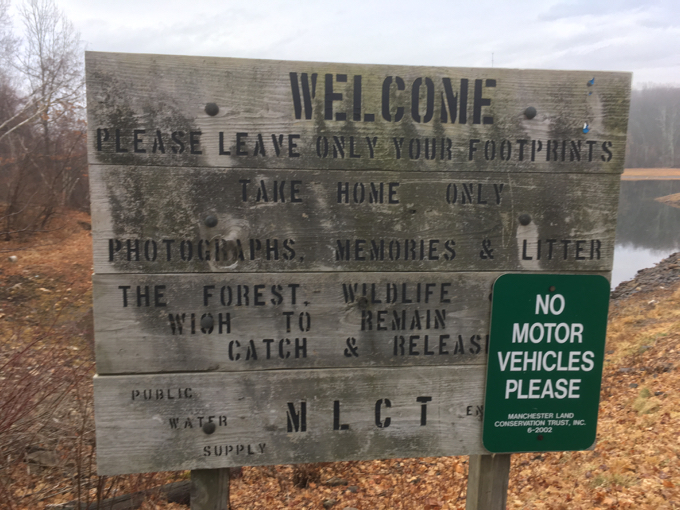 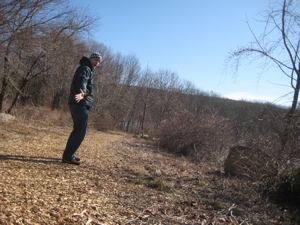 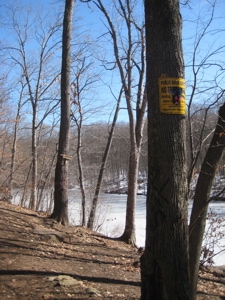 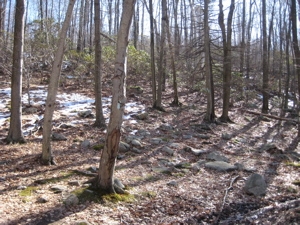 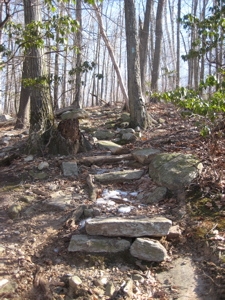 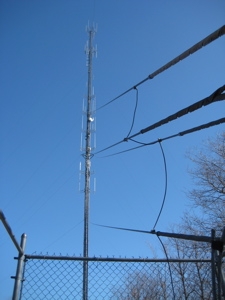 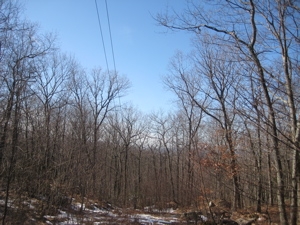 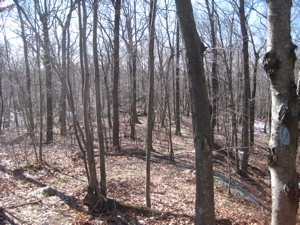 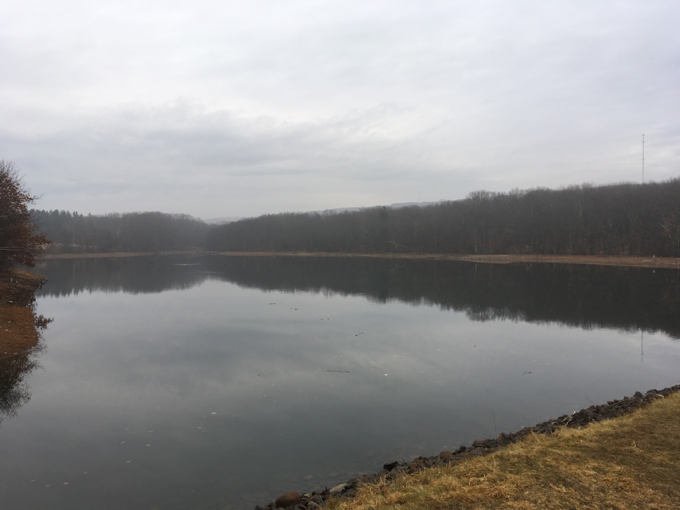 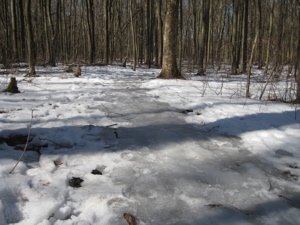 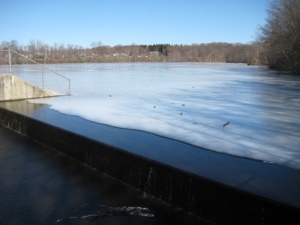 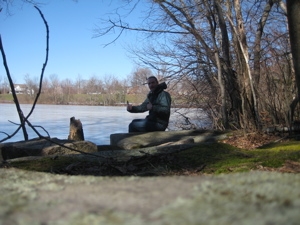 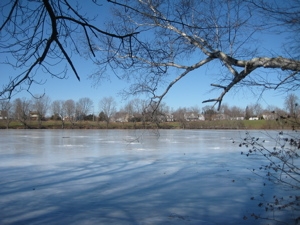 Soon I was back at the log bridge and walking back up to the parking lot – a rather large parking lot by the way. I passed a family of 5 where the dad was unencumbered by the mom was carrying an infant in a backpack carrier. Um, good luck with that. There were several lengthy sections where I had to steady myself on the ice by holding trees. I don’t think I’d have subjected my infant to that, but they appeared to be a tough lot. 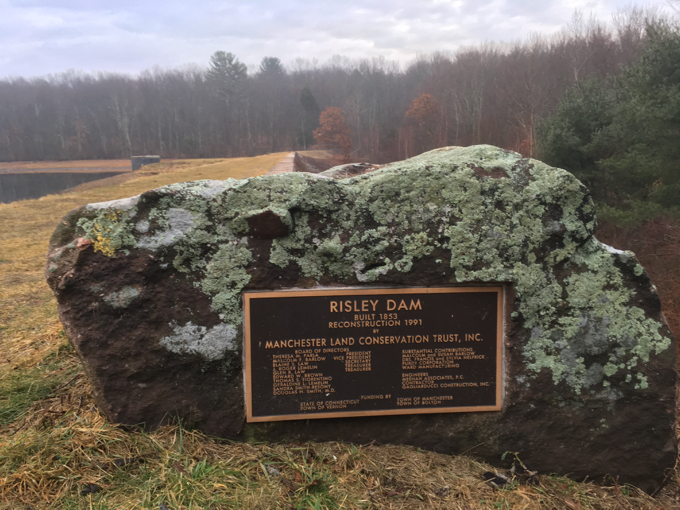 The Shenipsit courses through Bolton and Vernon over and down the other side of Box Mountain, which you can read about here.