I just love the fact that there are so many Bloomfield hikes. I don’t really know what the collective thought about Bloomfield is, but I’d guess it has nothing to do with all the available trails to hike. Even though part of Talcott Mountain State Park and the bulk of Penwood State Park are in Bloomfield, my guess is people tend to think about Blue Hills Avenue and perhaps some of the issues from Hartford’s north end bleeding over into town. 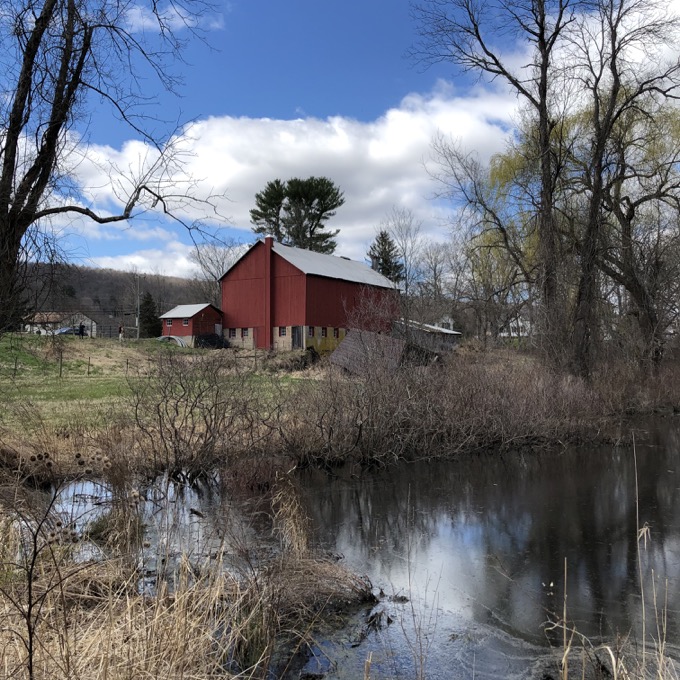 Which is kind of ridiculous, as three-quarters of the town is decidedly more rural than, say, West Hartford or Wethersfield. In fact, Bloomfield has a cross-town trail! Yes, the LaSalette Trail courses from Filley Park in the town’s center out to the Metacomet Trail on the ridgeline at Penwood.

Part of that trail takes in Hawk Hill and the farm along Duncaster Road below and to the west of it. I’ve learned that those who have discovered Hawk Hill keep their secret close to their breast, as its a nice little unpopulated loop hike that has views of Hartford to the southeast and the Metacomet Ridge west and north, seemingly to Massachusetts. 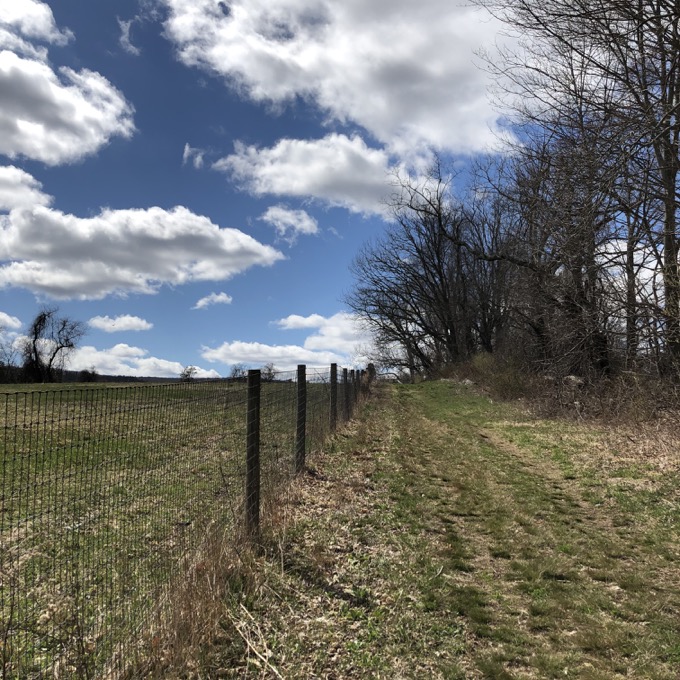 Hawk Hill Farm is one of the oldest continuously operating farms in Bloomfield, dating back to 1746. Multiple generations of the Kelly family operated the farm from the 1860’s to the 1980’s. The post and beam barn was in poor to failing condition when it was bought in 2015. The Wintonbury Land Trust raised $35,000 to successfully stabilize the structure, added electrical power and rebuilt the large sliding front doors.

The farm has a hiker’s lot for a few cars to park at the barn. I’ve passed the farm several times over the years and they used to have some of those long-haired hippie Scottish cows here. I haven’t seen them in a few years, so maybe they’ve moooooved on or have been moooooved; I’m not sure. 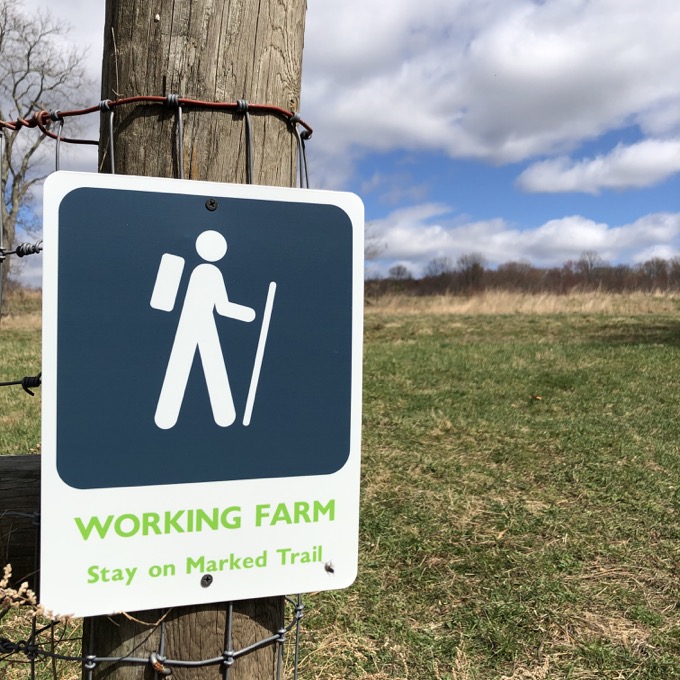 Follow the signs around the fenced enclosure and then up the farm road towards the hill. The farm has some very clear signage, imploring hikers to remain on the trail and not cut across farmed fields. Please follow these directions, because it would be a shame if this place was closed to hikers. Especially since the farm is for sale (in 2020) and who knows what the new owners will do with the place.

There are a few massive white oaks on the way up the hill – just majestic trees that surely used to mark property lines 200 years ago. 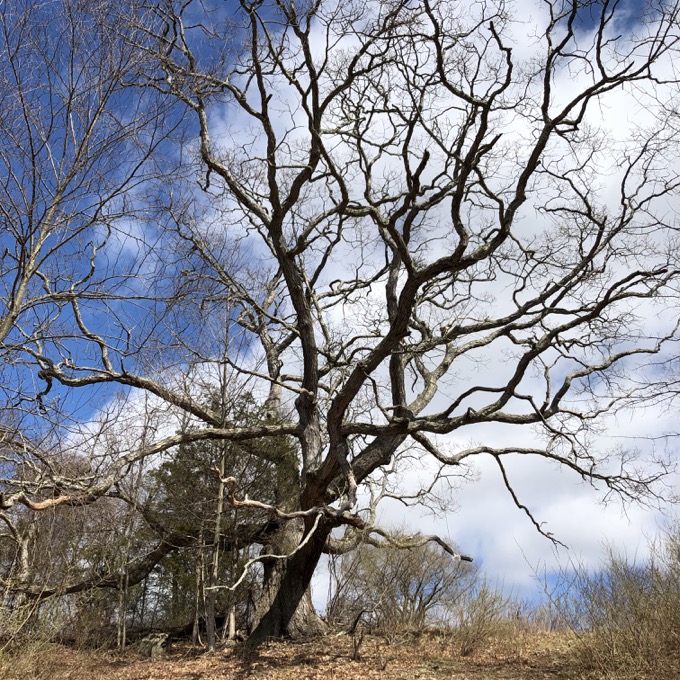 Halfway up the hill, the trail splits to begin the loop. I continued straight up the through the field. This will almost always be muddy, as farm field trails always tend to be. The reward for slogging through the mud is a view of the hills of the Metacomet Ridge that the New England National Scenic Trail traverses, via the Metacomet Trail.

It’s enough to forget that you’re in Bloomfield, so close to houses and roads. 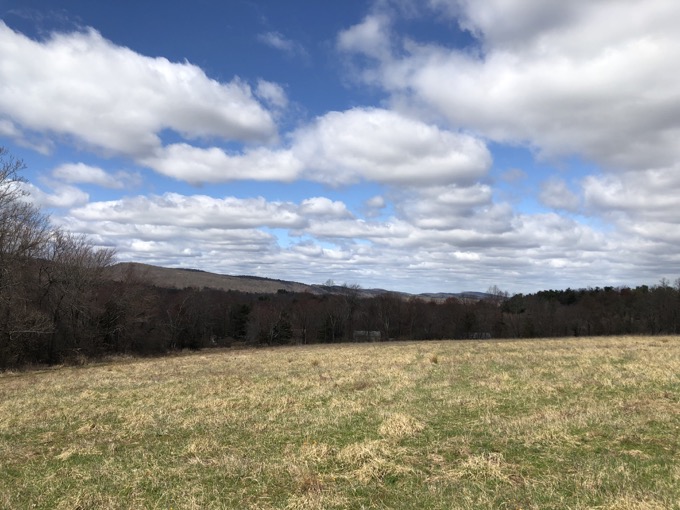 It only gets better at the top of the hill, where the WLT’s Hawk Hill property meets the town’s LaSalette Open Space. Across the field (and down the hill, beyond the valley and town center and highway), lies the capital city of Hartford. 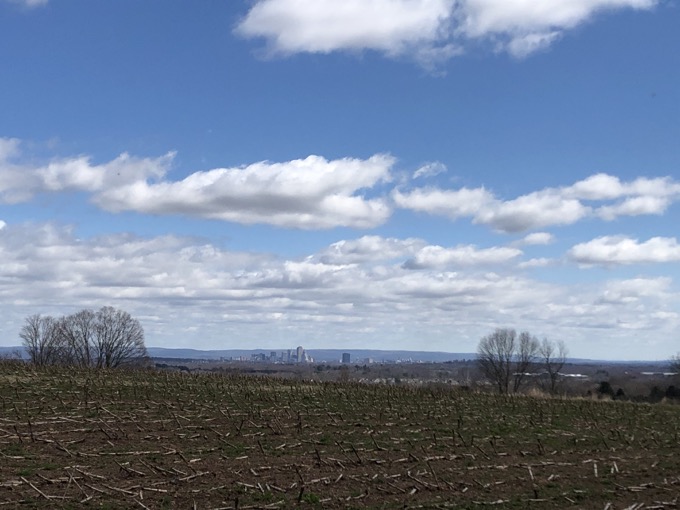 Pretty cool, eh? If you walk the perimeter of the topmost field into the LaSalette property, you will achieve a better view of the city… but for the purposes of this page, we’ll sticking to the Hawk Hill loop trail. If you’re so inclined, you can check out the LaSalette property which will add another mile to the trek.

And if you’re really into this area, feel free to continue east or west along the LaSalette Trail, which I’ve chronicled here. 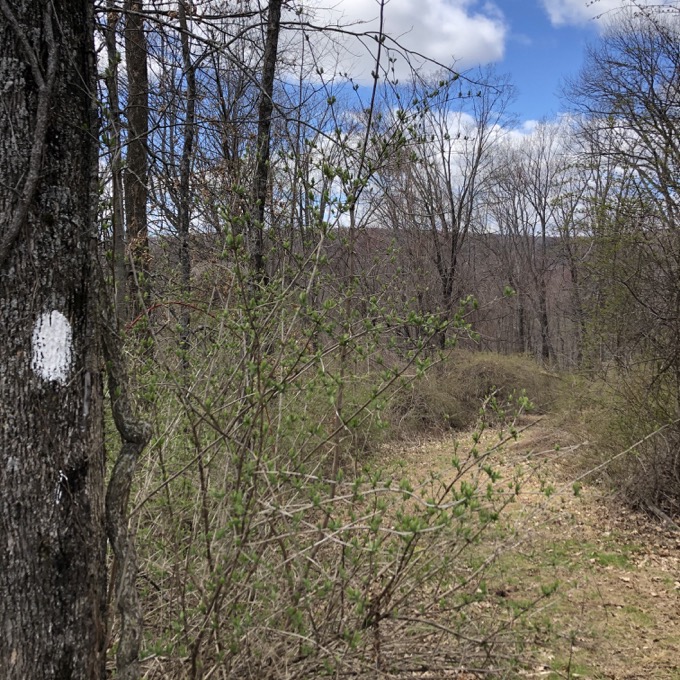 The Hawk Hill loop trail dips back into the woods via a white-blazed trail that will take you back to the junction near the stream halfway back down the hill.

While the trail through the woods is cleared and blazed, it isn’t the most well designed trail I’ve ever walked. It needs some shoring up and perhaps an experienced trail-builder better handle the series of intermittent streams that I walked through. 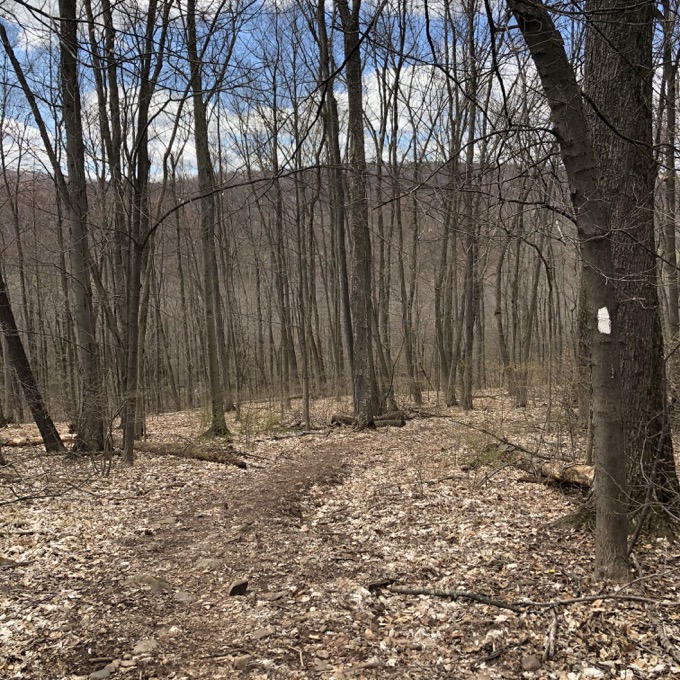 Regardless of all the muck and mud (and, surely, biting insects that will come with warmer weather), it’s worth the effort and annoyance. Once linked back up to the approach trail, I merely retraced my steps past the wolf trees, along the old farm road, and back to the barn and my car. 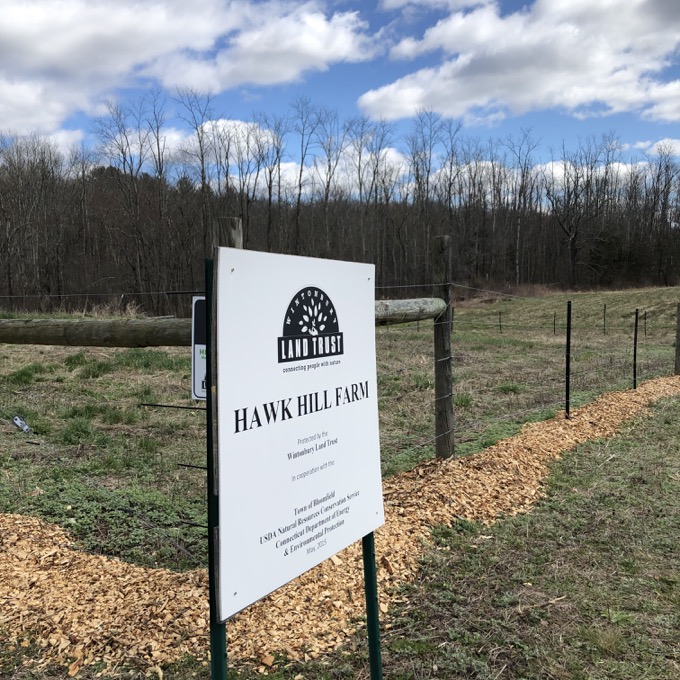