This museum closed in the summer of 2016.

I’m often asked where my love of writing came from. My answer is always the same – “I have no idea.” I have a much easier time answering where my love of travel and exploration came from – my dad. While he’ll be the first to admit that he wasn’t the perfect dad all the time, he’ll also be the first to brag that he took us around the country and back several times. I had a childhood fortunate enough to visit about 15 National Parks from Acadia to Yosemite, from Glacier to Carlsbad. 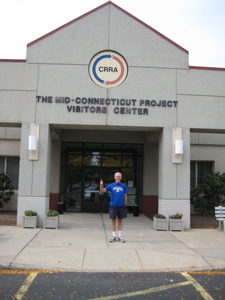 Along the way, I was also dragged – usually against my will – to a bunch of “boring old museums.” I recall days around Washington DC, at Mt. Vernon, or hours wasted at some dusty old fort in Kansas. It goes without saying that those experiences jelled somehow into what I am today – and also what I plan on doing with (to?) my children.

On one of my parents’f visits to Connecticut, I decided to begin paying back my dear old dad – one museum at a time. “And what better museum,” I thought, “than the trash museum?” Indeed. It may sound strange, but my father has a close relationship with trash and recycling. Perhaps because he spent his working life trying to come up with ways to “recycle” the byproducts of the refining process or maybe he’s just cheap like me and appreciates all the nickels people like to throw on the ground. 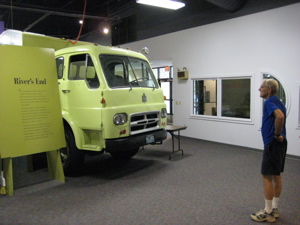 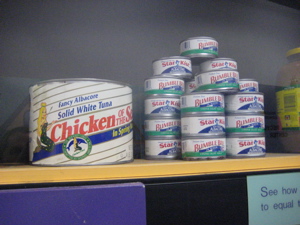 “CRRA” stands for “Connecticut Resources Recovery Authority” which oversees the operation of the four trash-to-energy plants in Hartford, Bridgeport, Wallingford and Preston. (There are 6 in CT altogether, which process more than 2 million tons of municipal solid waste – that’s 82% of the state’s post-recycled trash.) About two of every three cities in CT send their trash to a CRRA plant. In 2004, the four plants generated 1.1 billion kilowatt hours of Class II green power, which sounds like a lot to me. 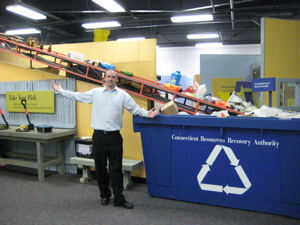 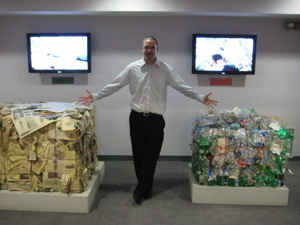 I should note that the CRRA has a mascot: Phillup D. Bag. No joke. And the first thing you see upon entering the museum is the “Temple of Trash.” Awesome. (Actually, it is pretty awesome… Just a massive stuck-together pile of trash molded into a welcoming archway.) Awww, that’s nice. 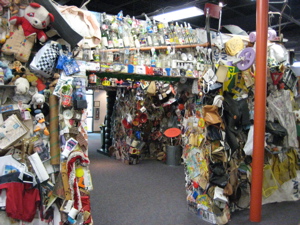 I could go on all day – but there were trash sculptures to see! A 4 foot tall lighthouse made from aluminum cans, Gatorade bottles and bubble wrap! The Colt Building cobbled together from junk, and the Aetna building from other assorted trash. 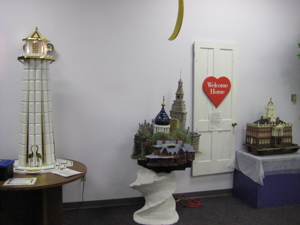 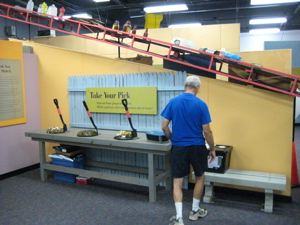 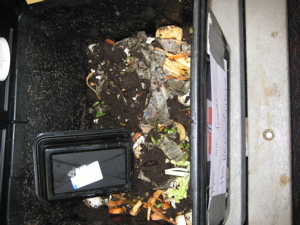 There are several little educational sections to the museum. I learned all about how aluminum is mined and utilized – in case you didn’t know, aluminum is the most abundant metal in the Earth’s crust, and the third most abundant element overall, after oxygen and silicon. It makes up about 8% by weight of the Earth’s solid surface. 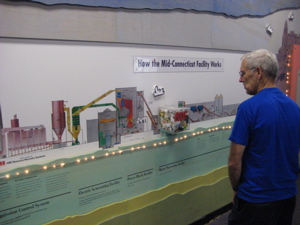 Taking a bunch of pictures is even worse, trust me. 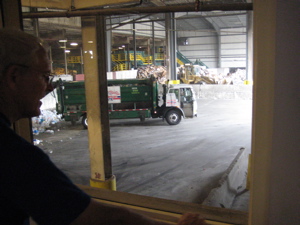 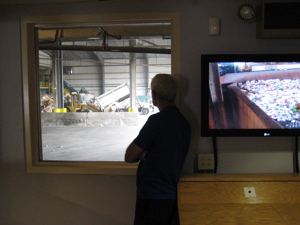 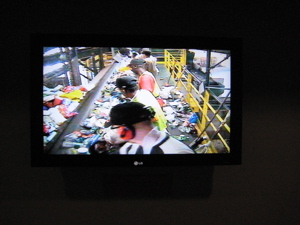 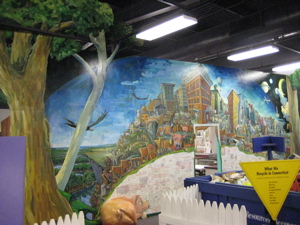 Before we left, the nice ladies gave me a trash hat for my son and were thrilled that we had a good time in their trashy museum. My dad and I left knowing that trash had once again brought us closer together. The best part? CT still has a Garbage Museum in Stratford to look forward to! (Which we visited… and which is also now closed.) 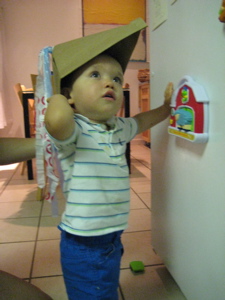