There is a lot going on at Northwest Park in Windsor. Today, you can find all sorts of stuff from a little nature museum to a tobacco history museum to a dozen miles of trails and more. And stuff has been happening here for a long time. 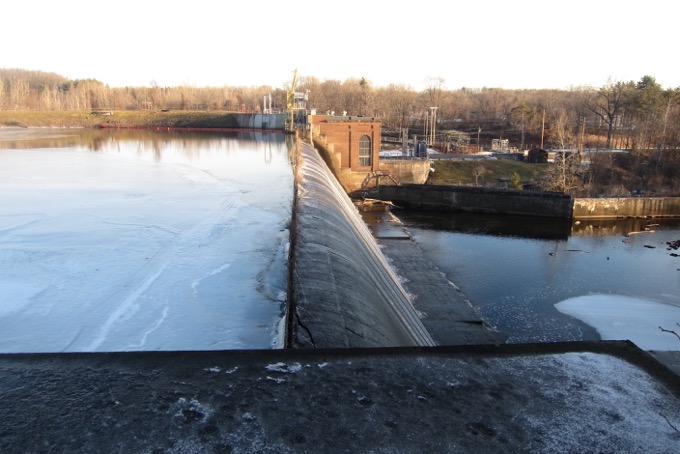 I don’t typically write about random events that occurred one-hundred years ago, but sometimes the story is too good to ignore. Plus, a US First happened here as well – which I do usually write about. So let’s get to it.

Speaking of getting to it, you can hike north from the Northwest Park parking lot to get up to the Rainbow Reservoir, which is a dammed portion of the Farmington River. (You can also drive right to it from the north side if you so choose. There’s a neat little fishway there.)

Most of the factual information is from the Windsor Historical Society, where you’ll find a lot of cool pictures of the old dam.

Hidden beneath the reservoir, very near the current 60-foot high dam that was built in 1925, are the remains of the Oil City Hydroelectric Dam. The older dam was built a quarter of a mile upstream in 1890-91.

An April 12, 1890 article titled A Great New Project announced the building of the original dam and electric power plant. It was to be a 27-foot high dam providing power to Hartford to light streets and power motors in factories there at great cost savings. The plant produced 2,000 horsepower a day. The Oil City dam and the hydroelectric equipment was used to generate and transmit electric power over copper wires eleven miles to Hartford. In these pioneering years of electric power use, this plant also served as a laboratory for experiments with different electrical frequency and phase generation. 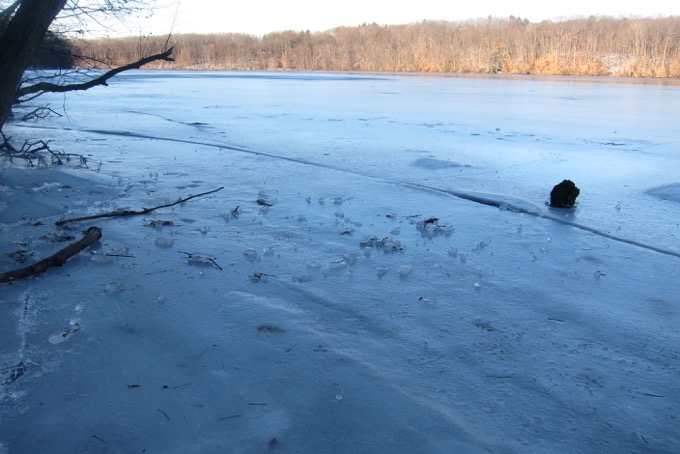 In Hartford, the turbines at the Oil City Dam powered the first polyphaser motor. This was the first long distance power transfer in the United States! That’s… super exciting. I’ve no clue what constitutes “long distance” though. Were there 9 mile transfers prior? 10? And the 11 miles here make it “long distance” and therefore the first?

But that’s not the only dubious claim surrounding the dam. And you all know I love Connecticut dubious claims. For the record, I do not love dubious clams. For obvious reasons. (They’re dubious.)

By now you may be asking yourself why this place was called Oil City in the first place. There’s certainly no oil wells in Windsor, Connecticut. The story behind the name is probably apocryphal, but I hope not. Supposedly, oil was seen on the rocks near the dam. The next thing locals knew, an oil well drilling guy from Pennsylvania magically appeared in Windsor. This man dumped some oil he brought on the rocks and the next morning he demonstrated a portable version of his oil pump or rig or whatever. The local rubes bought his lies and invested with him. 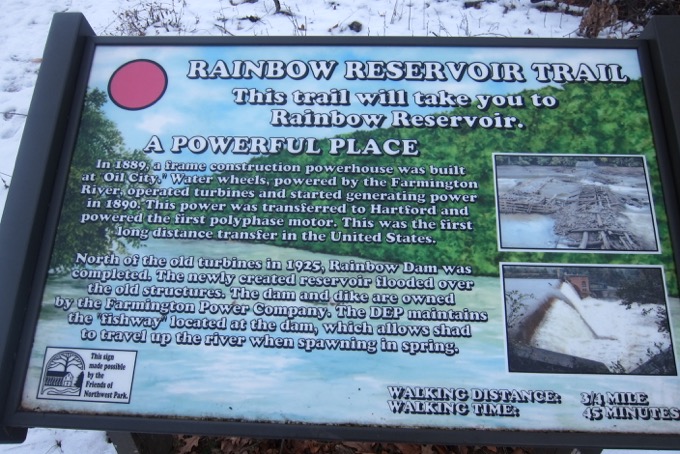 And by the next morning, he was long gone with their money. But the name Oil City somehow stuck to the area. All this without disinformation on disinformation King Facebook.

So there you have it… today’s Rainbow Dam was the site of a 19th-century dam that generated electricity which was transmitted the longest distance in America at the time which is also the site of a snake oil salesman without the snake who ripped off a bunch of dopes that gave the place its incongruous name which was used for decades thereafter.