My gosh this is a cute-looking little museum in the cute little Stony Creek section of Branford. What is this, a former church or something? Even the rainy day didn’t dampen our spirits as we visited the Stony Creek Museum. 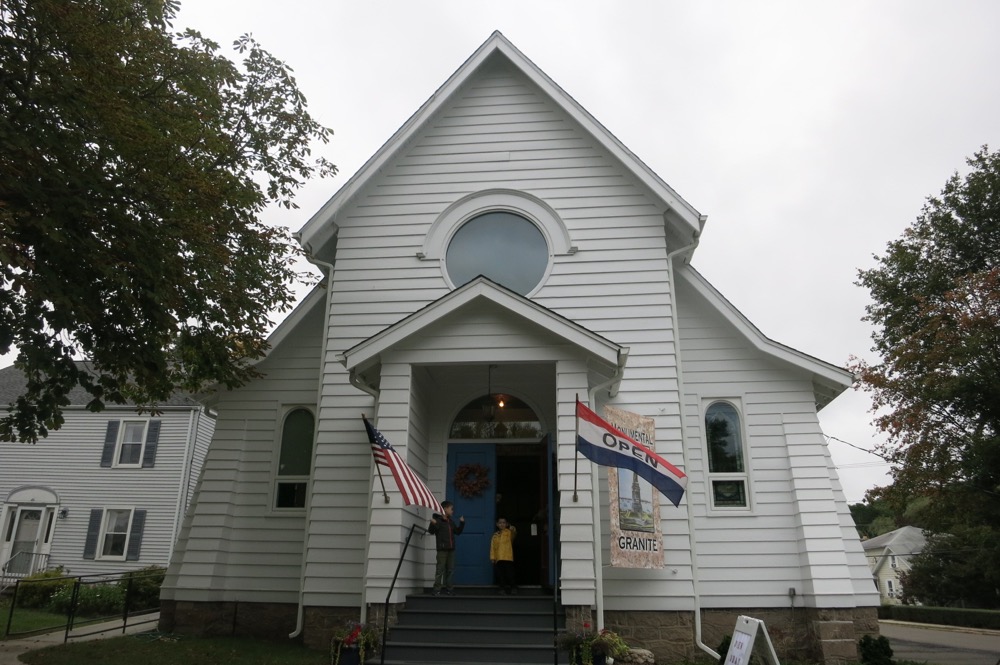 A museum that has a bunch of exhibits covering several parts of the enclave’s history. But here’s the thing: there are two things Stony Creek is known for: its pink granite and… everything else. So let’s dispense with everything else first.

One of the “everything elses” are the Thimble Islands which are pretty cool. The Thimble Islands is an archipelago consisting of a whole bunch of small islands in Long Island Sound, located in and around the harbor of Stony Creek. (For those unfamiliar with Connecticut town conventions, Stony Creek is a small section of Branford in its southeast corner.) There are popular cruises around the islands; some are inhabited, most are not. 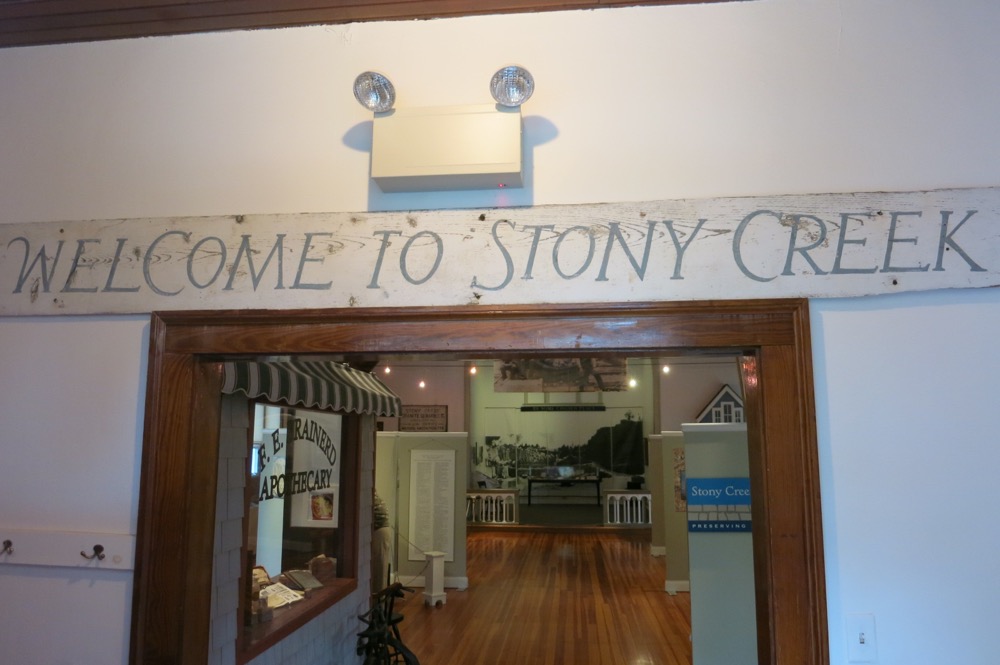 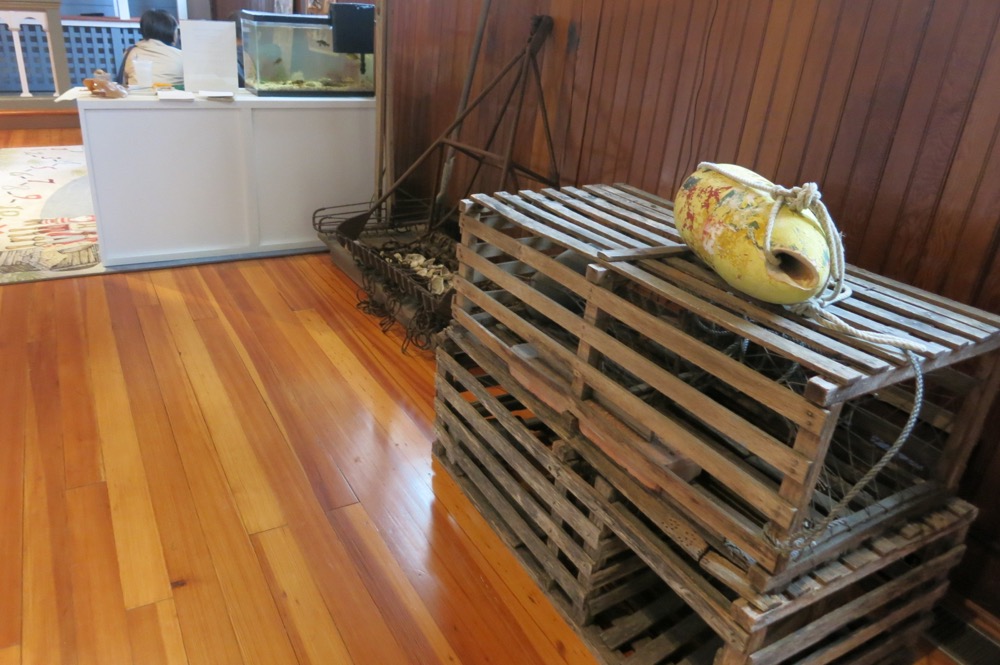 The Thimbles are made up of Stony Creek pink granite bedrock and were once the tops of hills prior to the last ice age. Oh. The Thimbles took us back to the granite anyway. And here I was trying to avoid it for the first several paragraphs!

Let’s see, there’s historic fire-fighting equipment and a century old apothecary store display. This latter exhibit is certainly impressive in its thoroughness – lots and lots of original drugs and bottles and things are on display. The Stony Creek Fife and Drum corps gets some space. 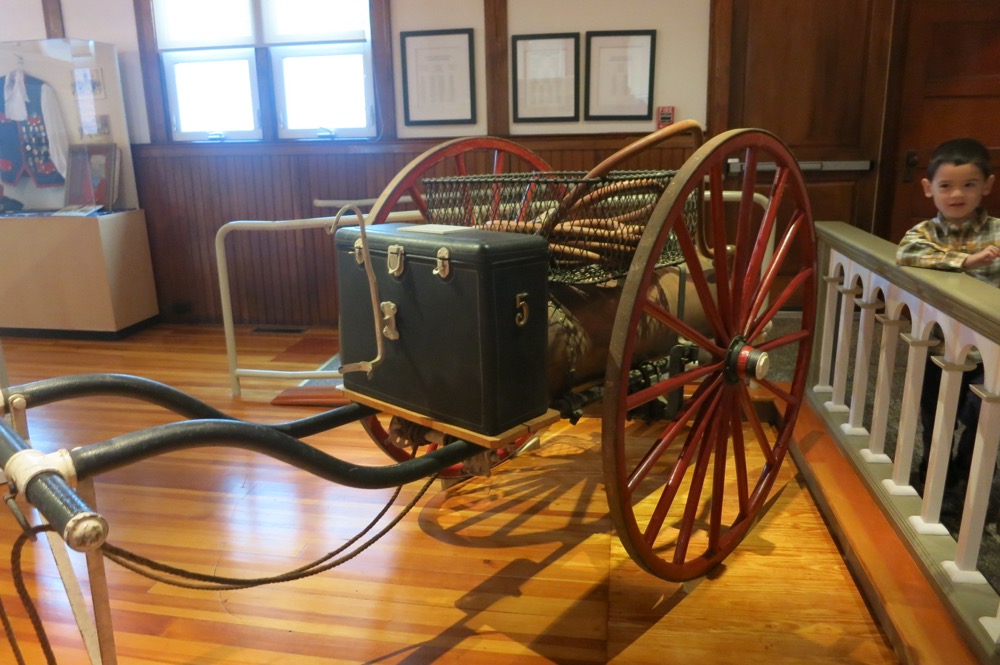 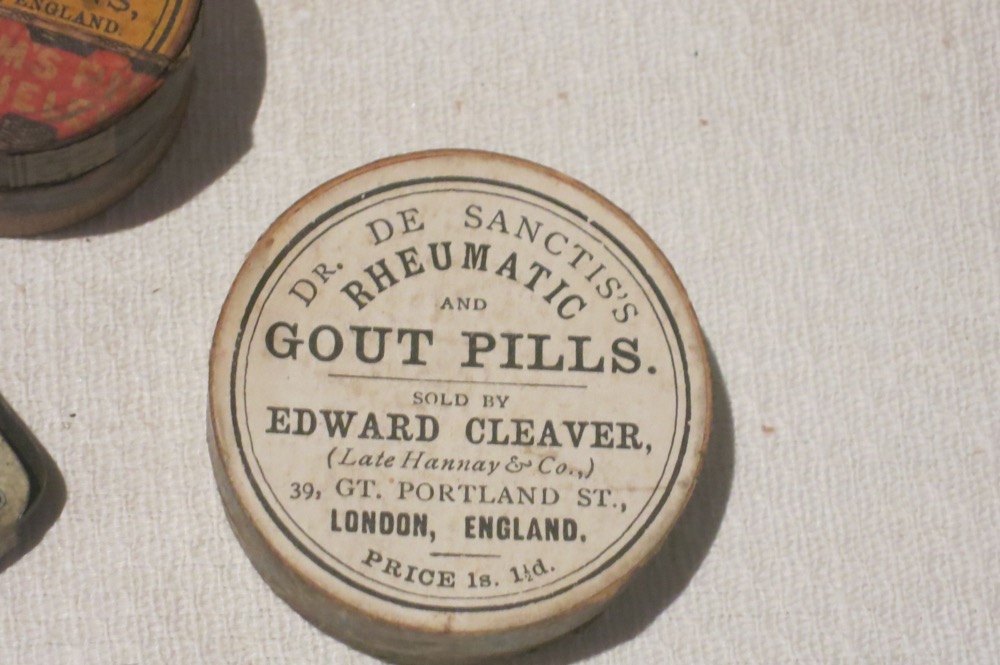 I’ll give you one guess.

There’s a women’s consignment store here named Taken For Granite. That’s good. That’s really good. Aside from the clothes, they also sell granite accoutrements for your home and other knick-knacks and stuff. Alright. Let’s get to the star of the show. 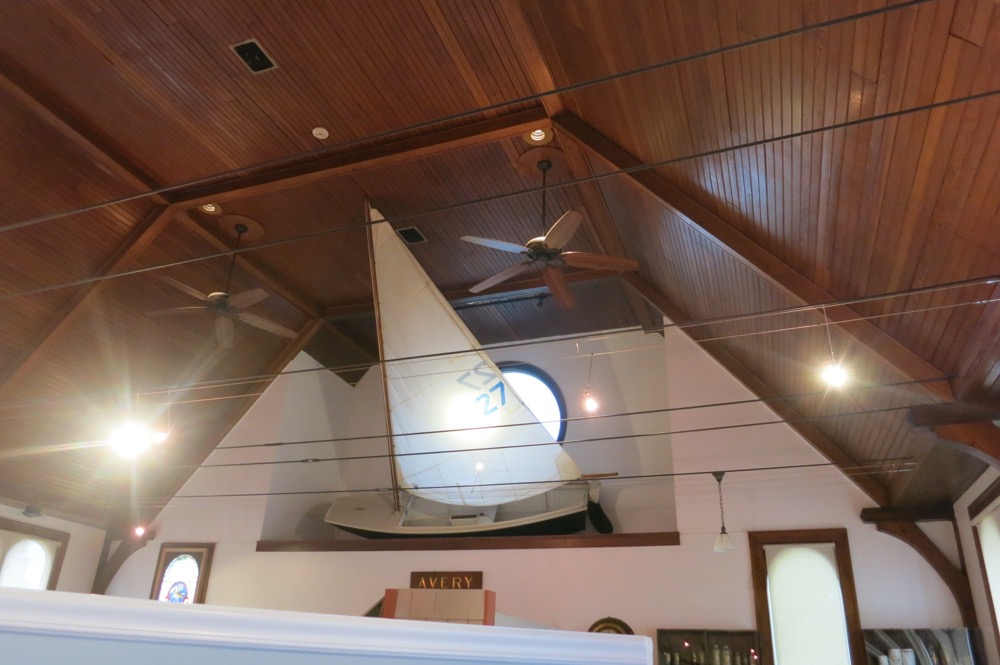 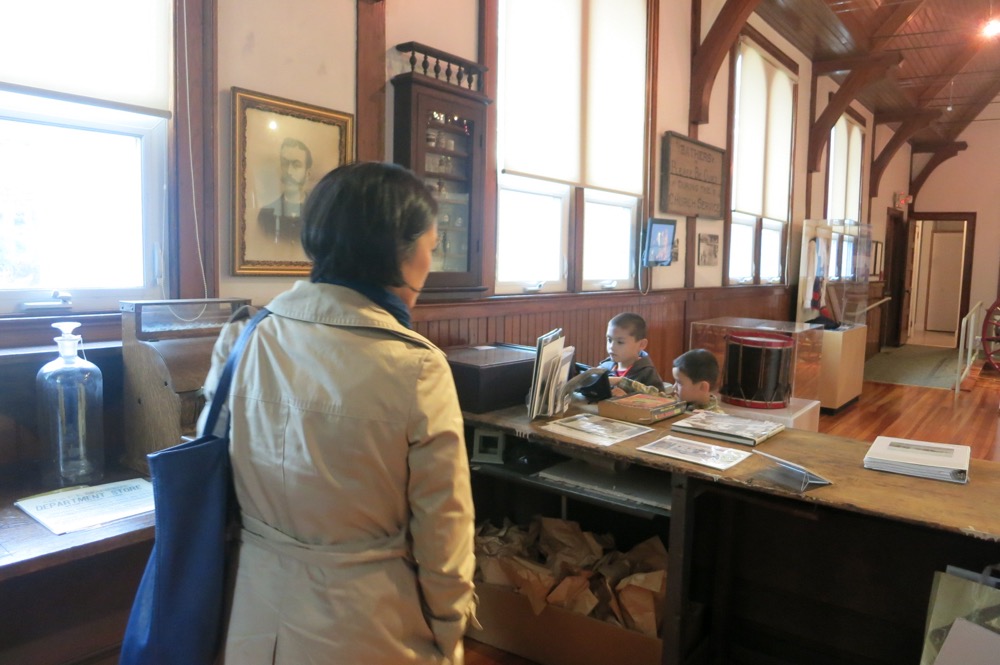 Stony Creek Granite is part of a Mesozoic era deposit formed between 225 million and 650 million years ago. It is an igneous rock, largely composed of quartz, that was formed underground by the cooling and solidification of molten rock and volcanic lava. It is thought to have formed near the northwest edge of what is now South America and has migrated up here after hundreds of millions of years.

Stony Creek granite was first quarried in 1858. The stone was immediately recognized for it’s beauty, strength, and usability. Several quarries followed that first one, and the industry reached its height just prior 1900 when as many as 1,800 men were employed. Quarrying was brutal and dangerous work, but men came from all over to make a life for themselves and their families. Quarry workers were Italian, Irish, Swedish, Finnish, English, Scottish and Spanish. 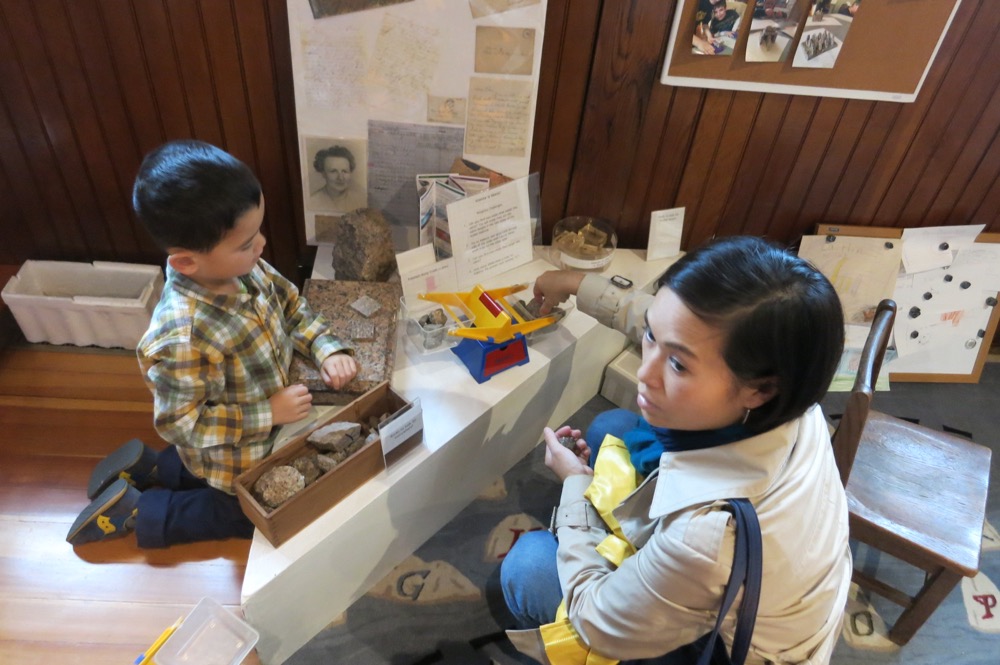 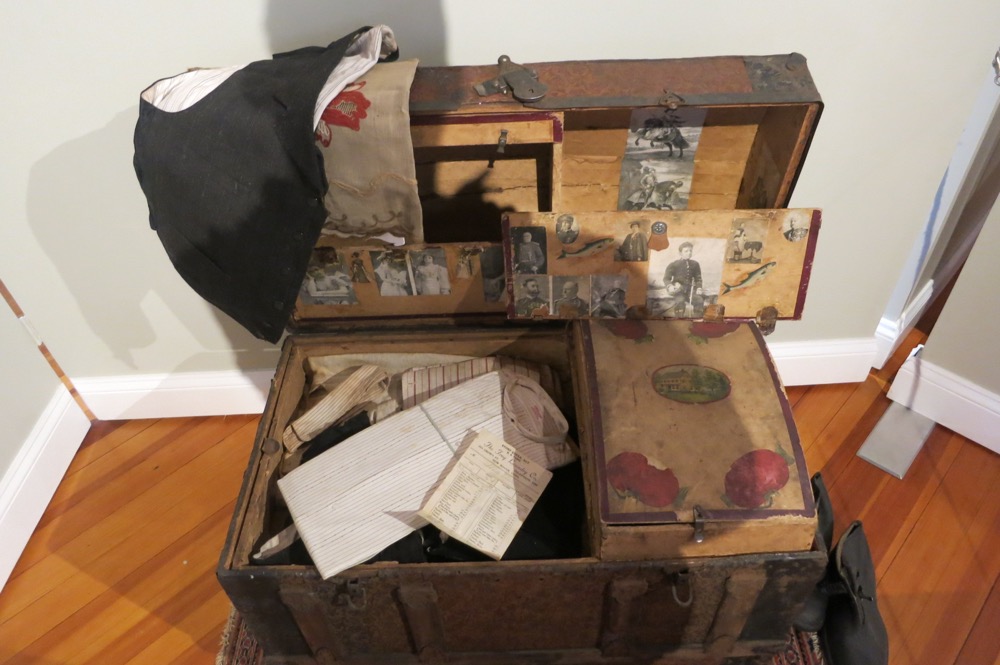 With rail and sea access, coupled with proximity to Boston, New York City, Philadelphia and beyond, Stony Creek’s quarries became the source of so many iconic buildings and monuments, you won’t even believe it. The list is immensely impressive.

The foundations of the Brooklyn Bridge and Grand Central Station. Granite for the post office at Grand Central Station. Grant’s Tomb and many Columbia University buildings. Boston’s iconic South Station. More recently, the AT&T Building in New York is a Stony Creek granite monolith. The West Point Monument is a single, massive piece of granite, and the story is fairly incredible:

[A Stony Creek quarry was] selected to provide the stone because its chief characteristic was the ability to produce large stones from ledges of great length without seams. In this case a single blast produced a block 20 feet square and 50 feet long without a crack. The creation of what was ultimately to be the tallest monolith in the world took two years to complete.

Transporting the West Point Monument to its final destination was an equally impressive job. It was transported by rail on two flat cars. Because it weighed 75,000 pounds, the top speed of the train was 10 mph to avoid overheating. During the train trip the two flat cars unhitched and the stone rolled to the ground but was not damaged. The monument was brought across the Hudson River by boat then up the hill to West Point by train. 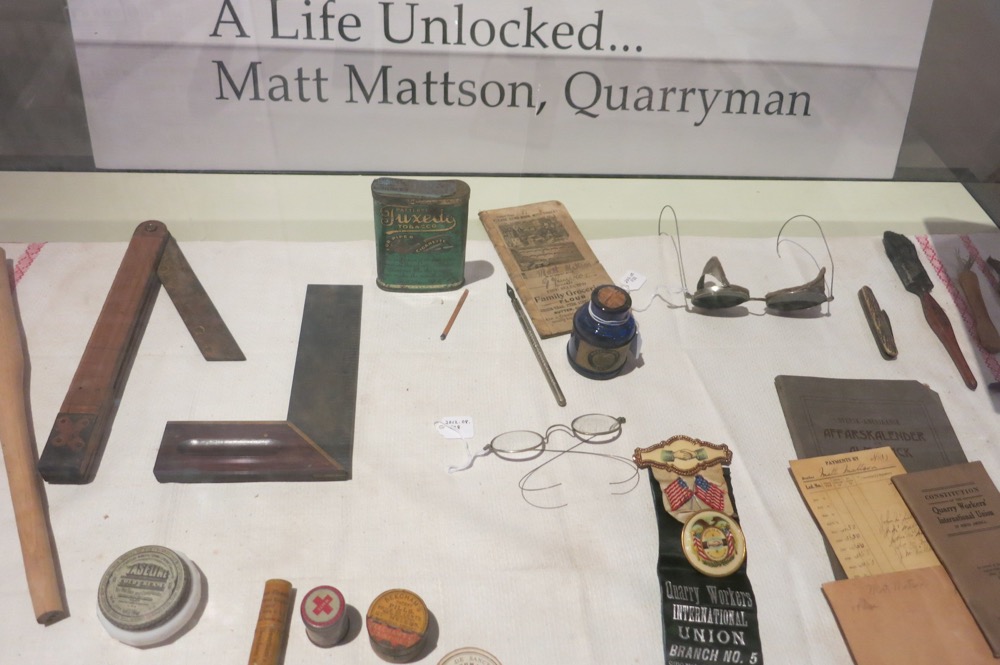 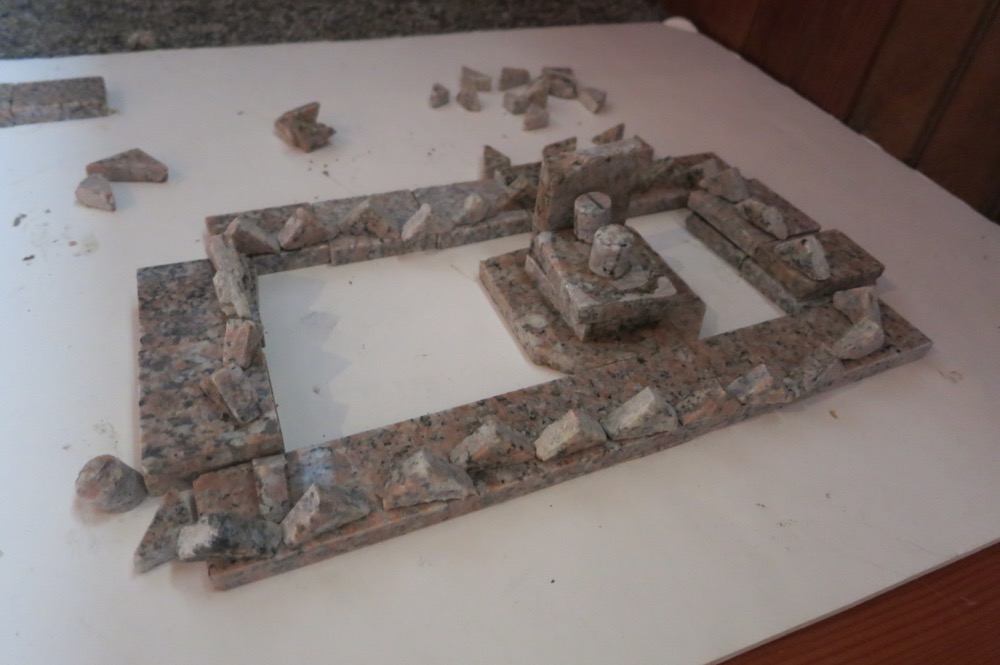 Now, any of you familiar with the quarries is wondering about arguably the most famous chunk of local granite. The base of The Statue of Liberty came from here. The museum has a very detailed exhibit on how this came to be and how the locals pulled it off.

The museum was not as detailed regarding the deaths and ruination of lives the quarries caused. Who knows how many suffered from silicosis later in life, but the more immediate impacts – getting blown up, getting crushed, losing limbs – that stuff was fairly well-documented and horrific. The workers formed a union in 1901, demanding higher pay and perhaps a few safety measures. This action crippled the quarrying, but World War I pretty much ended it as it was. 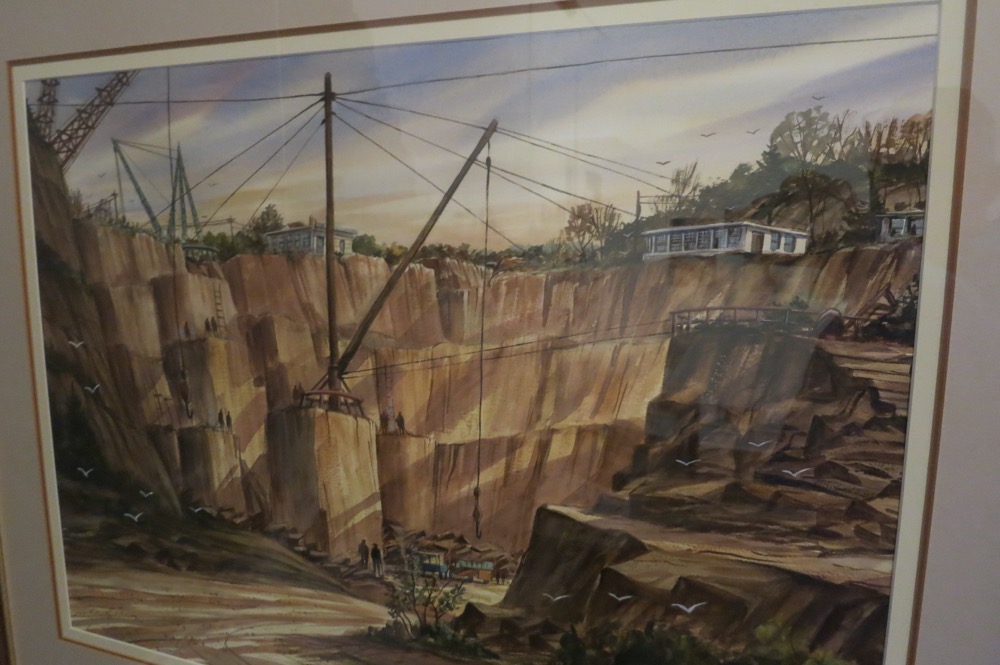 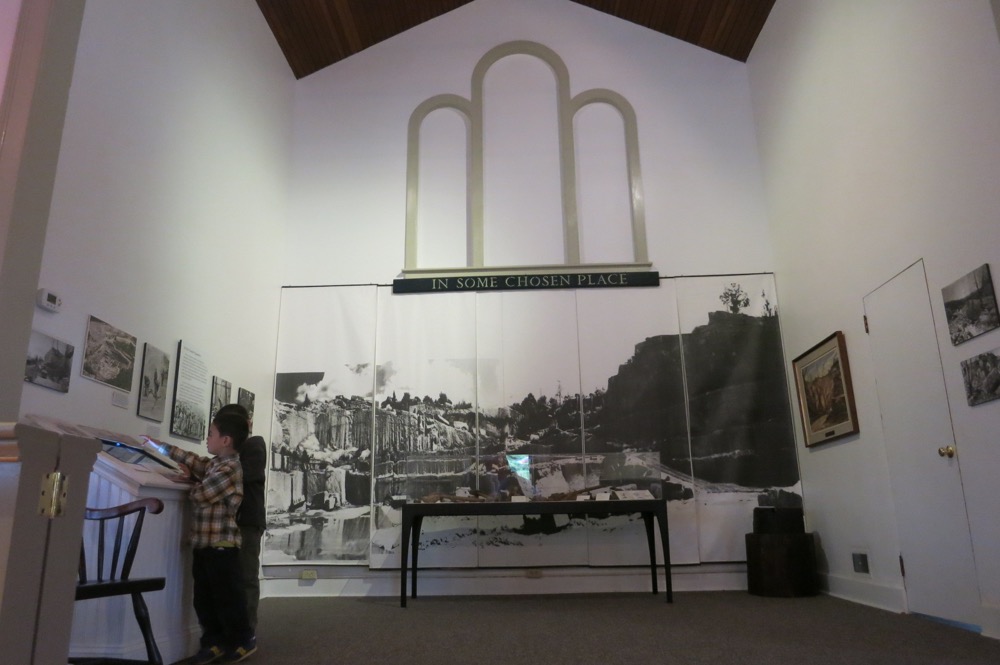 Black powder became impossible to obtain and the country wasn’t spending lavishly on beautiful pink granite facades anymore. Today, the stone is still quarried and in fact there are tons of examples around Connecticut that are from your lifetime. The Torosaurus pedastal at the Peabody Natural History Museum at Yale? Stony Creek granite. The Noguchi installation at Cigna’s headquarters in Bloomfield? Stony Creek Granite. Installations along the Lincoln Financial Sculpture Walk in Hartford? Yup. The walkway and benches at the Smithsonian. You betcha. 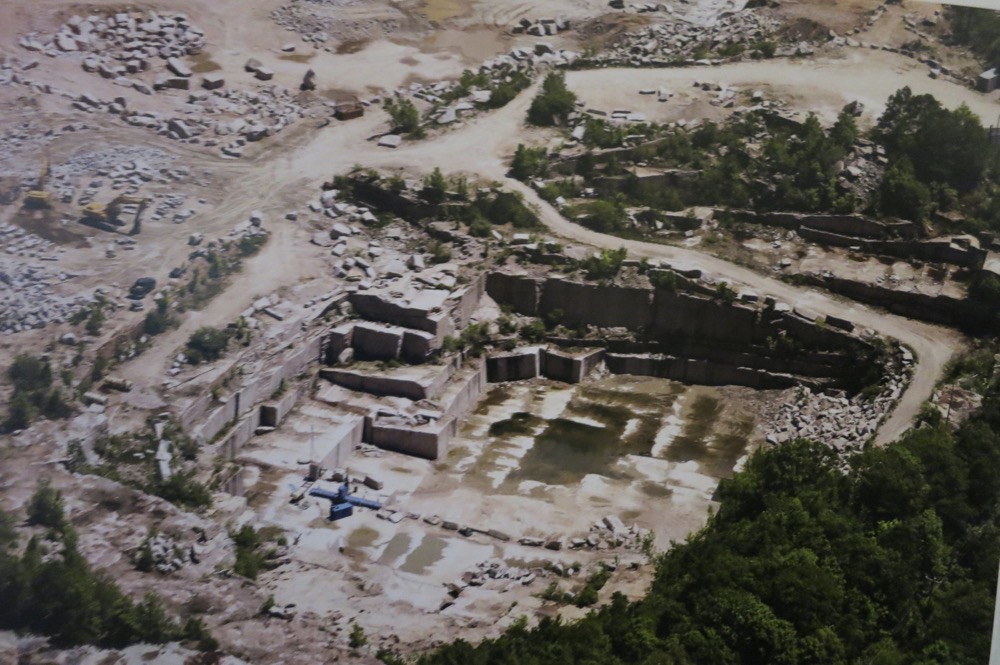 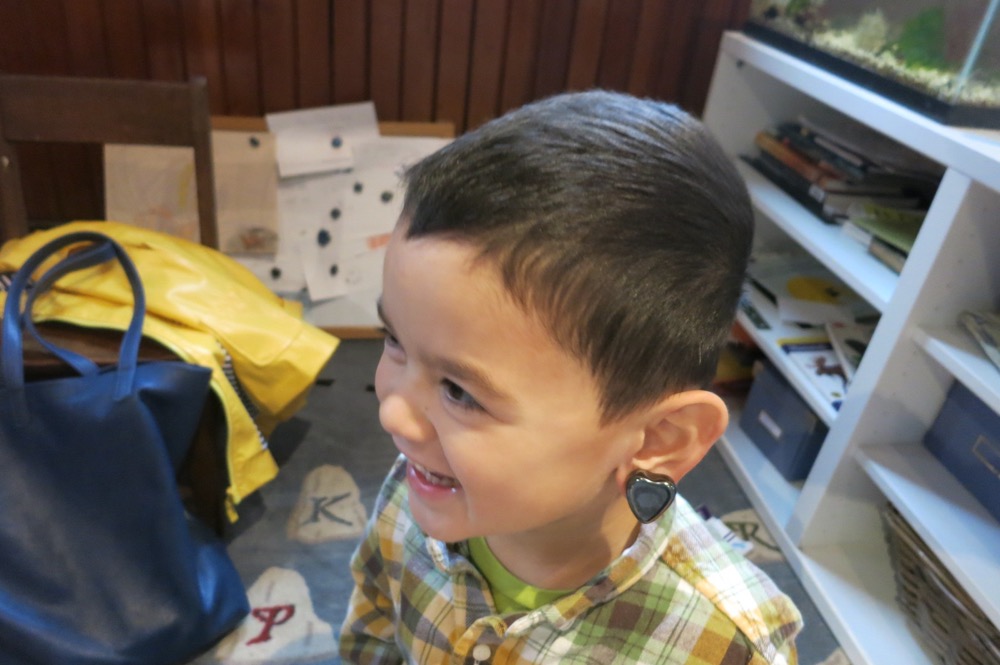 The museum had neat little quarrying activities for the boys and one even allowed Hoang to recall her days as an architectural student at the University of Rochester. It’s really cool that they do focus on kids’ activities as much as explanations about the rigors of 19th-century quarrying.

This is one of those museums that simply must continue to exist to tell the story of one of Connecticut’s most important former industries. You can hike through some of the quarries via the Stony Creek Trail system and you can commission your own pink granite piece today (link below). It should be a prerequisite to visit before anyone takes one of those Champagne and cheese Thimble Island sunset cruises. But maybe that’s just me. 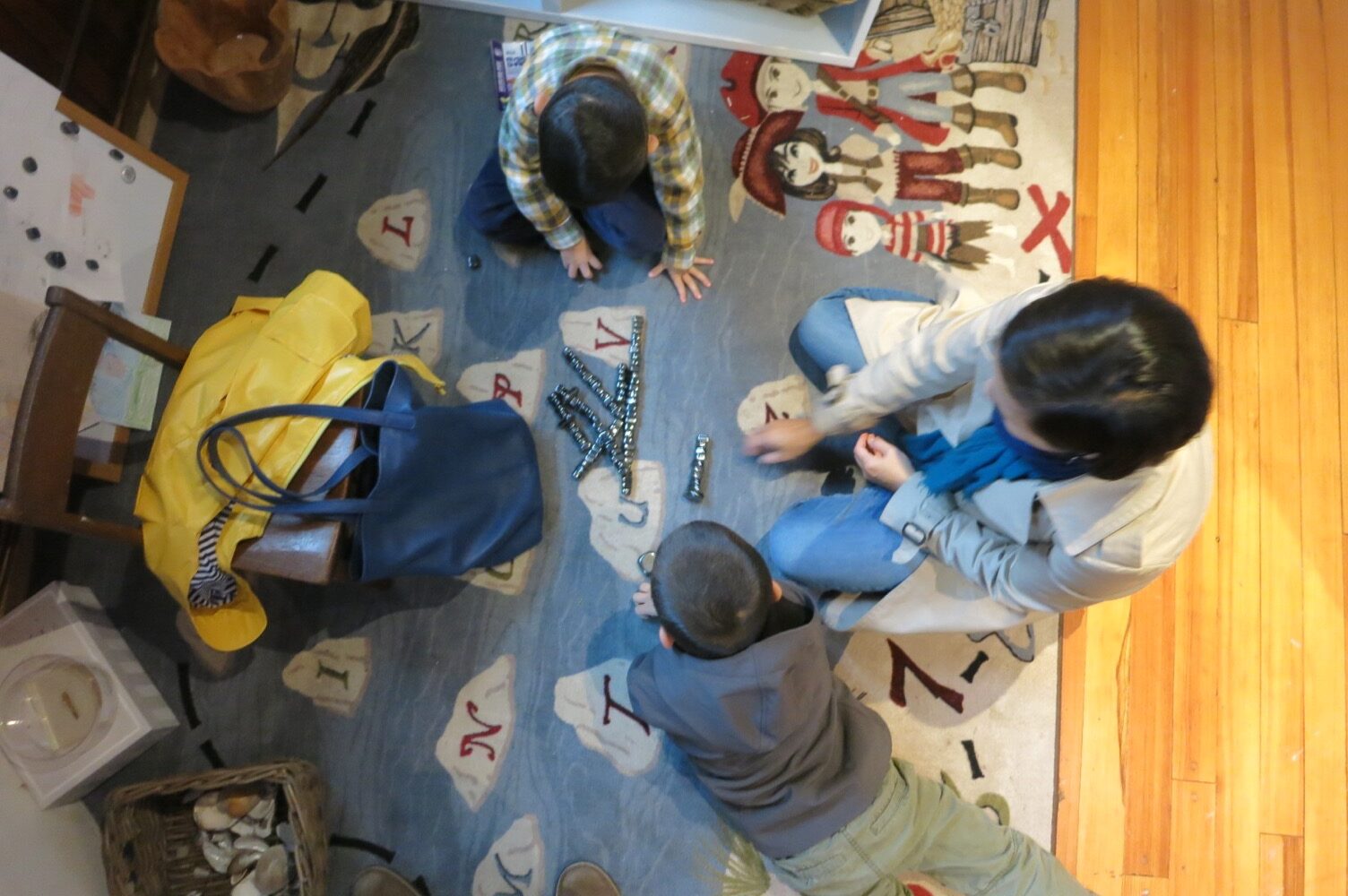 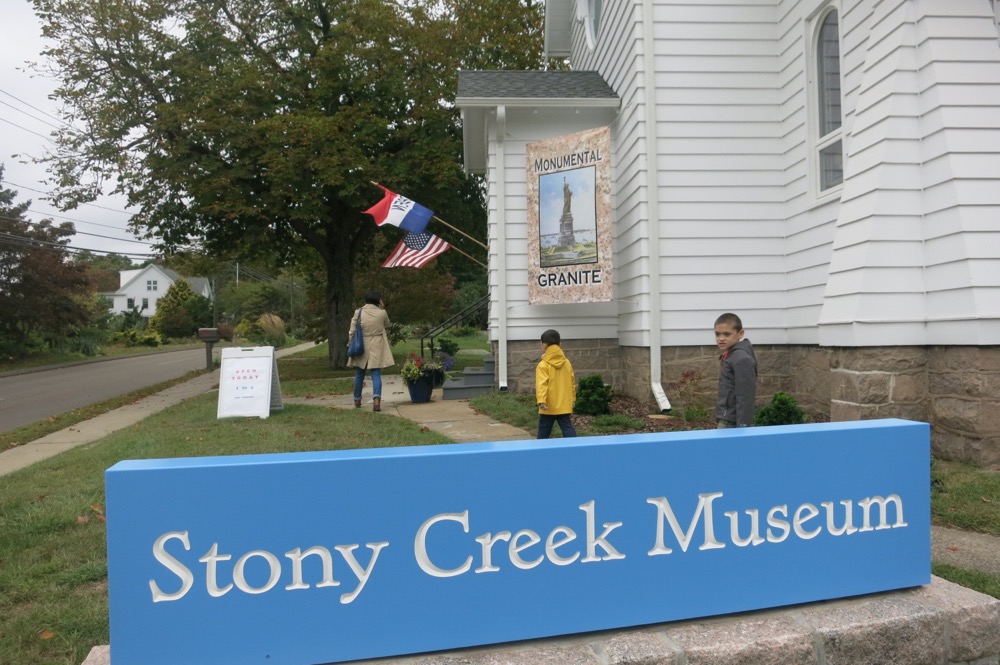