This page merely serves as a sort of jumping off point for the purposes of CTMQ. It will also hopefully be out of date every couple of years, as those who are working on creating, preserving, and protecting more and more miles of this path are continually successful. 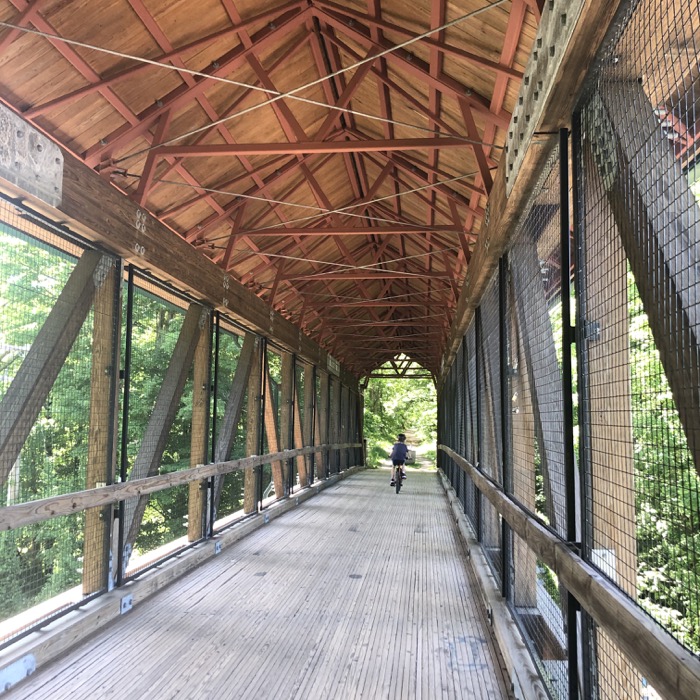 The East Coast Greenway is a walking and biking route stretching 3,000 miles from Maine to Florida, connecting our nation’s most populated corridor. It’s pretty cool to see the signs along the way noting the distances to Key West and Calais, Maine at the New Brunswick border.

In Connecticut in 2020, the Greenway is 200 miles, about half of which are “protected Greenway” and half of which is on roads – often right through cities. It utilizes a series of existing rails-to-trails path like the Air Line, Hop River, and Farmington Canal Heritage Trails. At the time of this writing in 2020, the route from New Haven to Greenwich is all on roads – but the folks behind these efforts have been fighting for the 37.5-mile Merritt Parkway Trail for a few years now. We’ll see how that turns out.

I won’t be “completing” the path in an orderly or completist fashion. However, I will link to the established paths and trails that make up the ECG below.

Listing is east to west, but my own rides won’t be. Generally. 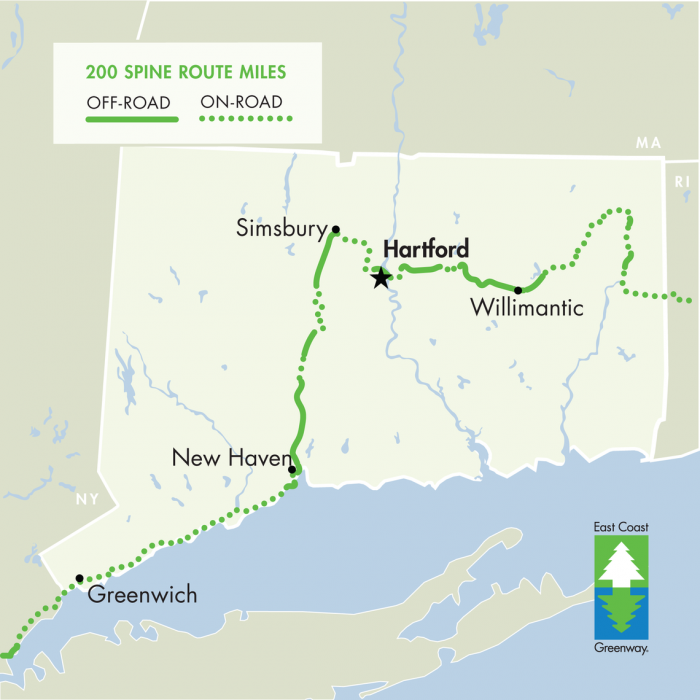